Carn nan Tri-tighearnan - surely not for the 4th time!?

Carn nan Tri-tighearnan - surely not for the 4th time!?

Proof that Jackie likes bagging despite all of her protestations...this walk was her idea

. I had mentioned how haggy this hill was and how it would hold almost no appeal unless you happened to live very close to it. This was seen as a challenge, and with our extended stay in Inverness now looking to continue until the new year at least, it was a hill that would conveniently fill a half-day. I can't say I'd ever expected to penetrate the peat-strewn wastes of this plateau for a 4th time, but here we were....

For ease of walking and because I hadn't been up from the east, I suggested we follow BlackPanther's route up from Daless. A good estate track from here extends most of the way to Carn na Uillt Bhric, way further than shown on the map currently. This leaves a mere mile of apparently flat ground to cross to the summit. I knew from experience that it wouldn't be flat or straightforward, but it was better than any other approach!


our_route.gpx Open full screen  NB: Walkhighlands is not responsible for the accuracy of gpx files in users posts
Today was forecast to be windy even low down, and driving over from Cawdor, the car was buffeted around and there were many bits of branch on the roads. When we stopped at Daless and opened the doors, they were almost removed by a gust

. There was a lot of activity at Daless - looked like a shoot of some sort, but with lots of young folk around that didn't look like estate workers. I wondered if it was a bit of a day out for people studying estate management. 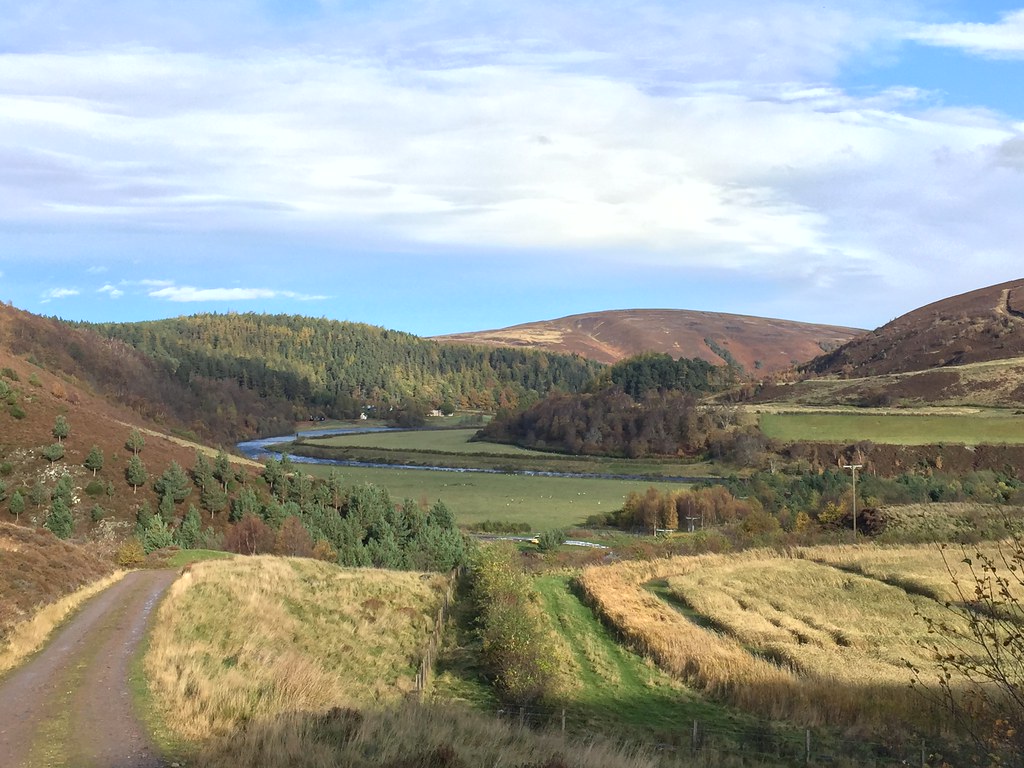 We were soon clear of people and heading up the track. This climbed steeply before a junction dropping back down to the Allt Breac took us onto the side of the hill we were trying to get up. Great views up and down the Findhorn here, which was another reason I had wanted to start walking here. I had taken my mountain bike through this bit of the Findhorn years ago, having to wade the river twice to stay on tracks. Considering how close to Inverness and the A9 it is, it feels very secluded down here. 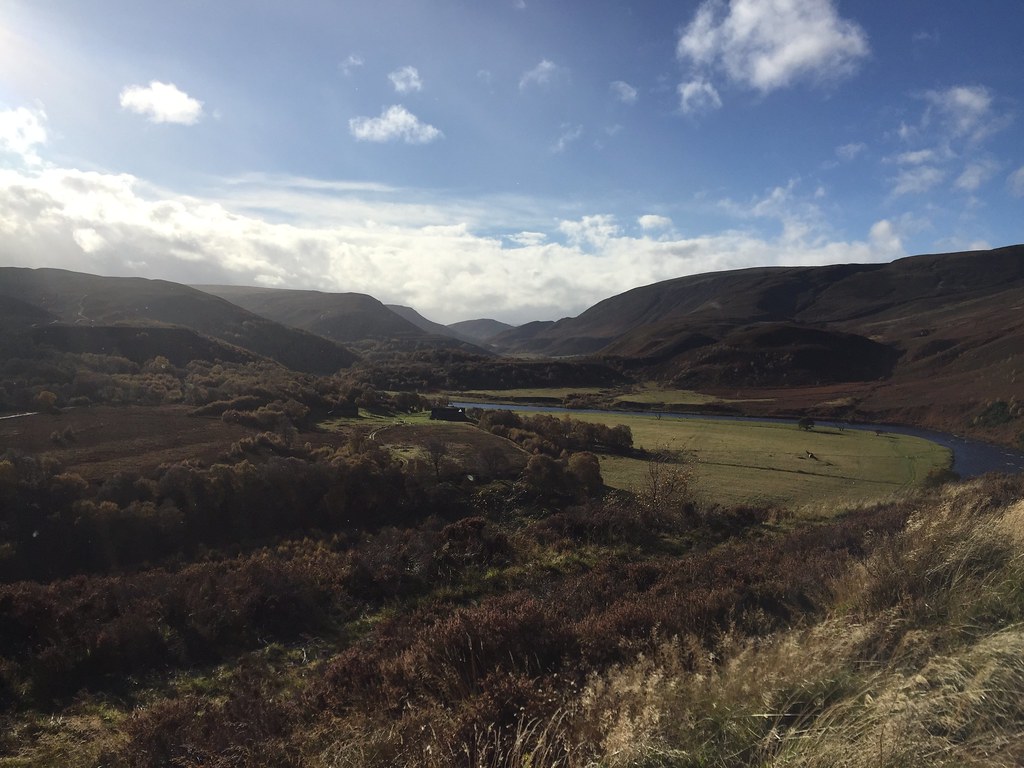 SW up the Findhorn 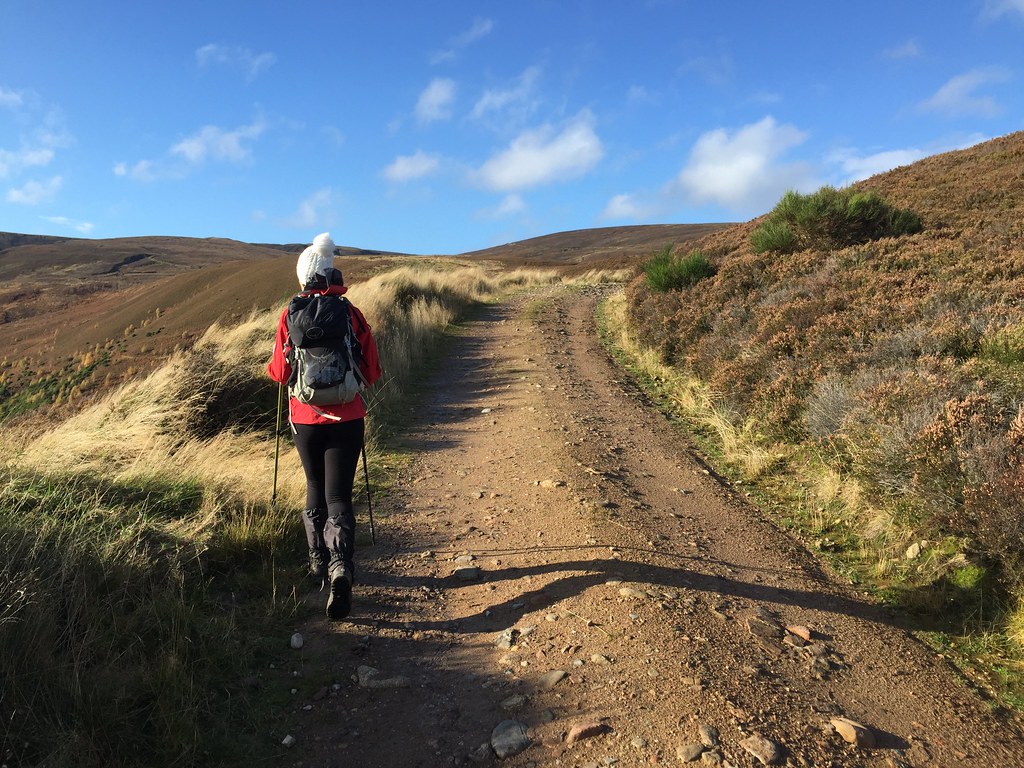 The wind was ferocious higher up, and as we climbed towards Carn na Uillt Bhric a heavy shower set in. This was disgusting, and the main reason that until waking up this morning, we had no intention of going out on the hills this weekend. 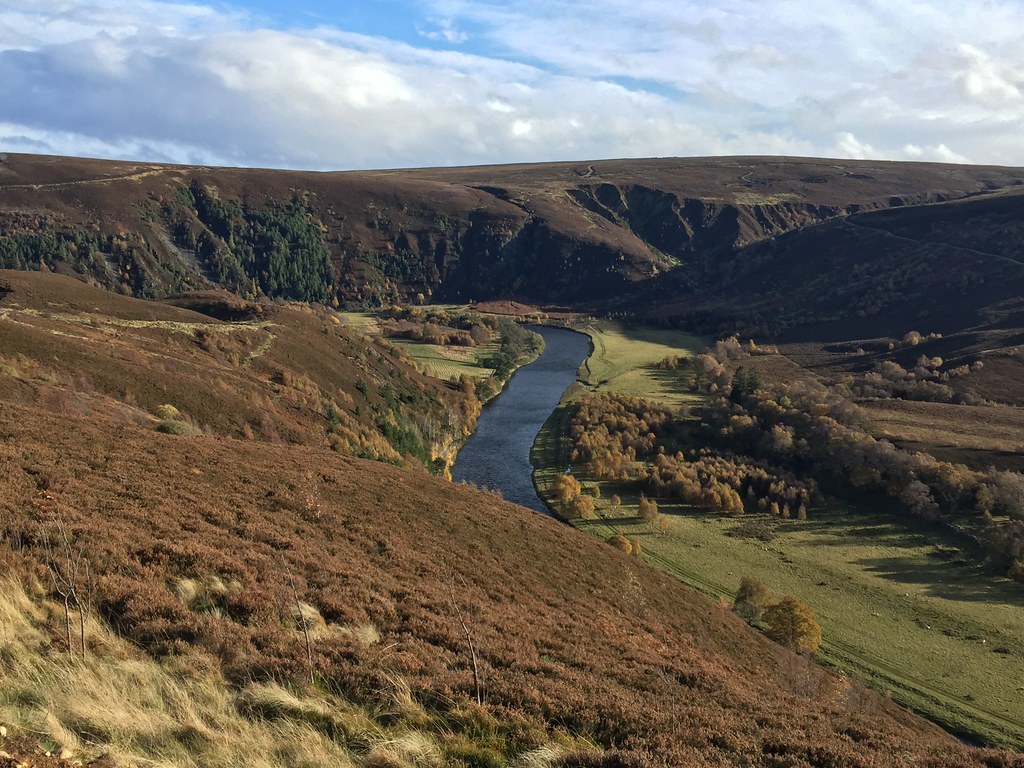 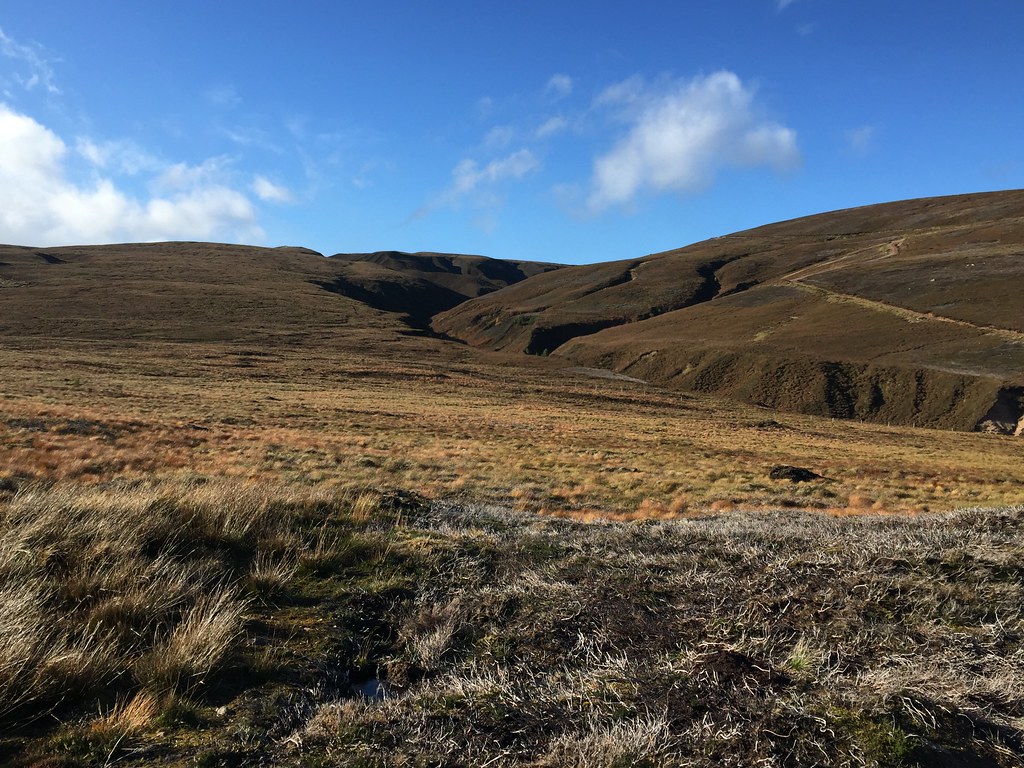 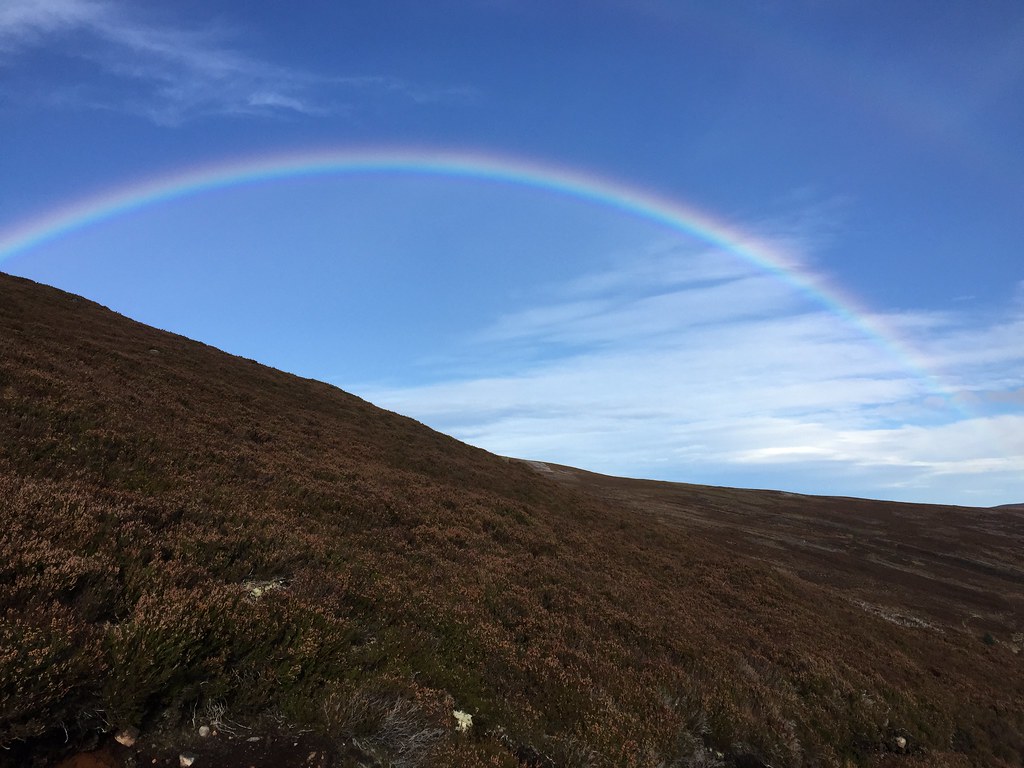 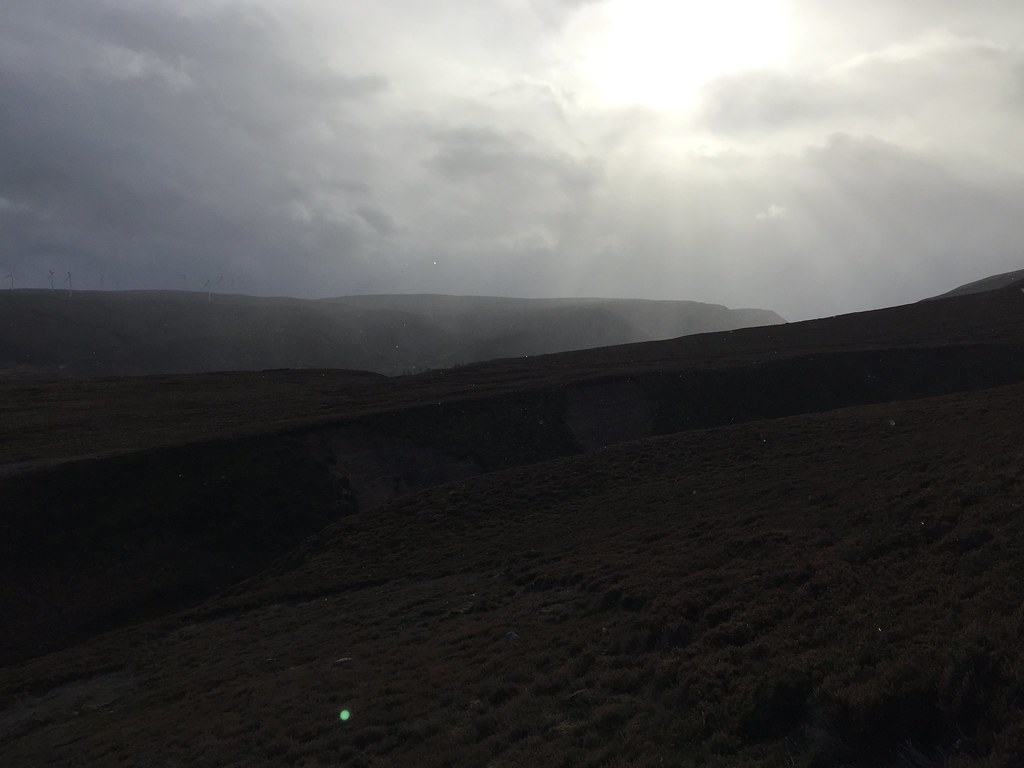 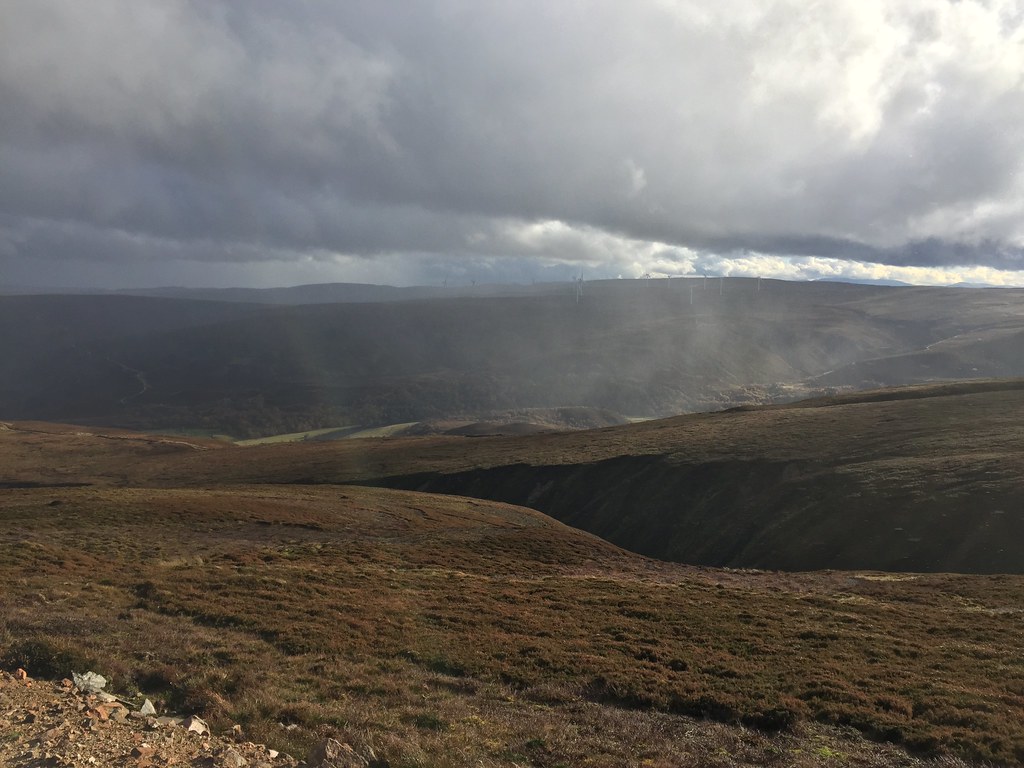 South across the Findhorn 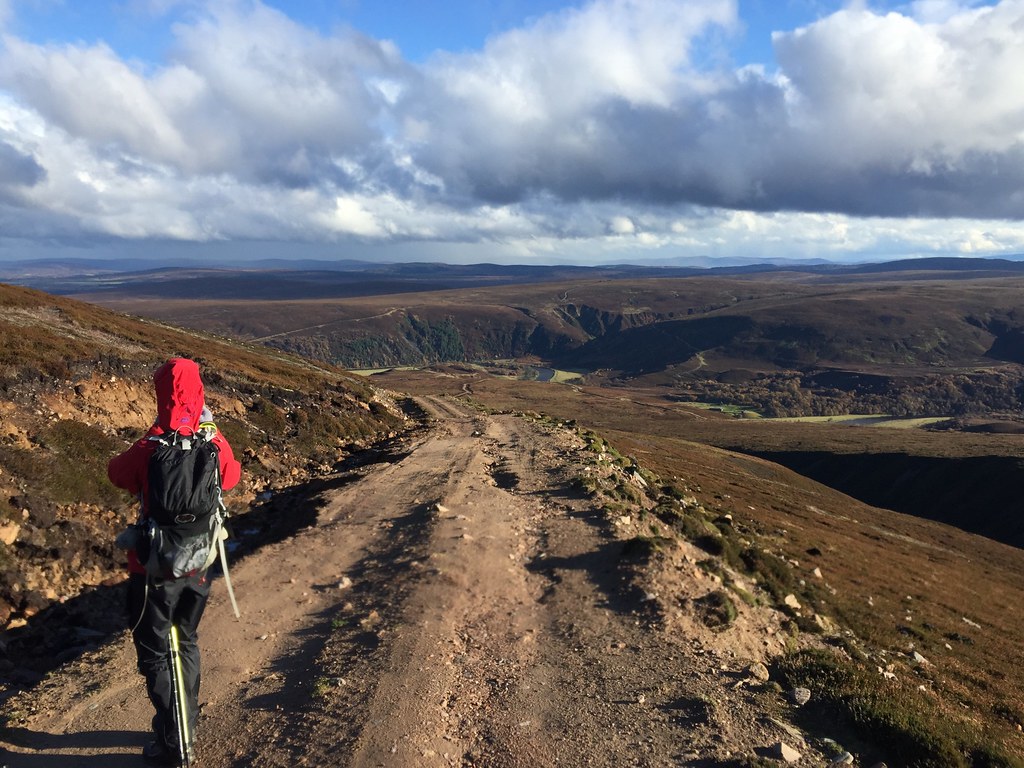 Looking back down our track to the Findhorn

Fortunately the shower passed and we got to the end of the track. Now it was cross-country to the summit, diving in and out of hags and wading through heather. There was a faint quad bike track to follow but this wasn't a great deal easier than making our own way, and once we reached the main spread of peat hags, we lost it anyway. 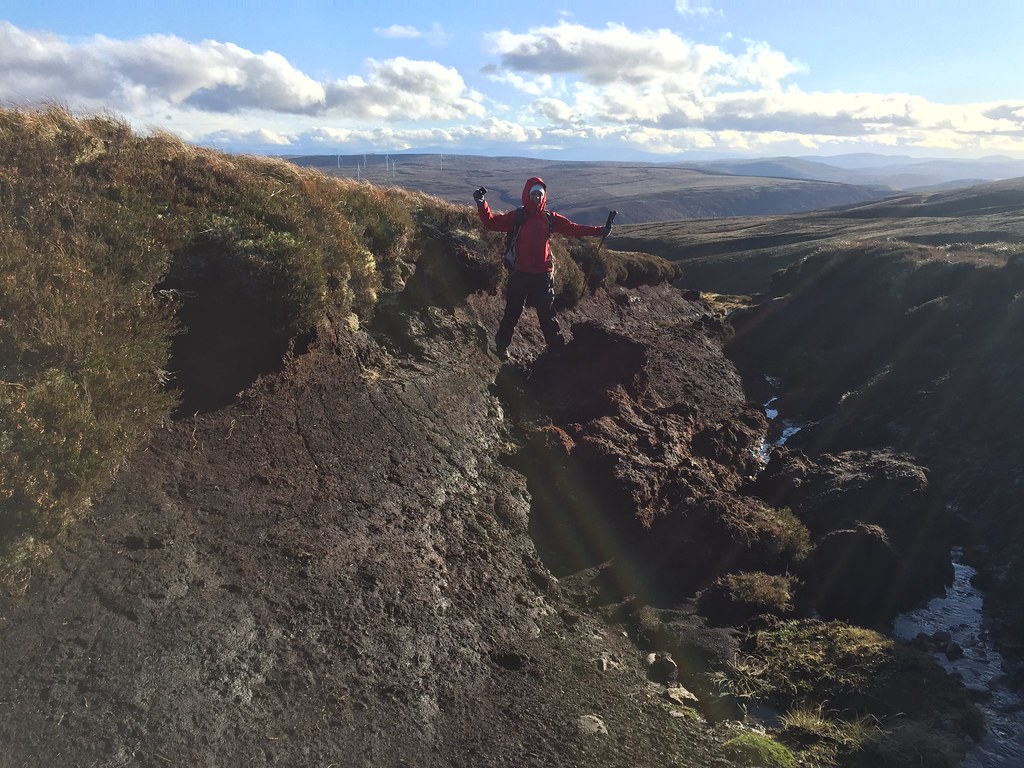 On the plus side, if picking the right route, the hags were sheltered to walk in and the going on bare peat quite easy. The main difficulty was navigating through the maze without having to cross deep slimy pools or getting off-course, and that involved popping our heads up from time to time to work out where we were. 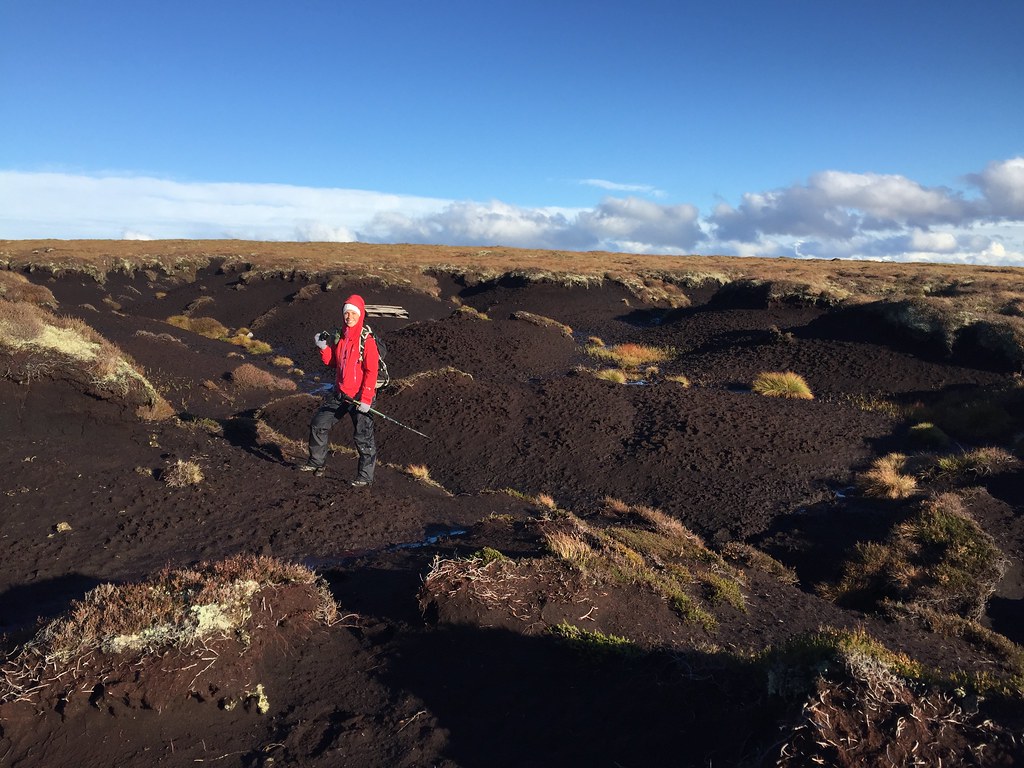 Eventually we were across and all that remained were 10 minutes or so across spongy ground to the trig point. This is now at a junction of fences; they weren't there on my first visit in 2008, and were already looking worse for wear. Hardly surprising given that the ground is one big jelly in this area! Actually the few square meters around the trig point itself are firm enough, and we braced ourselves against the wind for a couple of minutes while grabbing a drink and a chocolate bar. 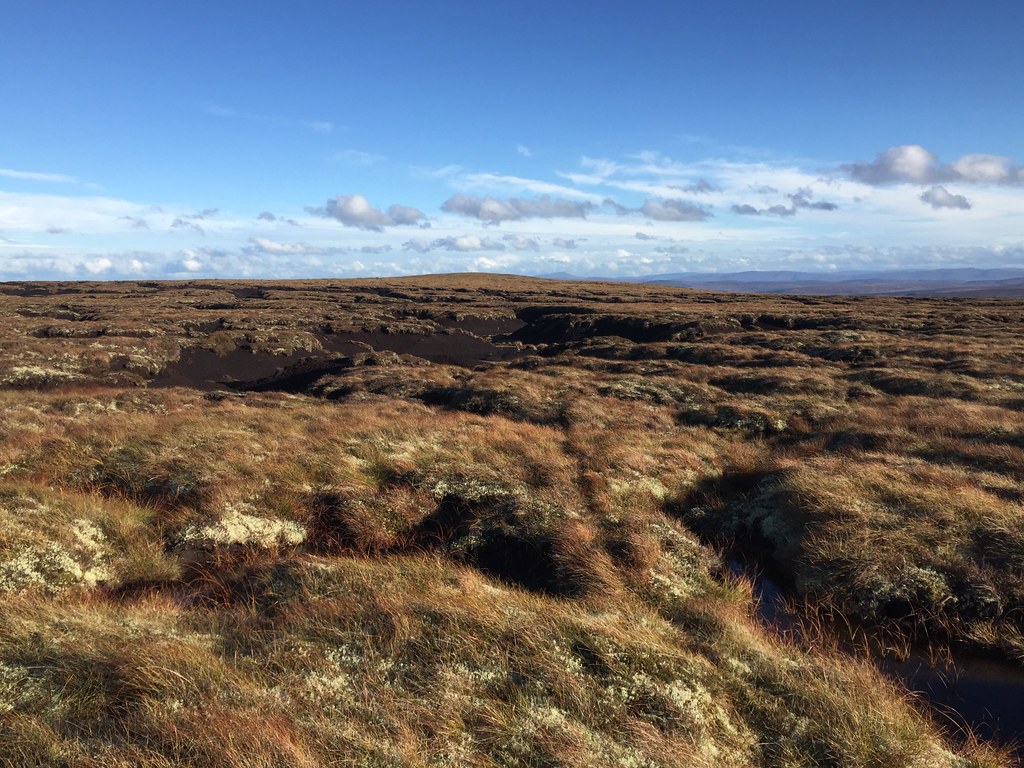 Our hag crossing. Not as bad from this direction as many of the others 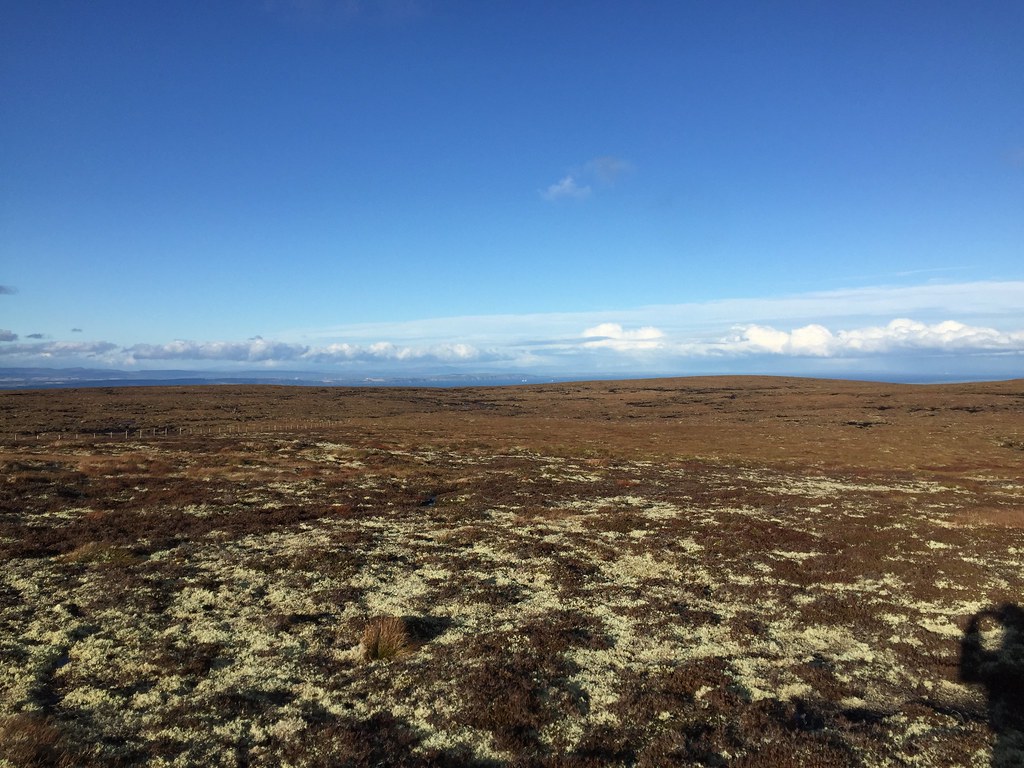 N across the plateau to Cromarty and Hill of Nigg 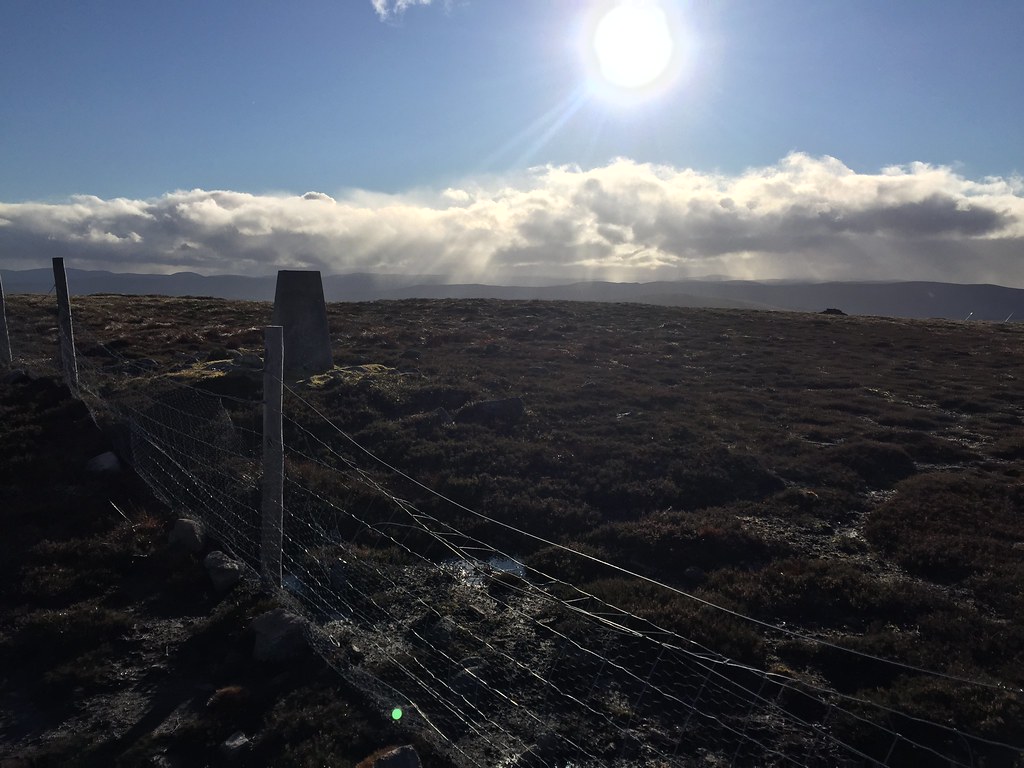 Cairngorms from the summit 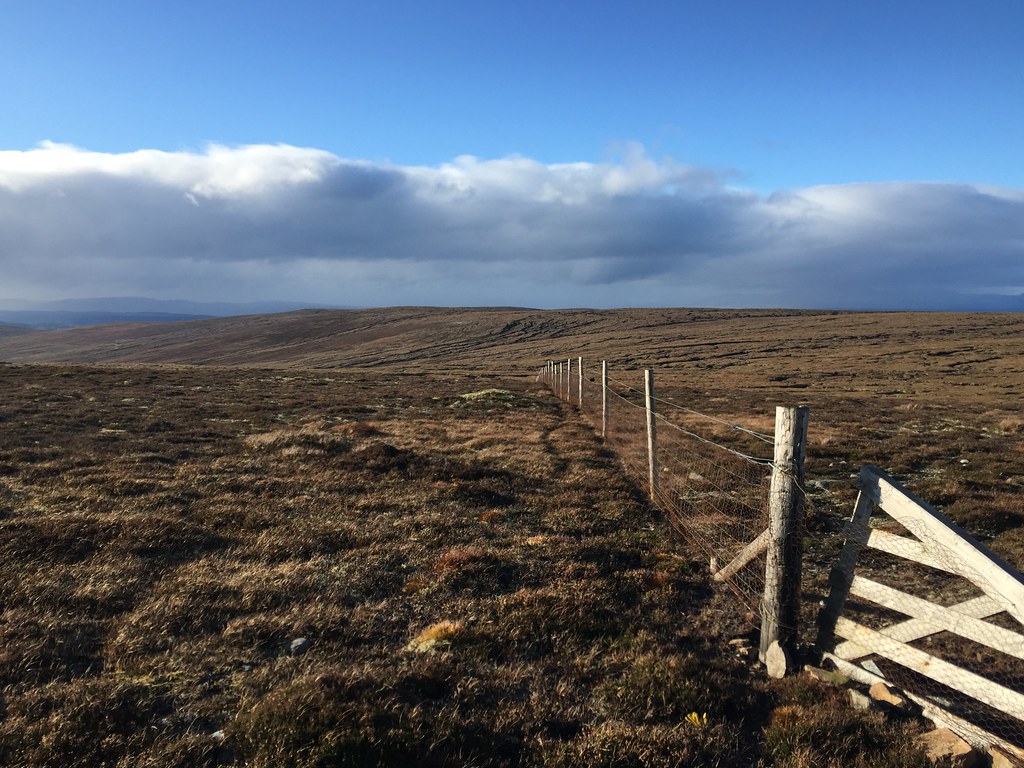 Some more plateau - my previous approach 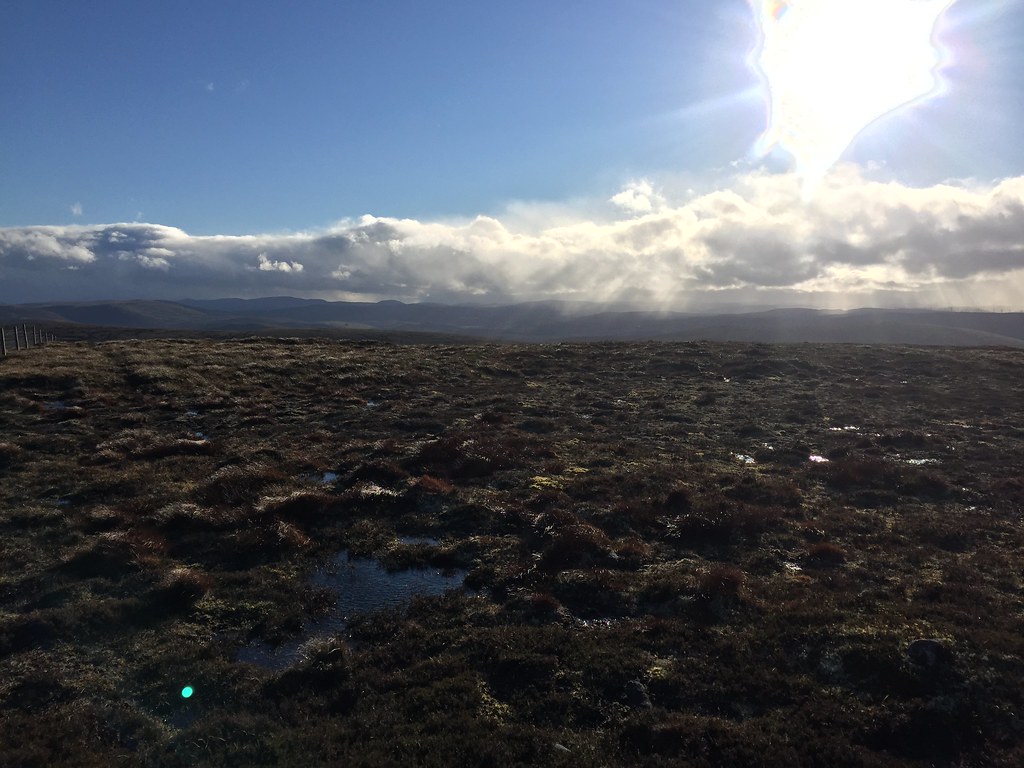 Then it was time to head back. With the wind as ferocious as it was and the threat of another shower, we weren't messing around looking for another route or even visiting Carn an Uillt Bhric - just let's get out of here the easiest way possible! 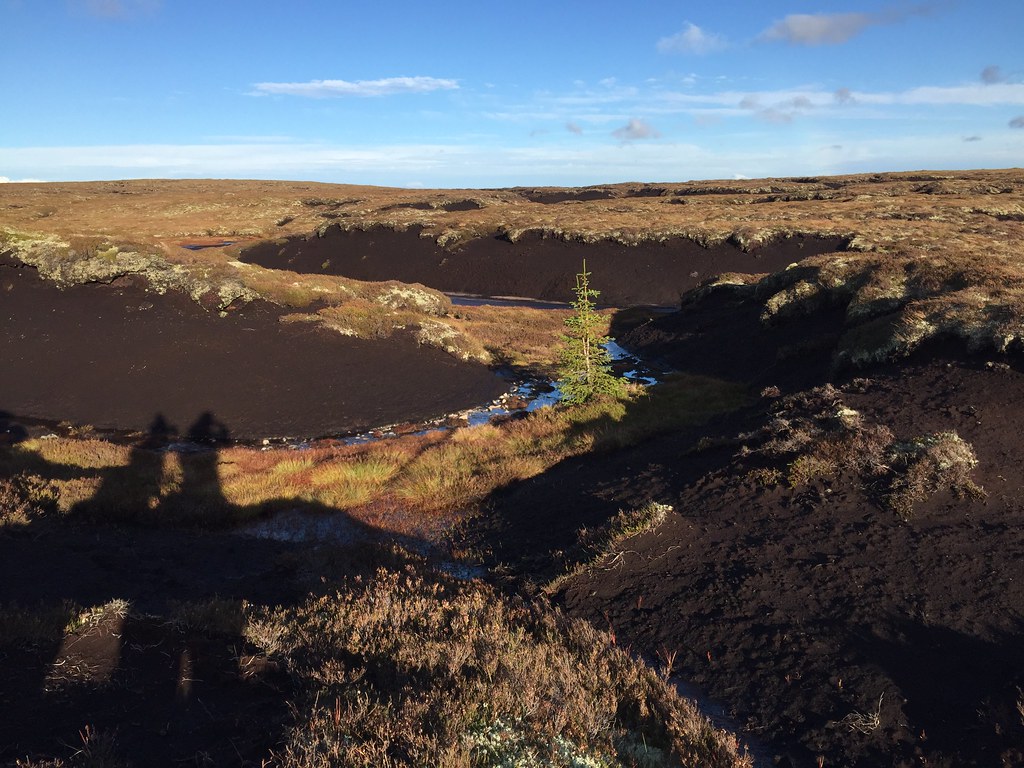 Some of the hags have trees in them

Crossing the main hag area was OK but after that, the wind increased and although we could see the head of our track just a short distance away, we were stumbling through tussocks and bumps, and Jackie's energy deserted her completely as she was blown around like a leaf. I managed to find us a tiny bit of shelter in another hag and we stopped for another quick drink and refuel, giving her enough energy to reach the track. 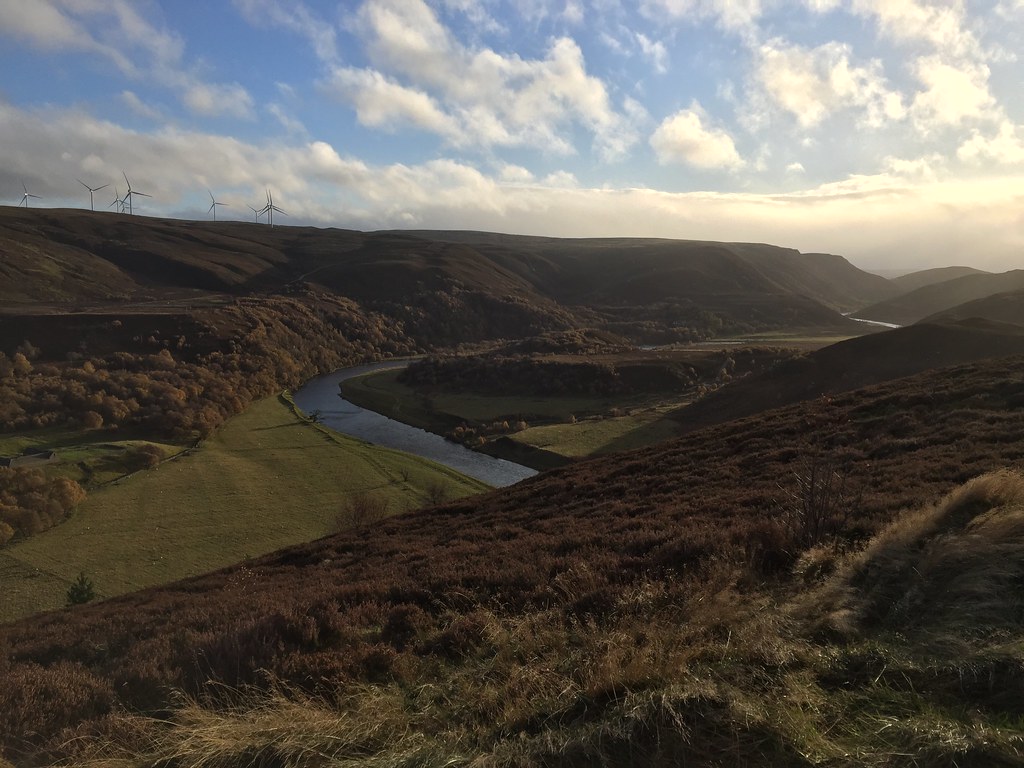 Back to the good views again

Thankfully it was an easy pound back down the track, although the wind didn't let up at all. Eventually back at Daless, there was a final burn crossing before we could get into the shelter of the car.Phew! 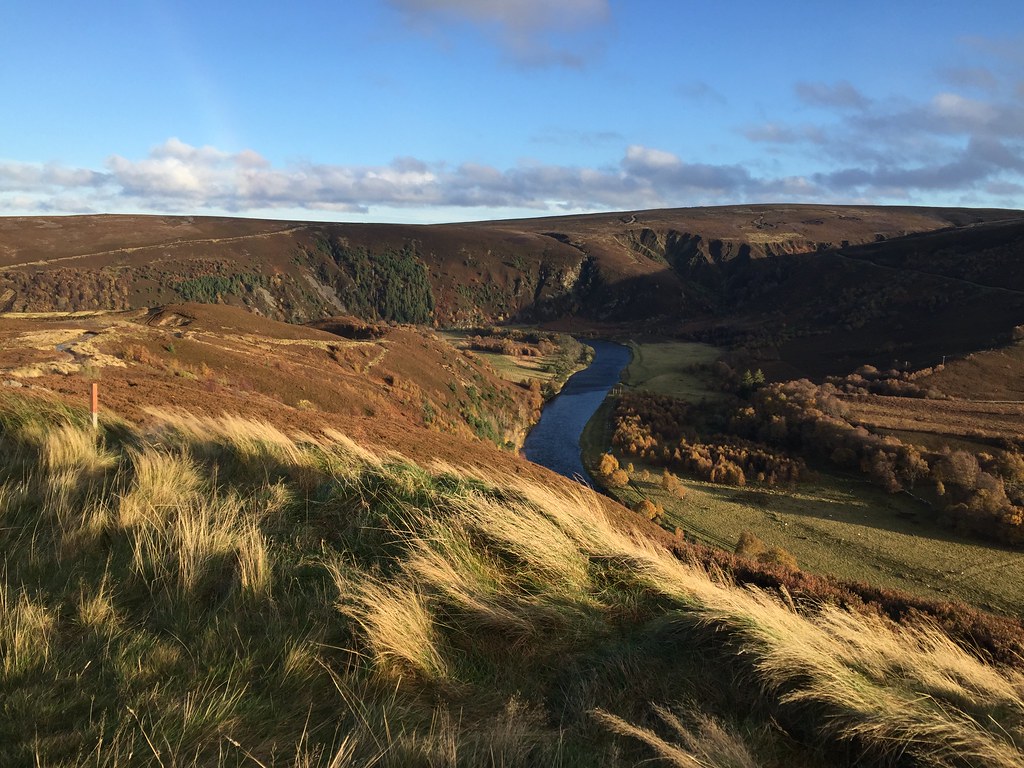 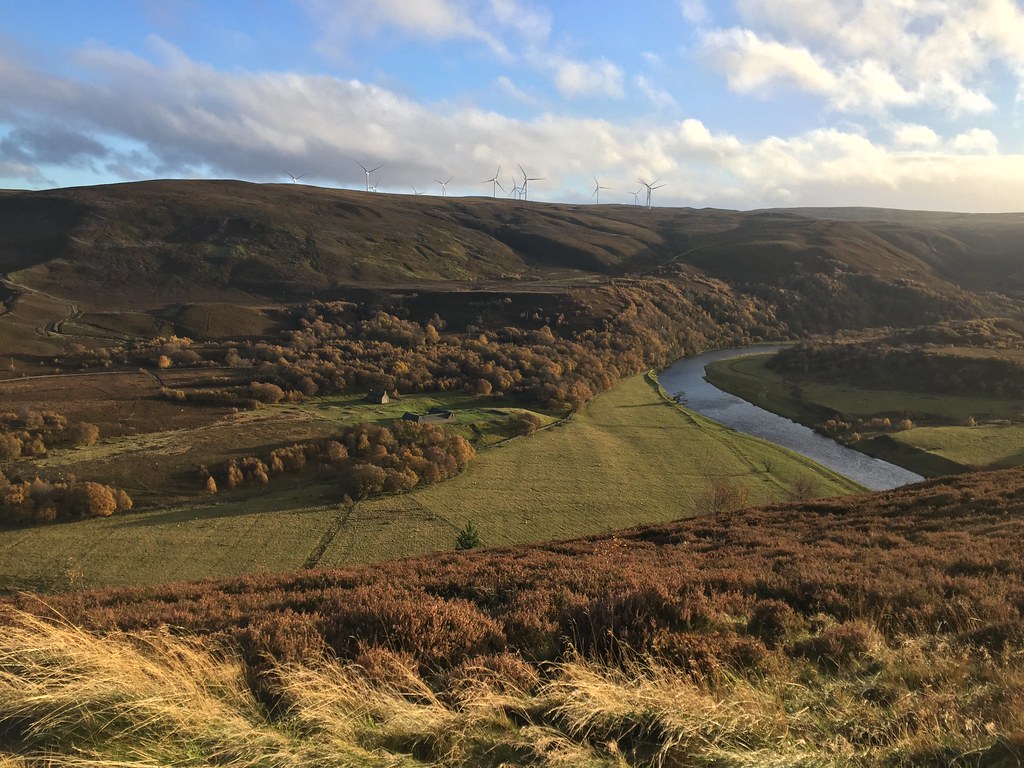 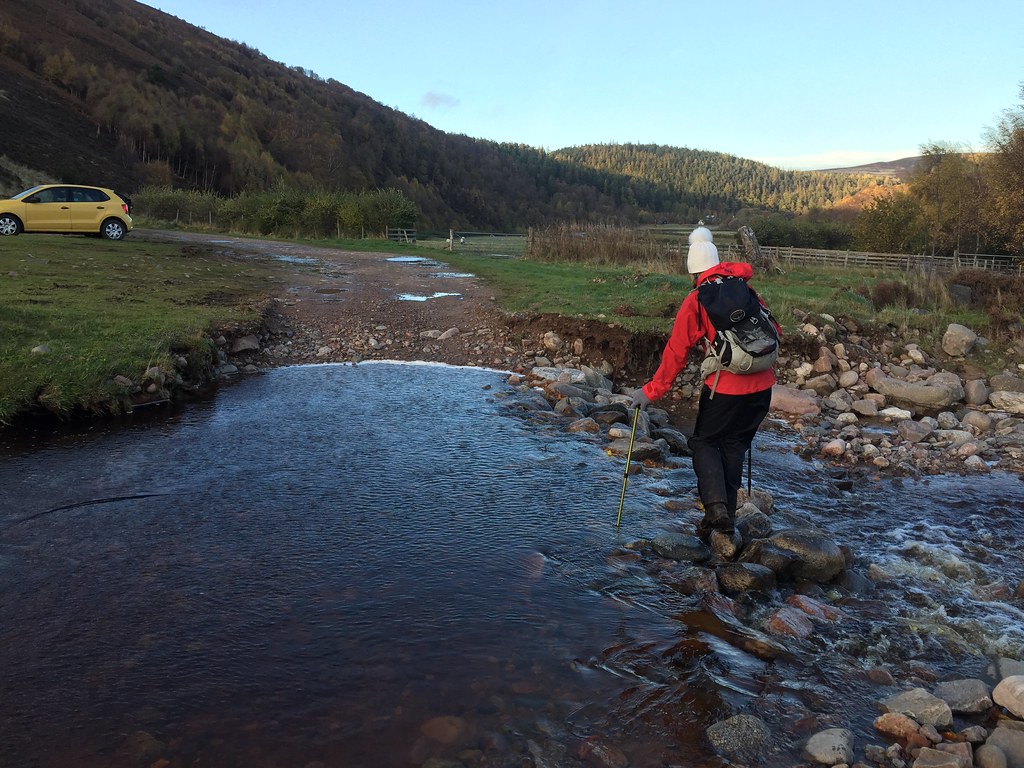 Almost back - would be a shame to fall in

As we still had some daylight left, I suggested a detour via Dulsie Bridge. This was well worth it even if a bit hard to photograph. From there, the wind got stronger again, seemingly at its worst as we were buffeted along the A96 back to Inverness. Oh well, a day up Carn nan Tri-tighearnan in this case was better than no day out at all. No 5th ascent for me please 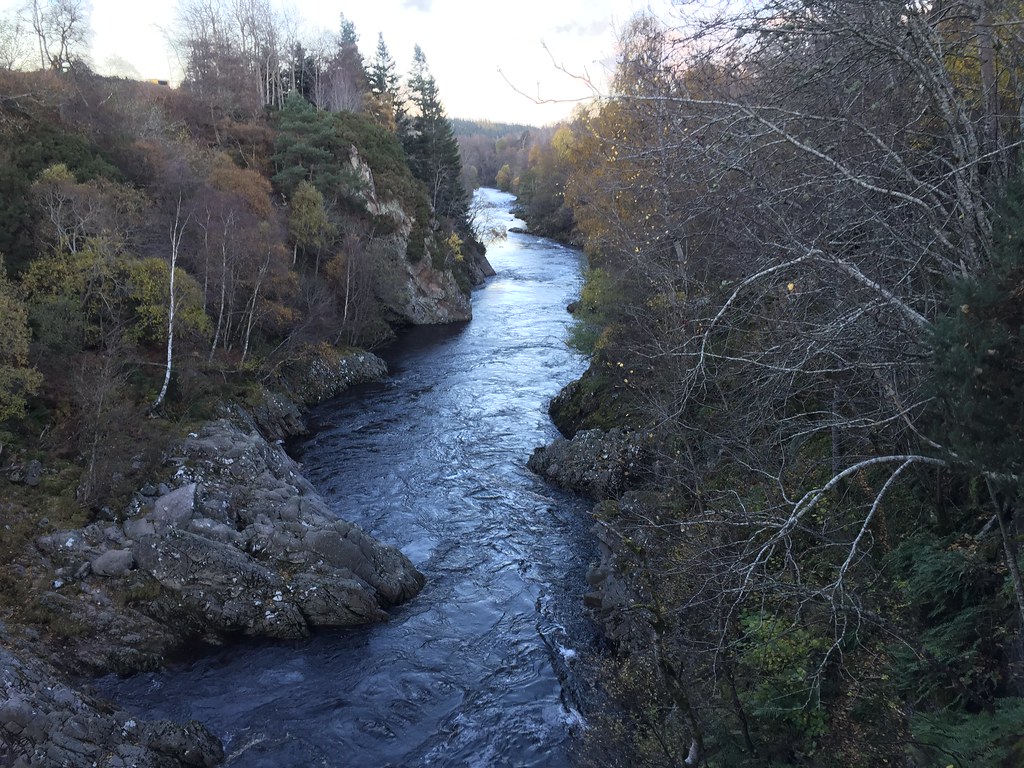 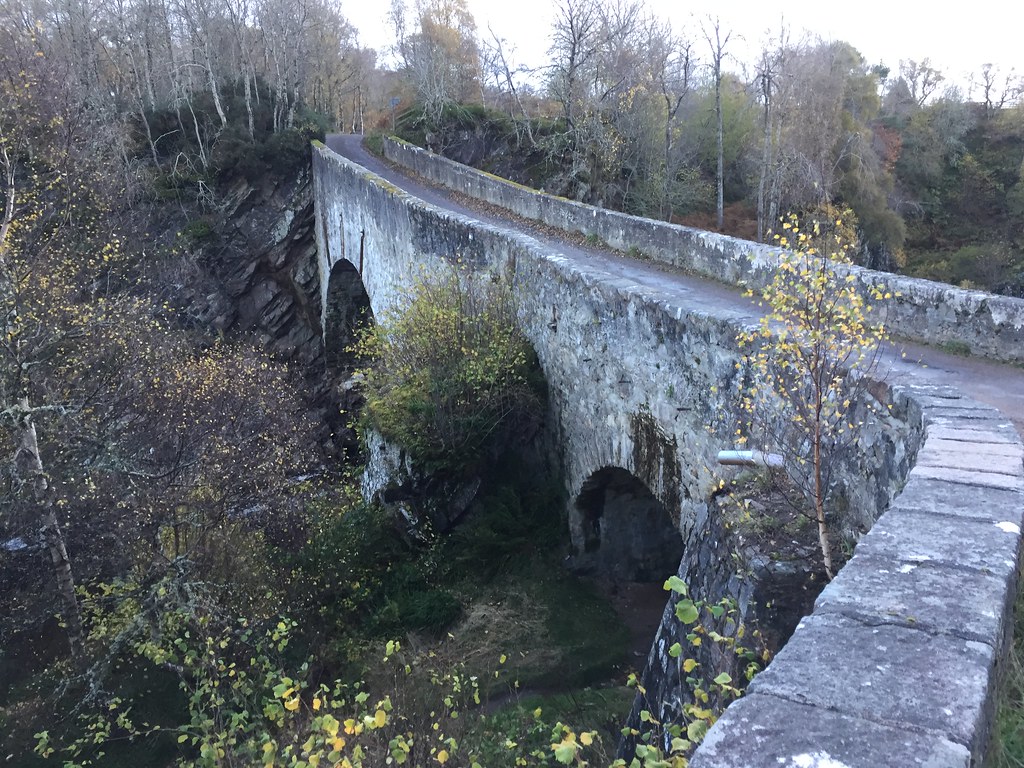 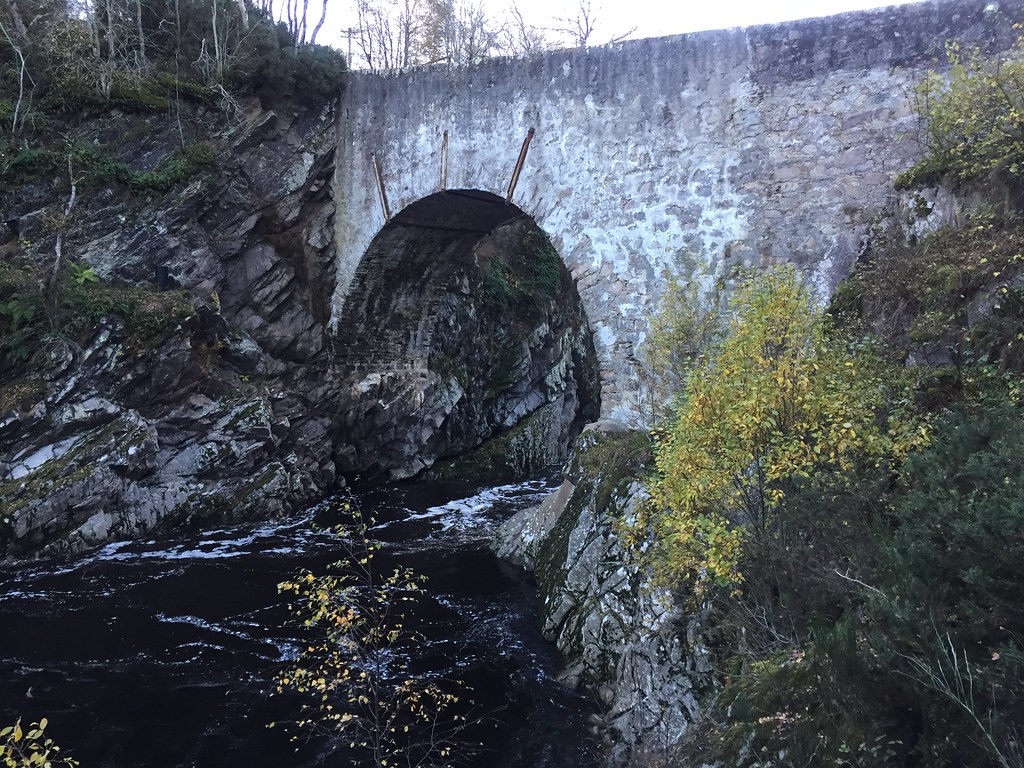 Re: Carn nan Tri-tighearnan - surely not for the 4th time!?

Re: Carn nan Tri-tighearnan - surely not for the 4th time!?

Recently, we walked up to the Cawdor Moor plateau from the north but never reached the top of the Graham, we spent too much time looking for a plane crash site somewhere on a track about 2km N of the summit. We didn't find all the wreckage (too many peat hags to check) so we will go back in spring for more aircrash investigations. We might just as well continue to the summit, but don't worry. Nobody will break your record of 4 ascents of this boggy kingdom