With the shortening days, a 'quick' Corbett was planned, and rather than the usual WalkHighlands route, I thought I would follow the SMC 'The Corbetts' route parking in the 'new' area before the bridge over Water of Quoich where there is space for possibly a dozen cars. Walk over the bridge to the Allanaquoich cottage 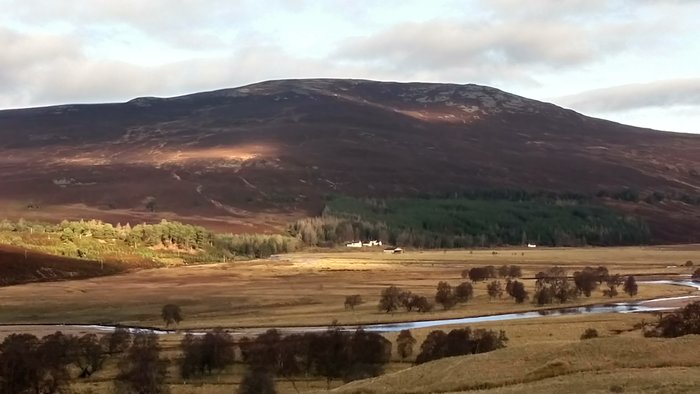 Carn na Drochaide from across the Dee

The description indicated that you turn up a 'faint' path. Well, faint was one way to describe it, but fortunately I stumbled on it. The path, barely visible, starts almost opposite the start of the tree line on the left, but once on it, it is distinct under foot, although becoming overgrown by heather. 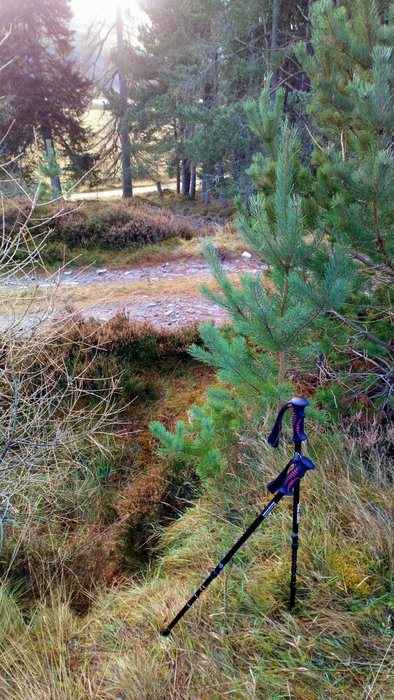 Start of the path marked by the poles 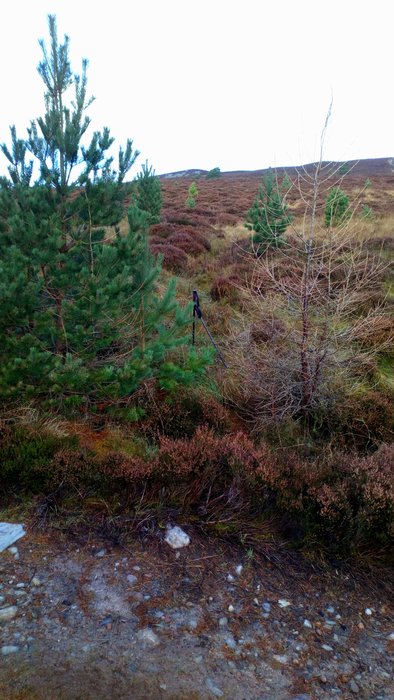 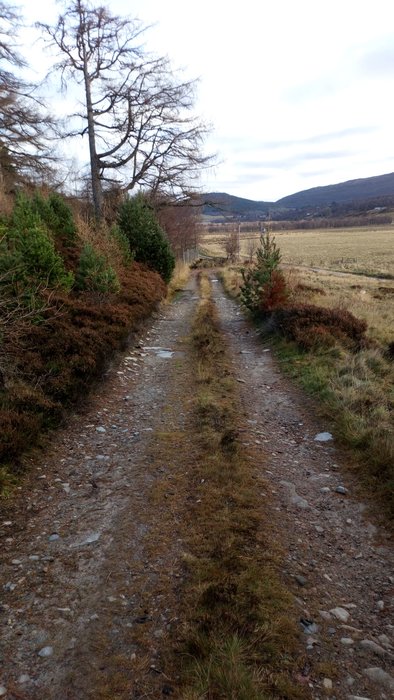 The track takes a little bit of following, but becomes more distinct once past the line of trees to the right. It does get a little lost in some of the 'wet/swampy' patches, but always appeared slightly further to the right of where I thought it would be, but it could be seen further up, so some heather bashing was needed to regain it. 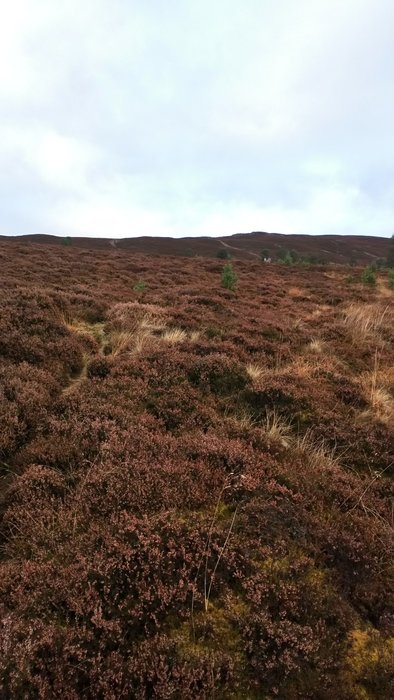 faint track can be seen further up the hill

The SMC route indicates that this track goes to the West of the summit of Carn Dearg, but in reality it goes straight over the top, the track actually goes further East than you think before heading up to this summit. 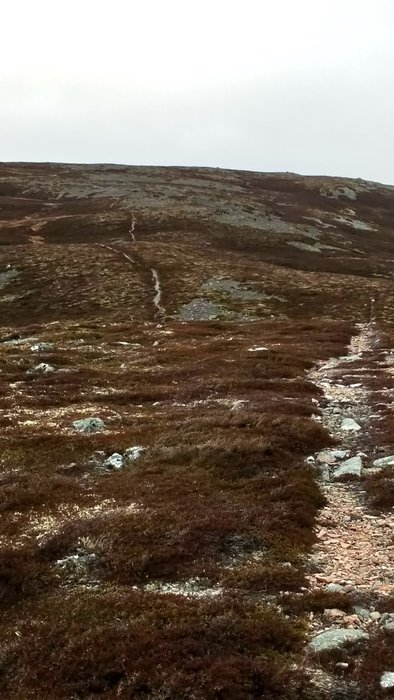 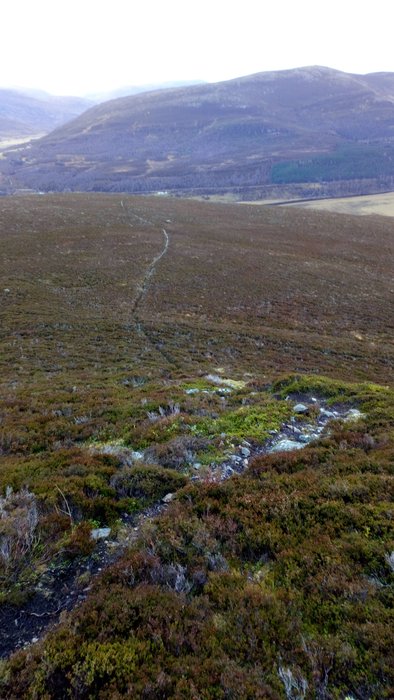 looking back down, the track is clear

The track is lost in the scree/boulders just before reaching the plateau, there was only a small snow patch (in a hollow) just before the plateau was reached, and the large summit cairn is clearly visible at this point 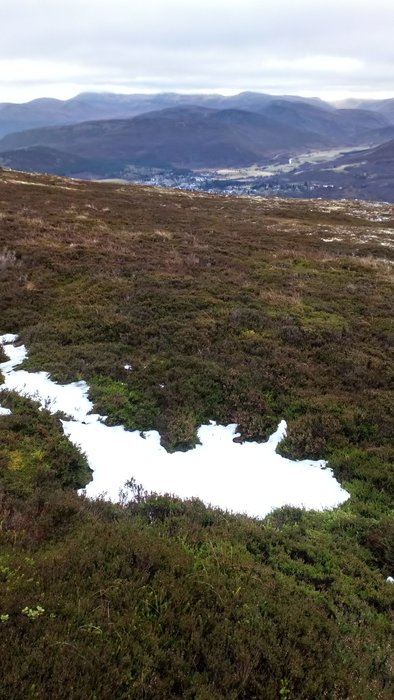 snow patch, looking down to Braemar 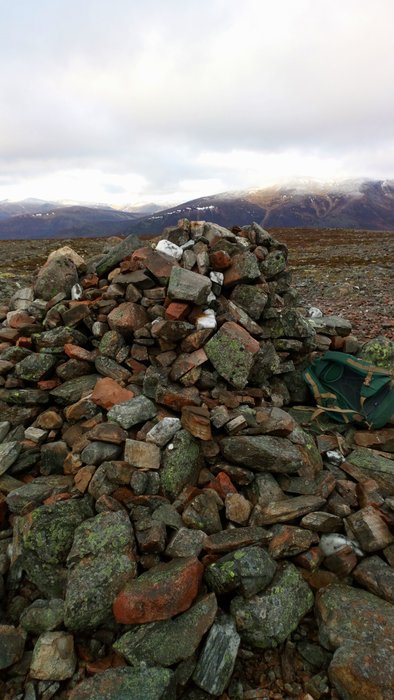 The summit offers good all round views 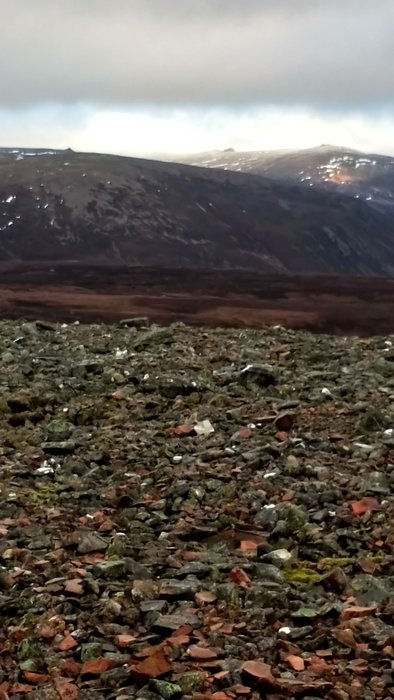 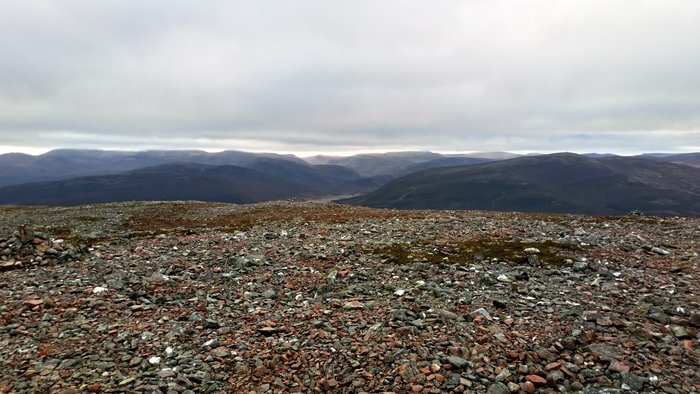 View into the Cairngorms

The descent was the same path back, as you head back down the path becomes visible beneath the scree area, and then it can (generally) be easily followed back to the main track. It gets 'lost' in the marshy bits, but is generally soon picked up again.

Good photos and directions - I’ll use this sometime! Thanks for posting

Brilliant post, excellent photos of the start as it’s not very easy to find path. With your photos easy peasy to find.