Two days of great weather were forecast for this weekend - of course Jackie was working on Saturday morning so we couldn't quite make the most of it, but we'd give it a good go! We were parked up near Luichart Dam by 1pm with a choice of hills to go up. I had been nudging Jackie towards Carn Faire nan Con as it was a shorter walk, but she had somehow become fixated on Sgurr Marcasaidh. Fine by me, but I knew she would be complaining once we hit the steep heathery bit


our_route.gpx Open full screen  NB: Walkhighlands is not responsible for the accuracy of gpx files in users posts
Half a km takes you up to the Luichart dam on tarmac, and a track continues on up the hillside on the western side. The colours were really attractive low down, including the brown of the dead bracken. Unfortunately this was less attractive to walk through, which is what we did after leaving the track and following the side of a deer fence. Jackie was already cursing. 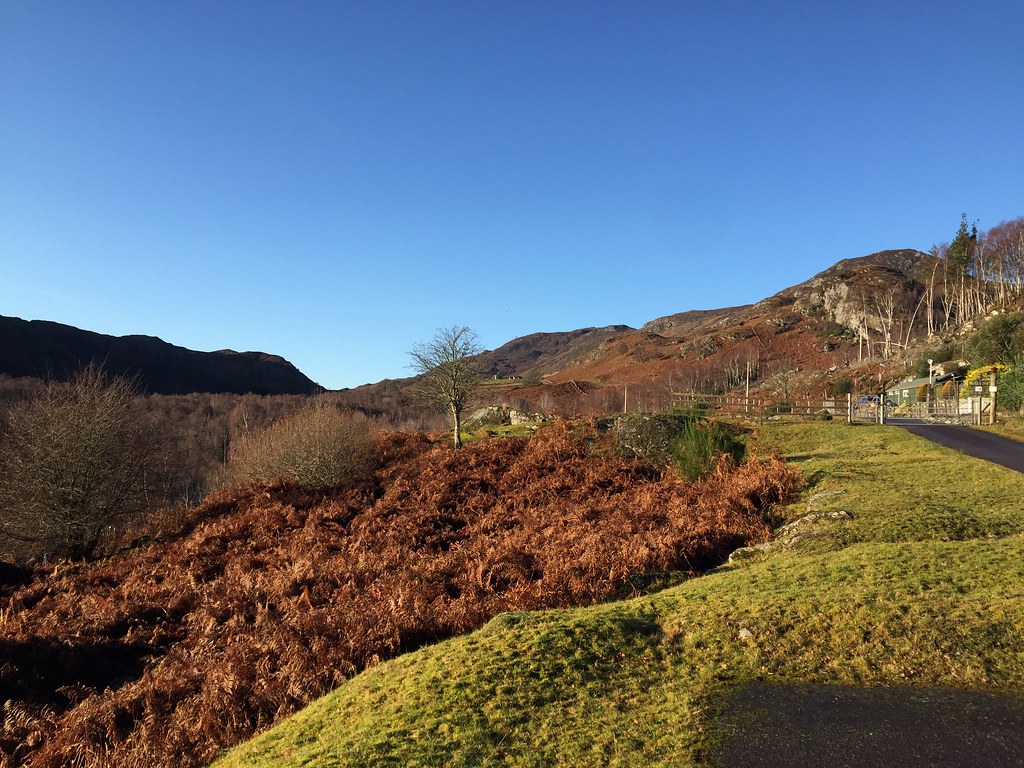 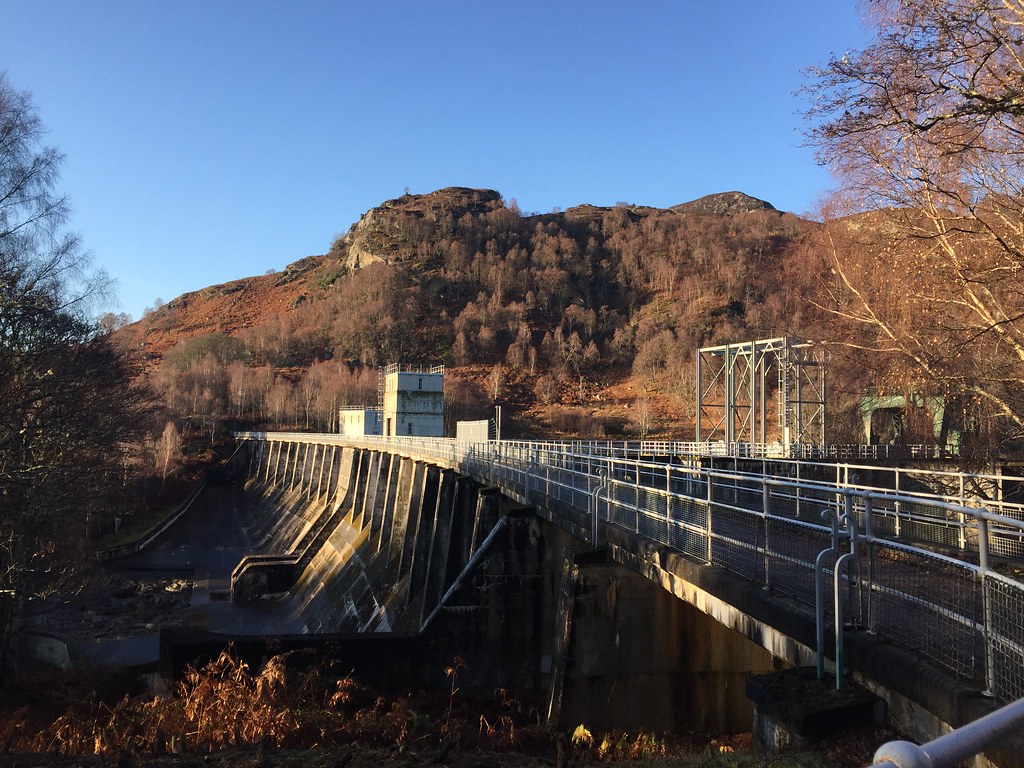 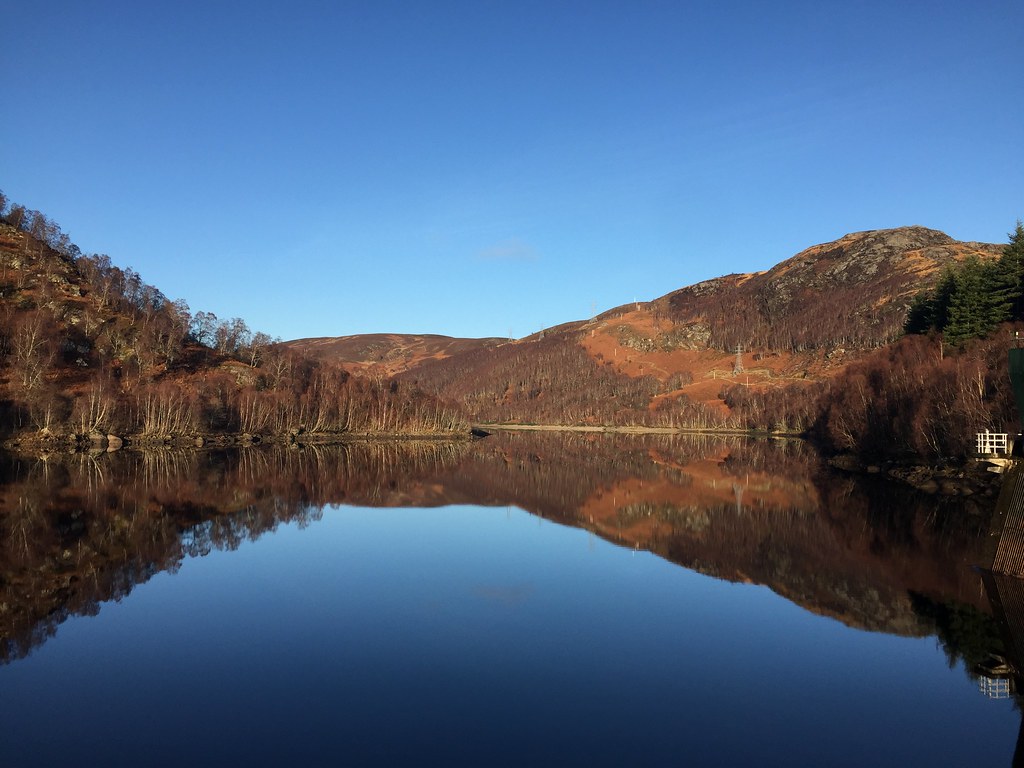 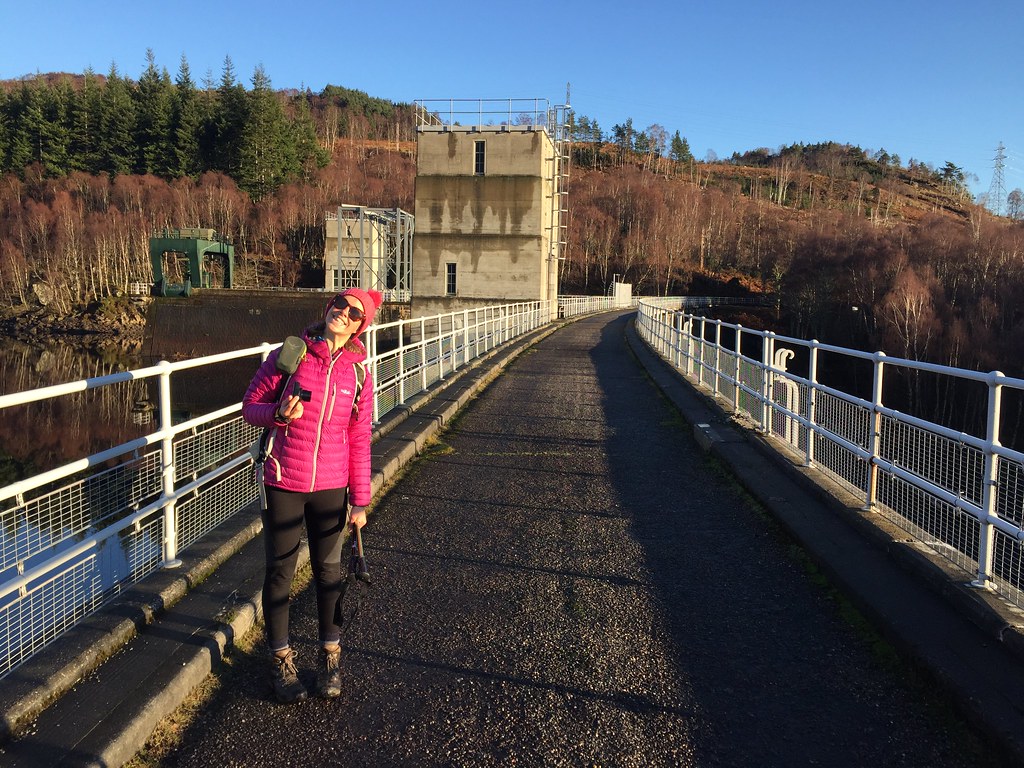 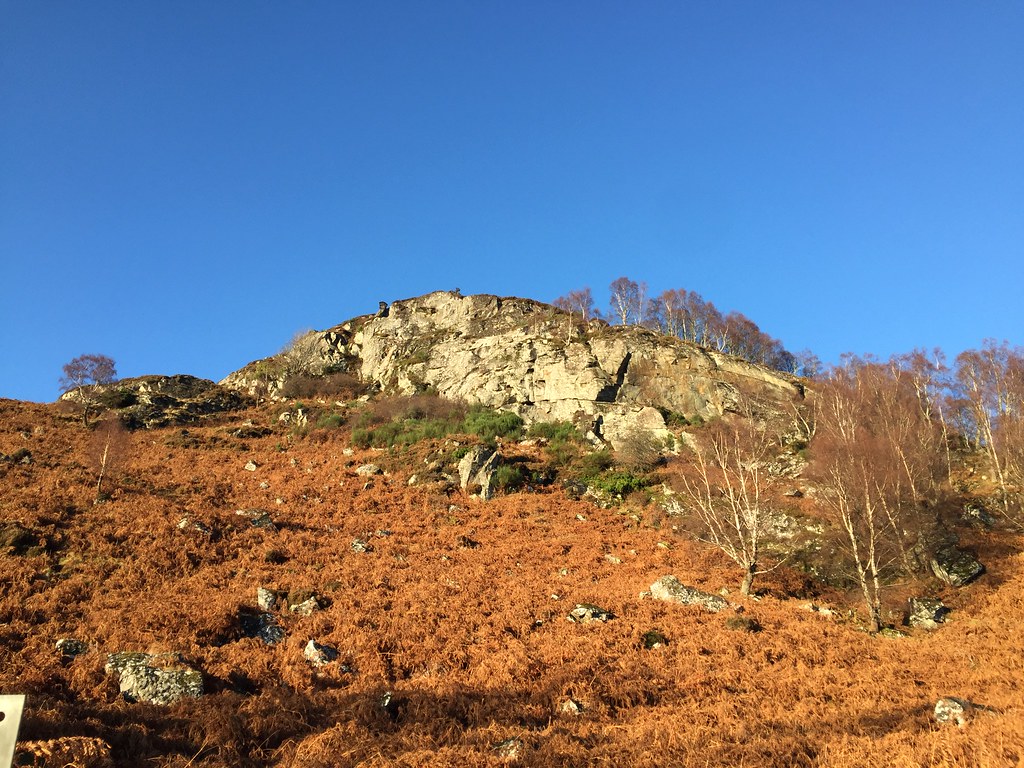 Crag on the nose of Sgurr Marcasaidh 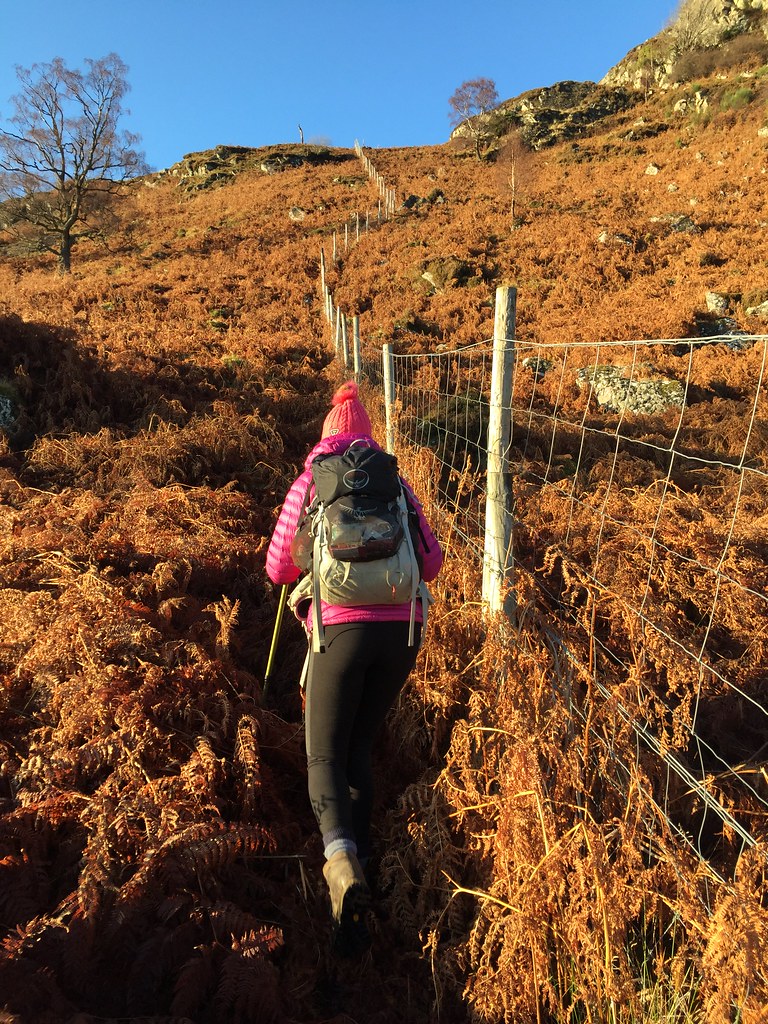 We crossed a fence and ended up on better terrain - there was a path of sorts - until some heather was hit. Up by the signal repeater, the views improved, but the second steep section of the ascent was also evident. Low down this was traversed from left to right on animal tracks, before we made a beeline straight upwards through heather and crags. Jackie's more heathery route was probably easier than my scramble on slippery rock, but eventually we were on the end of the summit ridge, where I reminded Jackie that this had entirely been her choice (I'd even tried to dissuade her from it)! 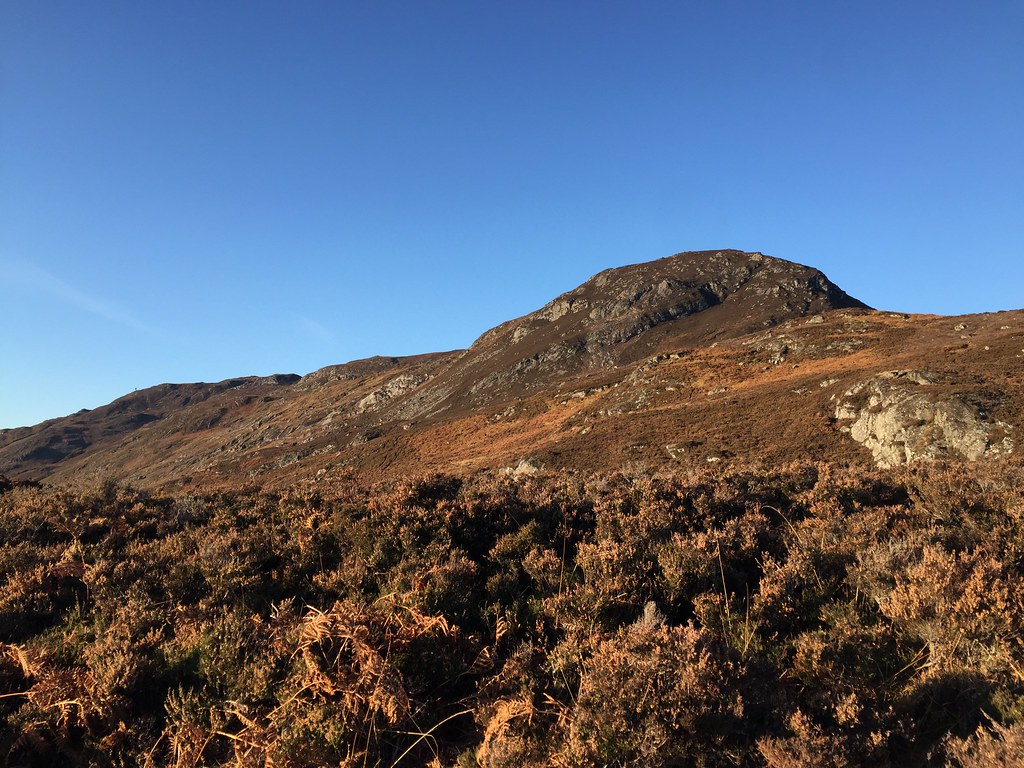 Looking towards the 506m summit 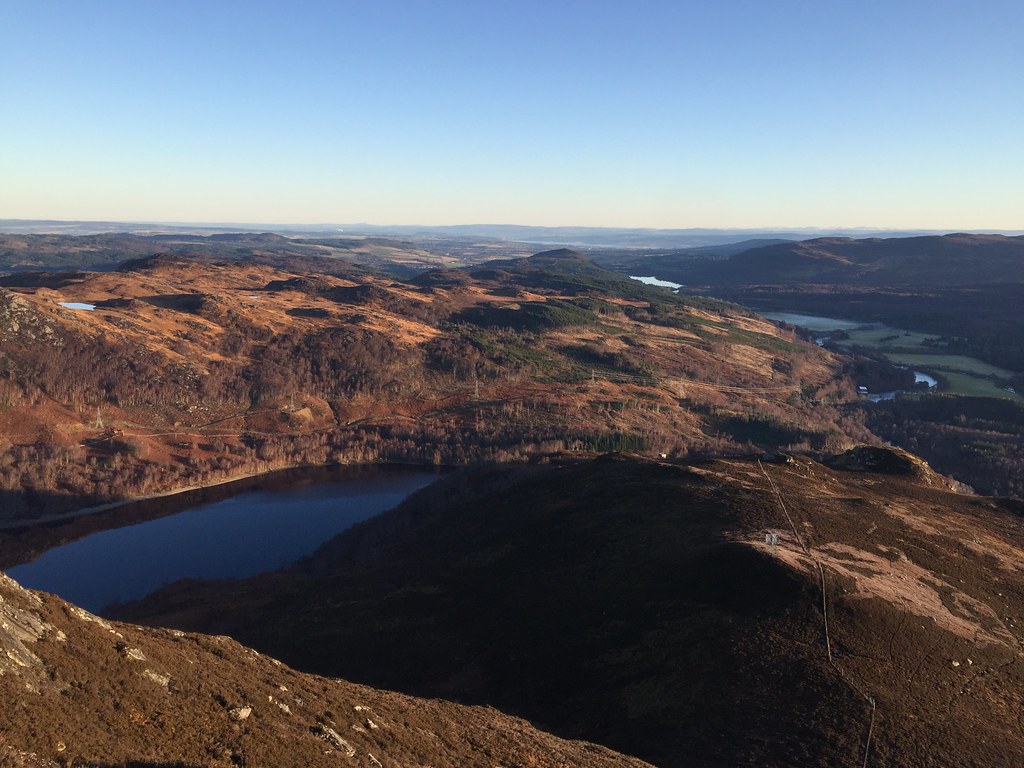 Back towards Conon Bridge and Inverness 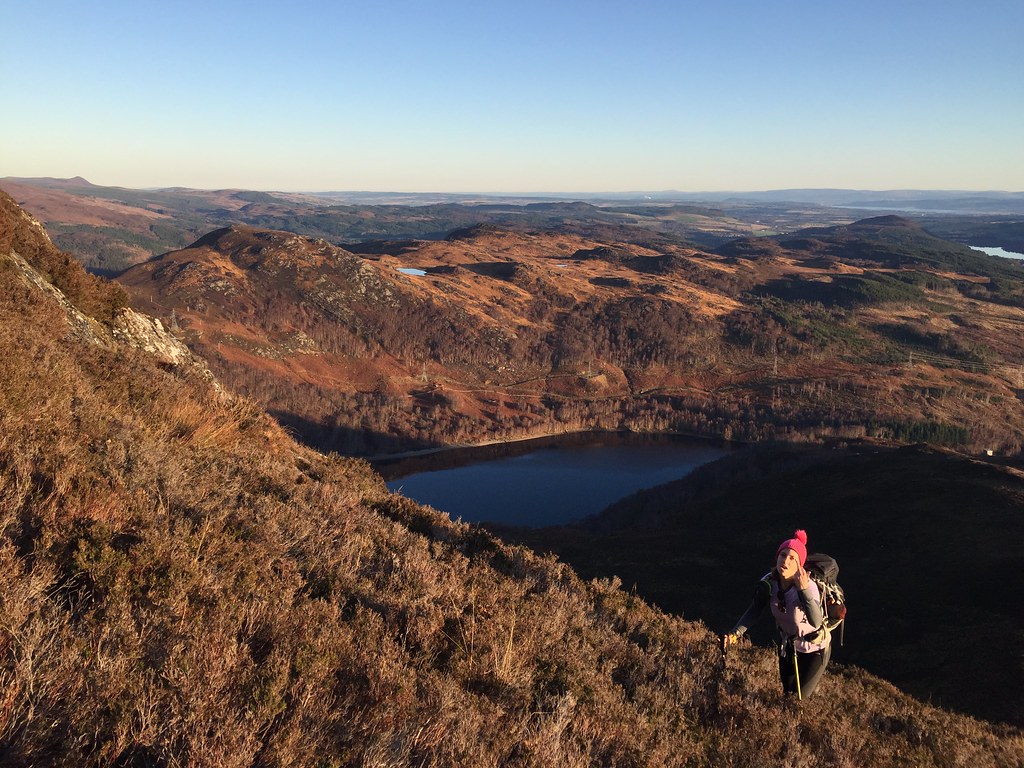 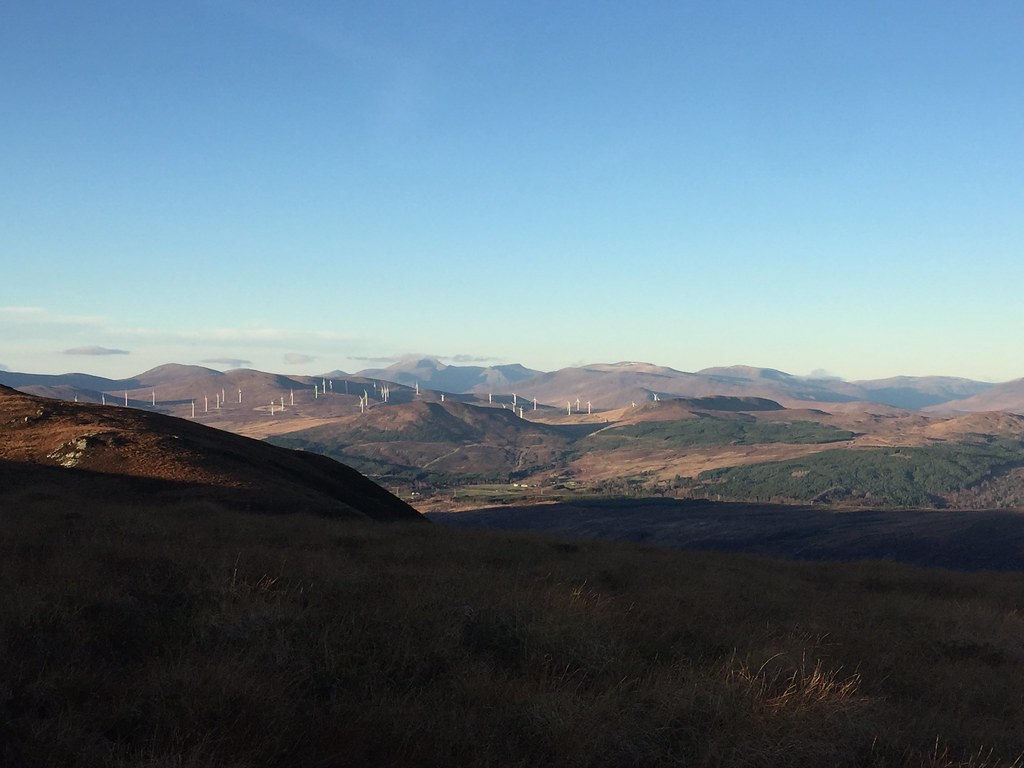 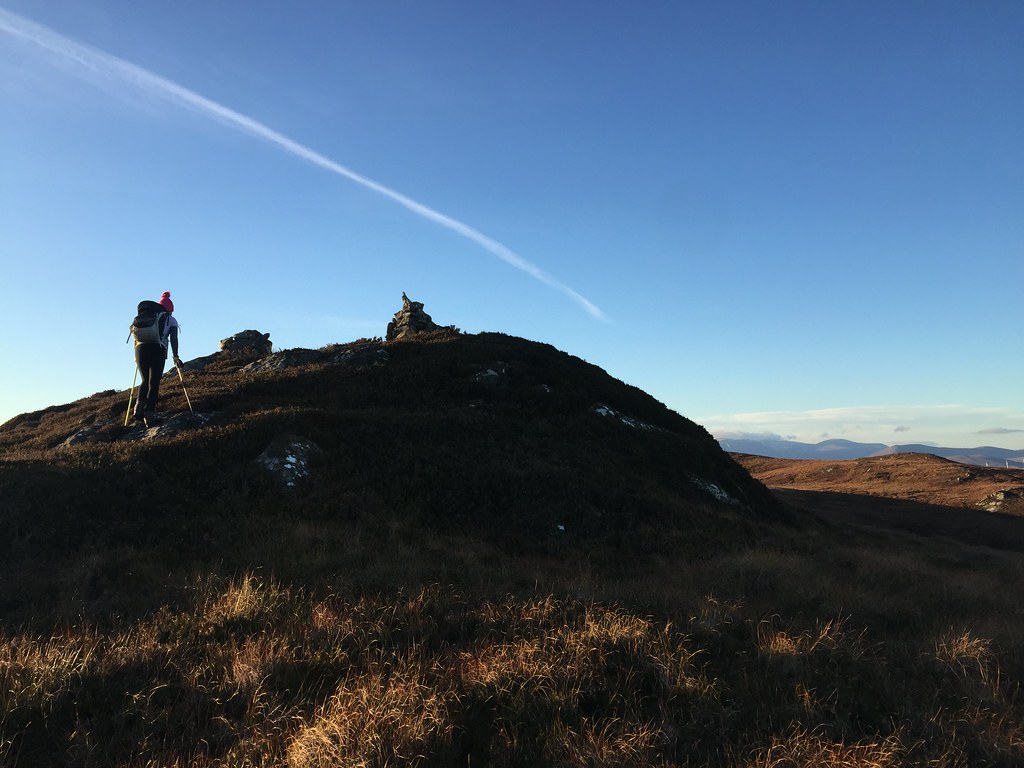 Finally at the 506m point

No matter - I was glad we had come here as it was more of a hill than I had expected to get up today. The crappy bit was now over as well, bar the odd peat hag that had to be hopped on the ridge. Torridon was hiding in the clouds but Beinn Dearg and the eastern end of the Fannaichs looked good. So did the Strathfarrar big hills. 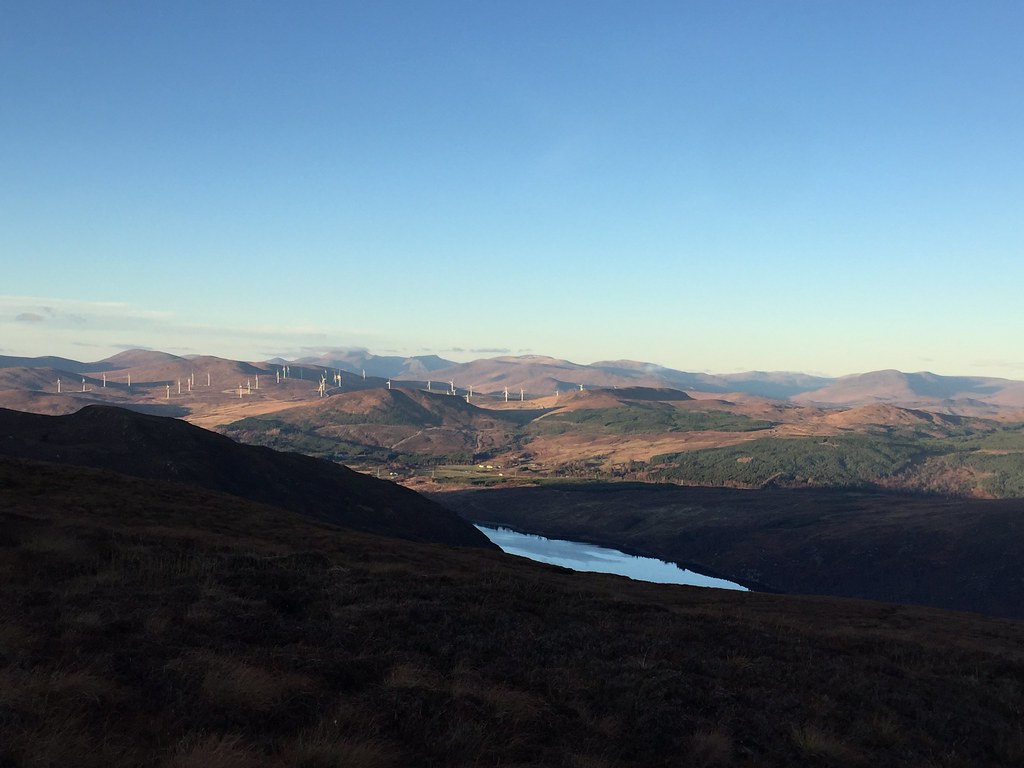 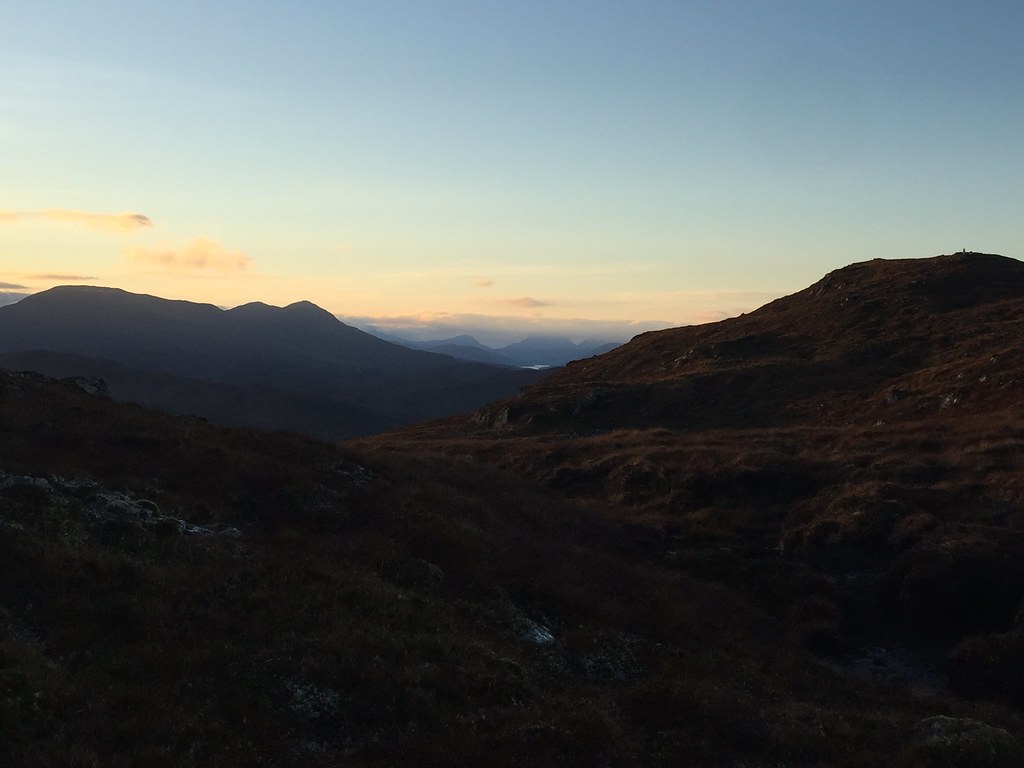 Glen Torridon in the cloud 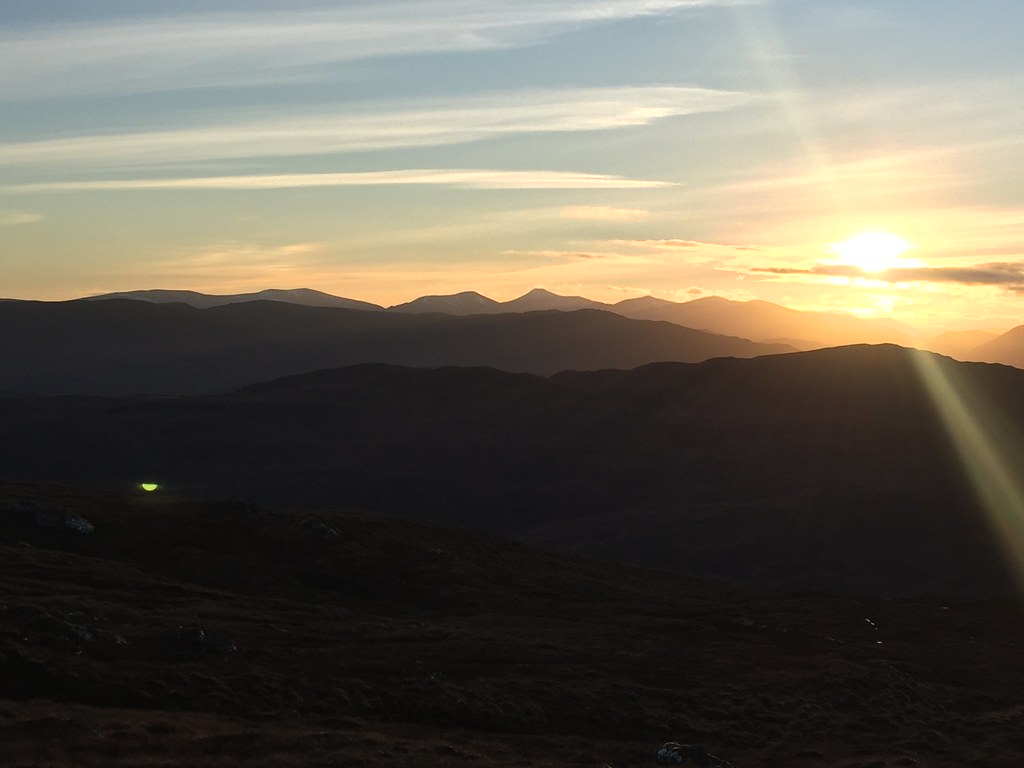 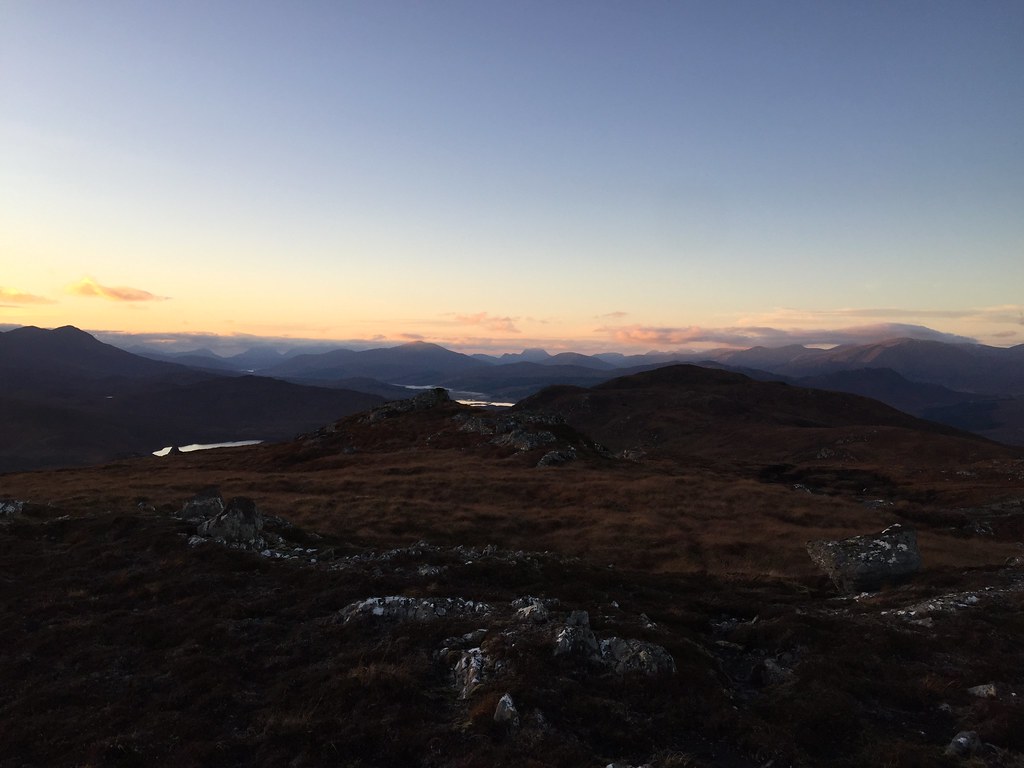 Dodging around the last couple of bumps to reach the trig point was a little tiring and we were on the top a little later than I had hoped for. On the plus side, we had another accidental summit sunset. 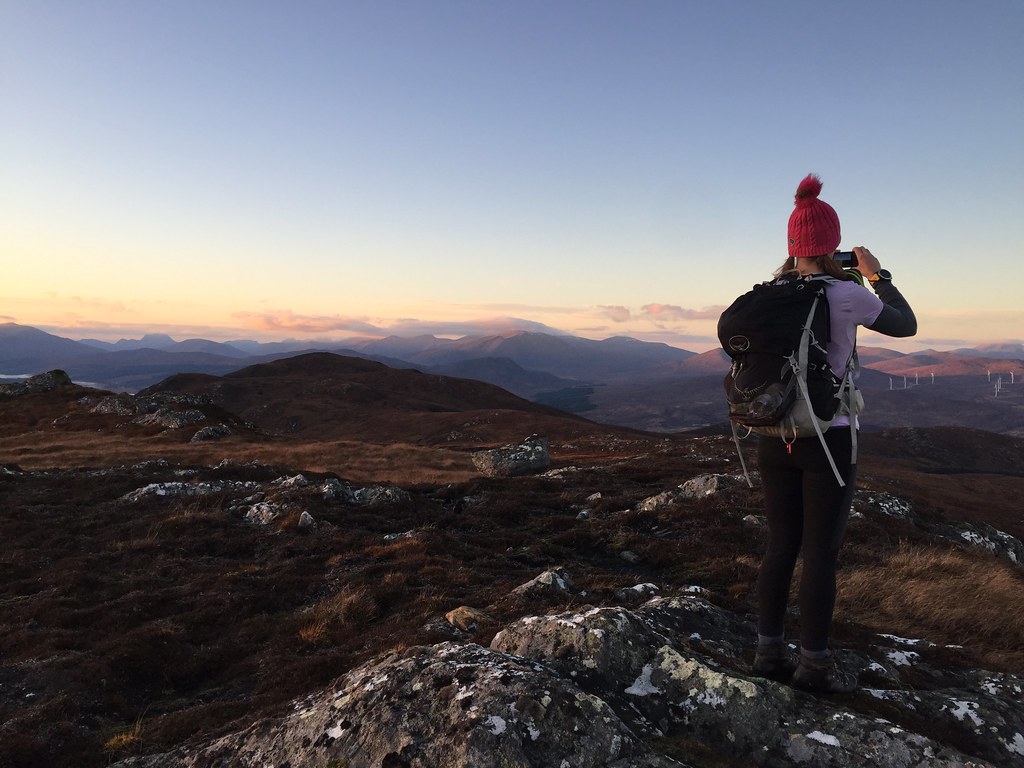 At the summit of Sgurr Marcasaidh 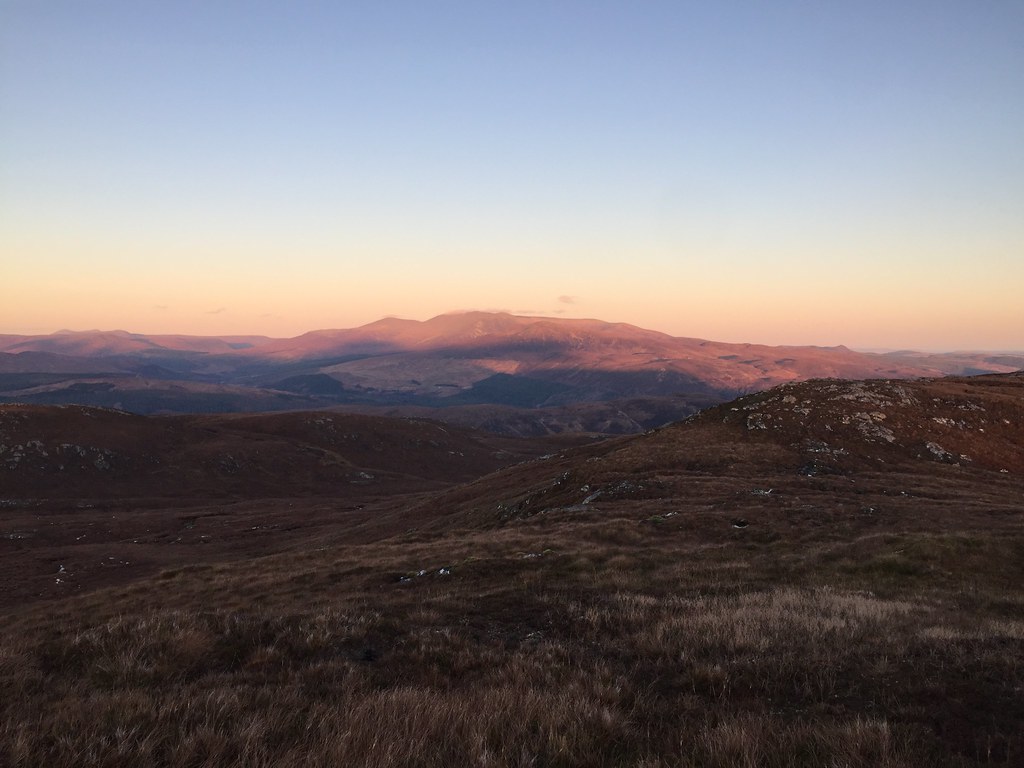 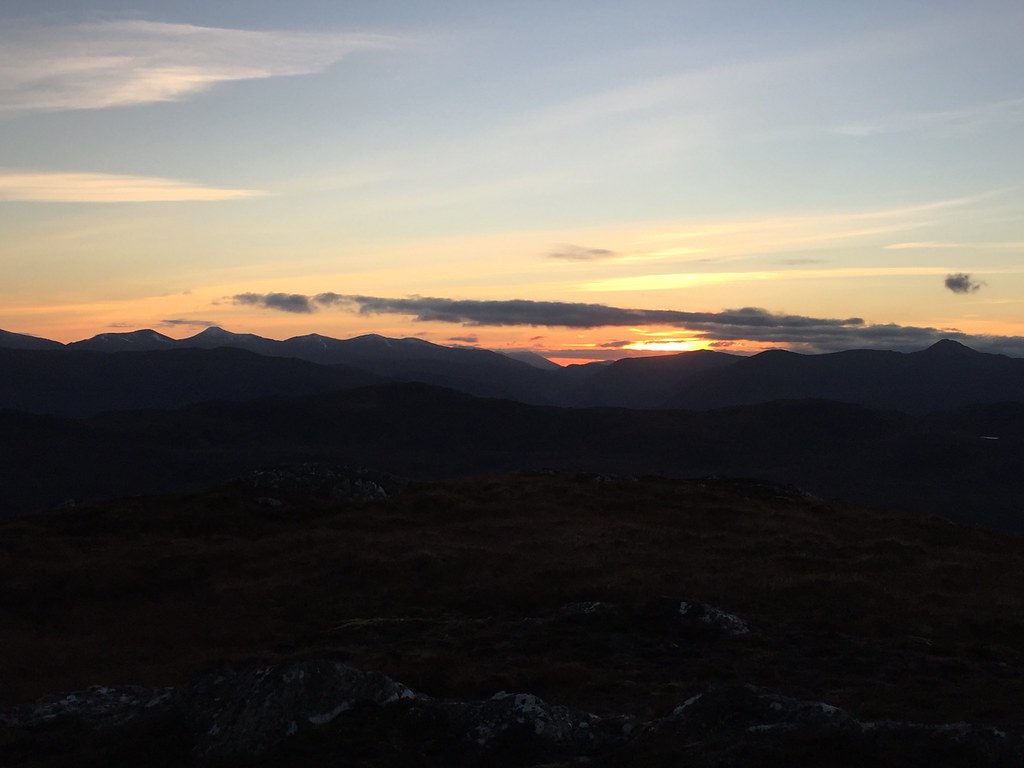 South to the Strathfarrar hills 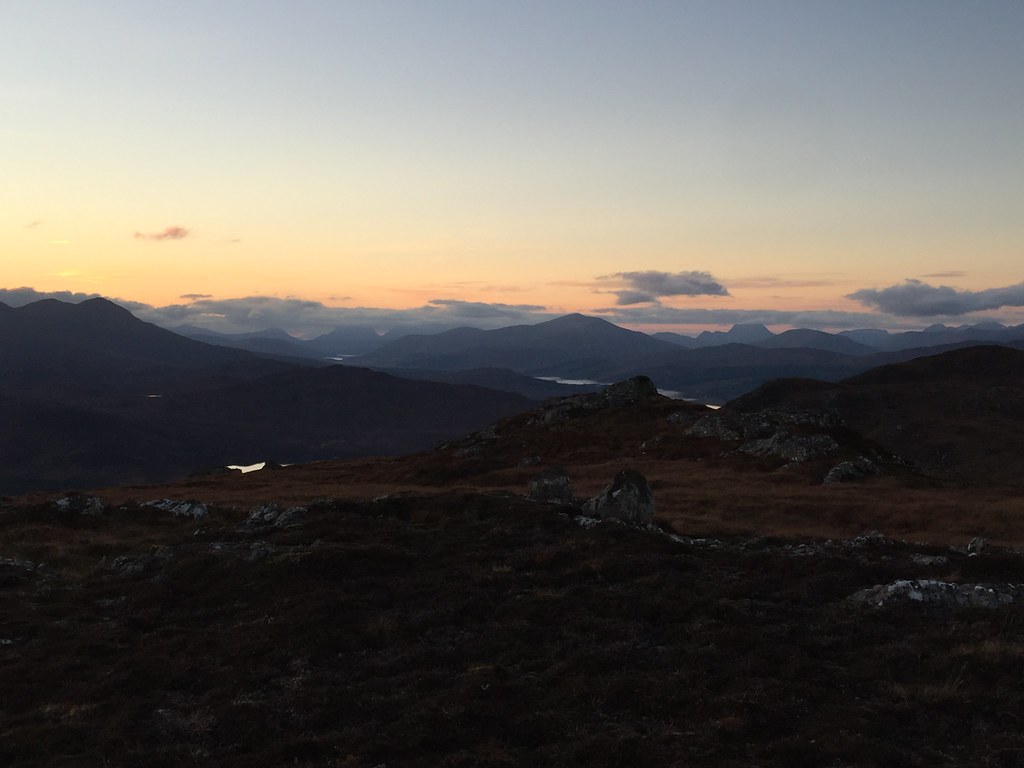 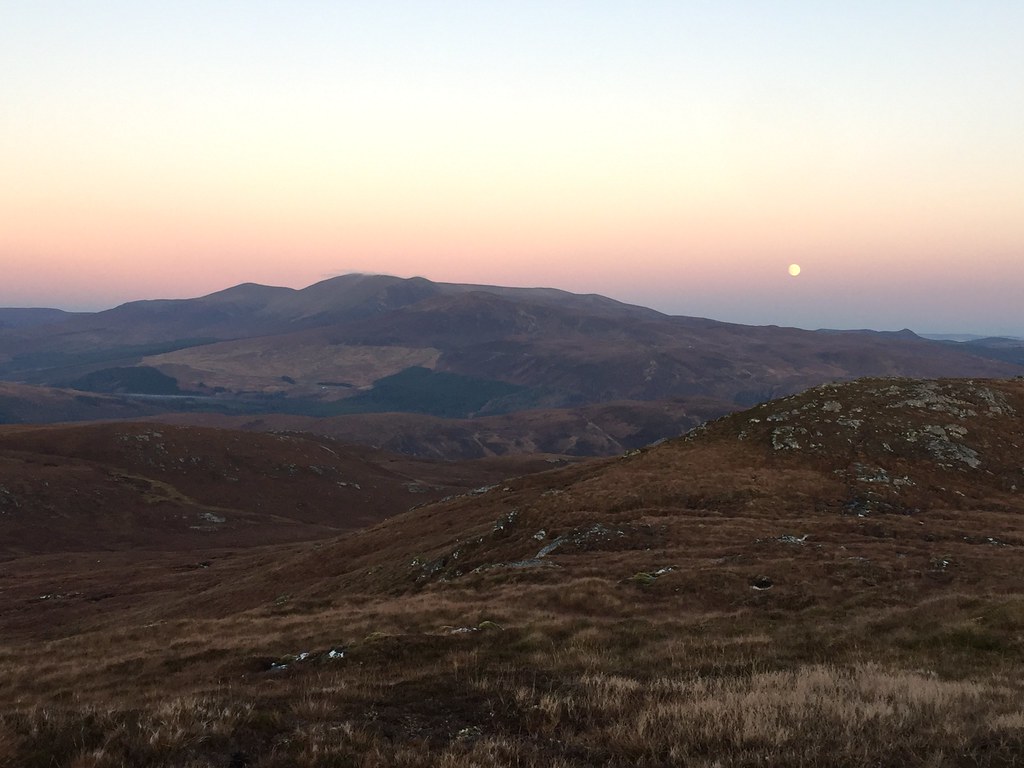 After some food and a break, we descended by the shortest route into Glen Marcasaidh, where we were able to pick up a decent vehicle track. There were a couple of steep bits in this, but on the whole the ground was way better than I remembered, with some nice waterfalls and crags. 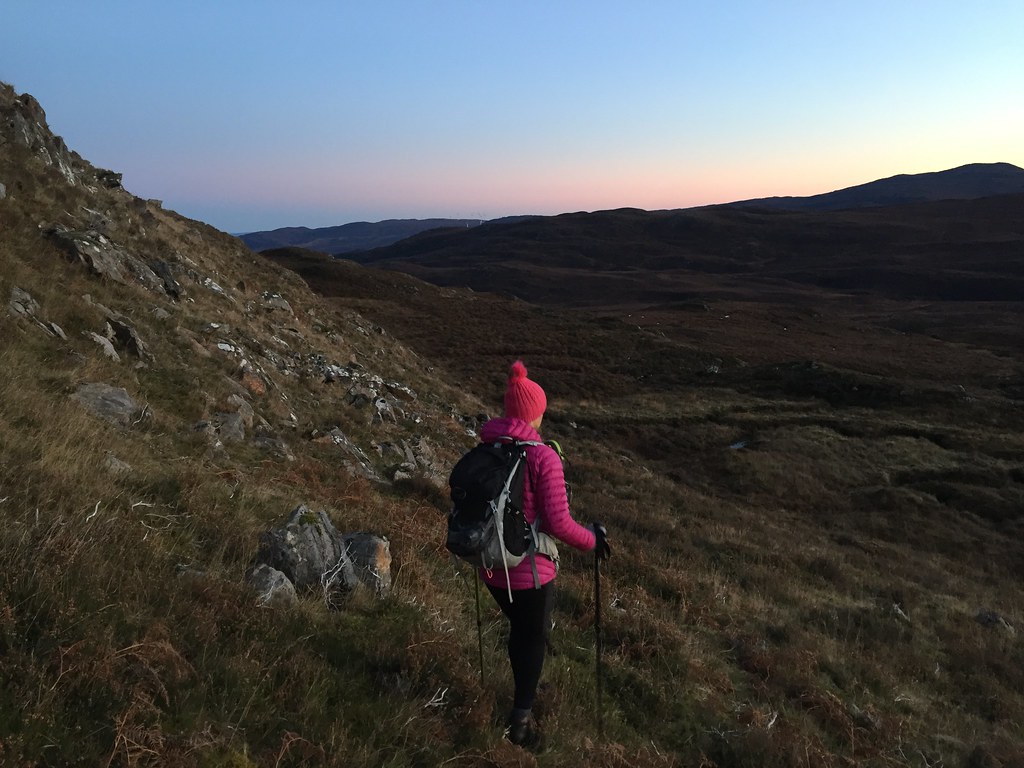 There were a couple of miles of track to cover before the farm at Glenmarksie, the light disappearing as we walked. We weren't concerned though - it was a lovely (if cold) evening and the walking was easy. After the farm, a left turn took us to the point where we had left the track on the way up. 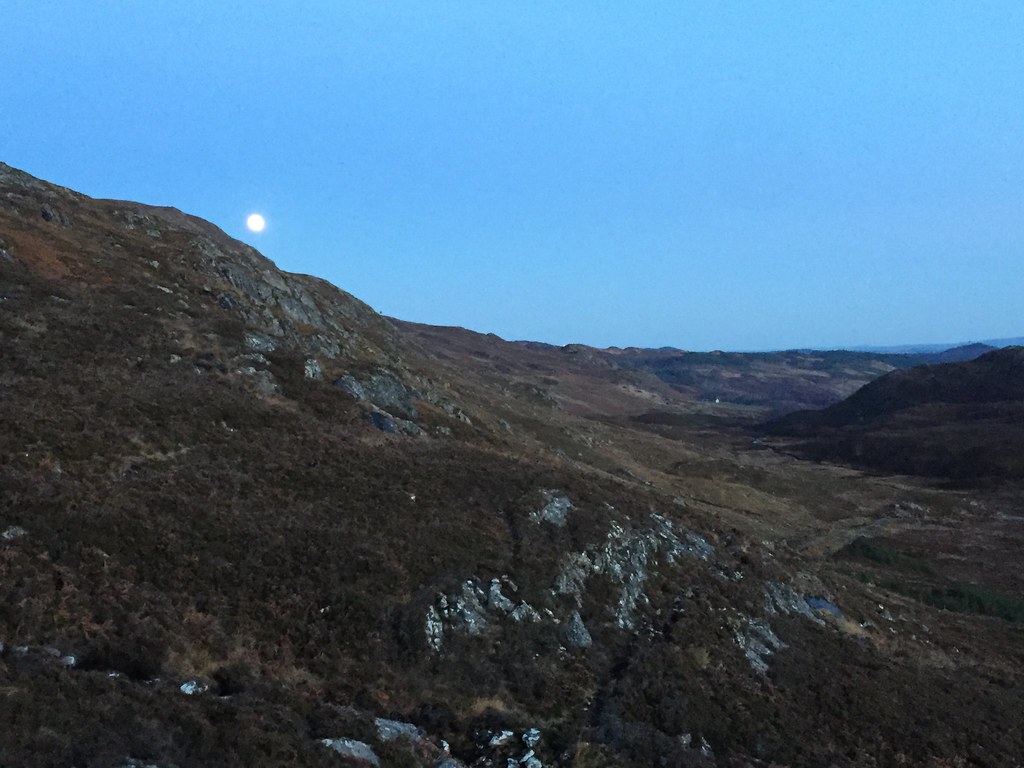 I really enjoyed my previous ascent of Sgurr Marcasaidh and the adjacent Creag Loch nan Dearcag, and this revisit just cemented my liking of this forgotten little corner of Strathconon (which in itself is slightly off the beaten track).