(Our) first snow of the winter above the Northern Corries

(Our) first snow of the winter above the Northern Corries

Another good weather day (earlier on at least), and this time we weren't constrained by any work in the morning. We still aren't any good at making early starts just now, so we weren't actually parked up at the ski centre until 11:30am. Originally we had been keen to head to Torridon, but cloud and rain was moving in from the west so we opted to find some snow on the Cairngorm plateau instead. Starting by going straight up Cairngorm, we were unsure whether to drop down to Stac an Fharaidh or traverse the rim of the Northern Corries next (Jackie's fitness limitations meant that both together were not an option). 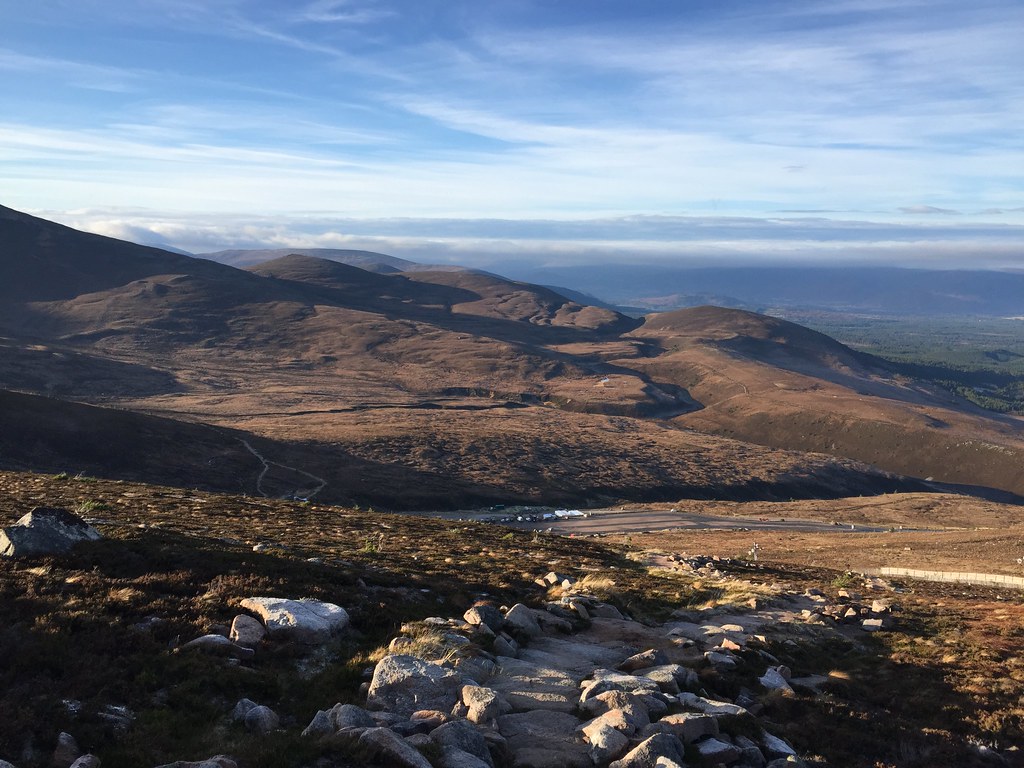 Despite a strengthening wind being forecast, this didn't really hit until the summit, so the ascent was quite warm in the sun. The route was probably quieter than usual for such a nice day, but there were still half-a-dozen or so pairs and families spotted on the way up. The snow was just a dusting really, but it had refrozen enough times to be quite icy in places. We hadn't bothered with crampons but we had axes, and didn't think we'd find ourselves on any difficult terrain today. 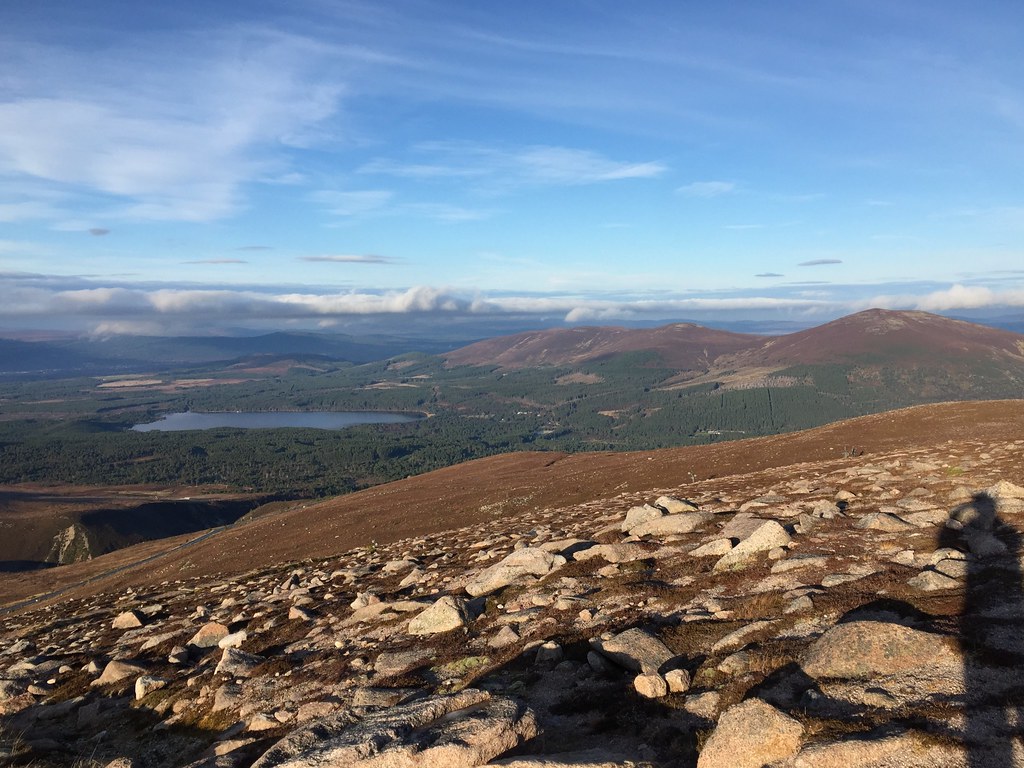 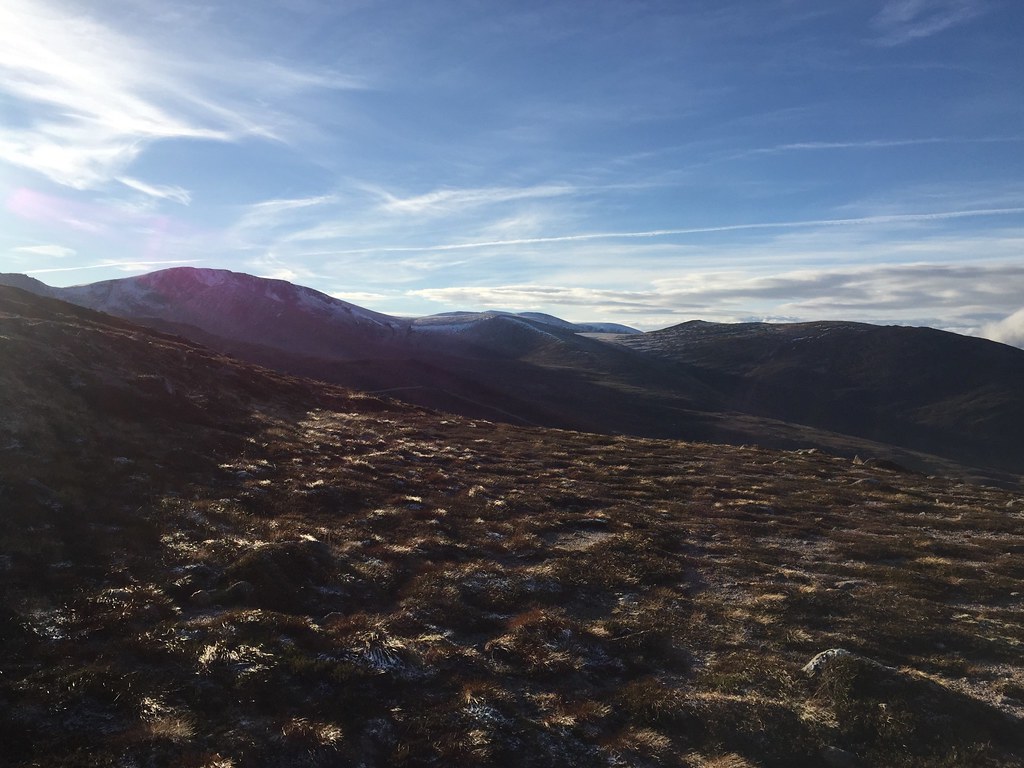 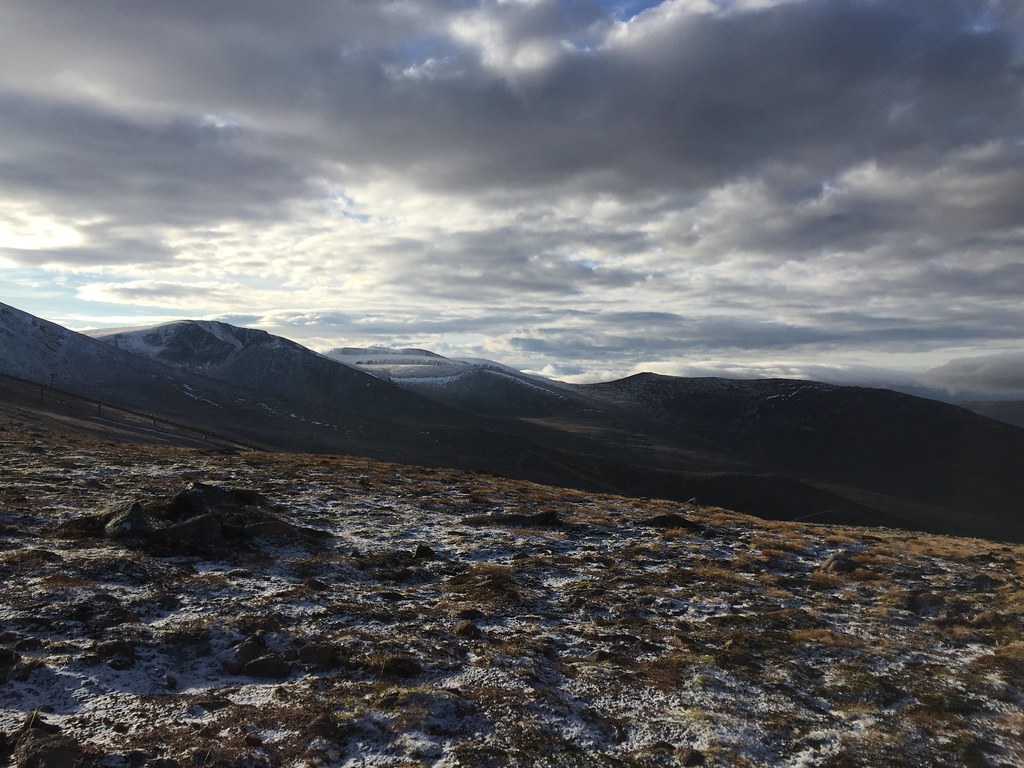 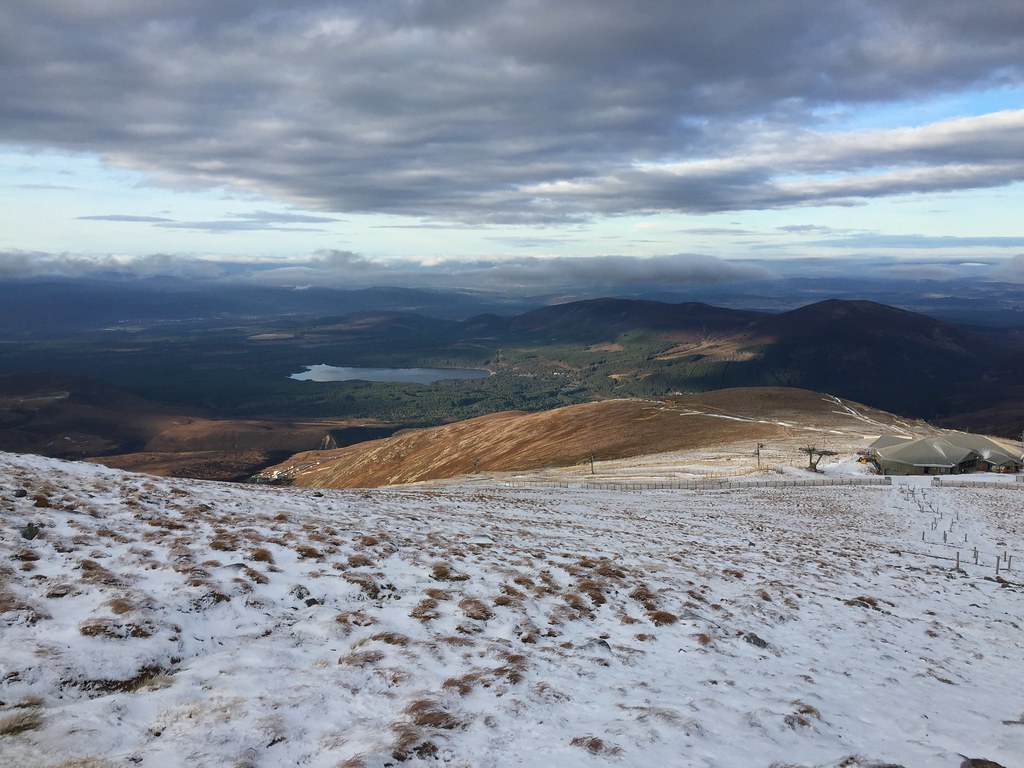 Above the Ptarmigan restaurant 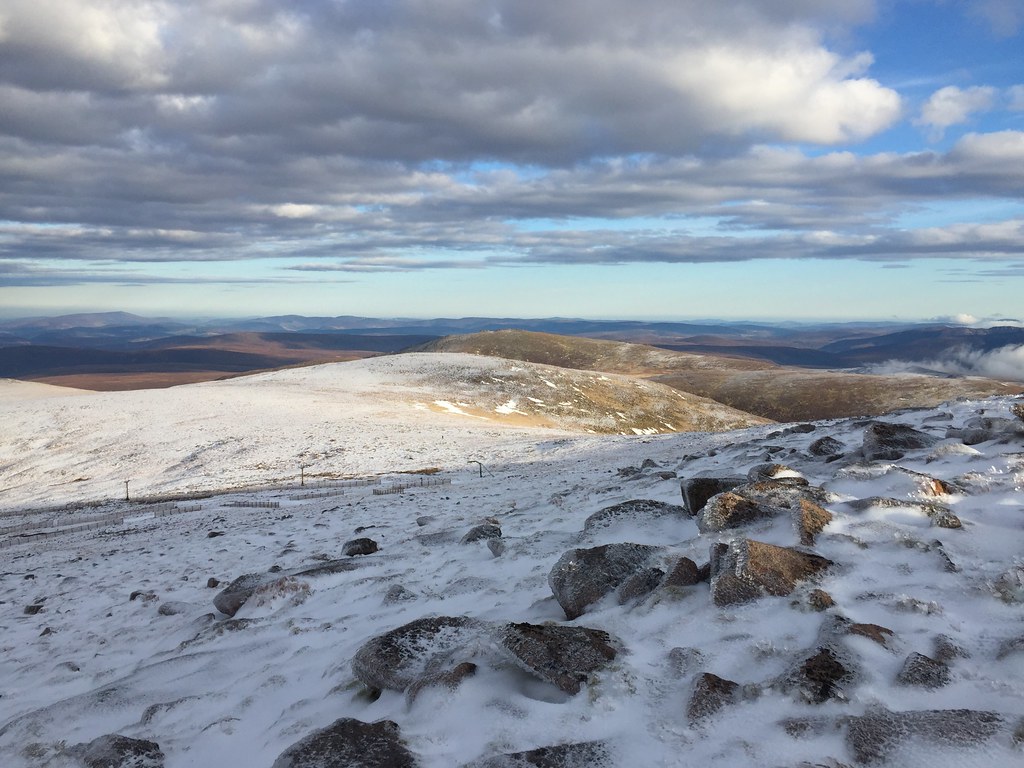 Other than east to Aberdeenshire, it was not a day for long distance views. Everything to the west and north was obscured by the cloud that was rolling in, and even the southern part of the plateau around Beinn Meadhoin was filling in. Ben Avon looked great though. 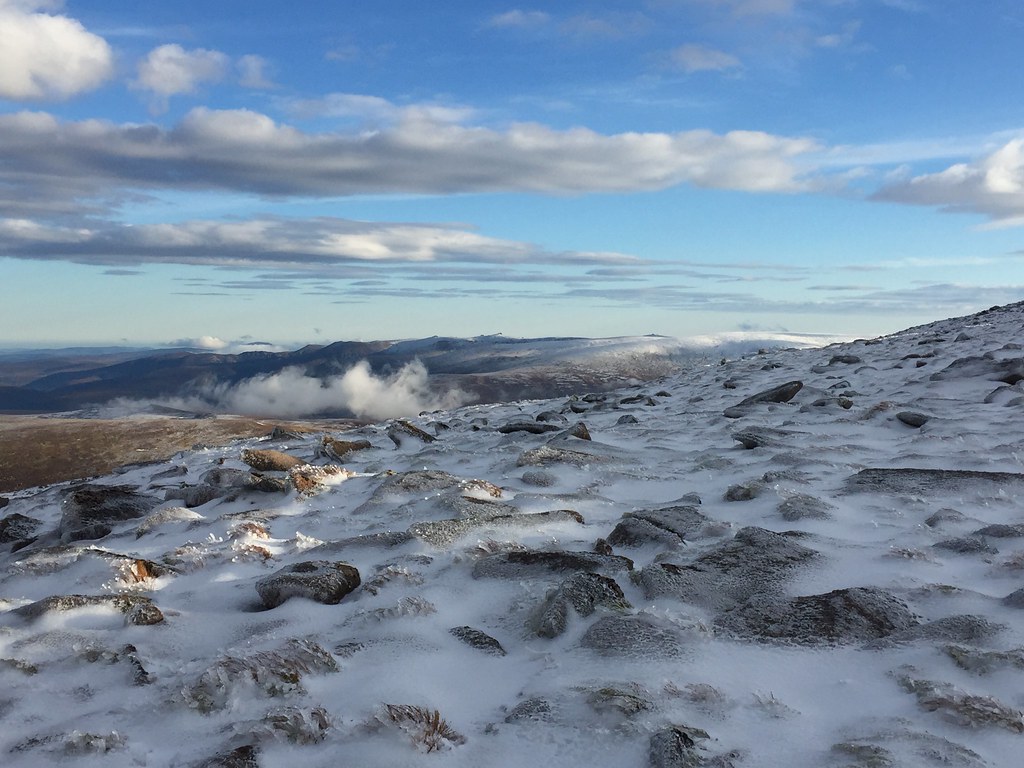 Ben Avon and the Eastern Cairngorms 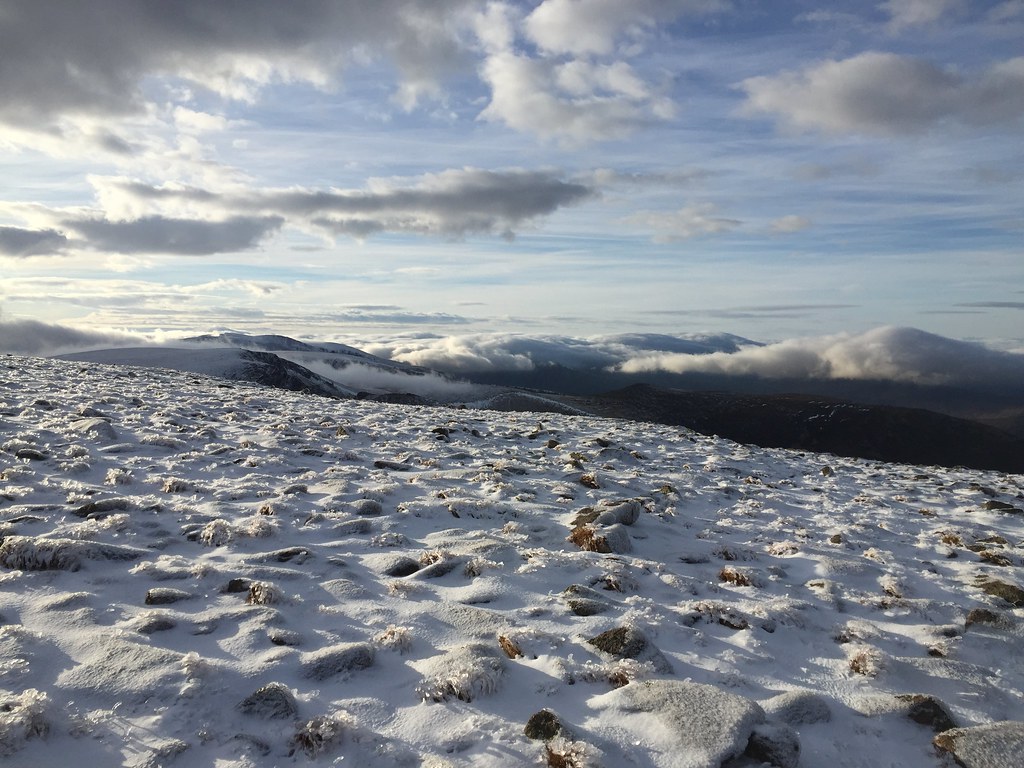 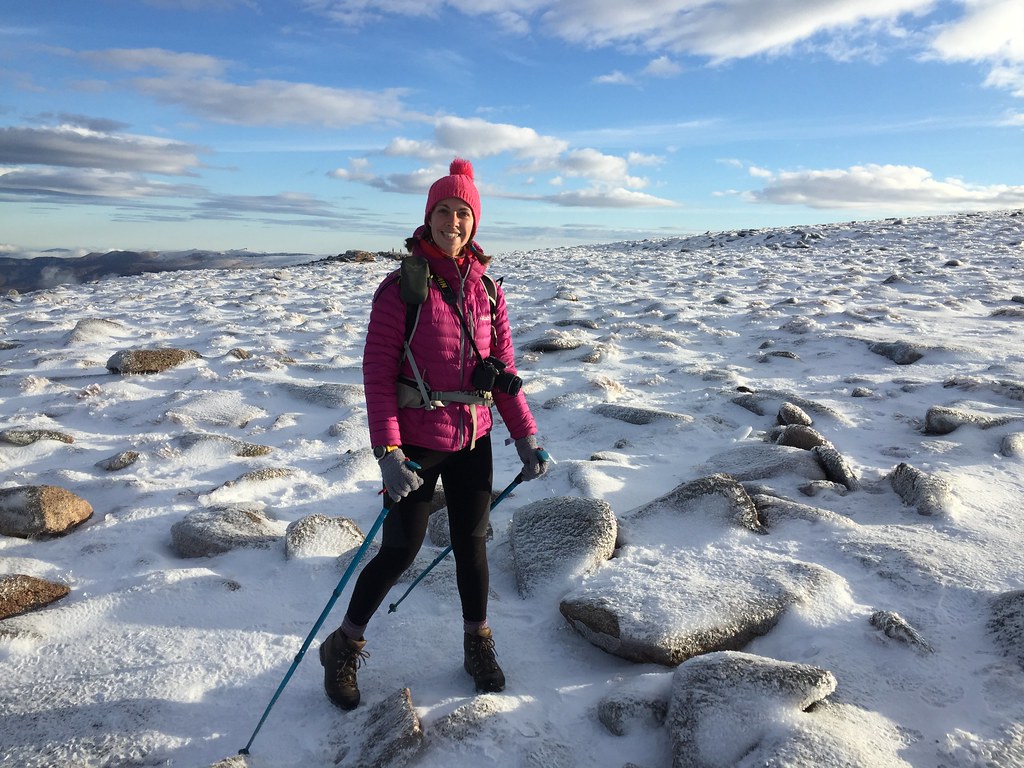 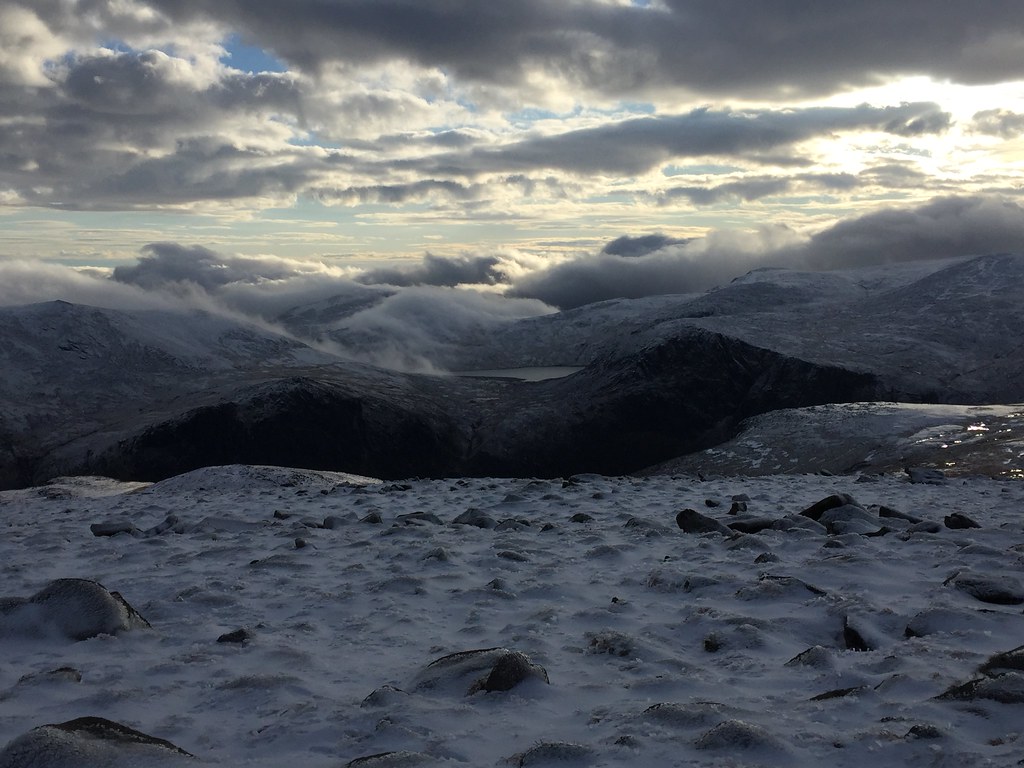 The breeze was definitely evident on the summit - cuttingly cold but thankfully not as strong as expected yet. Given that the weather was moving in, we decided to get some more distance in before stopping for lunch. In the end we opted to head west as Stac an Faraidh was likely to be clagged in soon enough. 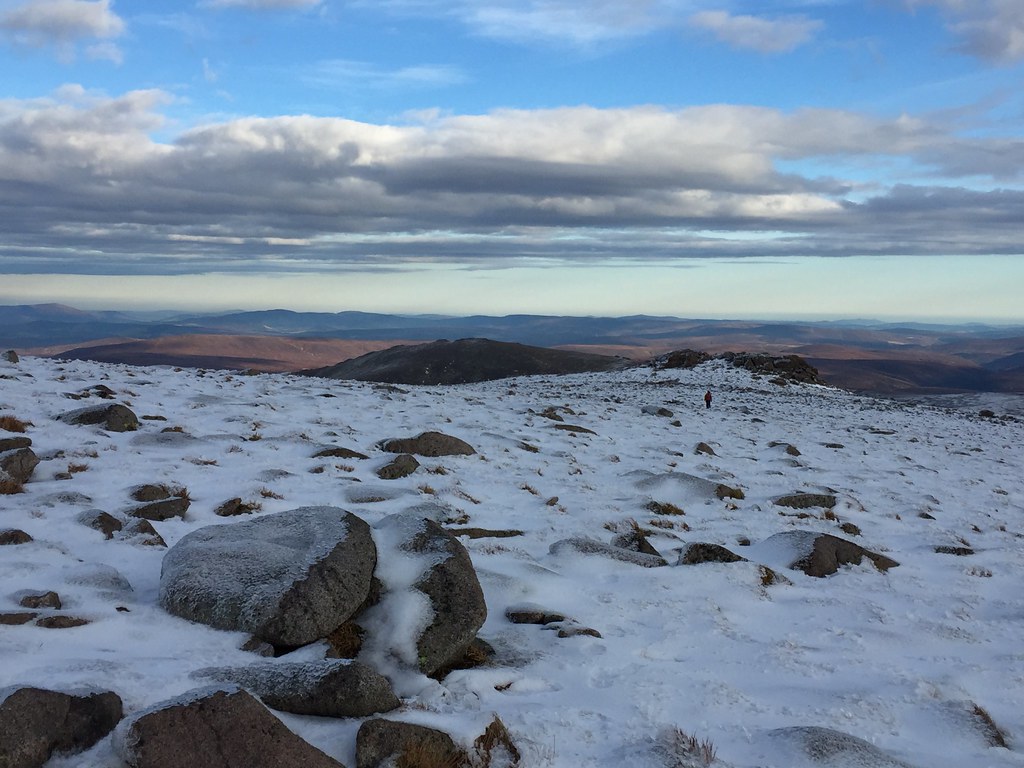 Across Bynack Mor to Moray and Aberdeenshire 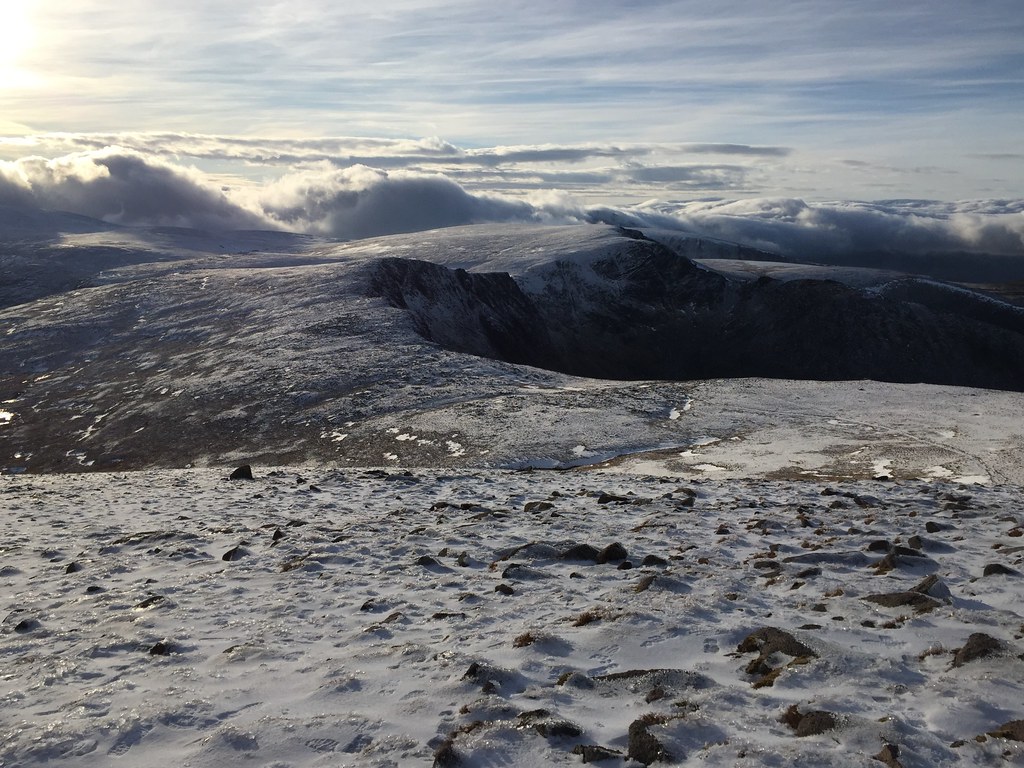 Along to Cairn Lochan 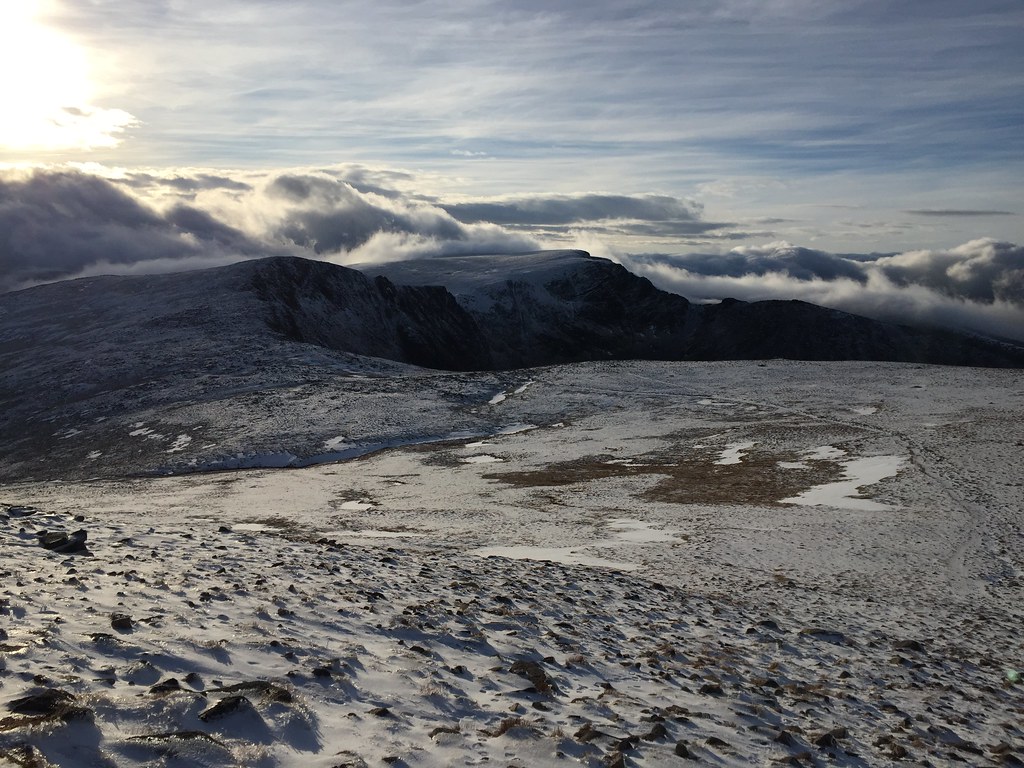 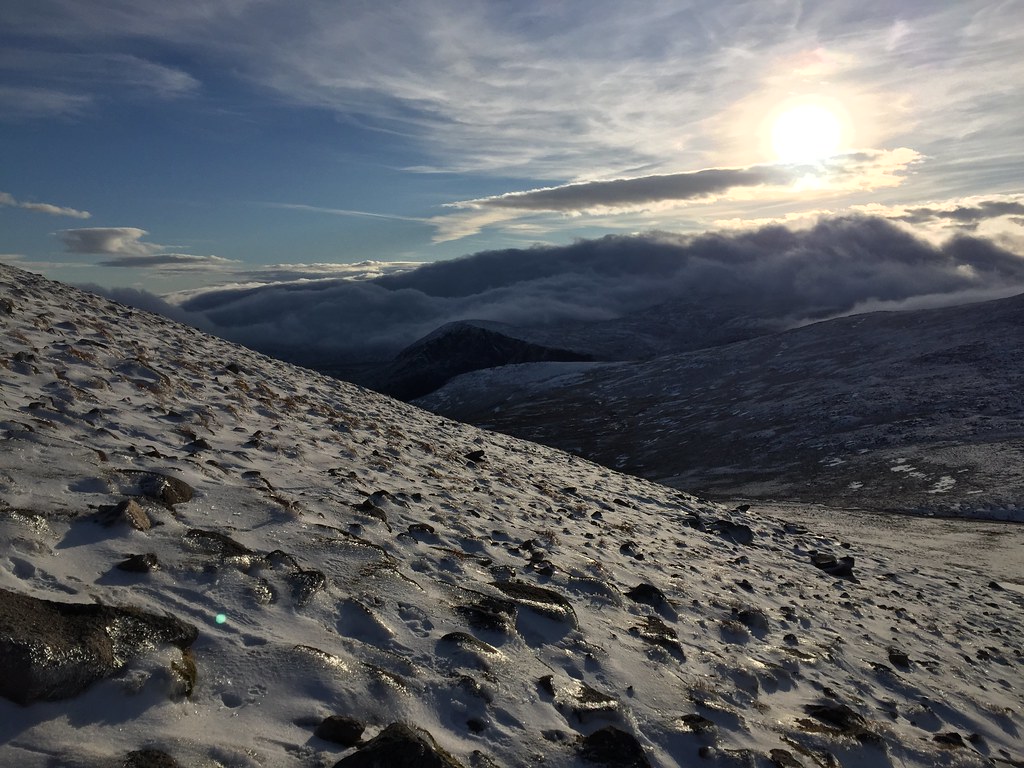 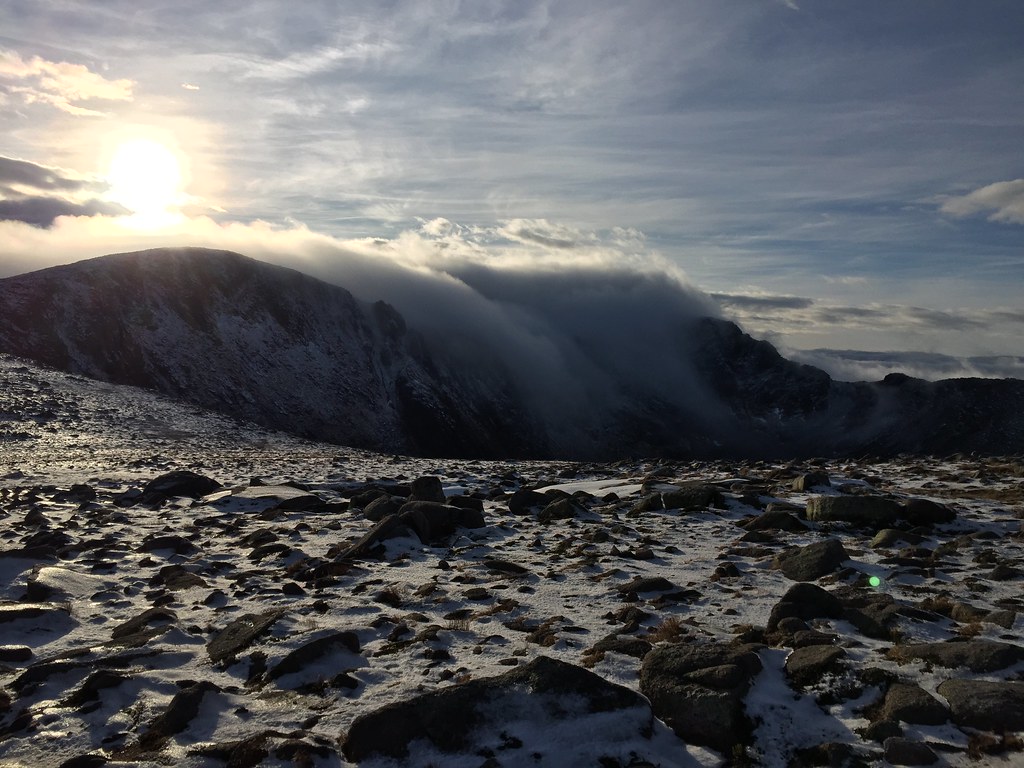 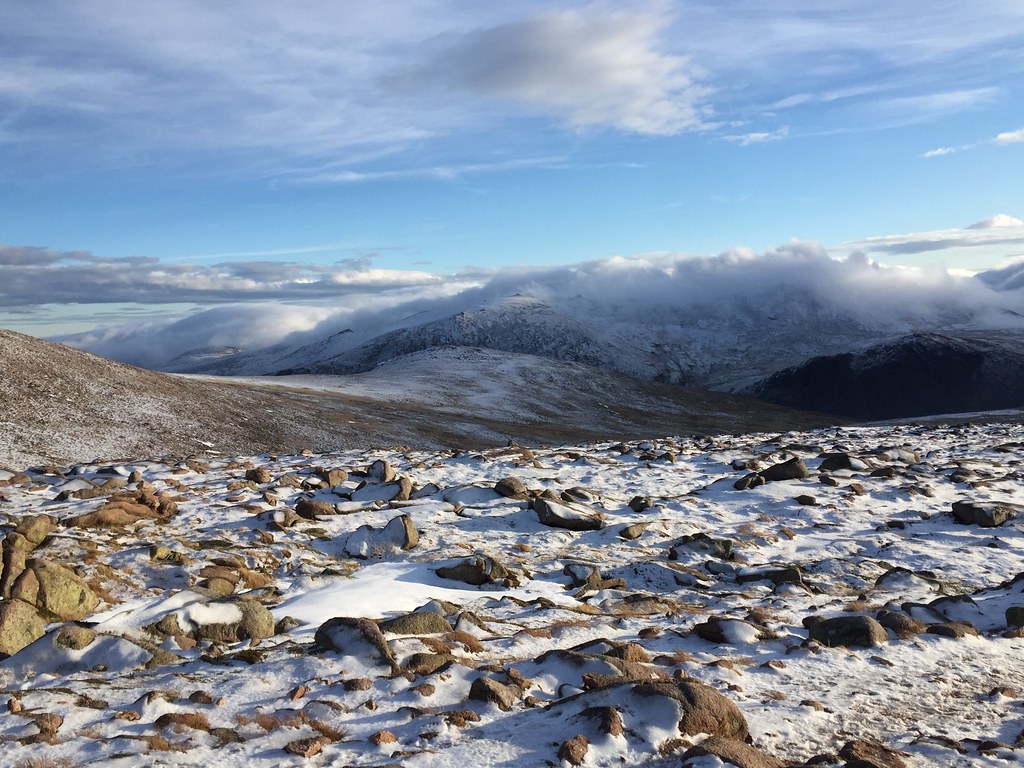 At the foot of Cairngorm, we had our lunch as the cloud began to roll over Stob Coire an t-Sneachda. Not to worry - we'd had some great winter scenery so we could tolerate a little of this! By the time we reached the next summit, the views were history, and even the sun was too weak to break through and provide a Brocken spectre. 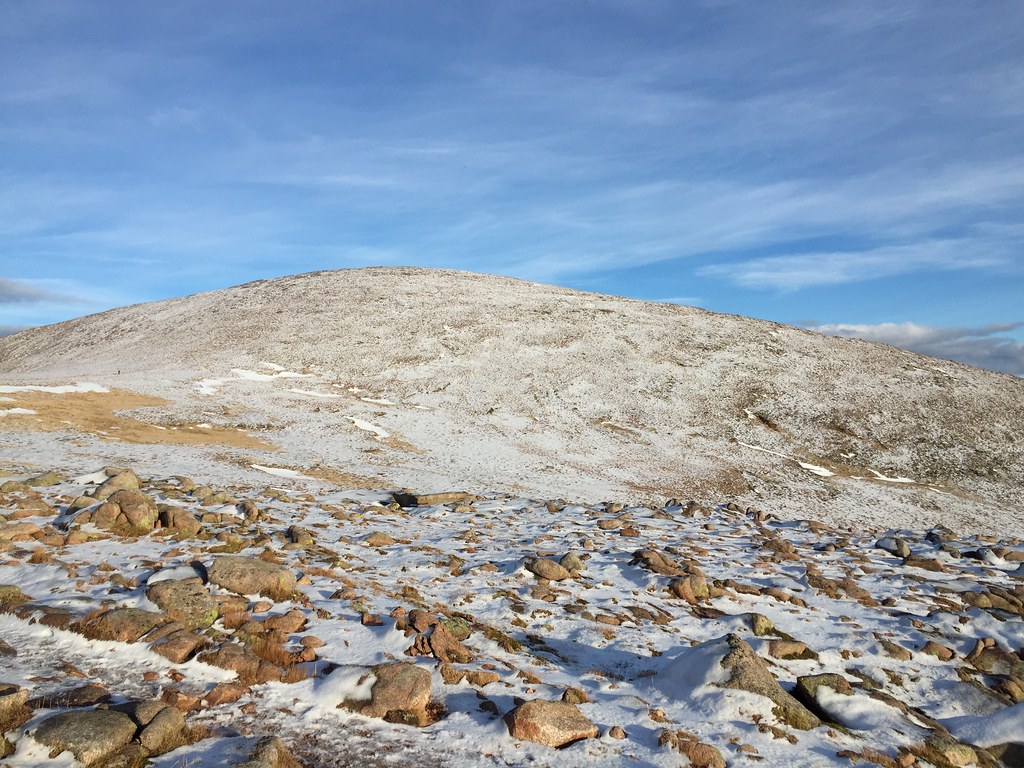 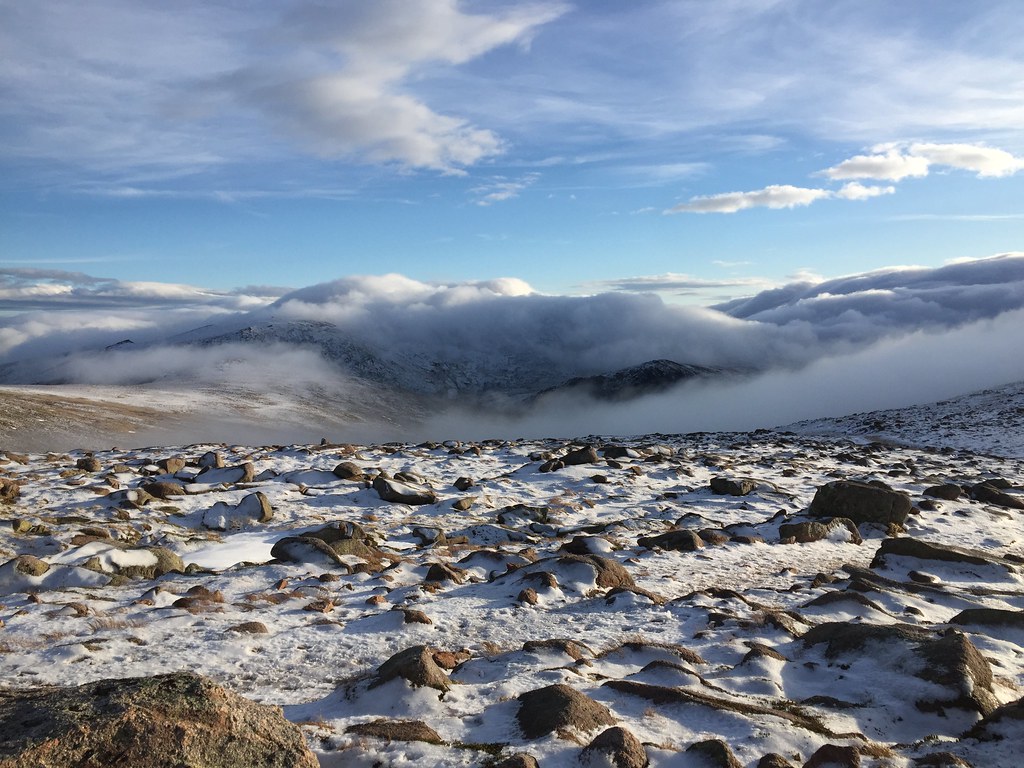 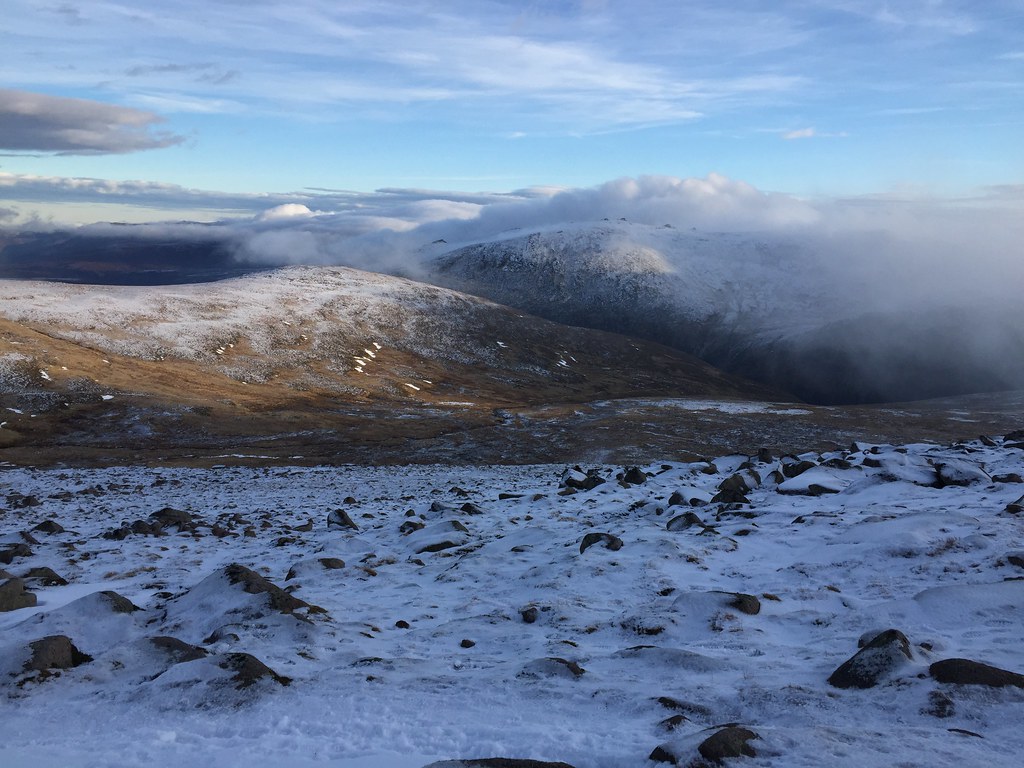 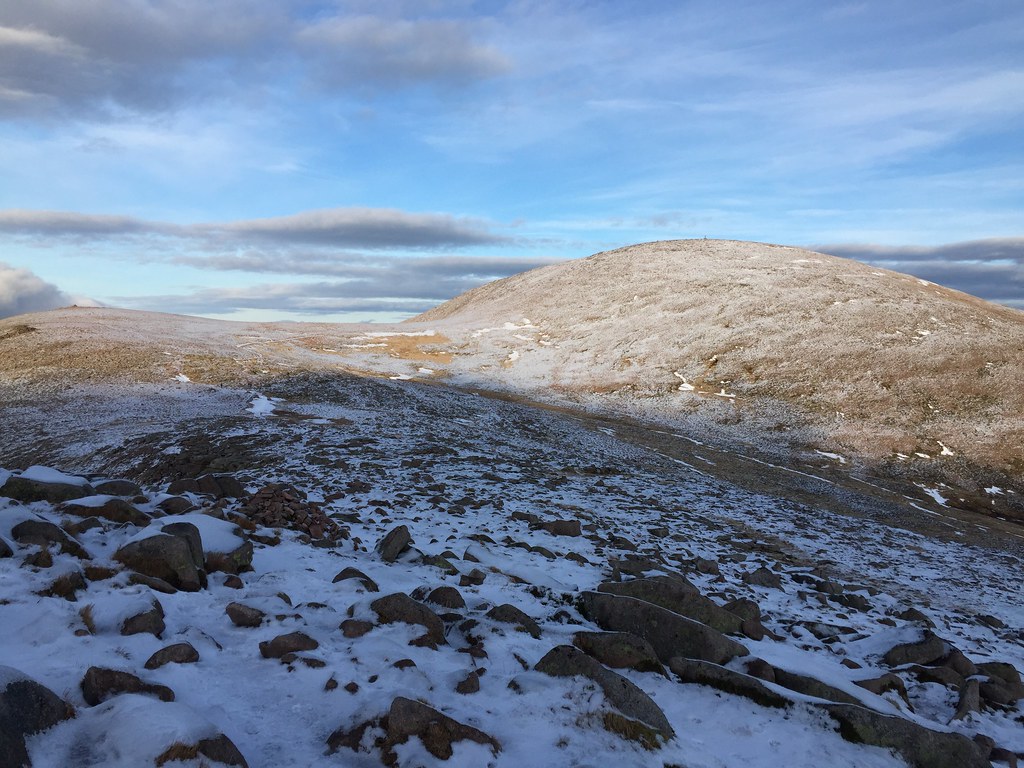 Last look at Cairngorm before the clag moved in 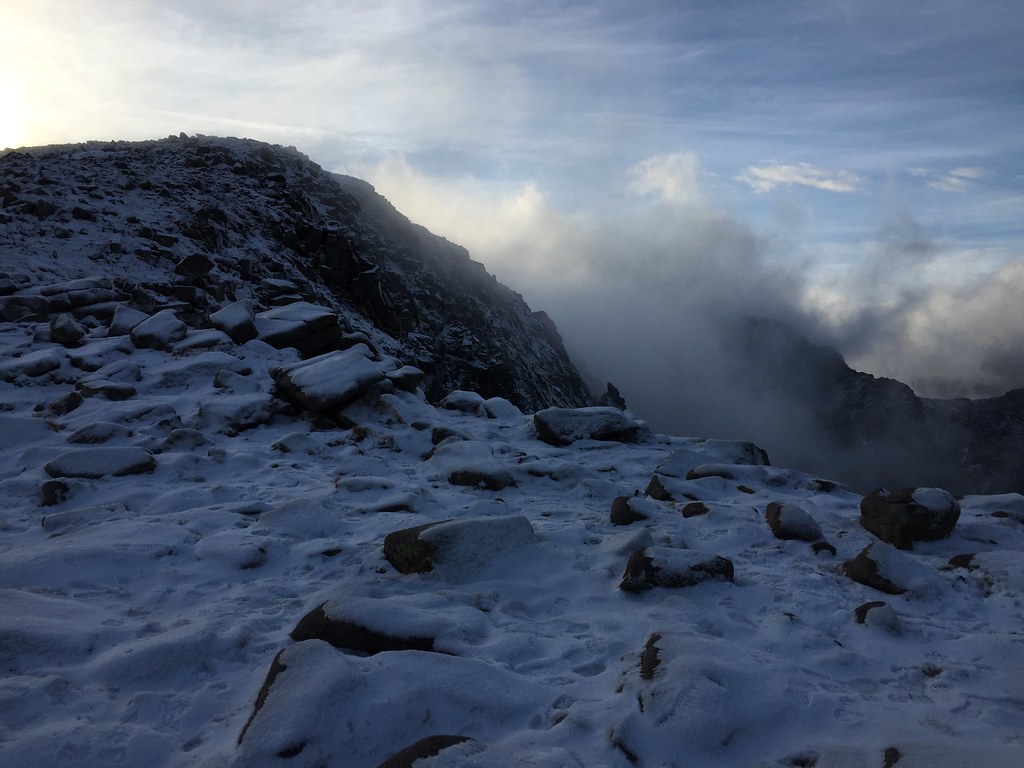 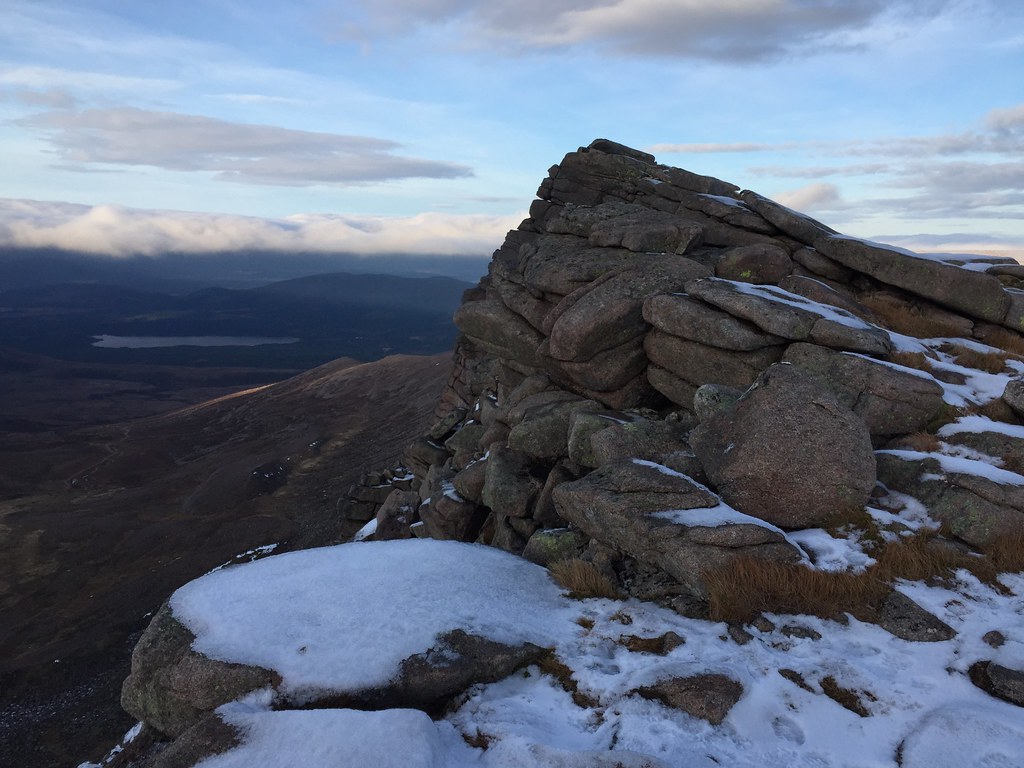 On Stob Coire an t-Sneachda

There was a brief break in the cloud before heading up Cairn Lochan but the summit of this had more gloom. Oddly, although the wind had increased overall, there was practically nothing at this summit. 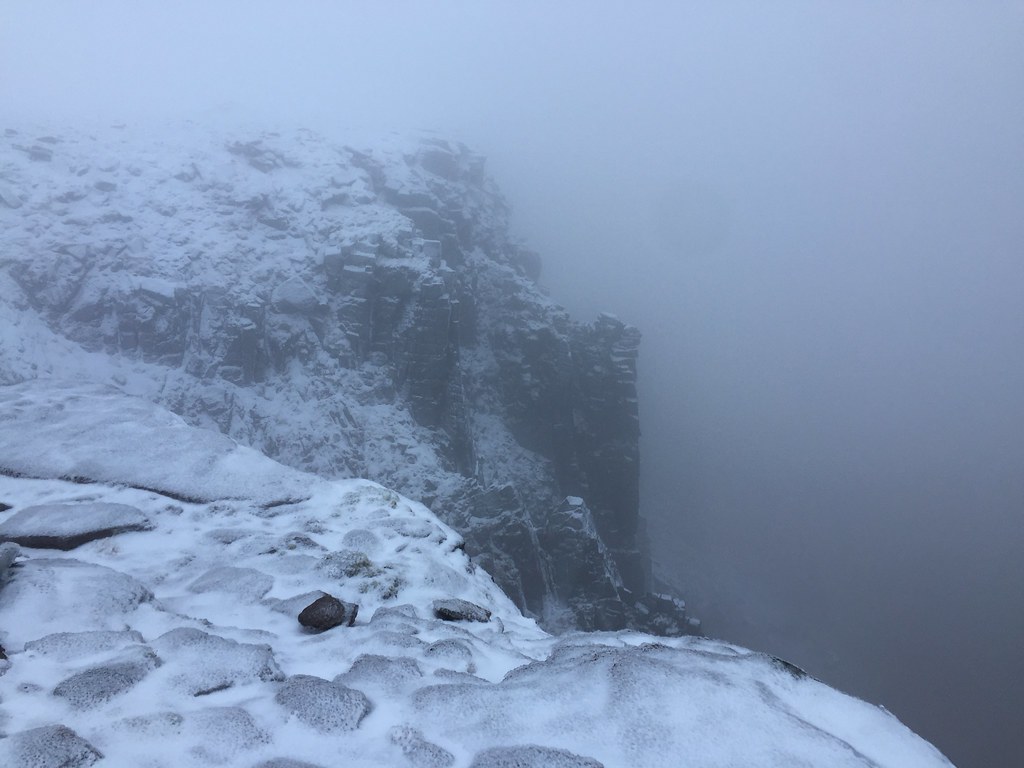 As we dropped down towards the Ben Macdui path, we came out of the cloud but the outlook was much greyer and duller, so we didn't bother to wander over to the edge to look down onto the Lairig Ghru. The wind was quite strong now, but at least it was behind us. We were overtaken by a speedy fellrunner as we started the walk back to the ski centre. As usual, Jackie started to run out of energy near the end, although this time it was only the final ascent back into the carpark that did for her. Pretty good, as this was probably her most ascent in a day post-Covid. 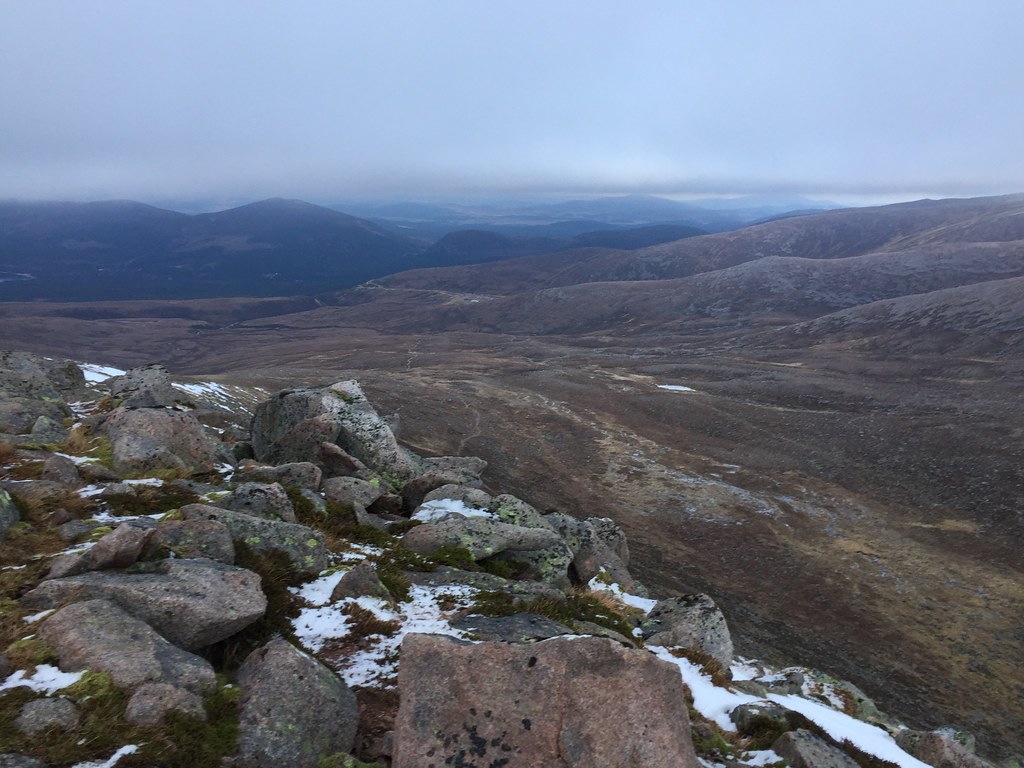 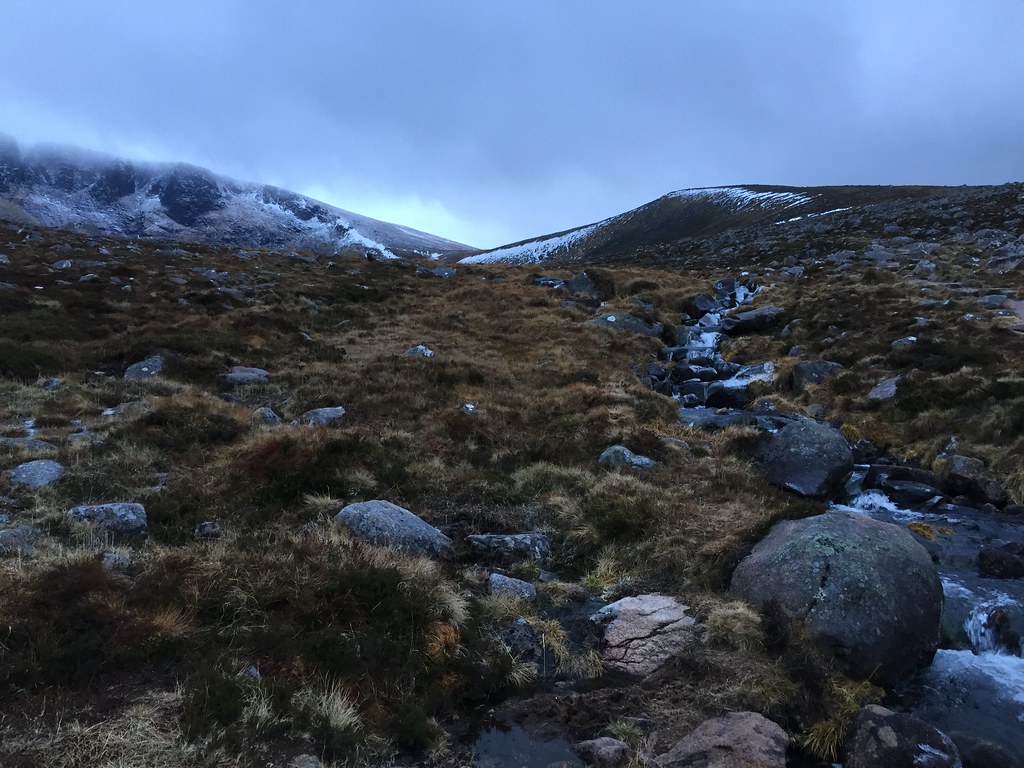 Looking up Coire an Lochain

), but sadly the Aviemore branch had shut temporarily due to a lack of customers. Luckily for us, the Inverness branch was still open, so although a little unconventional, we called in there and had ice cream at home instead