It was inevitable at some point that Jackie would hit another bad patch of post-viral stuff. After the pleasure of getting up onto the high Cairngorms the previous weekend, a week of feeling crap had followed, and today still wasn't great. Stupidly I was in charge of finding a suitable walk, and I picked Torr Achilty. I had struggled up from the Loch Achonnachie dam through all sorts of horrible undergrowth previously, but I was convinced that there would be a better way up from Contin. The dam is fenced off now anyway, so an approach from Contin is really the only logical way left.

Parking by the old bridge just west of Contin, we walked past the quarry entrance and along a farm road. 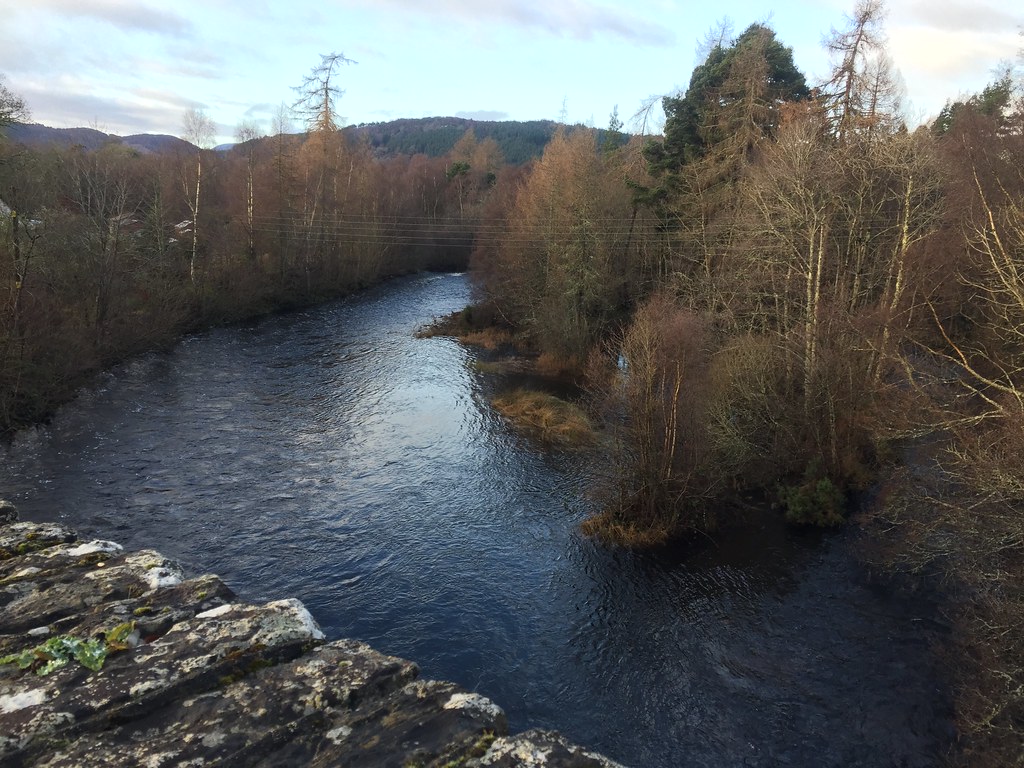 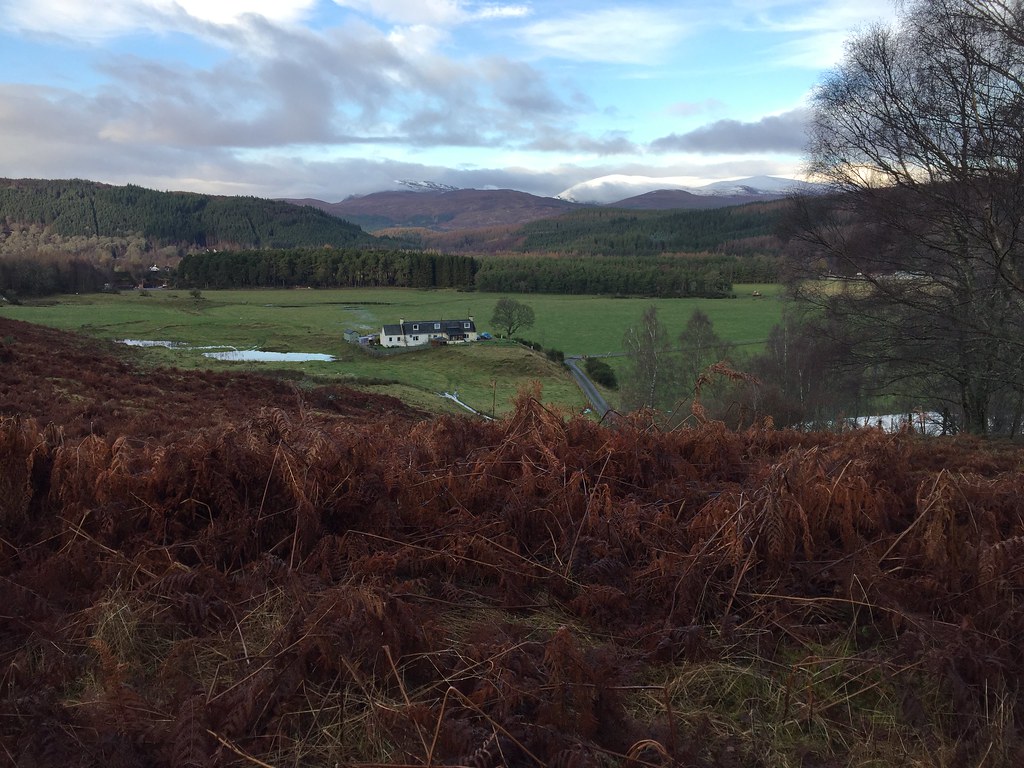 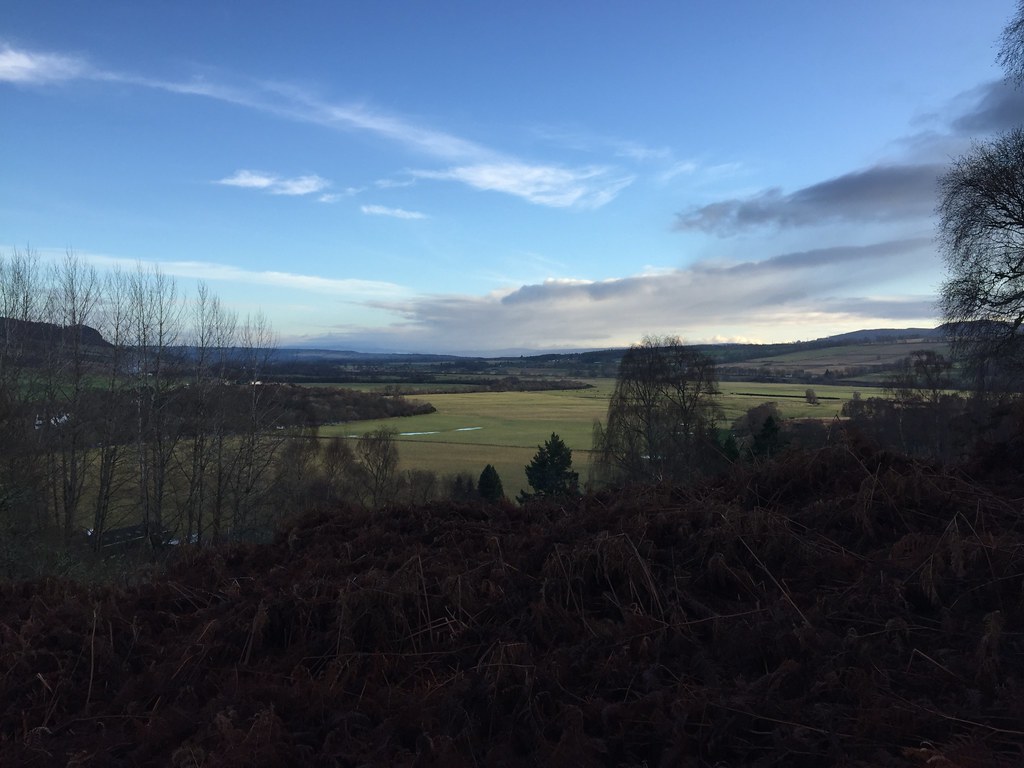 Just after the first house, we hit the hillside. There was a lot of bracken around but it was largely dead now, and there were animal paths through it. As we got higher, we were able to pick up a reasonable path, although there were quite a few different ones to choose from. Jackie was really struggling with her breathing here and I wondered if we should just have gone for a flat walk instead. Still, we were more than halfway up now. 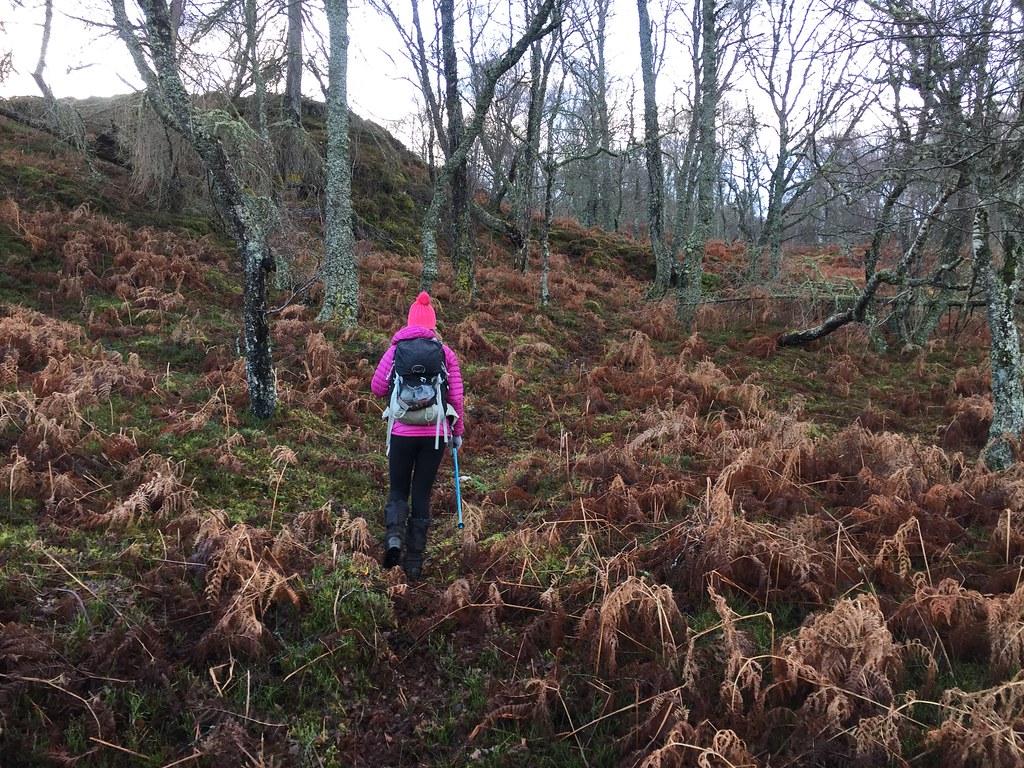 I could see the top edge of the trees and decided to leave the path to get out in the open. Maybe it such a great idea as we were now in waist-deep heather! At least the views were good, so we stopped for lunch. 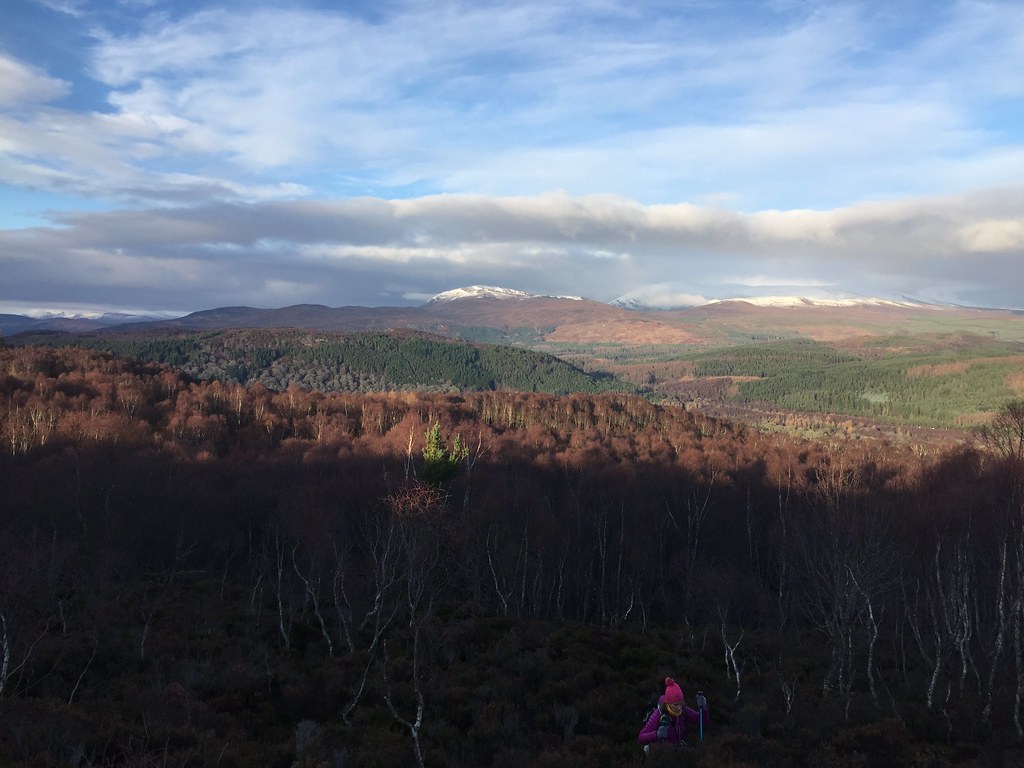 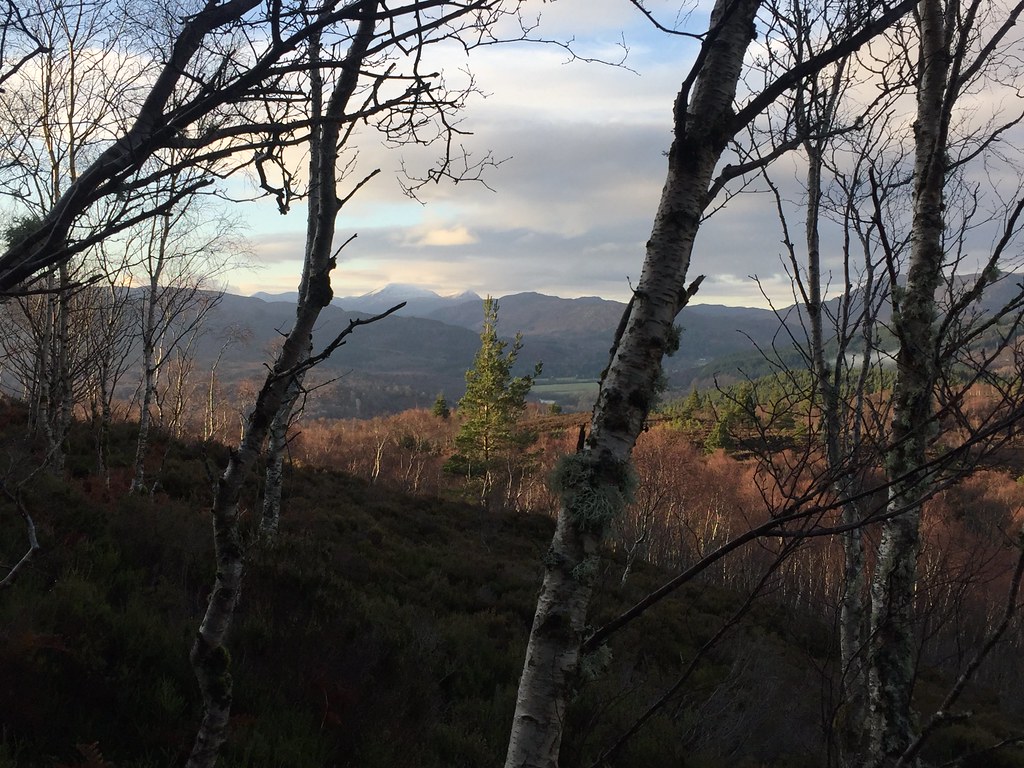 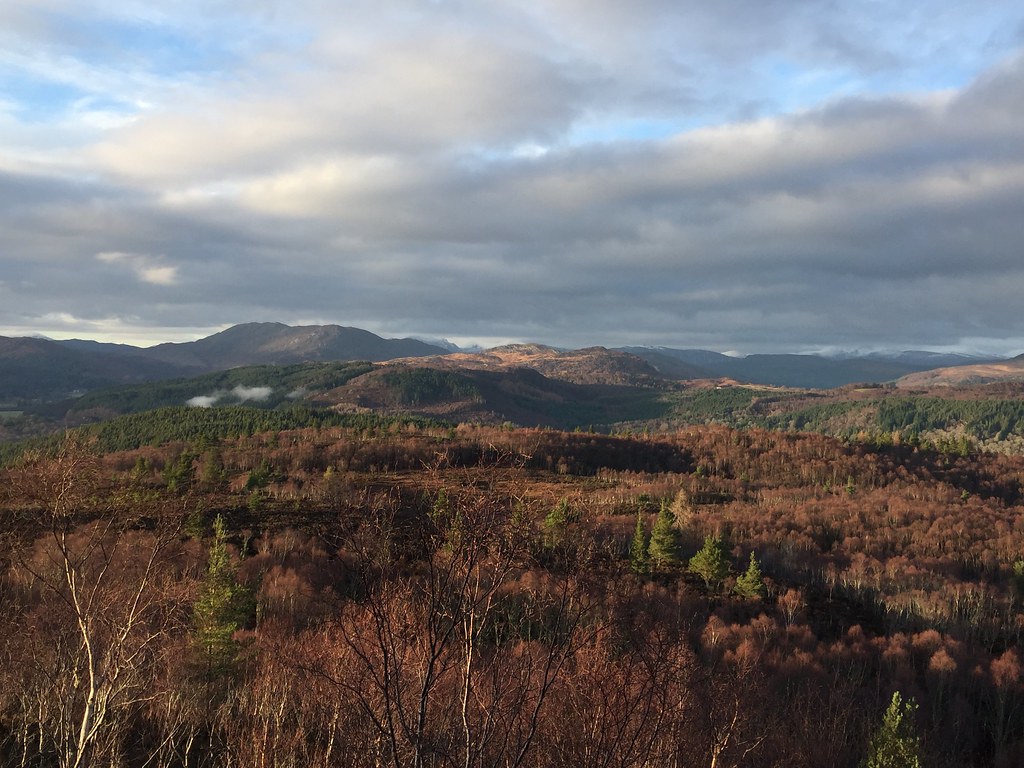 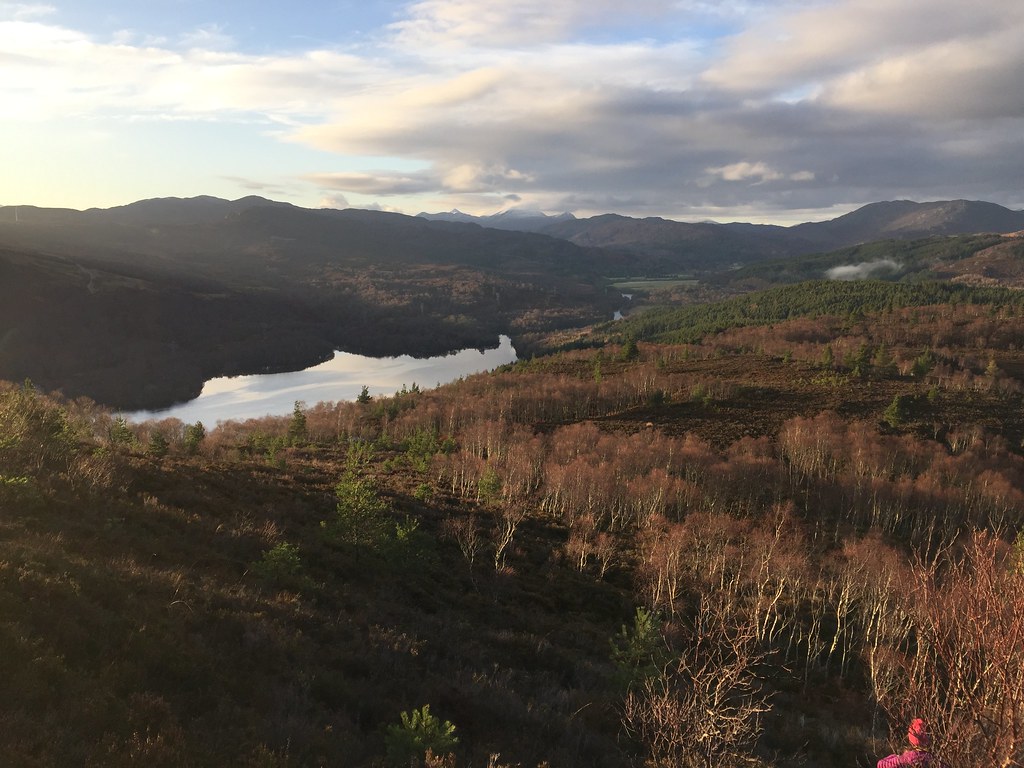 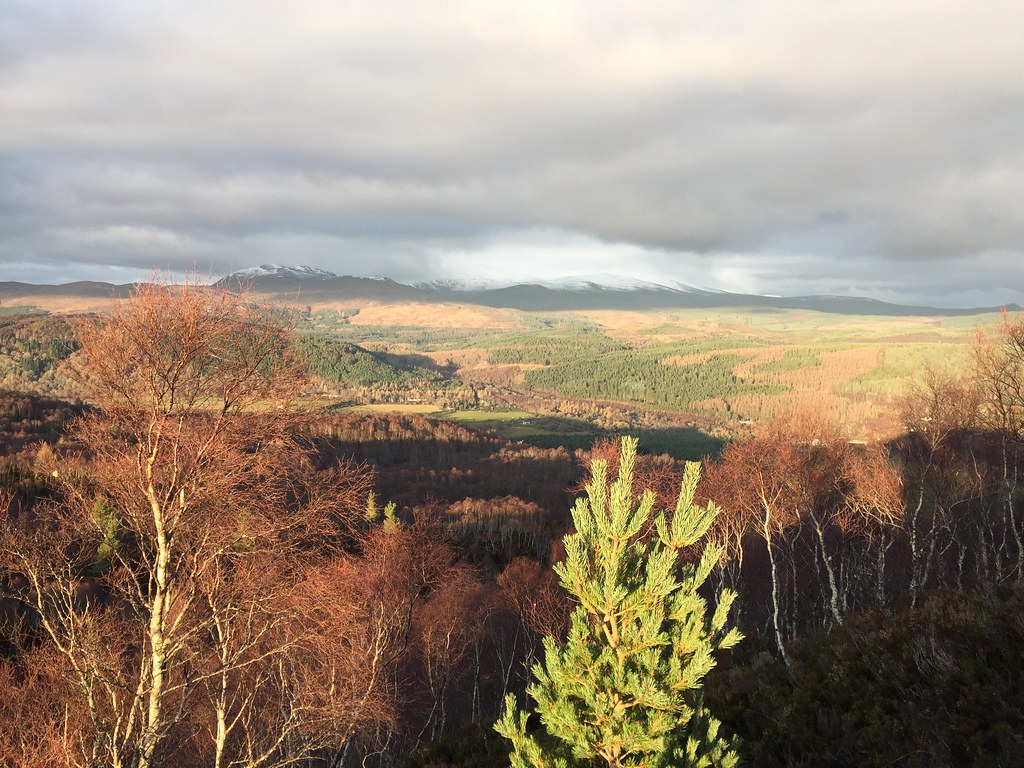 I thought we should follow the flat area and try and avoid the steep cone of the summit directly ahead, but Jackie opted for a face-on assault. Her reasoning was that having got into this mess, we should take the shortest route back out again, as the ground looked as awful everywhere. This involved some heather wading followed by clinging onto tussocks and pulling ourselves up the steep sections. Exactly what I had been trying to avoid 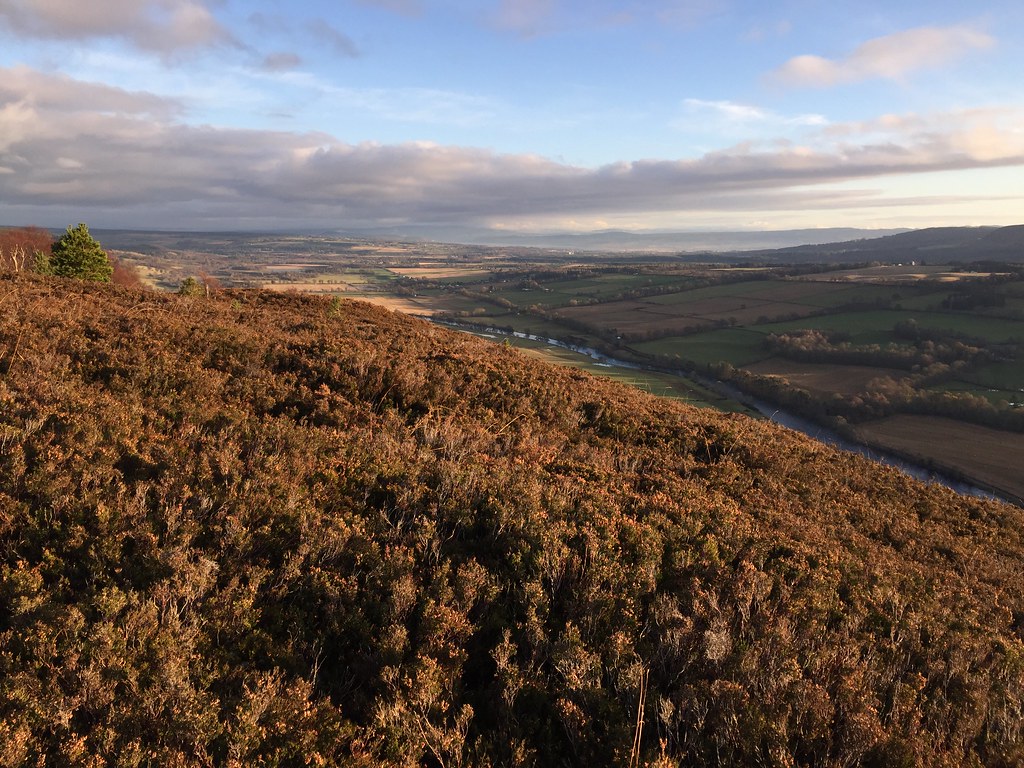 Muir of Ord and Beauly Firth in the distance

Finally on the top, and there was a bit of a path coming from the west. Perhaps if we'd stuck to the path that we were originally on, it would have looped round and led us here. It still looked like it involved some thick heather though. Maybe I'll have a look one day, but I'll probably have to do it on my own! As Jackie repeated a number of times - at least the views were good. The light was really nice too. 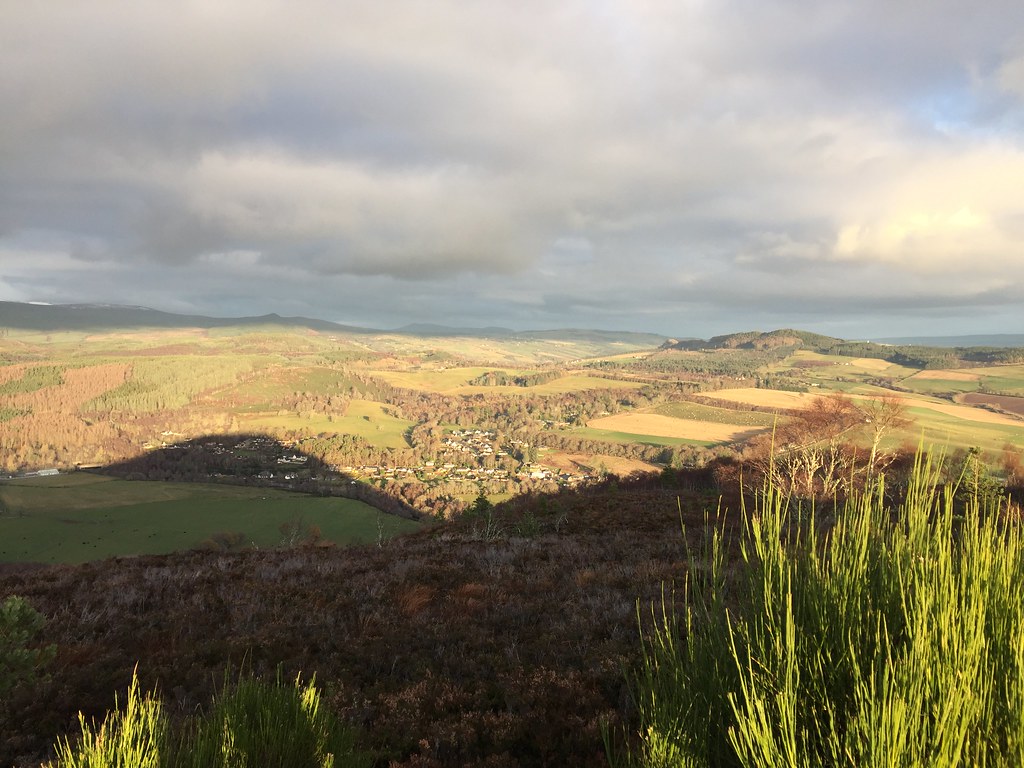 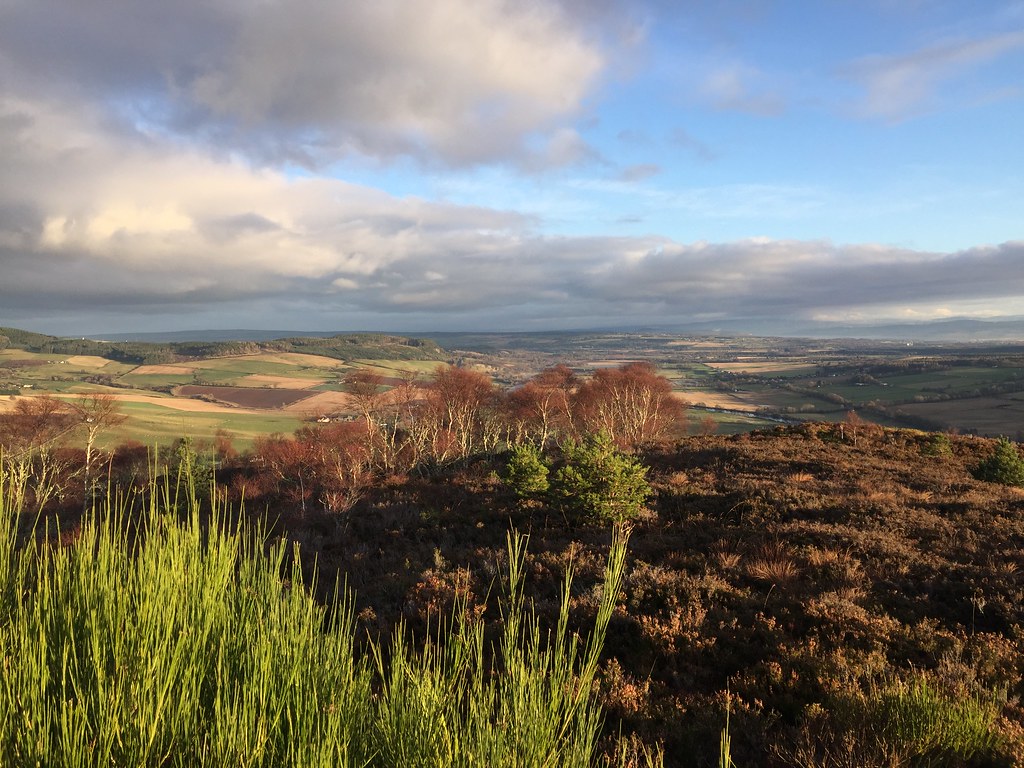 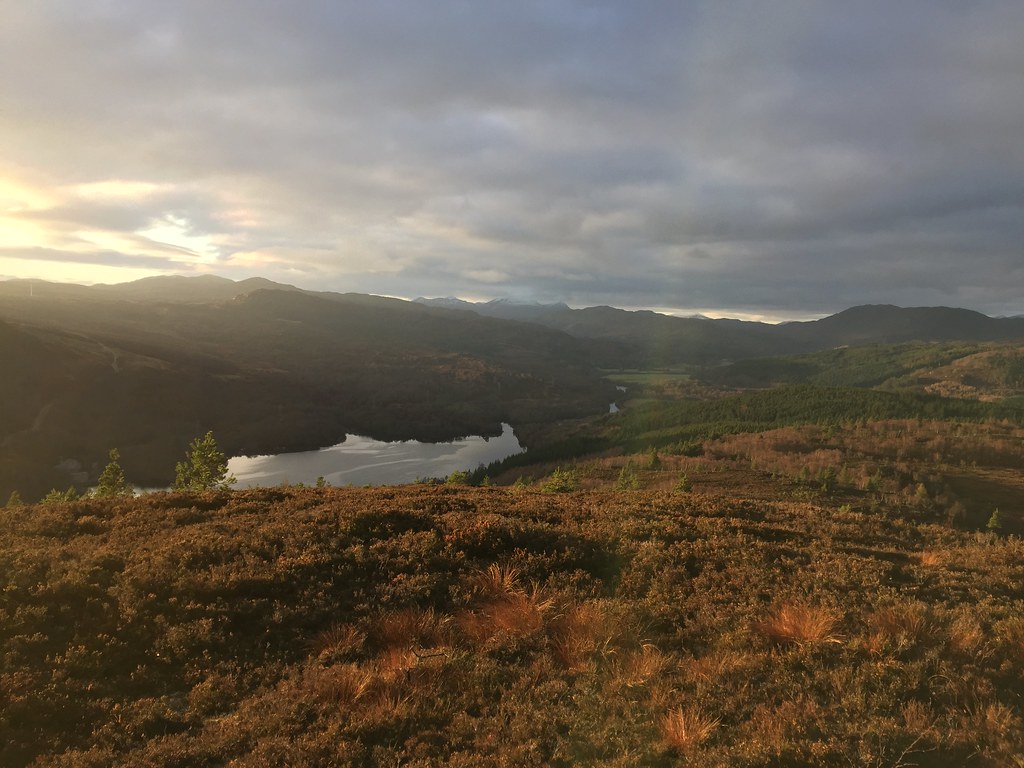 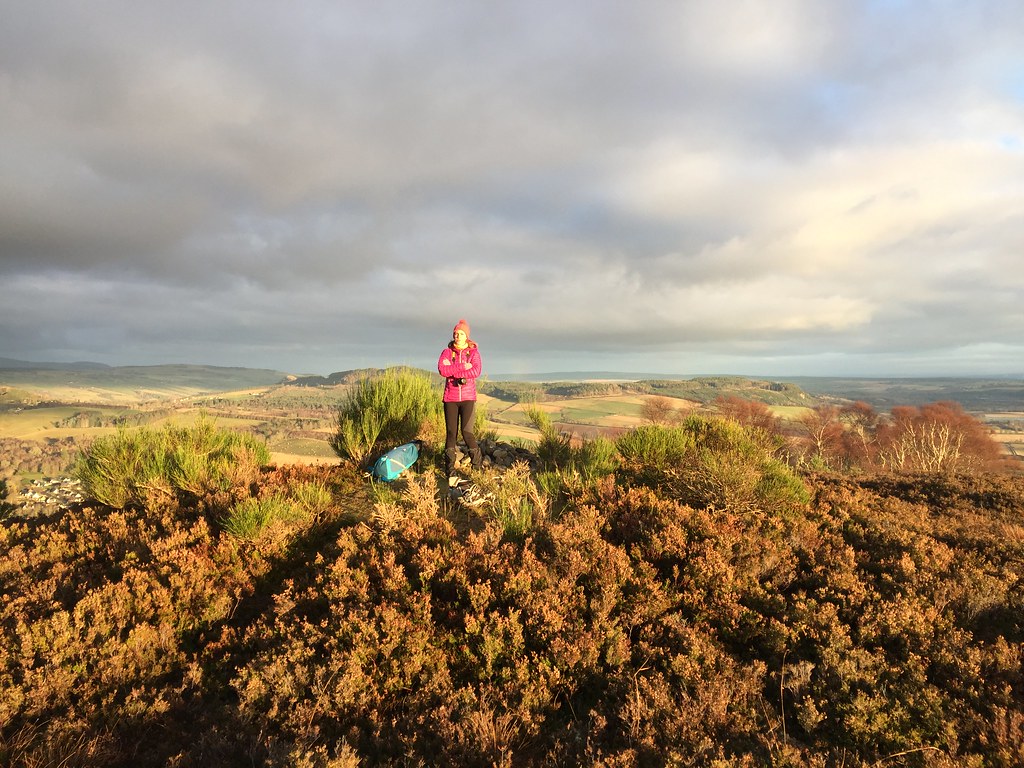 Jackie at the summit 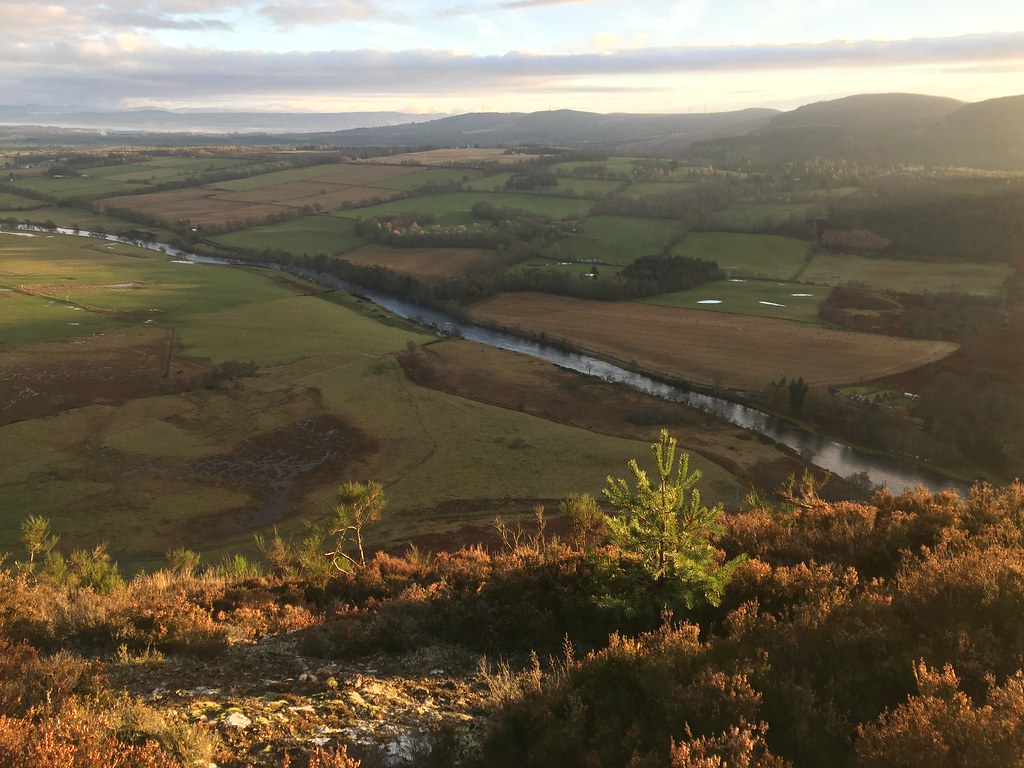 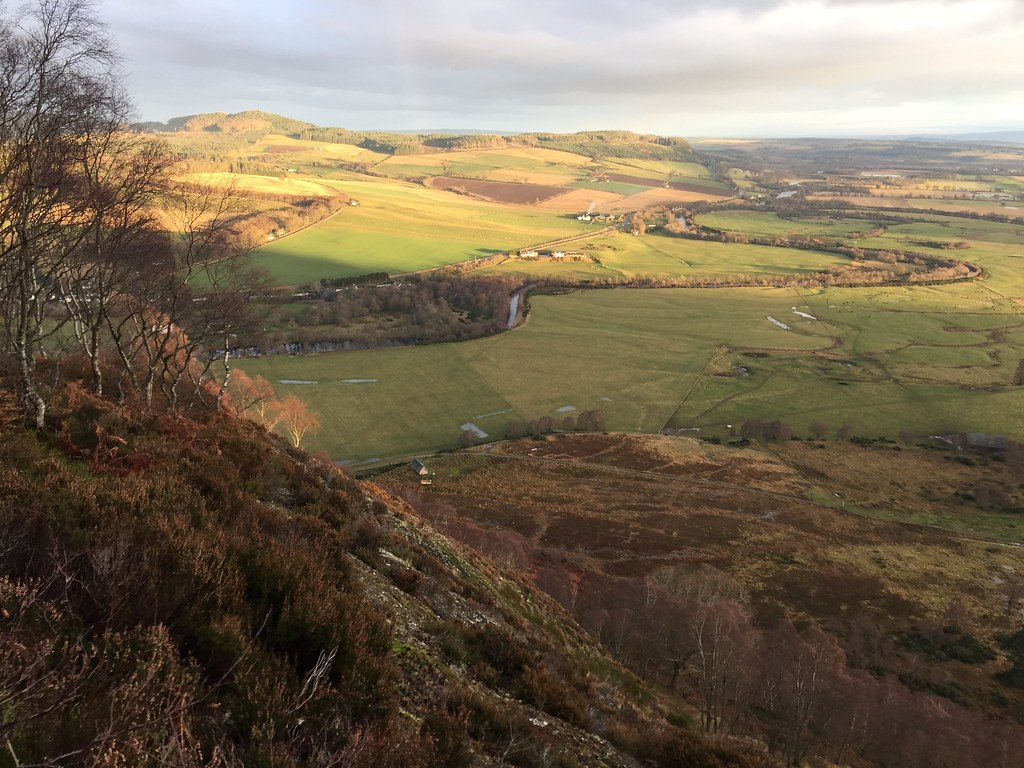 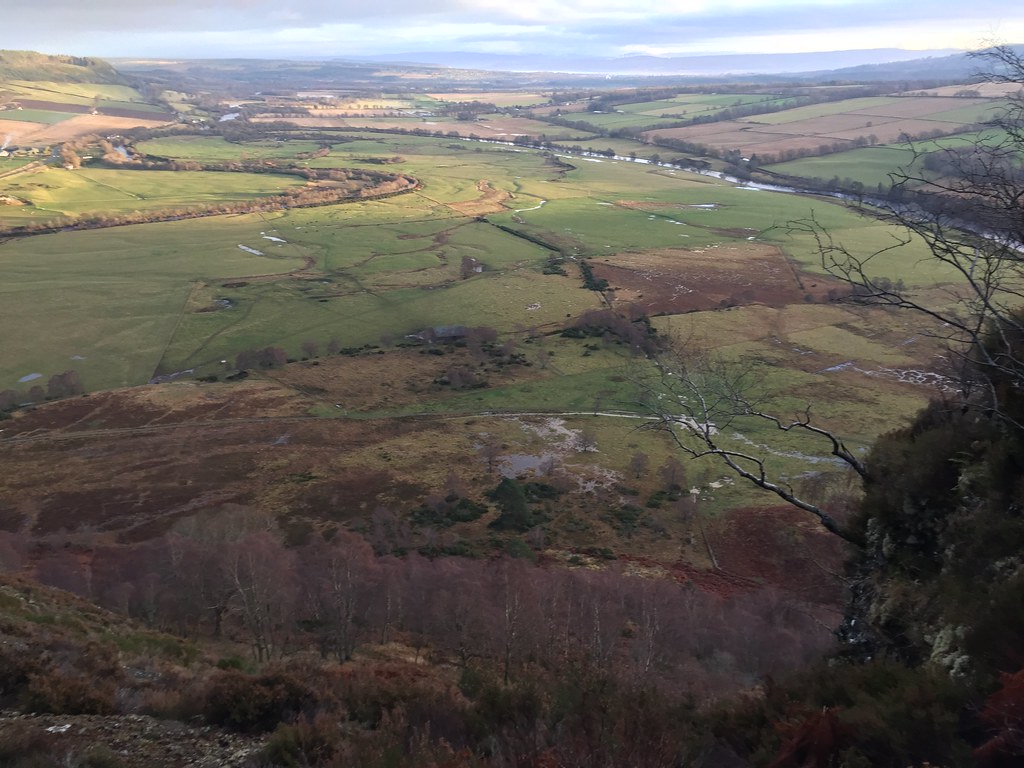 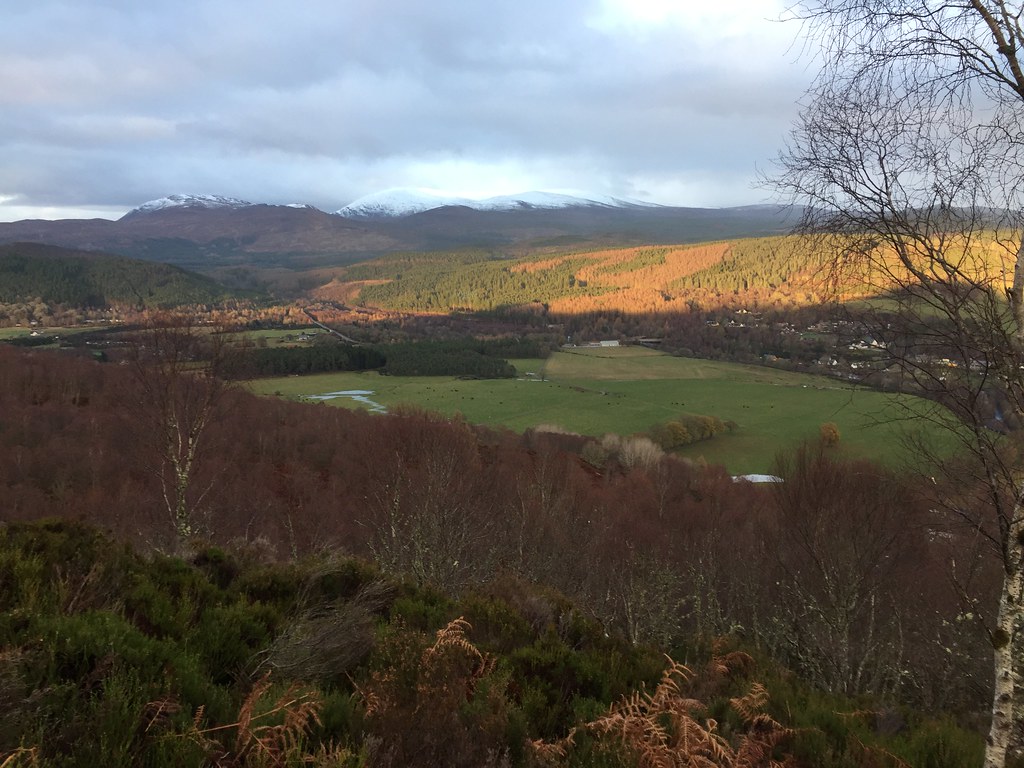 We decided to explore the shortest route down along the NE ridge (such as it was) - surely it couldn't be worse than our way up?! 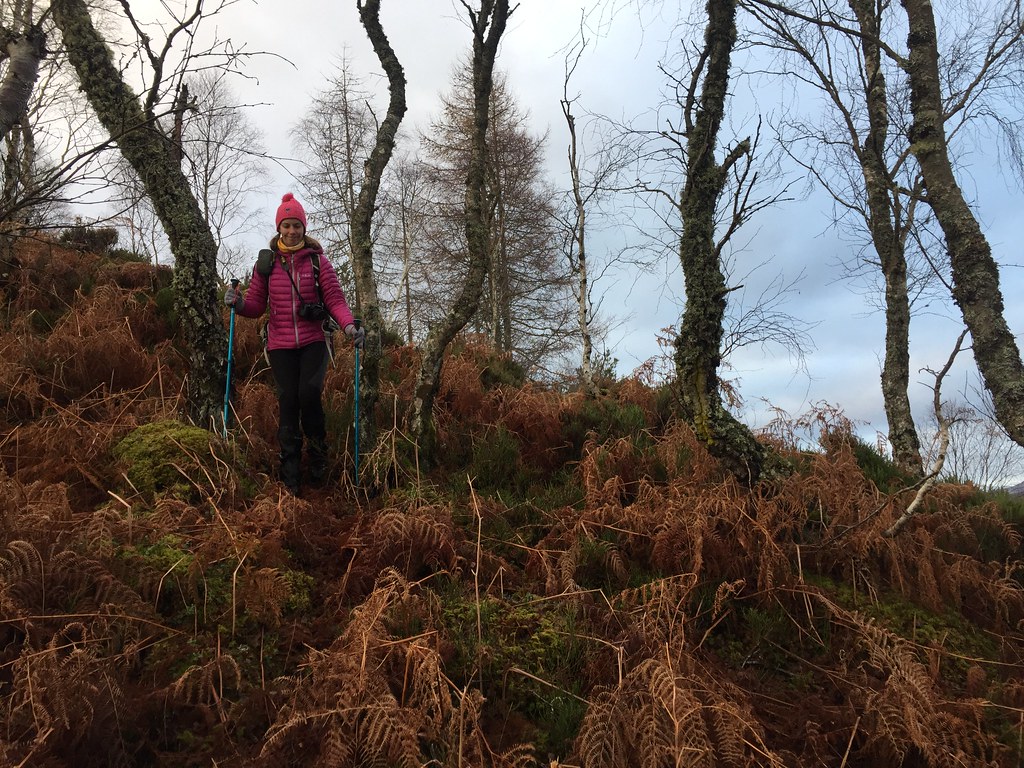 Descending through the trees and bracken 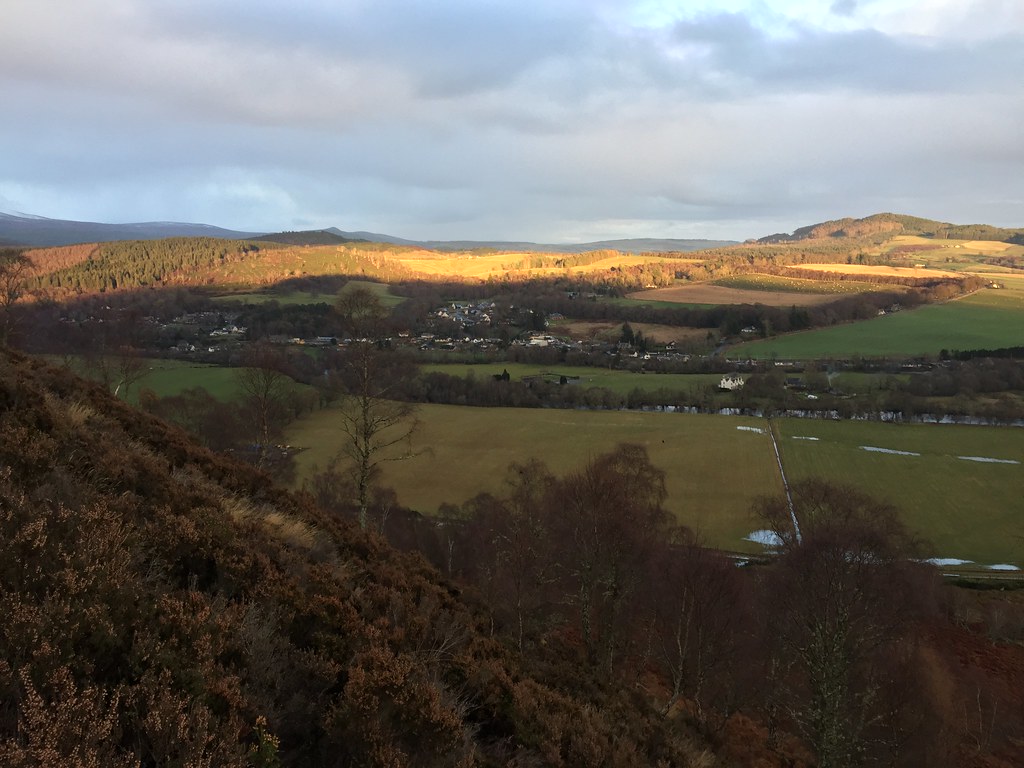 There was a trodden way of sorts, but not that trodden, and the route was still pretty tough and undergrowthy. Quite impressive though, as we popped out on the edge of the large slabby crag that is so prominent when driving towards Contin on the Ullapool road. We were quite relieved to get to the bottom though. 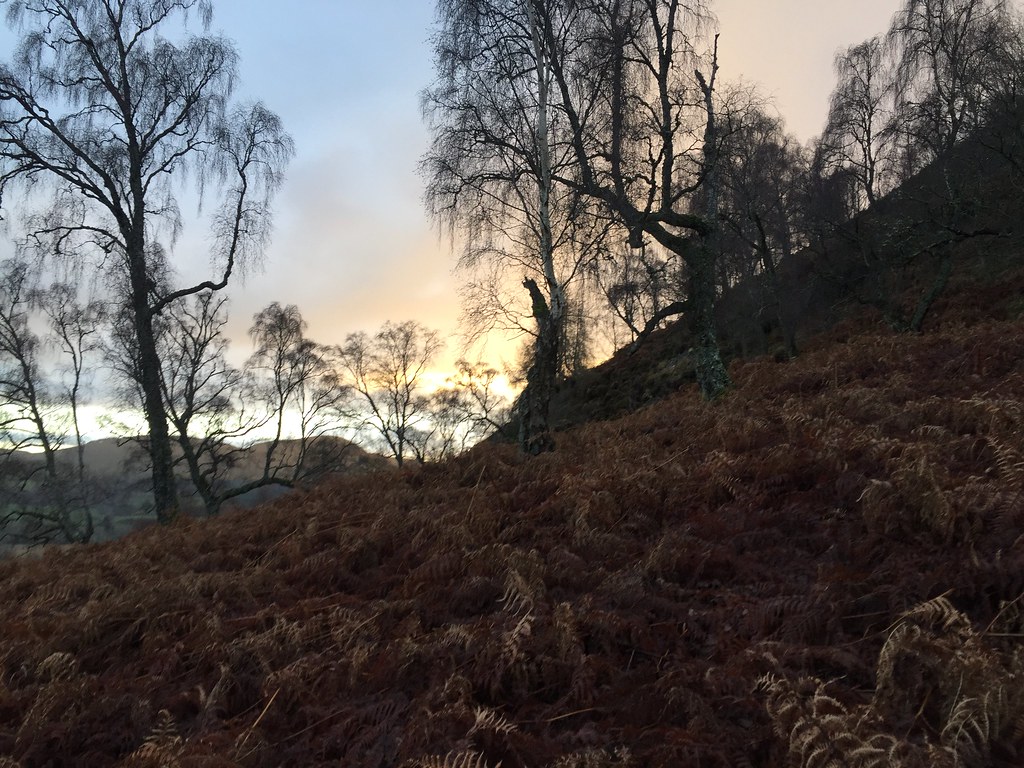 Almost at the foot of the hill 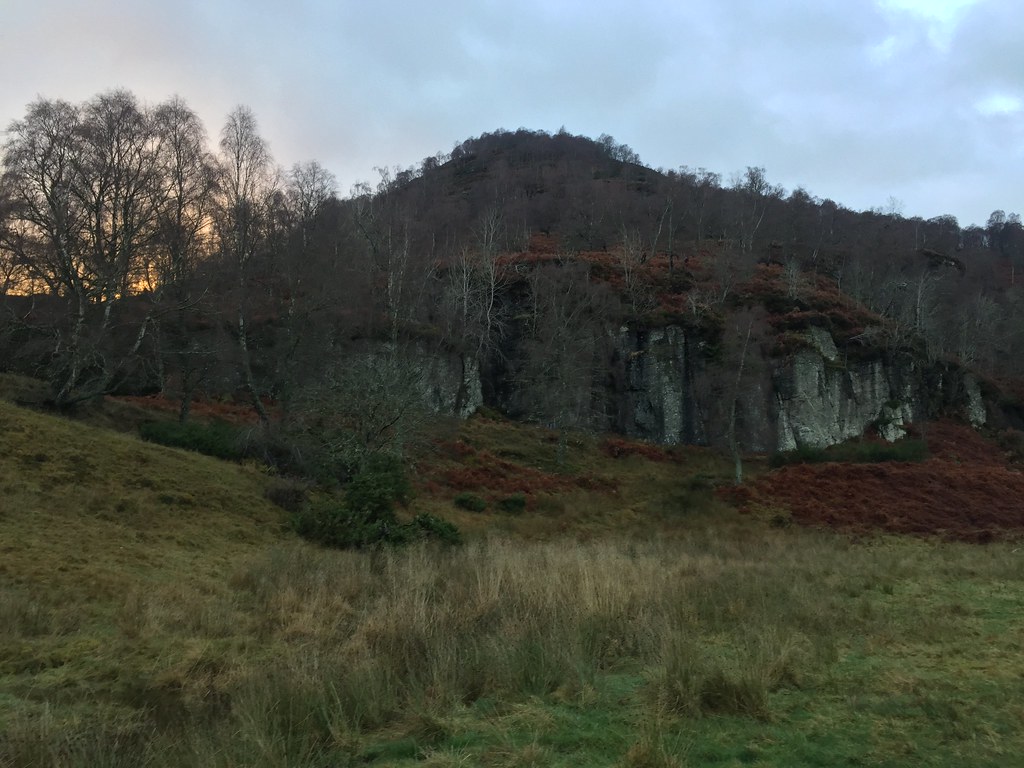 Looking back to Torr Achilty

From here it was an easy walk back on the farm road to the car. A few spots of rain fell but they didn't amount to anything. 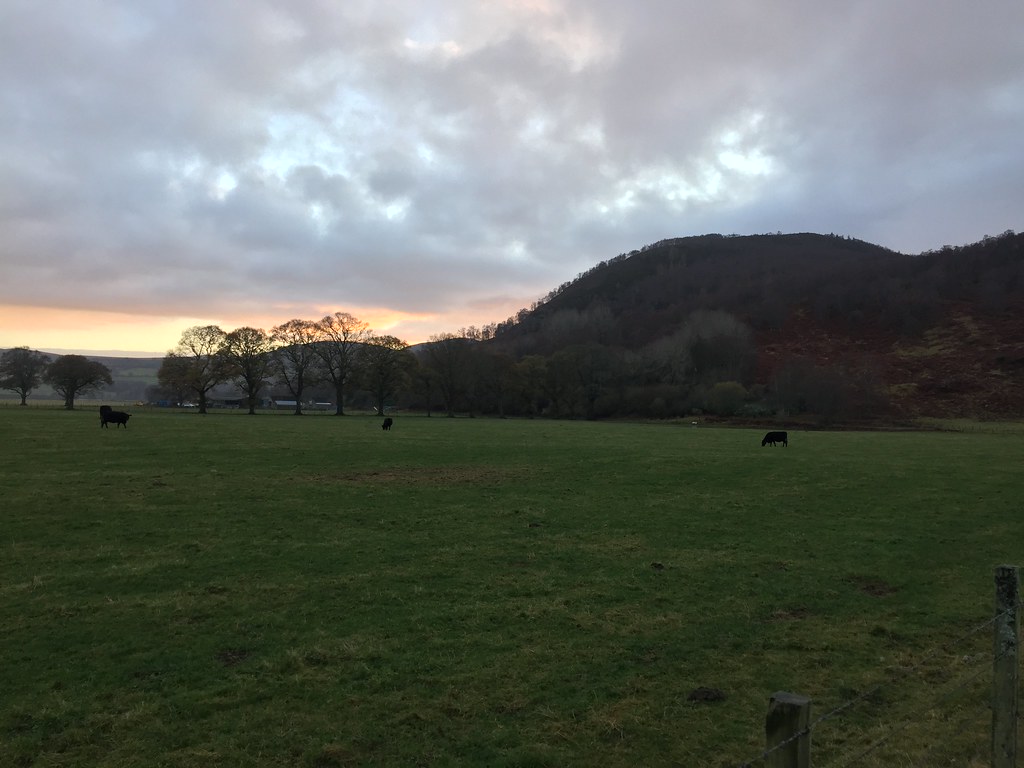 It's been a while since I last posted on WH, but I wanted Jackie to know I sympathise. I've had corona myself in March/April and till today I've been struggeling with aches and paines and short breath every know and then.

Ready to jump at anyone's throat who calles it a flu, denies it, blames 5G and BG or acts irresponsable and antisocial.
While in lockdown in my country I enjoy this and all other reports. Thanks @ all!