A small window of pre-Christmas freedom

A small window of pre-Christmas freedom


When Inverclyde moved into tier 2, I could then once again travel up the A9. I’d been hoping to be able to take another jaunt before Christmas, as I have no doubt that there’ll many more restrictions, perhaps even another national lockdown, coming in January. (Update – on 19th Dec a national “tier-4” lockdown beginning on 26th Dec was announced.)

But a few days before I’d been hoping to travel, the car broke down, rather spectacularly and dangerously (as I was tootling along the PG road, about 50 mph in the dark, and it just stopped…engine, electricals, everything). The only way it could have been worse is had I been on the motorway. Once it had been repaired, my mechanic suggested running it around locally for a couple of days before embarking on a longer journey. I’d done as he suggested; nonetheless, it was a stressful drive; one eye on the dashboard for signs of trouble, and one eye on where the next layby was, or whether there was a hard shoulder, in case the car simply stopped running again. In the end, it was fine, and has been (touch wood) throughout.

I didn’t have ambitious plans for my time in Inverness; the days are just too darn short right now. With only about 7 hours of light to play with, options are limited. But it’s nice just to have a change of scenery.

Up and down Ord Ban in about 40 minutes. I debated whether to add on a circuit around Loch an Eilein, and in the end, I went for it. It was a lot further around than I remember; it took an hour at pace, racing against daylight. I did, after all, *need* to stop at the Cairngorm Brewery… 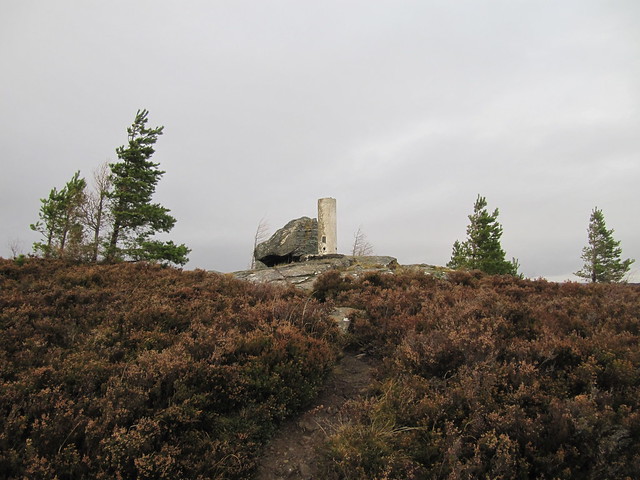 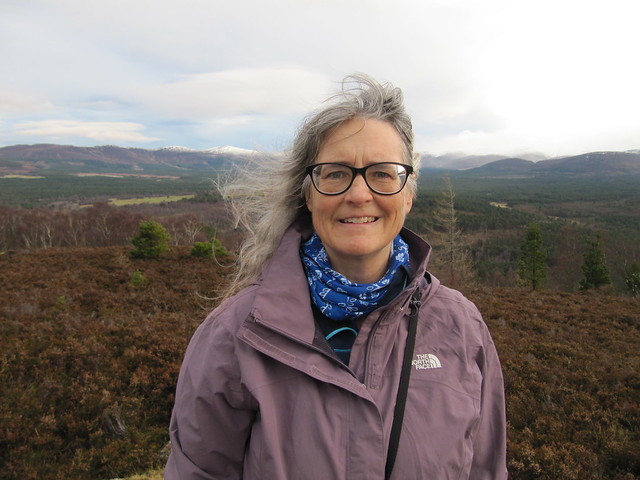 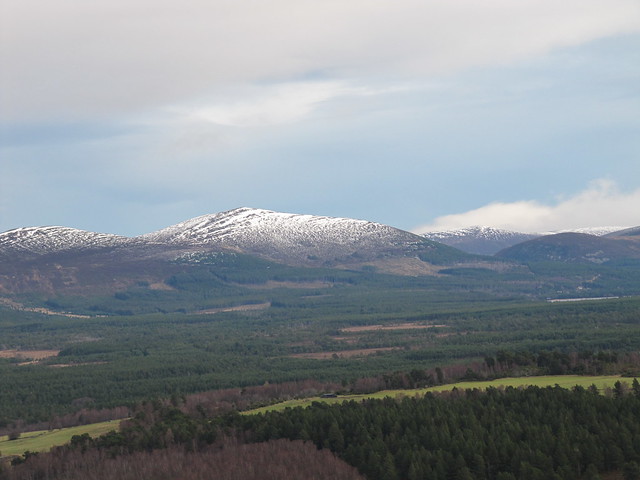 across to Meall a'Bhuachaille

With Evie. Very muddy, slippy, boggy, all-around WET. Icy wind at the top. Back down, and to the tea shop in the general store in Drumnadrochit. 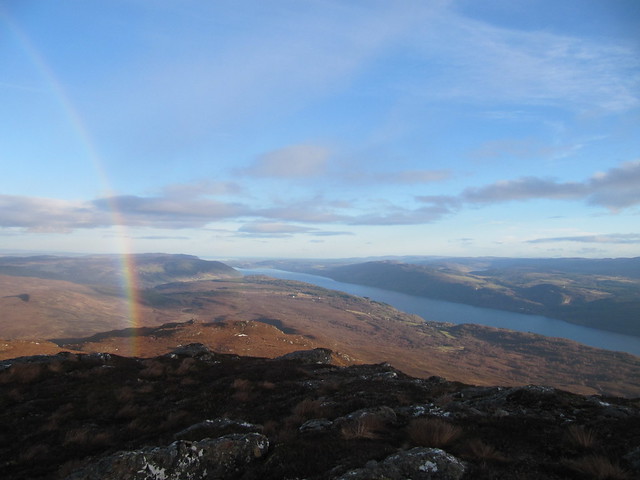 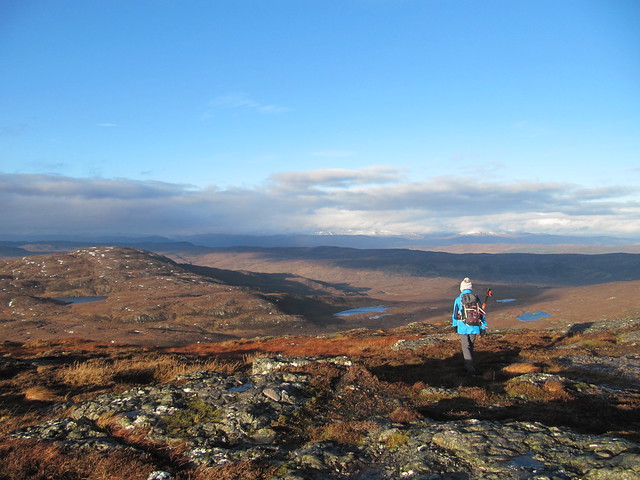 Evie eyeing up Glas-beinn Mhor ("knock yerself out" she said. Maybe one day, I will. But not today 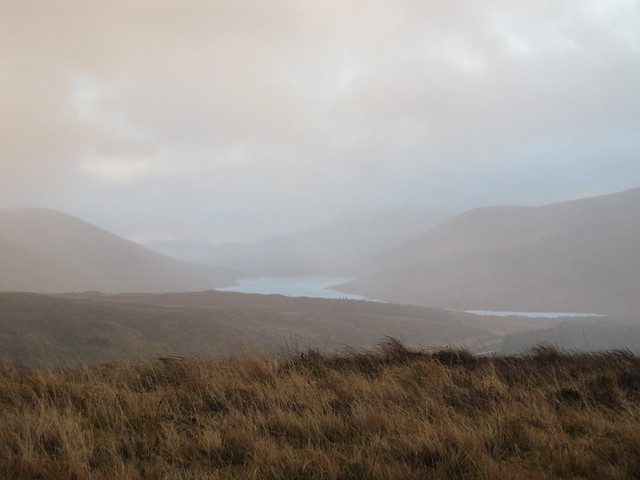 it wasn't supposed to do THAT!

The nature reserve is actually bigger than I thought. I’d had a vague notion of walking along the water to the Beauly Road (A862) and making my way up Craig Phadrig, but a wall of dark threatening cloud was headed my way. It came to nowt; I could have kept walking!

Again with Evie. Plan A was Meall a’Chaorainn, a Graham that lies in the shadow of Achnasheen’s Fionn Beinn, followed by this wee bump if time/energy allowed. However, the weather worsened the closer we got, and we decided to go to the wee one first to see if things improved. They did not, and after getting pretty damned wet, we retired to a nice lunch and natter at the Midge Bite.

There seem to be no pictures. Unsurprising, given the conditions.

Rain due in the afternoon. Stac Gorm was a surprisingly tough wee hill; although the bracken that caused me to abort the mission a couple of months ago has now died back, there was still deep heather a’plenty, as well as soggy, slippy, muddy ground. 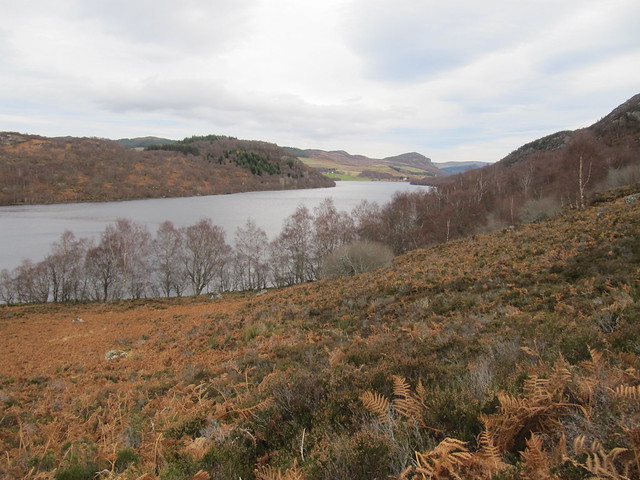 starting the ascent, after making my way along Loch Ruthven (it was hereabouts that the neck-deep bracken was a couple of months ago) 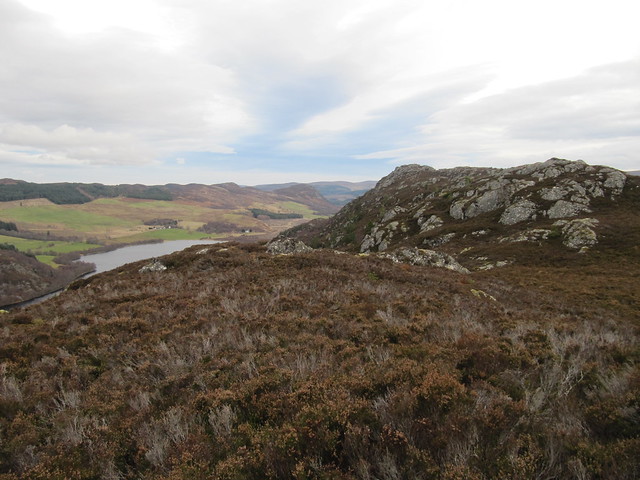 looking across to the summit

Again, we were unlucky with the weather. We met at the ski centre, with a plan of doing a recce of the Fiacill Ridge from below (Coire Lochan), and possibly also making our way across to Coire an t-Sneachda. But when we parked up, the wind was blowing a hoolie, there were squally sleety showers about, and we’d not have been able to see anything anyway.

So we retreated down a few hundred metres and escaped into the relative calm of the forest. We walked out to Lochan Uaine, took the high path (*not* the one that goes over Meall a’Bhuachaille!) back to Glenmore, stopped for a comfort break, and had to have a coffee, too, as the toilets were for customers only (quite cheeky, if you ask me; the visitors’ centre part of the building was closed, but when it’s open, the toilets are considered public. At least they used to be). From there, we wandered around Loch Morlich. 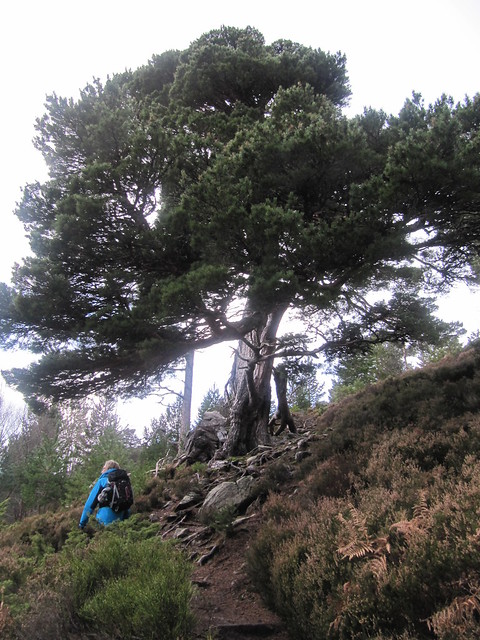 There wasn’t any rain forecast for Inverness today. Not much to say about this hill, track all the way up. I’d been hoping for some views over to the Cairngorms (there was quite a bit of fresh snow on Wyvis this morning), but they were stuck in a huge cloudbank. In spite of the forecast, there were a few spots of rain, and the wind was Baltic. The top of the hill is very exposed, and I took refuge in the hunting shack for a few minutes before making my way down. 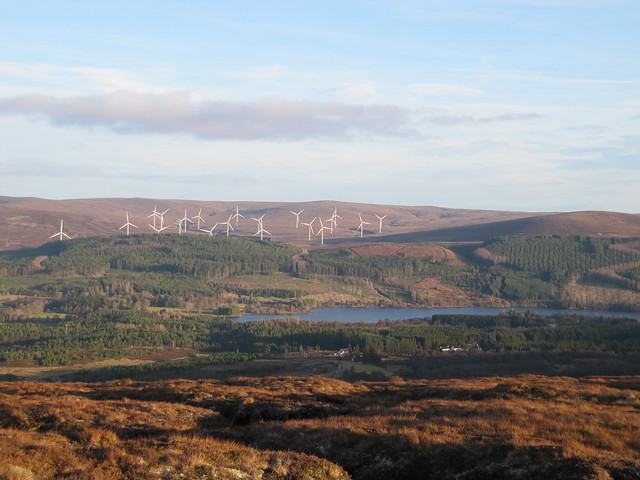 across the A9 to Loch Moy, and its turbines 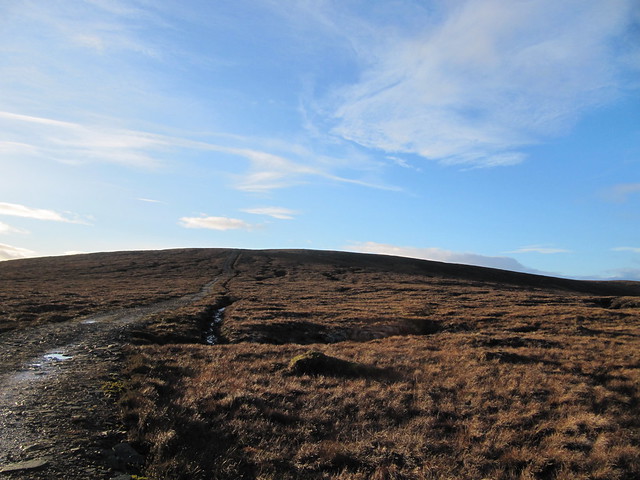 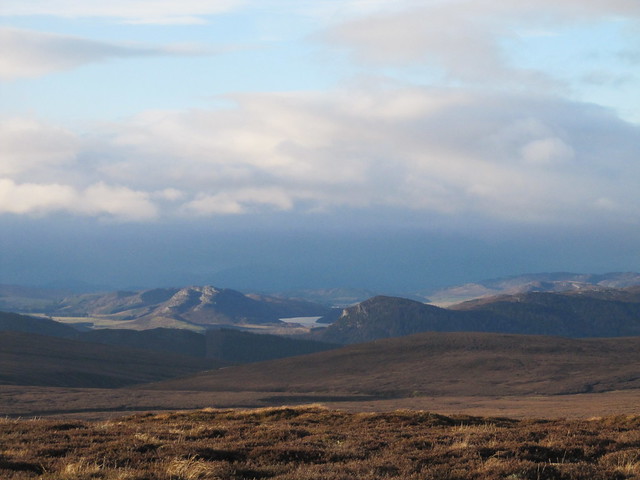 dark clouds threaten. This might be Stac Gorm, where I'd been a couple of days' previous 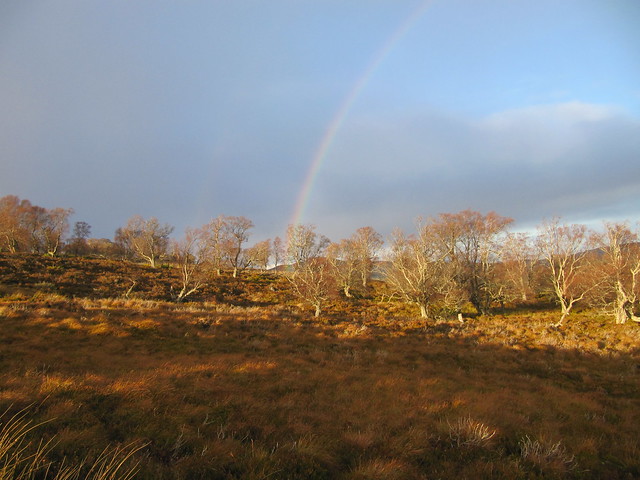 rainbow over what looks like some nice native trees (birch? beech? oak? I'm as bad at trees as I am at birds...)

On the way home, I took a detour to Clava Cairns, whereby the midwinter sunset is supposed to shine straight through to the back wall of the largest cairn. It was well before sunset, but I thought I might be able to see something interesting even so. I did not.

I’d originally planned to return home on this date purely to avoid the travel chaos that was certain to occur on the 23rd; the first day of the 5-day relaxation. But this all changed as of Saturday, when Christmas was, in effect, mostly cancelled due to the emergence of a new and much more contagious strain of the damned coronavirus. I thought about staying for a few more days, because as it stands right now, it may be weeks – or even months – before I’m able to return to my northern home-from-home.

I did do a fairly substantial shop in the wee early hours before I left, which feels like a small victory (during an otherwise crap time). It’s always felt much safer shopping up there, to me, although it’s possible that I’m deluding myself.