After the previous day's "mopping up" of minor fells around Troutbeck (north-eastern Lakes), this made for a nice mountain day in the quiet fells at the back of Blencathra. Although Mungrisedale Common, as anticipated, was a bit of a bog trot with little to recommend it, both the walk in and the nearby high ridges that I also took in were very enjoyable. The "summit" of Mungrisale Common does have a damp, path leading to it and it is marked by a small cairn (so at least you'll know you've found it if you're making an ascent in the mist!)

I chose to ascend Bowscale Fell by way of the path that runs initially alongside the River Glenderamakin and then makes use of an old bridle path. Part of the original bridal path has recently been swept away in recent floods but a well constructed diversion is now in place. 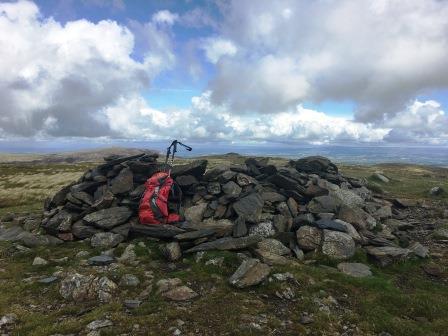 Mungrisdale Common is pretty dull (the photograph below being the most interesting photo of the top that I could come up with!) It was, however, the final one of Wainwright's Northern Fells that I hadn't walked up. I've put it off for a while and, frankly, I didn't have too much enthusiasm for it today either! Still, as it turned out. the walk in was excellent and Bowscale Fell and Bannerdale Crags are enjoyable peaks, and well worth repeat visits. The weather was kind and made for a good day out. A return via Bannerdale Crags and a walk along the crest of top of the crags makes for a worthwhile view and return walk. There's a very good little tea garden in Mungrisdale village near the start/finish of the walk (particularly as the pub is currently closed.) Called Loraine's Tea Garden, it does really good tray bakes and excellent home-made jams and marmalade (I came away with a jar of Rhubarb and Ginger jam - really good!) 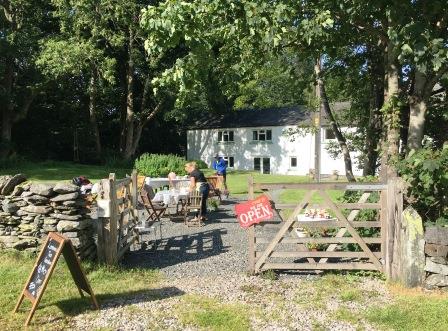 Haven't done these ones before, might pencil this route in for the next time I make it down to Cumbria to see my parents (hopefully 2021, I didn't manage in 2020!!)