We had hoped to have a go at Beinn Tharsuinn today using bikes to pedal up from Strath Rory, but Jackie wasn't feeling up to it. So instead we decided to go out the same way but do a couple of smaller hills, giving us the chance to stop after one if things weren't going well. I suggested we start off with the Struie, which is a very short climb from the high point of the Struie road, but one which has good views.


our_route.gpx Open full screen  NB: Walkhighlands is not responsible for the accuracy of gpx files in users posts
Parking on the opposite side of the road to the hill, we picked up the path (not formally made but pretty obvious through the heather), and headed upwards. Jackie was lagging after about 5 minutes, but with a short stop in the shelter of some trees, we made it up to the top. 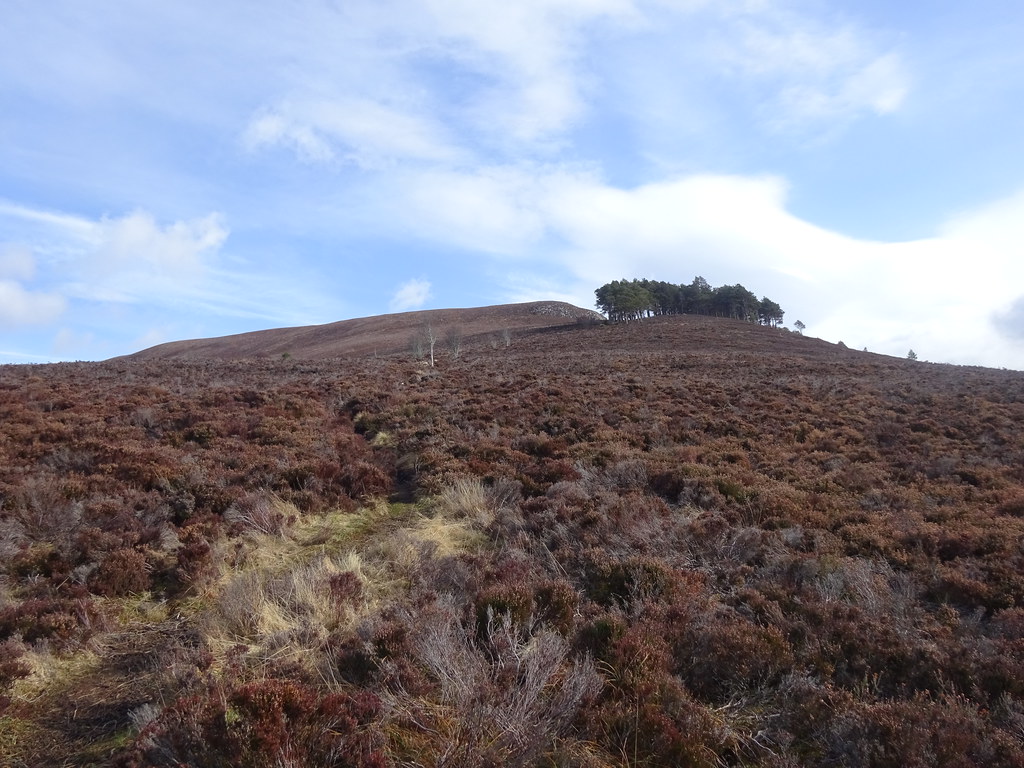 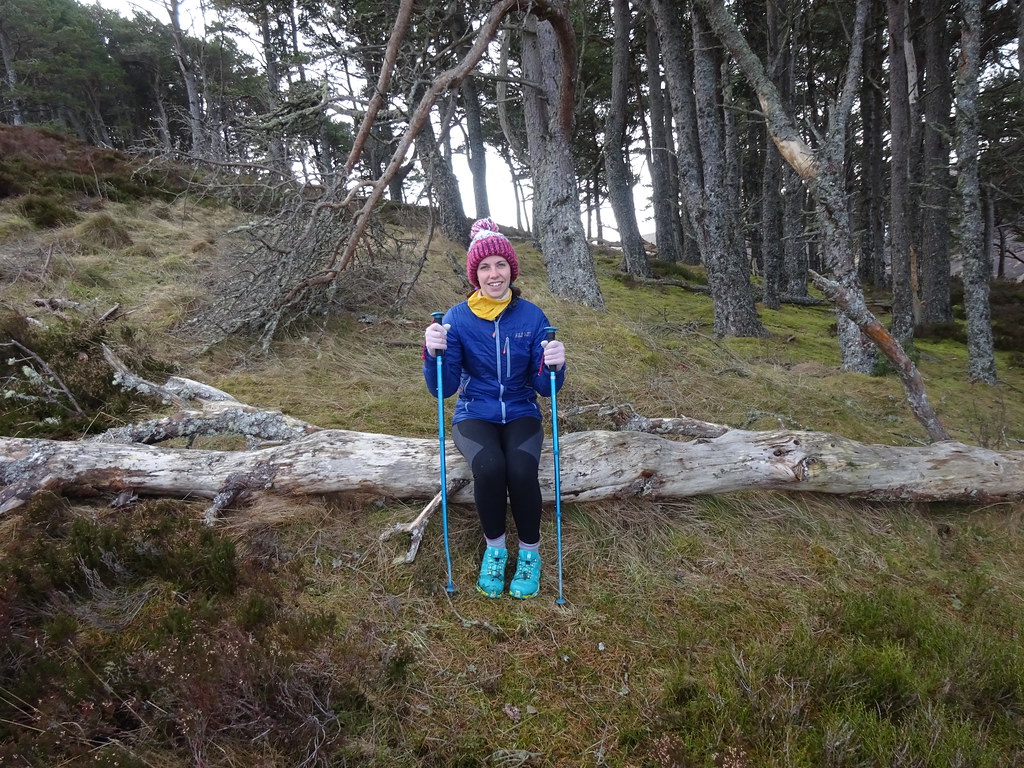 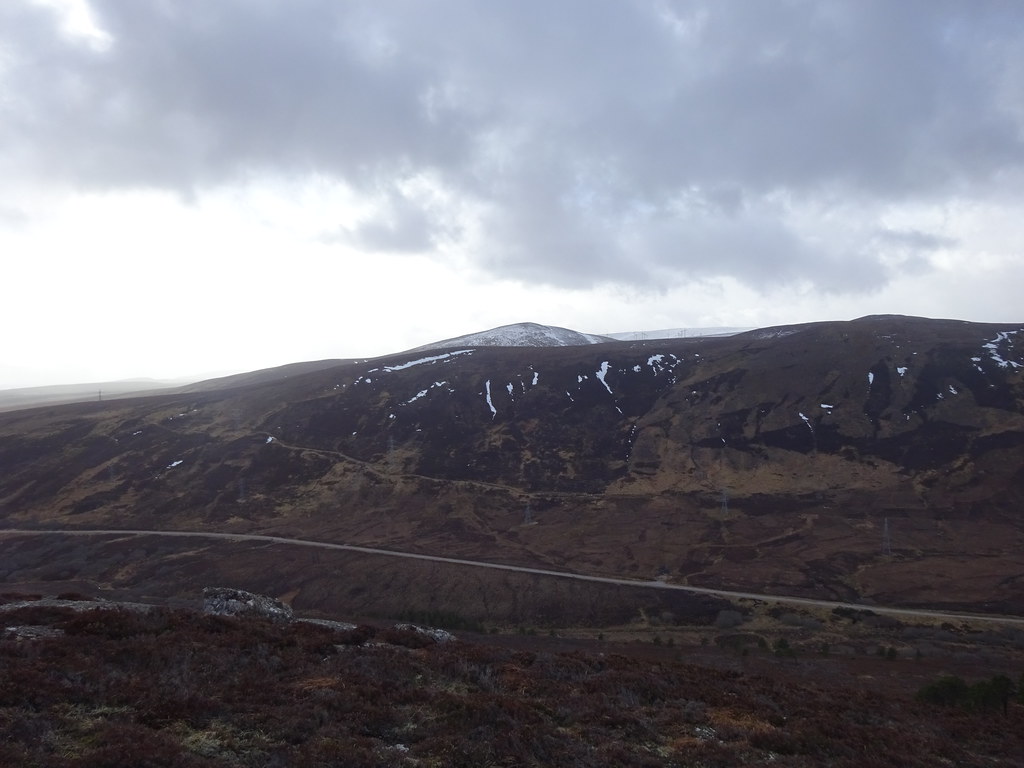 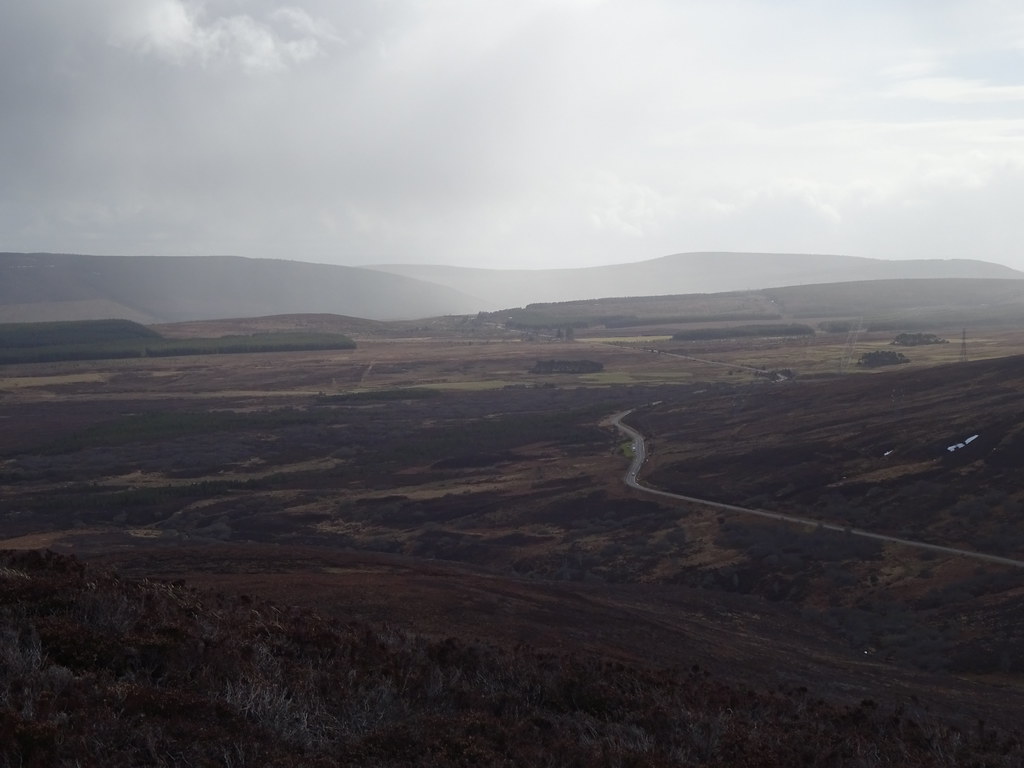 South along the Struie road 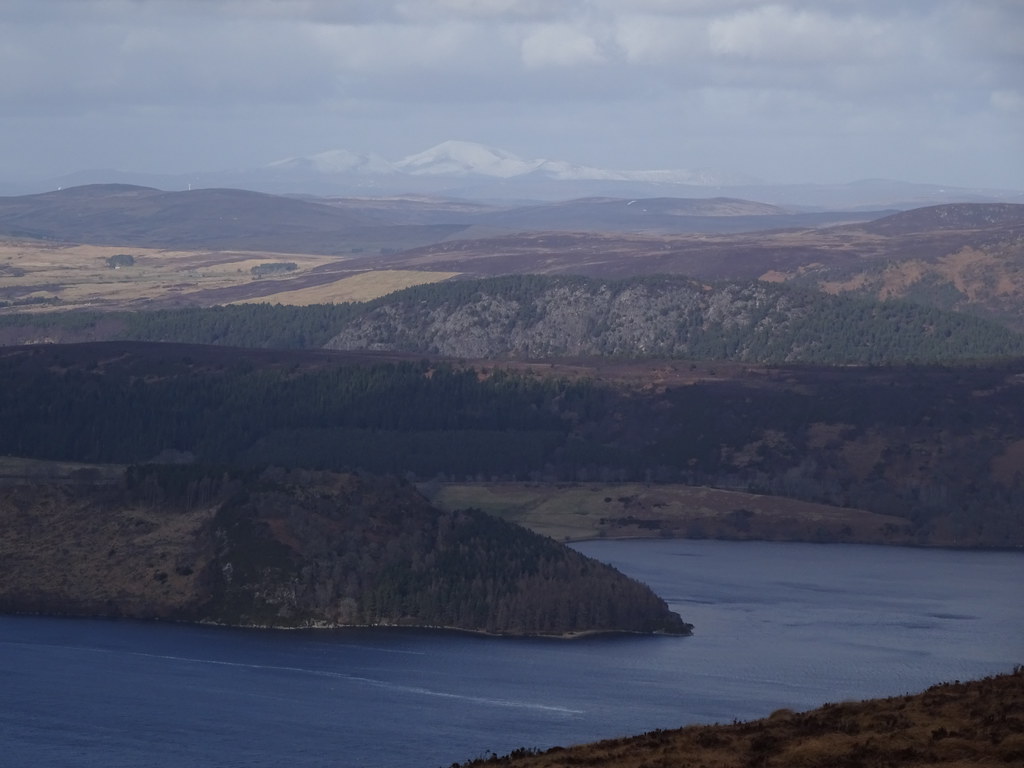 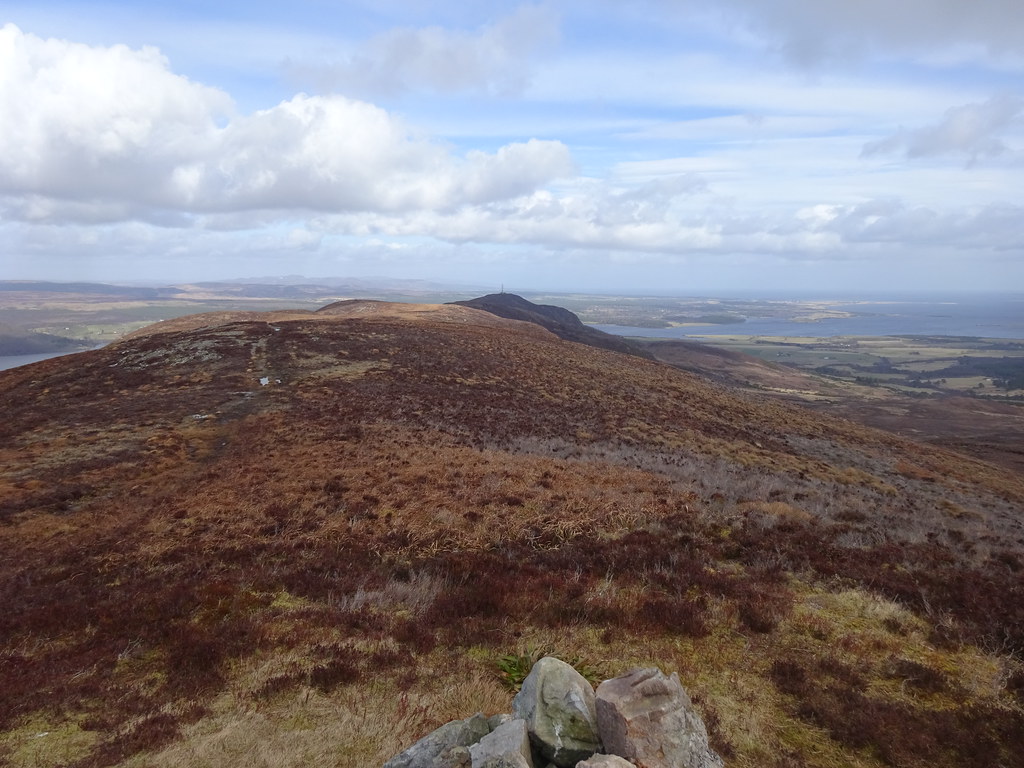 East from the summit

It was breezy up top - a cold wind too, but at least the views were good, with Ben Klibreck obvious to the north, but Ben Hope and Ben More Assynt also just about visible in the clag and haze. Unsurprisingly, the descent was much quicker. 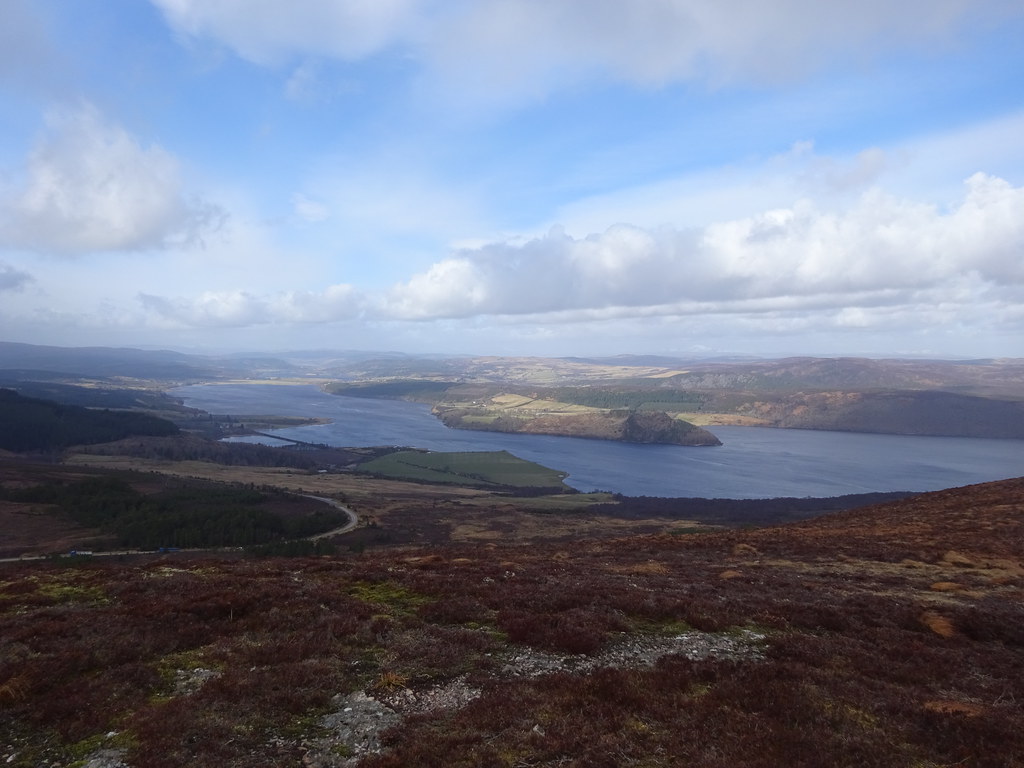 We drove the half mile to the Struie road viewpoint to eat lunch, after which Jackie felt a bit better and ready to do a bit more. 7 miles or so back down the road was a parking area that gave us access to Cnoc Corr Guinie. I had been up here in the snow almost 10 years previously, and while it was pleasant enough, it didn't really inspire a great deal of excitement today. However it fit the bill nicely - fairly short, not too much ascent and mostly on good tracks. 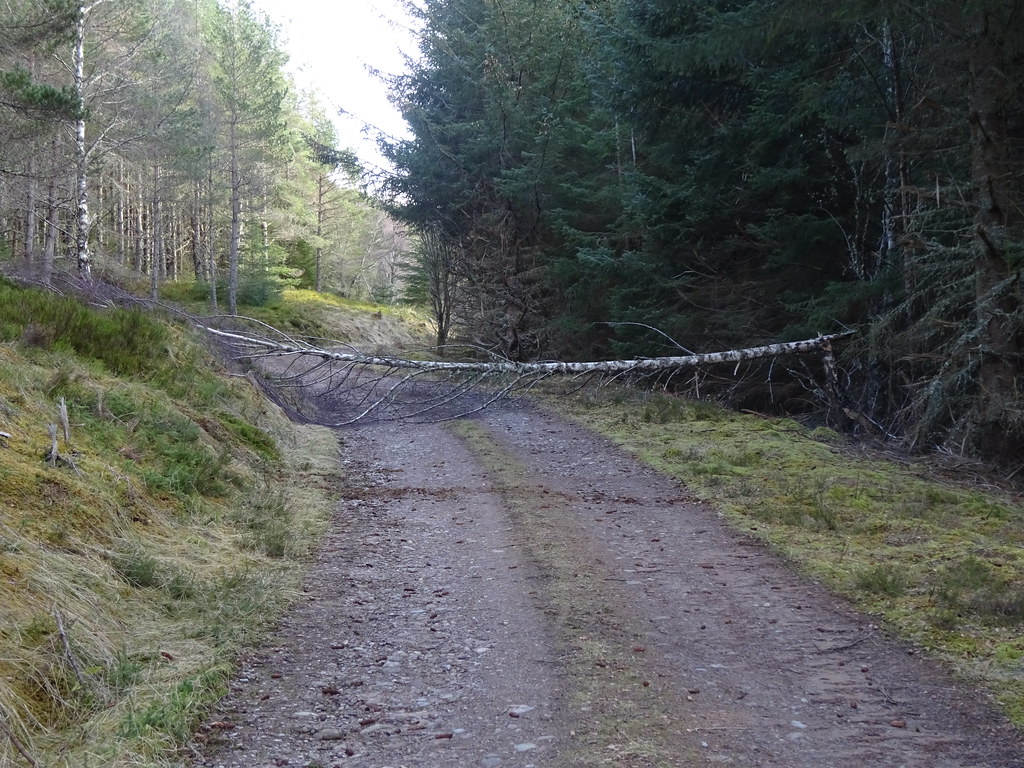 After a couple of miles through the trees, we suddenly hit the edge of an area of open grazing with good views across the mouth of the Cromarty Firth. I only had the vaguest memory of this from last time as the bad weather must have moved in at this point. 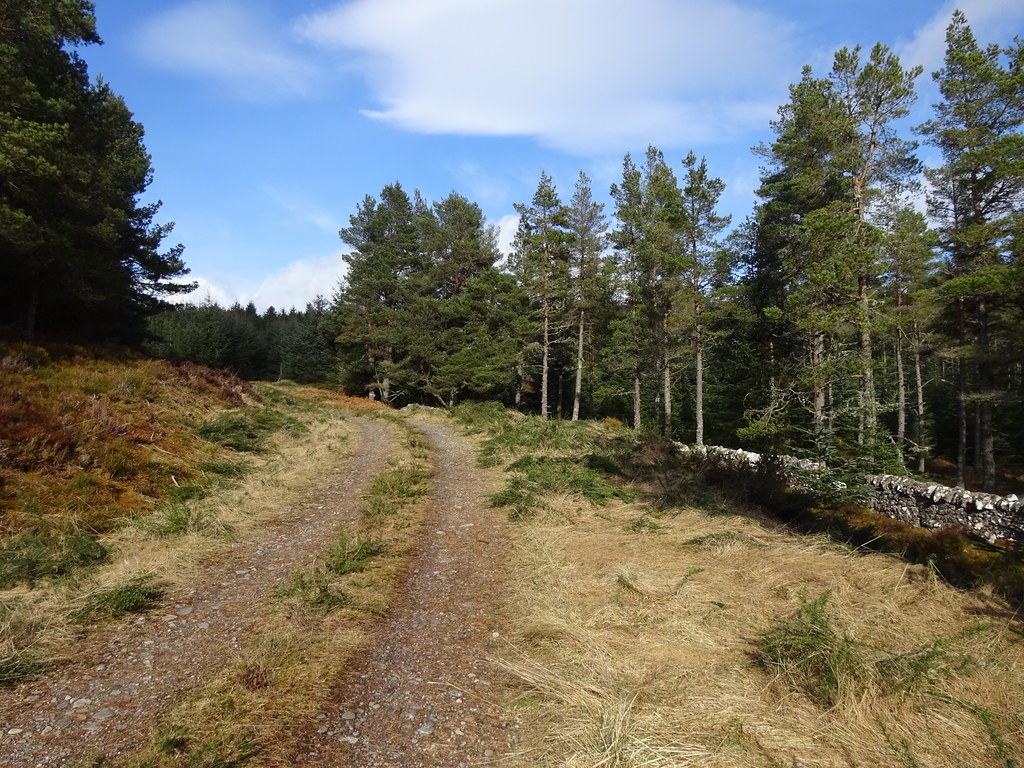 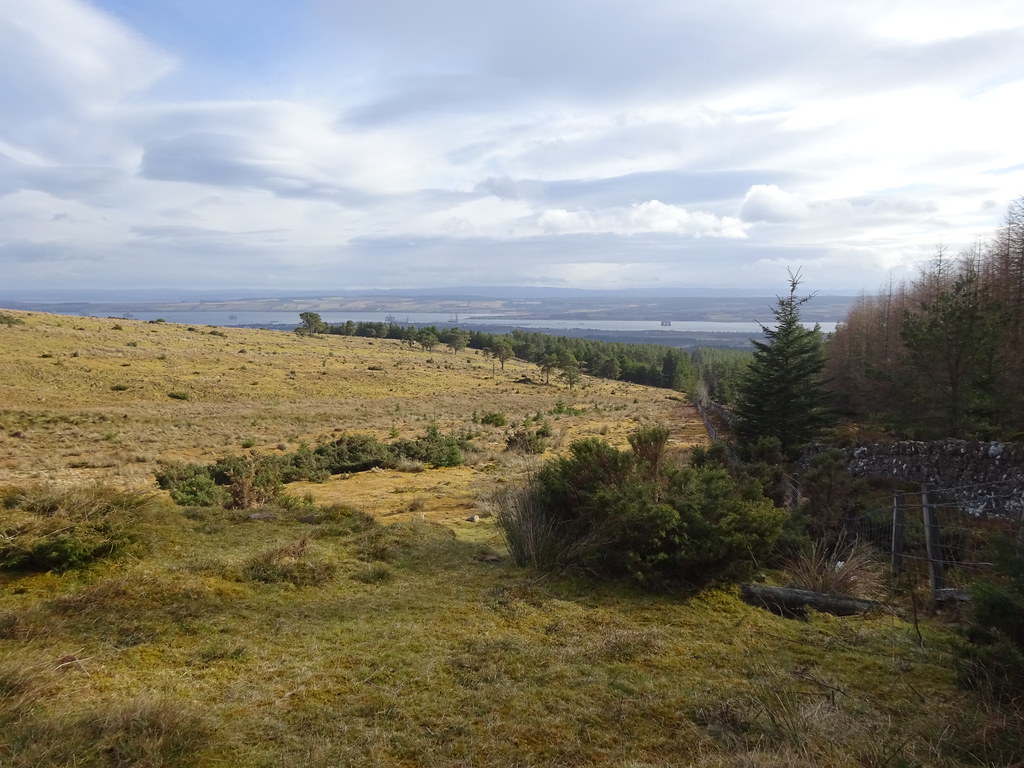 Black Isle from the edge of the trees 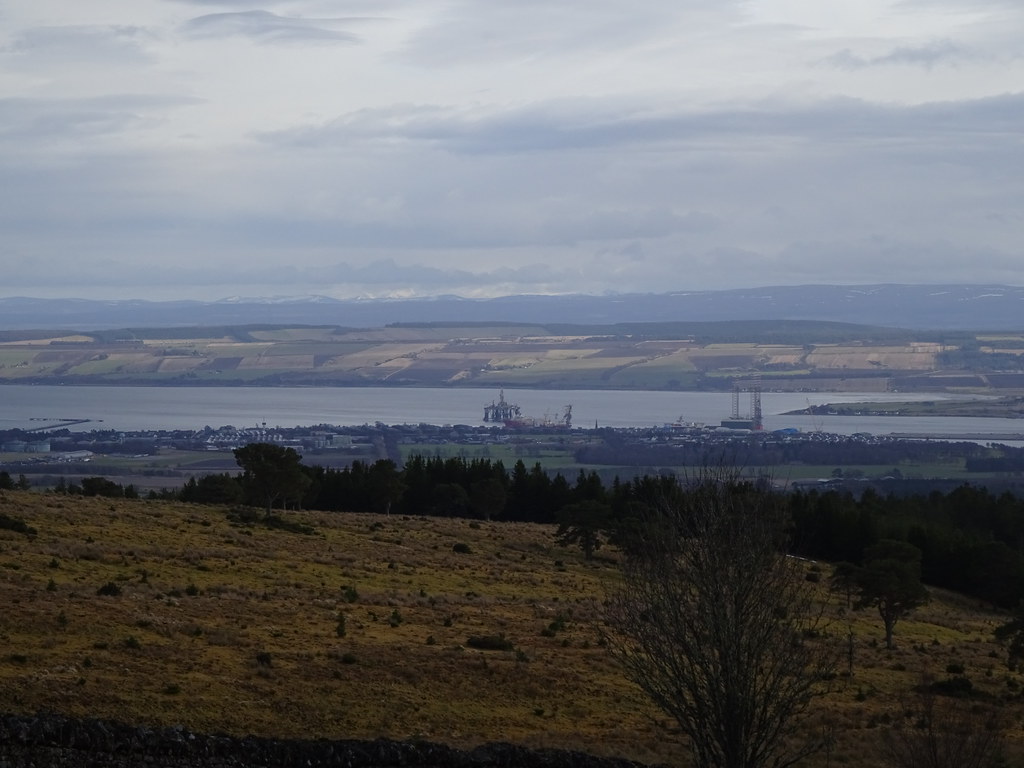 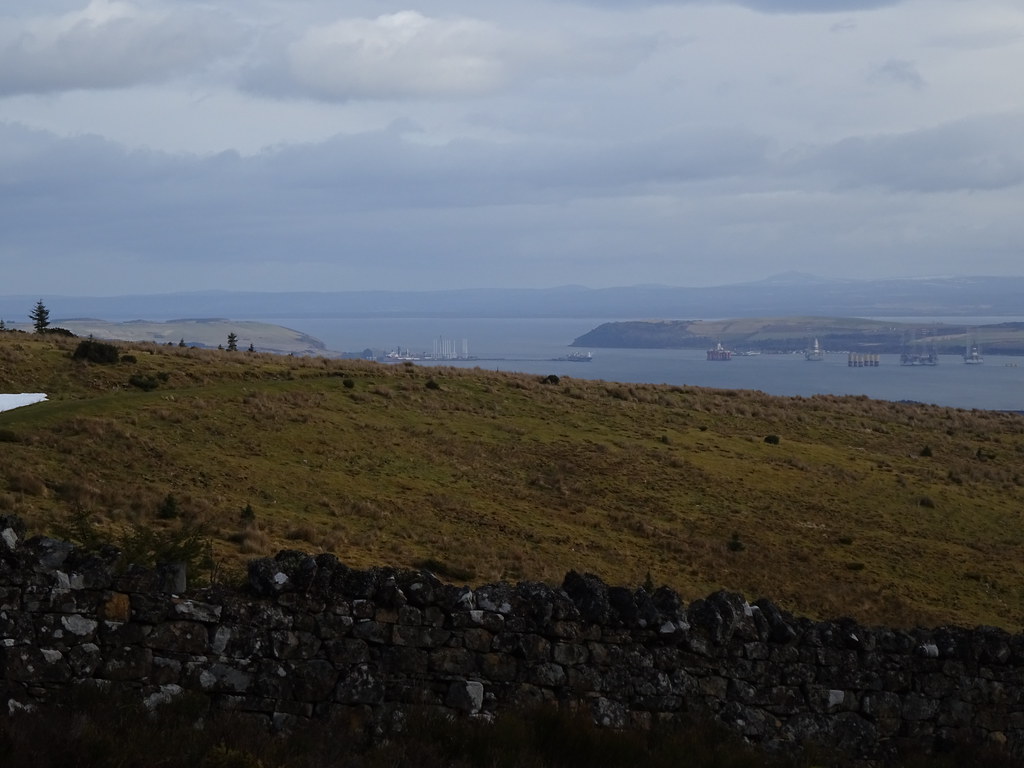 Mouth of the Cromarty Firth

We had spotted a possible track to the summit just before the edge of the trees, but decided to follow the fence up the side instead as the views were a little more open here. There were a couple of areas of deep heather but for the most part there were always animal tracks through the vegetation. A large cairn near the summit offered a good place for a second lunch - this was actually much nicer than I remembered, and we stopped here for a good half hour. 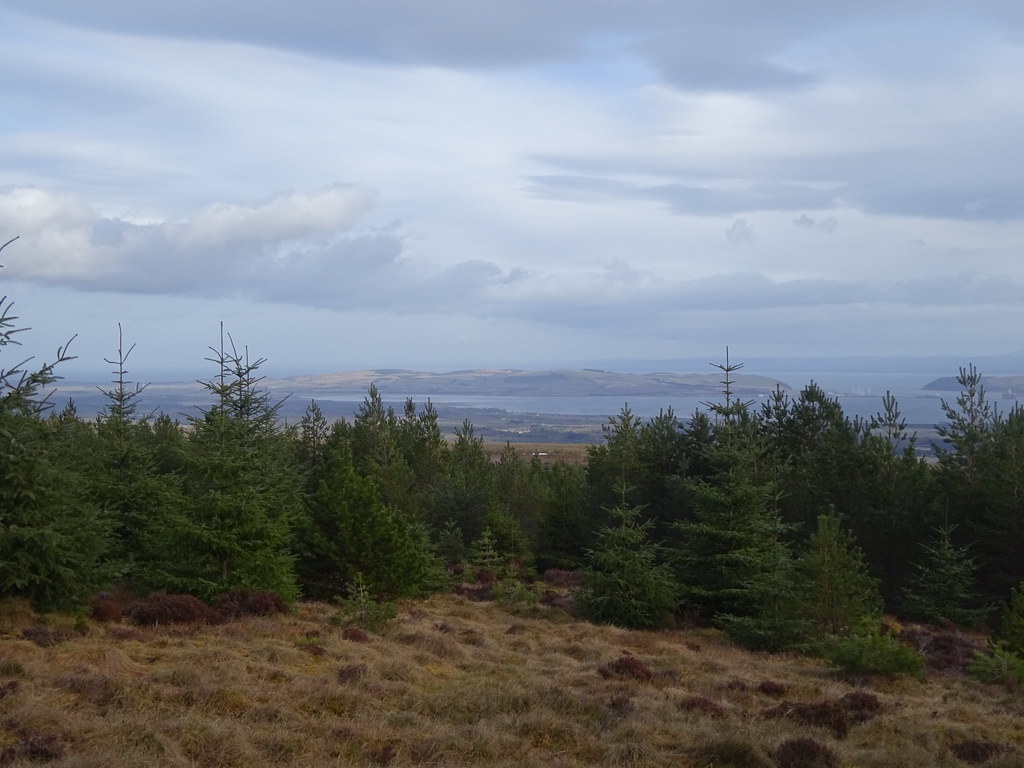 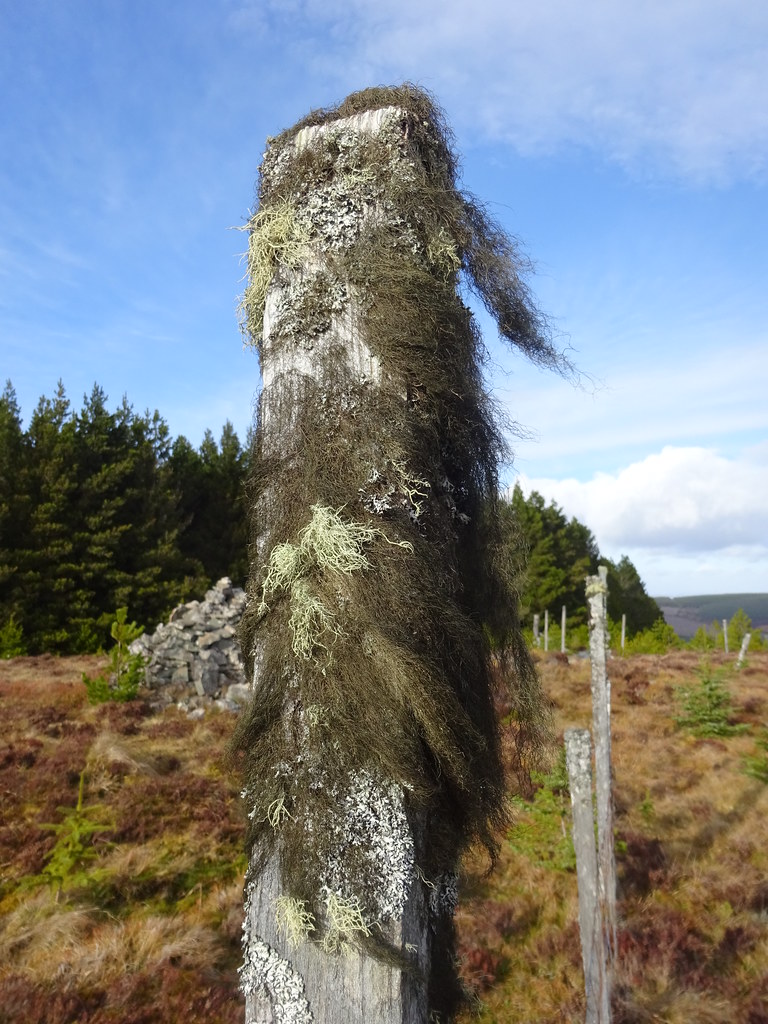 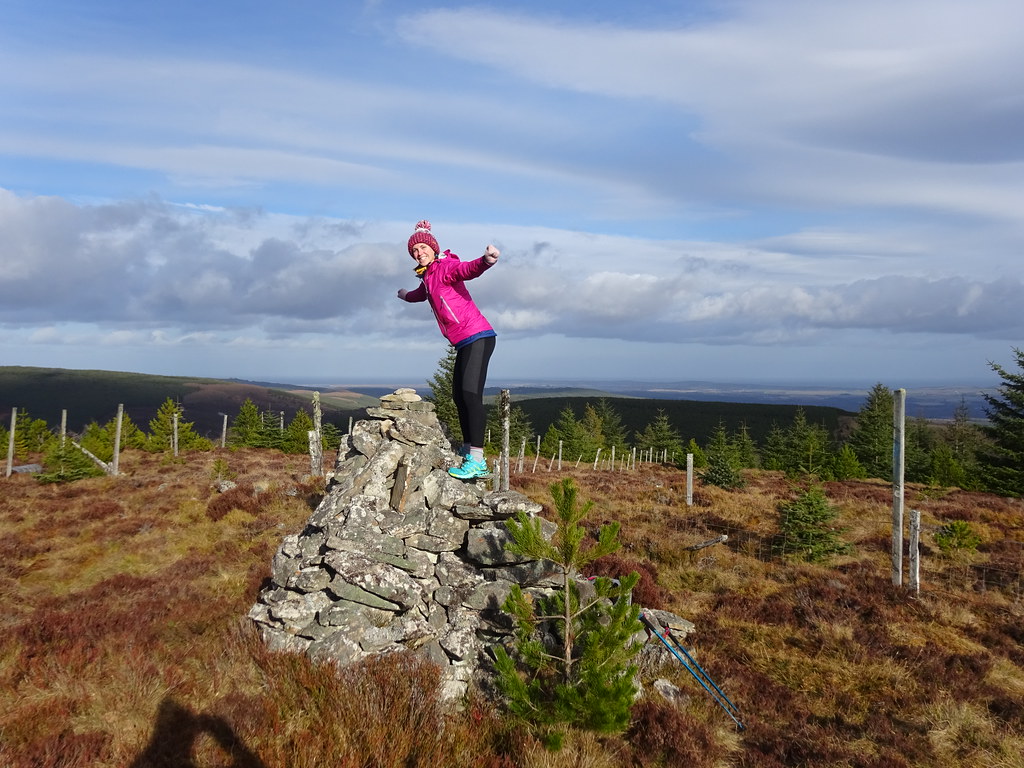 Not quite the summit, but the views can be found here

The true summit was a short distance into the trees along a firebreak. We were surprised to pass another person here (a runner) and she pointed us to the top of a track that led back down to the main forestry track. 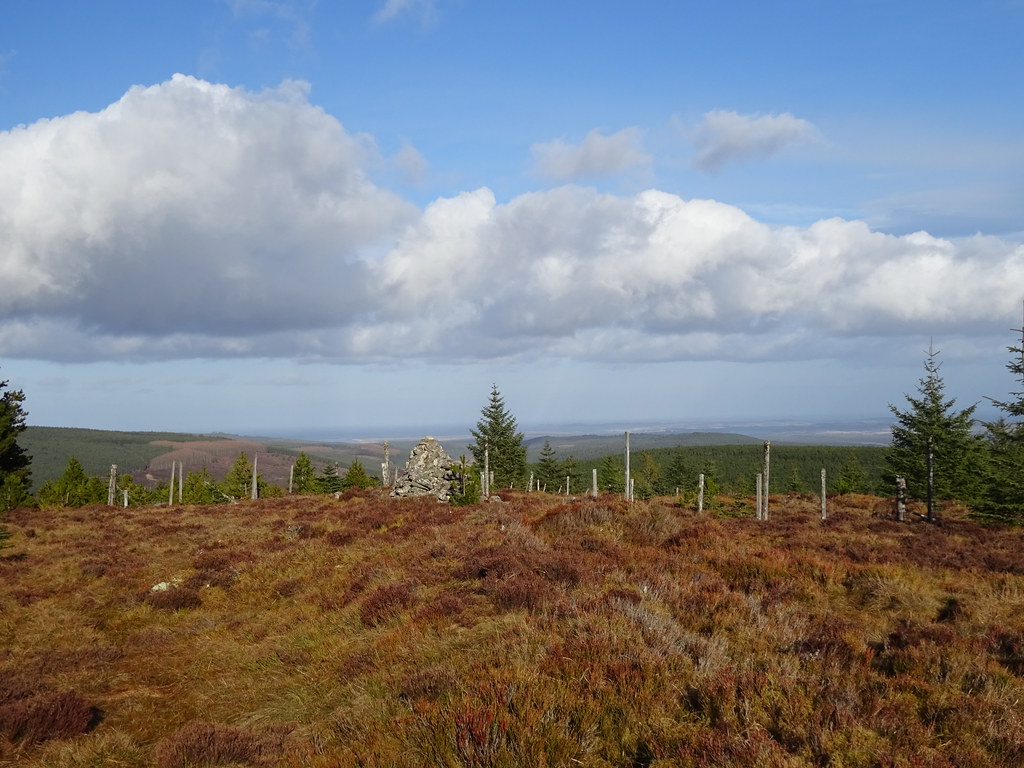 East from the summit

An easy walk back to the car left us with a better day out than I had envisaged, and as often happens (but not always), Jackie felt better at the end of the walk than she had at the start.