First hill of the year on a very windy Tom Bailgeann

First hill of the year on a very windy Tom Bailgeann


I had hurt my knee walking 12 km on snow and ice with spikes on, which the physio said puts more strain on the joints, so was under instructions to "pace myself and not do any hills yet". I did what I was told, sticking to shorter distances on the flat and after six weeks the knee had improved enough to try it with a bit of ascent. My grandson Finlay was keen to climb a hill so inspired by Malky and Jaxter's snowy climb in February I picked a local Sub 2000, Tom Bailgeann, which starts on a track and is only a short distance to the top.

Wanting to check the parking I went with Pete the day before on what turned out to be a lovely afternoon for a drive and short walk with the dog. We found the start of the track and tucked the car in at the side so as not to obstruct the entrance and crossed the road to see the curly horned sheep tucking into their hay. 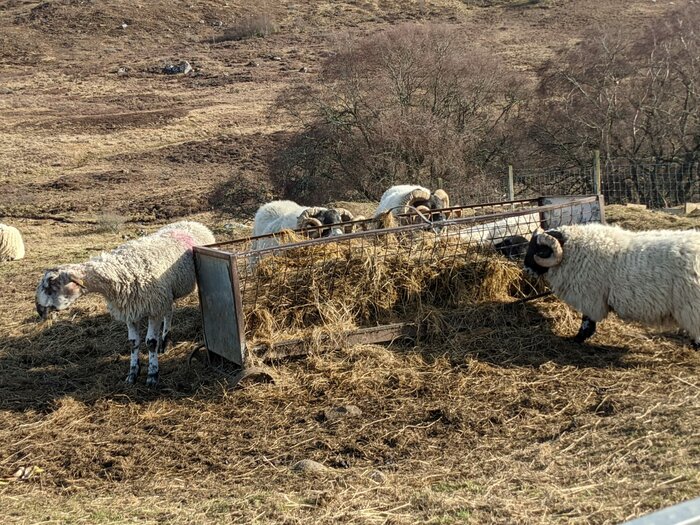 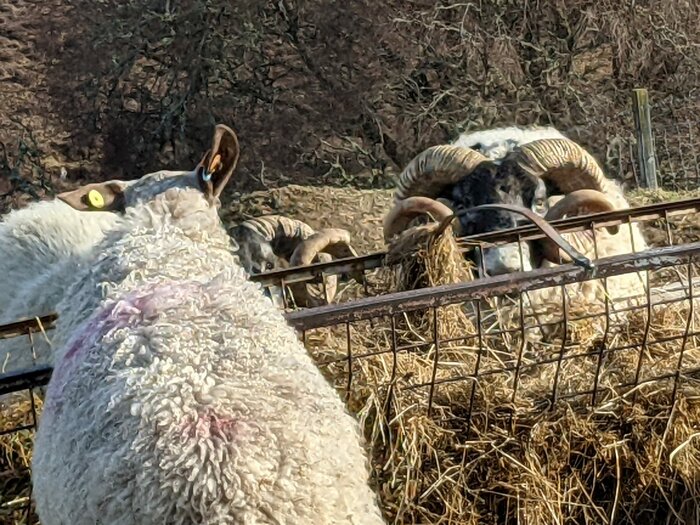 We walked part of the way up the track keeping Keira on the lead due to there being sheep around. 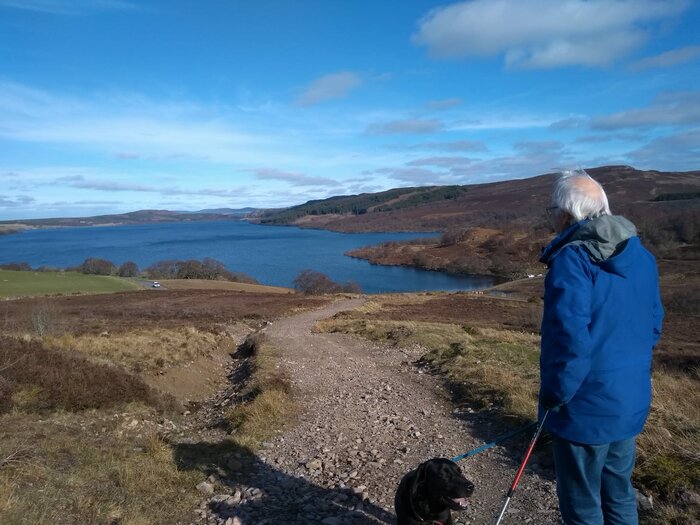 The next day was overcast but we stuck with the plan. Parked in same place but didn't bring the dog as being on lead would mean she'd be restricted to the stony track which would be rough on her pads. Higher up would have been okay but not knowing how far the track continued I didn't want to risk it.

After the hard track ended the going was wet and muddy, but waterlogged patches were easily avoidable. It was 35 minutes to the top but Finlay was up beside the transmitter mast a bit quicker than that. The wind was strong and surprisingly cold after the mild days we'd been having lately. But that didn't matter. It was good to be up a hill again.

I'd forgotten to charge my camera so had to use my phone and results aren't the best which is probably as much down to the poor light as anything else.

Finlay and Ian at top of Tom Bailgeann (464m) 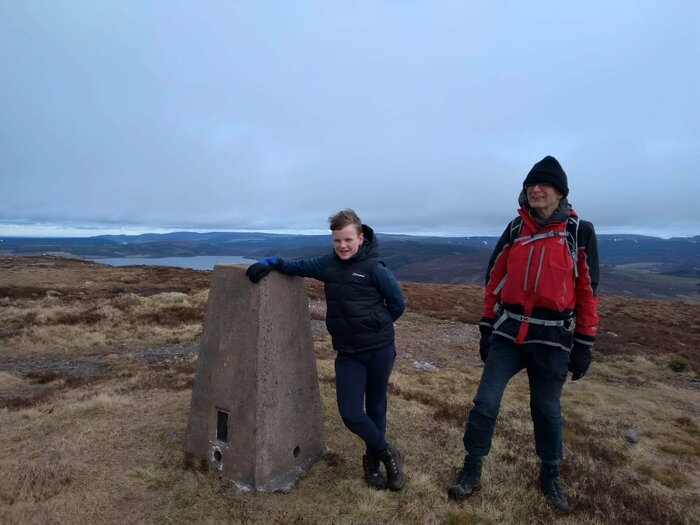 This was a minimal climb for Ian who had already been out climbing Corbetts so I suggested he scamper down at his normal speed and start along the route we'd be taking home, via Loch Ruthven. He agreed to that and sped off while Finlay and I walked over to the lower top which gives better views. 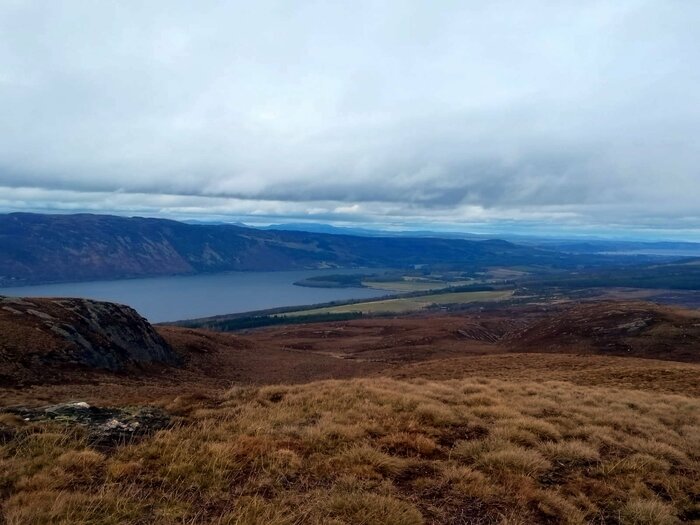 We could make out the Kessock bridge and the ever present puff of steam from the Norbord factory.

Loch Ashie and other small lochs west of Duntelchaig 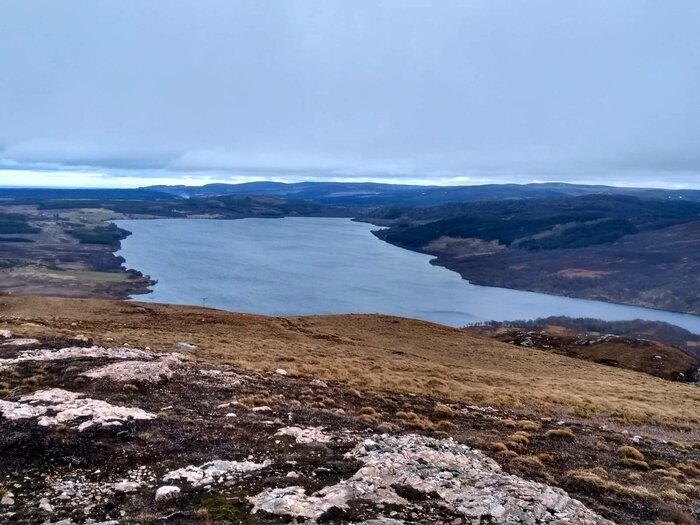 We then retraced our steps down the muddy path until it met the hard track again. To be honest I was happier walking on the soft ground, but that's maybe a reflection of my age and dodgy knee!

A glimpse of Loch Ruthven to the right 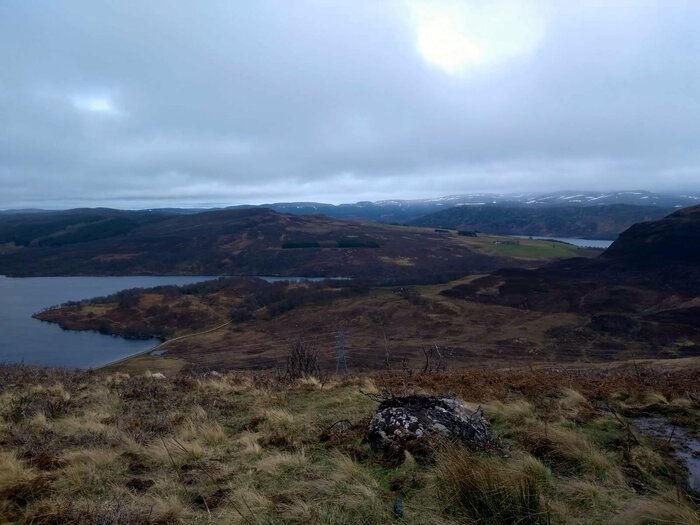 The track is steep and loose in places so care was needed (for me anyway) on the descent. The grandson was fleeter of foot and can be seen towards the bottom of track in next picture.

Final part of the descent We picked up Ian on the road towards Loch Ruthven and passed Tullich Lodge where Pete and I spent a fortnight on a family holiday back in 1975, courtesy of my dad. That was our first introduction to this area and first of several ascents of Stac Gorm, the craggy hill across the loch from where we were staying, that time with 11 month old David (father of grandson Finlay) on Pete's back. Happy days.

Outside Tullich Lodge with Peter, David and my mum (July 1975) 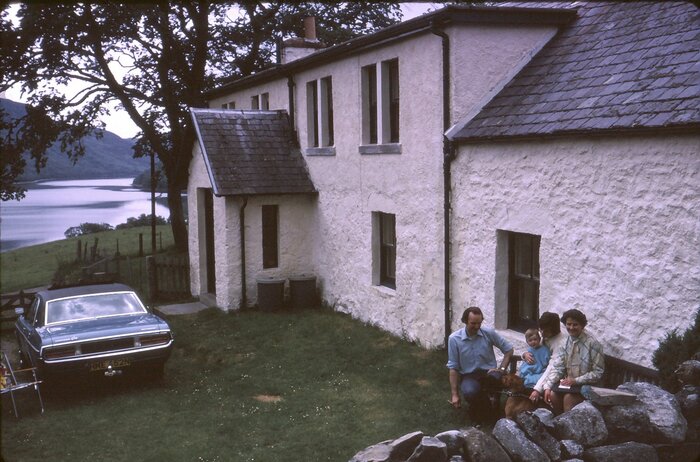 Playing frisbee in field opposite 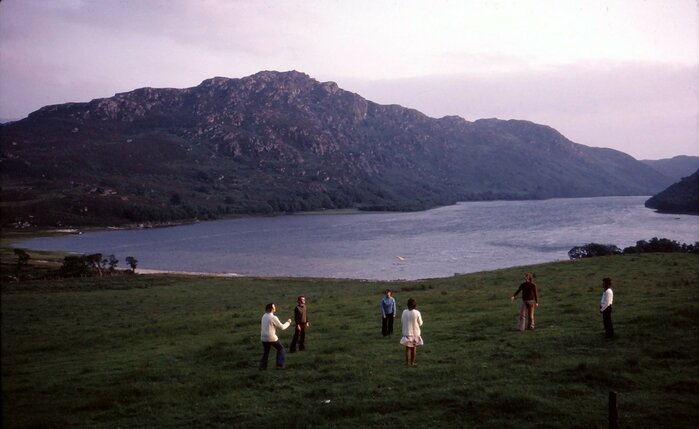 On the way up Stac Gorm with brothers and other halves Re: First hill of the year on a very windy Tom Bailgeann

There's something about those old photos

Re: First hill of the year on a very windy Tom Bailgeann

shredder wrote:There's something about those old photos

Probably that they're from a bygone age!