Opted for Glas-bheinn Mhor today, might as well make the most of the days we've got left of the A82 down the side of Loch Ness not being clogged up my motorhomes! I've done GBM twice before, also from Allt Sigh, the same initial route up I've always used for going up Meall Fuar Mhonaidh, It's a longer, quieter route than the more normal start point at Grotaig, I've never seen anyone on the handful of times I've gone up the hills from this side.

our_route.gpx Open full screen  NB: Walkhighlands is not responsible for the accuracy of gpx files in users posts
I was here a few weeks ago in very different conditions, went up a snowy Meall-fuar Mhonaidh on that occasion:
https://www.walkhighlands.co.uk/Forum/viewtopic.php?f=9&t=103077
Today the snow was gone from the route and it was good walking conditions. Headed up the same way alongside the Allt Sigh and then leaving the main track on the sharp left, through the gate and following the hydro track up to the 2 hills. This time I continued on the track past the point I'd headed off to MFM, then took the right branch at the T-junction of the track. As far as I know, there's no trodden path up Glas-bheinn Mhor - a few deer tracks which sometimes head in the right direction before veering off, but really there's no right or wrong way up the hill; I could do it every week for a year and take a different line up and down each time.

From the hydro track - Glas Bheinn Mhor on the left, Meall Fuar mhonaidh on the right 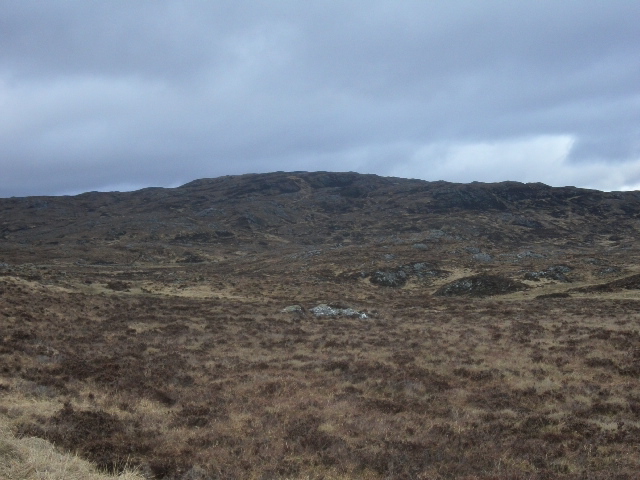 Leaving the track to set off up the southern slope of Glas beinn mhor. I know it doesn't look very exciting. The deer decided to leave me to it 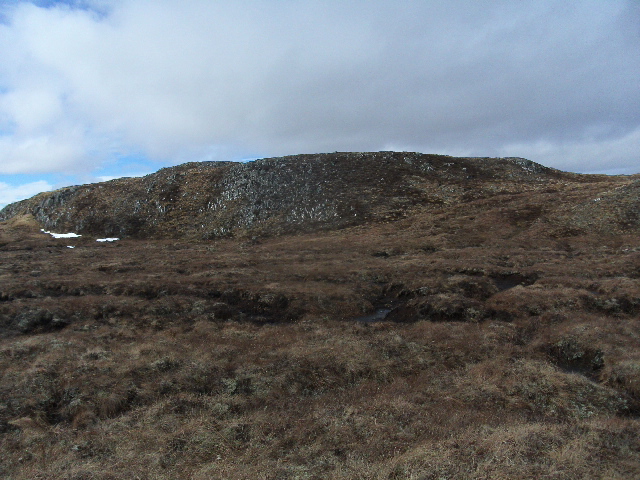 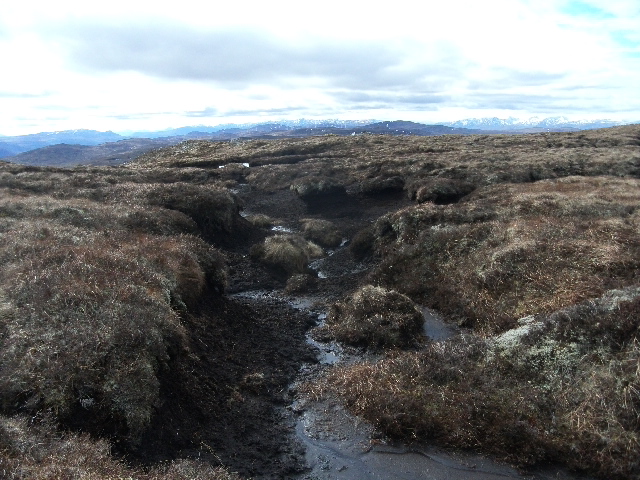 Some peat hags to negotiate on the route taken today

It's not the most interesting looking hill, but I really like it. The way I went up today seemed to involve a couple of false summits and also an area of peat hags to negotiate my way across, but that just added a bit of interest to an otherwise very straightforward ascent. There's a trig point and a cairn at the summit area, and it was a nice enough day to get my map out and ponder doing a completely different route up next time - I've never heard of anyone doing it as a longer day from Drumnadrochit down Glen Coiltie, but it looked do-able on paper until I saw the track down the glen is on the wrong side of the river. Hmmmm... 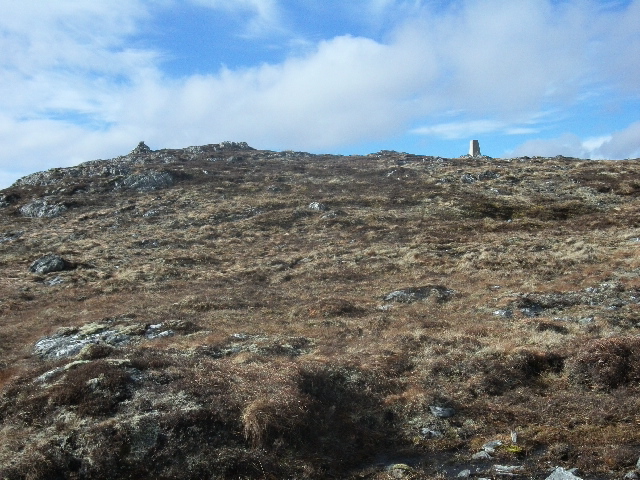 Cairn and trig point in sight 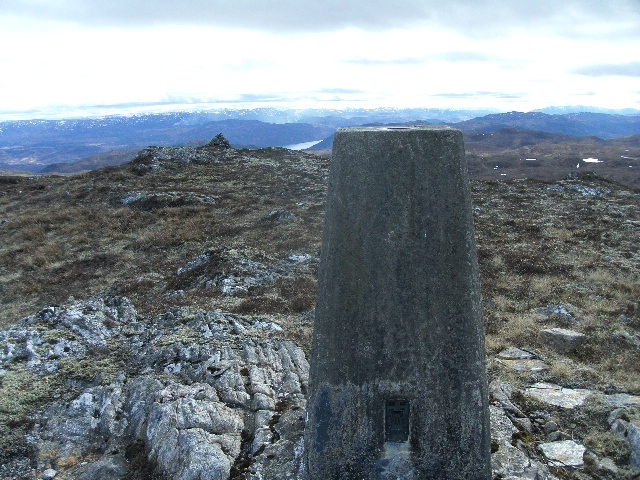 South end of Loch Ness visible past the cairn... 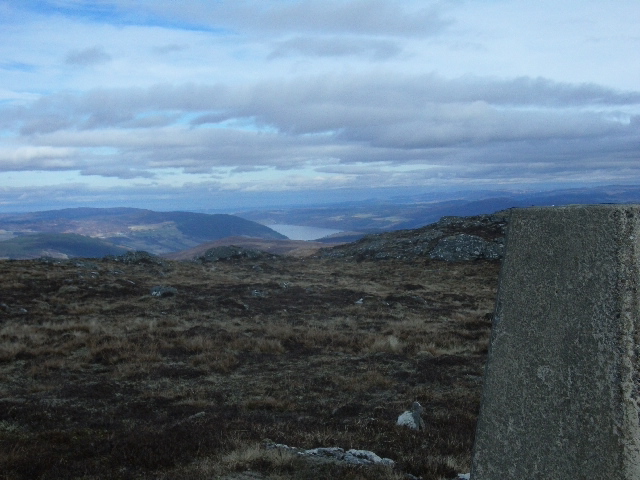 ..Meall Fuar-mhonaidh inbetween (the summit of GBM doesn't give the best view, it's seen better when heading up or down the hill) 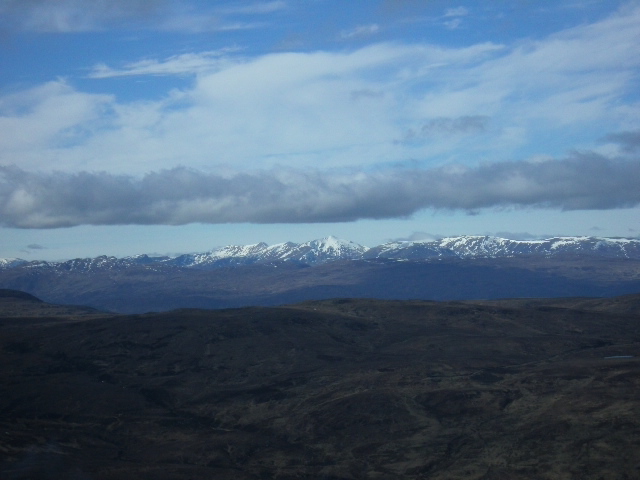 Weird lurking band of cloud, but mountain tops all clear 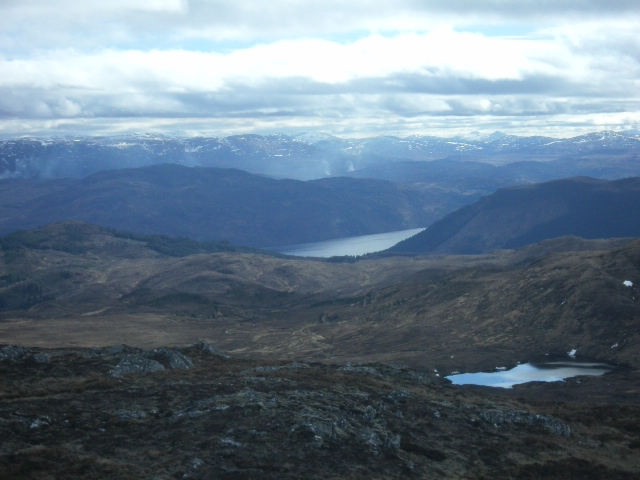 Anyway, today, as with my other grahams this week, was just an afternoon's walk, so I headed down a grassier route further west than the way I'd come up, to go to little Loch an t-Sionnaich. This was a lovely, peaceful, sheltered spot, as well as finally giving an almost-photogenic view of Glas-bheinn Mhor 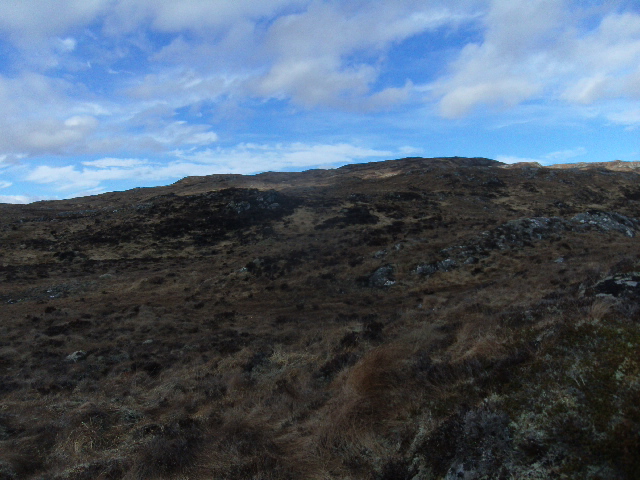 Looking back up the descent route, it's still not managing to look interesting in a photo 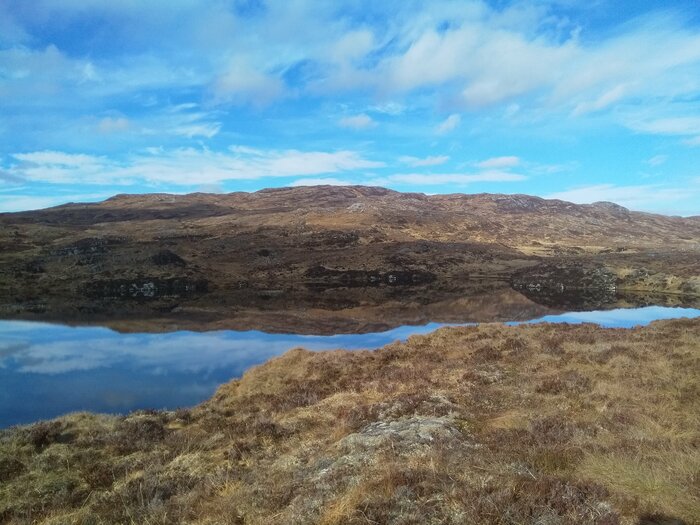 Hmmmm ... think it almost manages to look nice when reflected in Loch an t-Sionnaich..?!

...and this time with MFM also in the picture

A short hop back on to the track from there and then back down the car. The views from the summit are good, but not as spectacular as many other mountains in the Highlands, and it'll always be less popular with most people than its iconic Loch Ness neighbour Meall Fuar-mhonaidh - but this is one of my favourite local hills; easy to get to from home, straightforward walk in, then a variety of ways up/down the hill as gentle or as steep as you want Looking back over to MFM