Corbetts included on this walk: Càrn a' Choire Ghairbh


The one day with good weather forecast for my days off, so took the chance to go to Affric seeing as it'll be mobbed in a month once 'stay local' restrictions are lifted. Didn't set off early enough to do the 2 corbetts, so parked in the rough ground between the walkers car park and the main Glen Affric car park just to add an extra mile to the walk.

our_route.gpx Open full screen  NB: Walkhighlands is not responsible for the accuracy of gpx files in users posts
Took the track along the south side of Loch Affic for a few km, then when more or less opposite the wee bothy/hut on the ground below, took the grassy, boggy path which zig zags up the hill. Fantastic views across Loch Affric and down the glen, not a cloud in the sky.

The path ends eventually, but no visibility or route-finding issues in these conditions, just continued up to the right for about 1.5km approx. Eventually the actual high point came into view, with its cairn. Good views over to Glenshiel munros I've done before. Also a nice view of the route to the other corbett, Aonach Shasuinn, which could be done with this one, but the snow melt and recent rain meant ground conditions were pretty wet so I didn't fancy the wet peat hags in the bealach, never mind cutting it fine on time with my tardy start. I'll do it as a stand alone hill another time. so returned more or less the same way as I'd come up today. Managed to lose the grassy path twice, but just headed down steep ground instead. Surprised to find an antler on the path at one point, it hadn't been there 3 or 4 hours earlier when I'd come up. Nobody else on this hill today, but I had seen a few deer. 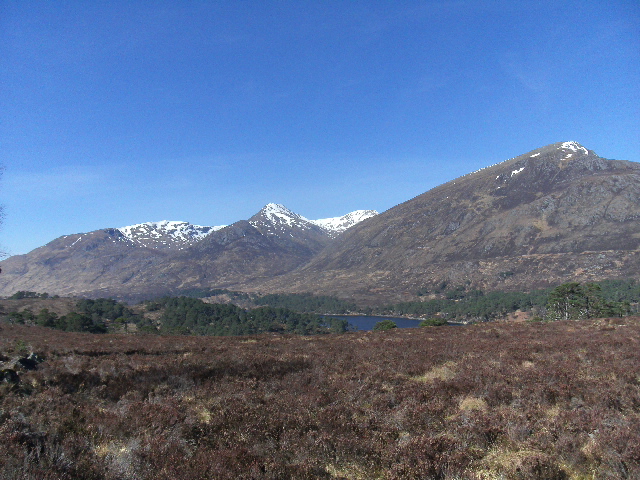 View to north side of Loch Affric, heading west along the track 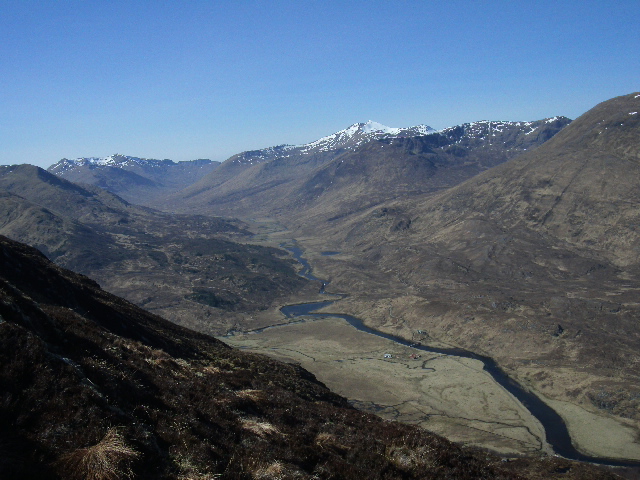 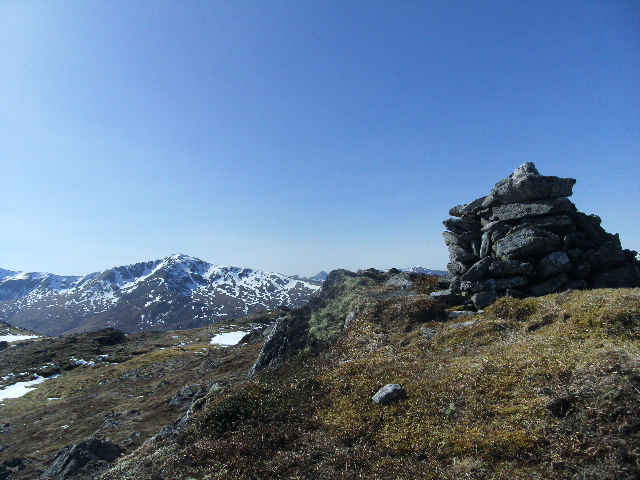 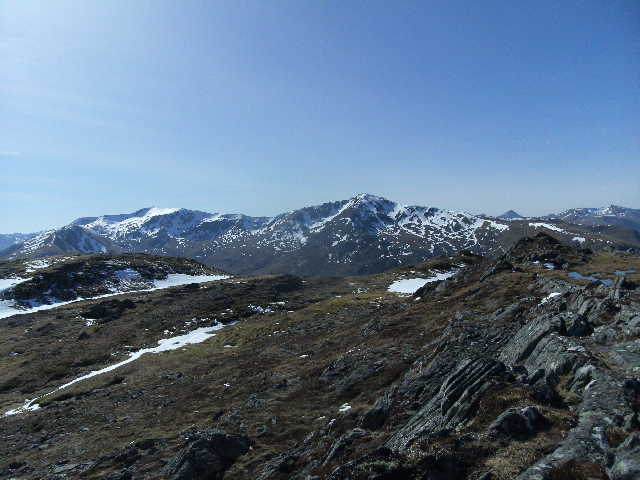 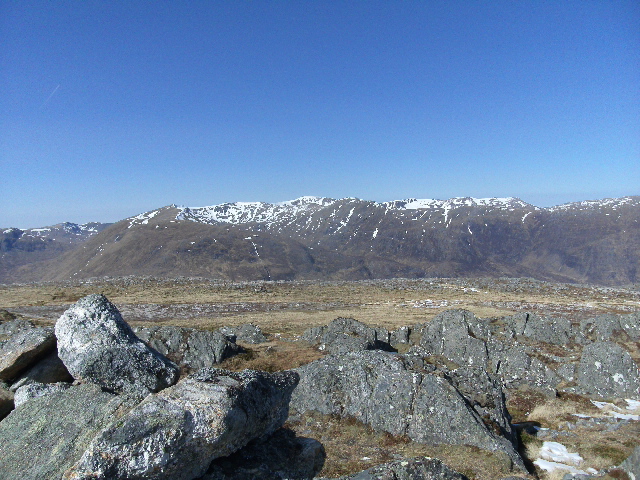 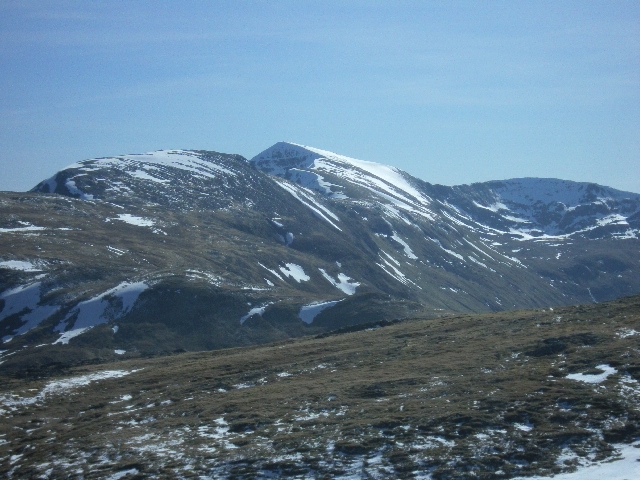 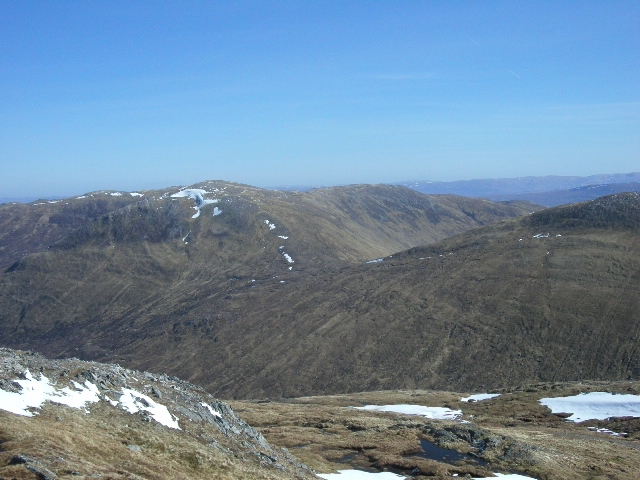 Compared to the snow topped Glenshiel and Affric munros, it's a pretty unexciting view to the other corbett, Aonach Shasuinn

On the way back down, pano of the northern side of Glen Affric 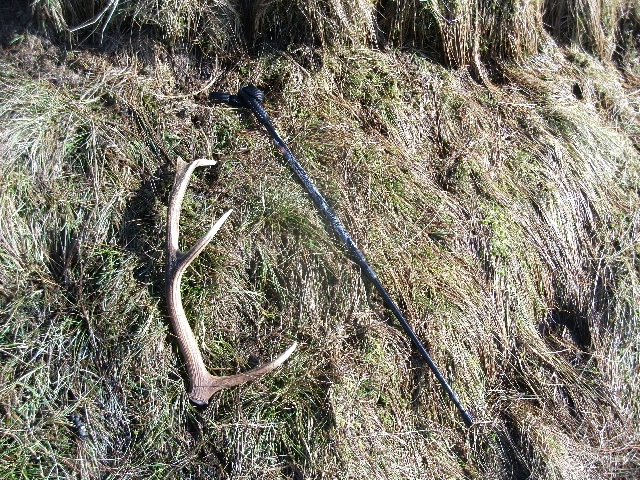 Nice bonus, finding an antler, I know a couple of dogs who'll like that as a present

Nice walk, a few people doing the Loch Affric circuit on the track, but no-one else doing Càrn a' Choire Ghairbh today. Even with the supposed 'stay local' and no overnighters rules there were a few motorhomes, campervans, caravans and tents around today, but at least the single track glen road was quiet when I drove it each way.