While many reports say to do Sgiath Chuil alongside Meall Glas, and to do them from Glen Lochay, I decided I would go for simplicity over remoteness , what could be simpler, on the second day of lifting of lockdown travel restrictions, but to park in a layby that you know won't be busy and to avoid all the main hillwalking areas. This report is not for hard core walkers, it's for those who want a few hours in a fairly safe environment, particularly on a clear day, that is ideal for trail runners and those taking kids up hills.

Other reports say to start at Auchessan but as there is only space for a few cars. I took the chance and parked at the empty layby at the sign for Auchlyne. I was later starting, not because I'm adverse to setting my alarm for 5 am, but because I was househunting en route.
I hadn't mapped out this route, but looking at my OS Map, I could see a good path that swept around to where an ascent could be started.

I crossed the road and walked down a pleasant lane, over the bridge then followed the path, which veers to the right. This feels as if you are heading away from the hill but it does sweep back around. I passed the crocodile and for a minute thought I was in Largs. Before I got to Auchlyne farm I was lucky enough to see a red squirrel scurrying up a tree, these are the moments when you stand still and know you are back to where you want to be, in nature and in the hills. 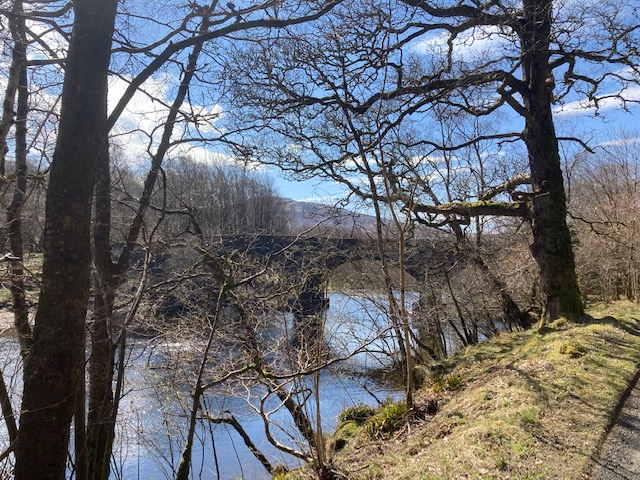 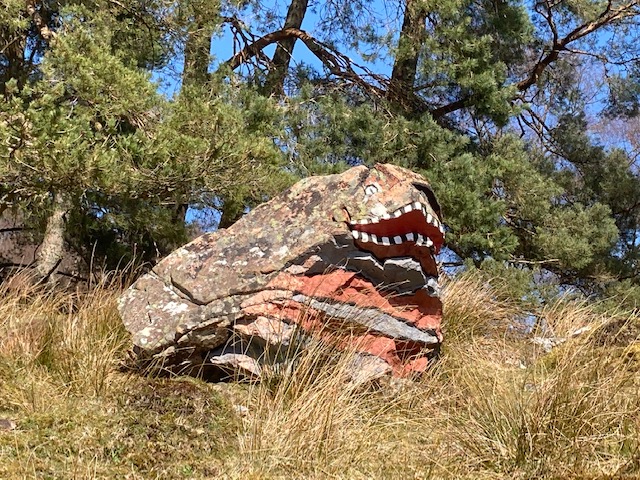 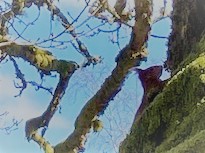 When I got to Auchlyne Farm, there are two paths, so after quick check of the map I crossed the bridge and took the path heading upwards on the right hand side of the river. So, now heading north, then east on the path. Great views of Ben More and Stob Binnein as you walk along and the snowy Ben Challum. 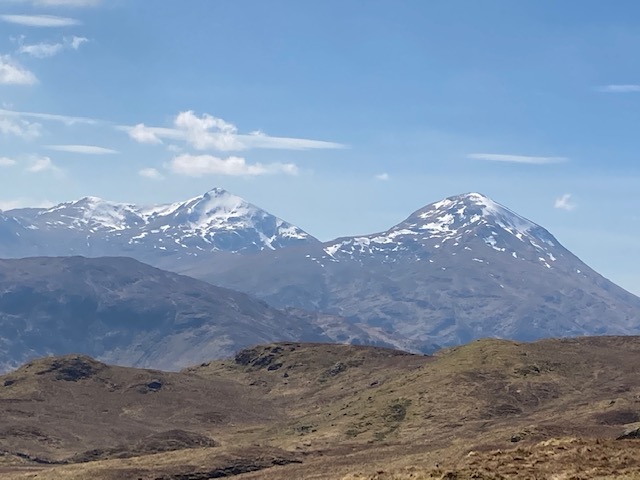 At this point there was a clear view of Sgiath Chrom with Sgiath Chull behind it looking north. You could leave the path at any time and yomp up towards these hills and it's tempting to do so when you get to the ford and dams, as the path then drops. This is slightly annoying when you've spent energy running up the way, however, heading up where the map marks the Shielings is the most direct and sensible route. There's a tunneled bridge which you cross but this is hidden on the ascent, look back once you cross though, it's a cool looking bridge. 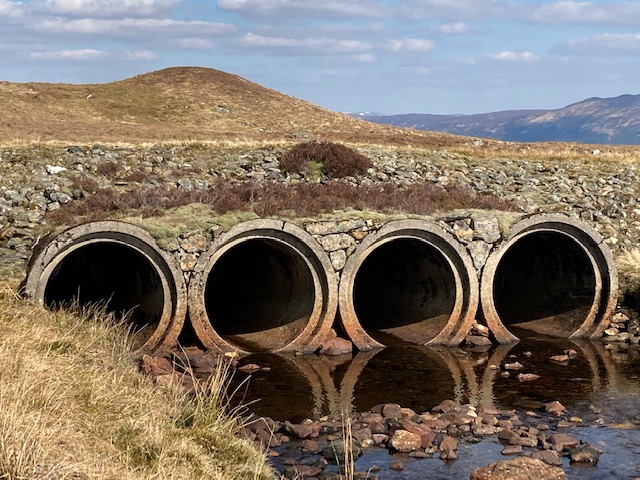 There is no path but given the clear visibility, I could see exactly where I was heading to, so I aimed for the bealach at Sgiath Chrom then skirted up and round to meet the path from Glen Lochay to walk up to the summit of Sgiath Chrom, keeping an eye on my compass, heading NNW. The views over Glen Lochay looks wonderful, as did Meall Glas, which will be next on my list Back the same way but a great hill to run down with no big humpy stuff or rocks, a fit runner would get back to their car in less than an hour, my lockdown legs gave up running with two miles to go but still a decent 90 minutes got me back to the nanamobile. Much as I love a group walk, and that feeling when you come back and all go to the pub or tearoom, I also love a walk/run on my own, it lets me go at my pace, I can stop when I like and this lovely hill gave me that sense of confidence and feeling of satisfaction of plotting a bit of a different route.

So pleased to read that someone else has tried and enjoyed this route! Approaching this way turns a hill that’s often regarded as a boggy slog into a real delight. My TR at https://www.walkhighlands.co.uk/Forum/viewtopic.php?f=9&t=88324

I also like this approach to the hill - it's possible to make a nice circuit over the tops to the east.
Top trivia - the 883m top is the most prominent unnamed summit in the UK.