Back in July, this hill beat me. However, that was pre-knee-surgery and today - post knee surgery - my new knee allowed me to take on the 'rough stuff' on this hill, which has been bugging me for months. Admittedly, I took on the shorter route from Blairpark rather than the Greeto bridge route but there was still plenty of demanding terrain once the track was left behind. Heading up the track towards Irish Law

Not much to describe , really. I left the track and waded through the wet, tussocky moorland then contoured around the south side of Feuside Hill. 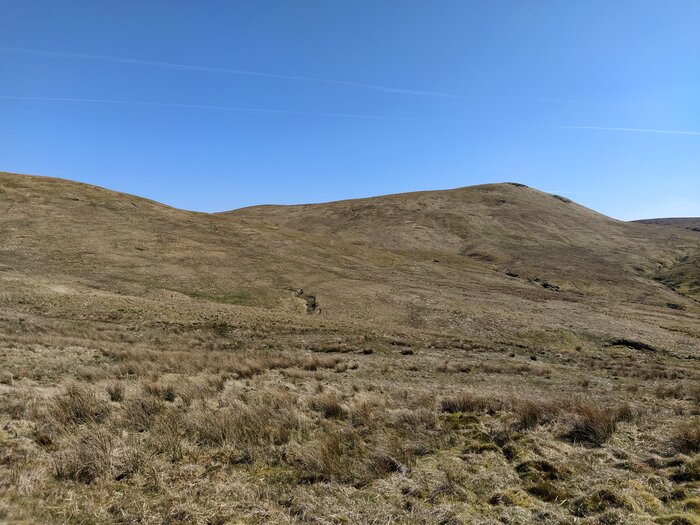 Heading across the moorland to Feuside Hill and Irish Law

I dropped down to cross a stream and headed up the slopes of Irish Law on quite a good path (surprisingly) which led all the way to the summit trig. On the summit, looking over to Arran

The skies were blue and the sun was shining but there was a cold wind blowing - cold enough for hat, gloves and Gore-Tex jacket - so it wasn't a place to linger. A few photos later and a quick drink, I was off back down the hillside. A small hill but I still felt good!