Beinn Chaorach and Cam Chreag 28042021.gpx Open full screen  NB: Walkhighlands is not responsible for the accuracy of gpx files in users posts

Most people do these hill as a trio, along with Beinn Odhar (or for an increasing number of masochists all 5 Tyndrum Corbetts in a day). This had been the original plan on bagging Beinn Odhar during winter several winters ago, but a late start (partly due to an extended cooked breakfast at the Green Welly) ended up limiting our ambitions to 1 summit that day.

This was of no great consequence as I am always happy to return to these hills, they are a short drive and the Real food Cafe is always a draw post walk.

I began the walk at the logical point, where we had exited the hill from the Beinn Odhar walk at Auchtertyre. There is a good wee carpark, just before crossing the bridge to the wigwams and a decent farm track gives some easy ascent before hitting the hills proper. 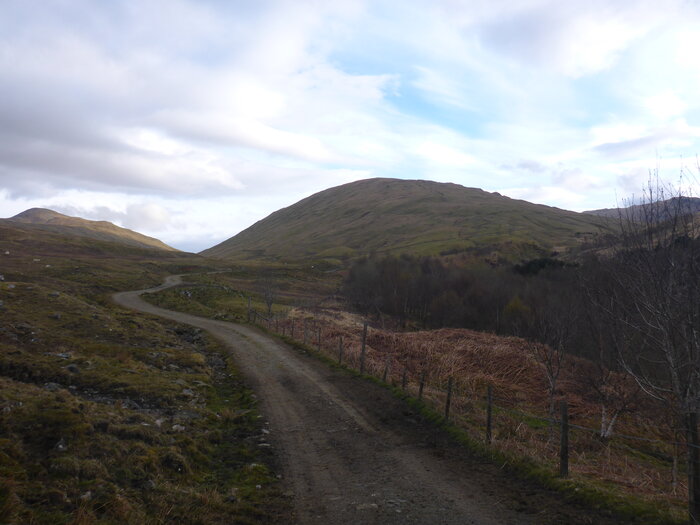 Having has a few sunny days on the hill previously, this was more typical Scottish weather, with me initially pulling on the waterproof. The rain eased off and I was treated to a view of the higher hills getting a dusting of snow. 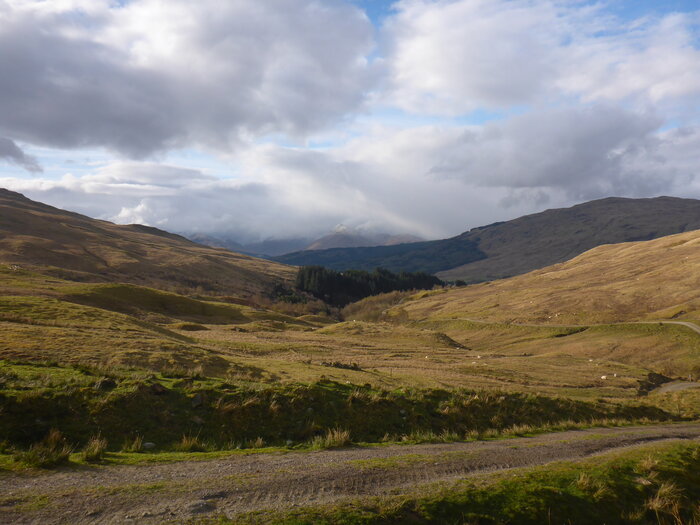 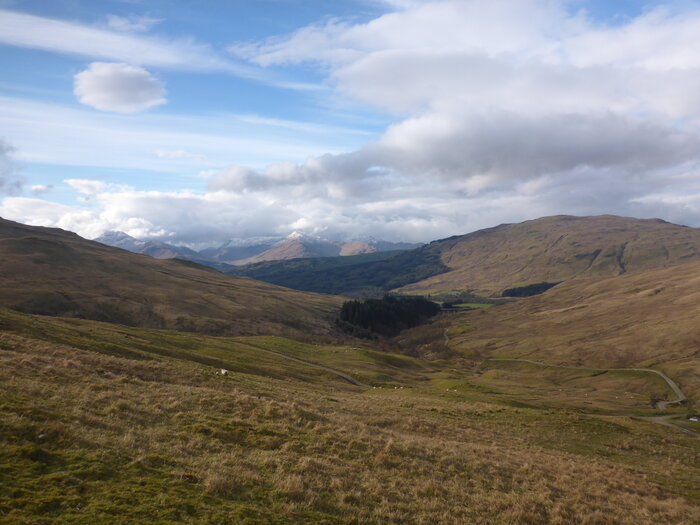 Passing some curious cows and numerous gates, I continued until the fork in the track where I took a left, then after the gate tracked the fence up the hill to the higher ground. As others have pointed out, there are the remains of an electric fence which make a handy reference for a good part of this route. 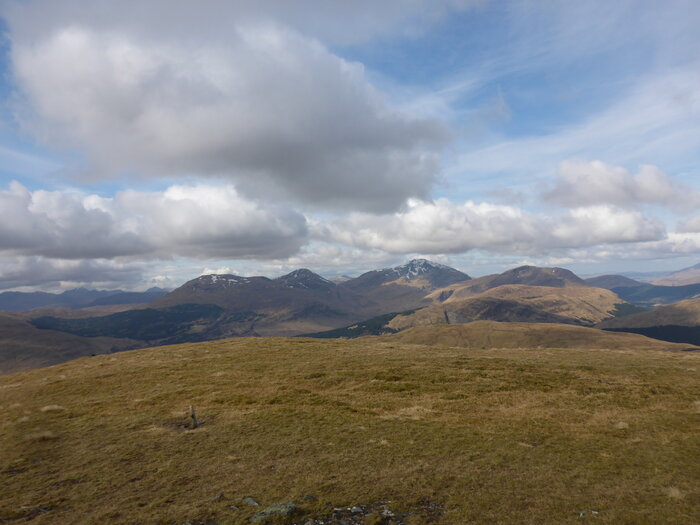 Although there had been some rain since my last outing, the ground was still decently dry. With easy going I quickly reached the summit of Beinn Chaorach 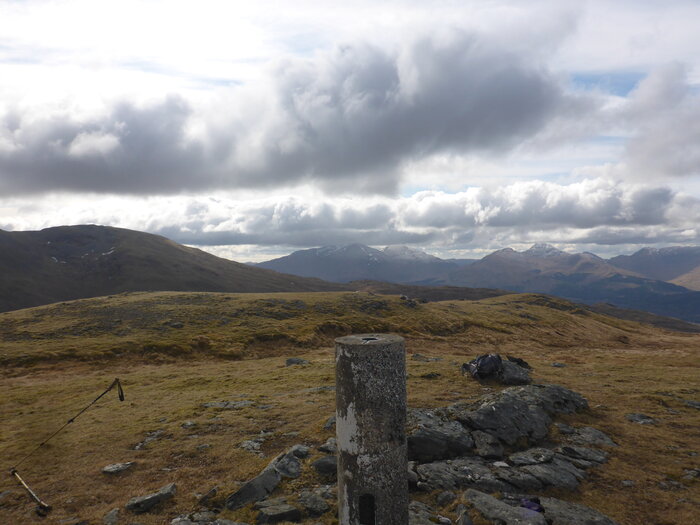 From here I continued down to the bealach, again tracking the old fence line. For some reason Cam Chreag looked far more imposing that the first hill, but progress seemed surprisingly quite once going. I found myself doing a double take on spotting this apparently levitating rock! 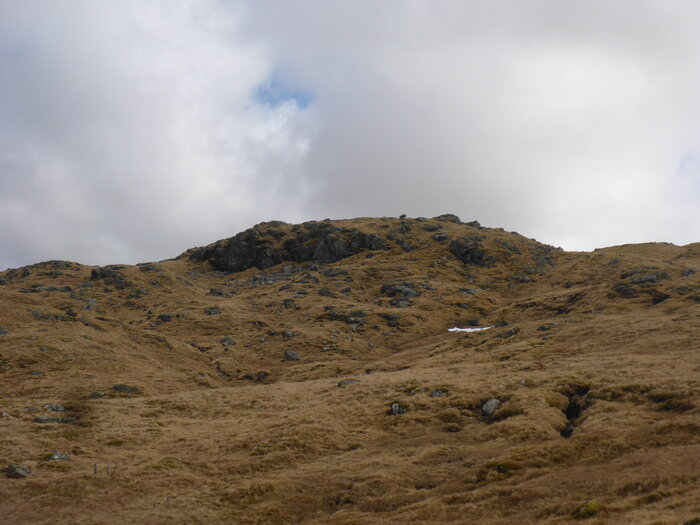 The ascent gave good views of Ben Lui, which was still holding a good bit of snow. I have long held a theory that you can see Schiehallion from 80% of Scotlands hills (South of the Great Glen at least). I am starting to think that Ben Lui covers the other 20%. 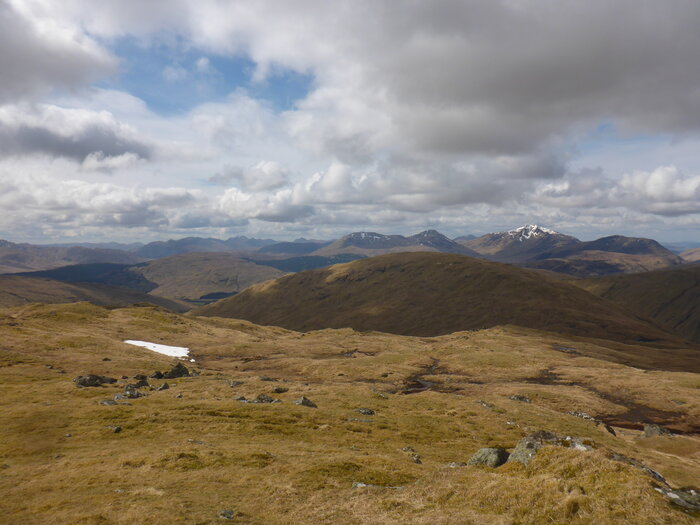 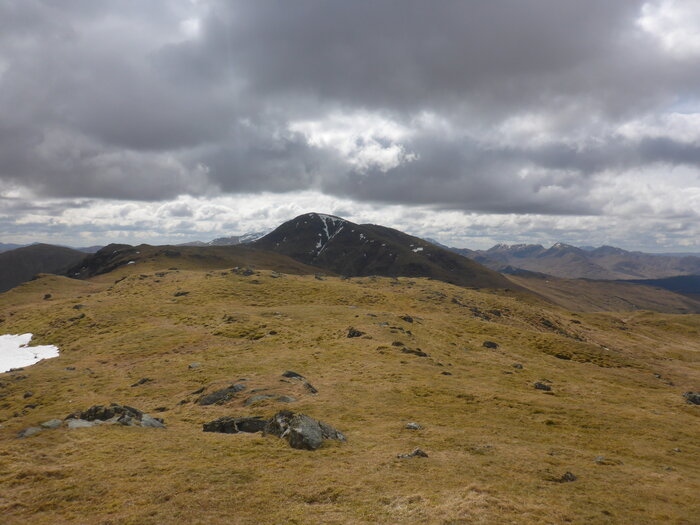 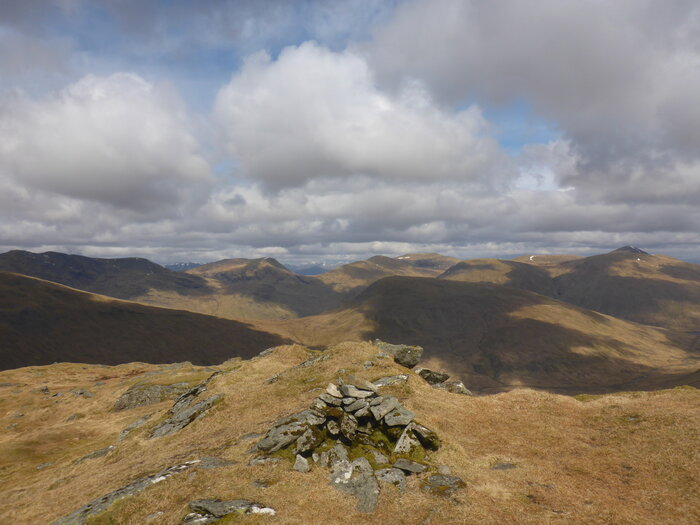 After munching a roll on the summit, I headed back down to the bealach. Another of my observations has been that there seems to be disproportionately fewer Corbetts, where you can get more than 1 in a single walk easily, compared to Munroes. Beinn Udlaidh and Beinn Bhreac-liath had been the first time I had done 2 in one day. Here I had done 2 before lunch. Another diary day...

From the bealach, I followed a faint ATV track down to the fence surrounding the new native woodland plantation. I was partly thinking where a vehicle had been, there would be a gate, which there was. But to be honest the fence would have been no issue to negotiate either way.

Making my way through along the glen I enjoyed the views of the bigger hills on the other side. This will be a nice walk in years to come once the native trees have been reestablished properly. 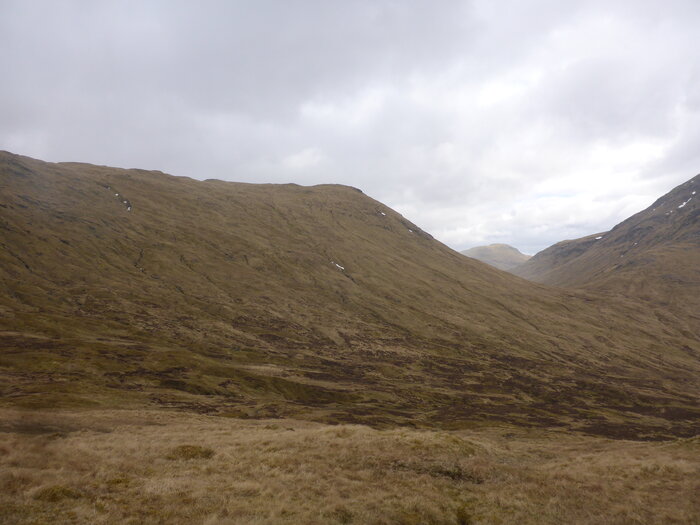 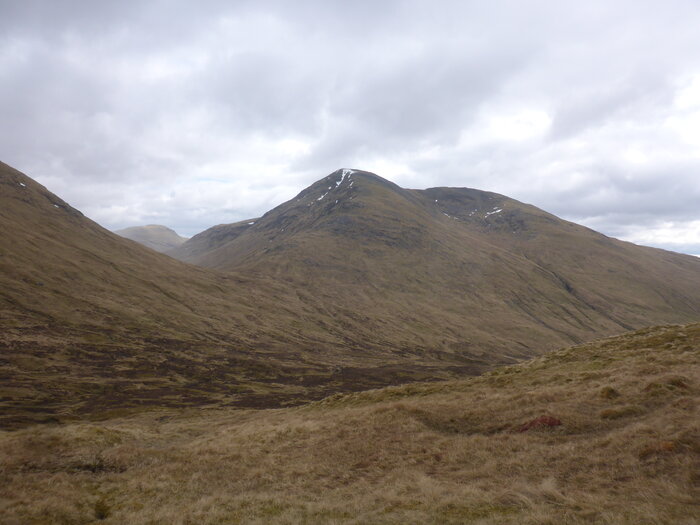 Following the track I soon reached the original fork in the road and headed back down to the car and the prospect of Stornoway black pudding and chips on the way home.