Monty Making a Meall of Bhuachaille!!

Monty Making a Meall of Bhuachaille!!


The weekend had arrived, the WH Aviemore gig would provide the opportunity to finally engage with some fellow walkers....
walkers whos reputations where bigger than a hollywood celebs

....my first walk would be with the one they call the "Monty".

Having read his reports these last 6 months i was fearful i would not keep up with such a beast - i had put in some epic walks these last few weeks to hopefully keep site of his tail.

My plan to stay fit, and in top shape, was scuppered as on Thursday night i spent a very enjoyable late evening with a friend.....i got home Friday morn 2am

With 3 hours sleep i left the glorious East End of Glasgow for my 3 hour drive to Aviemore, is Glasgow twinned with Aviemore...... it should be judging by the amount of dodgy Star Wars Bar style Nightclubs!!

The snow, wind and mist was in full force from Perth onwards....WTF was i doing driving up here when i could have been in a warm bed

As i reached Newtonmore a text from Danrun confirmed my fears, the big walk was off.

I met Monty, Danrun and Alan in Aviemore. Once i started to understand the Klingon like accent we managed to arrange to do a Corbett near Glenmore Lodge - by now the snow had stopped and the sunshine was belting across the hilltops.

Meall a'Bhuachaille would be the Corbett - our route 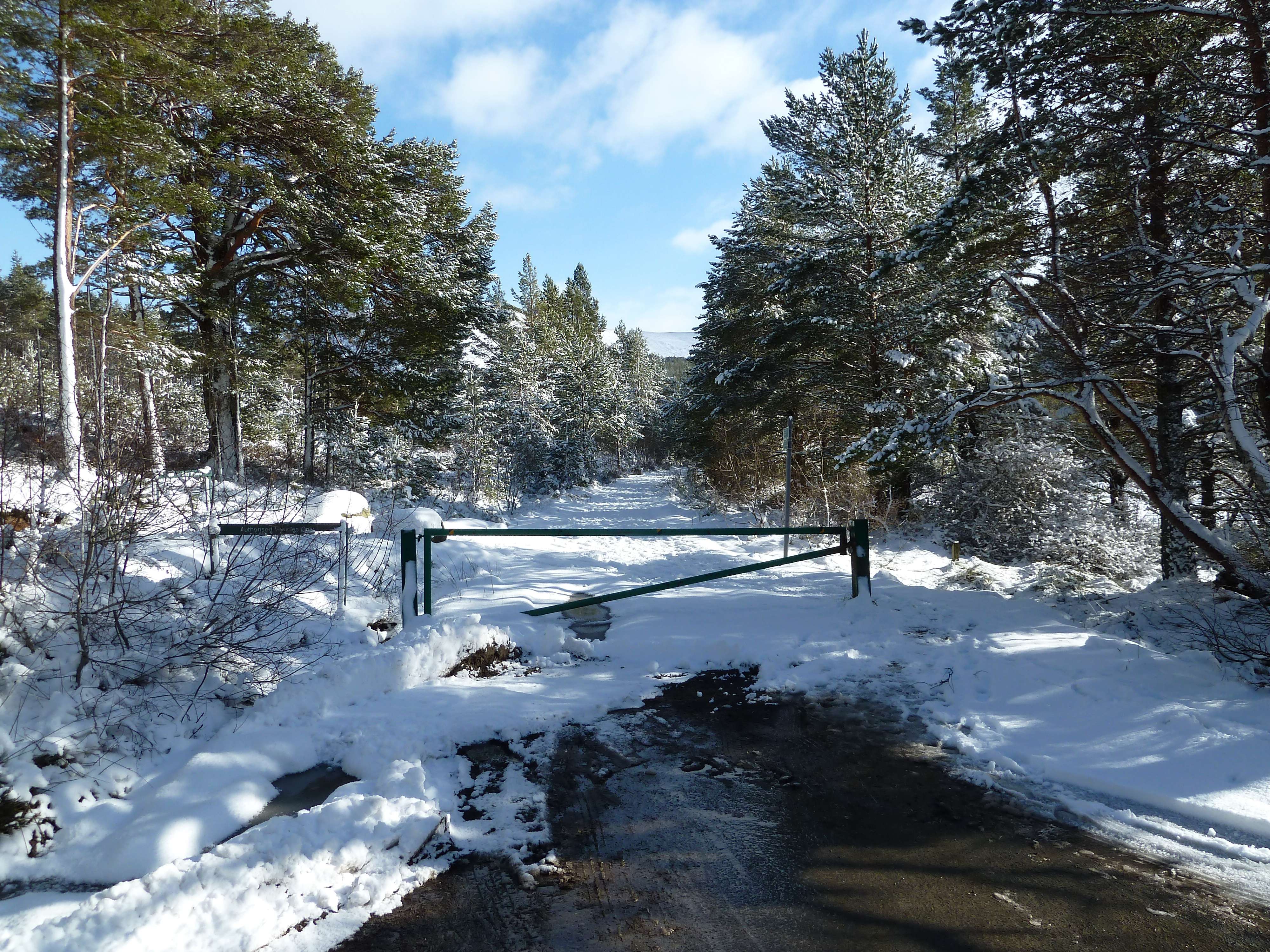 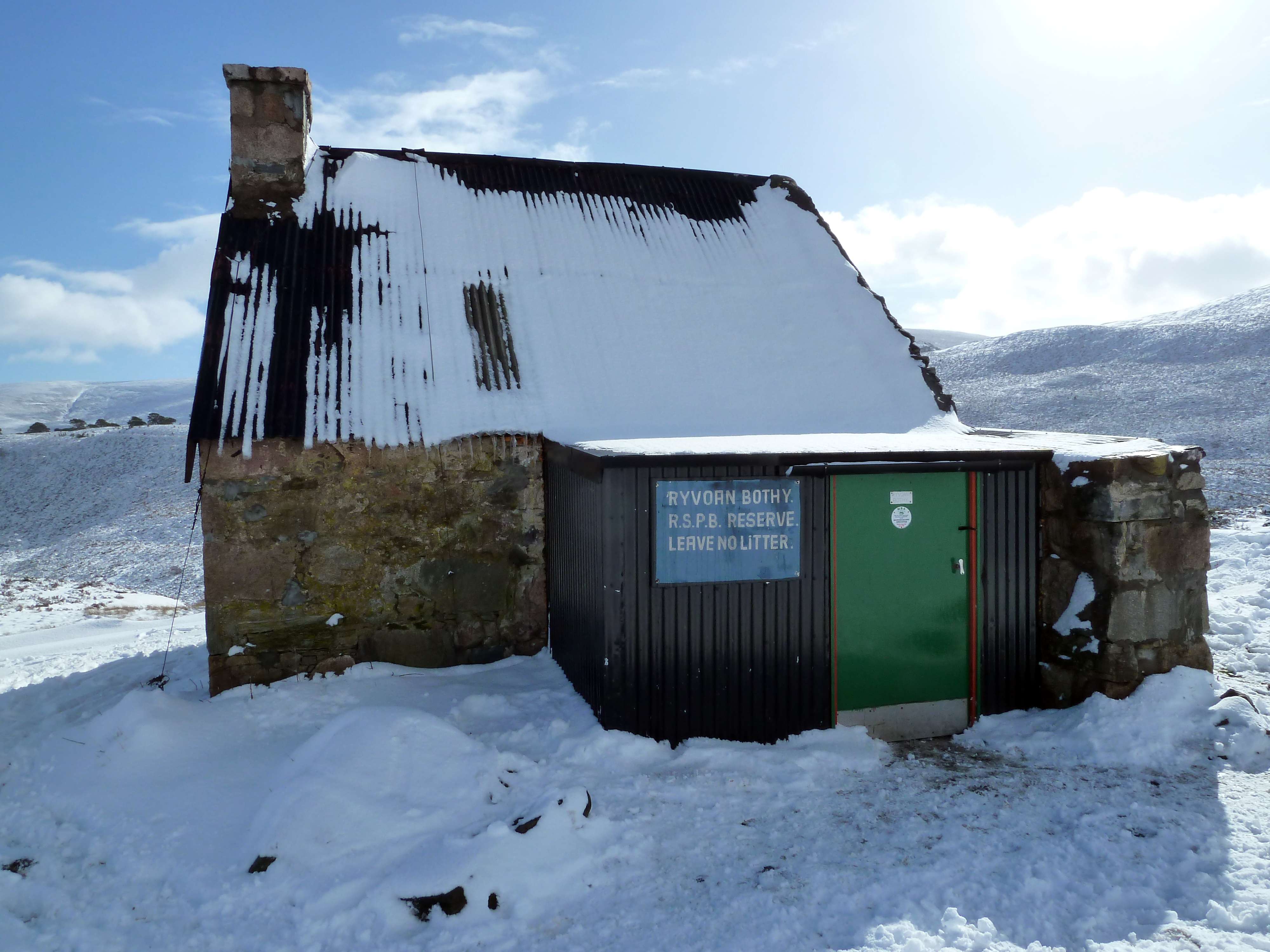 A few minutes was explored in the Bothy - Mountainstar (Alan) has stayed in all but 2, i've yet to kip in 1

Ahead was the easy ascent which we would follow NW to reach the summit.

Monty took the lead and i followed him, Alan and Danrun took it easy a few minutes behind.

I was wondering if i would be out of my depth trying to keep up with an ex army, ex navy, marathon running super fit specimen.........after 100m i had to push him out of the way to get past as he was holding me up

With a clear view ahead i was soon on the summit, Monty arrived blue faced, puffing and panting 10 minutes later .... "that was tough" he spluttered, "your having a laugh" i quipped.....was this the same Monty from the WH website???? 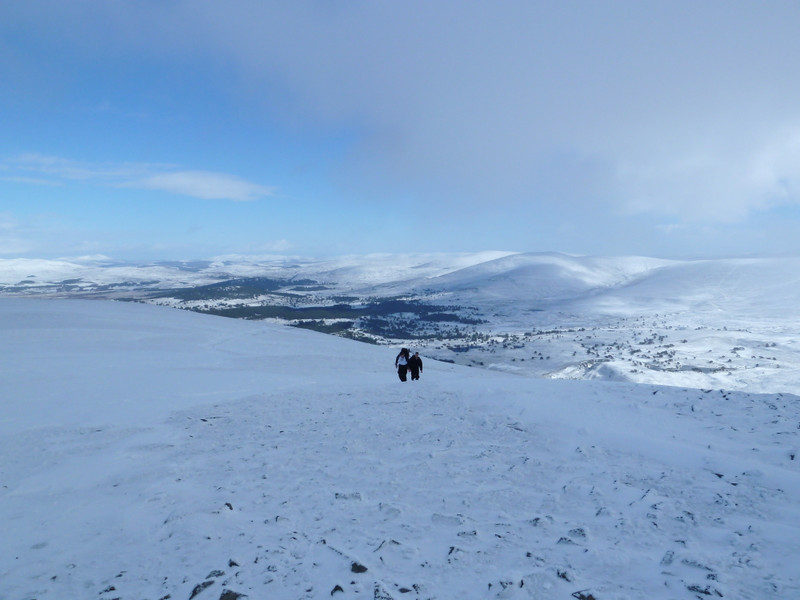 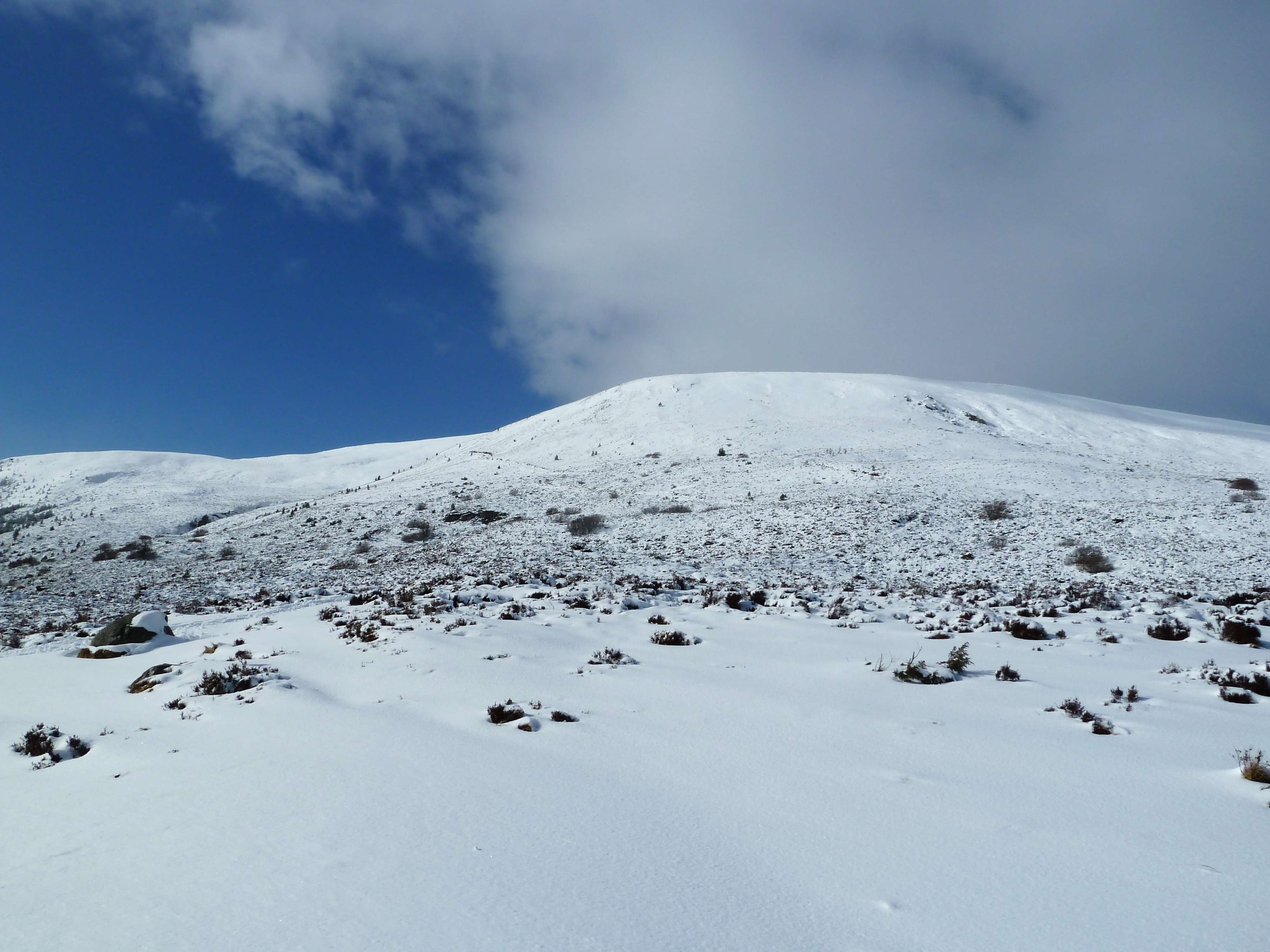 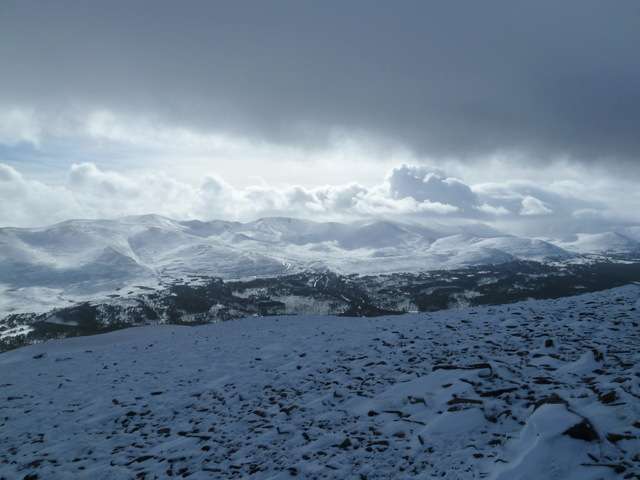 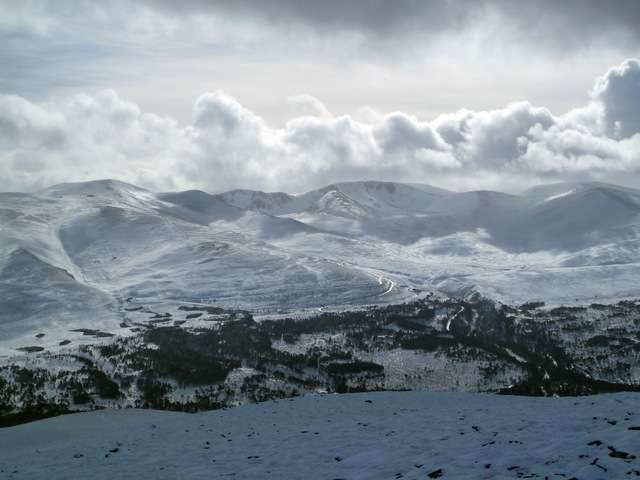 Danrun and Alan soon arrived and we all had a quick bite to eat.

We headed South down the SW face of Meall a'Bhuachaille

Monty started running and took an almighty tumble before jumping to his feet like a ninja turtle, Danrun had predicted this.

The snow was deep and we all had good fun heading to lower grounds. 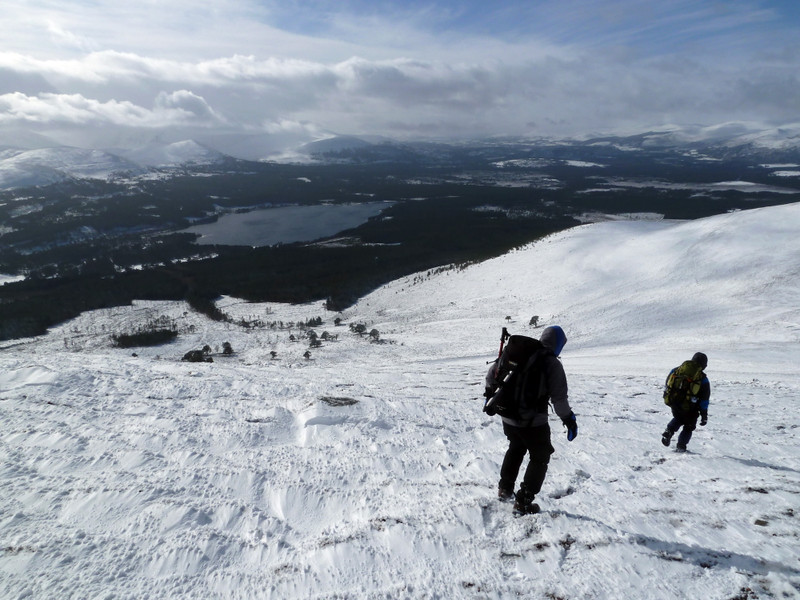 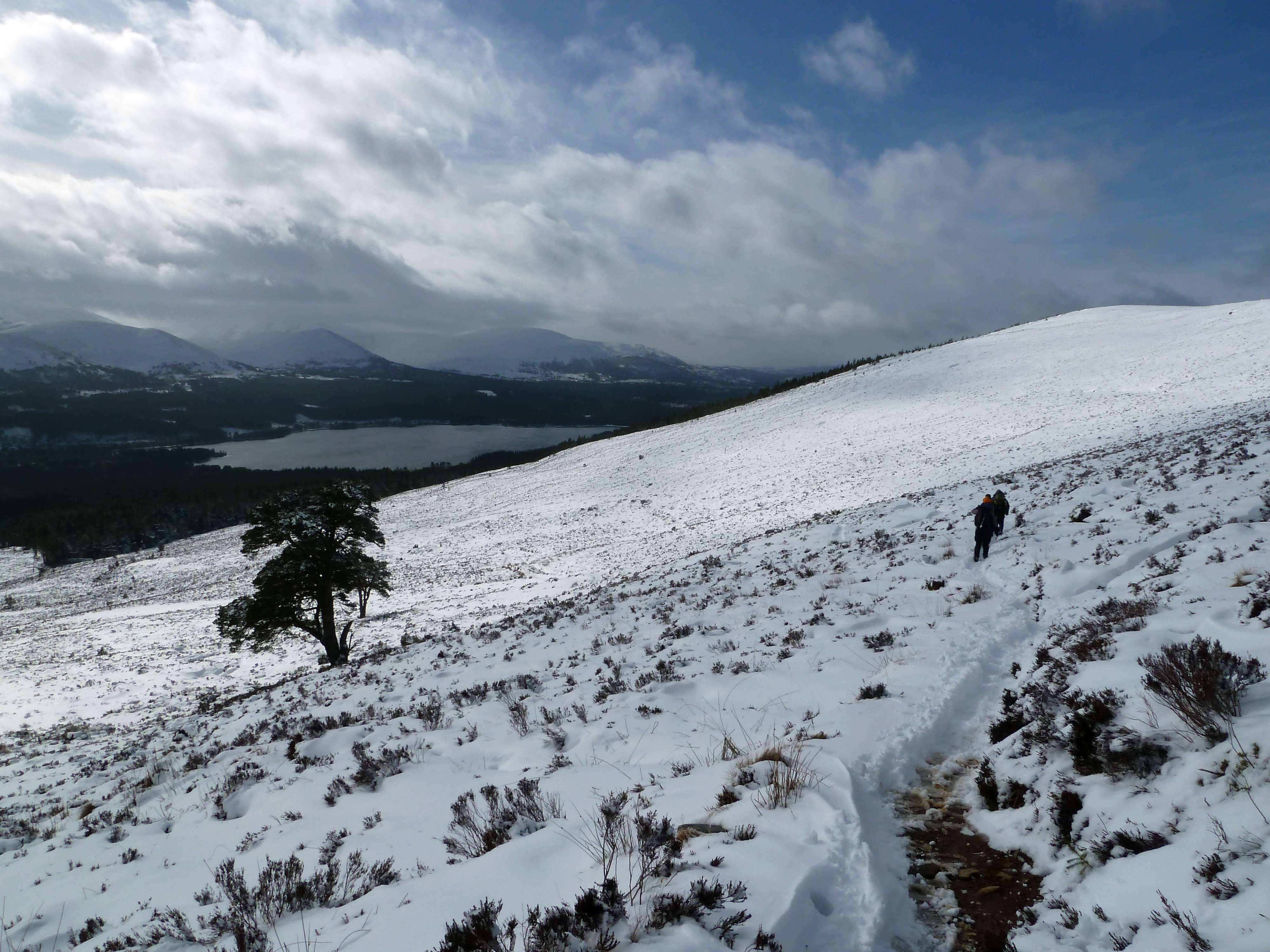 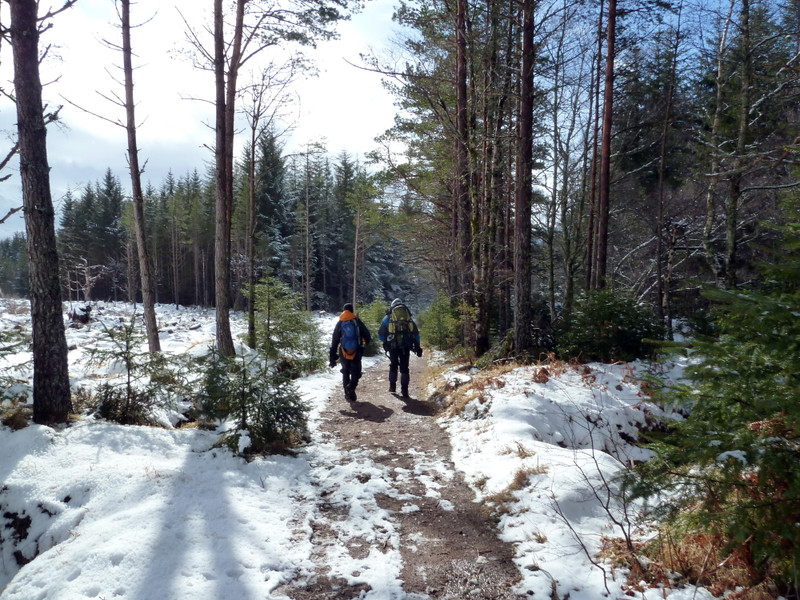 This was a nice little hill that presented no difficulties at all.
Monty, Danrun and Alan provided great chat, knowledge and banter.

Poor Monty got it tight from everyone for not getting to that summit first......tomorrow was another day and i looked forward to our next challenge, i'm sure Monty was also

Superb report Dooterbang. Seems like i am a spent force now

Now where did a put ma carpet slippers

monty wrote:Seems like i am a spent force now

Never. i think you just sat back and fed our egos a little....a good father figure

quality paul... look forward to catching up again in the better weather.

monty will be using that photo of u on top of the Bhuachaile as his new motivator....

And now I can present the latest WH video....
Showing now here....

The video's great but the soundtrack, well the guy singing it is alright I suppose, but I prefer monty's version

Love it Alan, awesome choice of music, although we really need to get Monty's rendition on tape haha.

Top video, you are getting a bit good at putting these together mountainstar

Perhaps Nicholas Cage could put a word in, in the Hollywood circles

Great, amusing report and some cracking quality pics. The video made me laugh but I hoped to see the fall and ninja like recovery