This turned into quite the random day. I spent half the morning battling the demons of the Ticketmaster website to try to obtain tickets for the first ever TV taping of WWE RAW at the Hydro (a friend eventually managed to nab some), then ended up at a wedding reception/lunch for my wife's friend. By 3:30pm I was in Garthamlock dropping my wife off at another friend's baby shower. I was hoping to meet up with the father-to-be and head to the pub, but we were informed that he and his mates had already scarpered for an afternoon of rock climbing somewhere. With a few spare hours suddenly opening up, I dashed back home for a change of shoes and headed North! 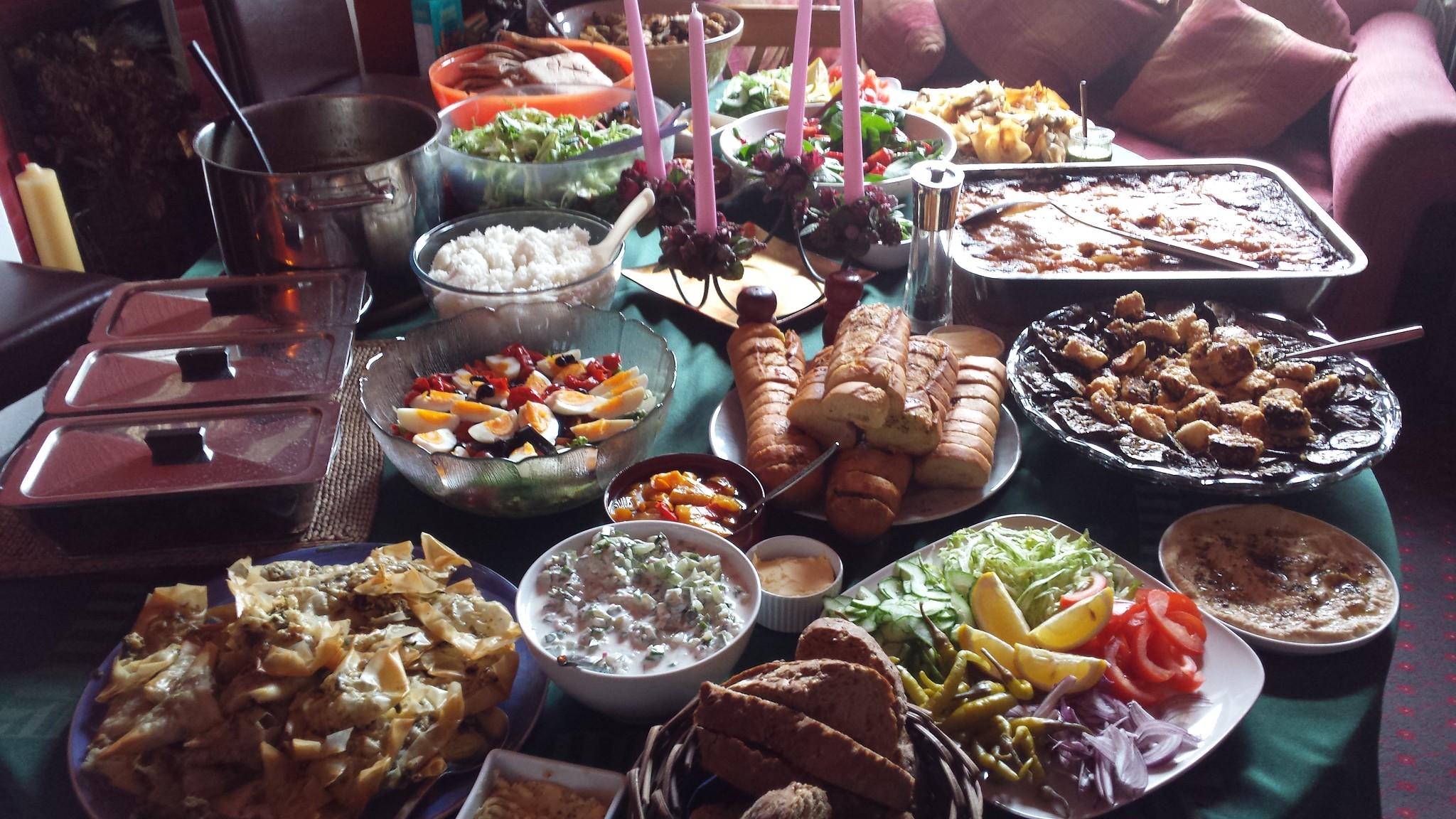 My rough plan was to head to Amulree to climb the Graham Meall Dearg. I was hoping to try the pair of Grahams to the South-east, Meall nan Caorach and Meall Reamhar, but there surely wouldn't be enough time this late in the day. Unfortunately, I encountered the aftermath of a road accident on the A822 just after the B827 junction. Emergency services were already in attendance, but there was a motorbike and debris strewn across the road behind the ticker-tape.

With the road closed, I turned and headed back to the B827 junction, and in a panic turned right into a wide glen I'd never seen before. 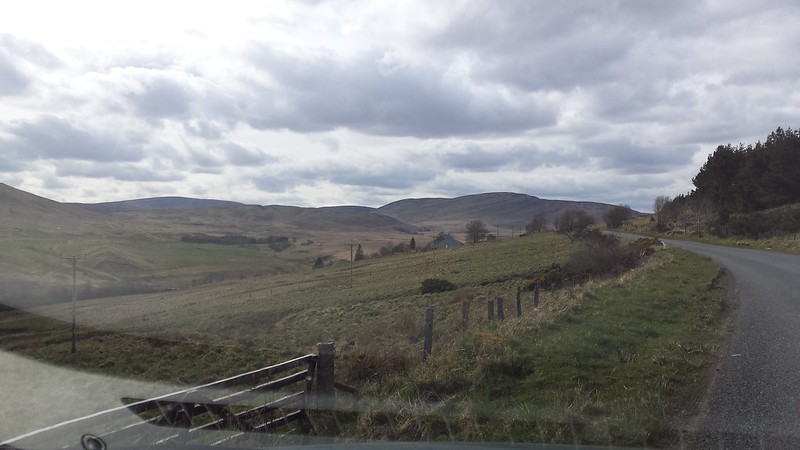 I was troubled by the accident but tried to put it to one side as I headed along the impromptu route towards Comrie. It would be five years later, writing this report, before I would finally get round to researching the incident. The motorcyclist suffered horrendous injuries but, to my overwhelming relief, he survived, eventually receiving a six-figure sum of compensation before the planned court case. 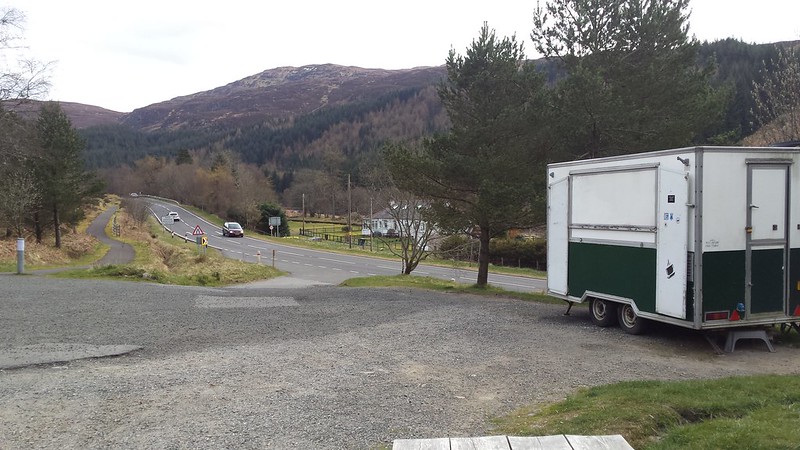 My sudden change of route led me to the Plan B of Meall Buidhe near Lochearnhead. I knew there was parking near the ubiquitous burger van halfway between Lochearnhead and Lix Toll, although it was closed when I got there. Probably just as well, as time was of the essence. 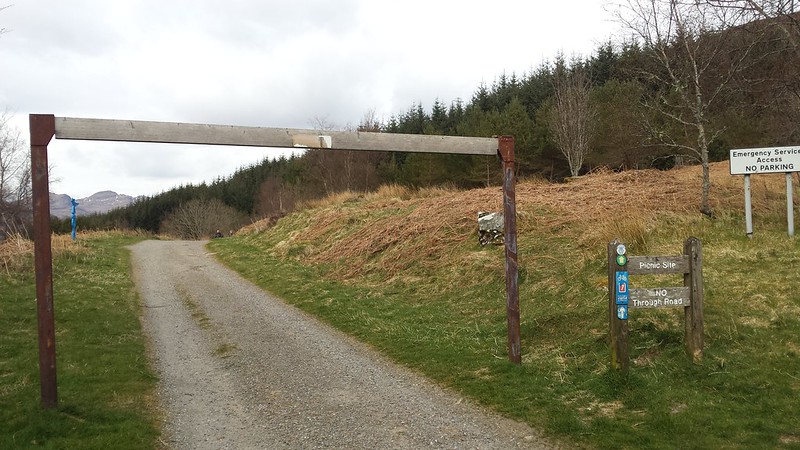 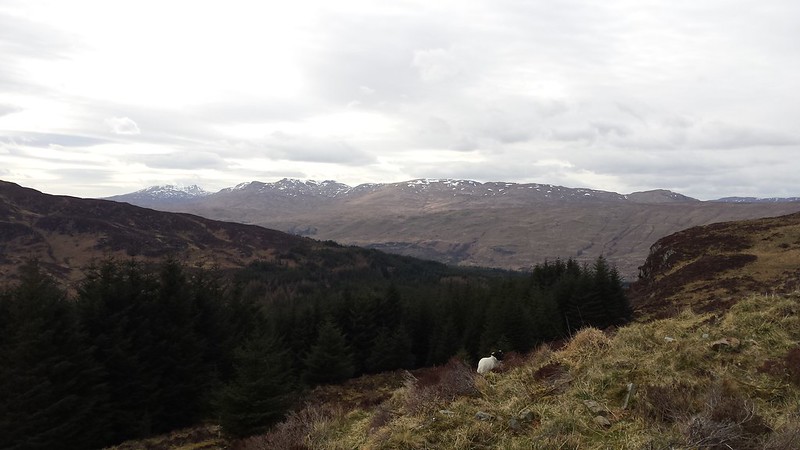 Views quickly began to open up to the North. 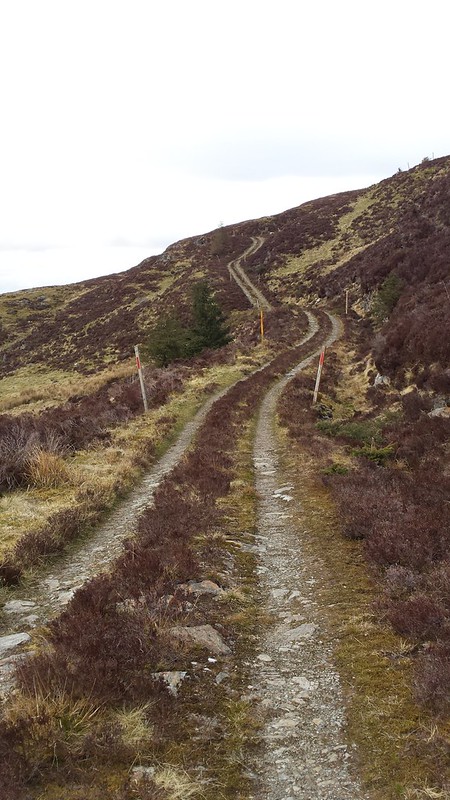 Progress was quick due to the great track heading up to the mast at 580m. 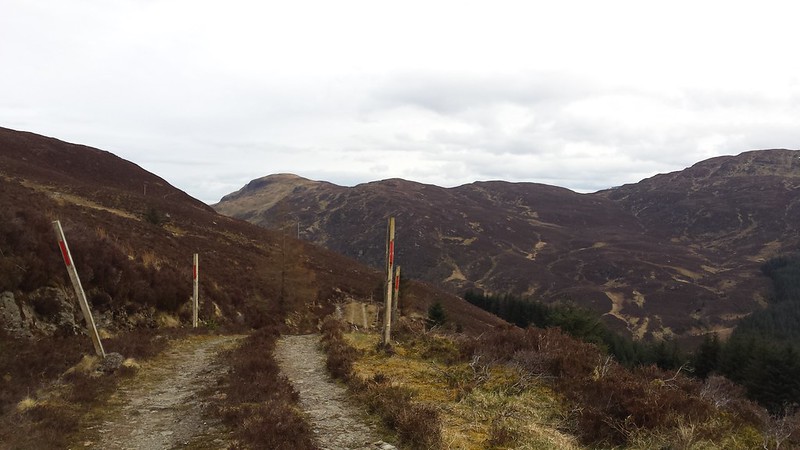 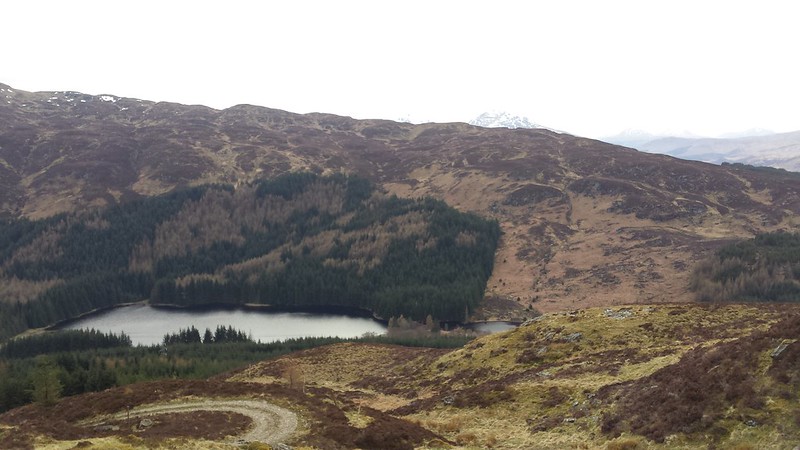 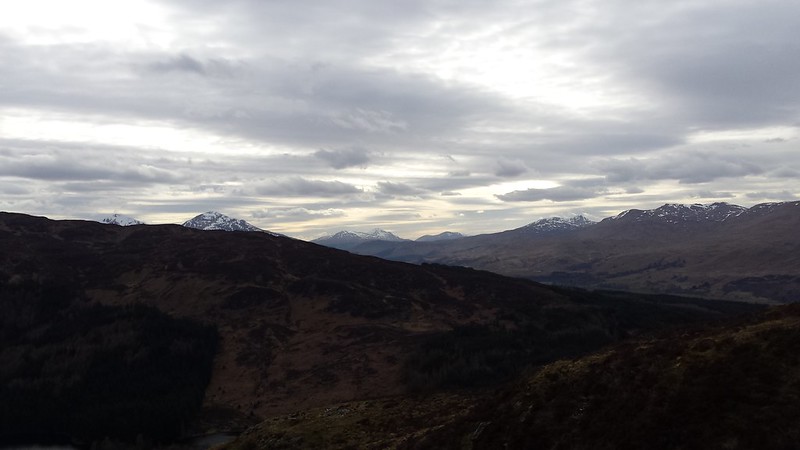 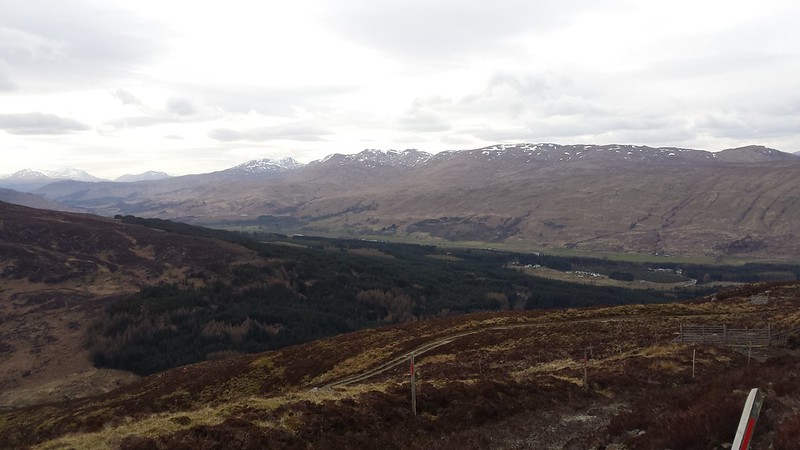 I took the shortcut track up to the right and through a gate, but this was rougher compared to the main track. 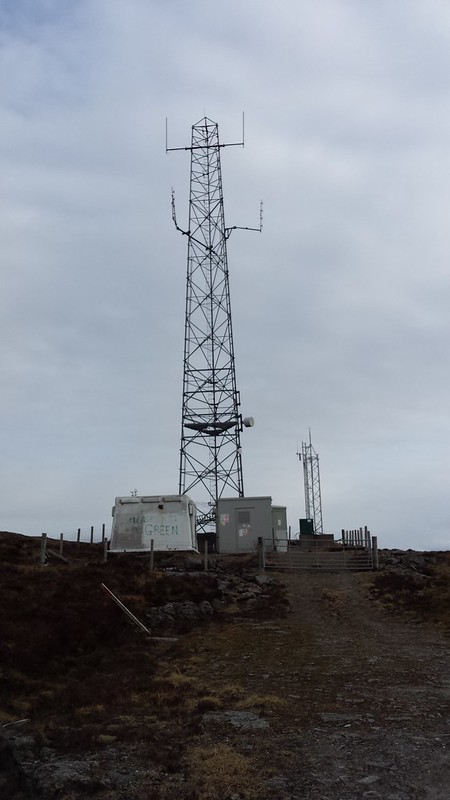 The mast was reached fairly quickly. 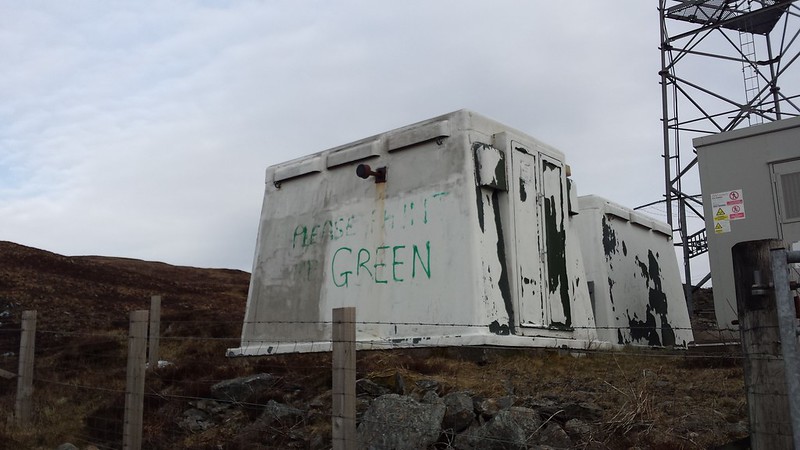 This is a good point tbf. 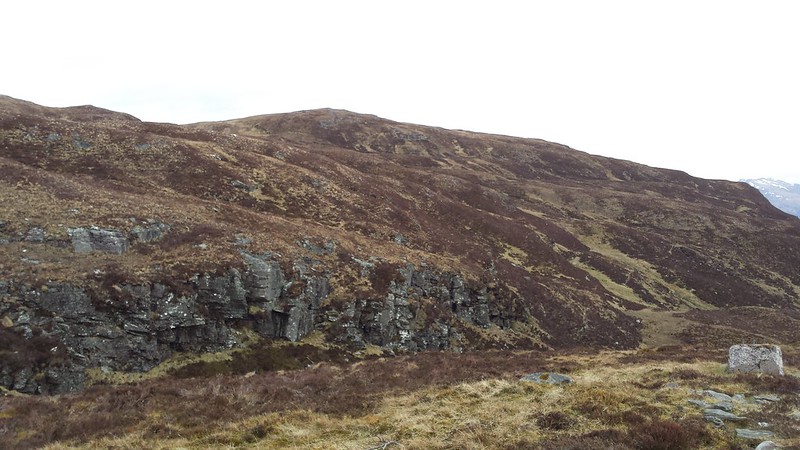 The route to the summit was clearly much rougher without the track, but most of the height had already been gained. By picking a straight-ish line and making sure to always gain height gradually, I headed towards the false summit ahead. 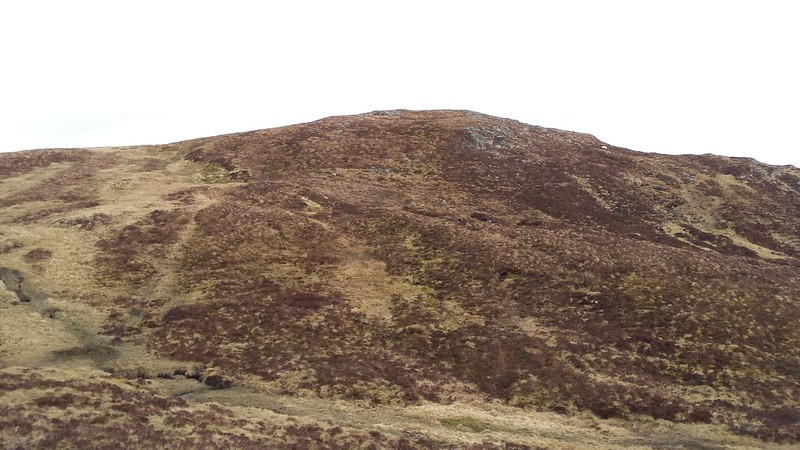 That wasn't so bad. One more push and over to the true summit. 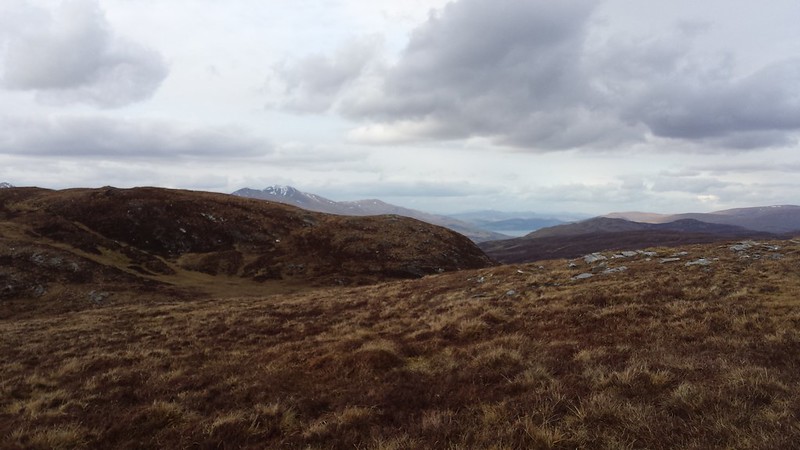 With Ben Lawers and Loch Tay appearing to the North-East, I received a call from my wife, asking when I would be picking her up. The baby shower was finished. Ah, the baby shower. Had kind of forgotten that. 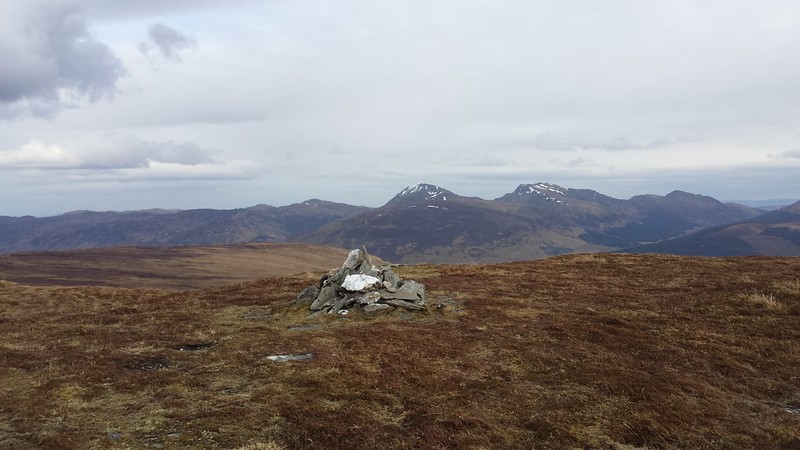 After a 'lively' phone call, during which I repeatedly re-iterated my intention to return to Glasgow as soon as possible, I powered over to the summit, only around five minutes away. 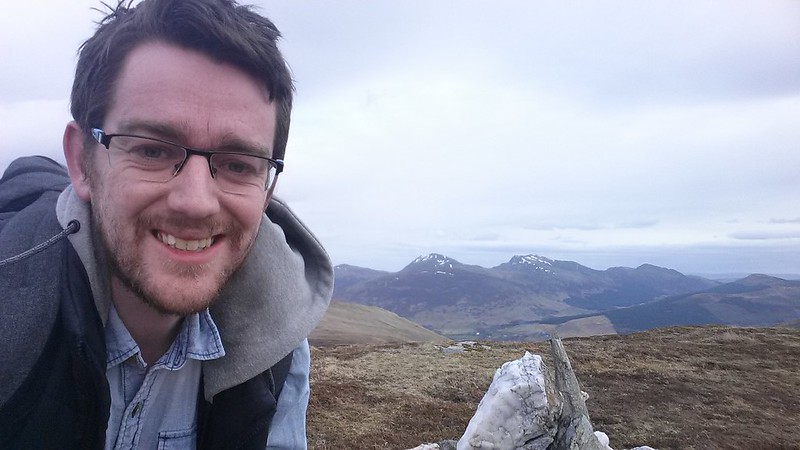 I'll be heading back, in erm a minute!! 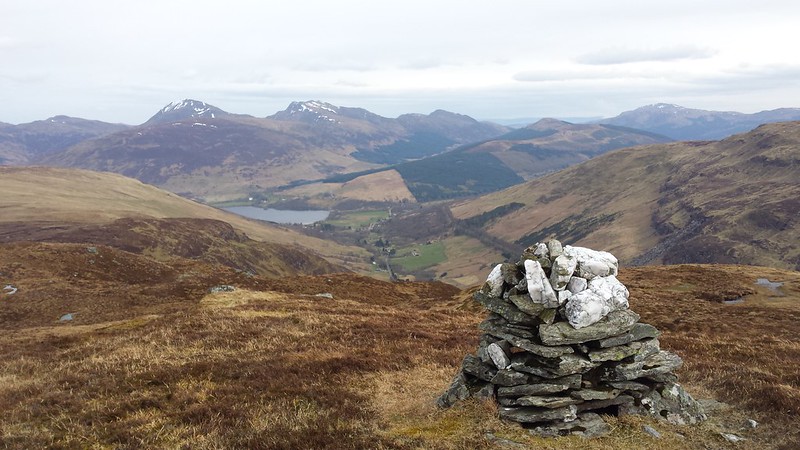 There's a bigger cairn just to the South, with a magnificent view of Loch Earn, Ben Vorlich and Stuc a' Chroin. The views all around were tremendous - it's in a interesting corner, with Ben More / Stob Binnein, Ben Lawers etc. all visible in a 360-degree arc. 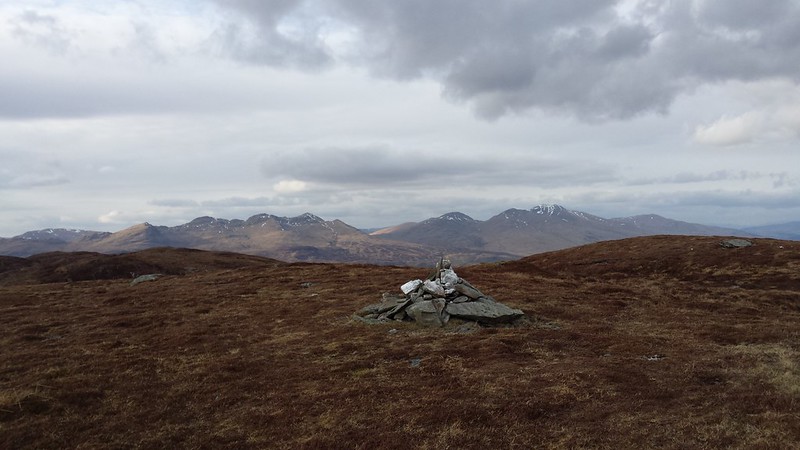 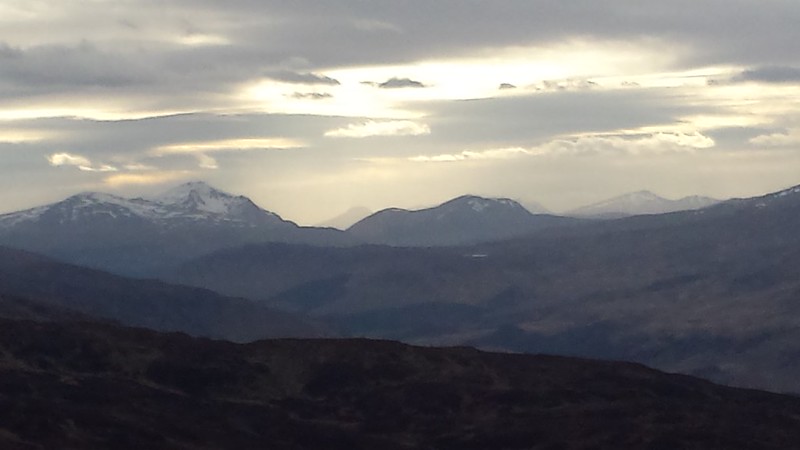 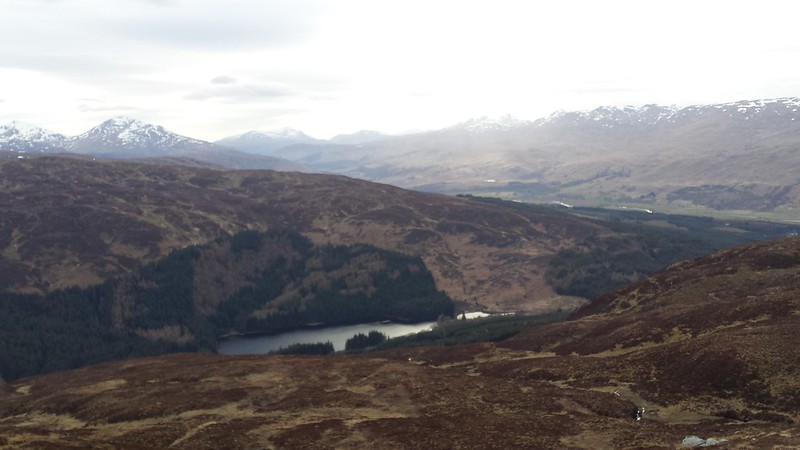 A few minutes later I was back at the mast, and headed down (omitting the shortcut track this time) on the main track to the A85. 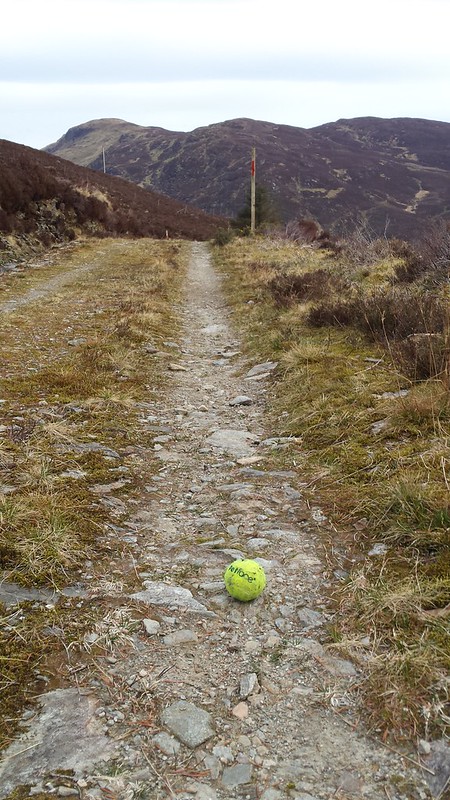 I returned home to find my wife already asleep, having given up waiting for me to return to the scene of the baby shower. There was only one logical course of action on this most random of days: I went across the road to the Merchant Chippie and got my first ever deep fried Mars bar. 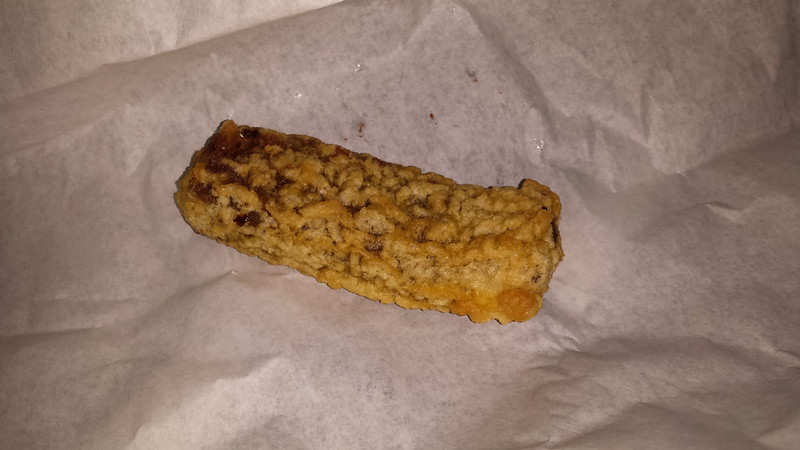 Verdict: 6/10. I understand the novelty value of it, but it's not actually that tasty and paying more than £2 for a single bit of chocolate dipped in oil is a tad pricey. Give me the view from Meall Buidhe to Loch Earn any day: that's priceless.