I must admit still being a bit wary of over-taxing my new knee so I am still choosing routes with a limited amount of the 'rough stuff' and a fair amount of track-walking. Hence today's route up Choinneachain Hill from the Turret Dam car park. I really enjoyed getting to this car park again after so many years - it was great to see the view along the loch to Ben Chonzie. The place was busy, even early on a Sunday morning. I set off for a short distance along the loch-side track before heading directly up the steep hillside to the east. I think that a few other walkers thought that I was heading 'the wrong way' but they didn't say anything. 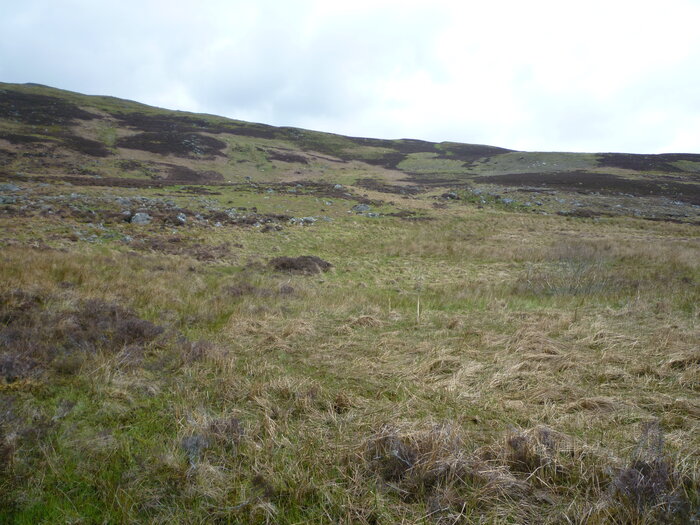 Heading up the hillside from the lochside track

It was a bit of a huff and puff up to the good track marked on the OS map which led virtually all the way to the summit. 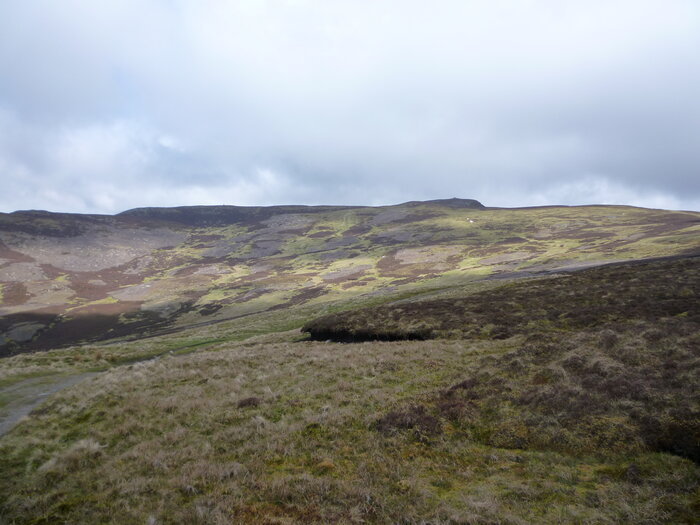 The distant cairn from the track

Further up, there were some great views of the Blue Craigs, more reminiscent of the Cairngorms than the Crieff area.

Once across Creag Chaisean there was a final steeper section and a worn path through the heather to reach the huge cairn, which had been visible for much of the walk. This, though, was not the summit - the 787m high point was a short distance to the NW across the usual peat hags and even some lingering snow. 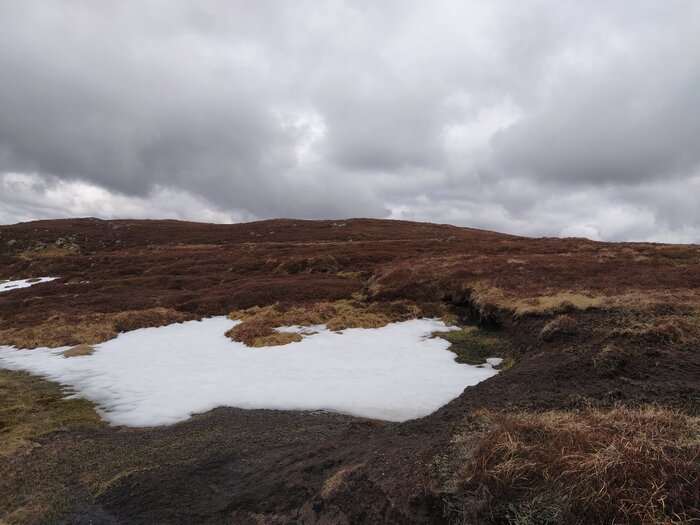 Looking over to the summit from the cairn

My original plan had been to do the circuit over Stonefield Hill but, as I sat enjoying my lunch, I knew that it would be best just to accept what I had done and not overdo things. There's always another day. So, feeling slightly disappointed, I headed off back down the route of ascent. When, I left the track and headed back down the steep heathery slopes, though, I knew that I had made the correct decision. I certainly don't want a knee-setback and I had enjoyed my day.