The weather forecast was good so I set off early to have a walk up this hill that I've had my eye on for some time. However, there was thick fog which didn't clear until Crieff, so the journey up was a bit slower that expected. Still, I parked at Amulree just before 9 and set off along the track towards Glen Fender. It was a good track leading to a bridge and then a tall style and finally to the estate road in the glen.

It was very pleasant walking up the glen in the early morning sunshine and I made good progress to the second-on-the-right track heading up the hillside. It got a bit steeper now so out came the poles but I gained height quickly (well, fairly quickly!) and soon reached Beinn Liath. Meall Dearg still looked a fair distance away but I knew from my research on Google Earth that there was an estate road most of the way to the hill. This made for a pleasant high-level stroll but there were plenty of ups and downs along the broad ridge. After a final steep ascent, I realised it was time to leave the track and head on to the 'rough stuff' to reach the summit trig. 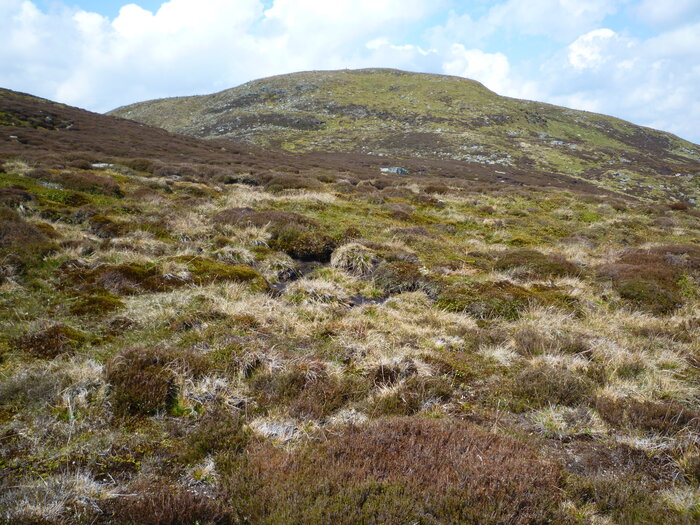 Leaving the track to head for the summit

There were some lovely wet peat hags to negotiate and plenty of heather and tussocks to test the ankles and knees before a final steep rise to reach the gleaming white trig. I t was quite hazy at this time so the views were good but not great but Farragon Hill and Schiehallion were fairly clear. 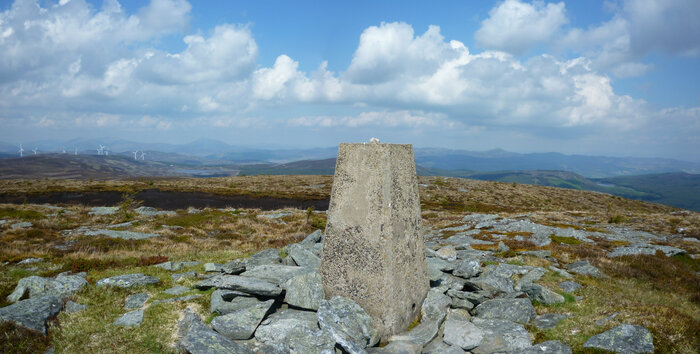 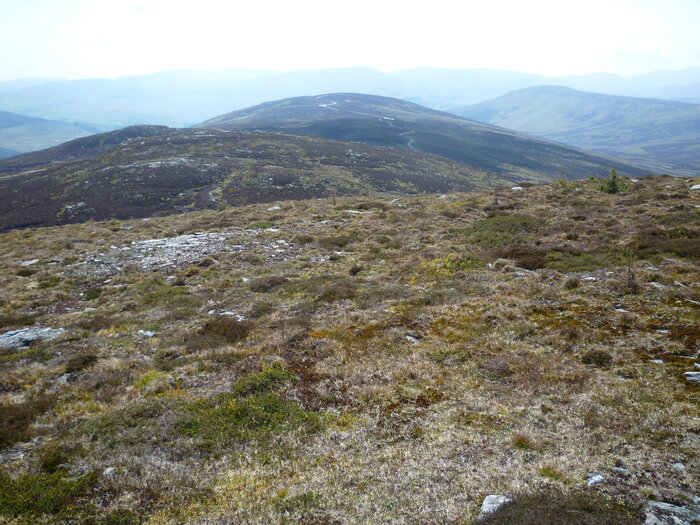 Looking back to Beinn Liath from the summit

After a bite to eat and sit to have a look around, I set off back down through the hags and heather to reach the track but if I was expecting a nice easy stroll out I was mistaken: there were a few too many ascents on the walk out for my liking - especially the last km or so from Glen Fender to Amulree which seemed to be all uphill - gentle uphill true enough but at the end of a fairly long walk, any uphill is a bit of a struggle, especially when one is building up hill-fitness. It was a relief, then, to get back to the car which I had parked in the shade of a tree and guzzle down a t least a litre of refreshing water.

Re: Meall Dearg from Amulree

That looks a far more interesting route than my starting point further north on the Aberfeldy road (just shy of the windfarm).