An easy day on Meall Blair

An easy day on Meall Blair


A very late start after a long day out the day before. We started from the Hydro Hut at Arcabhi, and followed the steep hydro track northwards - fine for an ascent but too many loose stones for an easy descent. Splendid views opened up westwards along Loch Arkaig. 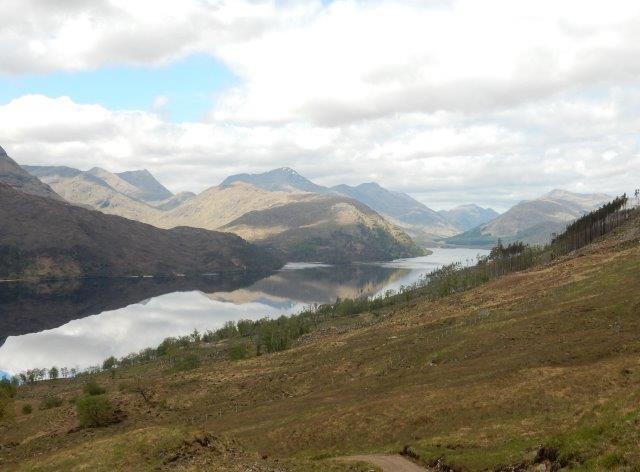 We found the track junction for the atv track going towards the summit but continued a bit further along the main track to see if we would get close to the loch (no, the track stopped at a dam nowhere near the loch). An atv track led onwards and we followed this, joining the other track after a while. This track led gradually upwards - although the summit was some way eastwards, it felt rather strange to be ascending slowly across the slope of the hill, and eventually we abandoned the track and headed up onto the ridge. The SMC guide suggests returning this way over the several minor tops, and this would make sense because the best views would be seen in this direction. However, we were pleased to be up, and meandered from top to top. At the summit, we sat and admired the views in all directions. 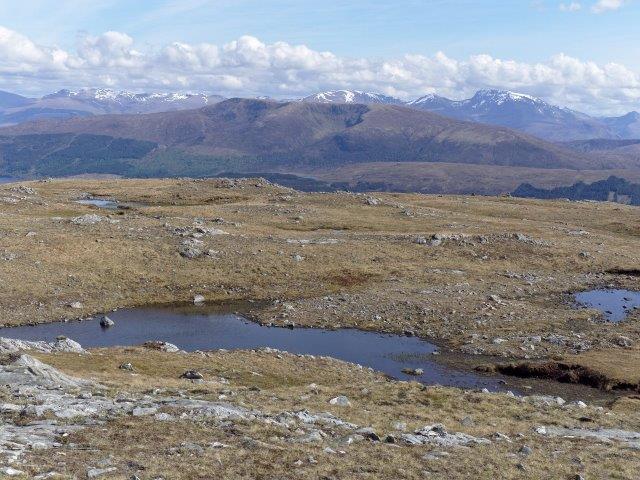 While we were sitting, we saw a golden plover and watched it feeding in one of the small pools around the summit.
Finally we returned across the hillside, after a while encountering the atv track which we followed back to the start.
Here is our very approximate route