Dawn and sunrise on Glen Affric 5

Dawn and sunrise on Glen Affric 5


Parked and paid the fee at the Loch Affric car park and set off to the hills at 1am. I decided to combine 2 walks together and do it counter clockwise to have the rising sun behind me.
I started with the road, then turned left by the Chisholme Bridge. The track is easy and it was light enough I didn't need the torch yet. Before Allt a Choire Odhair there is some kind of building (hydro?), couldn't really see in the dark, the track ends, a path starts, but that soon disappears into a swamp. I don't know for how long does it go, because luckily I soon turned right and started going up to Toll Creagach's summit. Pathless, grass and heather covered slope. Reached the top at 4am, still before the sunrise, but there was some nice view opening. 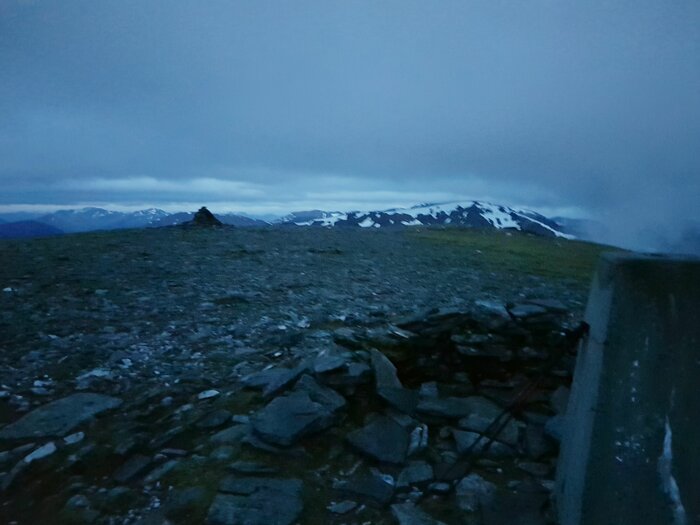 Then a nice path and simple way down to the Bealach Toll Easa and a steep way up to Tom a Choinnich. It was 5am and by then I was witnessing a cloudy, but beautiful sunrise. 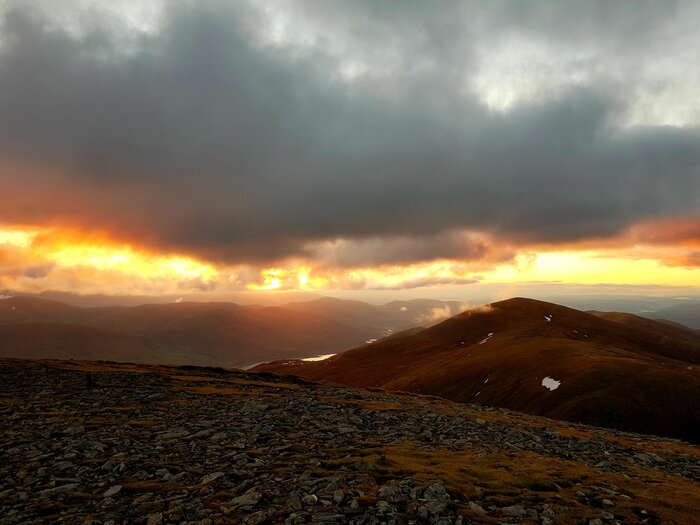 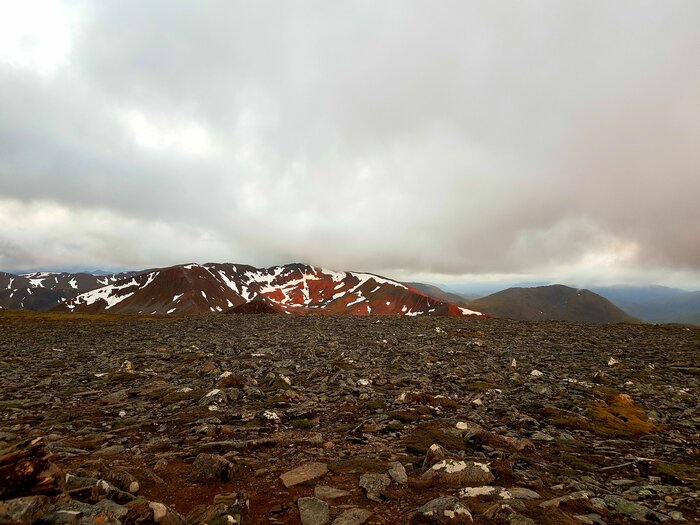 Because of the cold wind I had to keep moving, so next stage was Tom a Choinnich Beag and then I wanted to be cheeky and save 50m by bypassing An Leth Chreag. It was a mistake, don't do it. The terrain on the north side is initially fine, but then it gets more rocky and steep, so I was really glad to rejoin with the proper path and soon going steeply again up the Sron Garbh. Then there is some nice ridge walk, narrow and rocky and finally onto a wide plateau just before the final push on the Carn Eighe. 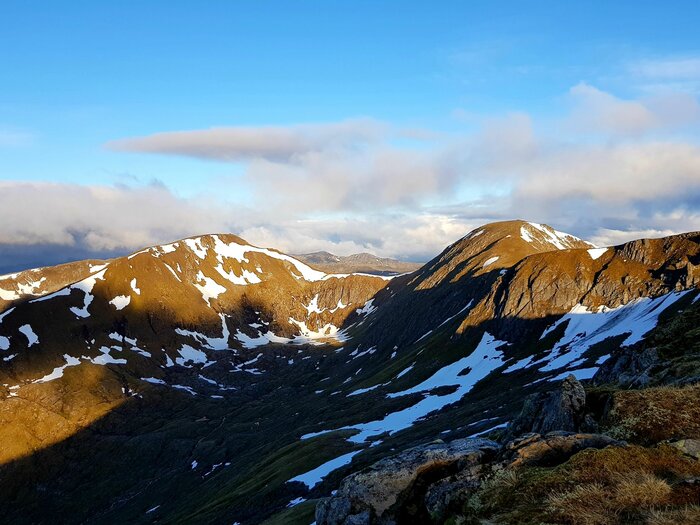 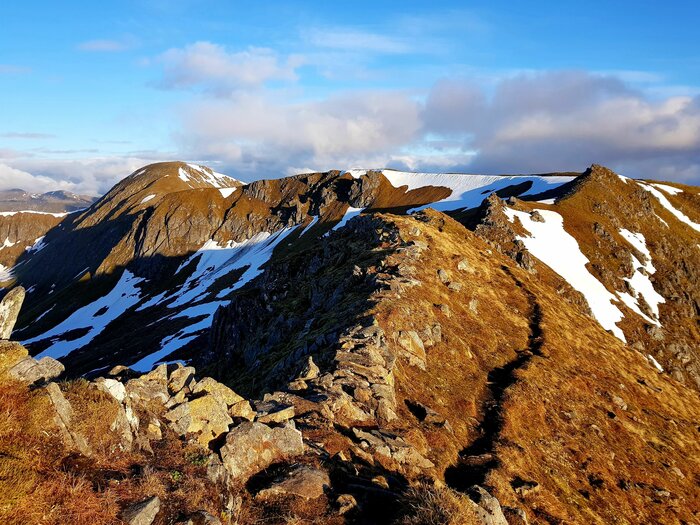 Nice views all round, could see the 4 Mullardoch hills, which I climbed 2 weeks earlier, covered in clouds and also my next target Beinn Fhionnlaidh. 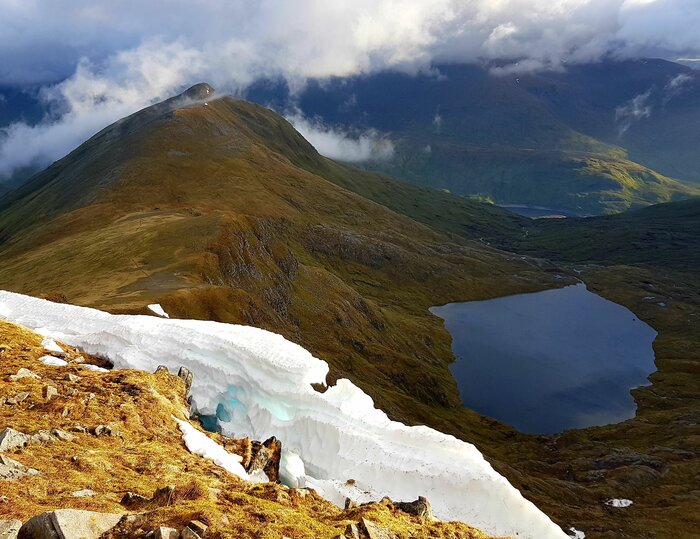 There is a substantial drop between the hills, but after leaving my backpack behind it was quite easy going. Got to the 4th hill of the day by 7.30am. Loch Mullardoch through the clouds

Beinn Fhionnlaidh was partly covered in cloud, so I started the descend and reascend to get back to my bag, get some water and off to bypassing Carn Eighe to get to the last hill of the day, Mam Sodhail.
Reached the top just after 9am where I met the weirdest cairn I've seen so far. Looks like a huge windshelter, but couldn't find any access I climbed up and actually found a wee place to sit in. Great place, great views, but I was knackered already and eventually forgot to take pictures.
My original plan was to take the east arm and tackle Sgurr na Lapaich as well by the way, but because of the cold wind and sore heels I decided to go down the path by the Allt Coire Leachavie. The path is good, though the top half of it is very wet. Then joined the main track along the loch and 6km walk back to the, full by now, car park.

loch affric.gpx Open full screen  NB: Walkhighlands is not responsible for the accuracy of gpx files in users posts