Geal Chàrn, Monadhliath090621.gpx Open full screen  NB: Walkhighlands is not responsible for the accuracy of gpx files in users posts

An relatively straight forward day, not quite as exciting the Loch Quoich hills last week, but enjoyable none the less. The Laggan area is beautiful and probably deserves to be visited by me more.

I arrived at the bridge to be greeted by a herd of red deer, which seemed fairly indifferent to me. Following the path a long the side of the river, I soon struck up the hill to reach the ridge, disturbing a couple of grouse on the way. It felt like a quite a long walk along stony ridge in the clag, with poor visibility, but going was easy. On reaching the ENORMOUS summit cairn, I quickly turned round and descended via the same route. Losing elevation, the clouds disappeared to reveal some grand views of the glen and the surrounding hills.

On reaching the bridge, I used to ford to cross so as to wash my boots, a convenient feature all hills should have.

A decent wee hill, probably worth doing after a spell of dry weather as I imagine the path would be very boggy otherwise. 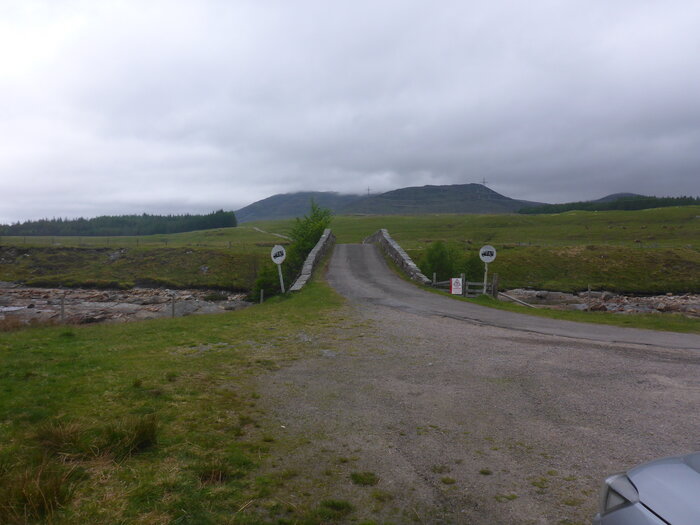