I was sitting one evening perusing some maps, thinking about future outings - we all do it I'm sure - when, on OS 43, I came across Crungie Dubh and Crungie Clach. Wonderfully weird names, I thought. I determined next time I was in that area I would ignore the usual higher hills and have a walk up these two.
So, having been up Turkey Hill last week (I must be developing a 'thing' for strangely named hills), I was in the Pitlochry area so I drove along the A924 to park in a good-sized gravel pull-in on the south side of the road between Dalnavaid and Clunskea. I walked back along the road a short distance and headed up to Stronhavie and found the start of the track heading west below Stronhavie Crag before turning north up a shallow corrie before reaching more open moorland. Crungie Dubh came into view, looking like quite a craggy wee hill. 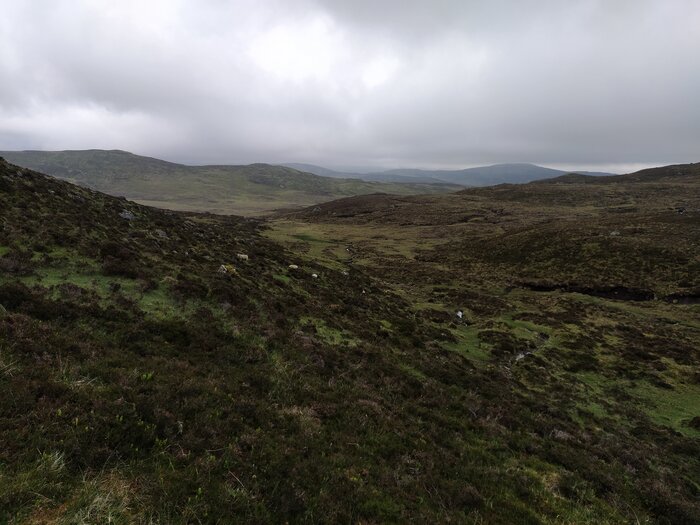 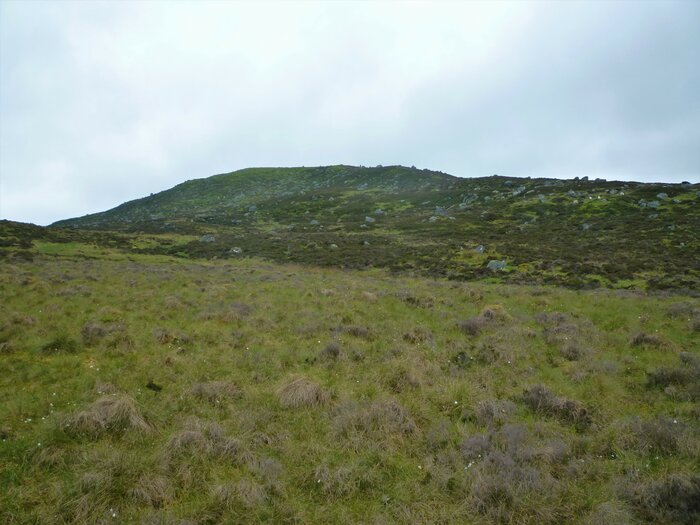