Back in the Highlands at last.

Back in the Highlands at last.


It seemed like ages (and I suppose it was) since we'd been able to get out into the mountains, especially the Highlands, so we were looking forward to our holiday in Roybridge.

When things were looking more and more likely and restrictions were being lifted I started planning days out in the mountains, nothing too strenuous to begin with but something that would get us out in the wilds so we could appreciate the feeling of freedom we get from the mountains.

I chose Binnein Shuas for our first day in the hills, we'd liked the look of it when we were sat on the summit of Creag Pitridh a couple of years ago and, after a bit of research on WH, found that it was a good little mountain to do and if we felt up to it we could include Binnein Shios as well.

Everything went in our favour so it was off to Scotland, Binnein Shuas here we come

The forecast for Sunday looked really good so we decided to set off mid morning after a lazy breakfast and just enjoy getting out in good weather and decide how far to go as we went along.

We set off on the track from the parking layby on the A86 NN429830 the weather was good, the view better 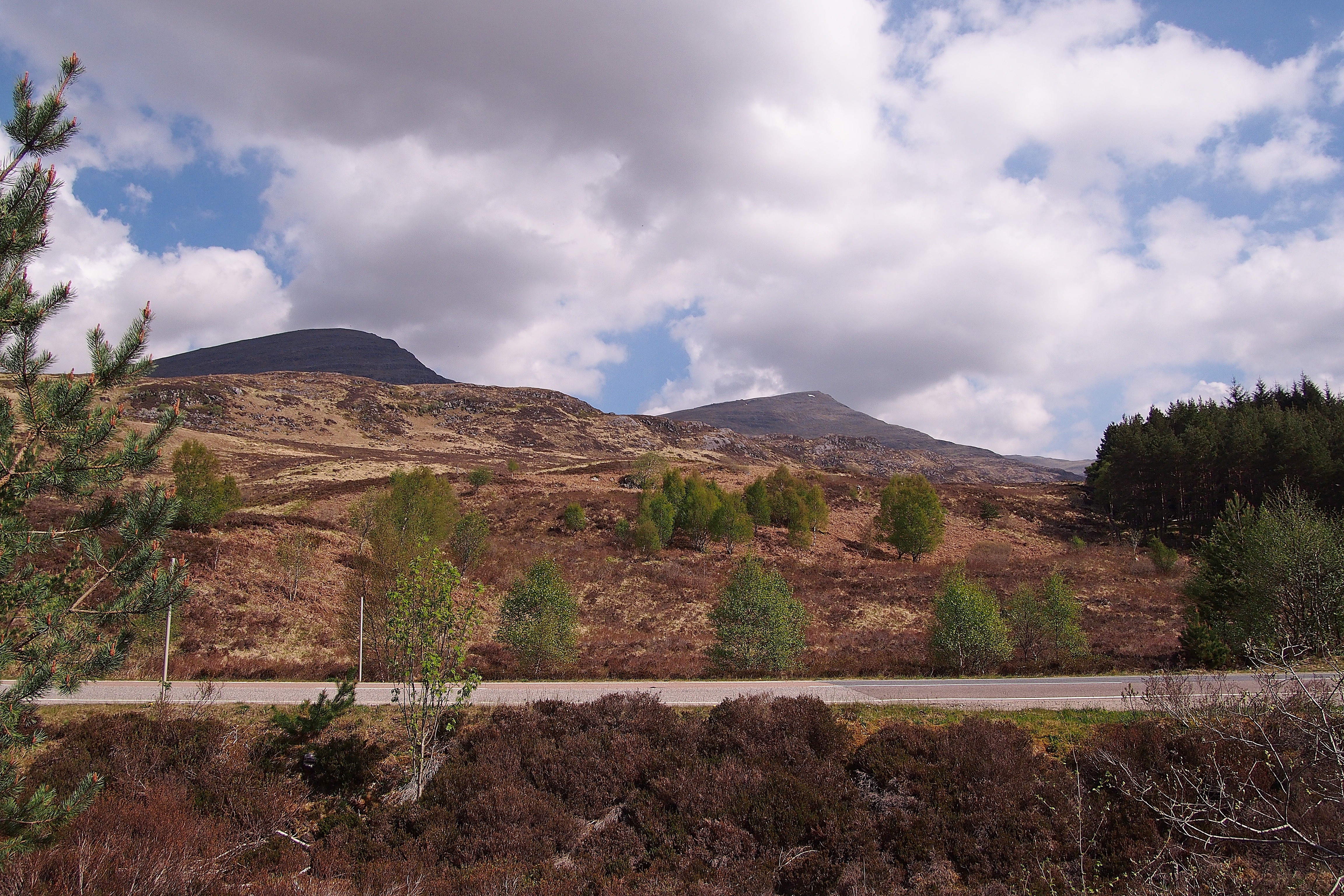 Lupin forest by the track 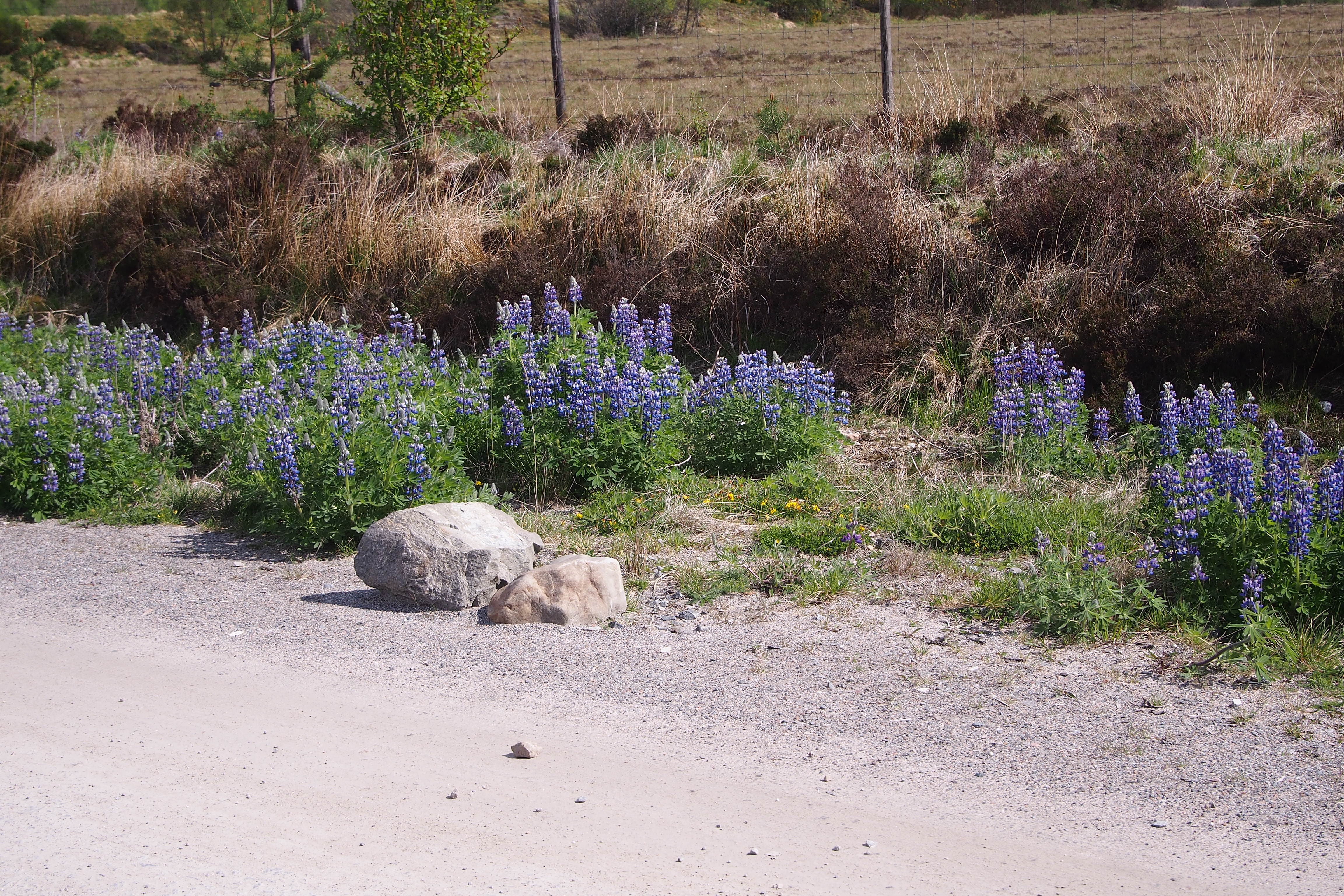 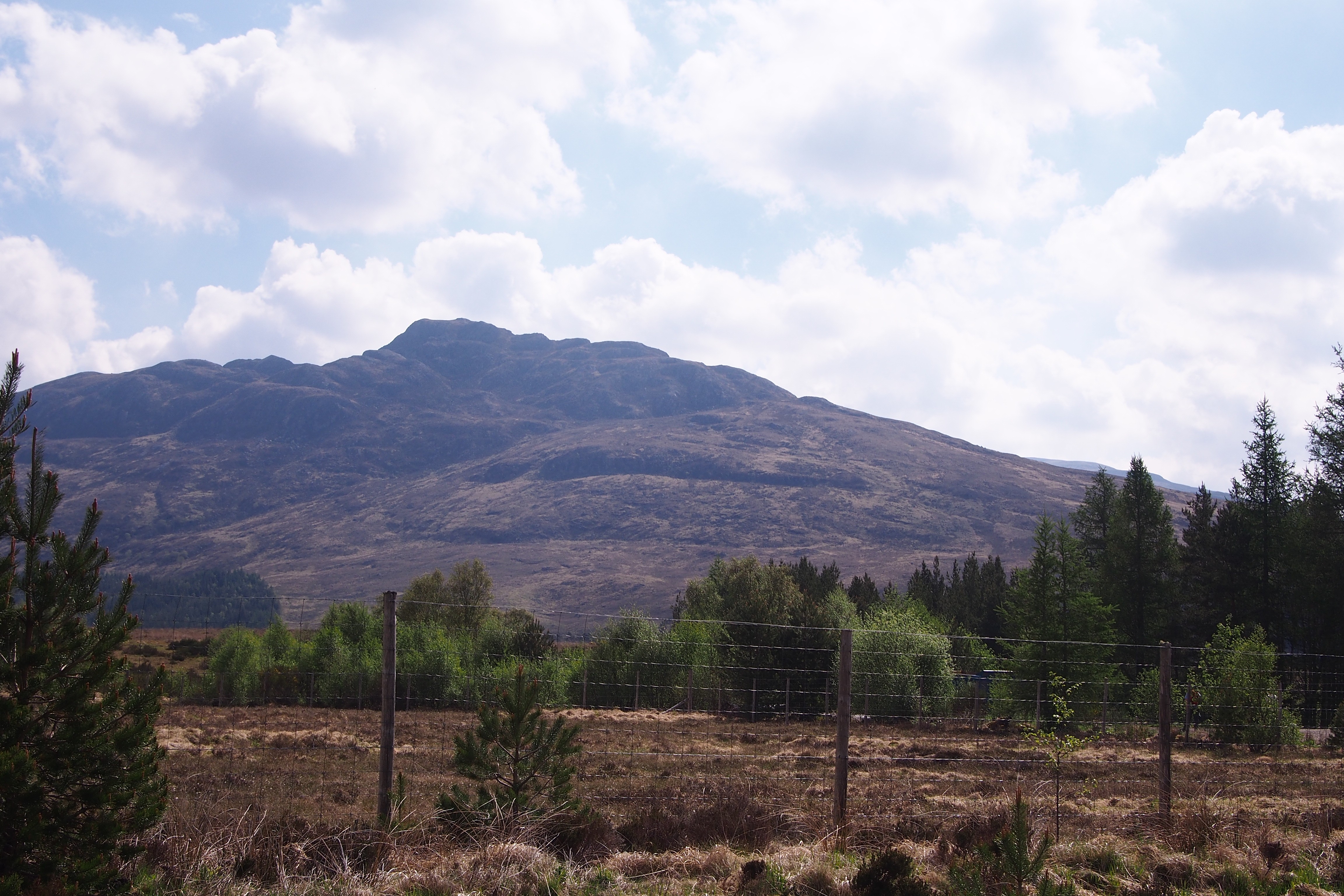 Louise our daughter was with us, she wanted to get to the beach on Lochan na h-Earba to take photos of the mountains and surrounding area, she's not a mountain walker but enjoys getting into the wilds so we arranged to meet up with her at the lochan when we'd finished our little excursion. 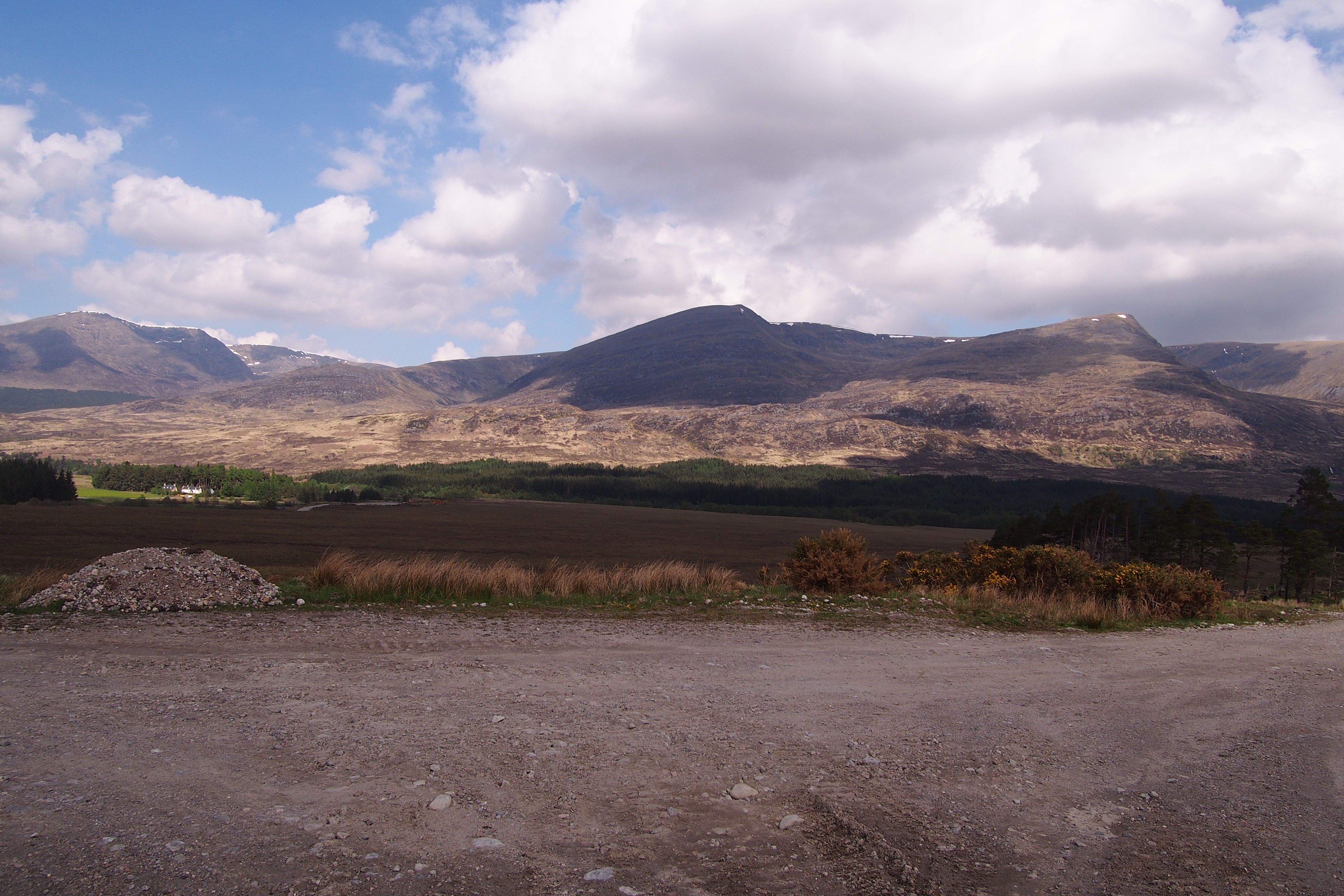 Denise and I left Louise at around NN446812 and took a direct line towards the summit. 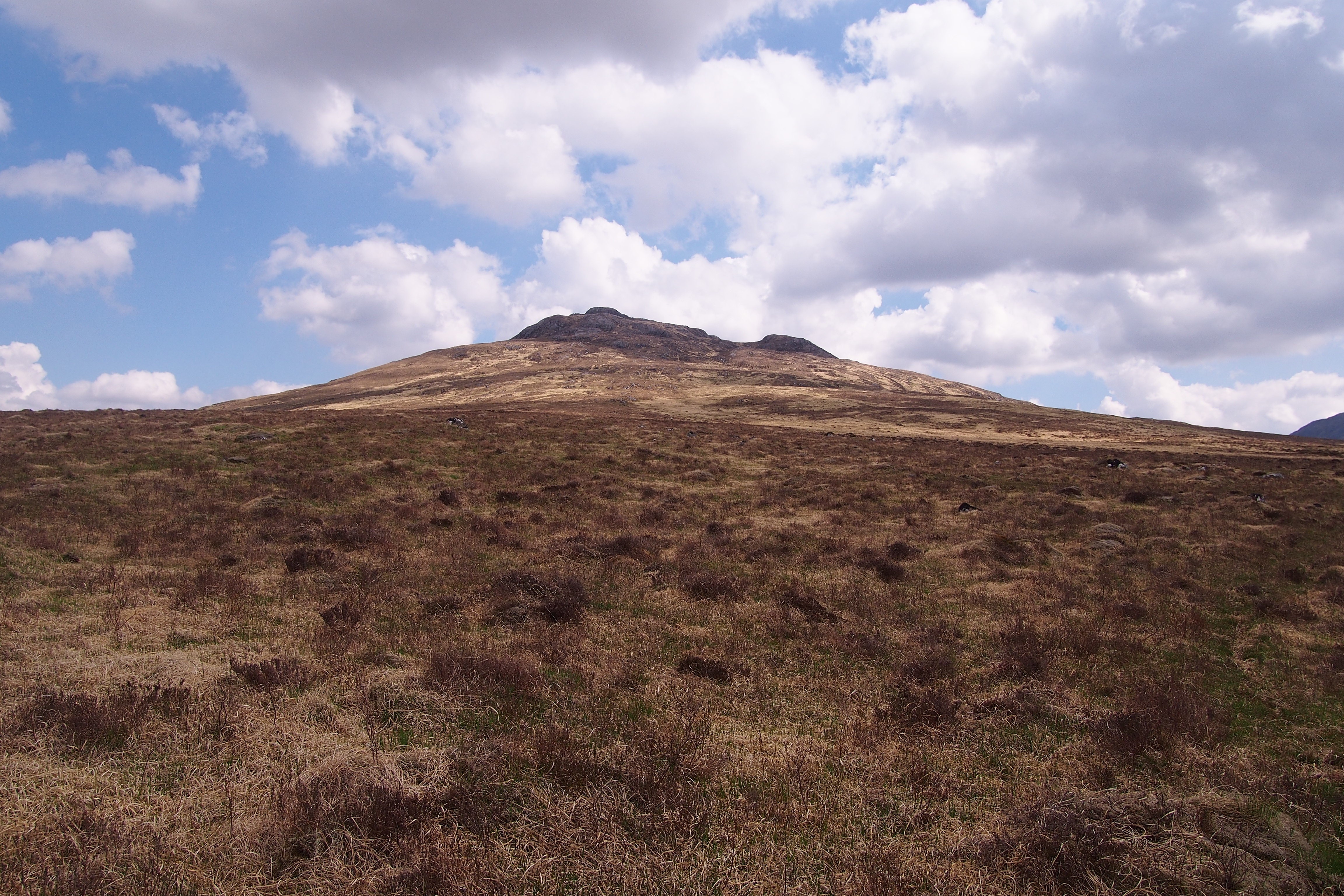 It was great to be out in the Scottish hills again, we took our time, the ascent was pathless over grassy tussocks, we were lucky, none of it was wet so no bog hopping, it was a bit tiring so we enjoyed a few view and photo stops.

As we got nearer the top there were a few intermittent craggy bits to negotiate, all by-passable, if we'd been a bit more adventurous we'd have had a go at a bit of easy scrambling on our way to the summit, our creaky legs wouldn't allow that today so we chickened out

Just over an hour after leaving Louise we were at the summit and were treated to some great views. 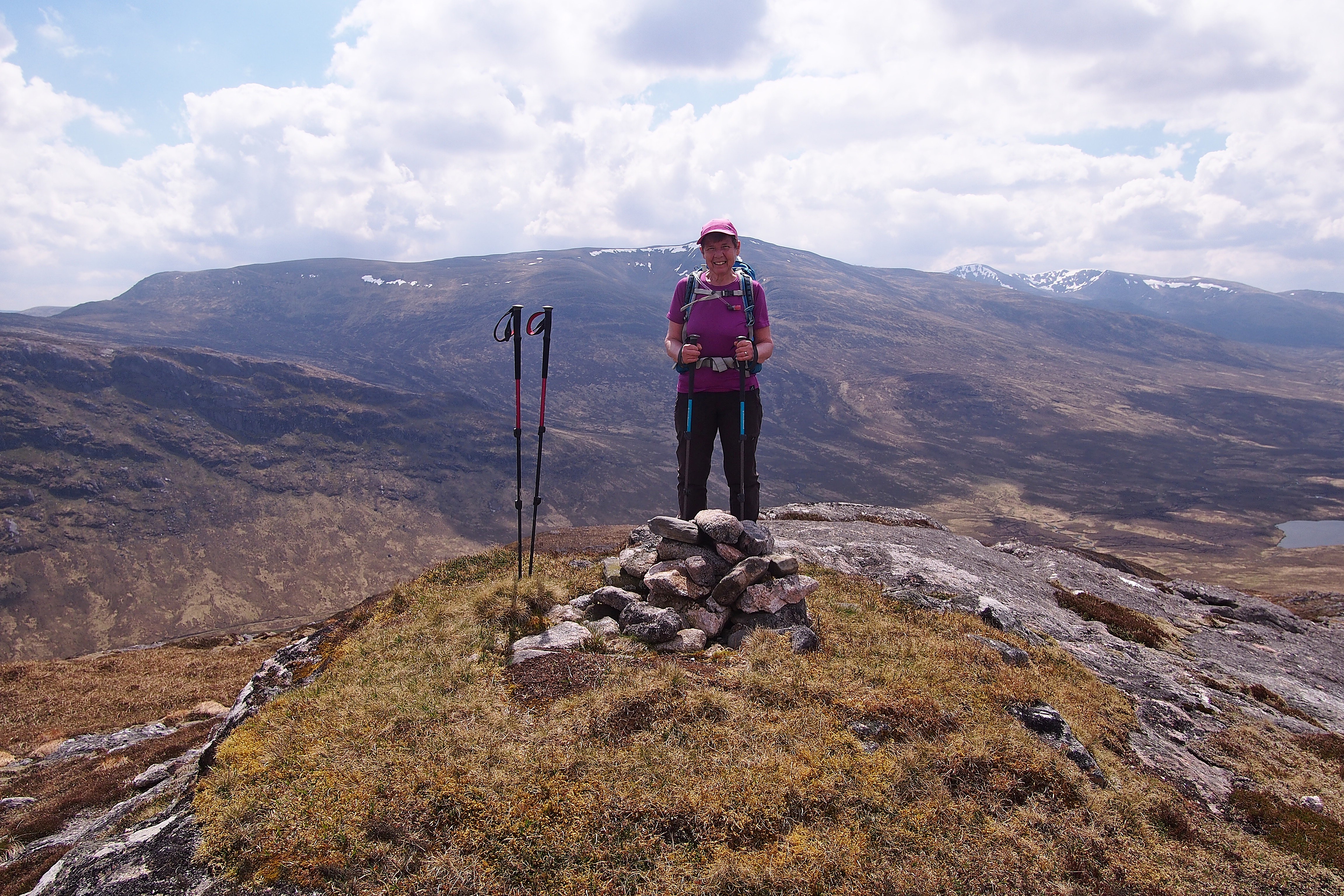 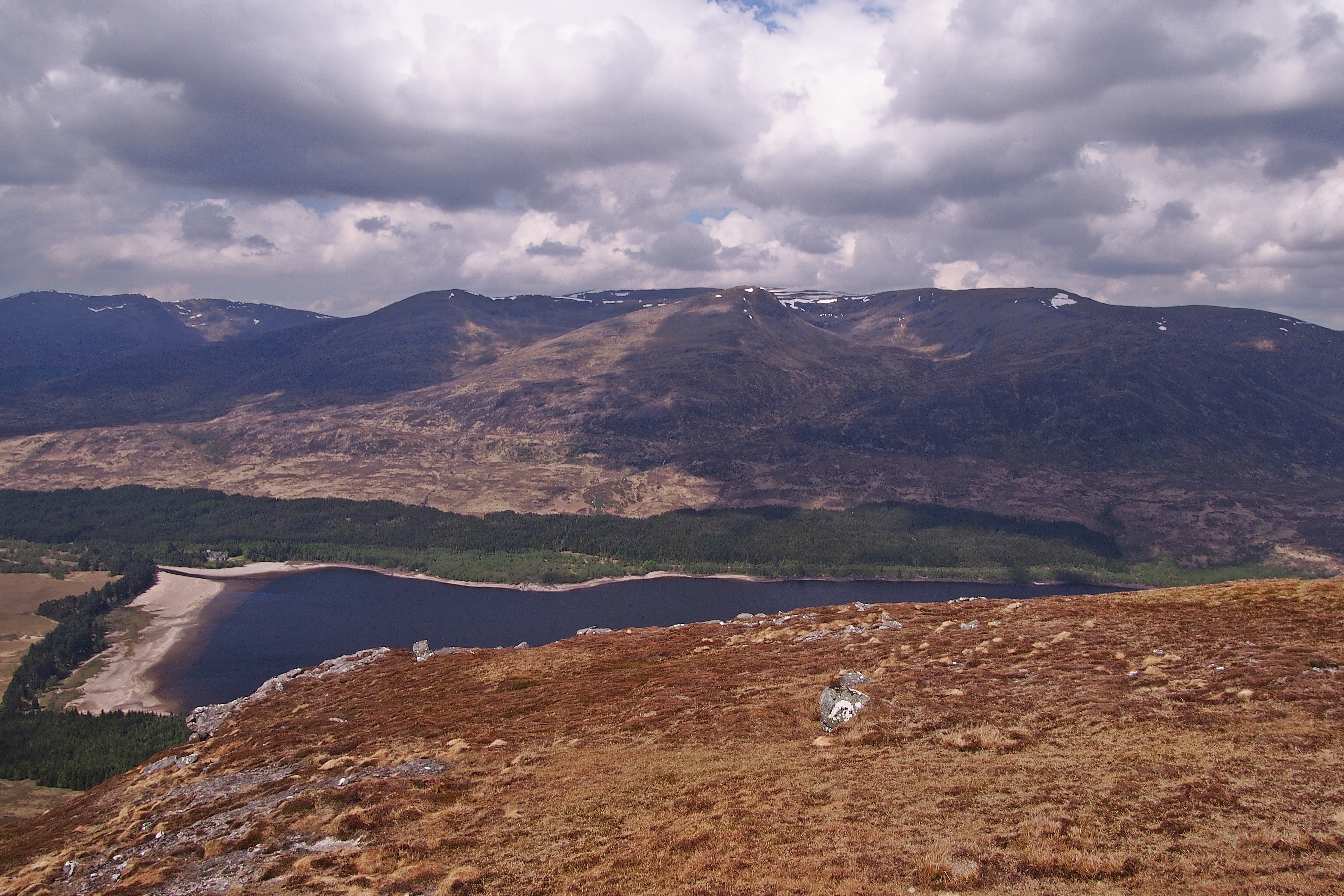 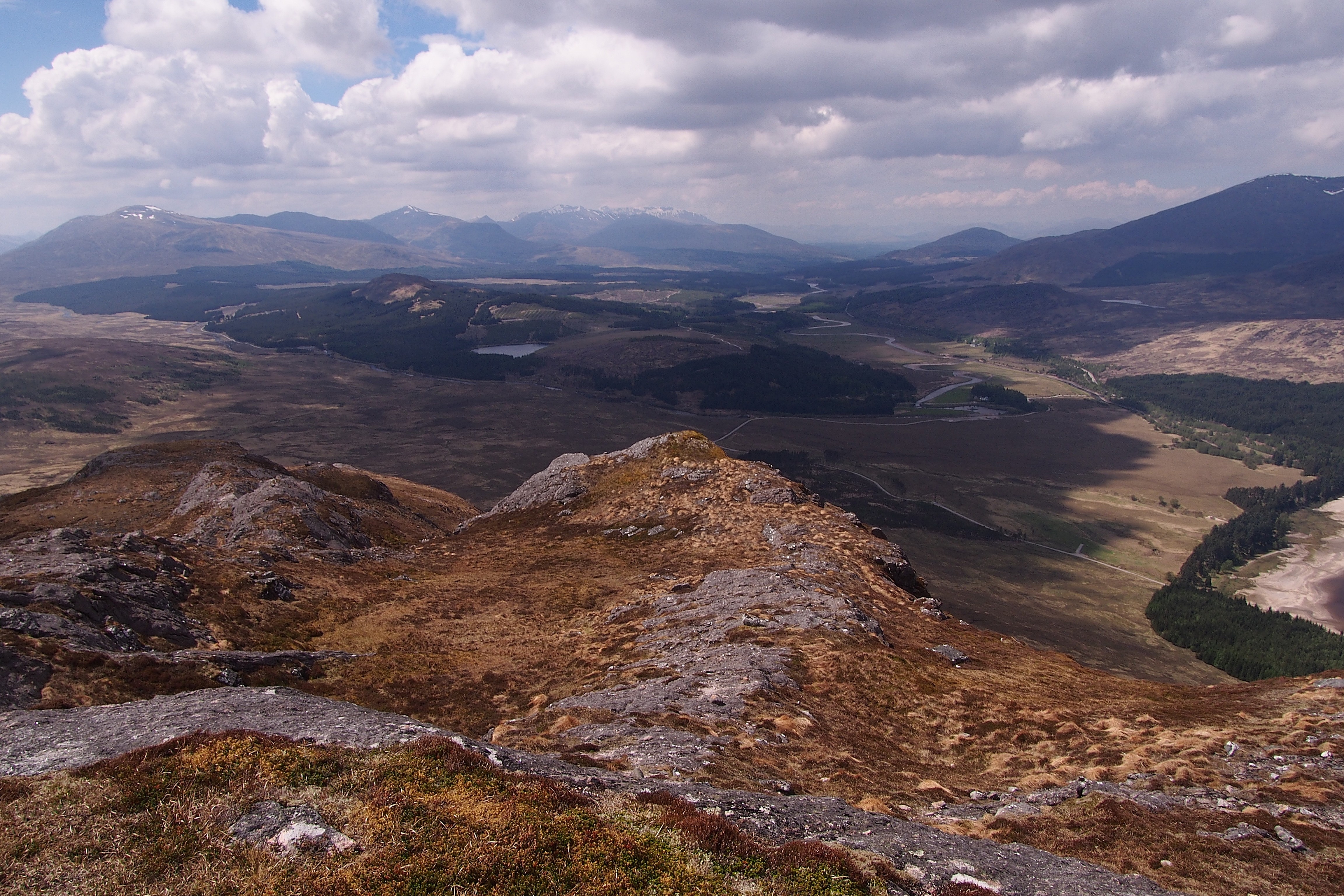 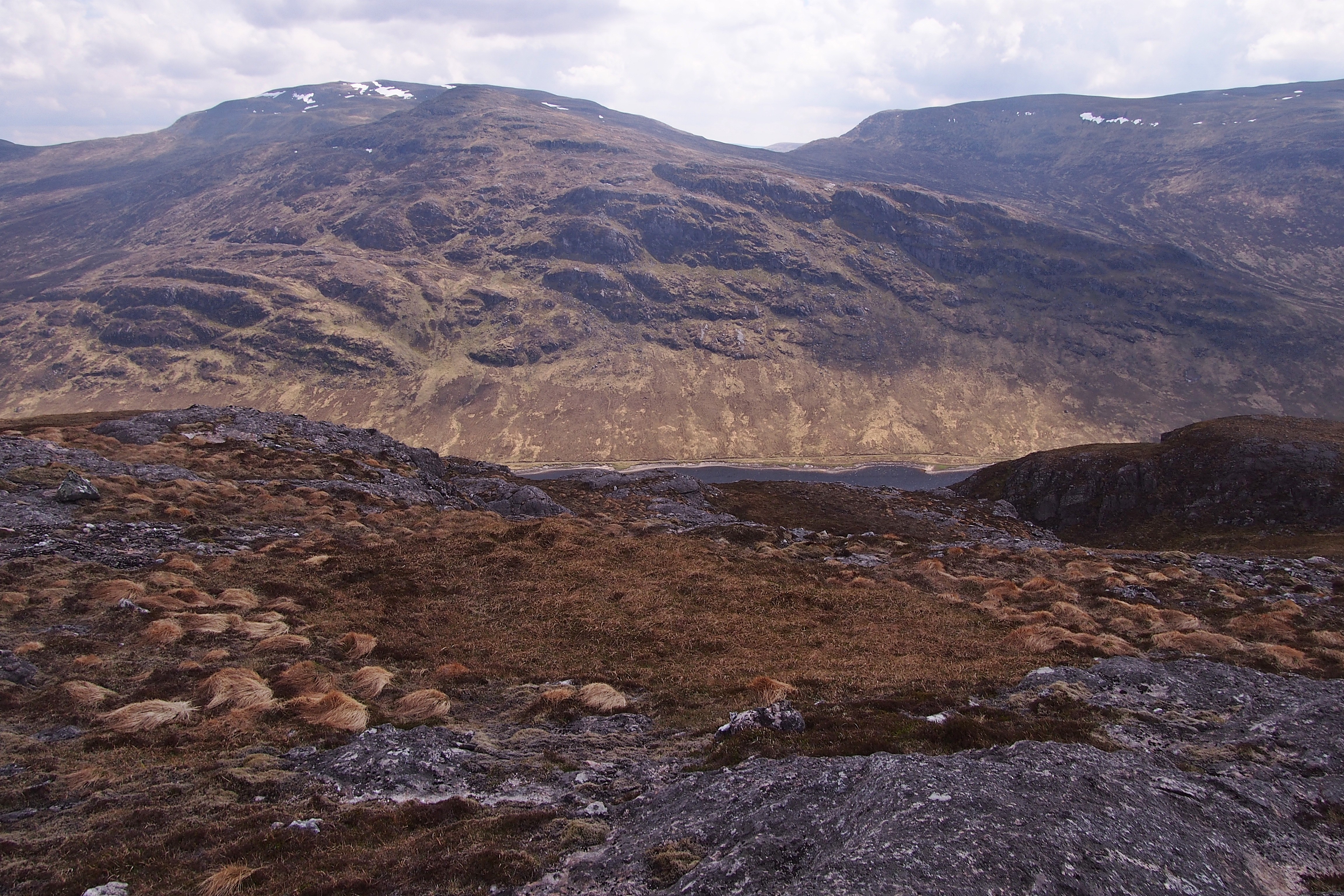 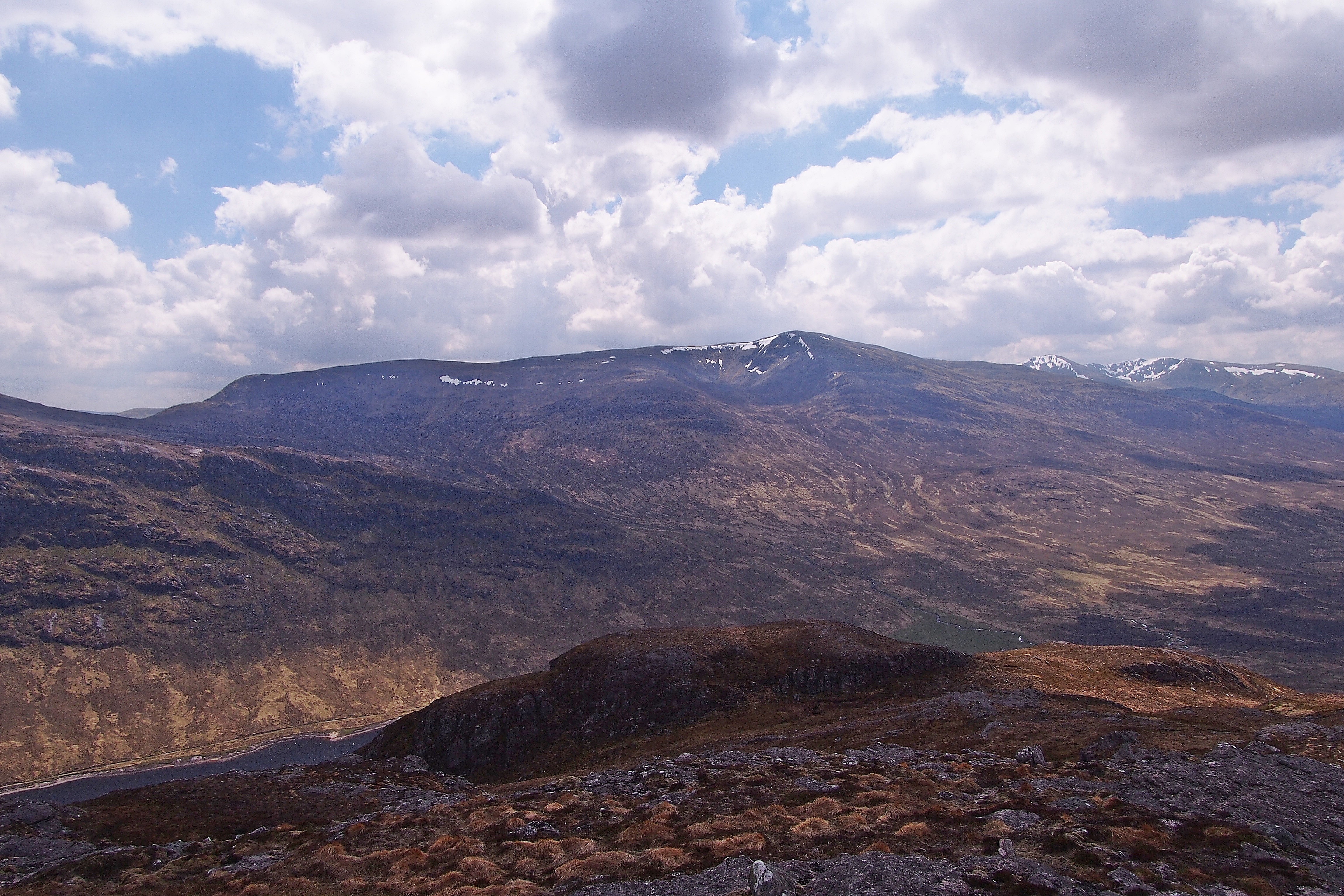 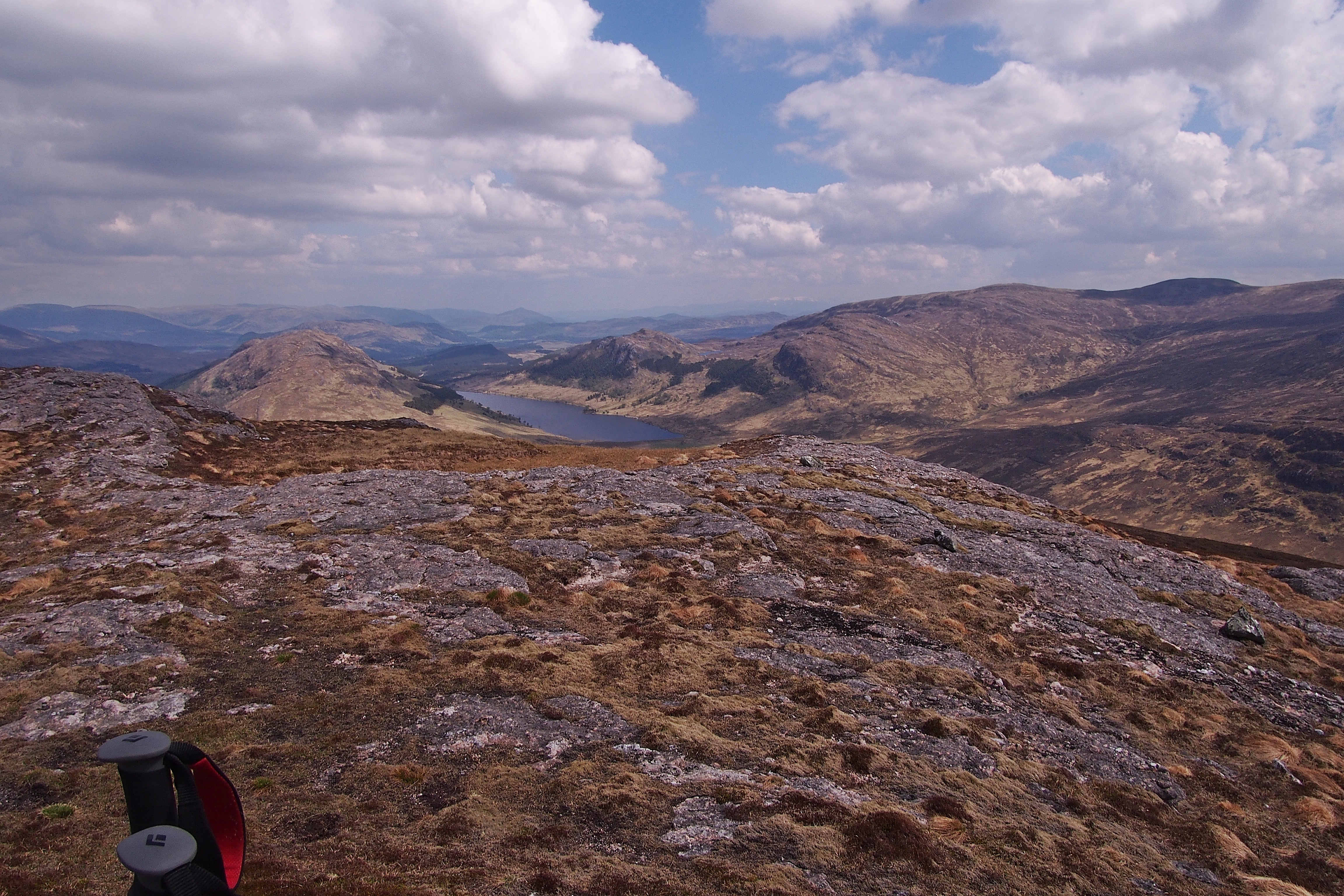 We spent a while on the top, we had lunch and started planning what we'd do over the next few days.

We looked at Binnien Shios, should we have a go? mmm looks a bit of a trek, lets save our legs for tomorrow, was the conclusion, we'd planned a trip up Gulvain so didn't want to push our legs too far 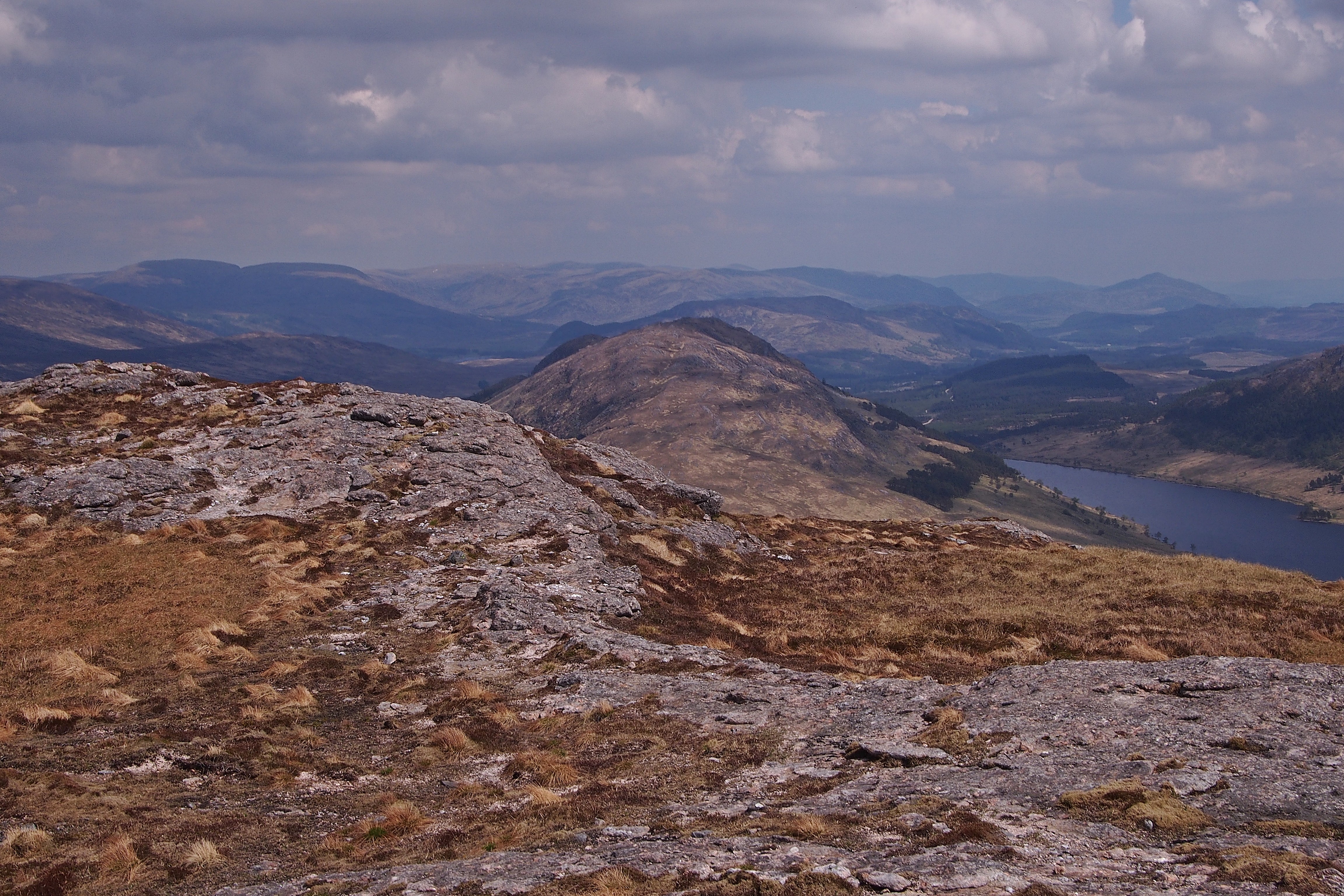 From the summit we headed slightly left of our route of ascent to get a better view of Lochan na h-Earba, looking at the map, once clear of the craggy bits we could descend more directly to the Lochan, this worked well, as we got lower we could see the bridge by the beaches so headed for the track leading to it.

Arriving at the beach 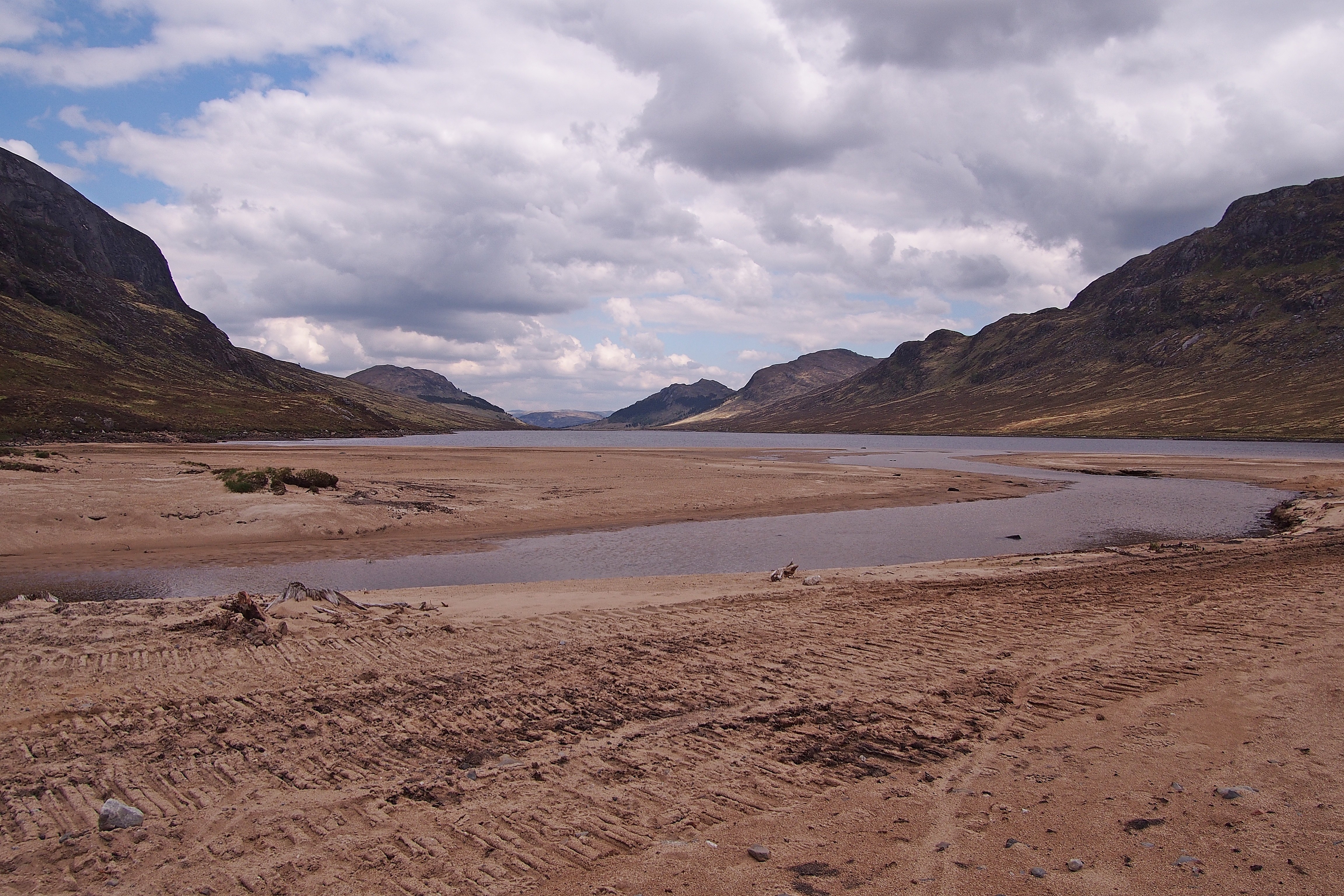 we gave Louise a quick call to see where she was and found her to be hunkered down having lunch just a 100 yds away from us so we wandered over to join her. 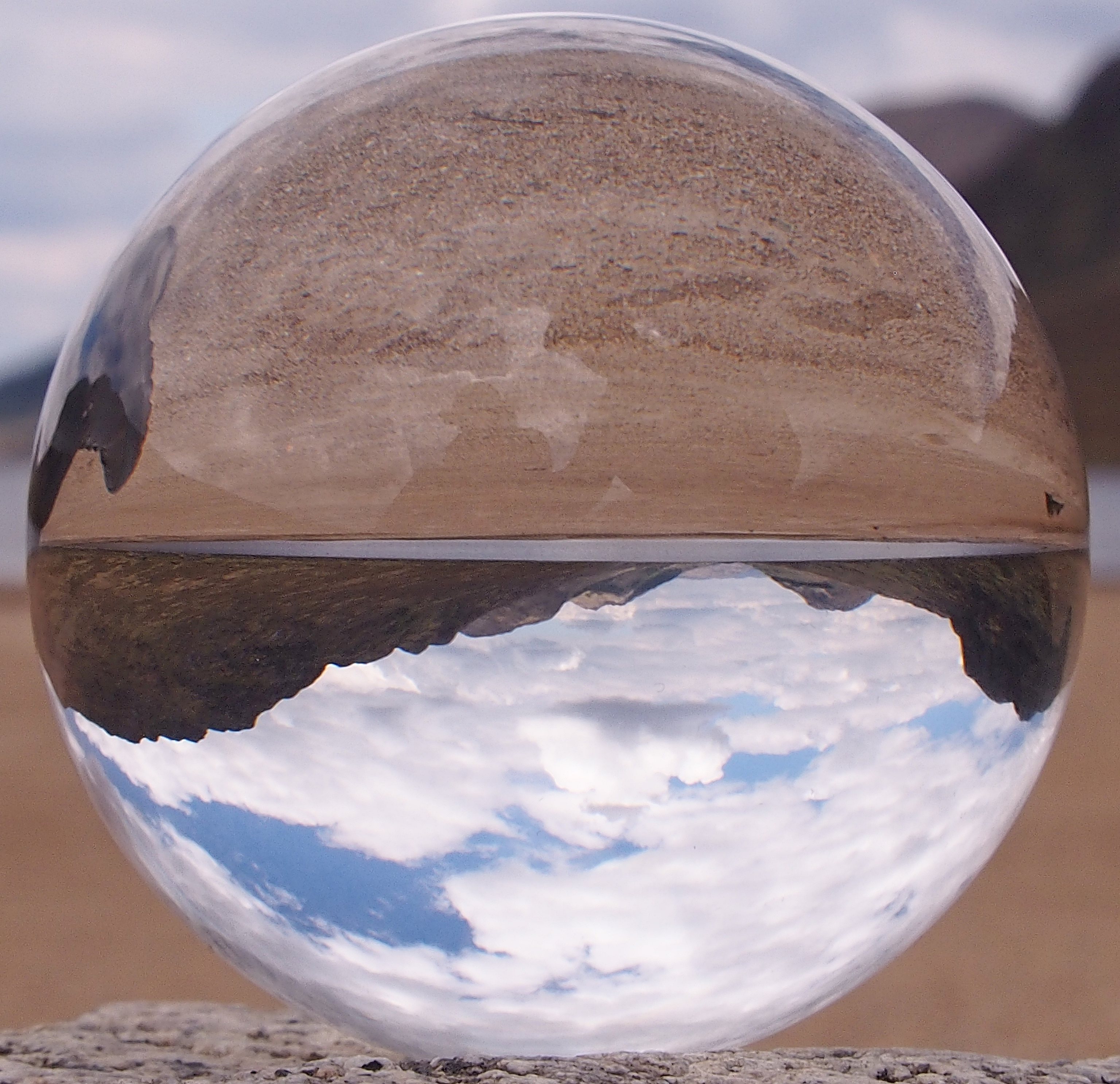 Then took some more ordinary views 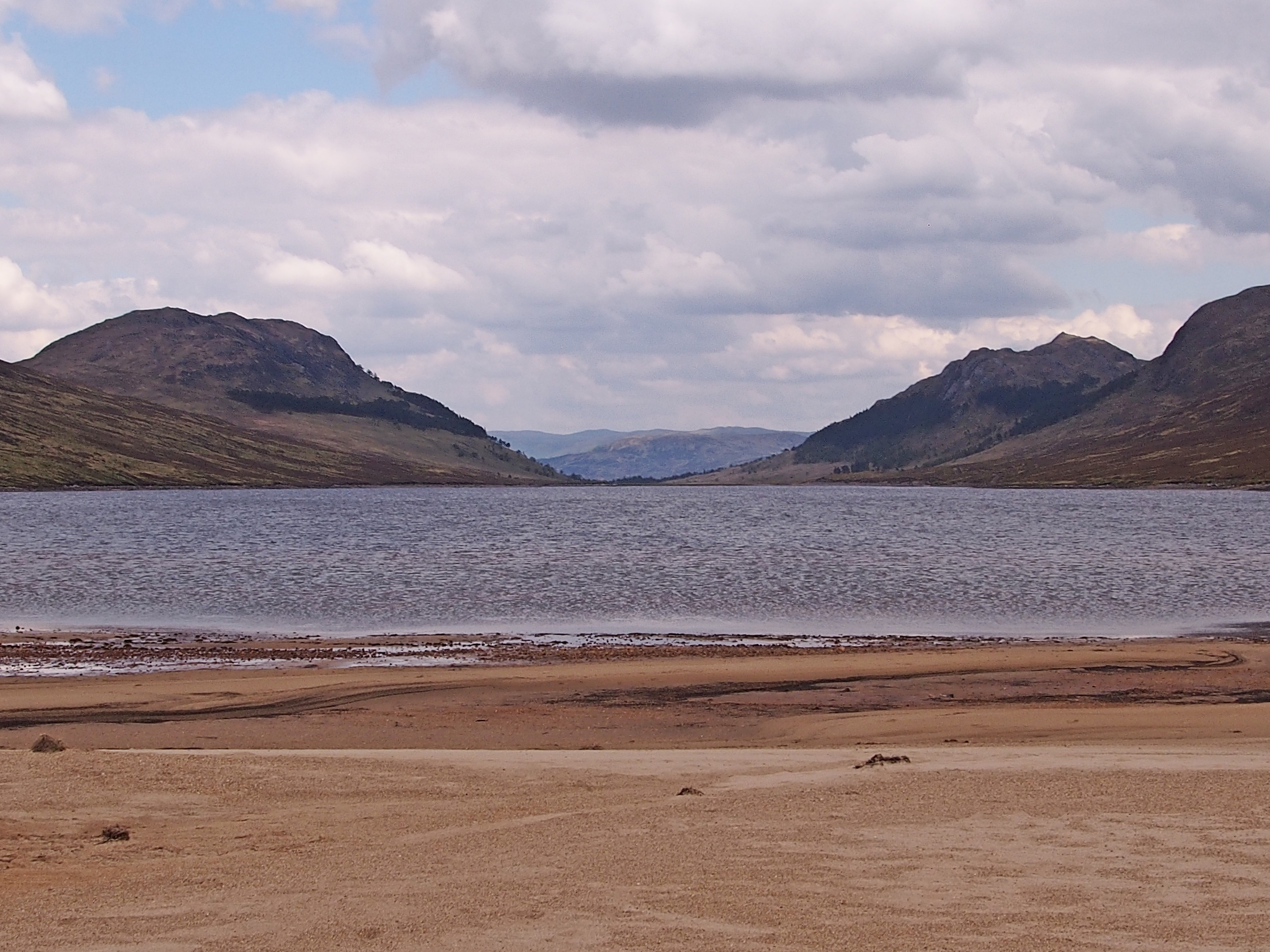 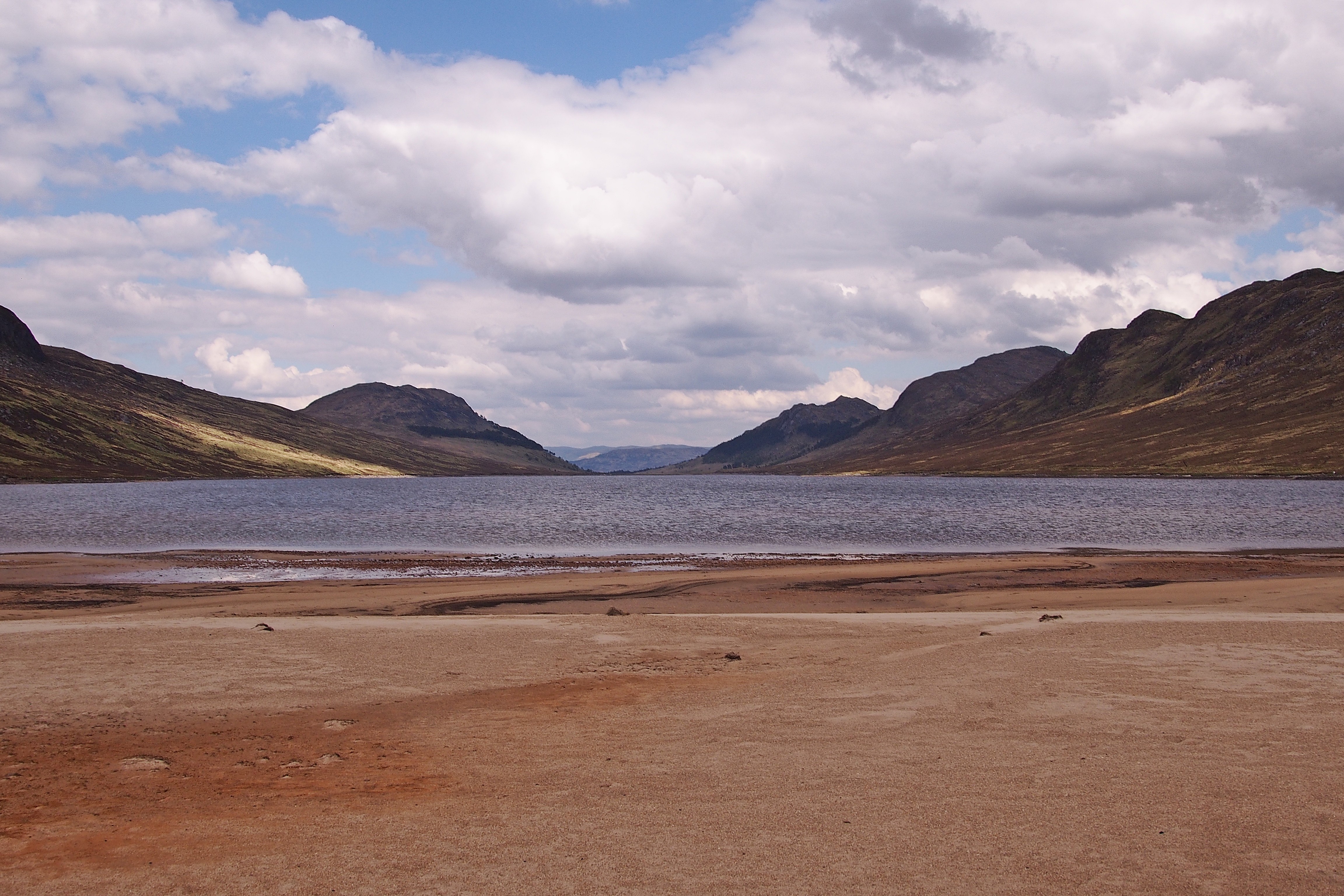 We'd spent a lot of time just playing about with Orbs and cameras but it was time to go so we packed up and set off back to the car.

We met this little fella on the way 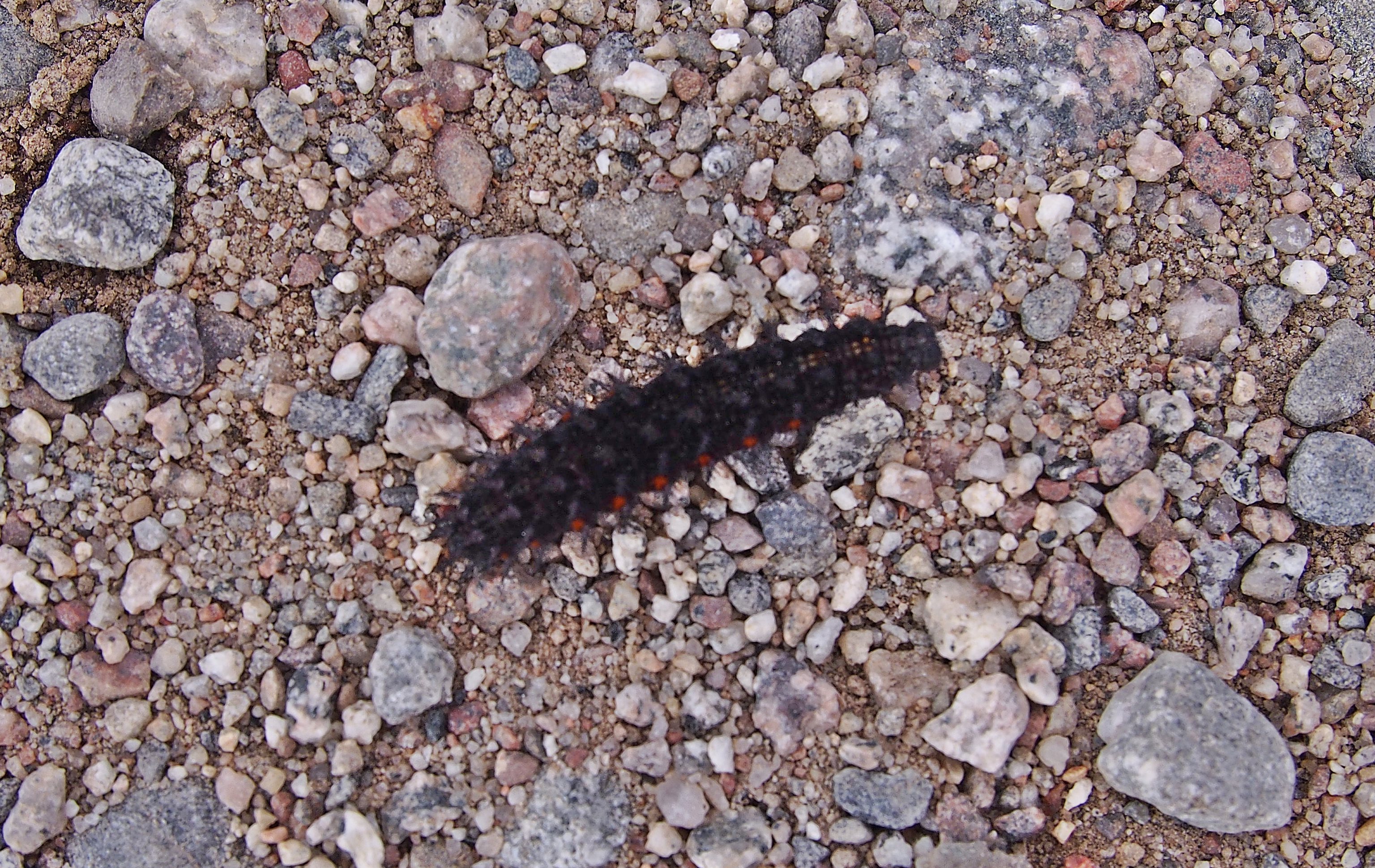 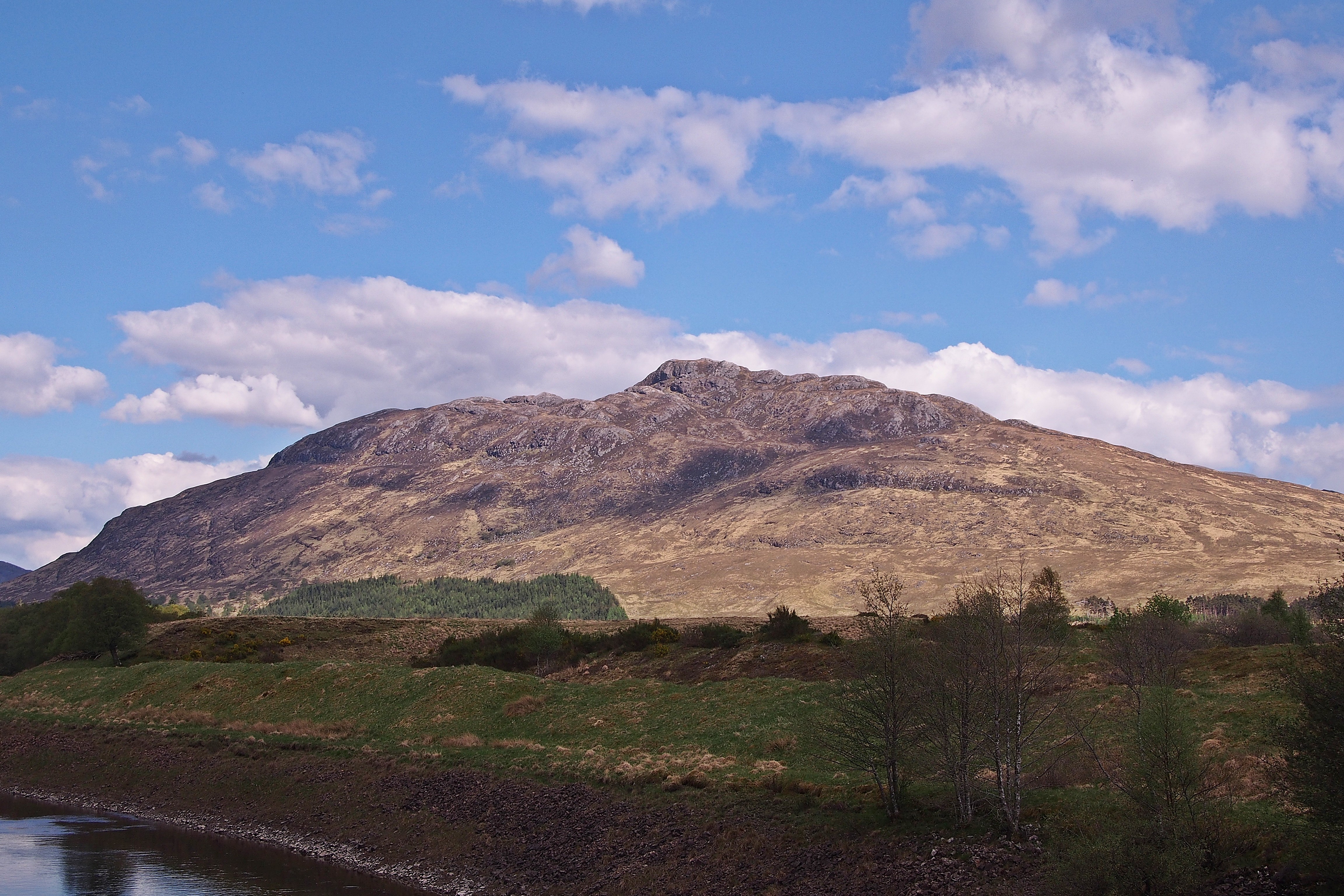 We had a nice steady wander, we felt relaxed and ready for Gulvain on Monday, we hadn't brought the bikes so it was going to be a long day, the forecast was good so it didn't matter how long it would take us