That was how I found myself spending my 60th birthday afternoon squelching down the track from Noup Head Lighthouse in misty, rainy, squally weather, wondering at what point showerproof trousers would give the game up (about halfway down is the answer).

Still, the picnic lunch was good and there were a lot of birds to watch. And we were only a five minute drive from home. 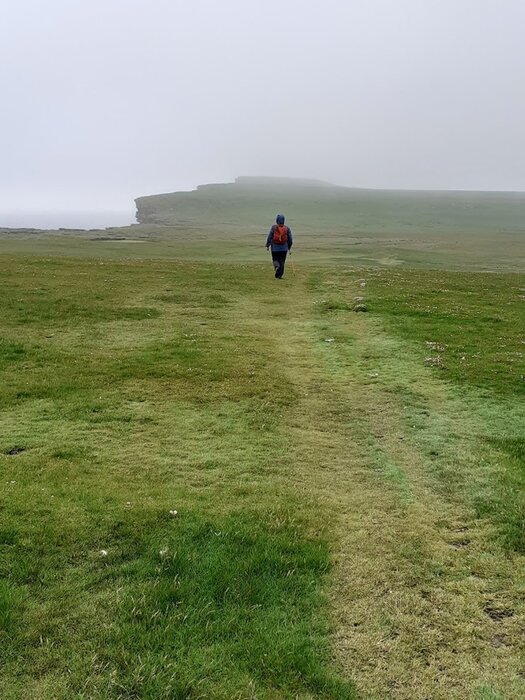 Heading into the gloom on the way up to Noup Head. The lighthouse from the summit of Noup Head Looking back on the way down the track

A few days later, the weather had turned to glorious sunshine, so, finishing work at midday, I suggested we try again. It was one of my better ideas.

Having followed the WH route the previous Sunday we decided to do a straight up and down the coast from the car park at Backarass. The views on the way down to Noup Farm are fine, but the track is a bit of a trudge so we reckoned the views of the Westside, Fitty Hill and Rousay while walking on mostly short grass would be way better.

We parked at Backarass where there was already a car and a camper van, but there's room by the fertiliser bags. The path down to the coast keeps you clear of any cattle and then (apart from four or five very big stiles to negotiate) It's a nice easy walk up to the top of Noup Head and to the lighthouse just beyond and (in May, June and July) the most spectacular display of seabirds and coastal scenery. Path from car park to coast Caves and arches are all along this coast. The cliffs are home to thousands of birds 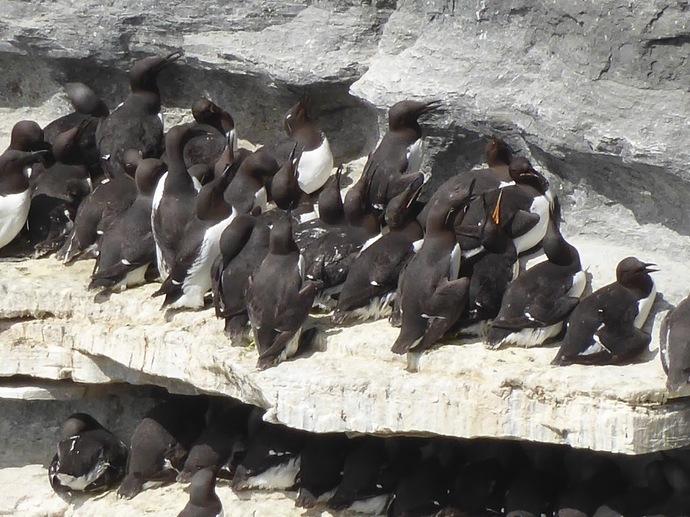 Looking out for puffins Puffin on the cliff below Noup Head 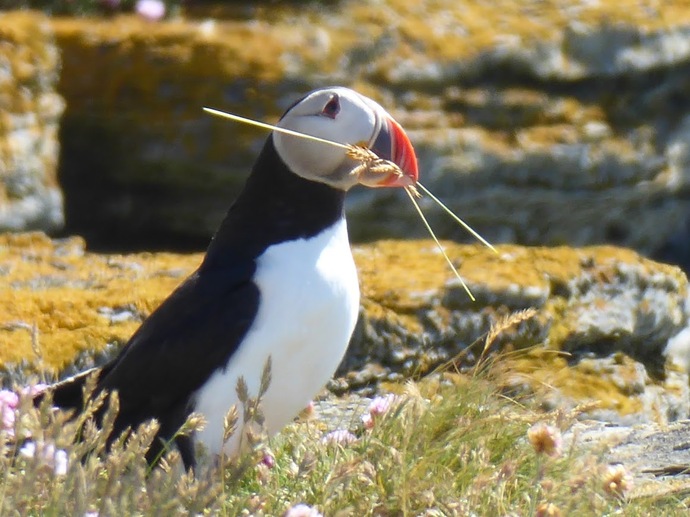 Collecting nesting material near the lighthouse Gannets have thrived since they first arrived about 20 years ago The archway marked on the map as John Harcus's Windows 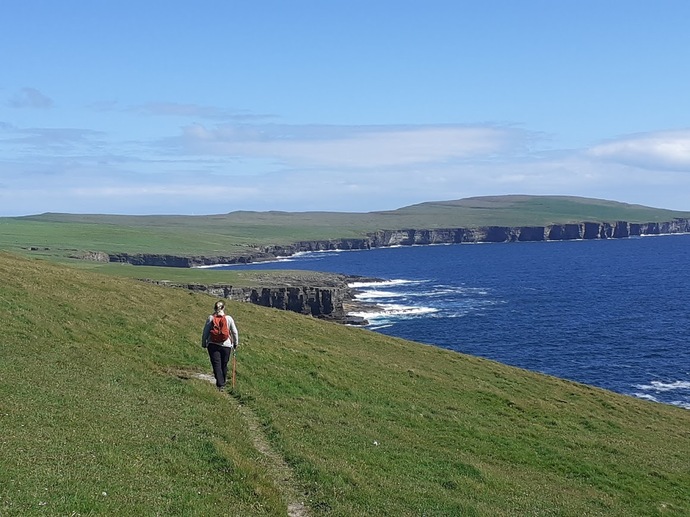 Heading back with the Marilyn Fitty Hill in view

We headed back the way we had come with happy sunburnt faces. For variation I've sometimes taken in the summit of North Hill, easily approached from Noup Head over tussocky grass in summer, but best reached along the south ridge in winter.