Well that was a day and a half!

I came into this walk having bagged 21 Munros, mostly as singles or pairs. My first attempt at 'roughing it' between, on my first ever climb, resulted in me hitting the wall at the summit of Beinn Chabhair and needing rescuing by a kind group with some spare banana bread. I've learned since then to keep emergency fruit pastilles, and not to try and push too hard.

That said, I'd been eyeing up the Ben Lawers 7 for some time. It was always going to be a long day but didn't seem to be outside the realms of achievability. The elevation changes between the peaks weren't particularly great, and starting at the base of Meall a' Choire Leith meant a climb of only 400m to the first summit.

My plan entailed working from west to east, then doubling back - re-summiting Meall Garbh, An Stuc and Ben Lawers, before peeling off towards Beinn Ghlas and down, with a final trek from the Ben Lawers car park back to the far end of the reservoir. At my usual Munro pace I reckoned this would be an 11 hour walk, covering approximately 20 miles. 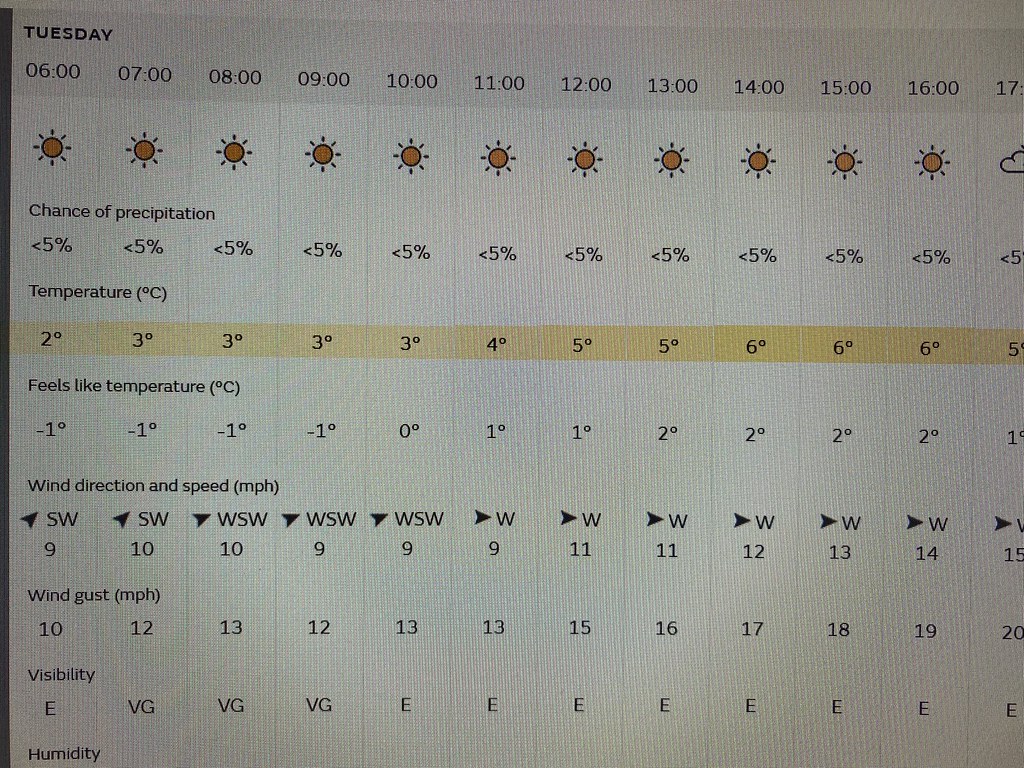 Best possible weather to go for it! 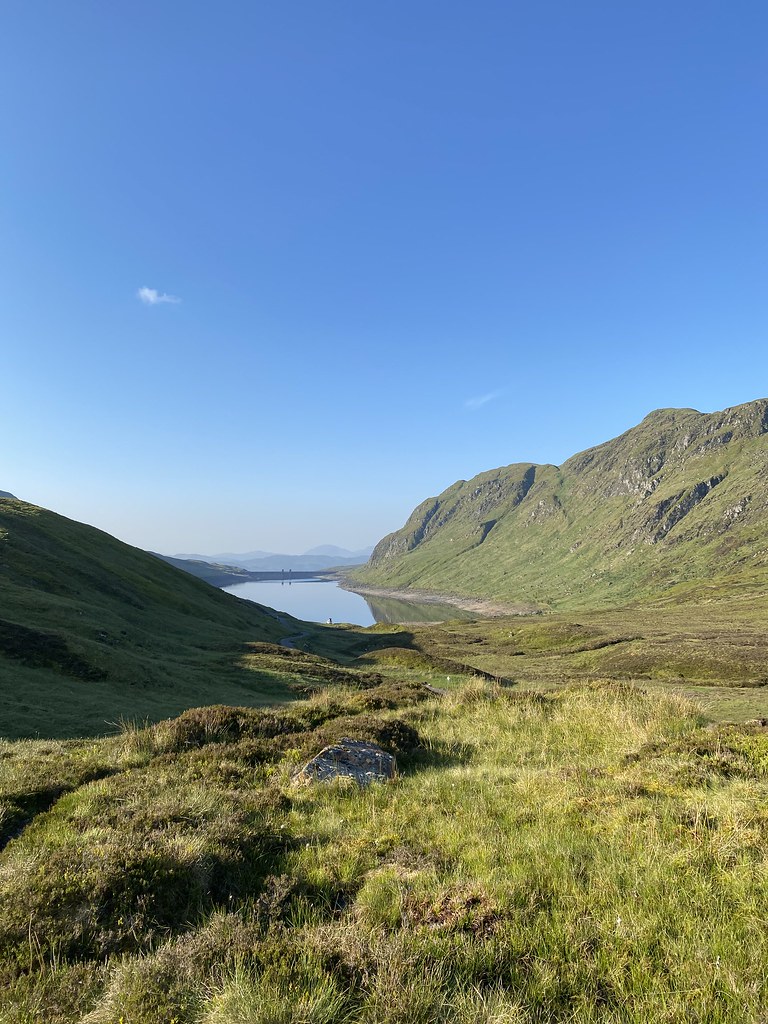 Look down Lochan na Lairige, 7am. 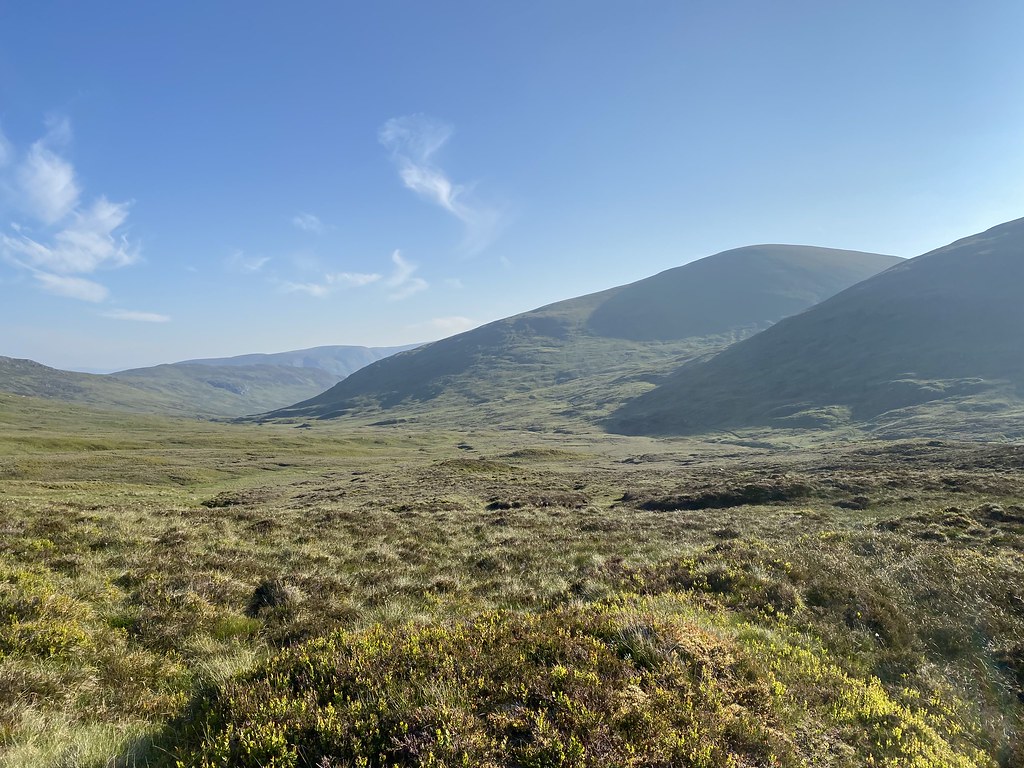 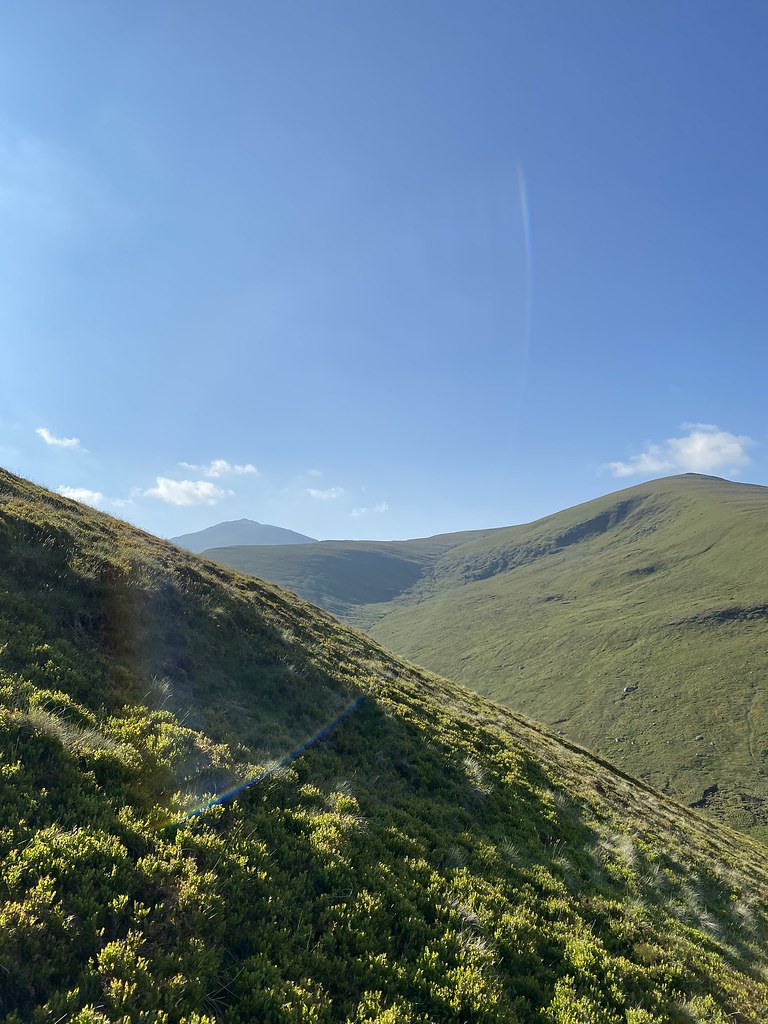 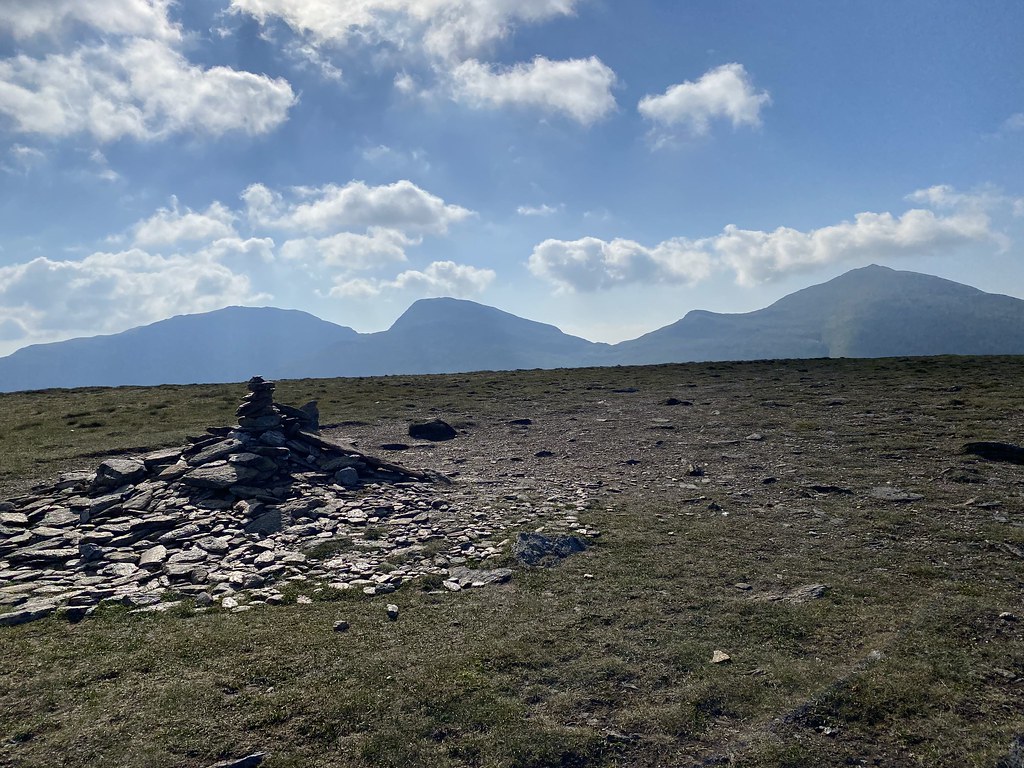 Summit of Meall a' Choire Leith.

Terrific view of six of the seven peaks to be climbed - Meall Greigh is in hiding. 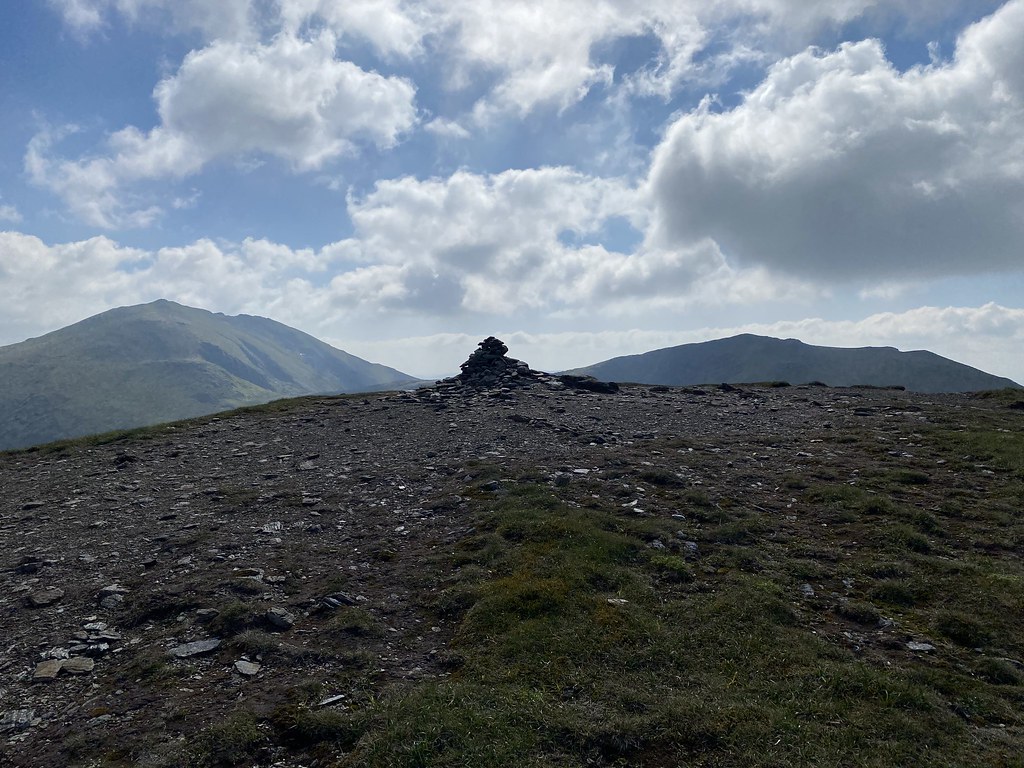 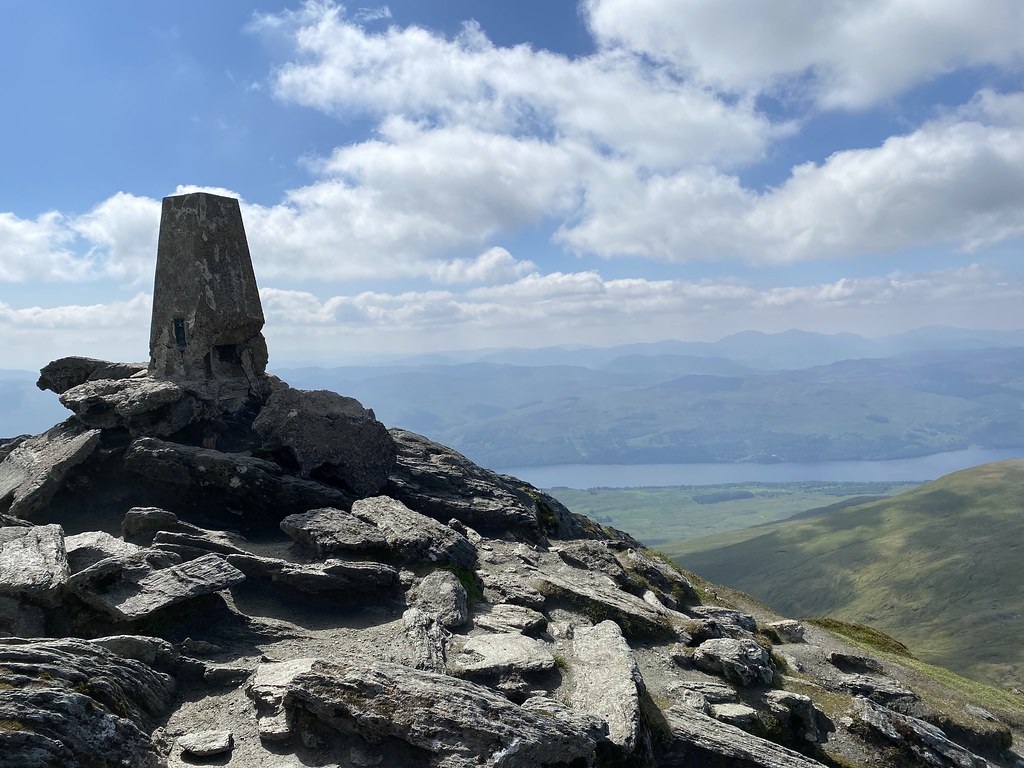 Finally there! Summit of Ben Lawers looking down to Loch Tay. The tallest Munro I've climbed to date. 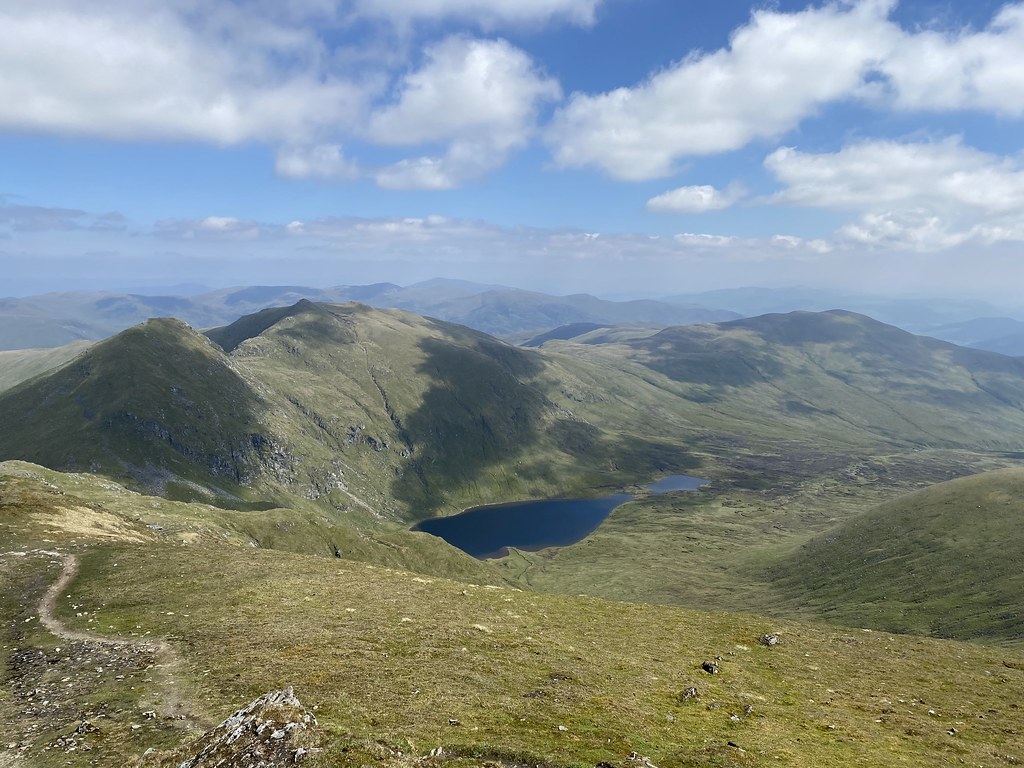 The next three in the chain - Meall Greigh looks a mighty long way away! 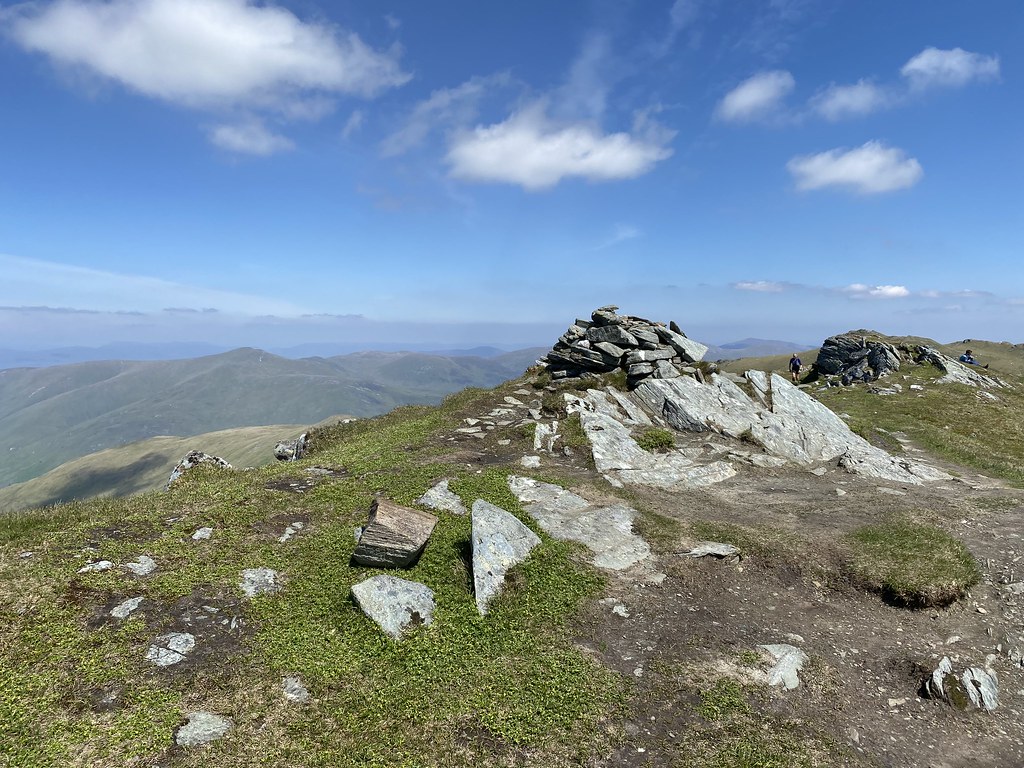 Peak of An Stuc. 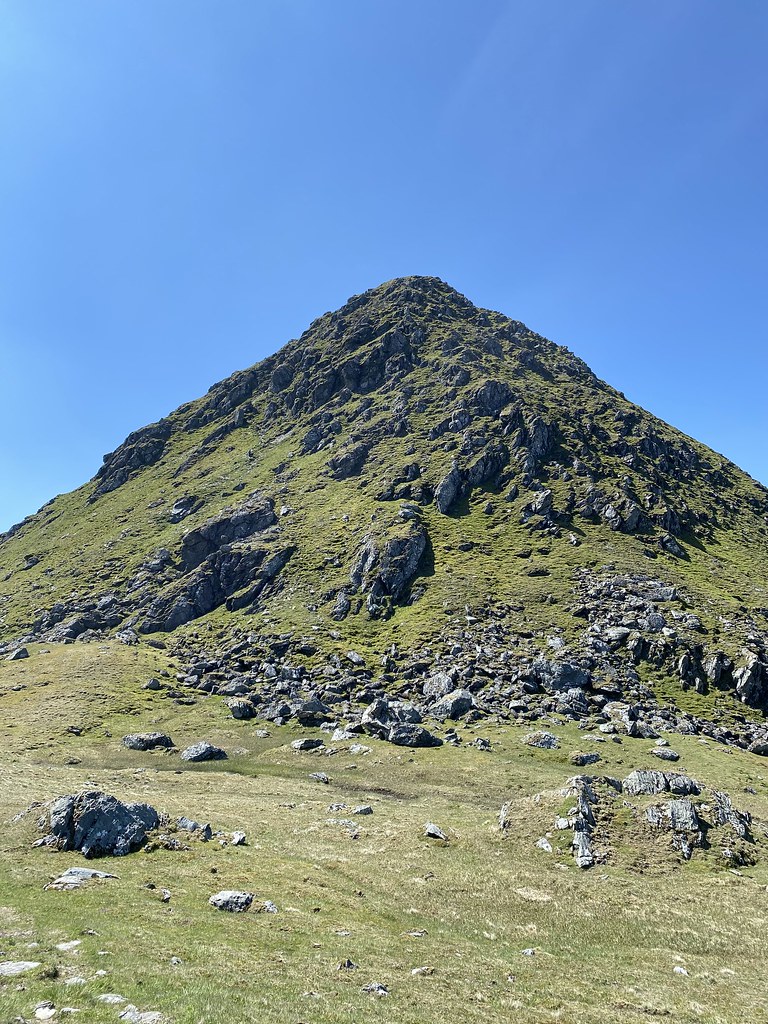 The north face of An Stuc - easily the most dangerous descent/ascent I've touched so far. Correcting if you lose the path on the ascent is a challenge! 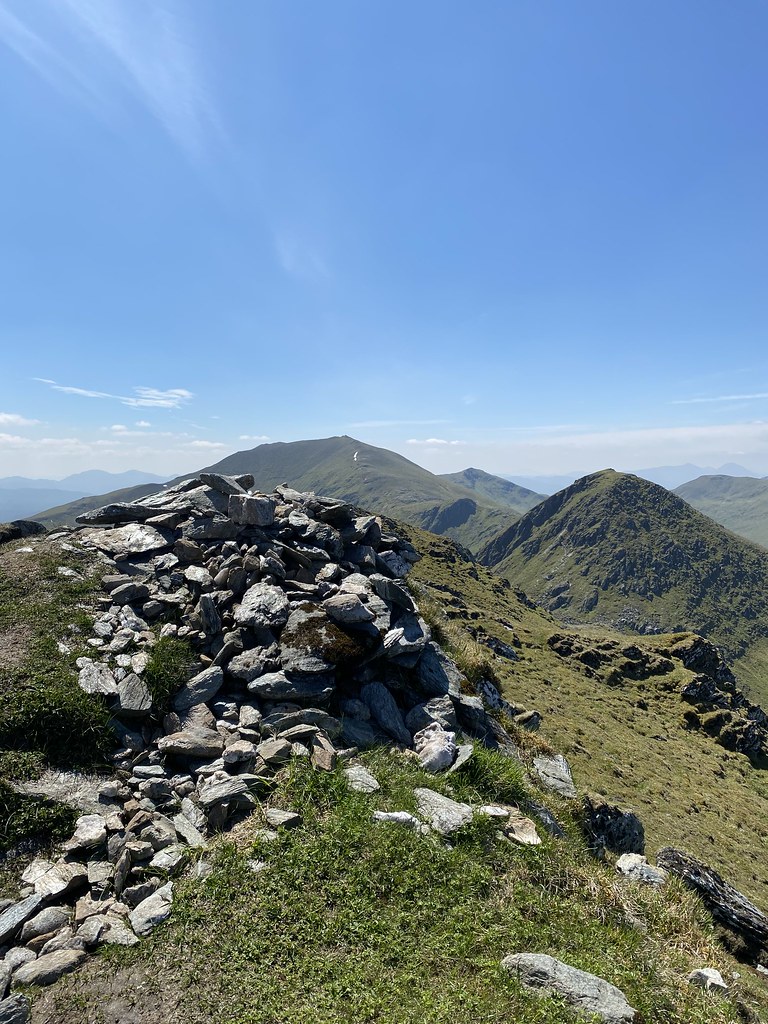 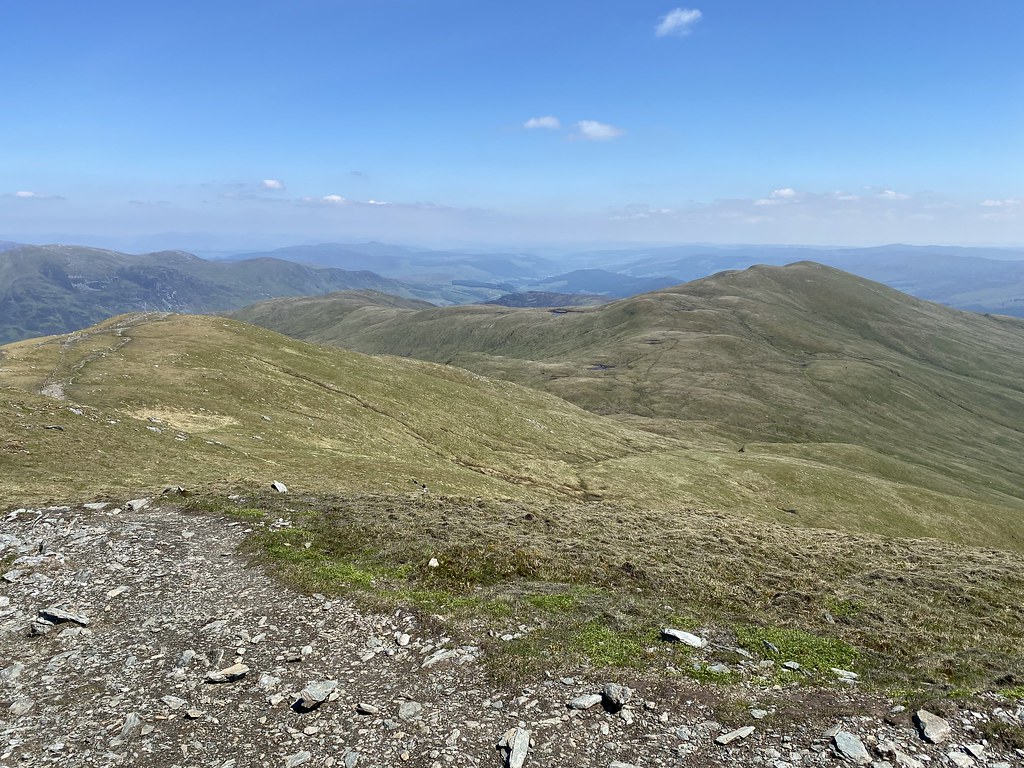 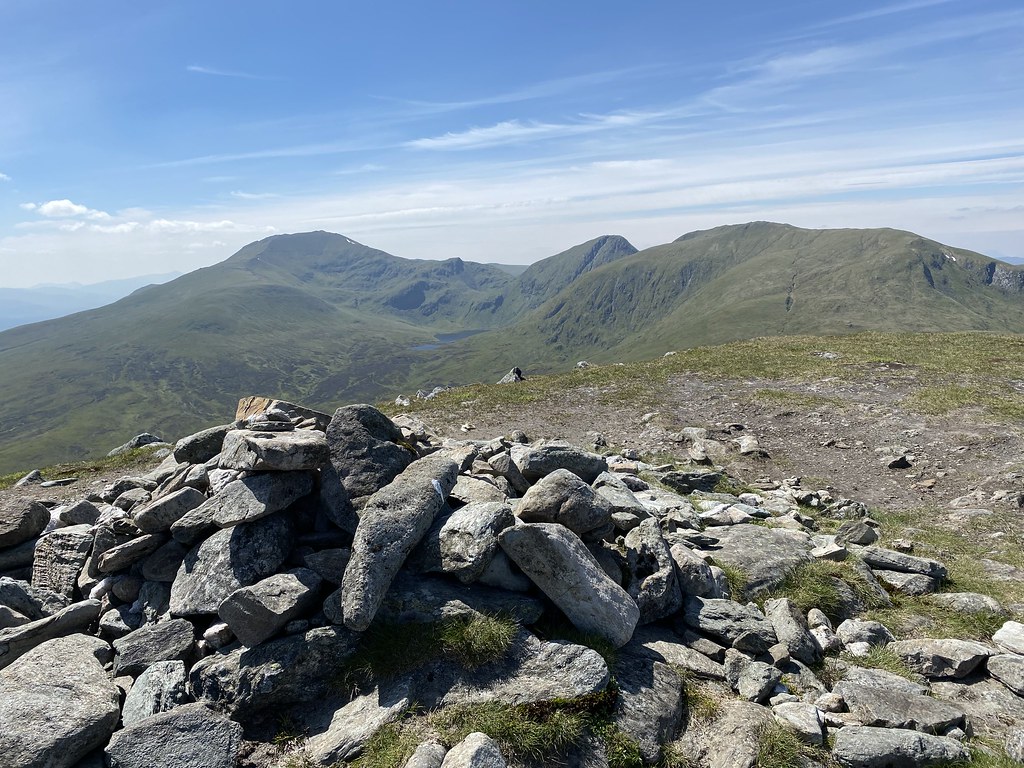 Finally reaching the summit of Meall Greigh, it's a long way back. 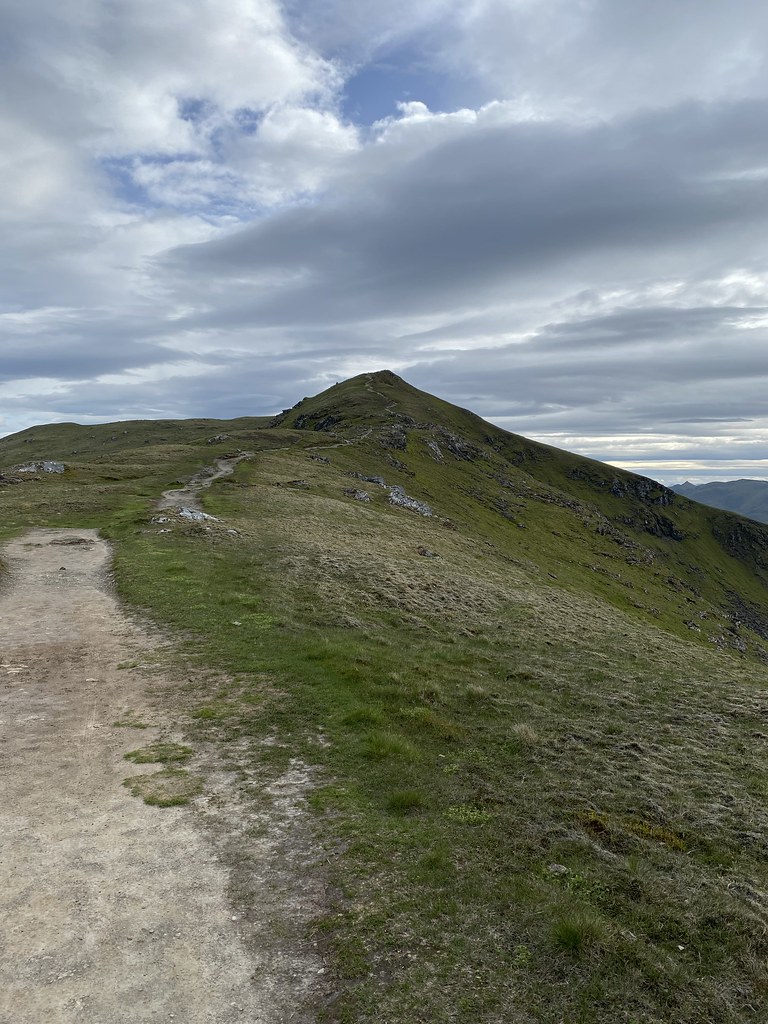 Six down, just the one peak to go - Beinn Ghlas is within reach. 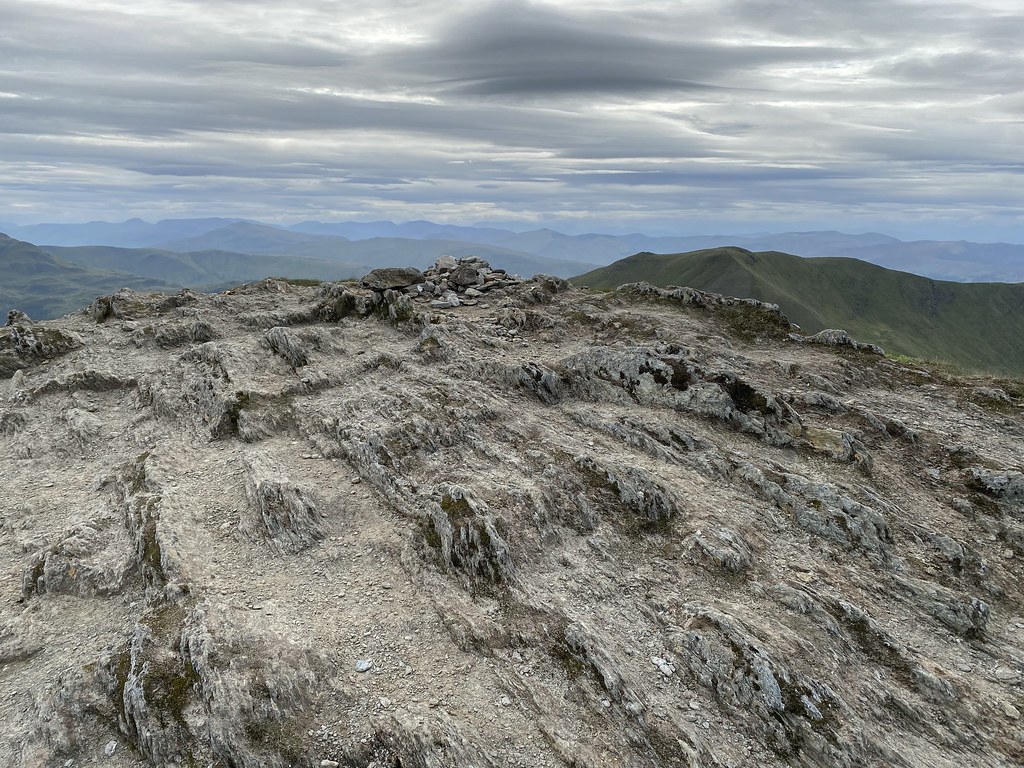 A very rocky and anti-climactic summit but at this point, just glad to make it there! 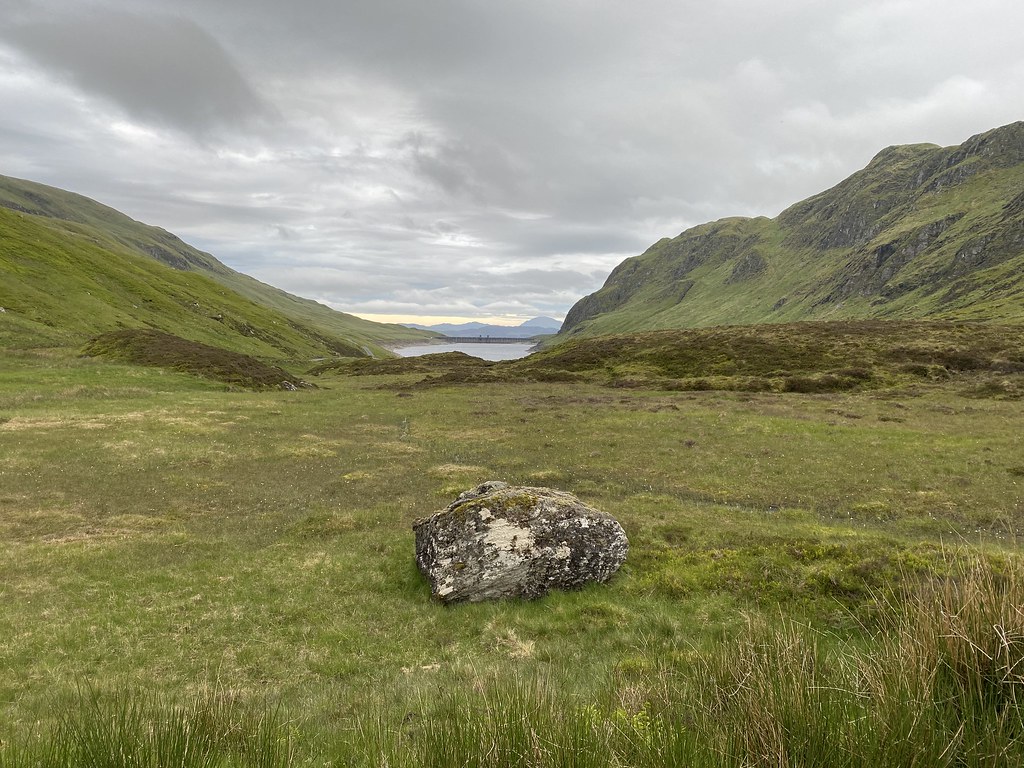 One final look over Lochan na Lairige at 9pm.


I honestly don't know how I managed to stay on my feet for a full 14 hours. My face and arms are pretty scorched (in spite of applying sun cream), but my feet are surprisingly comfortable the following day and I'm just happy to have set myself the target and not chickened out halfway round. Might need a week of recovery though!

Cool down music: For Whom the Bell Tolls, from Donnie Darko, by Steve Baker and Carmen Daye.