I fancied a quiet Sunday morning walk up a new hill but didn't want to travel far so I drove up through Lochwinnoch to the Muirshiel country park car park, where there was plenty of space. The weather was fine, if a bit humid and still. As I sat at the car putting on my boots, the flies descended: they were all over me - in my ears, eyes and all over my clothes. Not a pleasant start to the day - and the problem was that they swarmed around me from the car to the summit and back down again. It was impossible to get a deep breath as I ploughed up through the heather without getting a fly down my throat. I suppose we've all been out on the hills on such a day - I have before - but this was particularly bad. Anyway, I set off along the old mine track and crossed the bridge/sluice over the River Calder and backtracked to cross the Raith Burn as I had read in a recent report that it was best to go up the south side to the 4th tributary and get to the summit that was. As I looked up the hillside I was not exactly thrilled to see what lay ahead - lots of deep heather and bracken. 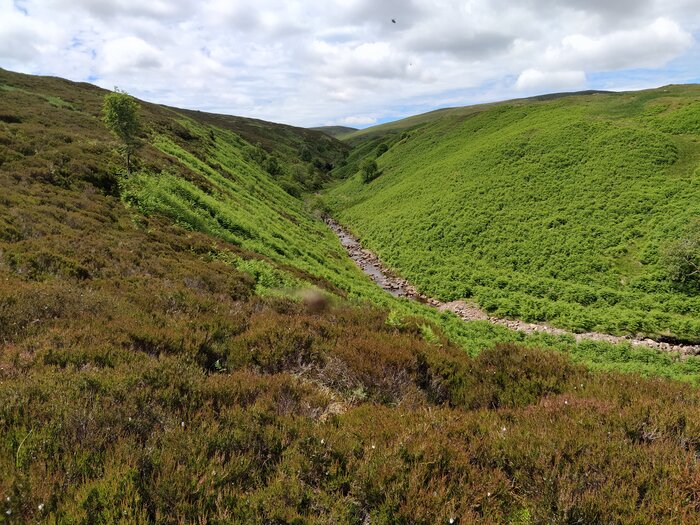 Struggling up the south side of the Raith Burn

I tried to find some animal tracks to ease my passage but they were few and far between, I have to admit that progress was slow and I became pretty frustrated that I could not get a good stride going. At one point, I must confess that I nearly turned around as I was not enjoying any part of this 'walk'. It wasn't even a good idea to stop for a breather because as soon as I stopped, the flies were crawling all over me. However, I persevered and eventually the hill came into view and the terrain became a bit easier. 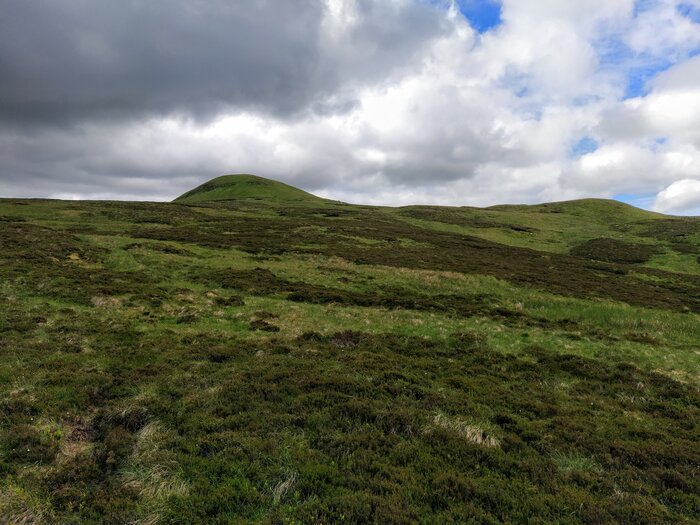 Just below the final rise to the summit, there was a barbed wire fence. There wasn't a style but someone had wrapped some plastic round the top spikey strand. However, it was worn through and the barbs were showing. Fortunately, I found a rickety wooden gate 50 metres to the right and got over that. A final ascent on steepish grass got me to the summit cairn. 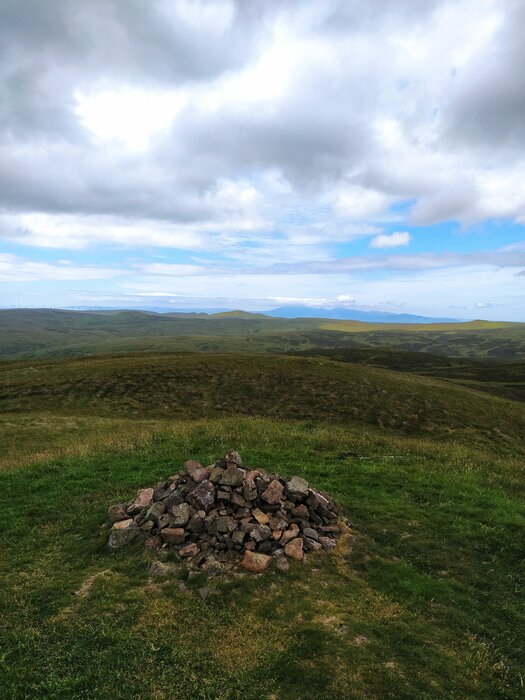 I stopped for a short time to see the views and wolf down half a cheese sandwich without getting too much extra fly-flavour (TMI?) Not much to say about the descent apart from saying that it was more heather-bashing but quicker than the ascent. 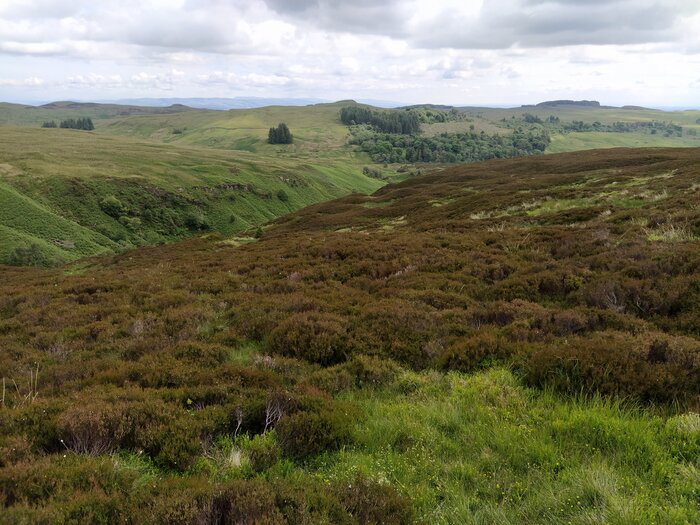 I didn't bother going back to the bridge over the Calder but crossed at a rocky linn and climbed the steep bank to reach the mine track just at the kissing gate where I met quite a few people waving their arms about and complaining about the flies. So, it wasn't just me!