My first time out on the hills on my own in about 6 months - Jackie has done a fair bit of walking (albeit in small doses) over the last 12 months but with no improvement in her long Covid symptoms (mostly fatigue and breathing issues), it has become unenjoyable. Our last couple of walks were a trial and they were only short meanders on waymarked trails, so she was starting to wonder why she was bothering to put herself through it repeatedly, ruining something she wants to enjoy. Today looked like it wasn't going to be a good one energy-wise so I decided to go out on my own.

By the time I had decided this, it was 3pm so thoughts of going too far afield were out. Time to resurrect the hill I'd considered doing with my dad the previous weekend (but the forecast had changed our minds) - Little Wyvis. This is quick to get to, an easy up-and-down and has good views west.


our_route.gpx Open full screen  NB: Walkhighlands is not responsible for the accuracy of gpx files in users posts
I was on my way shortly after 4pm and it was warm and sunny. Having parked at Silverbridge it was an easy wander up the track through the old deer park and onto the western flank of the hill. I made good progress up here and decided to head out to the northern end of the broad summit ridge to take in Tom na Caillich. 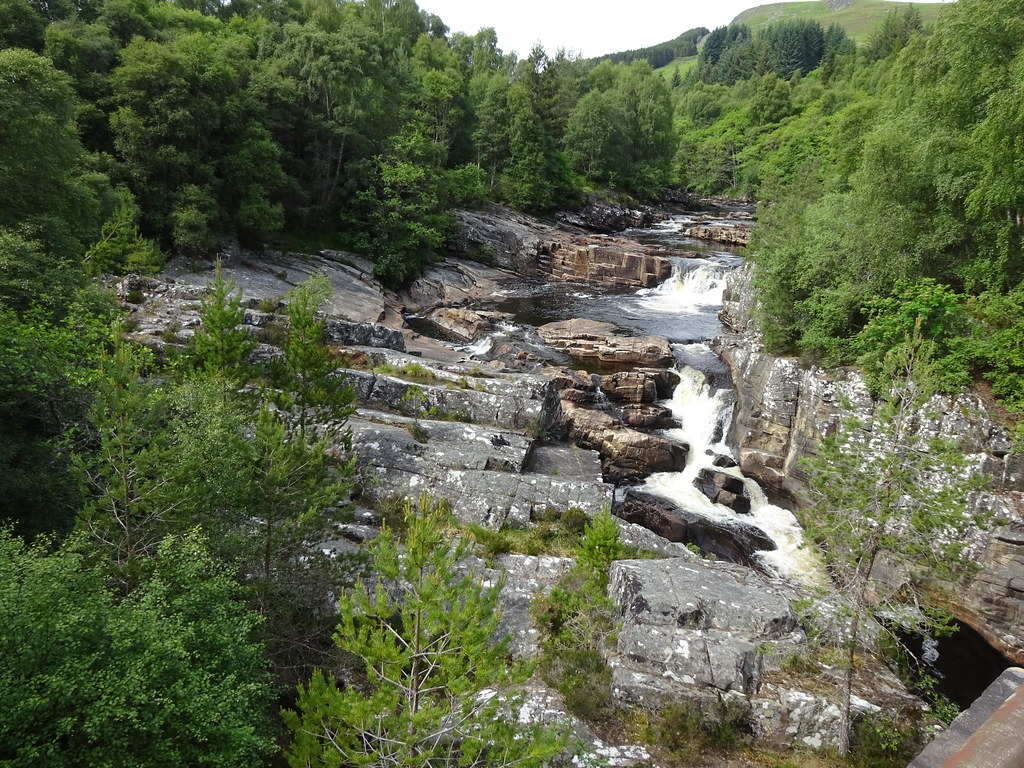 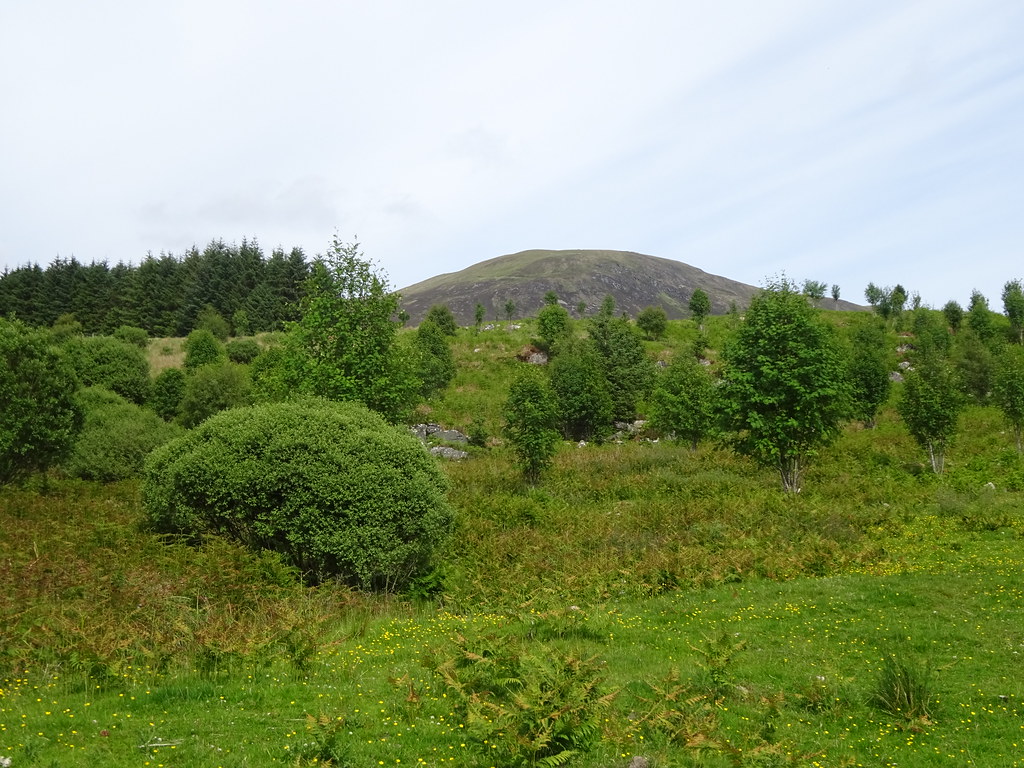 Little Wyvis from above Silverbridge Lodge 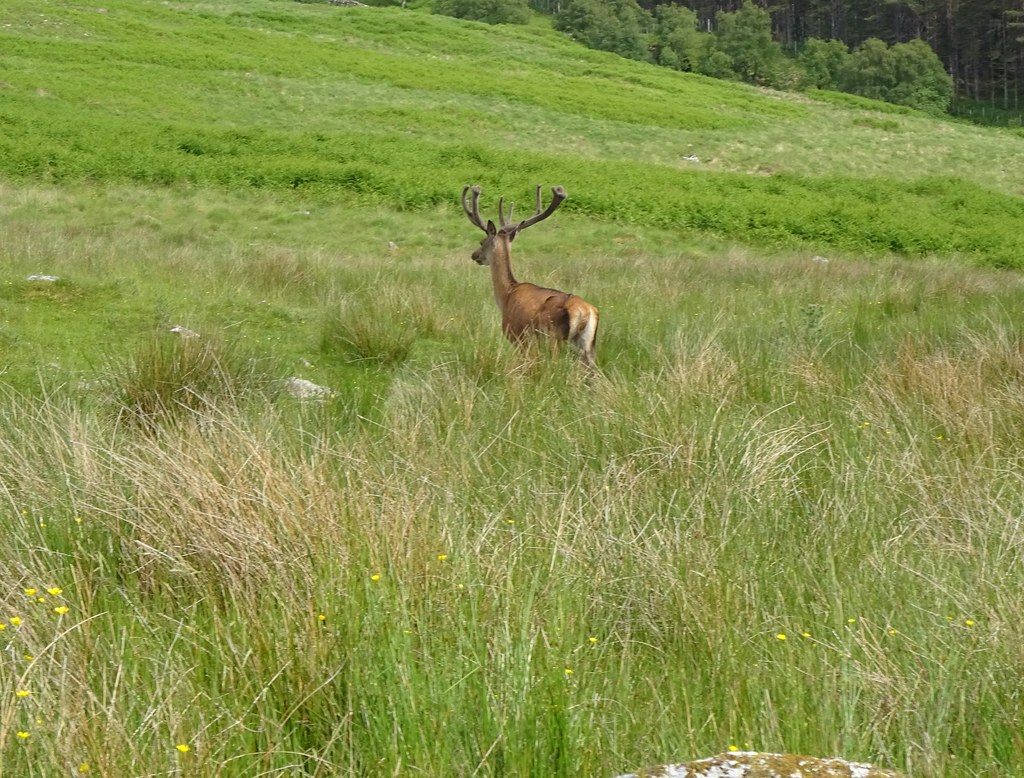 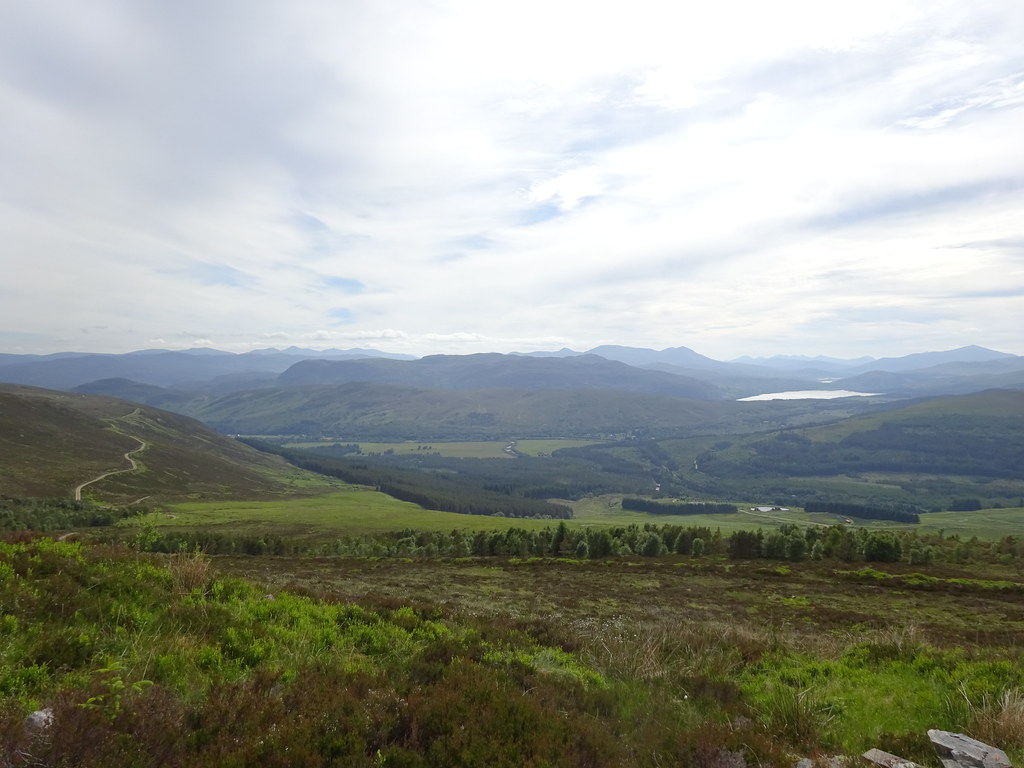 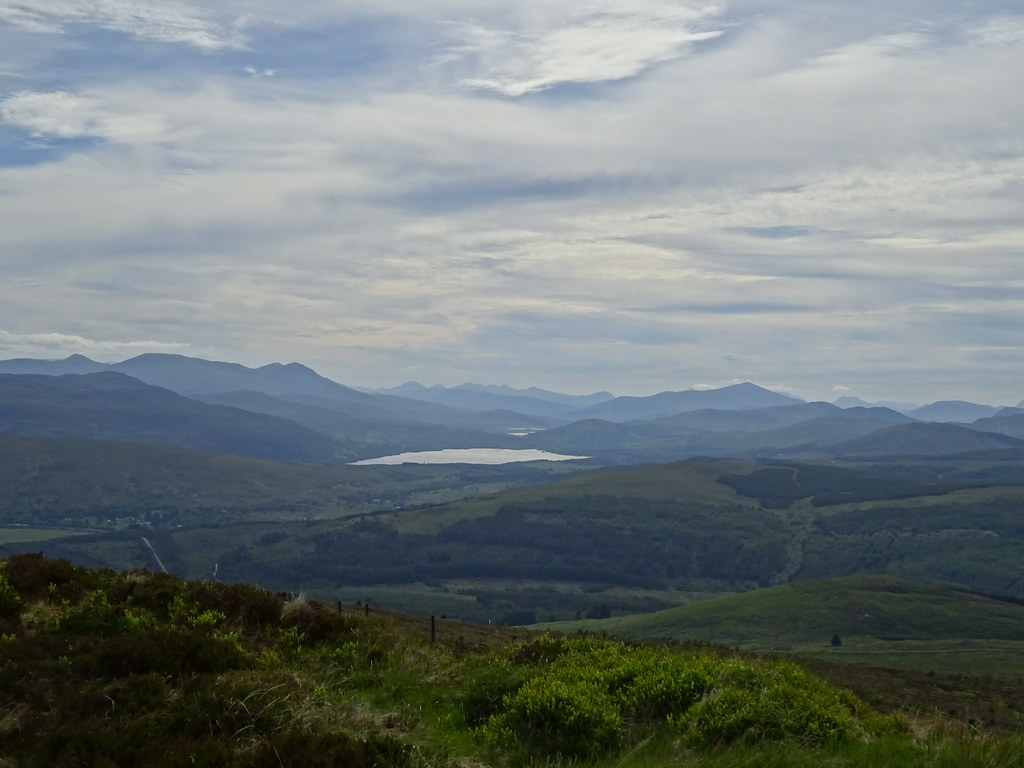 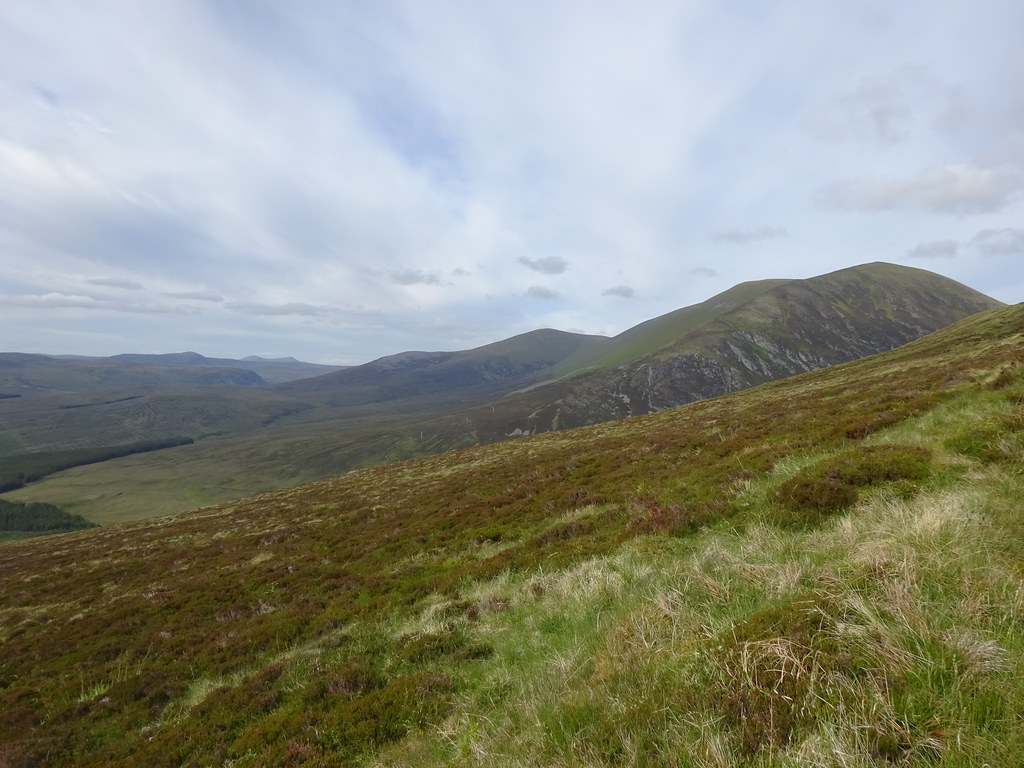 It was a bit hazy and I had a halo of flies by this point, but it was good to be out. The ground was a little soft on the off-piste section to Tom na Caillich but once on the spine of the ridge the grass was short and the going easy. 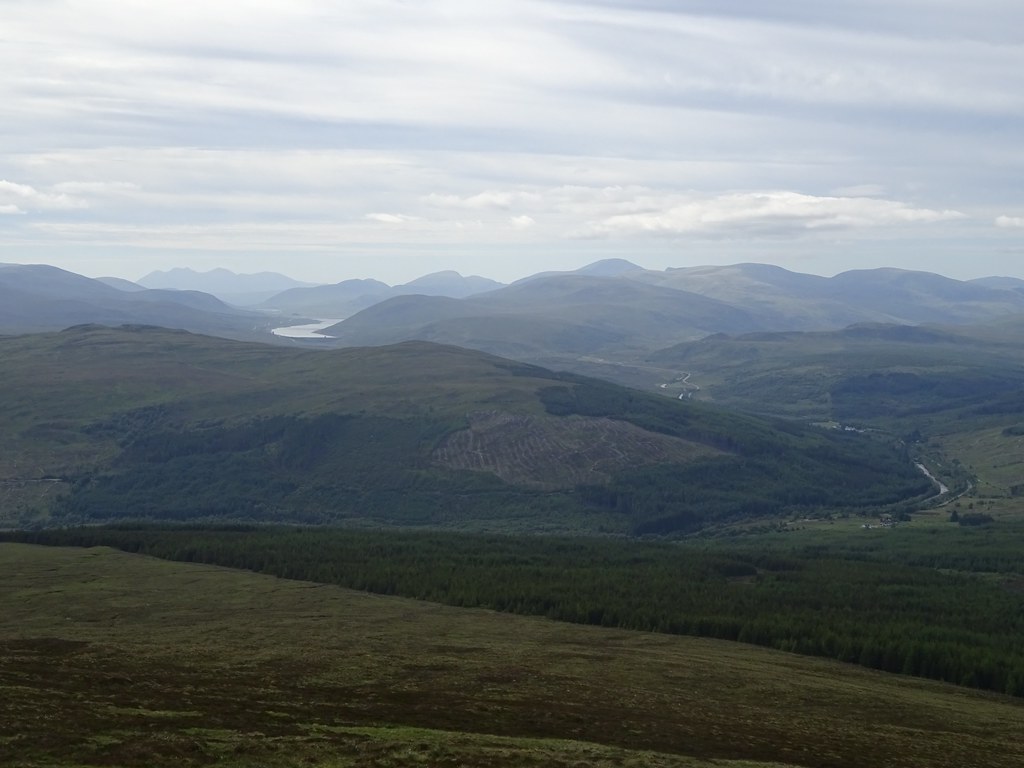 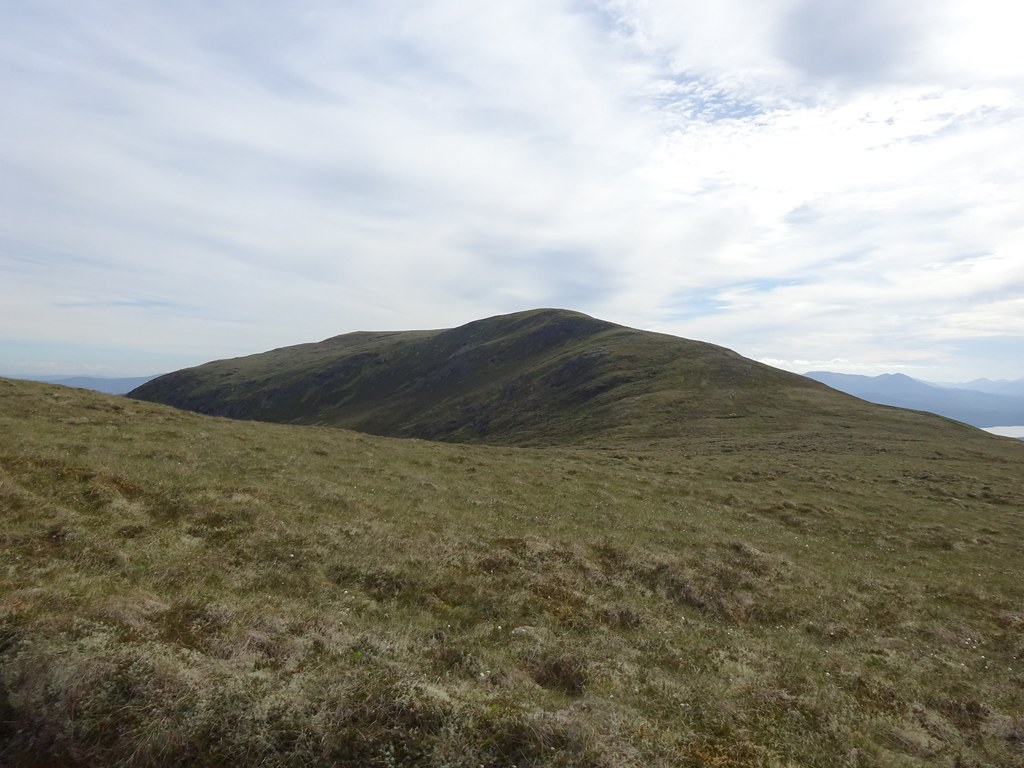 On the Little Wyvis summit ridge 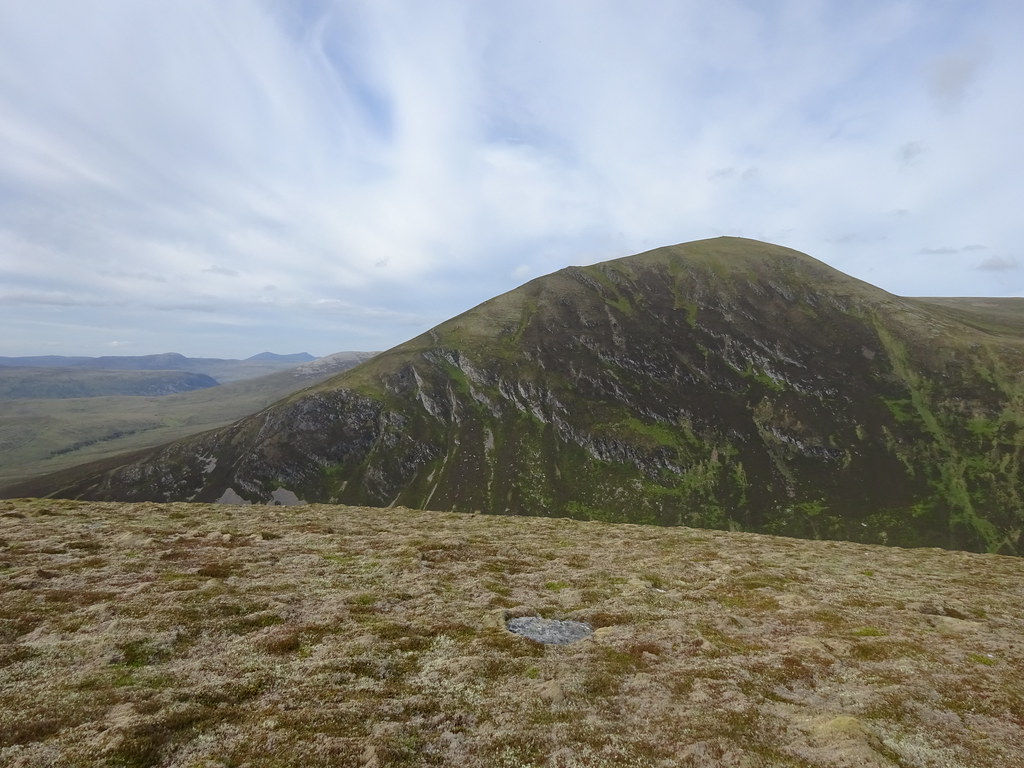 An Cabar of Ben Wyvis 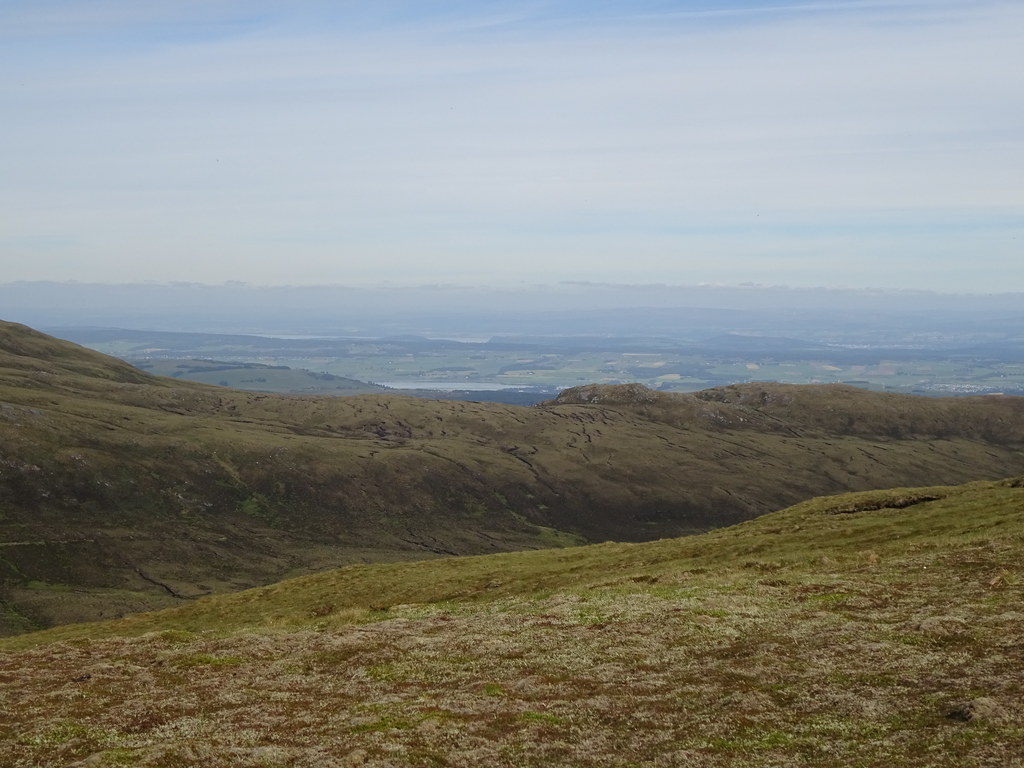 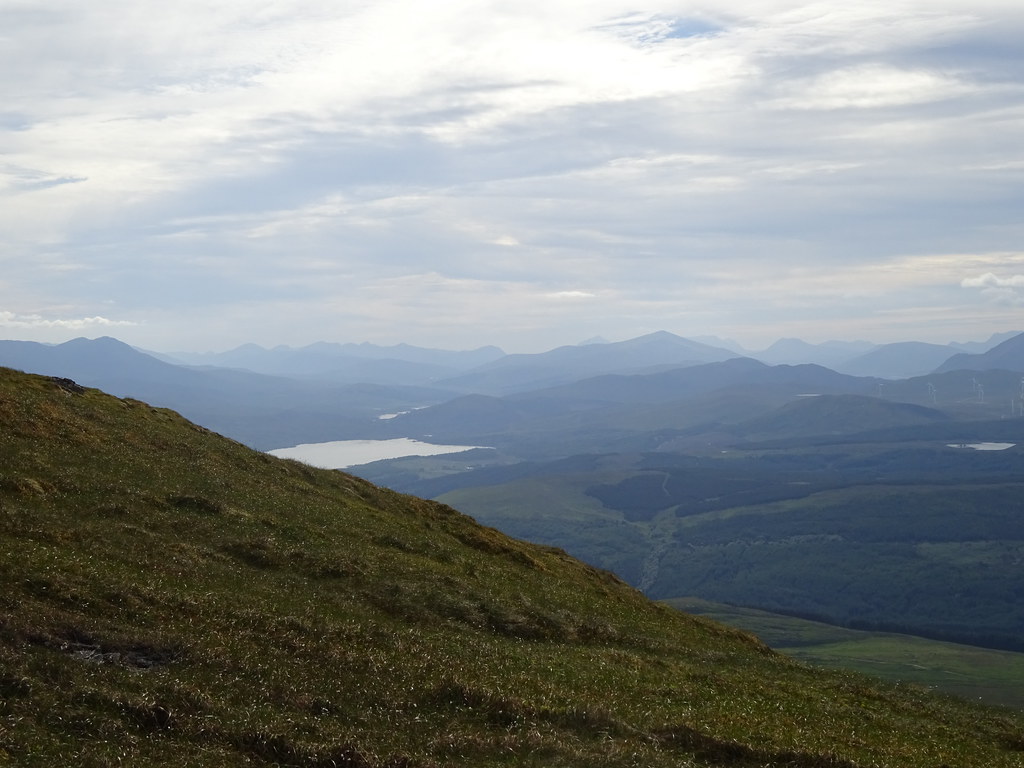 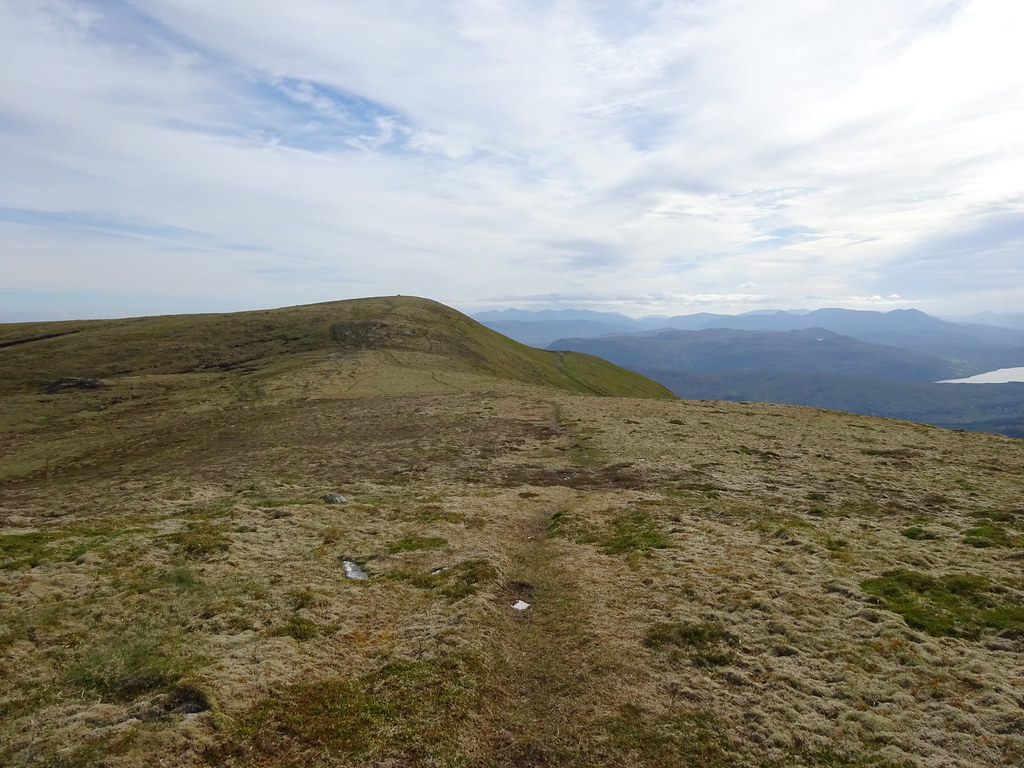 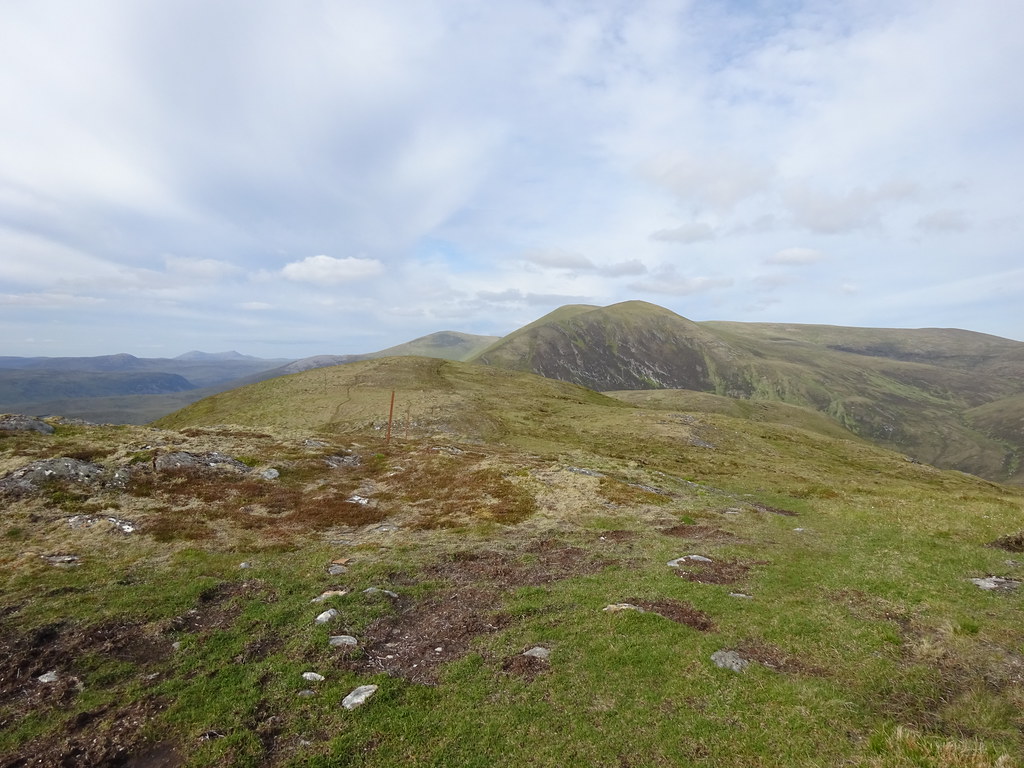 I had a short break on the summit accompanied by my fly minions. This was actually the highest I had been since about November last year! 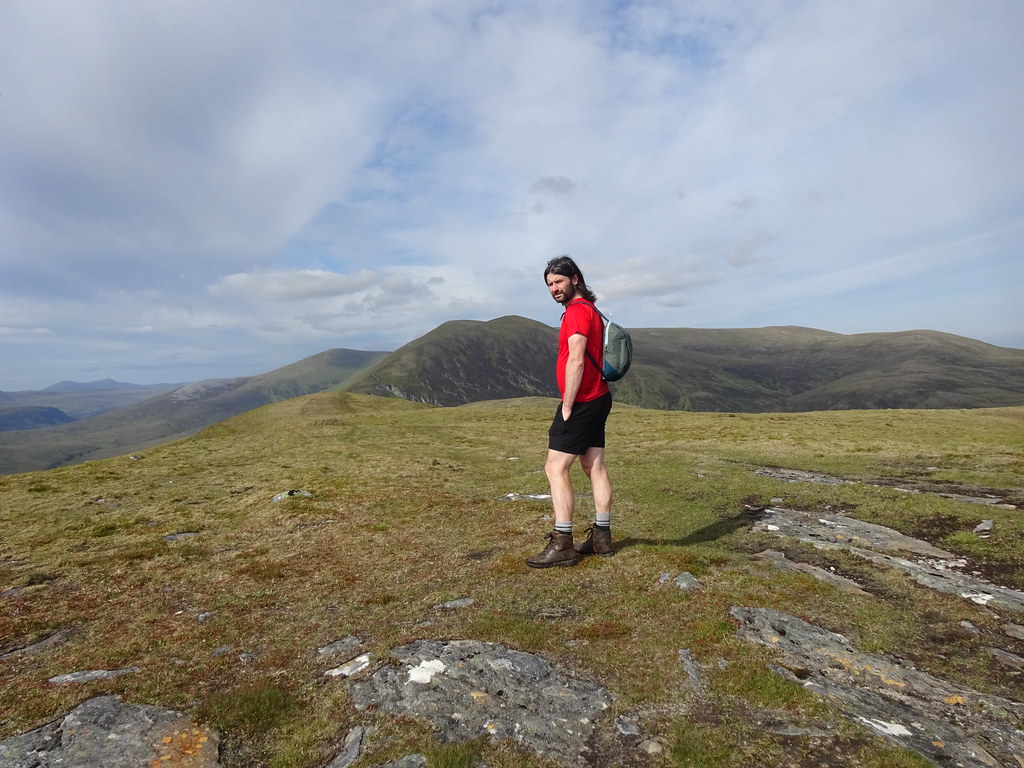 As I had made good time to here, I decided to lengthen the route a bit, dropping down to Loch a' Bhealaich and picking up the track to the radio mast on Ruighe an Fhirich. I had been meaning to wander out to this mast for ages, but there are often more interesting places to go than Little Wyvis so I'd never got around to it. There was some rough ground on the south side of Little Wyvis summit - the ridge was poorly defined. Some of it was fine though. 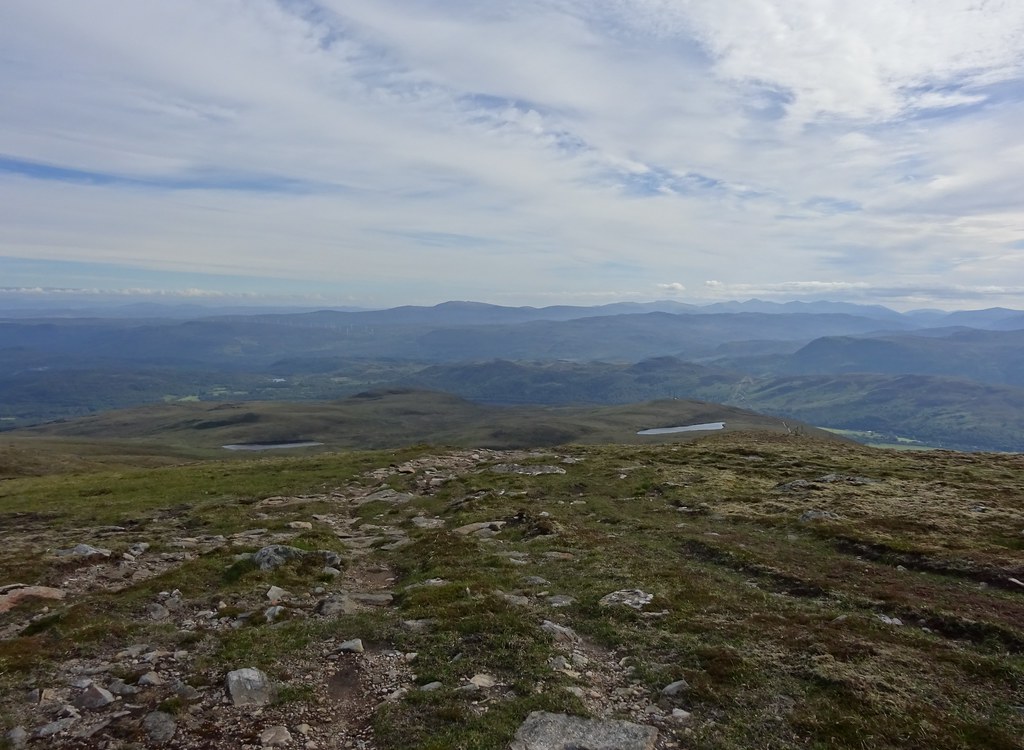 Nearing the loch, the vegetation got deeper. Little heather around here, but the grass gets very tussocky. I threw in the summit of Carn Loch an Tuirc just for some extra ascent, then there was a bit of heather to reach the radio mast. A pleasant enough diversion from the usual route, although with flies intensifying! 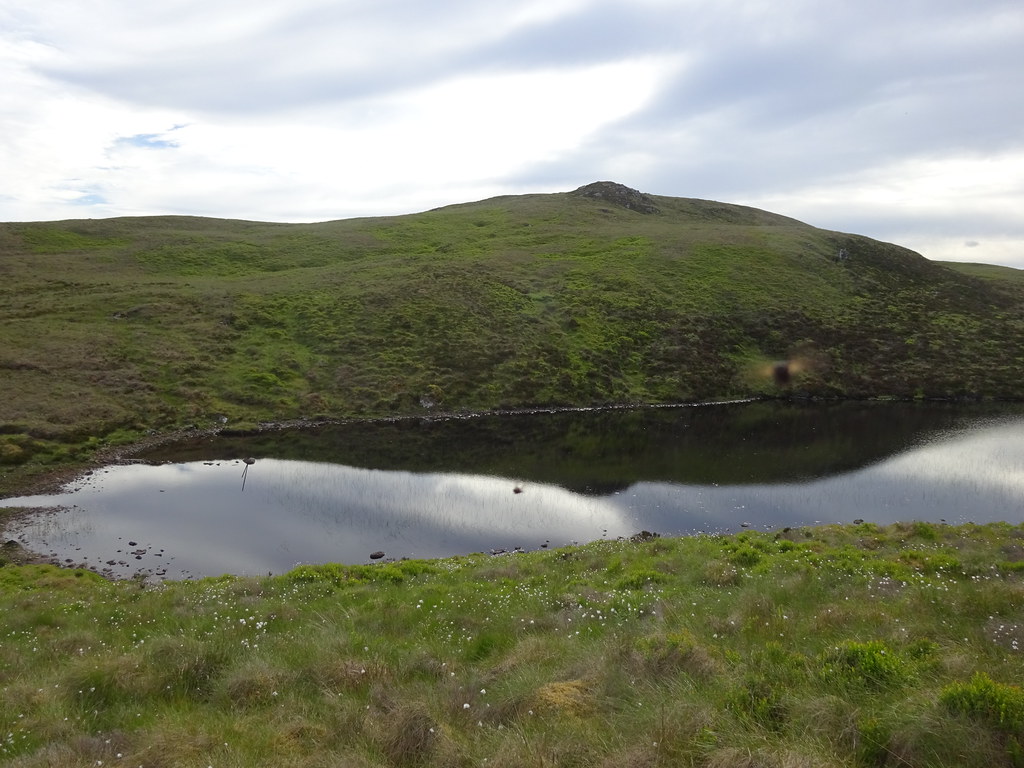 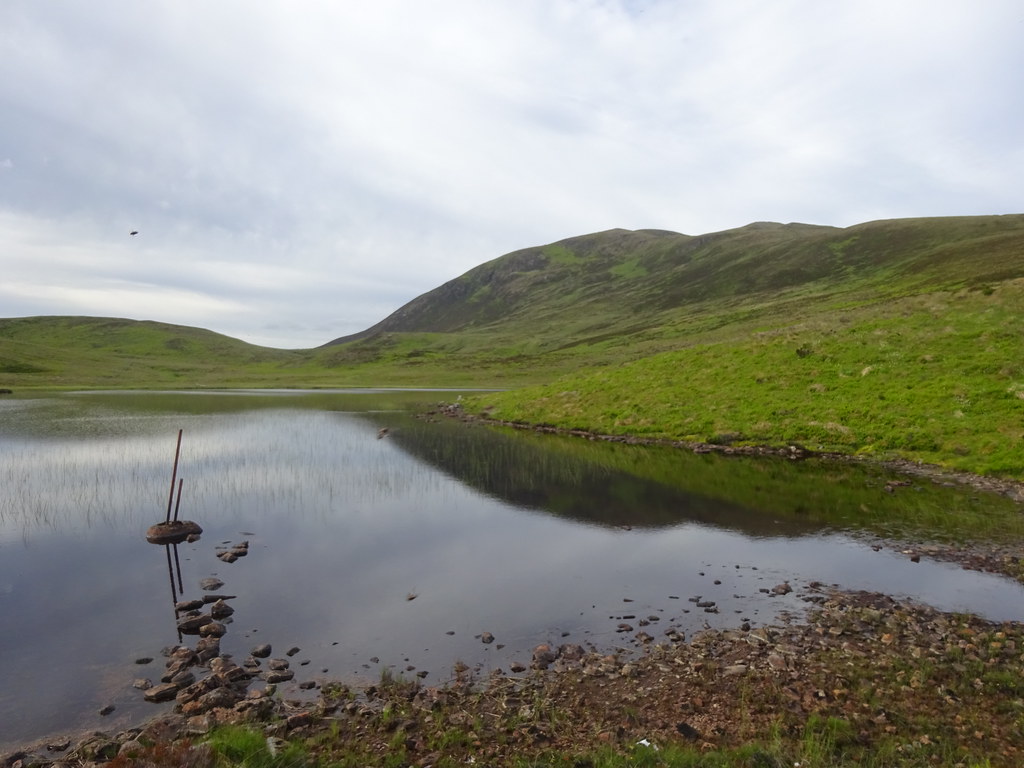 Little Wyvis from Loch a Bhealaich 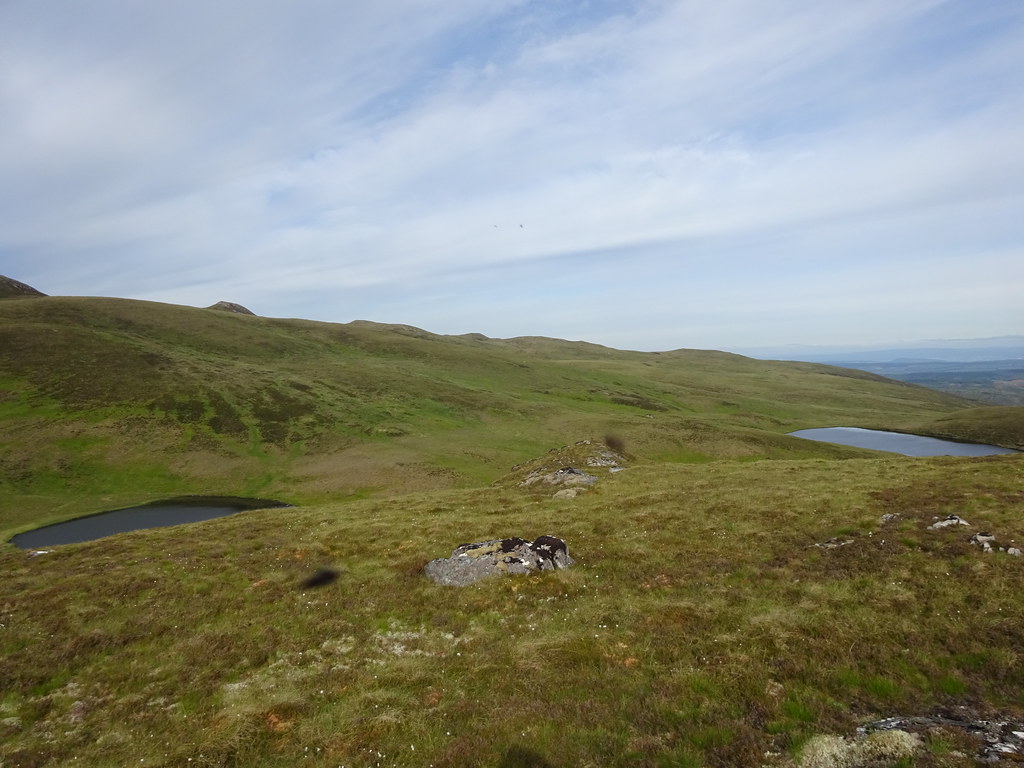 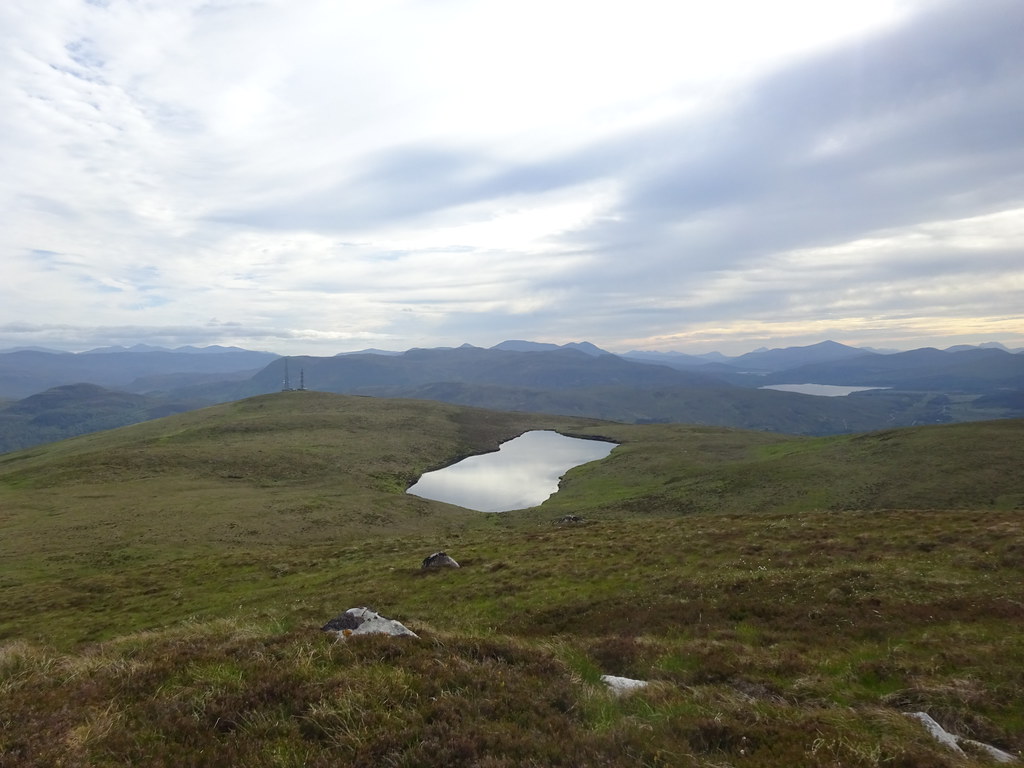 Loch an Tuirc and the radio mast 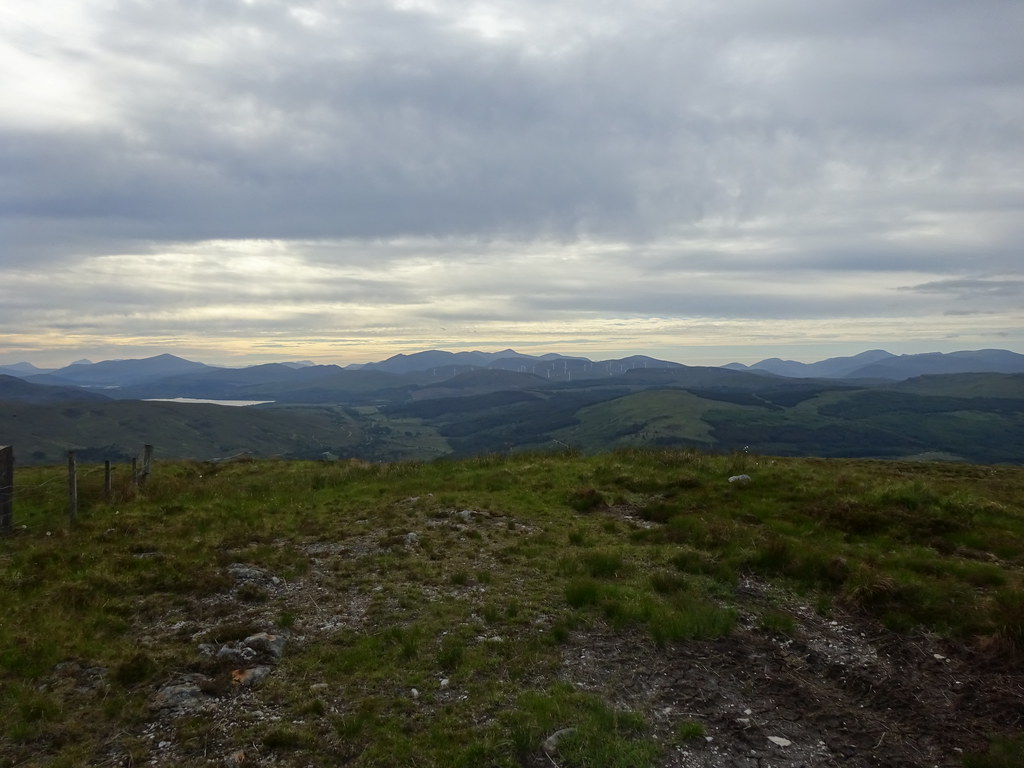 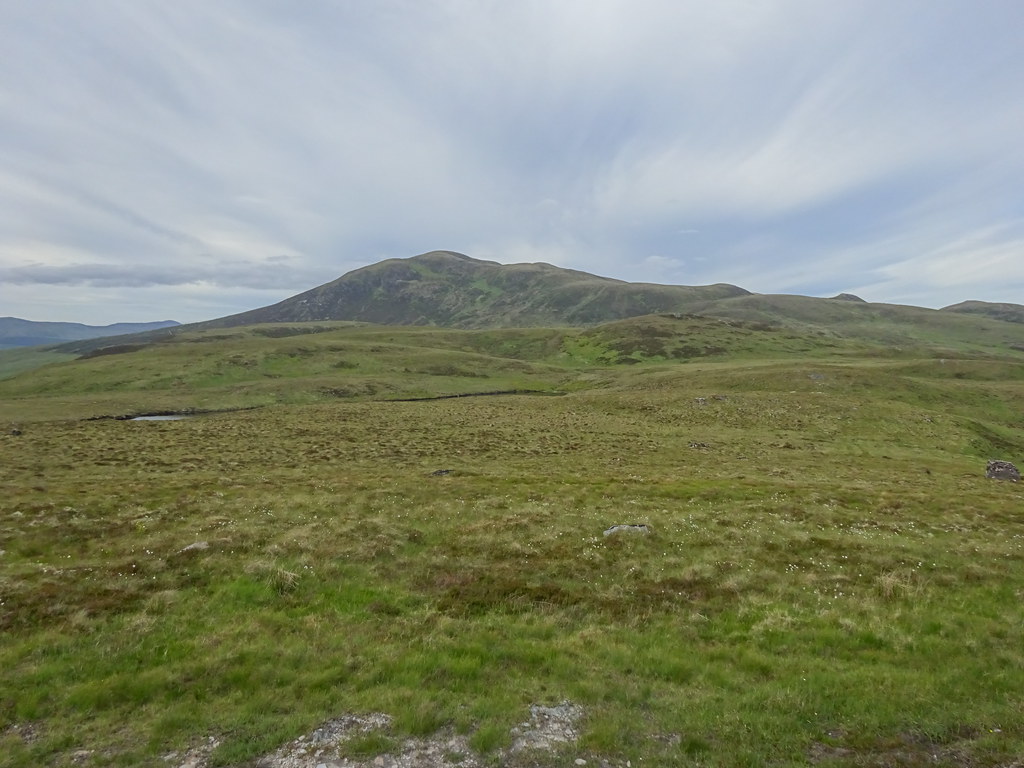 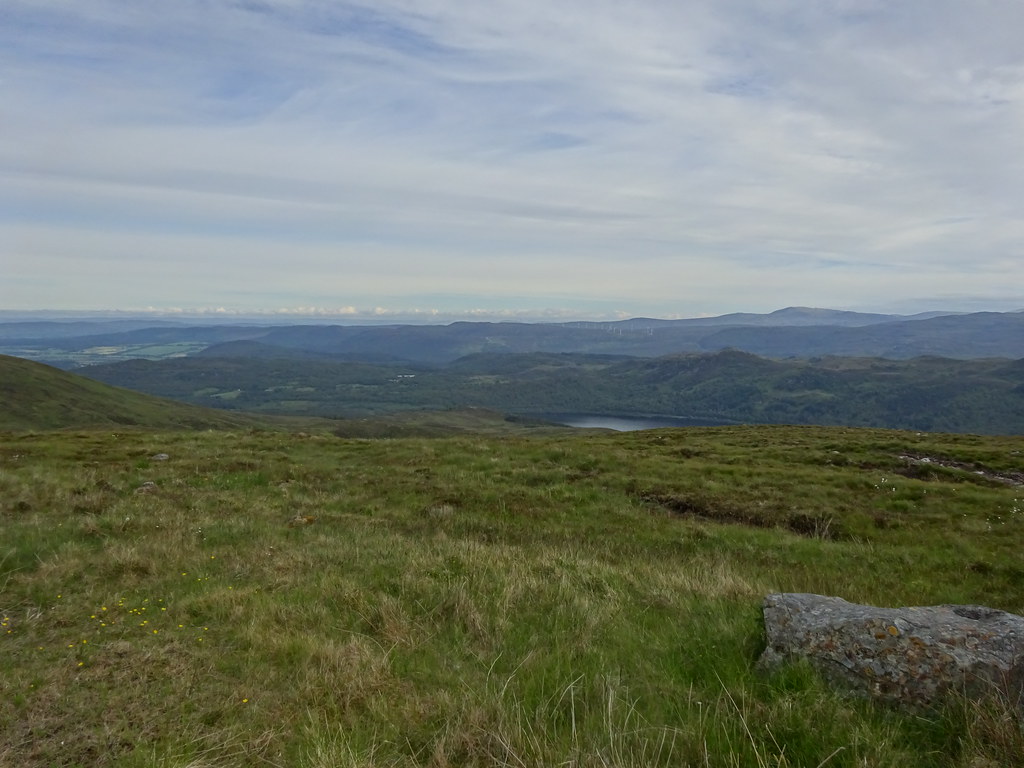 Across Loch Garve to the distant Cairngorms 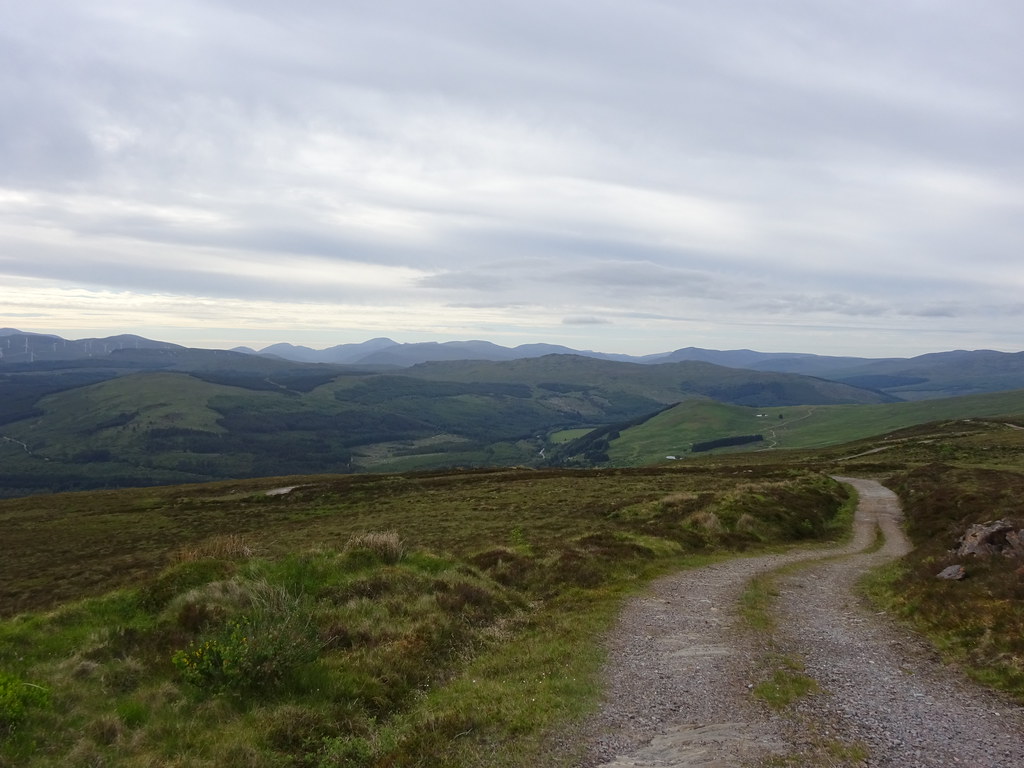 On the track back from the radio mast the going was now quick. I spotted a buzzard out here but didn't have my camera out quick enough. Further down I decided to take an ill-advised shortcut to minimise the amount of step retracing. Deep heather slopes, a rickety (but high) deer fence and deep bracken reminded me just to stick to the track next time! Somehow I avoided picking any ticks up in this, and was down at the car by 7pm 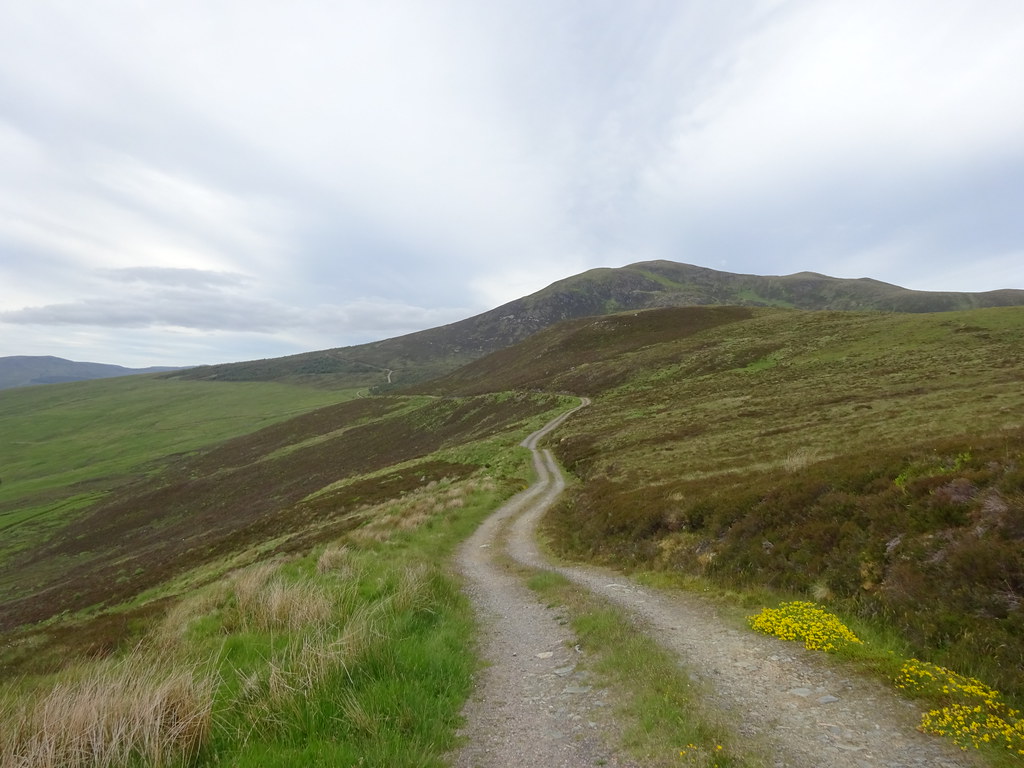 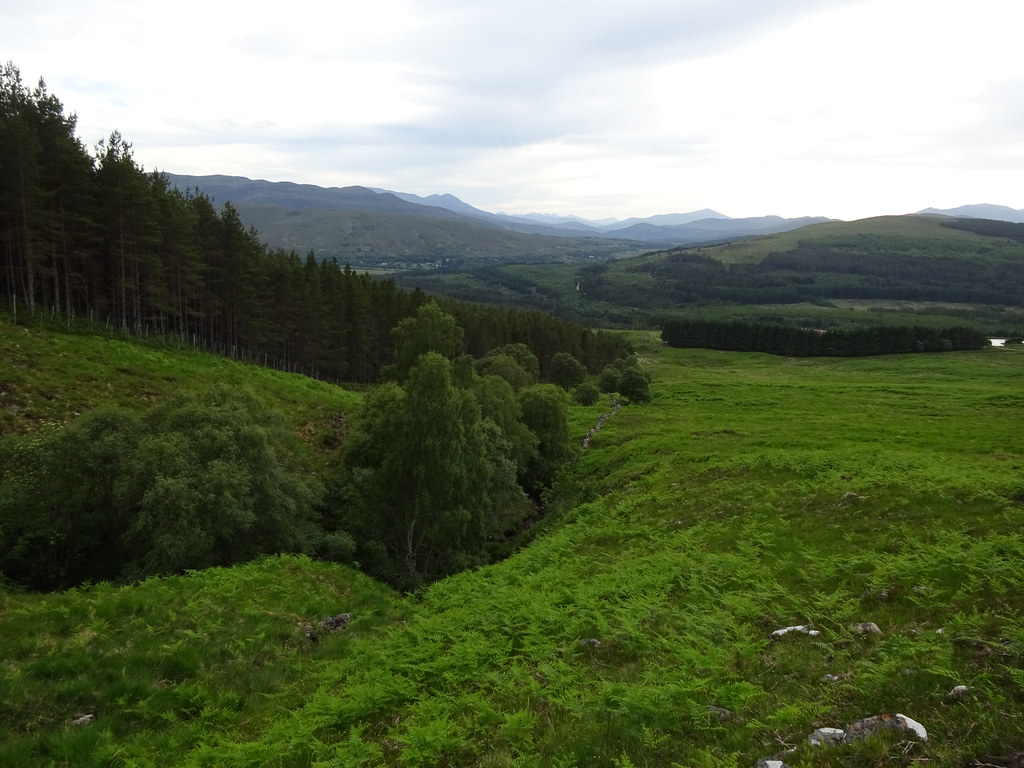 Strathgarve from the final descent

Glad you got out a' bhalaich and a scunner Jackie not feeling better as yet ..... best wishes .

Hi
I went to walk Little Wyvis at the weekend and was wondering what is with the warning/shooting signs on the gates about asking for permission from the council and land owner. Is that just for access to the mast site or the whole hill?
Thanks

Hills4dogs wrote:Hi
I went to walk Little Wyvis at the weekend and was wondering what is with the warning/shooting signs on the gates about asking for permission from the council and land owner. Is that just for access to the mast site or the whole hill?
Thanks

I think the sign is quite old, and left over from when there was a deer park on this side of the hill. According to the official Walkhighlands description which is updated from the latest stalking information (https://www.walkhighlands.co.uk/lochness/little-wyvis.shtml), there are no stalking issues on this particular route.

Stalking info and contacts (which is often incomplete, but quite handy) can be found here:
https://www.outdooraccess-scotland.scot/practical-guide-all/heading-scottish-hills

!Further down I decided to take an ill-advised shortcut to minimise the amount of step retracing. Deep heather slopes, a rickety (but high) deer fence and deep bracken reminded me just to stick to the track next time!"

Since I never do this, it gave me a great sense of superiority....