Extended Newlands Round of 8 Wainwrights from Newlands Hause

Extended Newlands Round of 8 Wainwrights from Newlands Hause


Started the walk at 9am from the parking area at Newlands Hause; early for me! ..and turned out getting there earlier wouldn't have guaranteed a a parking place anyway as it was packed full of campervans who'd been there overnight on the Saturday night. Space for a couple of cars though where campervans had left already, so no need to continue on east to one of the car parks in the area of Cat Bells.

I did the walk clockwise, going up Knot Rigg from the parking area, then continuing along to Ard Crags and descending down to meet the road again at the eastern edge of this straightforward ridge. Didn't have a route up Cat Bells planned, but I ended up going up it from Little Town. Most hills I've been up this year haven't had another soul on them, so Cat Bells was a shock to the system

Only saw 2 other people on Knott Rigg and Ard Crags, but dozens were on Cat Bells! From there things got quieter again, just a few people seen in the rest of the walk round Maiden Moor, High Spy, Dale Head, Hindscarth and Robinson, before the descent back down to the car. A great day's walking! Clear trodden path to follow up the ridge towards Knott Rigg. Grasmoor, Sail and Causey Pike immediately to the north were all hidden in cloud, just as they'd been when I'd been up them doing the Coledale Round last time I was in Cumbria Looking south to Robinson, the last summit to be covered on today's round of 8 Wainwrights Knott Rigg, first summit of the day, with views to the south east showing much of the second half of the horseshoe It's a straightforward, enjoyable ridge walk from Knott Rigg to Ard Crags (Cat Bells at the end of the valley on the right there) Pano from Ard Crags of most of the upcoming route - following the ridge down on the bottom left towards Cat Bells (left) then on along that ridge to the right to Maiden Moor, High Spy, Dale Head and Hindscarth. Many of the hills around were a bit cloudy, but fortunately it looked good (and stayed good!) for the Newlands Round of hills. Descending NE from Ard Crag with Cat Bells the next target ahead. At this point I still hadn't decided what route I'd take up it, but I ended up heading for Little Town, the hamlet of white houses in this shot, and going up from there Short stretch of minor road walking to get to Little Town Heading up to the col between Cat Bells and Maiden Moor, this was the view back over Little Town to the Aikin Knott - Ard Crags - Knott Rigg ridge just done There were more people at Cat Bells summit than I saw in the rest of the walk put together! It is a nice wee hill and viewpoint though

Another pano of today's horseshoe, this time from Cat Bells looking WSW along the valley (start point was up the top the valley upper central in this shot, out of view). Maiden Moor is the next Wainwright, following the path to the left in this photo. Cat Bells, Derwent Water, Keswick and Skiddaw on the way towards Maiden Moor (there's a cairn at this point, but it's not Maiden Moor's summit) As usual, the herdwicks were pretty relaxed about things, didn't even bother standing up as I passed It was a detour from the main path to go to the Maiden Moor cairn, would have been easy to miss it out Descending High Spy to the scooped out shoulder east of Dale Head, a flattish area with tarns and the start of the Newlands Beck For anyone not fancying the whole of this circular route, there's a clear path descending north alongside the Newlands Beck from here This was a nice area to stop for lunch, plenty rocky outcrops or stone walls to give shelter before starting the steep ascent of Dale Head 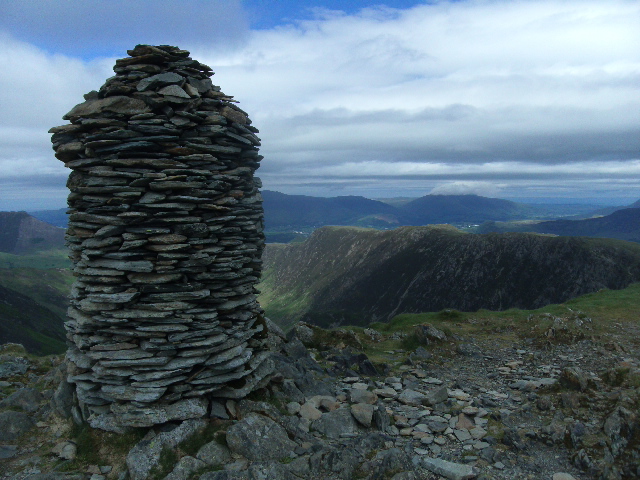 Dale Head summit, highest peak of the round Looking north down the Newlands Valley The path now continues onwards to Hindscarth and Robinson (both of these hills have ridges with worn paths which head north or north east down towards the Newlands valley area, but I was heading back to Newlands Hause so just went to the summits and continued going round) Fleetwith Pike to the south (Honister Pass is down to the left, Great Gable is in the background with head in the clouds) 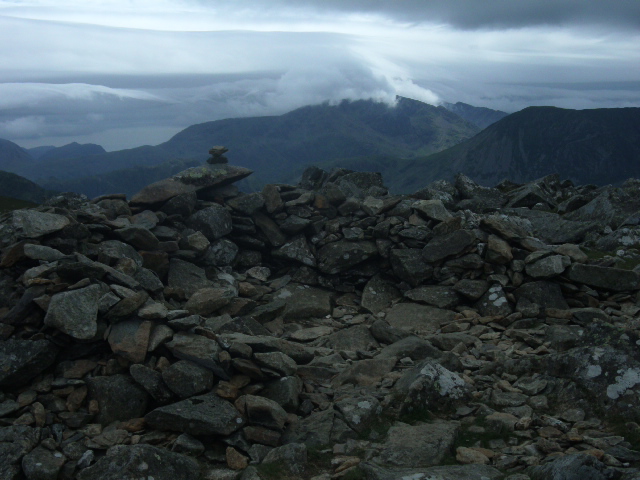 Descending back down to the car at Newlands Hause, car park looking a lot quieter now, mainly people visiting the waterfalls. Path up Knott Rigg taken at the start of the day is clearly visible. Last look back up at Robinson, 8th and final Wainwright of the day Re: Extended Newlands Round of 8 Wainwrights from Newlands H

An outstanding route, must be one of Lakeland’s best for views.