So, 2019 was supposed to be the year of my triumphant return to the hills, after a 7 year hiatus. And while that didn't really happen, I did find myself on a new posting at work, in the company of some keen climbers and even a couple of MRT types.

Being pretty out of condition, and not having climbed a hill worth mentioning for years, I decided to seek the opinion of one of said experienced mountain men, on some easy "practice" scrambles, that would be good training for getting back onto more serious pitches. Quoth he, "Have ye done the Pink Rib?" No, but it sounded interesting, and from his descriptions I duly deduced it to be the southern face of Beinn a'Chrulaiste, a mountain I'd passed often, but bever considered going up. Time to change that.

2020 rolled around, and save for a low level saunter round Loch Tulla and over the wee puddin' of Mám Carraigh, I managed heehaw else before The Event happened, and we all got snibbed.

Fast forward to 2021, serious wanderlust has now kicked in, and with things starting to get moving again, I decided to do so too. Plans were duly laid, route planned out and weather watched for a suitable day off. Wednesday 30th June it was. My initial plan to start at the obvious Jacksonville Carpark was scuppered the night before when I learned it had been shut by the local authority, and was now only accessible by MRT. Fall back to plan B, and a start at the Lagangarbh car park, and tab it along the Old Military Road. While adding a couple of miles, this turned out to be a blessing in disguise, as it cut out having clamber over a femce and at least a short stretch of plodding through heather. 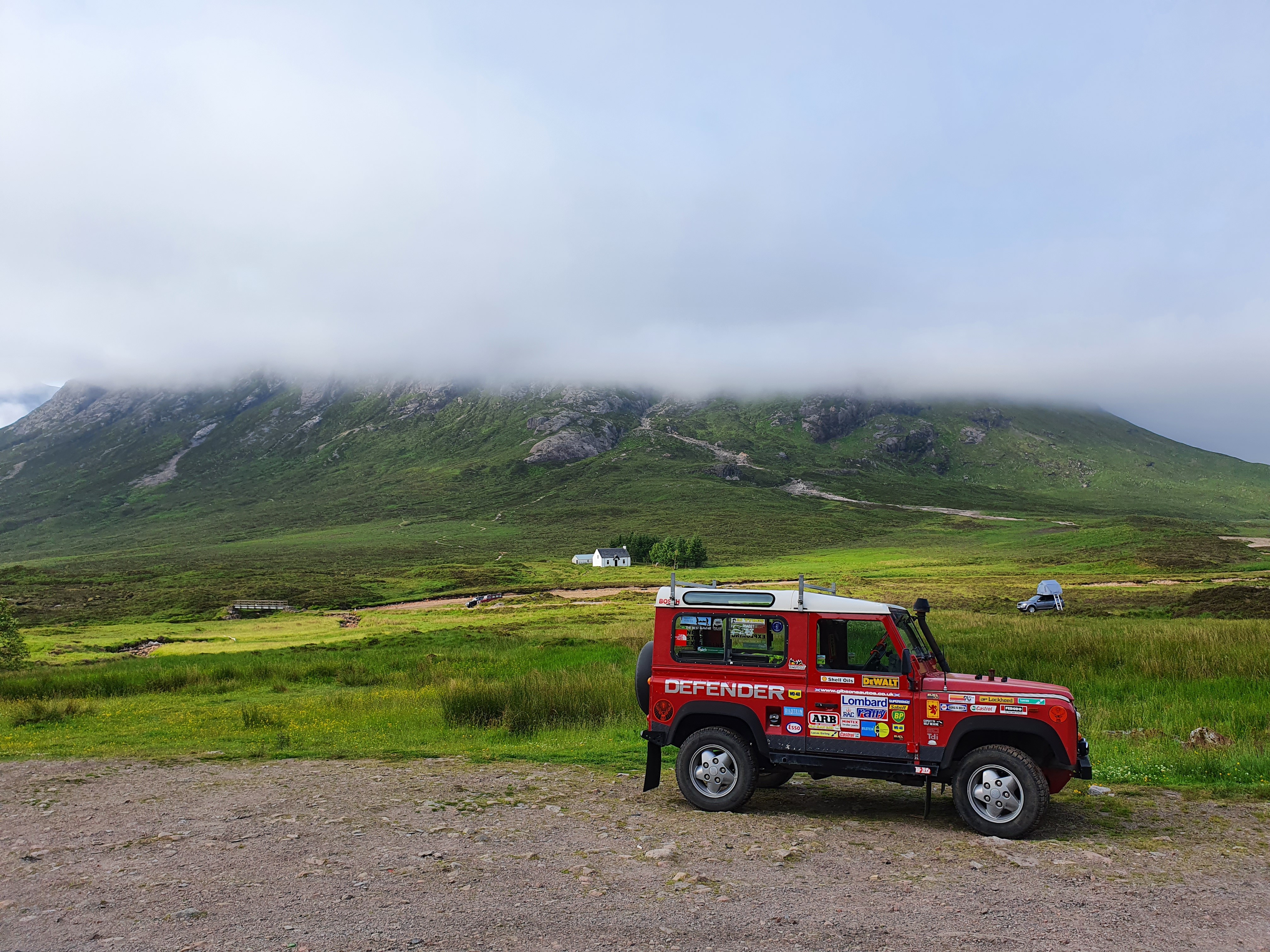 Arriving at the foot of the Beinn, the instruction of "Head north from Jacksonville car park and locate the pink rib" was easier said than done. A bit of rough map work and educated guessing told me I was more or less where I thought I should be (I was). 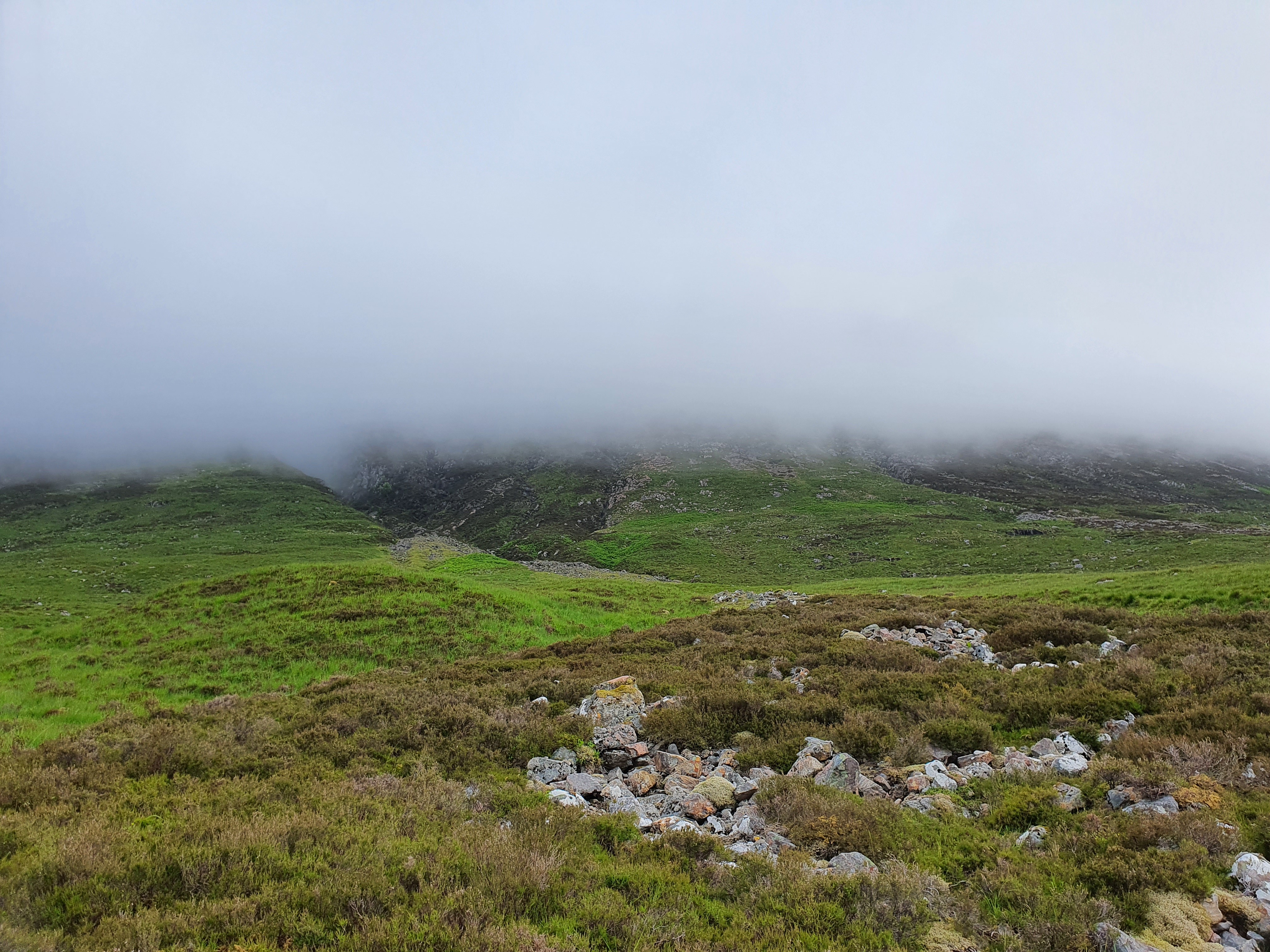 Having identified an obvious route up to the start of the Rib, I quickly discounted it as being too obvious and good to be correct, and set off on another. Of course I soon learned that the first route was the one I should have taken. Cue much scrabbling about over scree, heathery tussocks and other associated ankle-twisters and I eventually located the start of the Rib. Now the fun could begin. 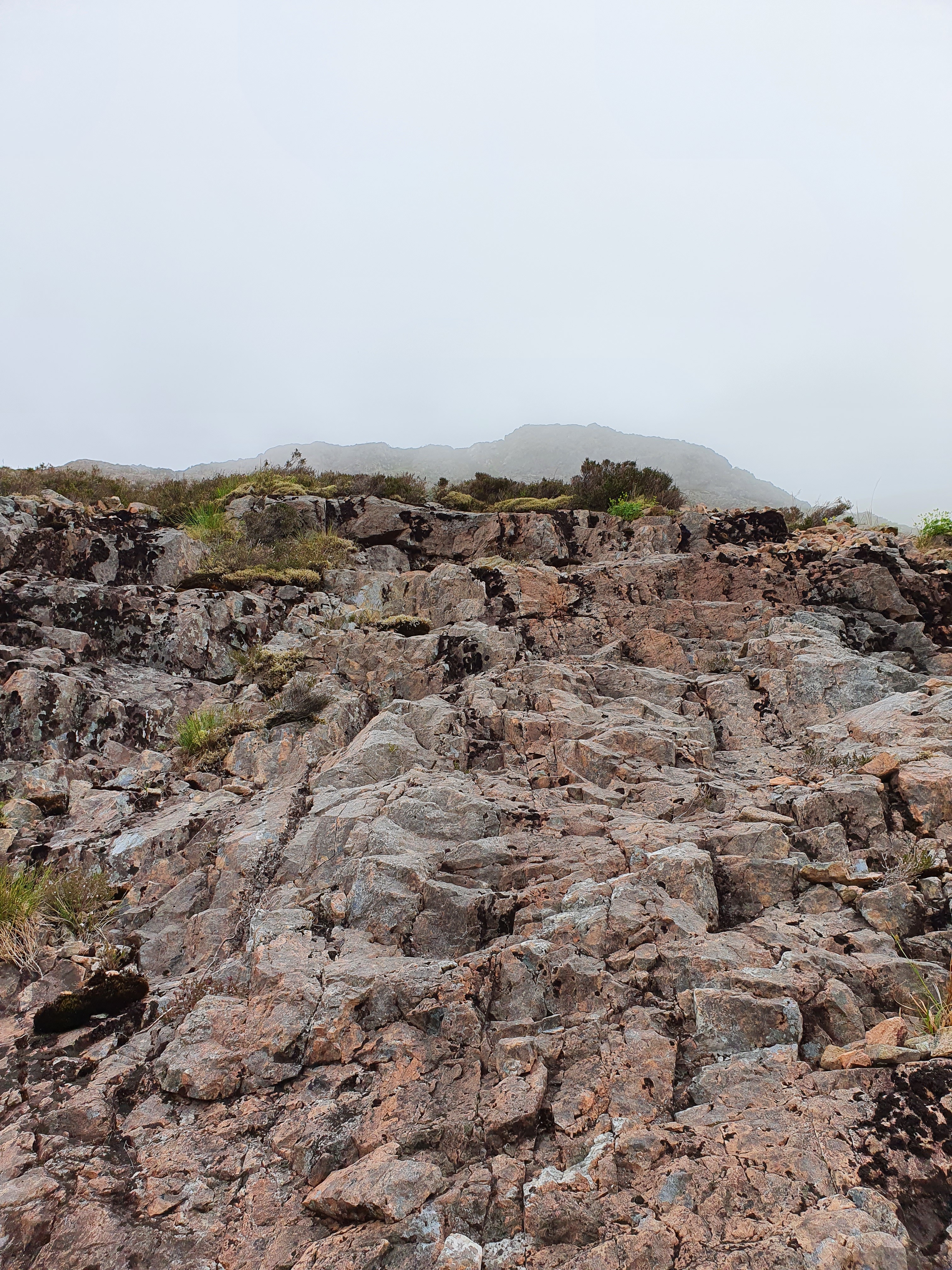 As promised, some easy, good fun scrambling ensued. Plenty of good big juggies for an artless bumbler like me to grab on to as I puffed my way upwards through the clag in a trail of broken fingernails and boot leather. It was about now that I learned that no matter how effective or otherwise Lifesystems Tick Repellent may be against ticks, it didn't seem to bother the midges (or later the clegs) much. 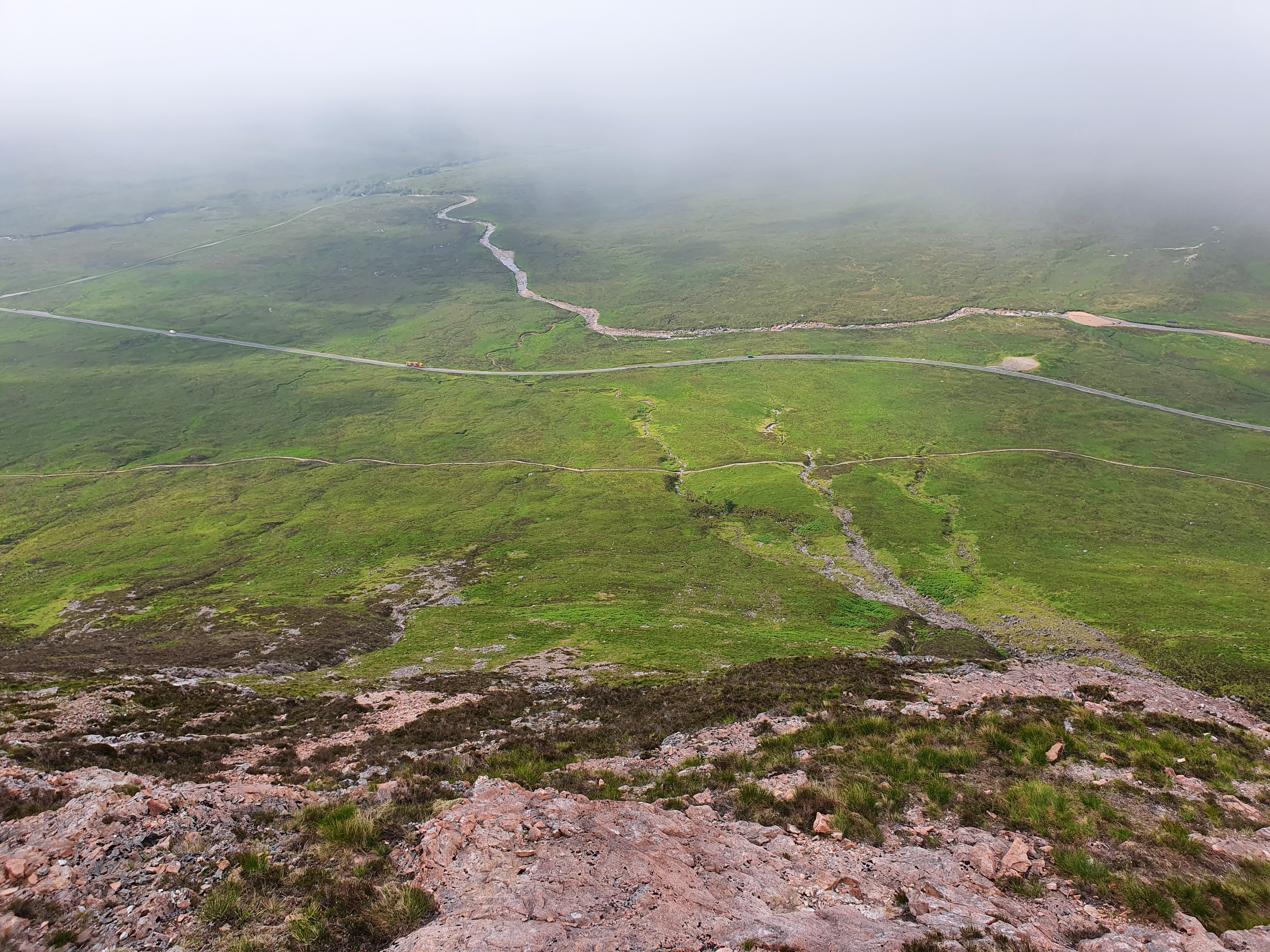 Trying to look more interesting than I actually am...

Eventually burst through the clag and the surrounding lanscape hove into view, wonderful vistas of Buachaille Etive Mor... 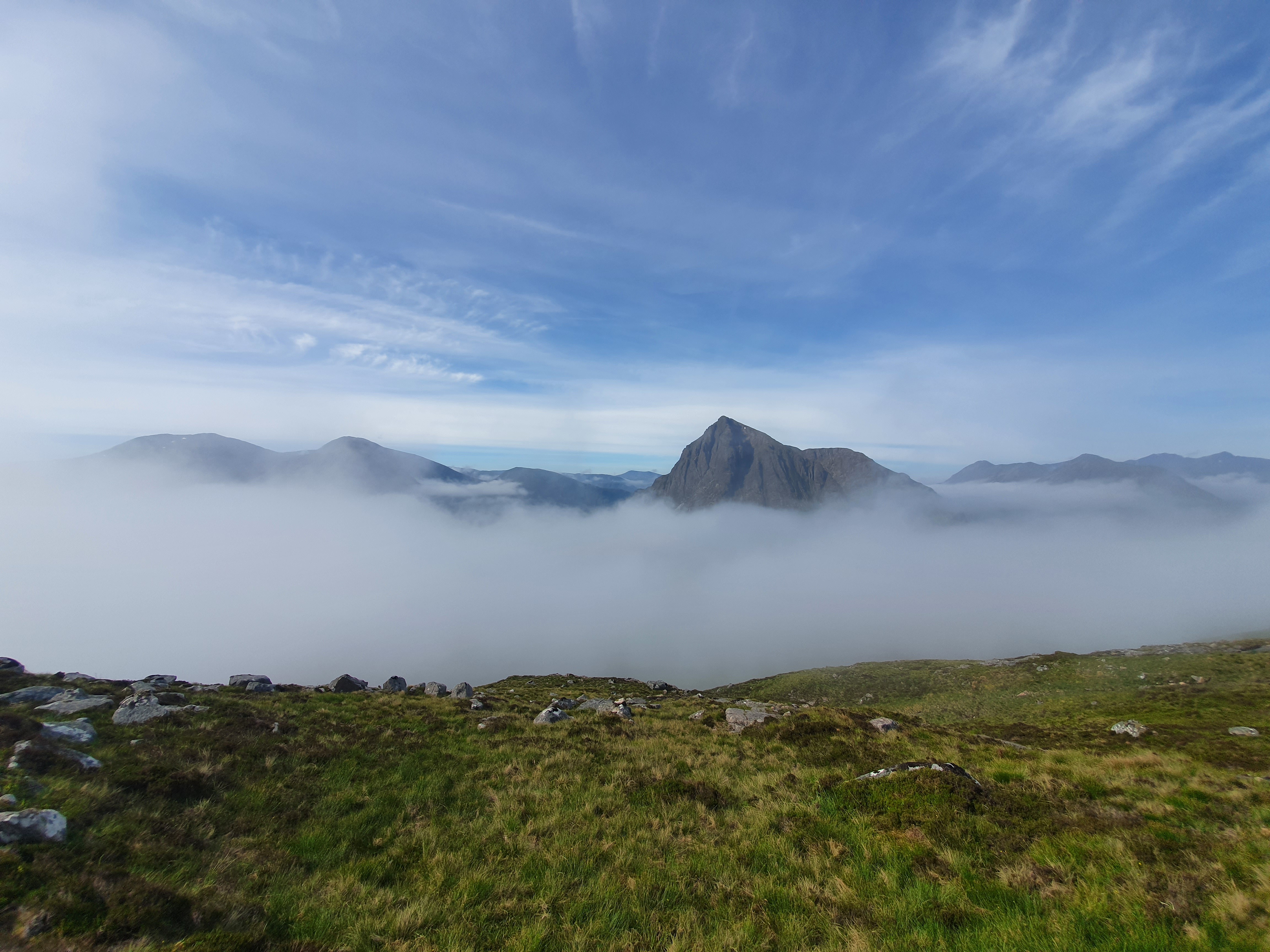 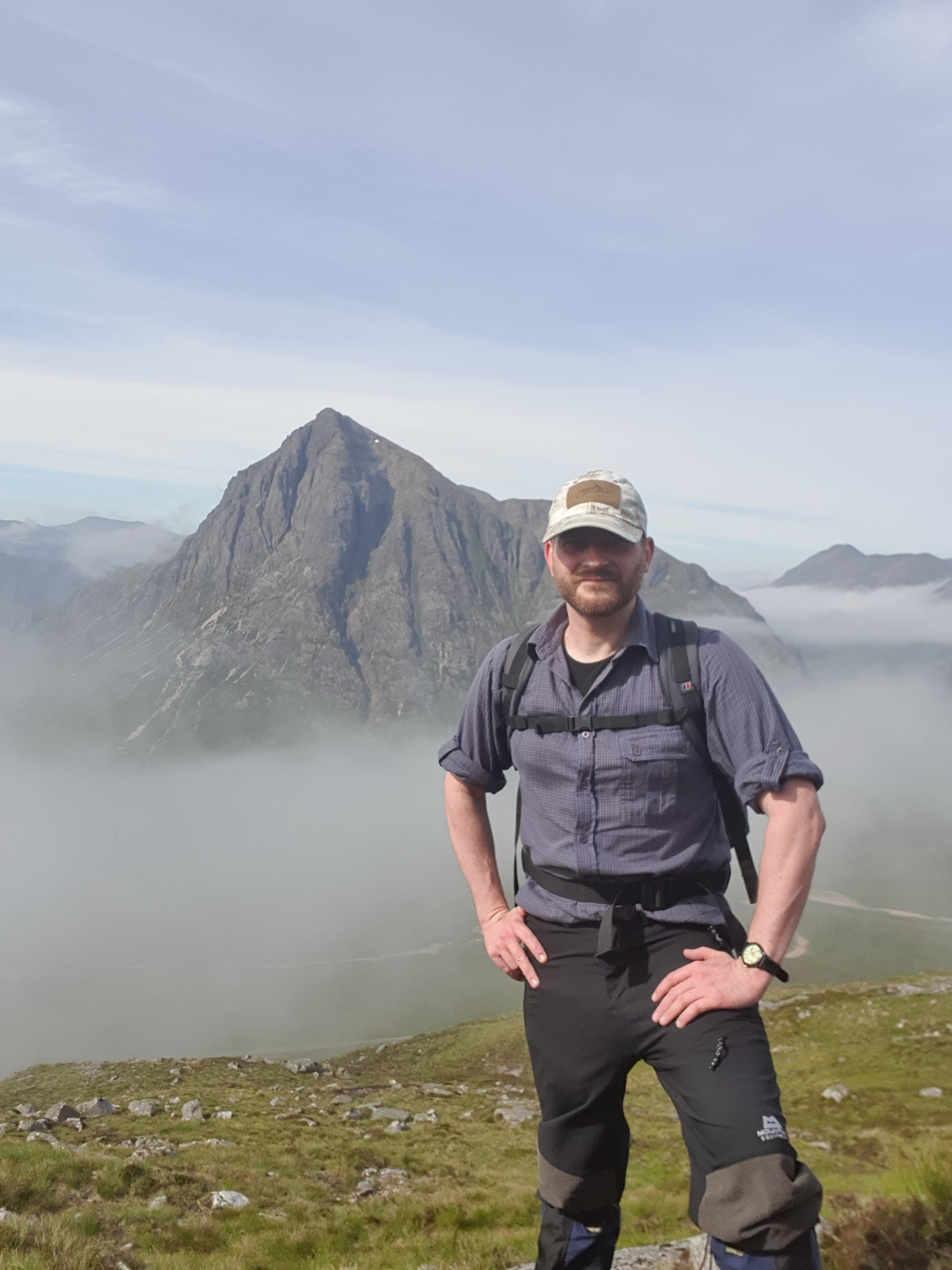 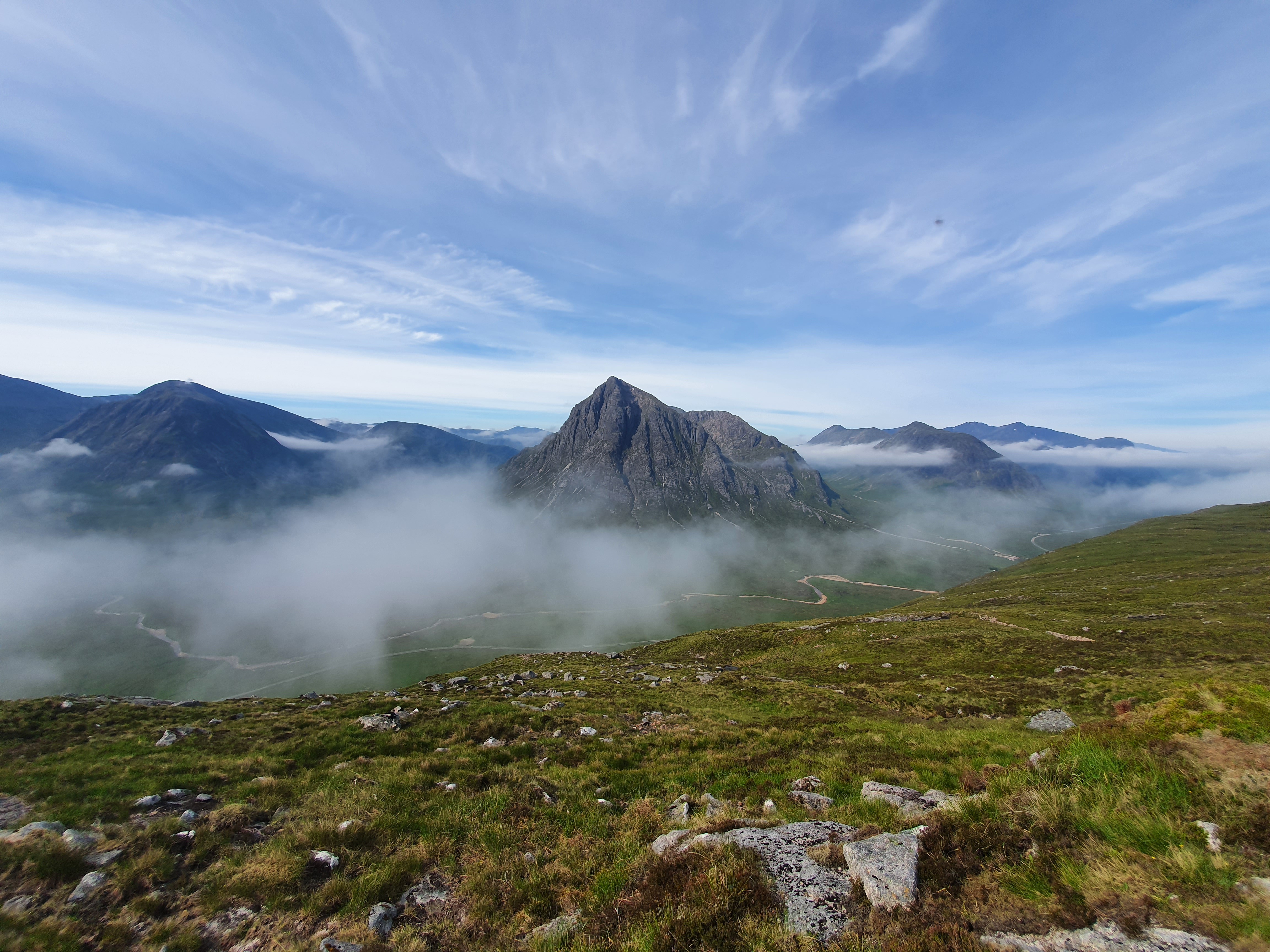 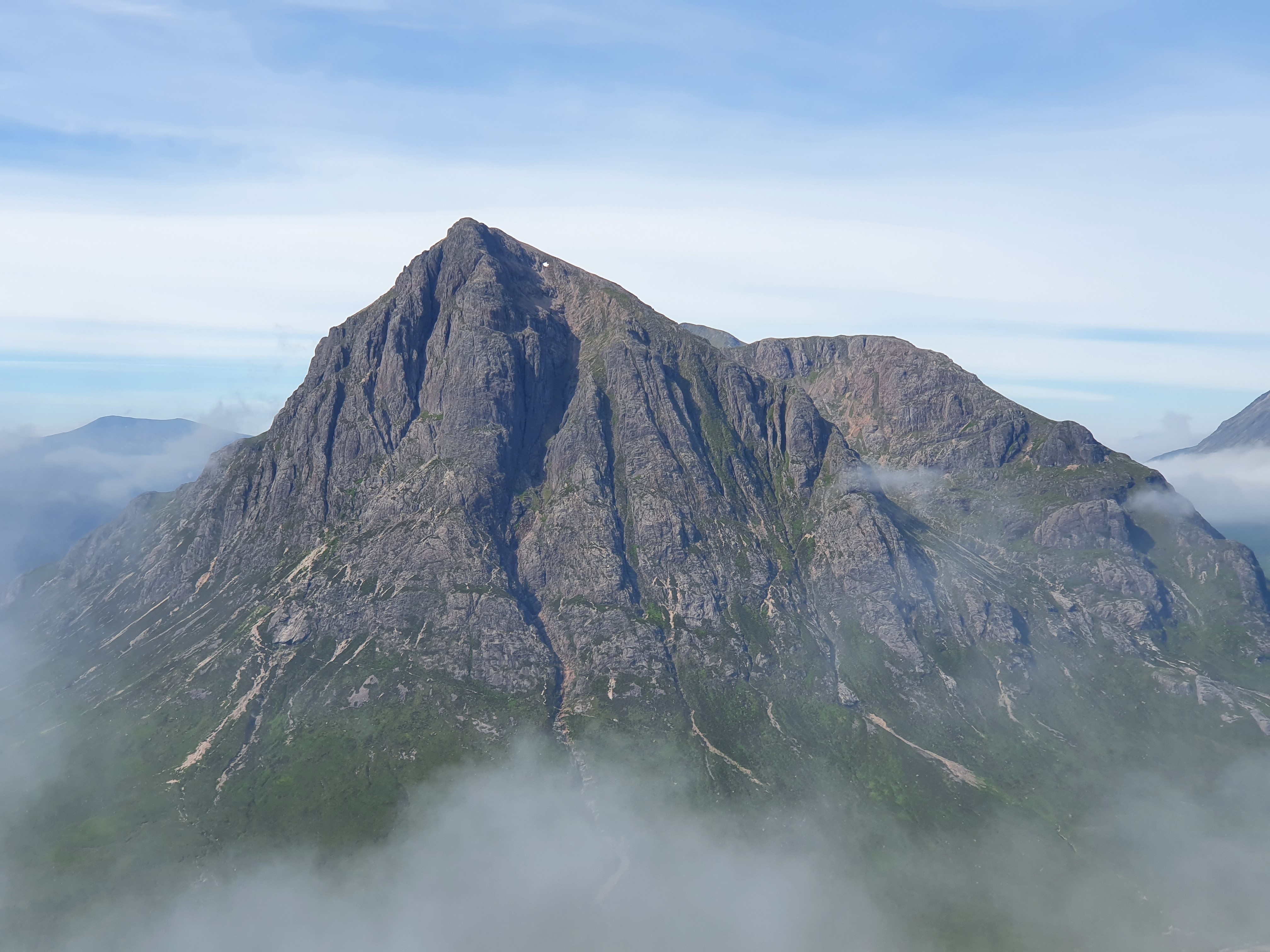 A reasonably (mercifully) short plod thereafter took me up to the summit. Only other person on the hill was a photographer out with a long lens and tripod, taking some shotsof the Buachaille. No sign of him when I reached the summit, so I assume he must've came back down the way he came, down the Stob off to the west. By now the sun was well up, and the last of the cloud burned off. 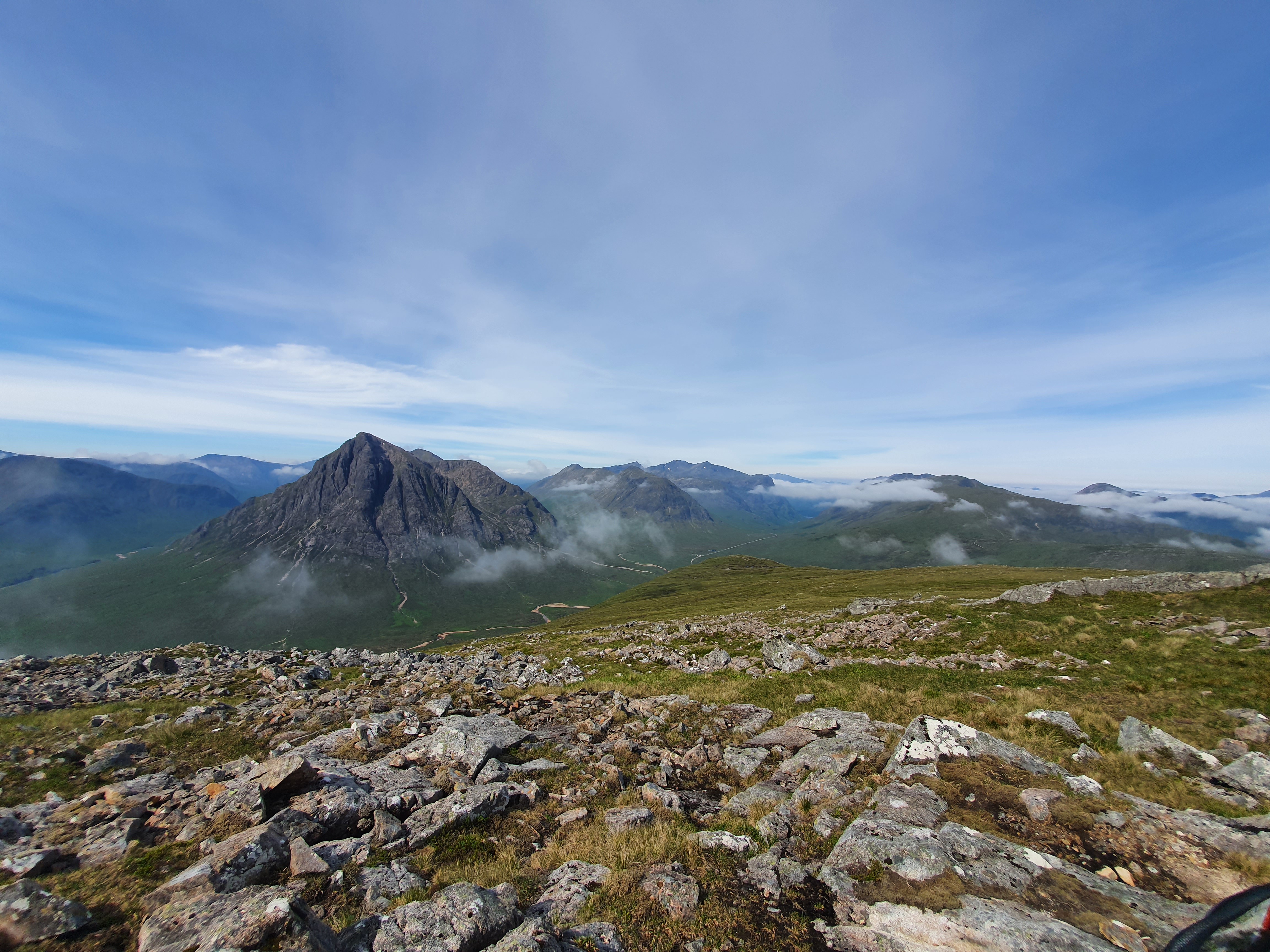 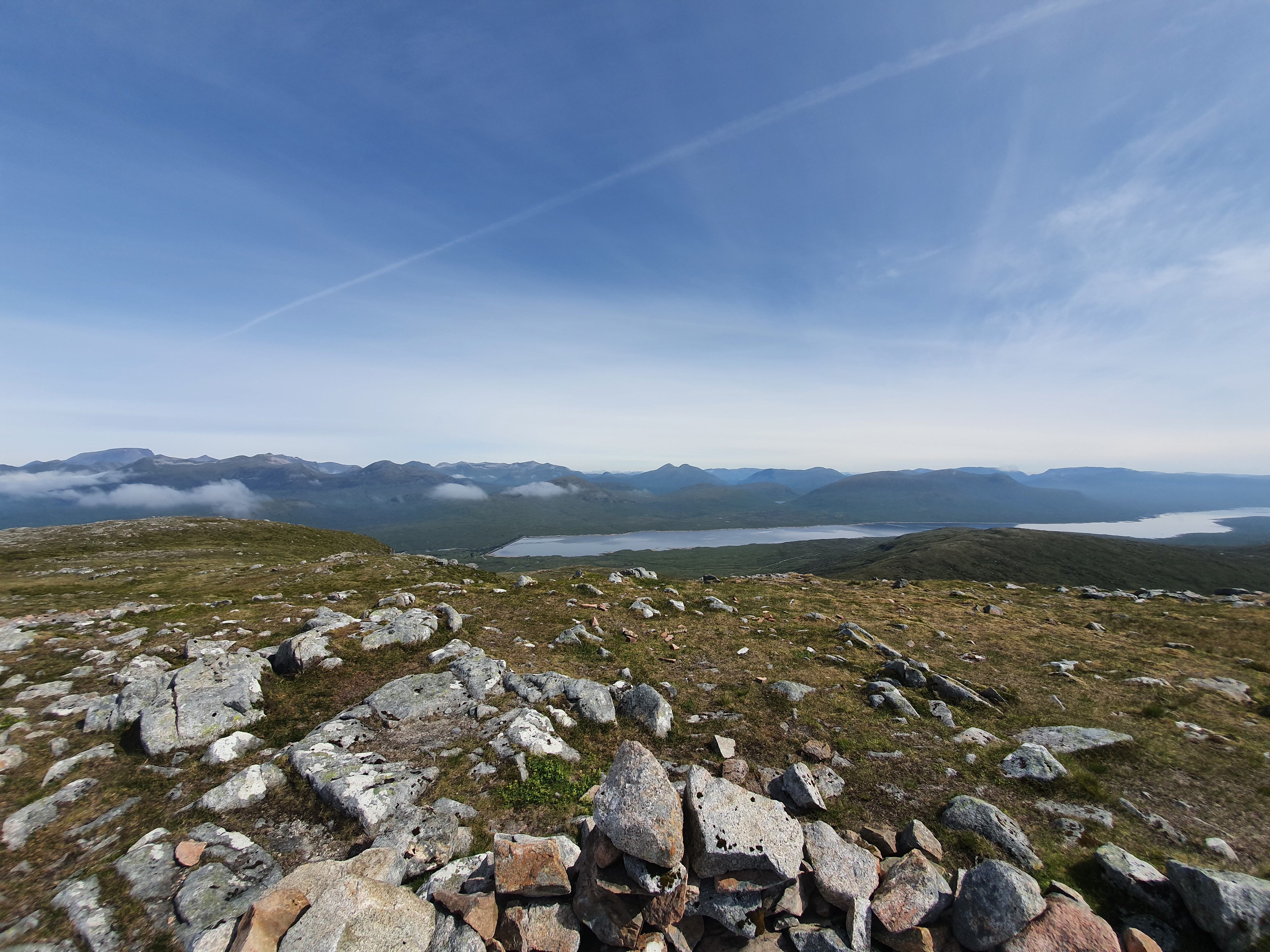 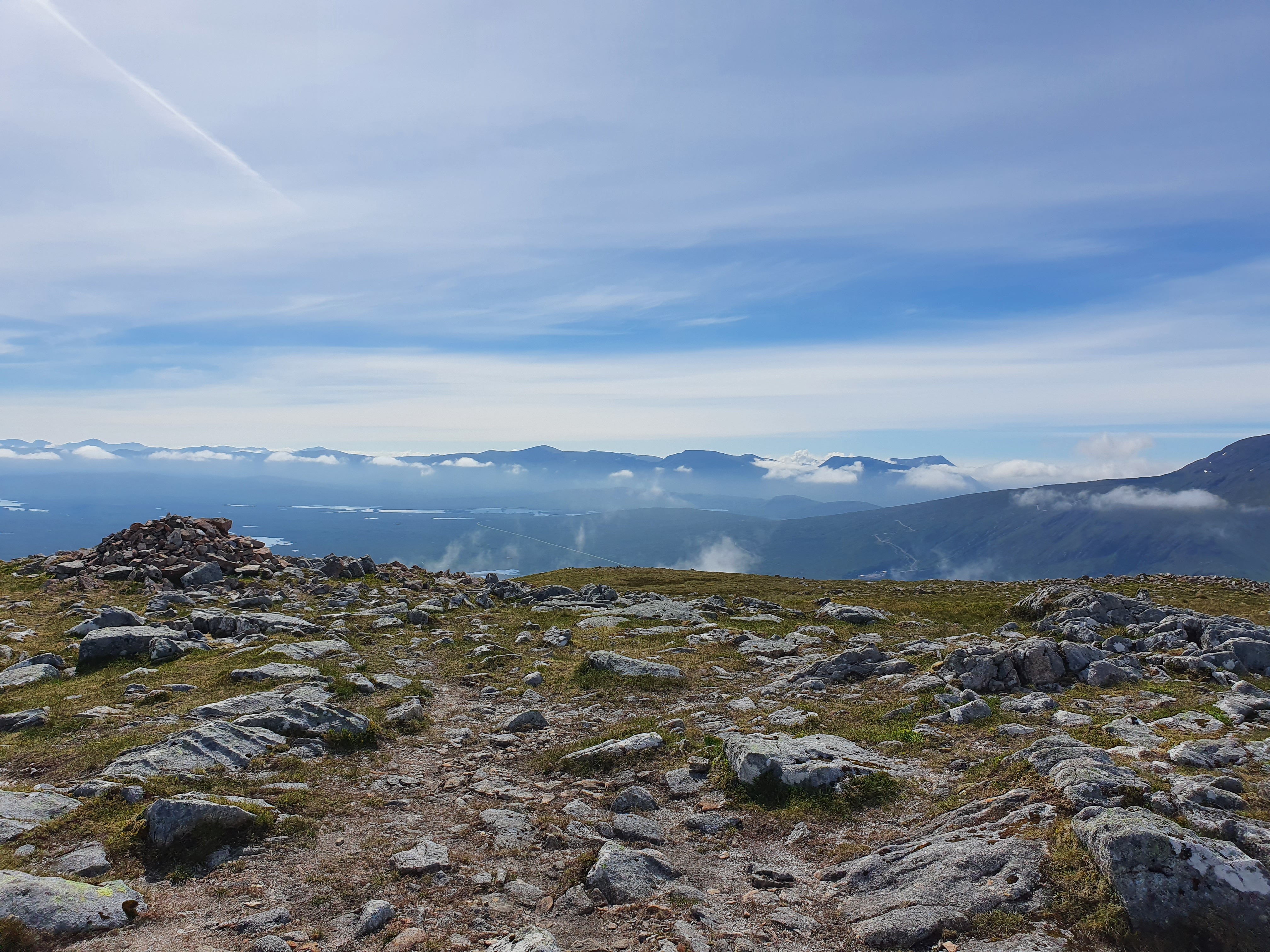 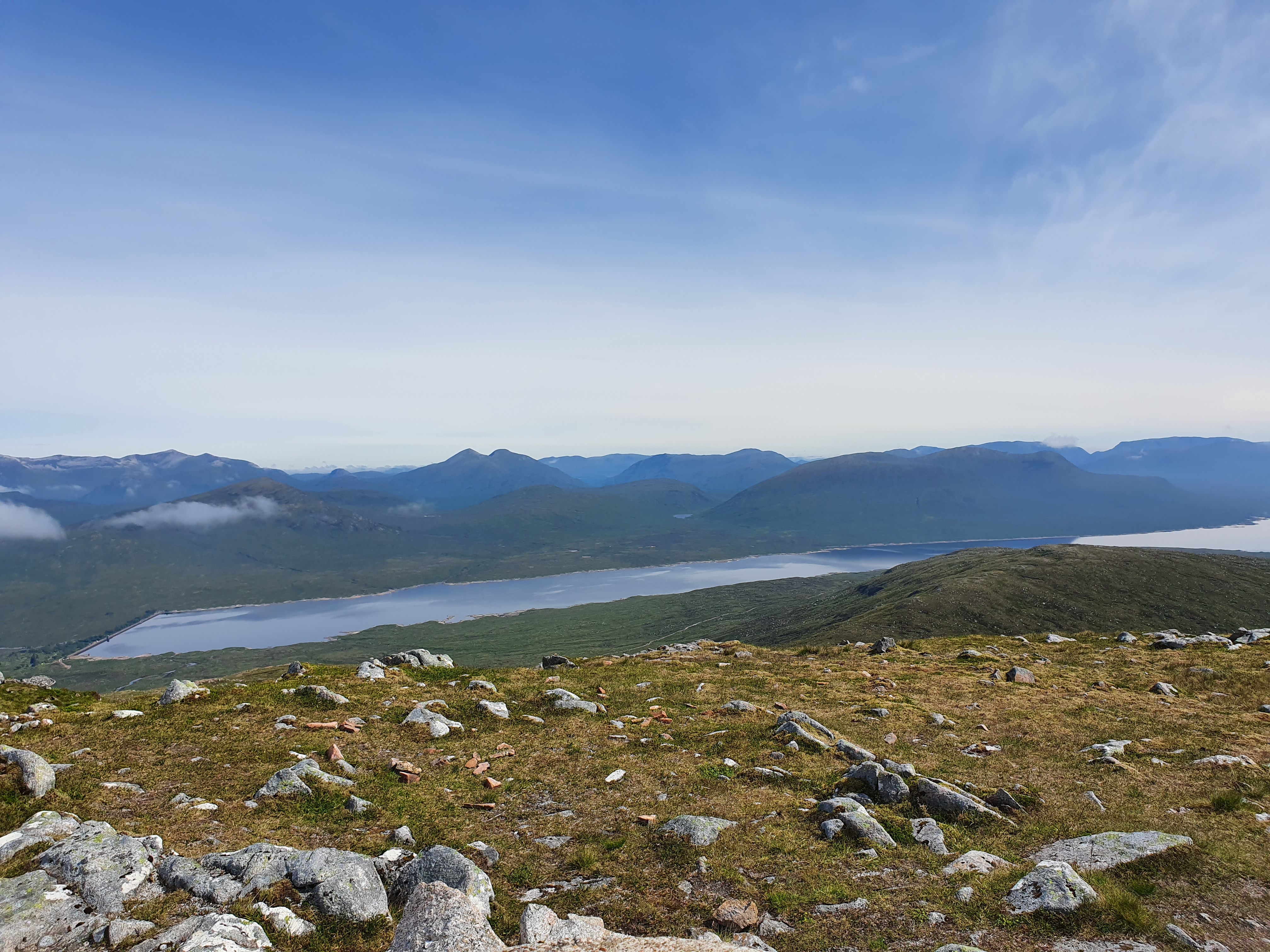 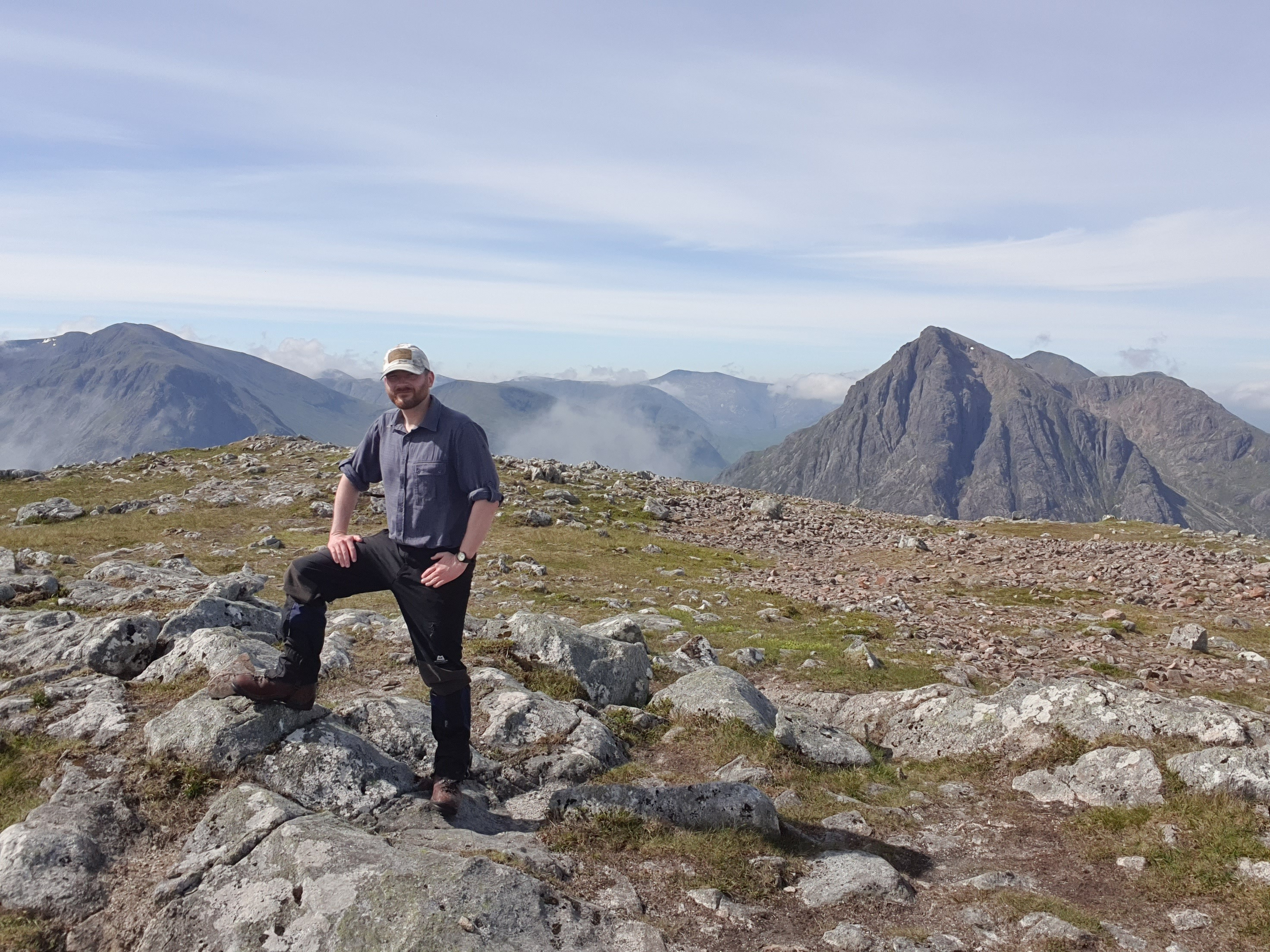 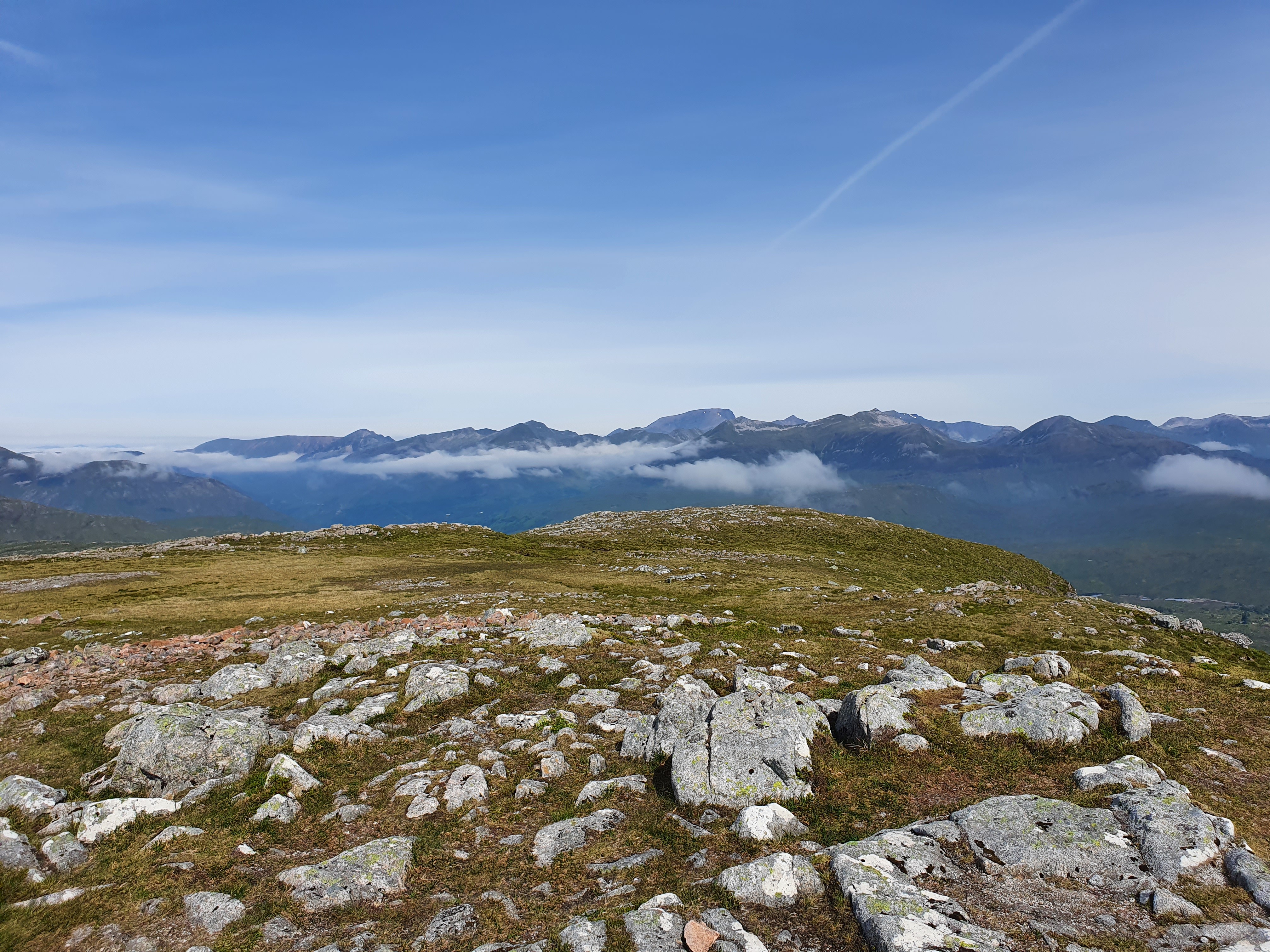 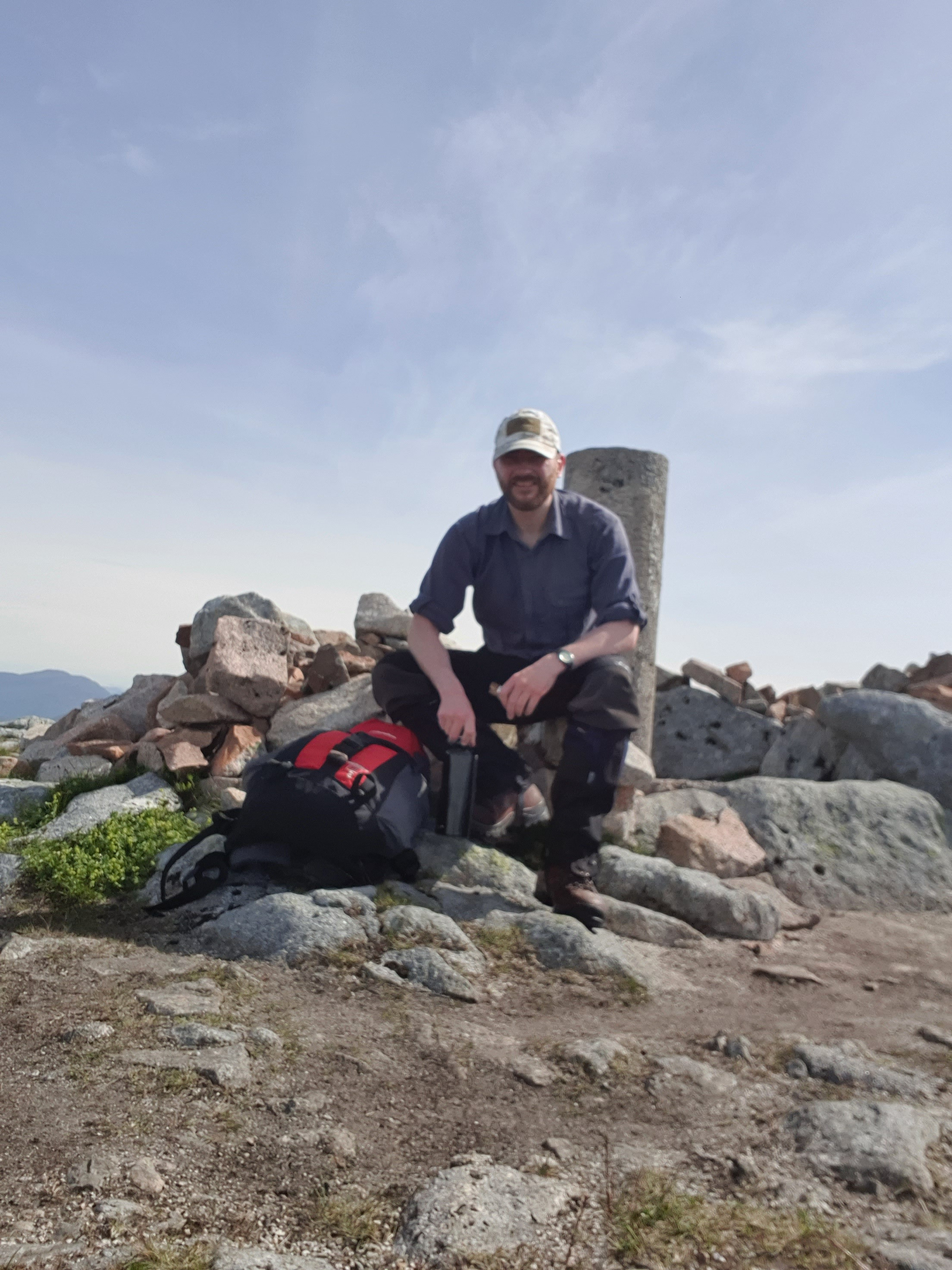 A spot of breakfast and a change of shirt, and time to start the descent to the Allt a'Bhalach, following the watercourse down to the King's House. 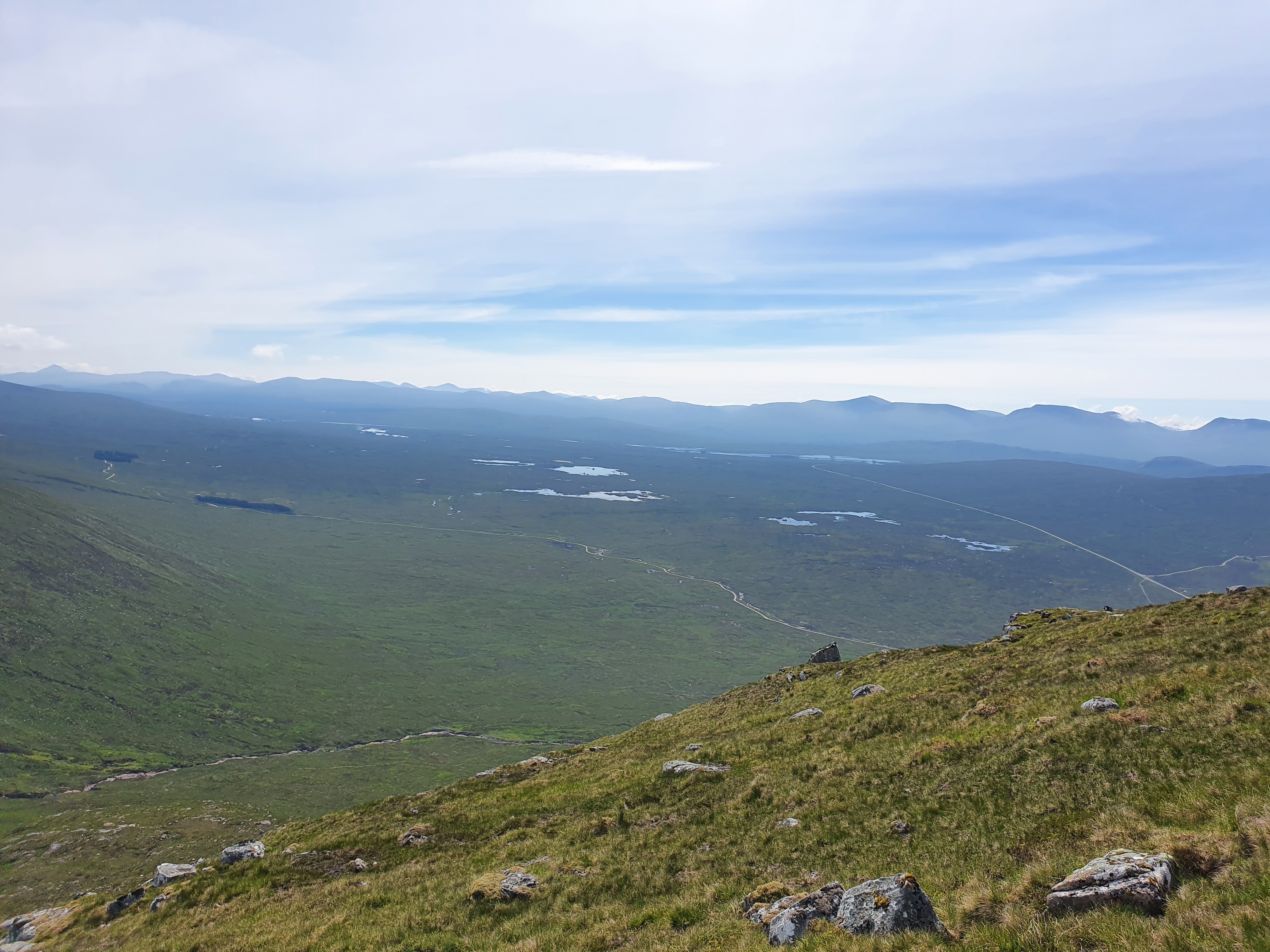 Reaching the flat ground, the rest of the glen emerges back into view... 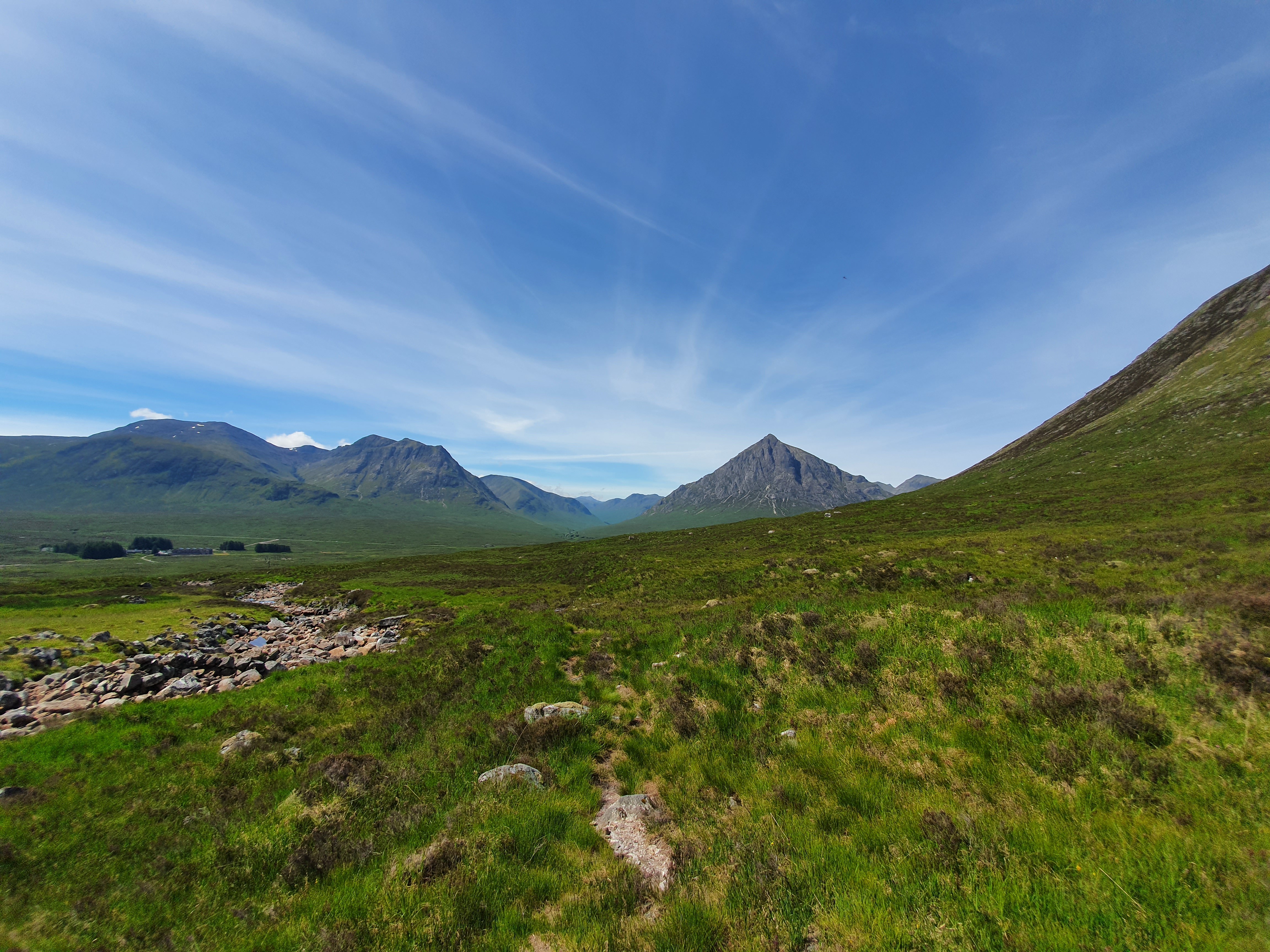 And at 1210, arrival at the King's House, just in time for a spot of lunch. Slightly longer day worked out in my favour, here! 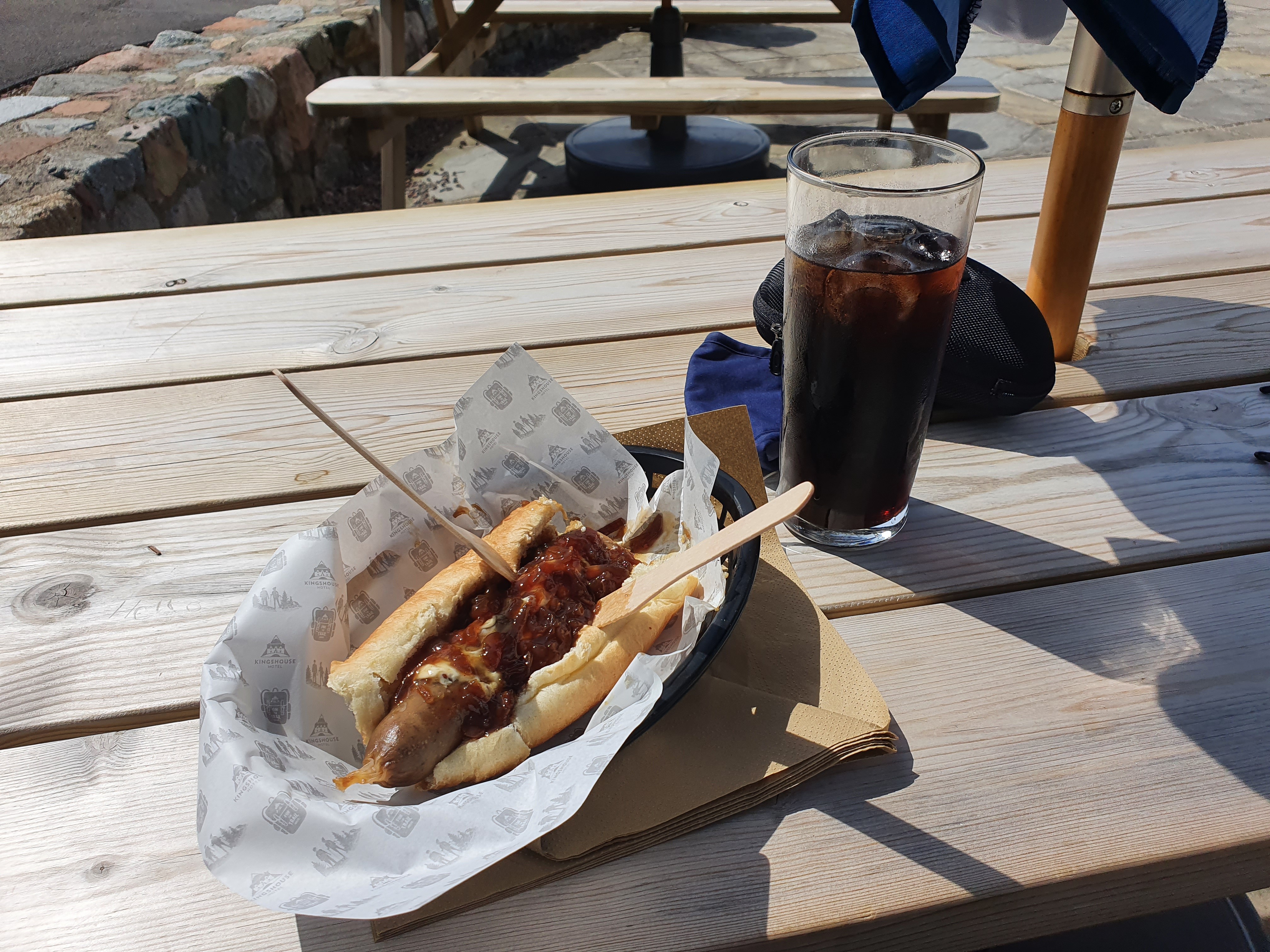 Fed and watered, I began the trudge back along the OMR, and lo and behold the view I'd been looking forback at the start! 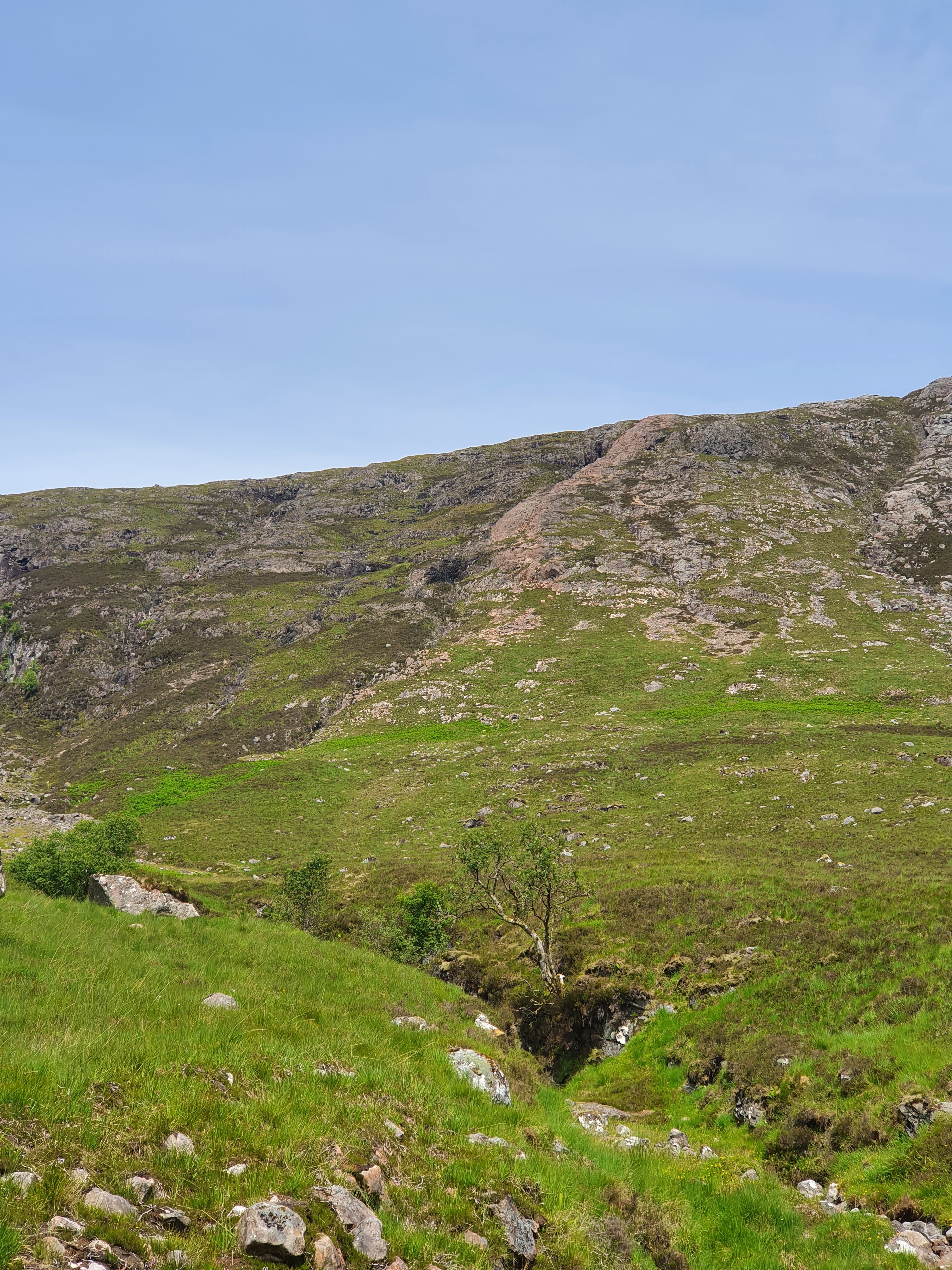 Just under 3 hours total moving time, with a total of about 5.5, taking in time for stops and faffing about taking pictures. All in all, a very enjoyable day, blisters and stiff knee notwithstanding!

Re: A Scrambler's Return: Tickling The Pink Rib

Remember reading (elsewhere) a TR of a guy taking his three year old up here, so immediately filed it away under "Scrambles Even I Might Do One Day." Much better impression of what it is actually like, plus the three year old had a rope. Perhaps one day.

BTW I liked The Event happened, and we all got snibbed.. Didn't we just.

Re: A Scrambler's Return: Tickling The Pink Rib

Sgurr wrote:Remember reading (elsewhere) a TR of a guy taking his three year old up here, so immediately filed it away under "Scrambles Even I Might Do One Day." Much better impression of what it is actually like, plus the three year old had a rope. Perhaps one day.

BTW I liked The Event happened, and we all got snibbed.. Didn't we just.

It is a very easy day, I'd say it doesn't even really merit being listed as a Grade 1 scramble, go for it!