Well where to start, firstly we were one down as George was washing his hair - only joking, he was determined to try and avoid a return visit to Glendessary so had arranged to do his Captain Pugwash impression (Parminder's words, not mine) and do a spot of sailing on the Firth of Clyde.
And then there were 2, Parminder had experienced the Loch Arkaig road as a passenger so he was nominated / volunteered to drive and I am sure it is an experience he won't forget in a hurry. I will explain - Parminder drives a BMW and the seating configuration mean he sits lower than Lewis Hamilton, great on main roads but far from ideal on the Loch Arkaig road which has umpteen blind single track humps, where you have to guess where the road might be heading.
As it was a Sunday I was anticipating the smallish car park to be busy so I arranged with Parminder to meet at 5am and start before the sun got to hot, I failed on that one.
We arrived at the car park at about 8am and were greeted by the locals - trillions of little black pests that want to annoy you and they are very good at that. 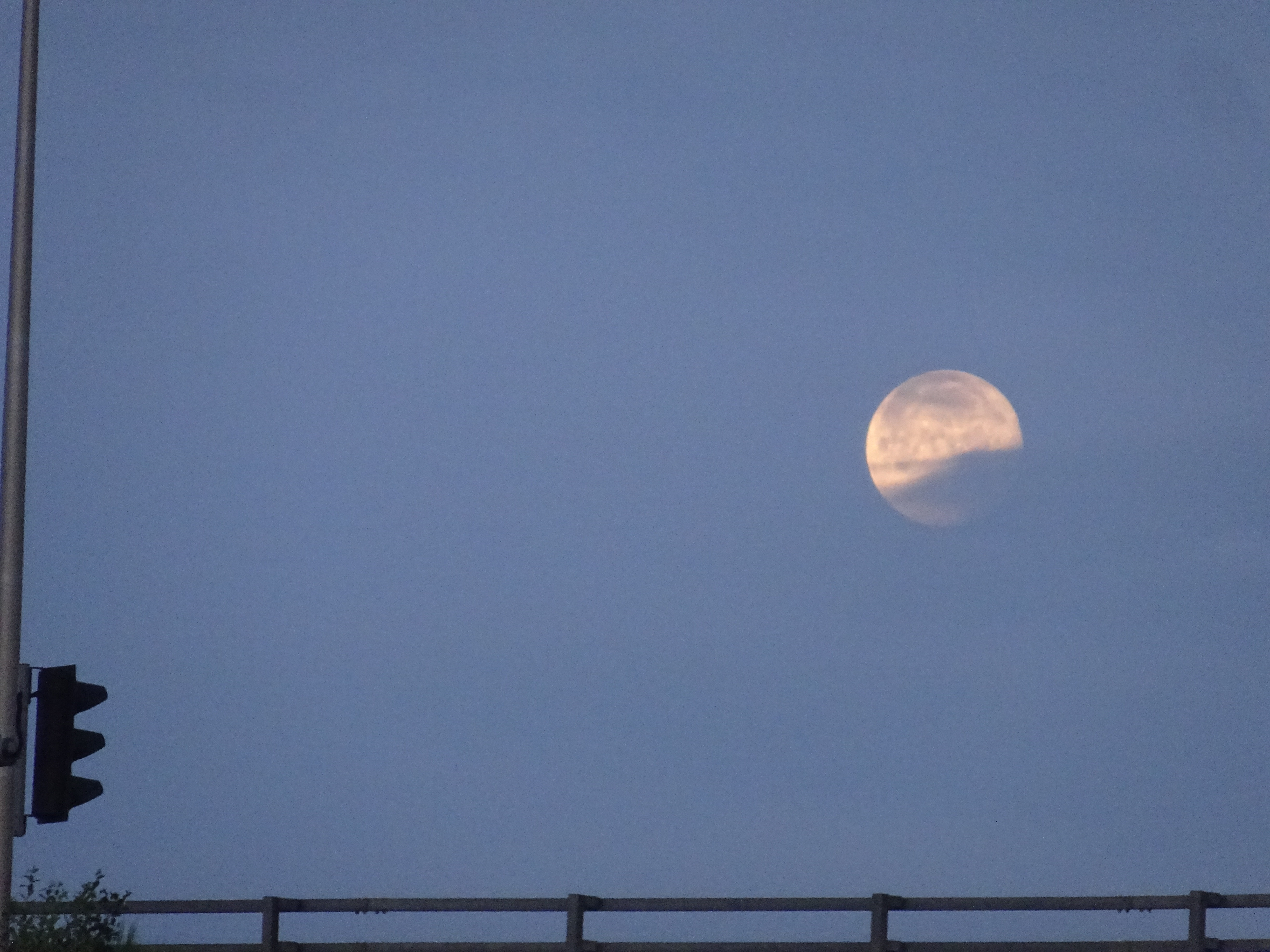 The moon shortly before 5am, whilst waiting for Parminder

I thought it would be a good idea to show you the 2 sides to Glendessary, my 2016 visit after plenty of rainfall and the complete opposite, yesterday's visit no rain for what seems like months.

As you start the long drive alongside Loch Arkaig, there is a parking place on the right hand side and this water feature makes for a great comparison to start with. This was 2021 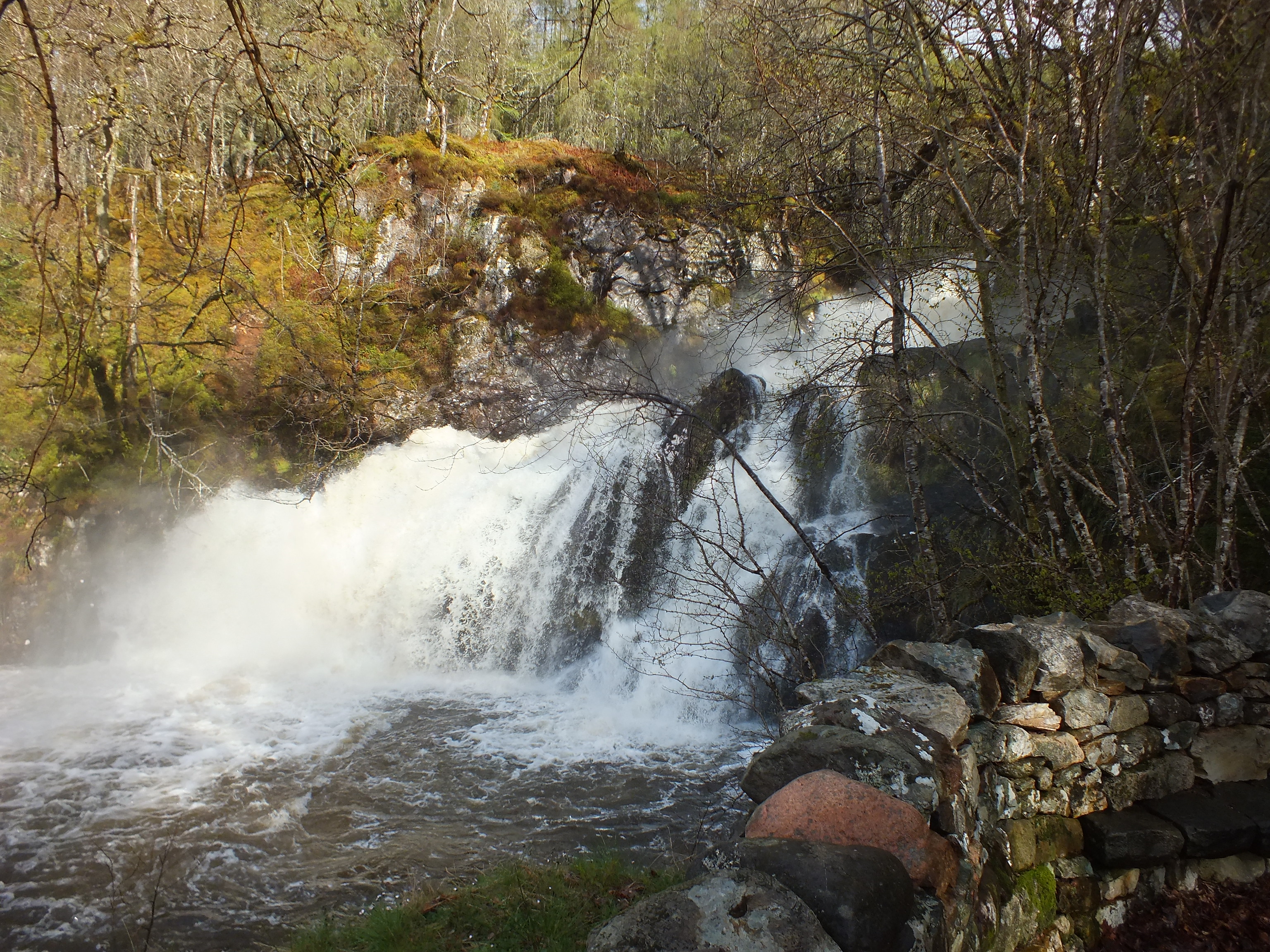 Here is the same photo from a slightly different angle, 5 years ago 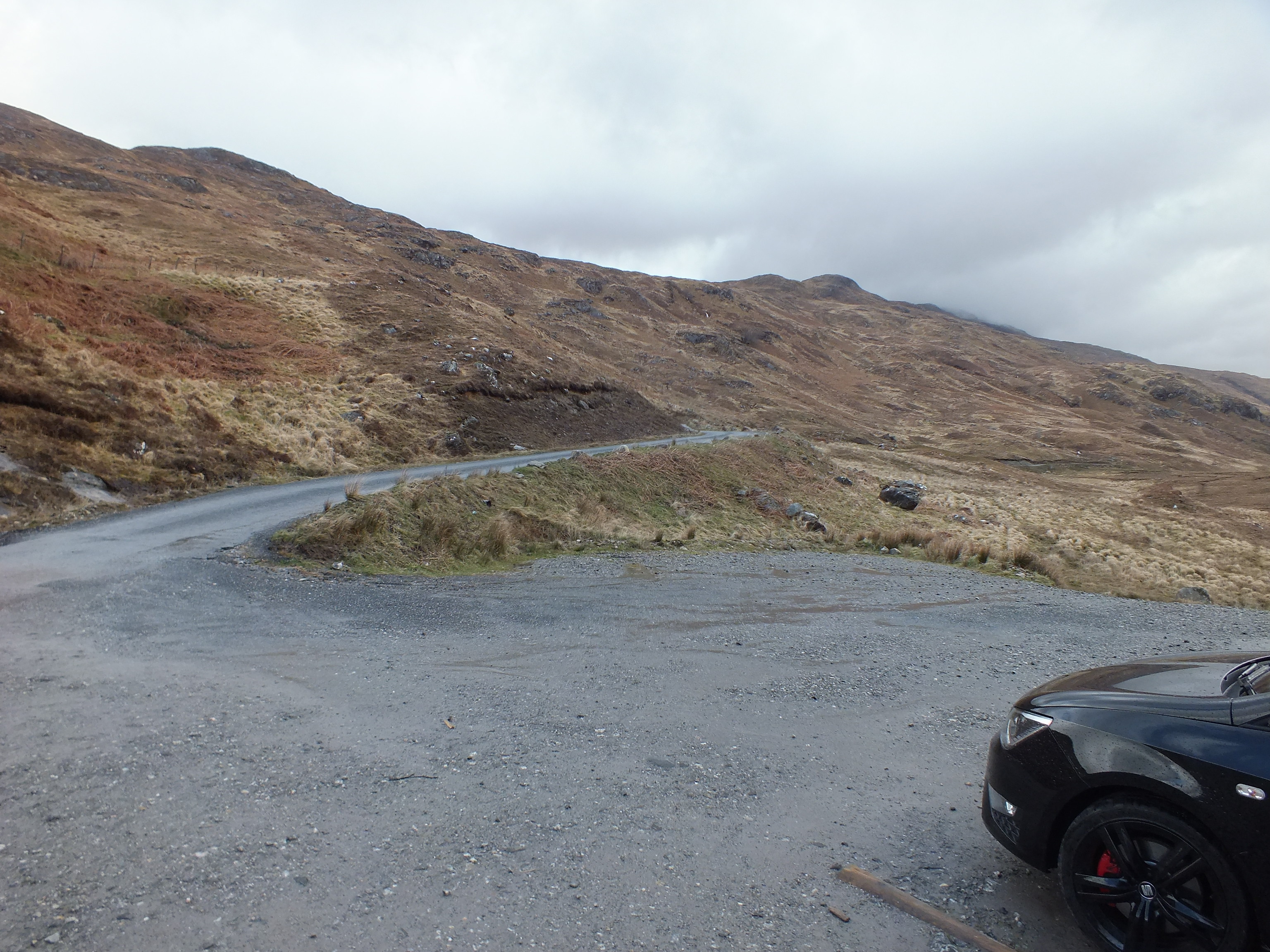 My car was the only one in the car park, maybe that should have warned me off - 2016

Same shot, just about, you can tell it was a couple of months earlier by the snow - 2016 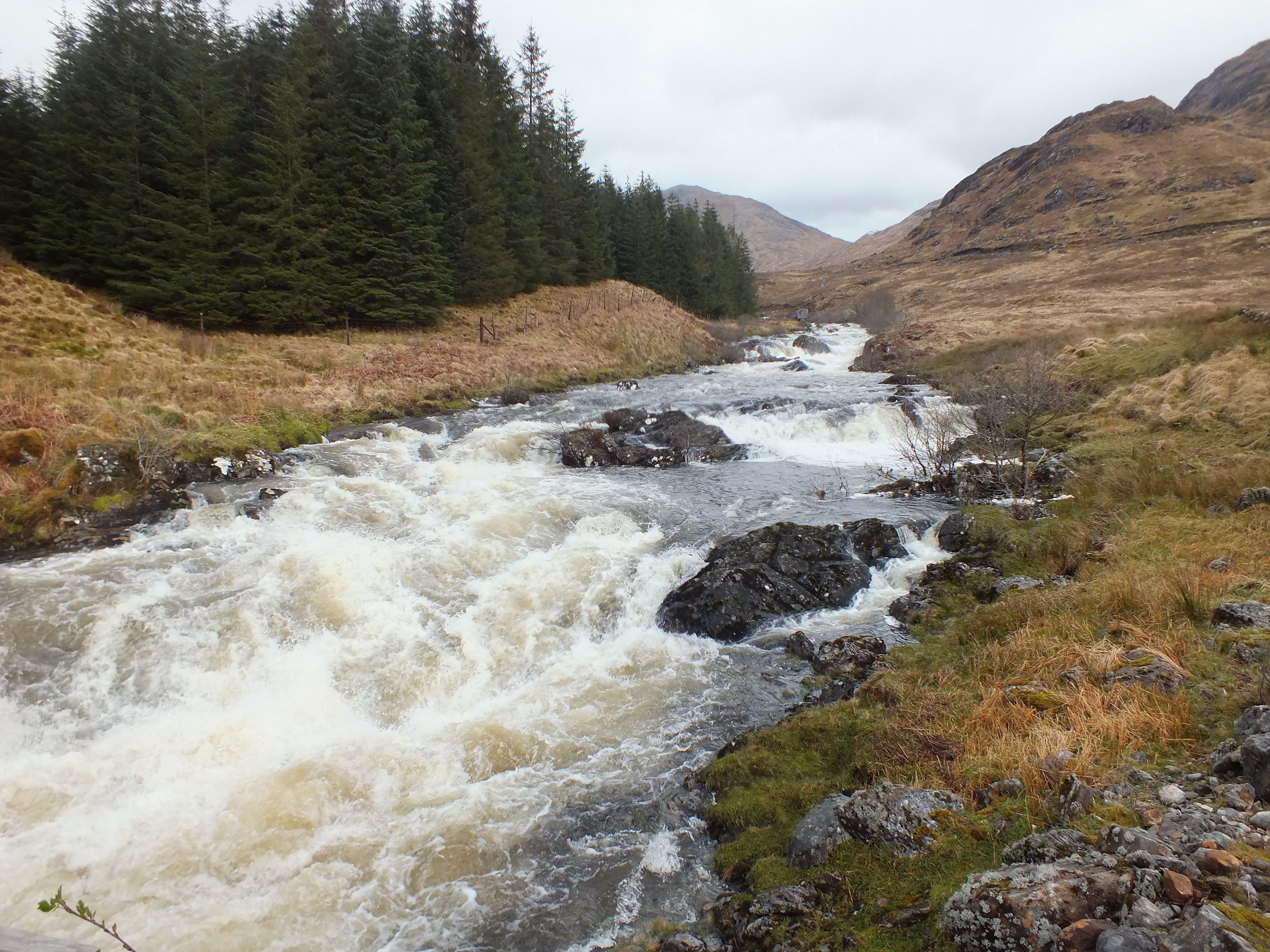 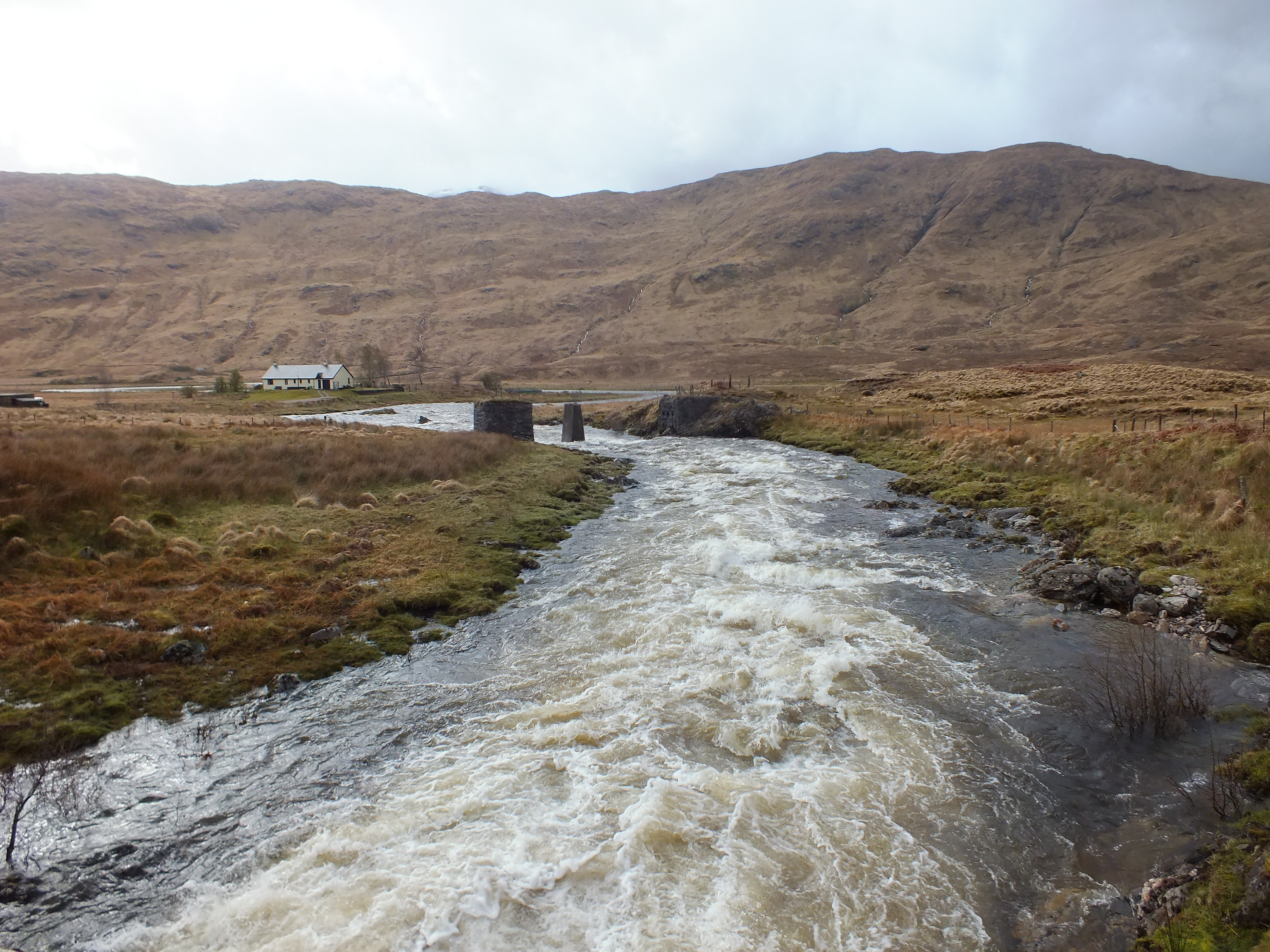 Some of the big hills starting to appear

Upper Glendessary in the distance

The track takes you downhill and into the trees

Not a breath of wind - makes for cracking photo's with reflections

Parminder going over the rickety bridge 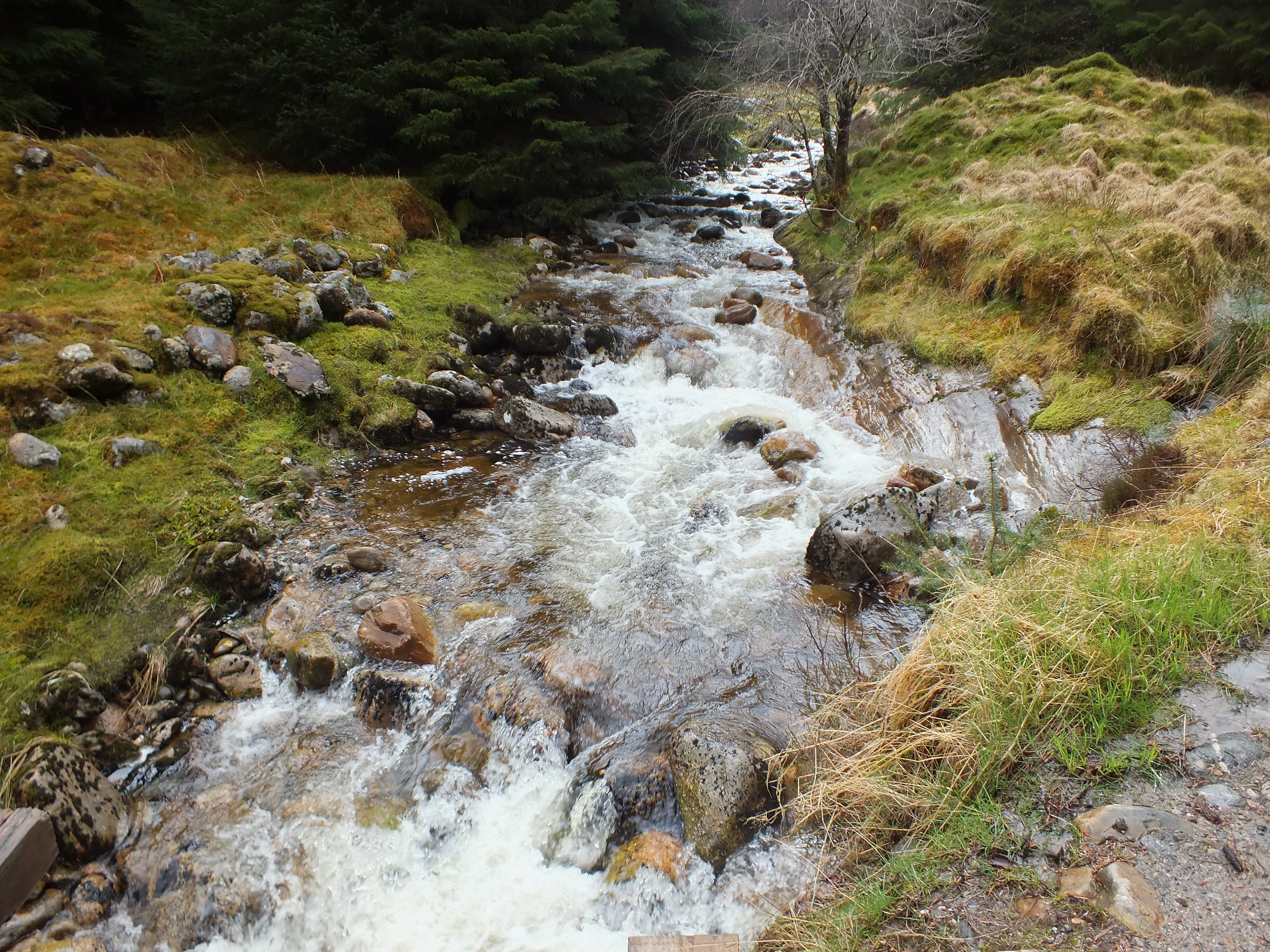 The track kind of follows the burn for a few KM. One thing for sure the bracken is thriving on the hot humid conditions

In 2016, there were puddles and part of the track was flooded so badly I had to take a detour through the forest

Not a pleasant sight unless you like splashing in muddy puddles

Parminder with his own rainbow

Towards the end of track through the forest we met 3 individual guys, all with huge packs and all having a rest. It transpired they were doing the Cape Wrath Trail and started in Fort William 3 days ago. All the guys were wearing kilts and had umpteen bites on their legs. One of the guys was really struggling and we offered him a lift back to the Central Belt if he wanted it, I told him if he was at the car park on our return we would take him with us. Funnily enough he wasn't there so he must have been persuaded to 'man up' and continue. They did admit they had under estimated how tough it would be, especially as they hoping/planning to complete the walk in 13 days, when the usual time is 15 days. Good luck guys and hope you made it.

The way ahead, which takes you up to a flatter section before the real going up stuff begins 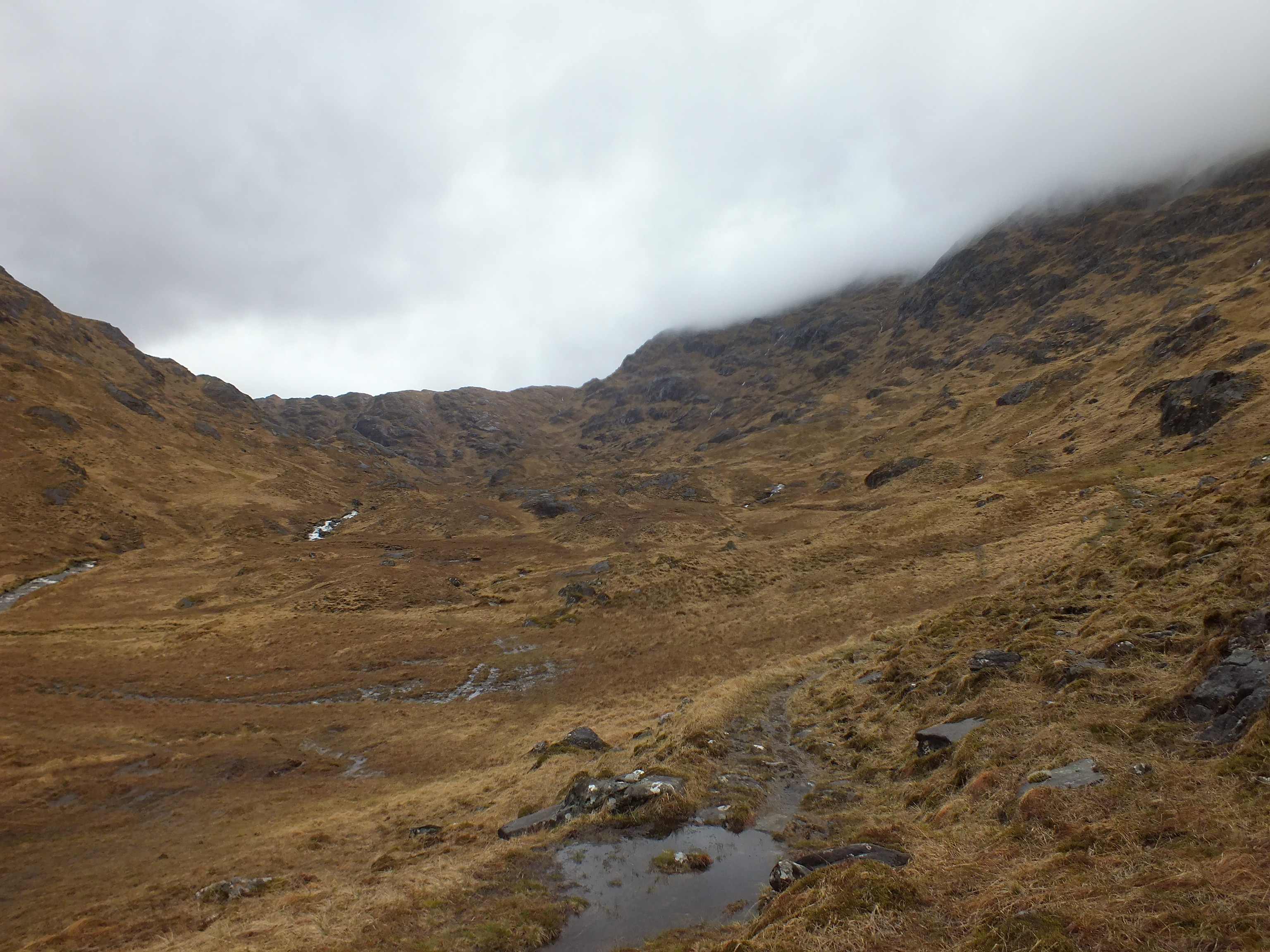 Almost the same photo - 2016, I know which conditions I prefer

One of the rare water pools, look how clear the water is, we couldn't resist sampling some

Looking back down Glen Dessary 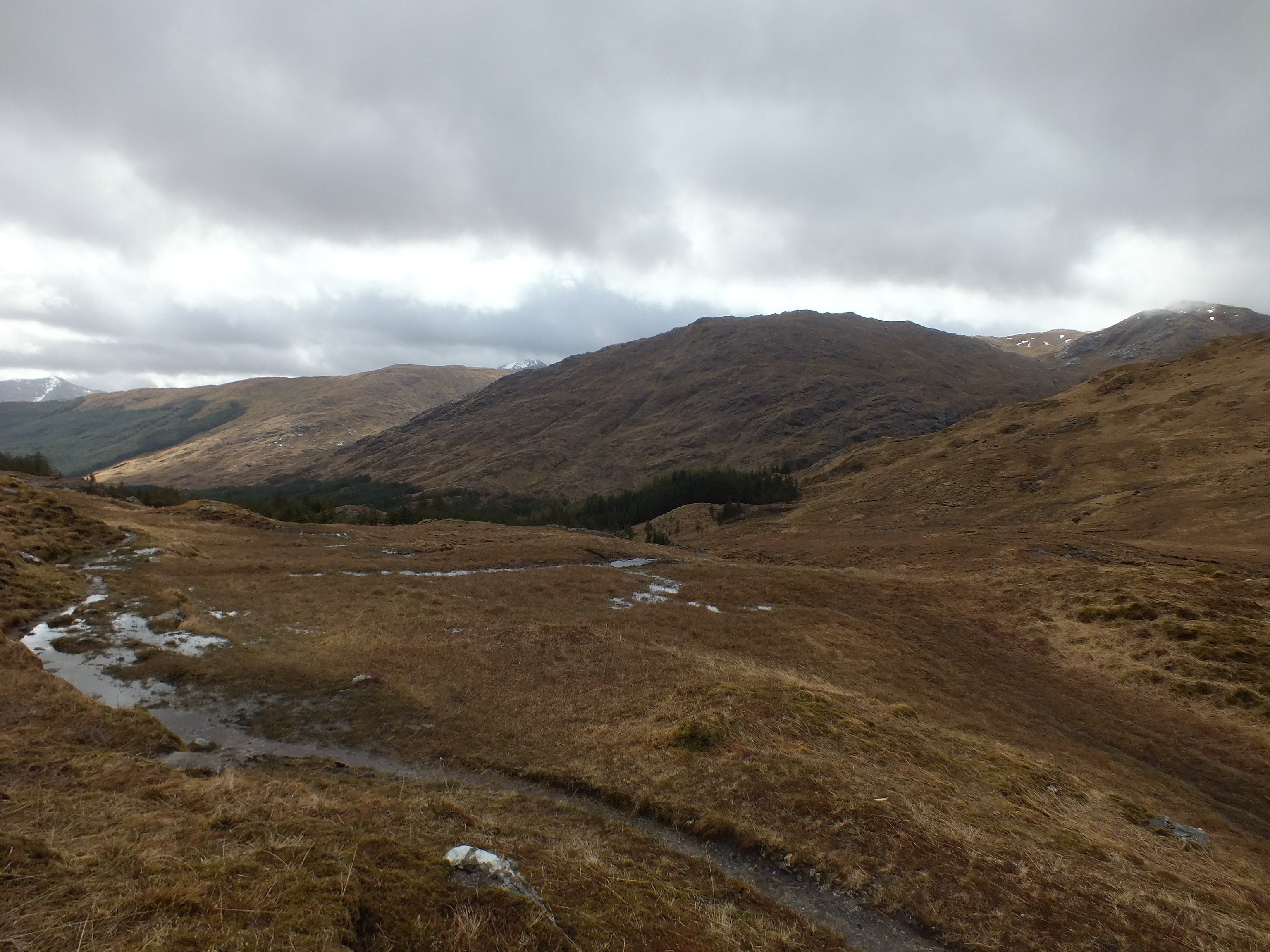 Looking back down towards the wooded area - 2016, path was a river in parts

Another shot looking back down Glen Dessary - 2016

This is the only way you will ever see one of Parminder's photo's, give him your camera or phone

Once you reach the top of the rise, the views to the west open out, Loch Nevis

The way up the gully, it is steeper than the photo makes it look. You could make it scrambly if you want to utilise some of the rocky obstacles

Parminder looking to rob a bank, but he would have a very long walk. As we were partly in the shade the midges were lying in wait for their lunch - Parminder

Not far to the top 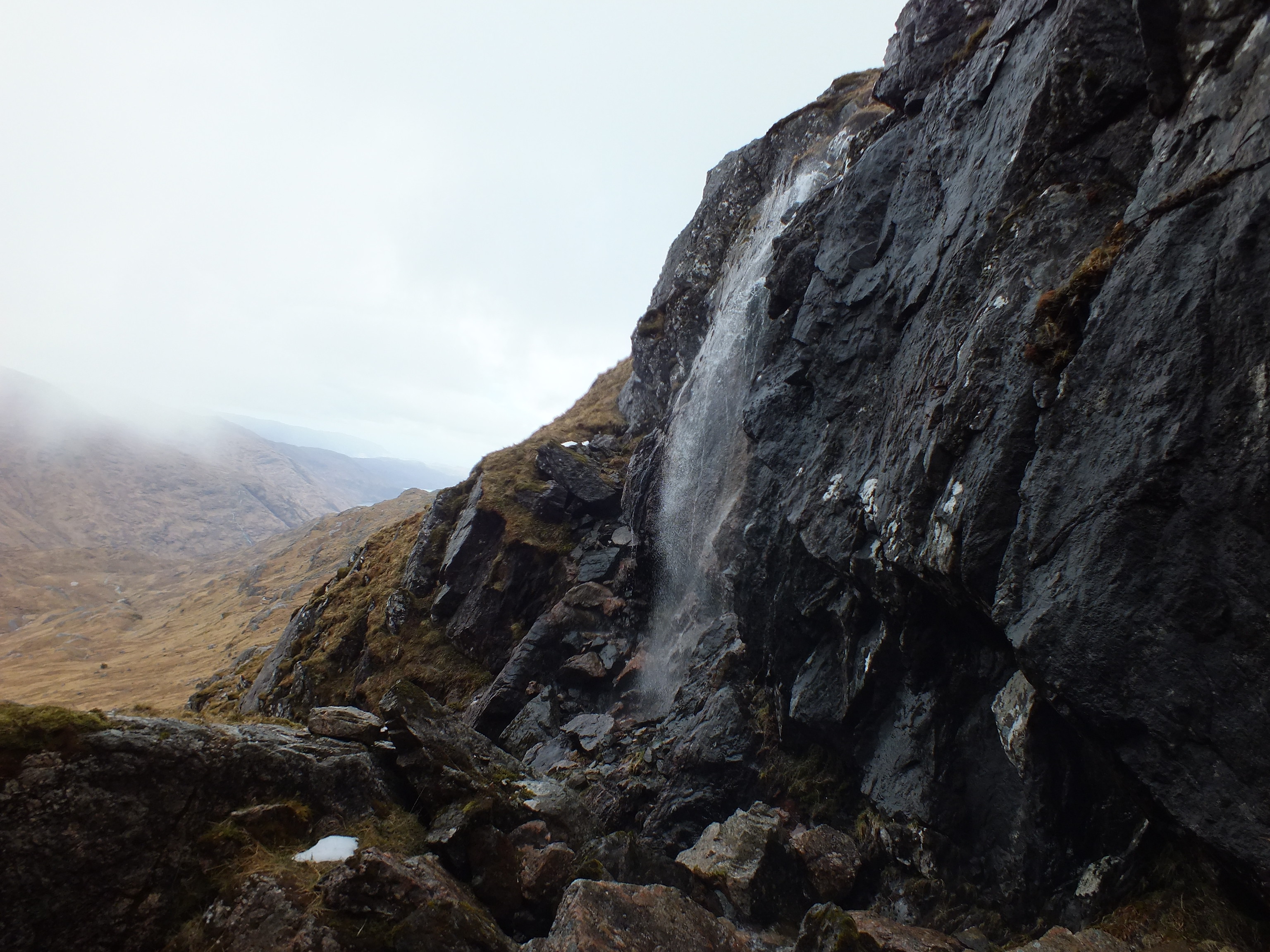 Looking back down the gully - 2016, that water gushing down the rock was barely a trickle in 2021 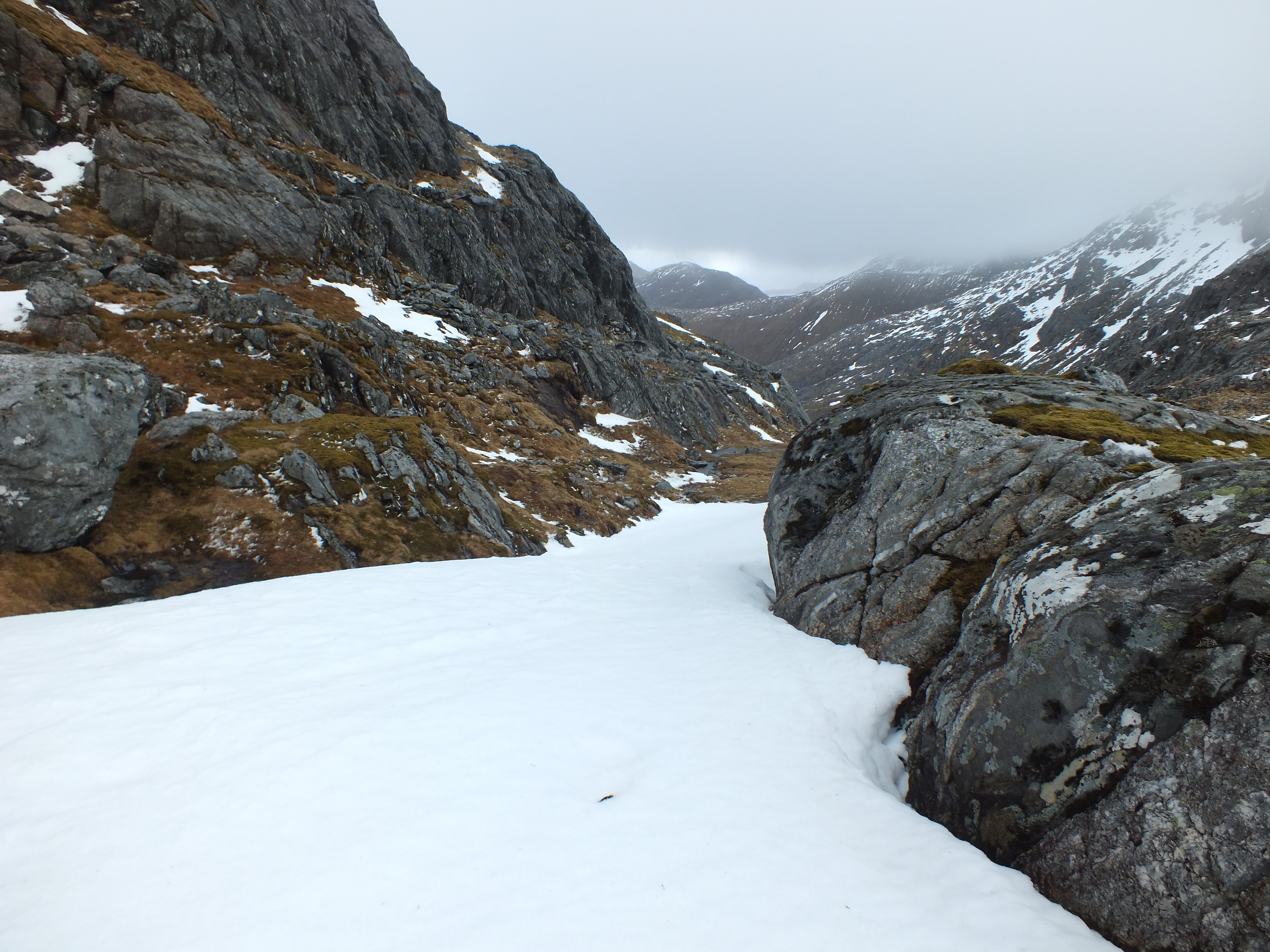 Once we reached the top of the gully we noticed a couple of rucksacks, so Parminder and I opted to leave ours near the wall too as it was a short hike up the final 150 metres or so. We met the owners of the rucksacks descending carefully down Sgurr na Ciche, great to meet you Malcolm Nash & your colleague (sorry don't know your name).
Whilst we were taking on plenty of fluid for the short hike a familiar face appeared having descended off Garbh Chioch Mhor. It took a few minutes and a bit of chat before we realised we knew each other, none other than Mr Walk Highlands himself, Paul Webster. We followed Paul up to the summit chatting as we were climbing and in what seemed like no time we were on the summit. It was great top catch up albeit very briefly and I hope you didn't keep Helen waiting too long at the car park (even though she had a chair).

Looking across to our next 2 hills - follow the wall

Loch Nevis without anybody in front of it

Ben Aden, I was reliably informed - not a hill I plan to visit

Paul opted to spend some time on the summit so we said our goodbyes and head down, action shot of Parminder

Parminder descending if you can spot him?

The bealach, looking across to our next ascent 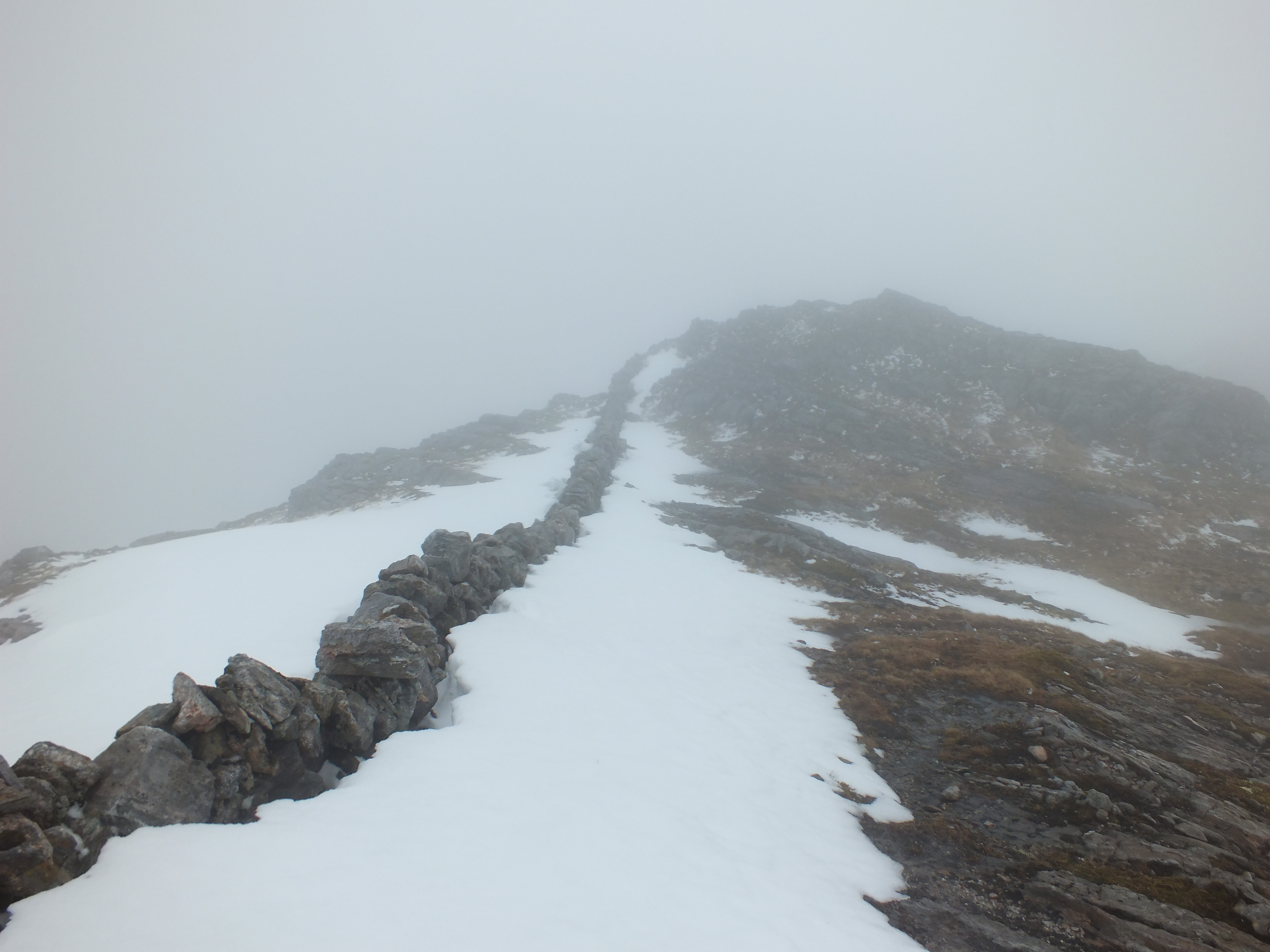 Another arty shot, close up of the wall with Loch Quoich in the background

Sgurr na Ciche in all it's glory, fabulous hill 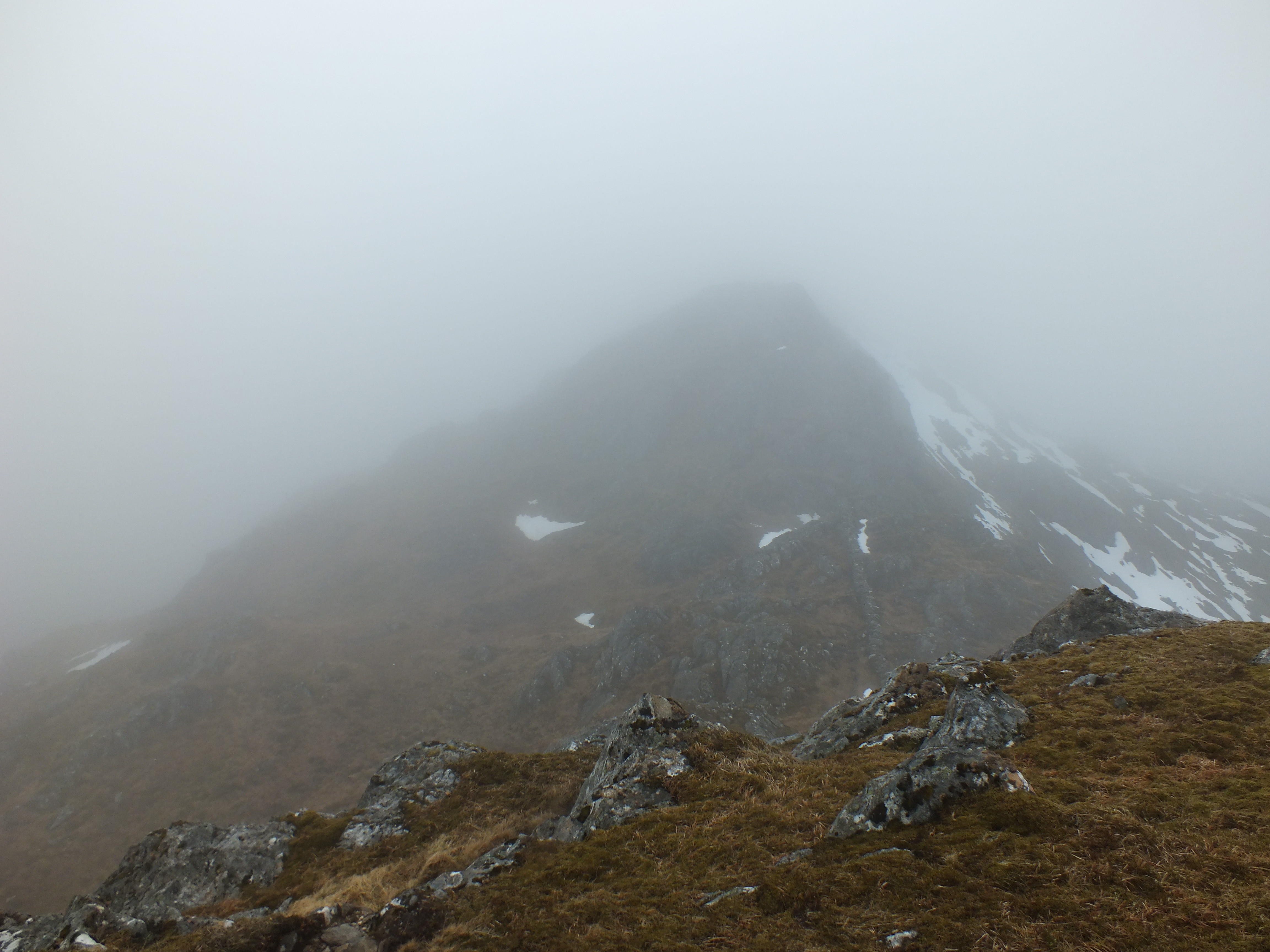 The way ahead to our 3rd and final summit - it looks along way away, with a bit of undulation

Looking down on Glen Dessary from on high

Looking back at Parminder head down and concentrating

The way up to the final summit, no obvious path - turned out to be an easy path to follow 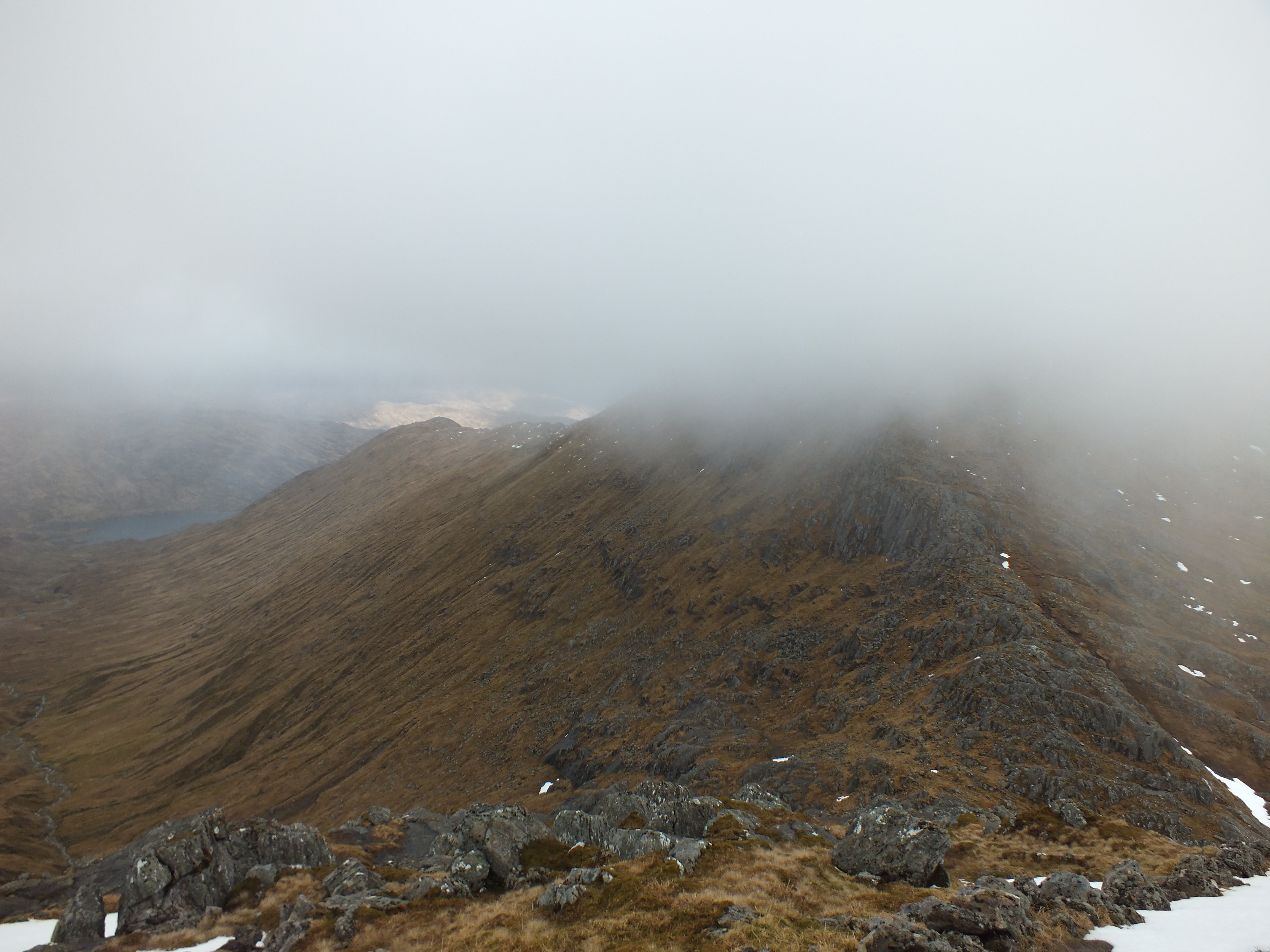 The start of the final descent

Selfie time with Sgurr na Ciche in the distance

We are heading down to the shade of the forest, the normal route takes you towards the lodge but we wanted to get out of the sun

Parminder trying to hydrate himself, he had already drunk most of the water in the burn

Determined to get every last drop of water

This was up there with the toughest days I have had on the hills, not only because it is a big day, but a big day under the hot Scottish sun. My one fear about walking in constant sunshine is getting burnt, as I don't tan and never sun bathe. I sprayed myself at least 4 times during the day and the factor 30 seemed to do it's job and protect me, even though it must have been affected by perspiration!
Looking back it was a fantastic day, but when out in the sun I wasn't thinking along those lines. After the second summit I was starting to really feel fatigued and was thinking about kicking the final hill into touch, but the thought of travelling for 3 hours in the car each way and then having to gain all the height again kicked that thought into touch.
Well done to Parminder for driving, I know it wasn't easy driving home, especially when cramp strikes. I have to confess I slept almost all the way on the journey south from Dalwhinnie to Perth and that is not like me.

Great to see the comparisons, not just of water levels but the different colours too. It's a great area. I don't mind the road too much. I find the one to Kinloch Hourn more monotonous and it takes the bottom of my car by surprise more often too, though I doubt if Lewis Hamilton would be impressed by my jalopy.

Loved that FF - what an amazing contrast in conditions. I'd definitely prefer the 2021 option for these hills but maybe with the temperature turned down a notch or two...............