I headed out for only my second Munro of the year with my partner and her family. Having heard mixed reviews about this walk I wasn’t sure what to expect. My dad who has been up twice says that it's a cracker of a day out but going by some of the walk reports already published I could see that this mountain isn’t everyone’s favourite.

We parked at the campsite at the start of the walk and began the very steep initial ascent. The growth around the path at this part was very thick and made for an exciting walk through what can only be described as a scene from Jurassic Park. 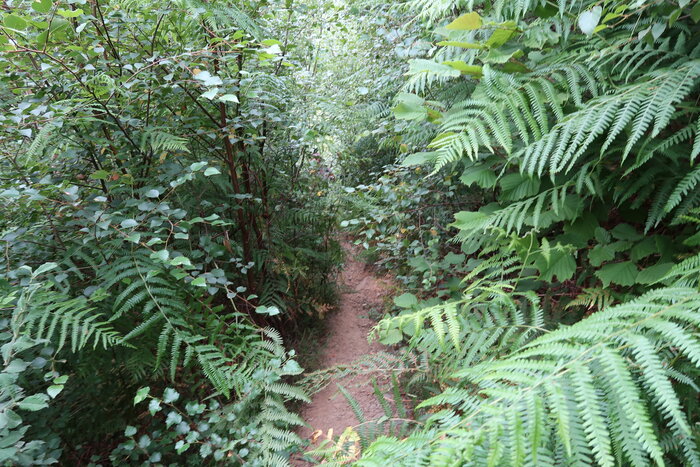 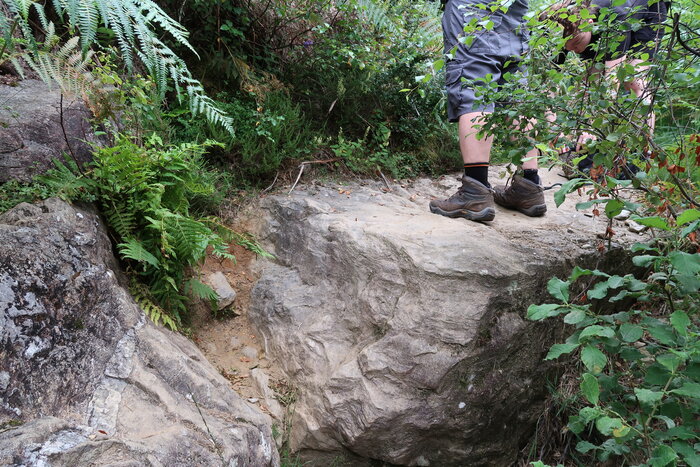 The rocky path up

We got our first views of our departure point about halfway up this initial climb as the brush thinned. Personally, I didn’t mind this part as much as I prefer a steep climb rather than a shallow gradual one. We stopped for a quick photo and got back underway. The remainder of this first section of the walk was steep but enjoyable with some stunning views of the creek down below. 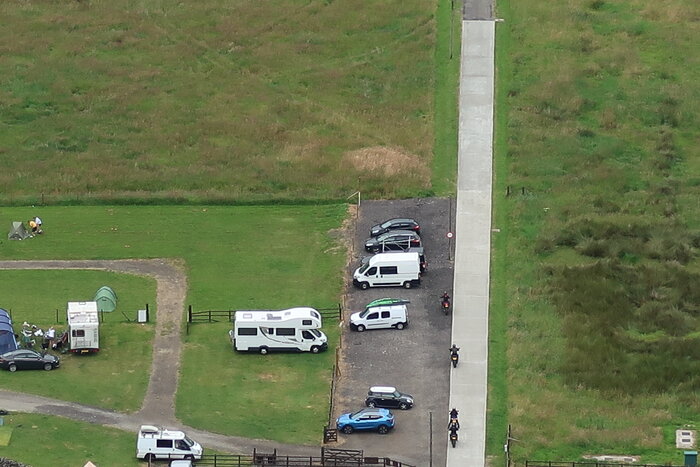 Looking down to the campsite carpark 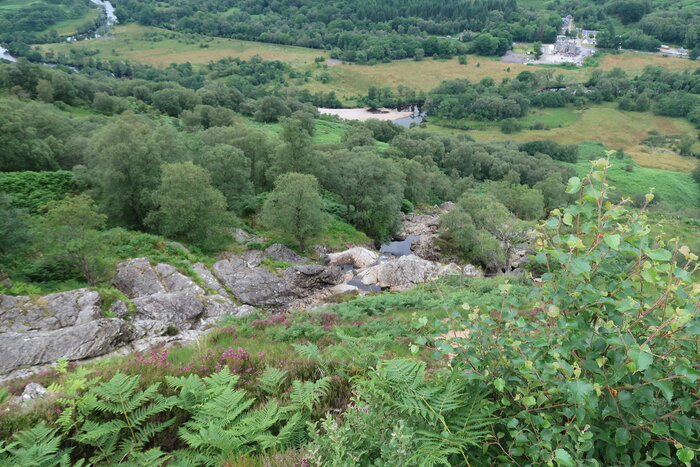 The river creek running down the slopes 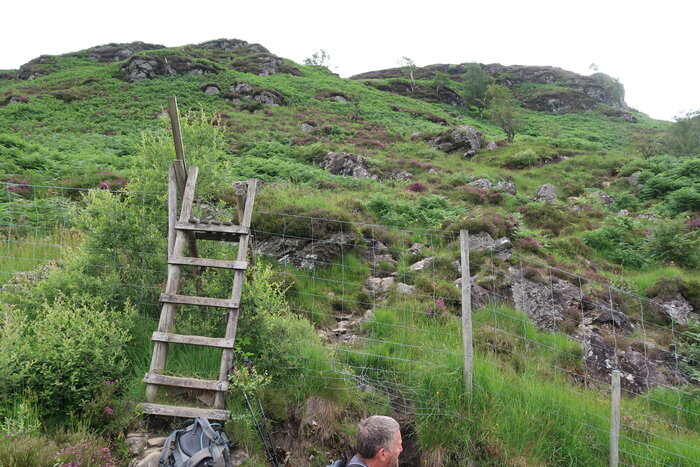 Once we reached the top we began the walk along the relatively flat ground up to Lochan Beinn Chabhair with a little snack stop on the way. The paths here we found to be quite good and easily followable although a bit boggy in places. There was some low cloud clinging onto the high tops thus our view of the destination was shrouded but not to worry as this would burn off later in the day. 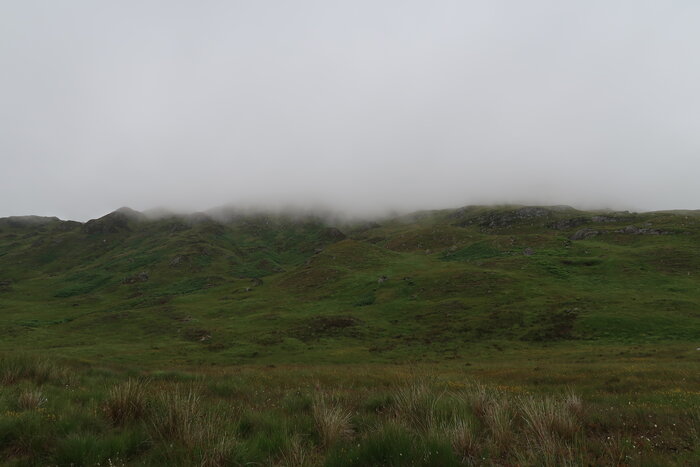 Upon reaching Lochan Beinn Chabhair the cloud burnt away and it was time to lather on the first sun cream of the day. It was also a good time to get some midge repellent on as the clouds of them had been getting denser and denser. We began our second notable ascent of the day from the lochan up to the summit. As the cloud continued to clear the views were stunning. 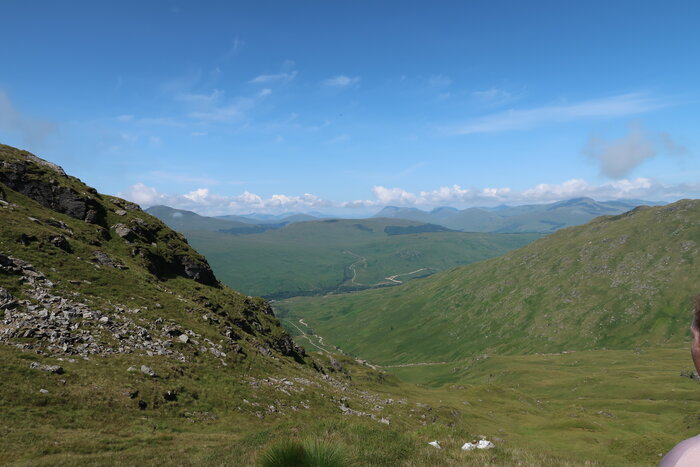 The view from one of our many snack stops 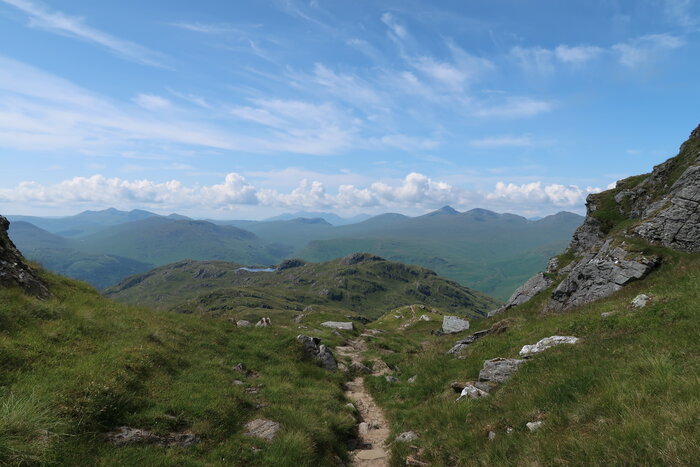 After about an hour of upwards walking the first decent sighting of the summit was before our eyes. A few people on the way down however had told us to be weary of the false summits we would encounter on the way up. With this in mind we motored on knowing we were reaching our end goal. 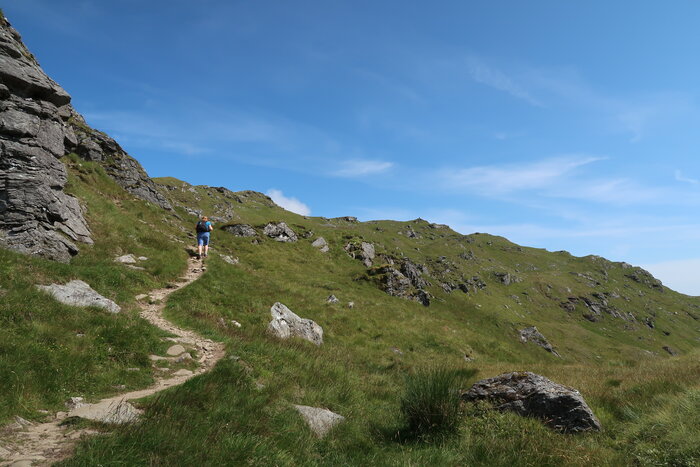 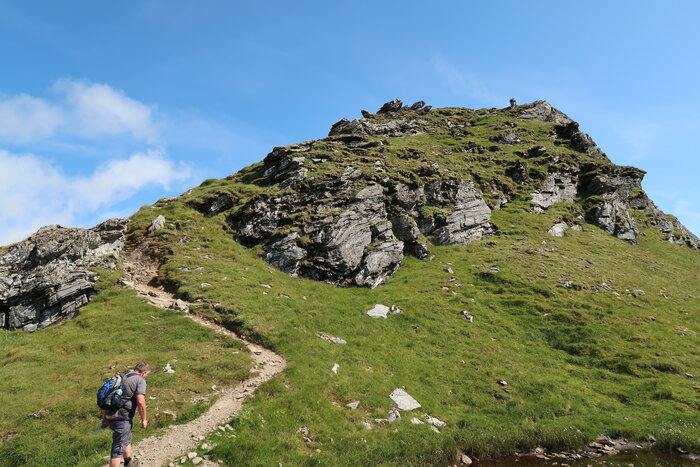 A roucky mound between us and the top

After another while we finally reached the very short flat walk leading to the summit (and when I say short, I mean short). Time for some well-earned refreshments. 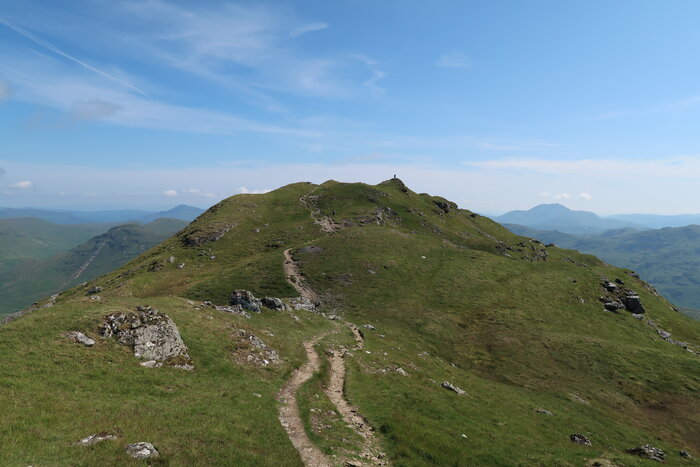 Looking back just before the summit 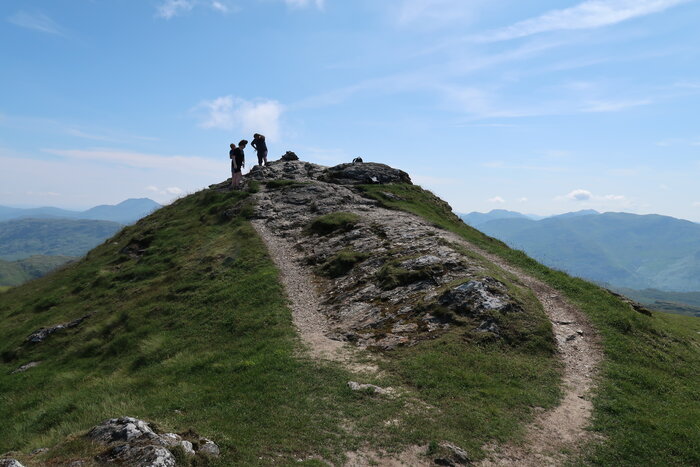 After a bite to eat we were fuelled and ready to head back down. The walk back down to Lochan Beinn Chabhair was done in no time but as we trekked over the flattish ground leading back to the steep part at the beginning of the walk the time began to drag as the hot summer sun drained the last of our energy. We made it to the top of the final descent though and could almost feel the soft seats in the car caressing our backsides. As it turns out however the final part of this walk, the descent down the very steep part proved to be the most challenging part. Add to it the thorn bush scratches and numerous clegs (which I was lucky enough not to be bit by bit) bites some of us were getting our skins were a mosaic of scratches and bite marks.

We did come across some wildlife on the way down, numerous small frogs most notably, there were loads of them! 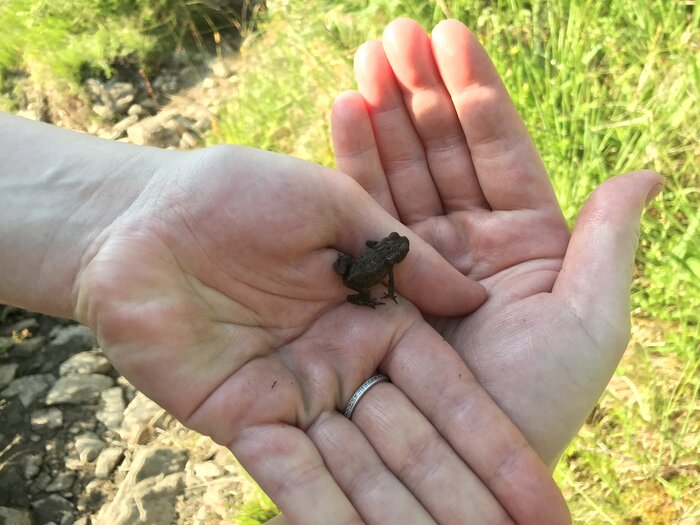 A small frog on the way back down

After a long day we reached the car. Make no mistake we were glad to be back but it was a day we all thoroughly enjoyed and can’t wait for the next one!!!