our_route.gpx Open full screen  NB: Walkhighlands is not responsible for the accuracy of gpx files in users posts
Parked just past the bridge over Talla Linns. Lots of room and no other cars. From there walked up to the Megget Stone. then followed the path up Fans Law. 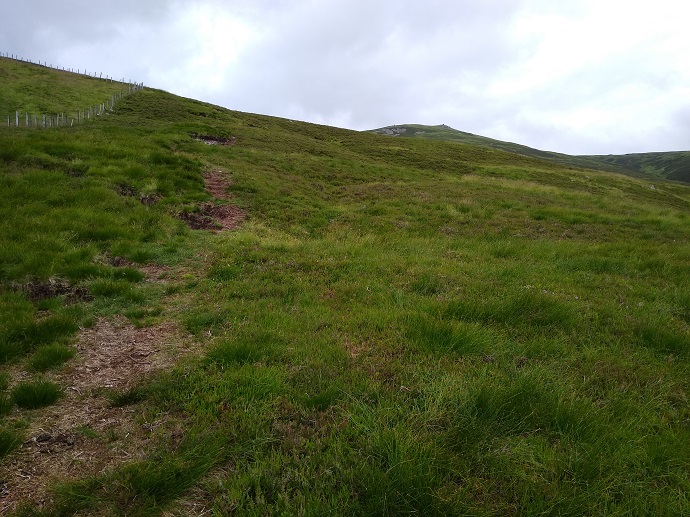 Path up Fans Law looking towards the cairn on Cairn Law

As the path gets higher, the view opens up. Looking back down the path towards Nickie's Knowe. A car conveniently stopped at the Megget Stone gives a sense of scale.

The path continued to run alongside the deer fence. eventually when it levelled off a bit you could see Talla Cleuch Head. 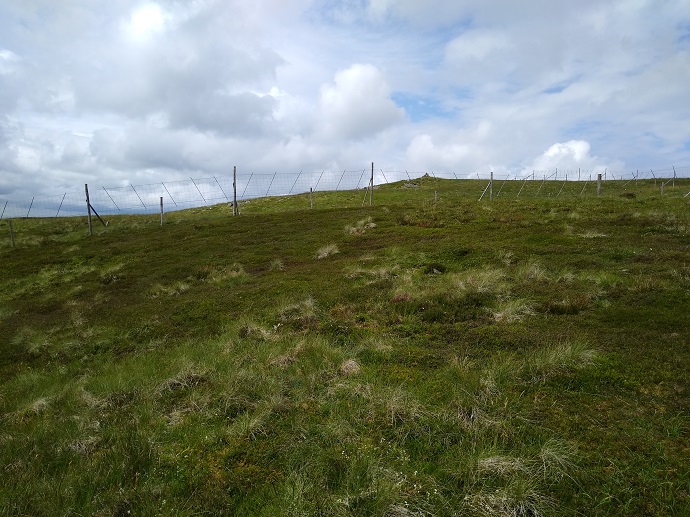 The deer fence with the cairn inside the fence

Before getting to the top of Cairn Law but by a cairn the path and fence turned sharply east. There was another cairn inside the fence. Further along the path you come to the 2nd of the deer fence gates . Before going through the date, took another pic of Talla Cleuch Head and the way ahead. 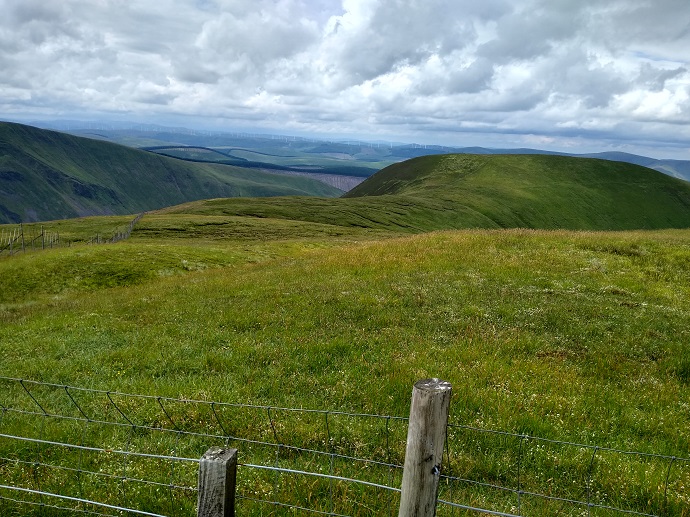 Inside the deer fence

The cleuchs are quite cool. 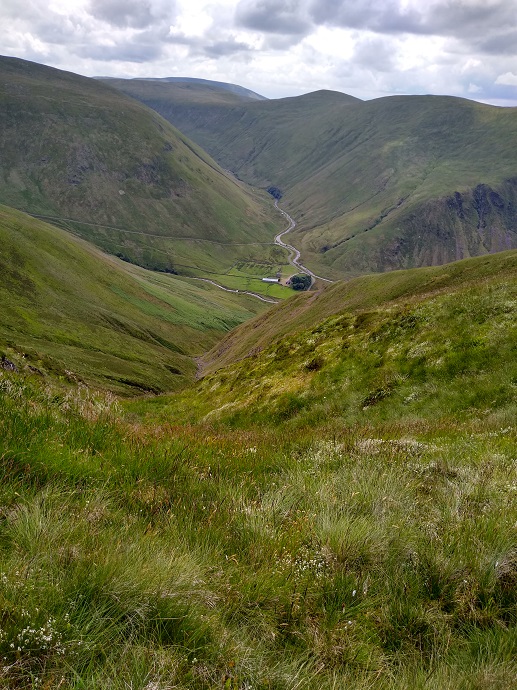 Once inside the fence, just followed the fence to the top since there's not really a path. the top itself is a bit disappointing because of the deer fence but it's there for good reasons. 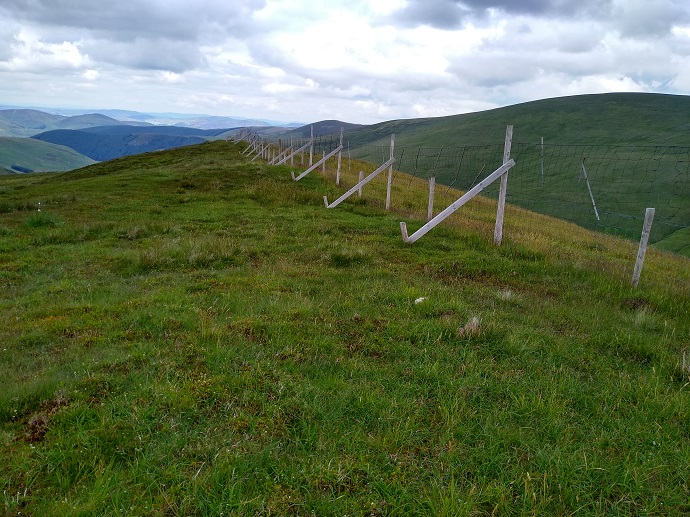 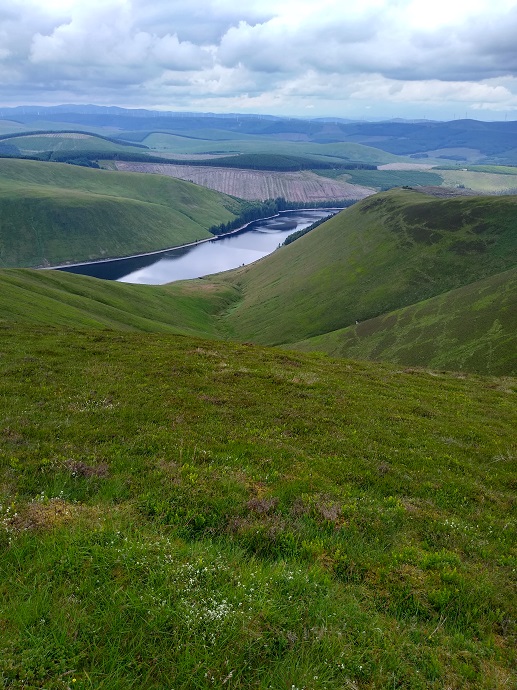 Headed back the way I came but went through the lower of the gates in deer fence that I mentioned first. Just had to be wary going above the chanters and cleuchs on Codleteth Hill..