The hills were in cloud. We parked by stone circle before Loch Buie, and started along the path along the glen. Very soon we headed up the ridge over 125, and then over to Creach Beinn Beag. The clouds were lifting as we went up, and it turned sunny. The route was mostly grassy walking with a rock band or two initially, sometimes steep, sometimes gentle, finally steeply uphill crossing rock bands, to get to the gentler summit 'ridge'. 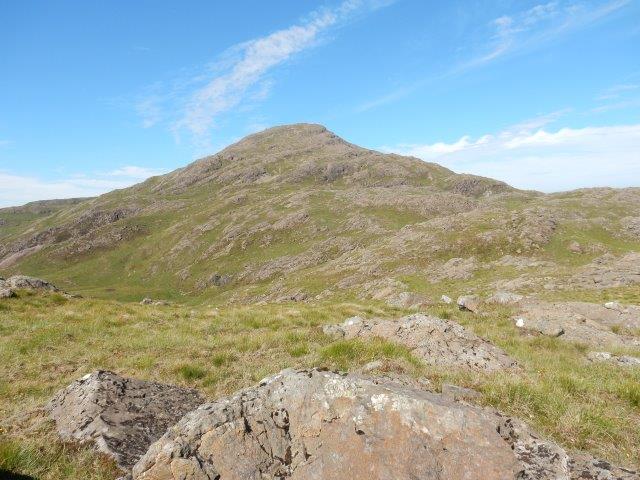 Looking towards the rock bands -summit is out of sight 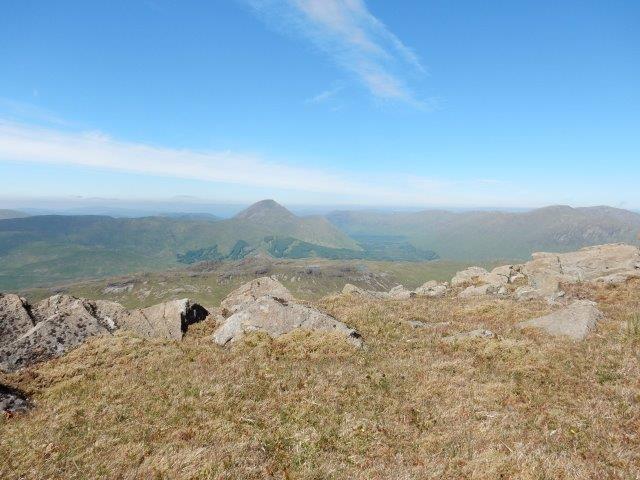 We had a slightly late lunch with excellent views, afterwards walking east a bit to get rather hazy views across to the mainland. 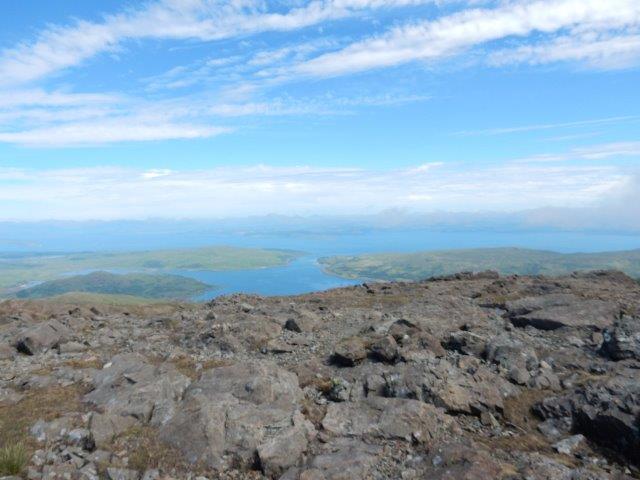 Hazy over Loch Spelve to the mainland

We returned mostly the same way. 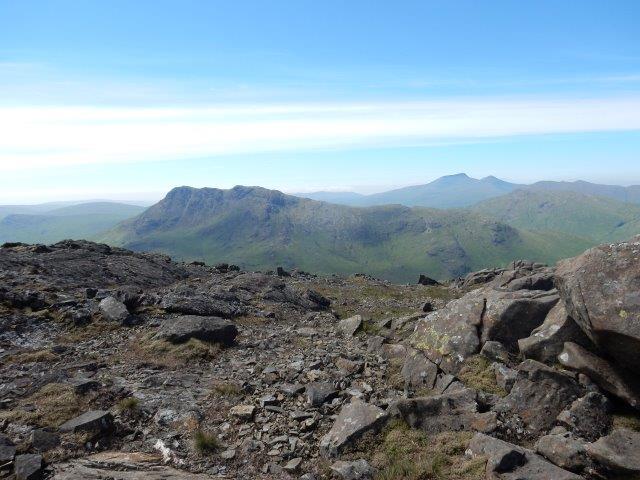 To Ben Buie and Ben More from a little way down

We had wondered about dropping down into the glen (as per SMC guidebook ascent route), but didn't, partly cos I had left my drink bottle on Beag. What had seemed a straightforward ascent seemed more like hard work on the descent, so we missed out last 2 bumps and headed straight for the road. The long grass in the last section was quite slippy, maybe a combination of new growth and slope steepness.

Here is our approximate route up.