A walk with the Langcraigs led by Peter.
We parked at the side of the loch just passed the last of the caravans and chalets for Drimsynie, opposite Corrow Farm, we took the track up through the farm and followed it for 2-3 km we crossed the Lettermay Burn. Just after the bridge we branched of on what is part of the Cowal Way, a couple of white sticks were all I noticed by way of a marker.
After following the path through the woods we climb up the slope to the left of the cascades on the Sruth Burn, and continued above the falls with views towards the craggy East face of Beinn Bheula. We left the Cowal Way to head SSW and then SW in direction, over or round the grassy knoll avoiding the crags.
A final push and we were at the summit with the round trig point, a quick stop for a couple of pictures, there was a bit of cloud and some wind which made it cold, we got out of the wind and had a bite to eat, the sun came out and the weather improved for the rest of our trip. 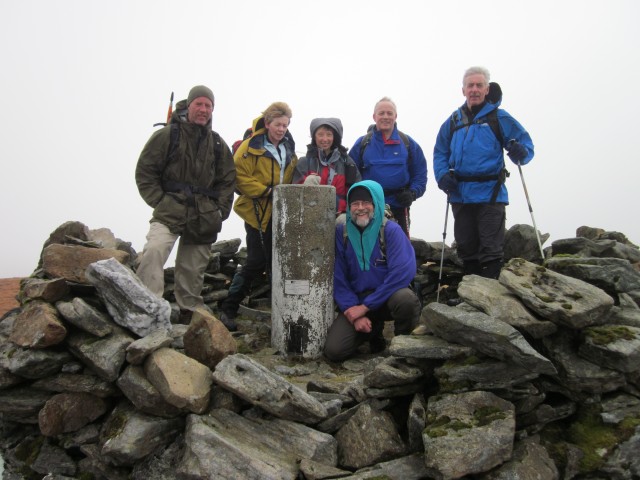 Gary, Marie, Cathy Gordon, Ian and Peter at the front, 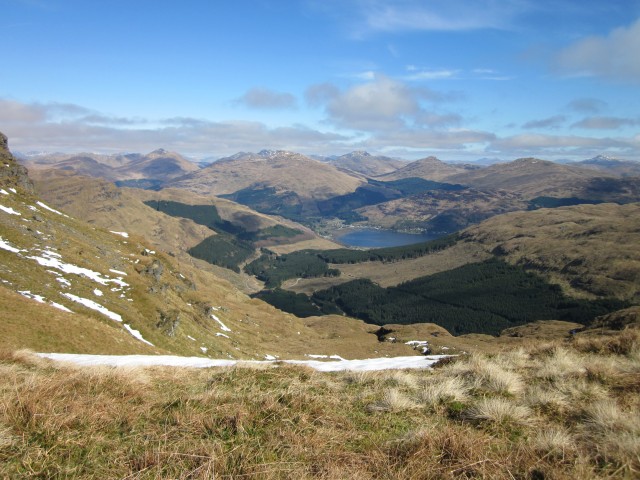 We then headed towards Creag Sgoilte. The direct descent from this hill is barred by crags, which we avoided on the west side. Once below the crags, we found several pieces of an aircraft scattered across the hillside. 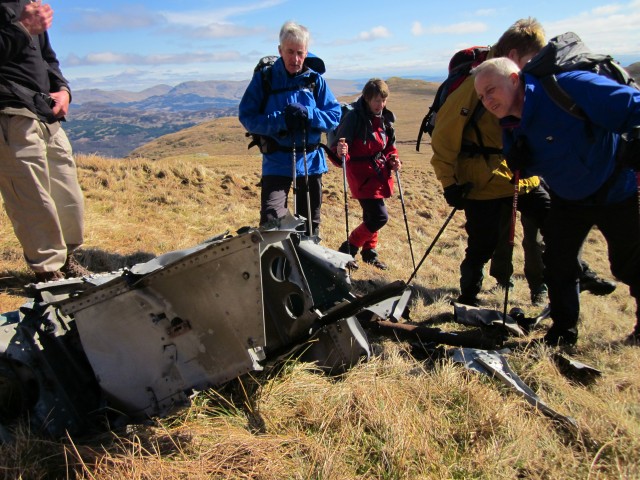 Langcraigs look for Survivors at the 1940's crash site, 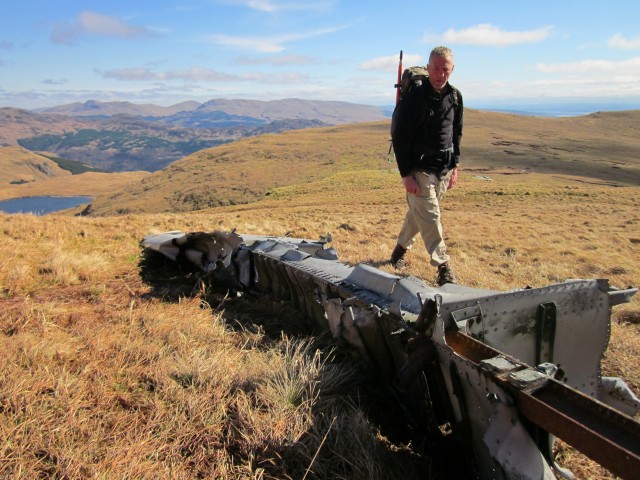 Gary checks out the wing.

These are the remains of a Grumman Martlet which crashed just below the crags of Creag Sgoilte in 1940. They are remarkably intact, you can find out more info at
http://www.aircrashsites-scotland.co.uk/martlet_bheula.htm

we then headed towards Lochan Nan Cnaimh, we had a very pleasant sit in the sunshine before a not very nice decent down the side of a burn Ian makes it across

and the along a break in the trees and a final 2-3km along a forest path which took us back to the cars.

Thanks for an interesting walk Peter.

some great pics there, looks bloody cold up top

Ye it was cold and windy when we got to the top but within half an hour we were in sunshine.

Fantastic report and pics! I'll definitely put Bheula on my 'to do ' list!

A less frequented Corbett due to its hard-to-reach starting point. But a very interesting wee hill, I thought.

Did this walk a couple of days before you on the Friday though took a differant route as we took in the Graham Beinn Lochain, two reasonably tough hills to climb in my opinion.

Glad to see the snow has gone.
Although I belong to a walking group in Glasgow I must put in a good word for the Lang Craigs walkers as I went to a lecture they organised last Tuesday about Dumbarton and Cardross during the last war. It was very interesting and the group seemd jolly nice friendly people too.

Thanks for al the comments unfortunately I don’t usually get along to the Tuesday night meetings, due to it being my badminton night.