Another day off, another sneaky chance to wander into the hills. Coming back from a weekend away with friends, we paused at Glenshee for an overnight camp on Sunday, and to tick off some of the local hills.

We parked up at the Glenshee Ski Centre car park instead of the suggested car park in the route. Our thinking being we are much happier walking down the road first thing than a tarmac slog for a few km at the end of the walk. But otherwise we followed the route closely.

Nice walk in- faint paths up the side of the burn, and the hills very visible ahead. 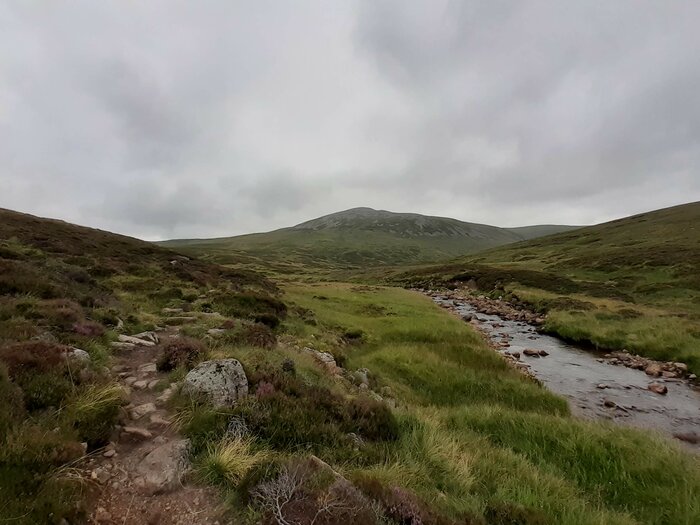 Reached Carn an Tuiarc fairly easily, although the warm muggy weather slowed proceedings a wee bit. Rocky plateau, and good views across the hill to the wilds of the Cairngorms beyond. Fantastic view of a ptarmigan family- although I am reliably informed this is an "invisibleness" of ptarmigan, which seems a bit of a stretch... 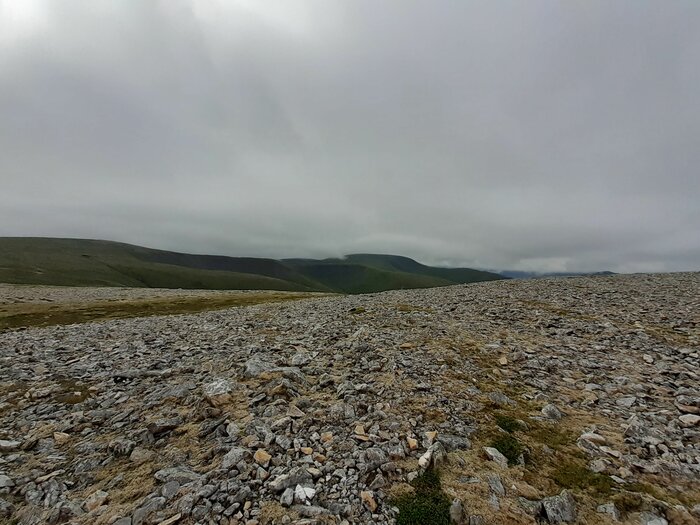 Wonderfully simple meander over to the next top, which is largely grassy. The summit point a little difficult to spot, but wander round long enough and you'll find it! The next focus of Glas Maol easily visible on a clear day, but with a broad plateau I can imagine using the gpx would be important in low visibility or snow. We did watch other walkers in front of us lose the path a few times, and very helpfully used their mistakes to find our own smug way

After a lunchbreak on Glas Maol, and using the helpful shelter, we looked over the final peak of the day. Creag Leathach certainly looks the most daunting prospect of a day mainly composed of winding grass paths, and the trouble with walking past the homeward route towards the summit is that the lure of a cup of tea at the cafe at the bottom was particularly enticing. However, onwards we went- my wife having done the first three hills before alongside a long day including Tolmount, this final one was the only new bag for her, and there was no way I was avoiding it 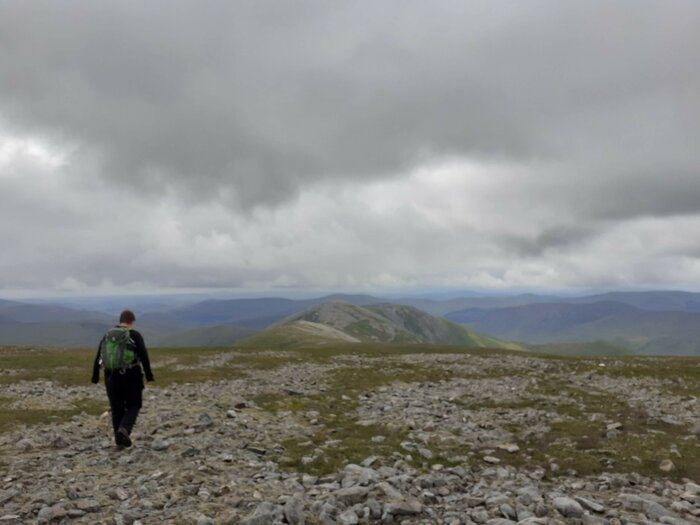 It was a wee distance over the shoulder towards the summit, and a boring pull up rocks towards the top. I'm not going to lie, I was pretty delighted to have made it to the last one, even on a nice day! Cracking views and well worth the smile from the OH, reaching her 30th Munro tick

. May not be the biggest number or the most dramatic hill, but nothing carries you down a slope better than a faint sense of personal achievement 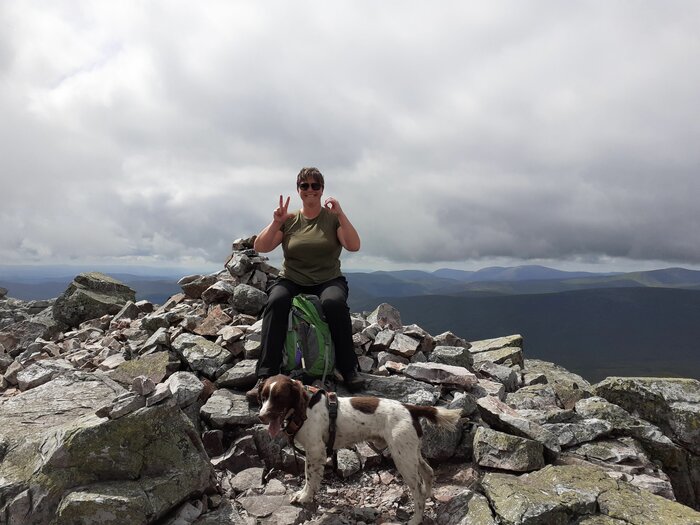 The weather improved as we headed back down towards the ground, following the suggested summer route. Once we walked round the exposed path, we did make a decision to keep round the side rather than going over the top of the hill due to extreme laziness, which may have been a false economy as the side path was pretty narrow- fine on a dry day, but probably a poor choice on a damper trip.

Overall, a solid tromp round the hills...not bad for a Monday. 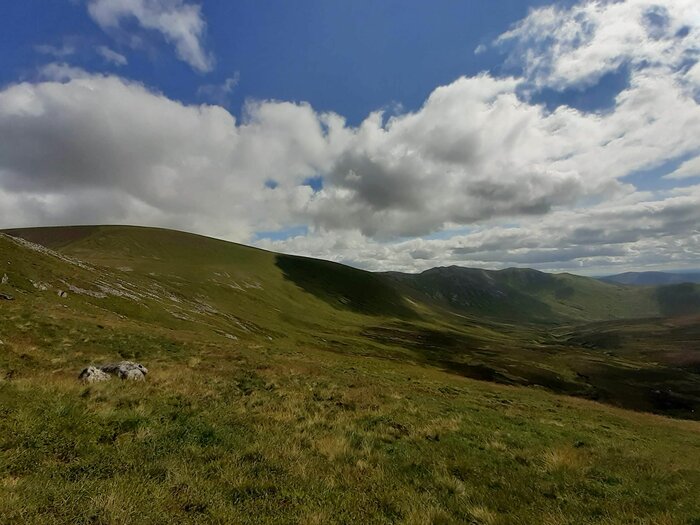