Wednesday, 25th. August:
I had completed a four day circuit of lower Glen Lyon back in 2007 but had still to visit Loch Lyon and the head of the glen - and, with my good friend Chalky heading up to Fisherfield after a terrific walk on the previous day, this was my opportunity. A slow departure from Crianlarich meant that I didn't arrive at Pubil until nearly midday but it didn't take long before I established myself on the track on the reservoir's northern shore, heading for Beinn Mhanach. My bag was heavy (with sleeping bag, stove, tent, etc.) and the temperatures were roasting - but the track made progress relatively easy.

our_route.gpx Open full screen  NB: Walkhighlands is not responsible for the accuracy of gpx files in users posts
This changed, however, when I hit the relatively gentle eastern ridge of Beinn Mhanach and it took a real effort of will to maintain a steady plod to the summit. Once there, however, I was able to drink almost a litre of water and spend time admiring the lonely landscape under a cloudless sky. 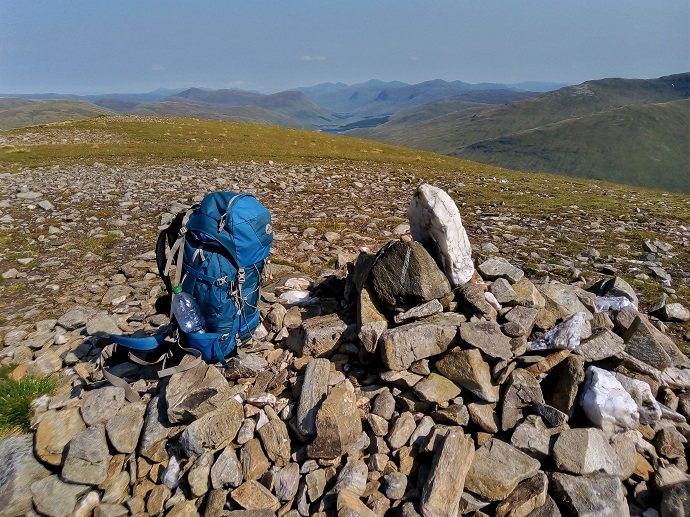 Beinn Mhanach isn't a rocky hill so heading due south down grassy slopes was straightforward. I hit the track around the loch again and, after fording the Allt Tarabhan, I continued south up the valley of the Abhainn Ghlas. The heat, however, was building so I didn't fancy heading up the steep grassy western slopes of Meall Tionail straight away and spent the best part of two hours with my feet in the river and pouring water over my head; bliss!
Eventually some of the heat went out of the day and I set off to plod up the steep grass, my pack no lighter for the addition of three litres of water. All slopes, however, come to an end if you worry away at them for long enough and, after some effort, I topped out onto the flat, grassy col north of Creag Mhor - an ideal camp site. 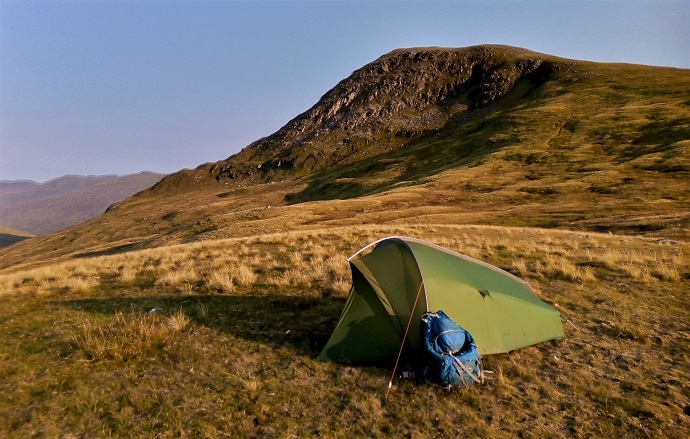 Once the tent was up, the next goal was the top of Creag Mhor and, without the heavy bag, gaining it was not especially arduous - and it was certainly worth it as the views were stunning. I lingered for almost an hour as the sun began to sink towards the north western horizon. 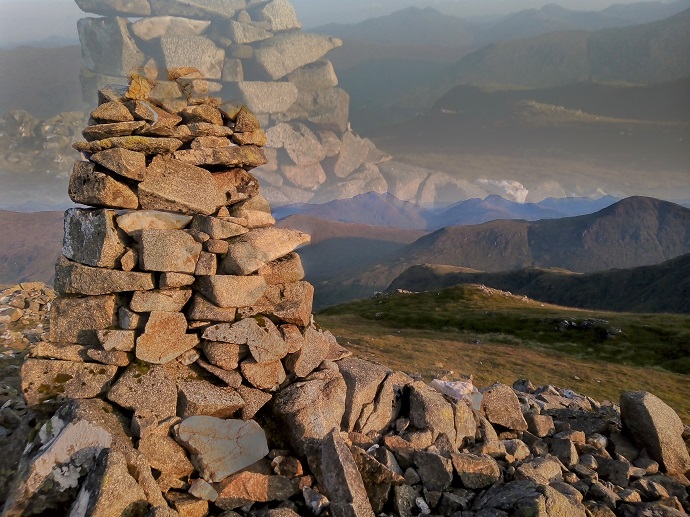 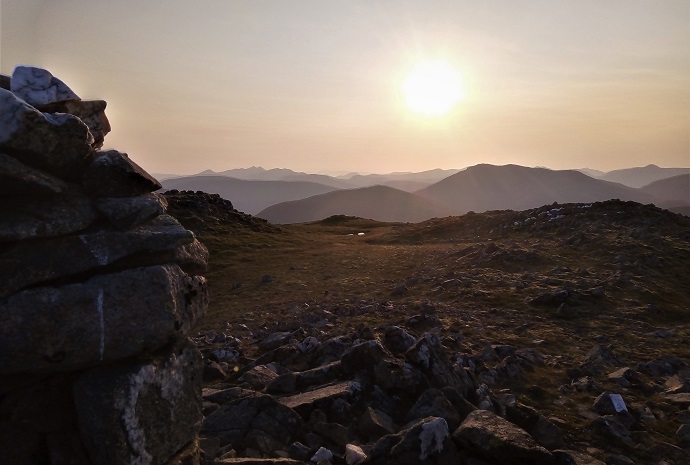 It was, however, supper time so I jogged back down to the tent and made some soup and pasta. That said, I didn't have to stretch my neck very far to see the sunset. 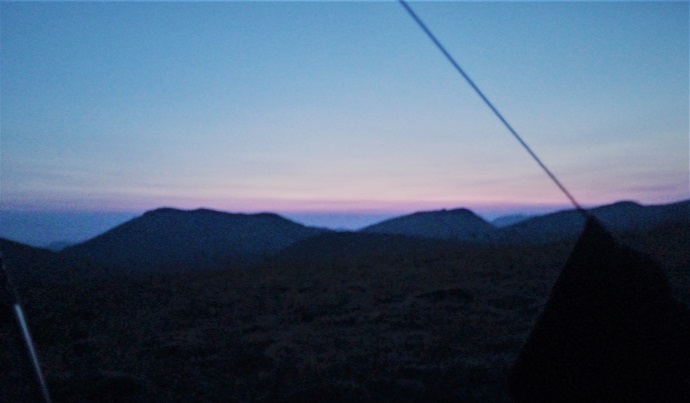 Sunset from the tent door

I'd be asleep pretty quickly but, in the meantime, it was interesting to reflect on the fact that I'd seen nobody since I'd parked the car below the Loch Lyon dam and that there probably wasn't another person within four or five miles of me in any direction.
Next report: https://www.walkhighlands.co.uk/Forum/viewtopic.php?f=9&t=107858