) so figured we’d make the most of the trip and head up Pressendye. I dropped Gill a message the night before as she lived nearby incase she was free and fancied it – to our delight she was!

One pair of skis to the good, we found somewhere to get cars off the road and had just finished our sandwiches when Gill arrived – perfect timing. We headed off up the track – easy walking so far 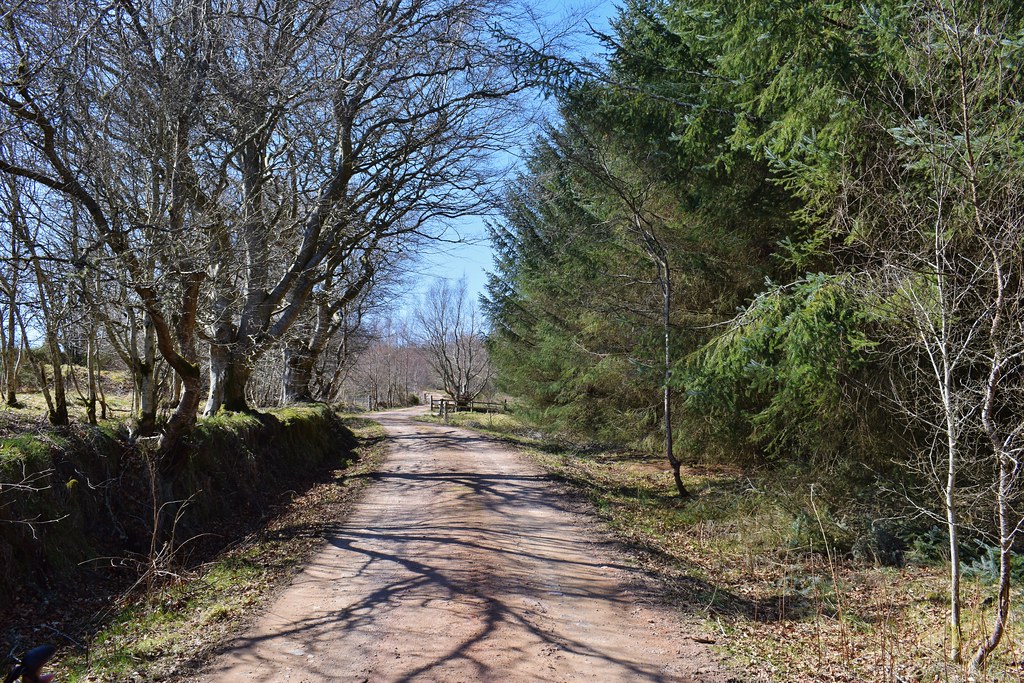 It was easy underfoot and we had to take care to not get overexcited and go too fast – I’d just struggle later on. The track wove in and out of the trees giving us some views towards what could have been Benaquallie 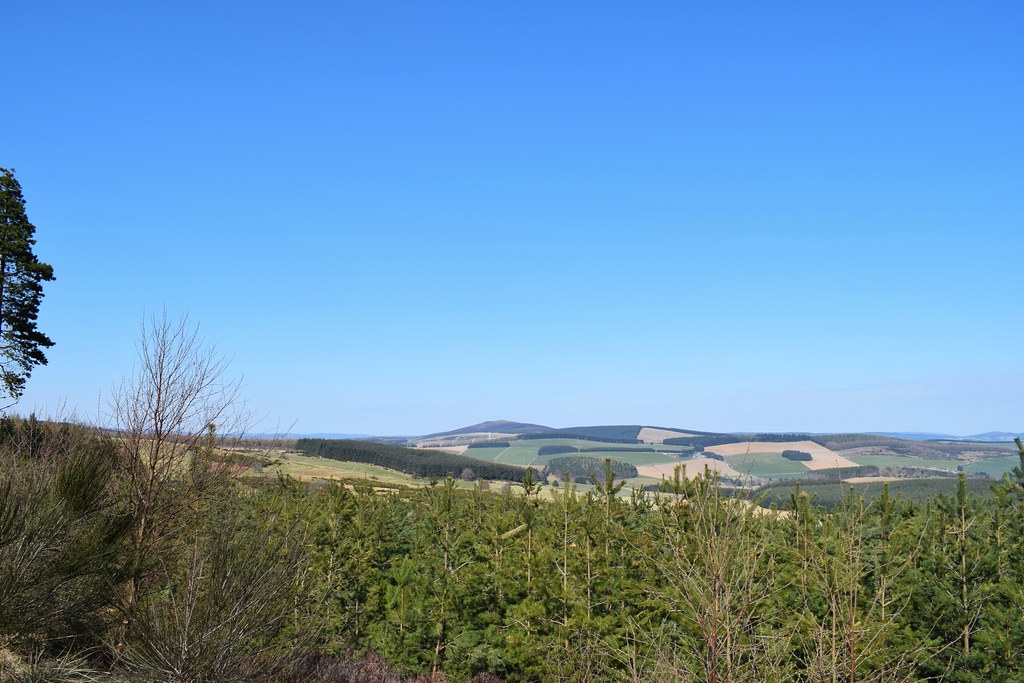 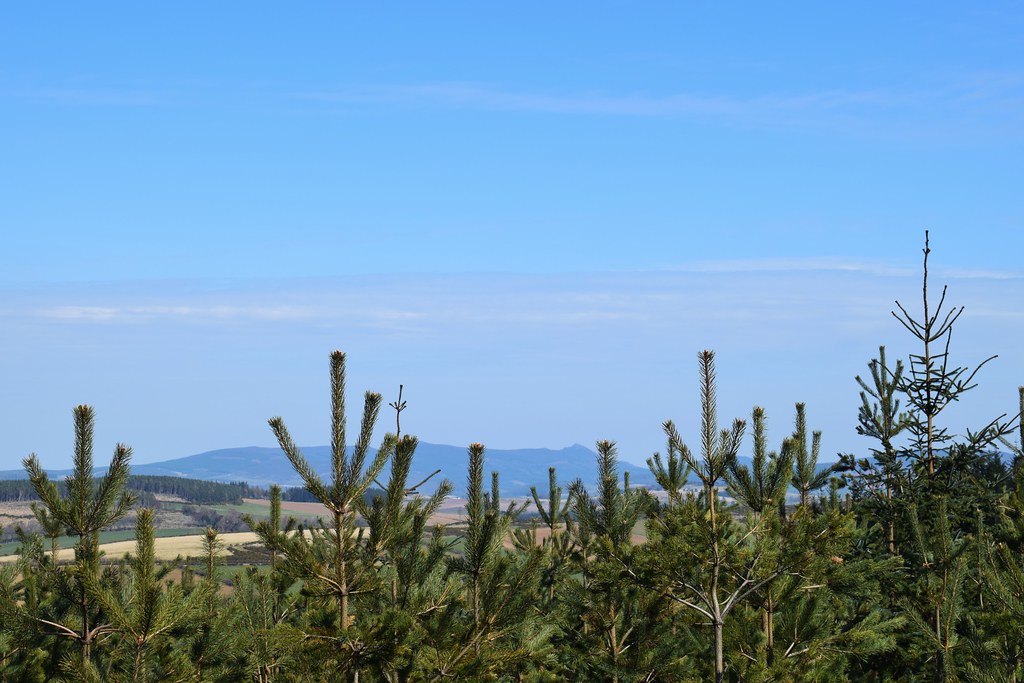 It was a beautiful day – even better than forecast 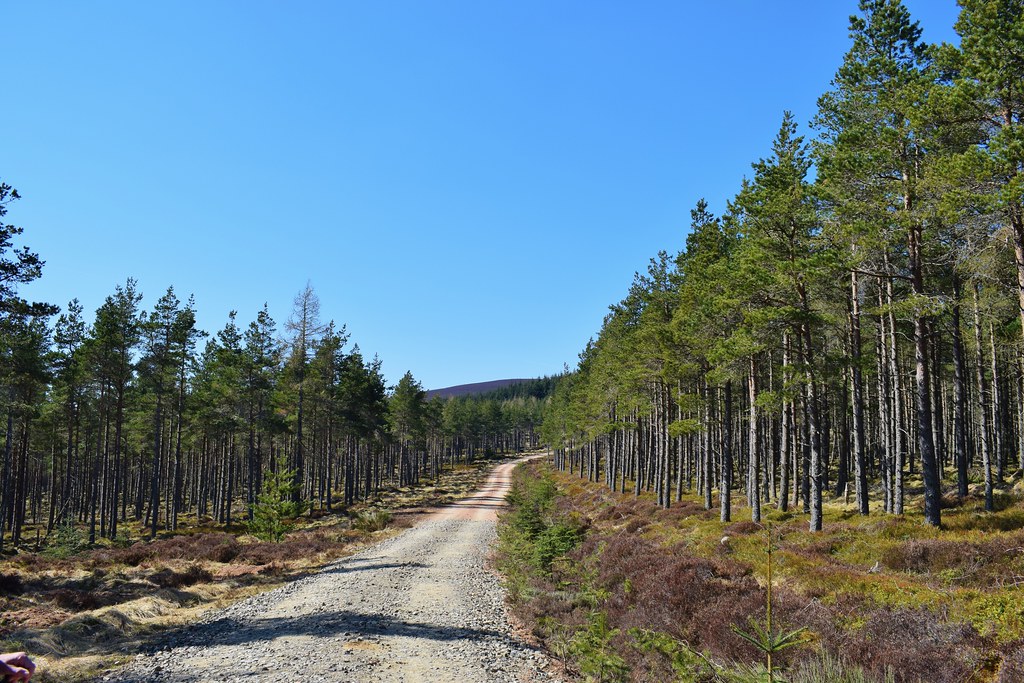 The track wound around and gradually gained height. We then took a smaller path through a gate – this took us through some trees, still climbing 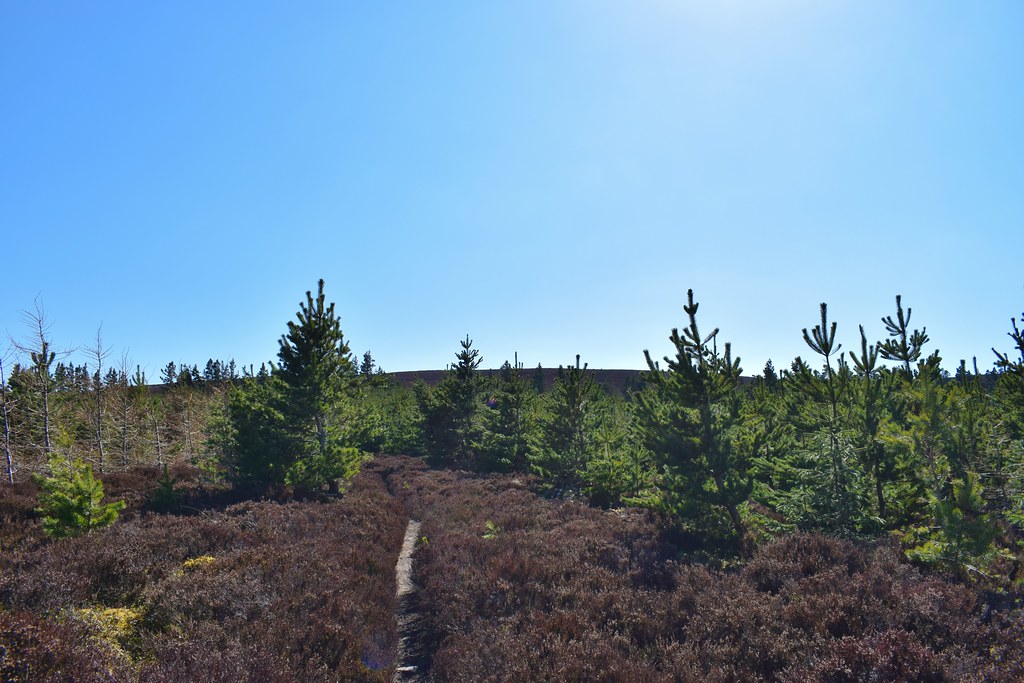 The trees had offered some shelter from the sun – now we were out onto the open hillside it was very warm! 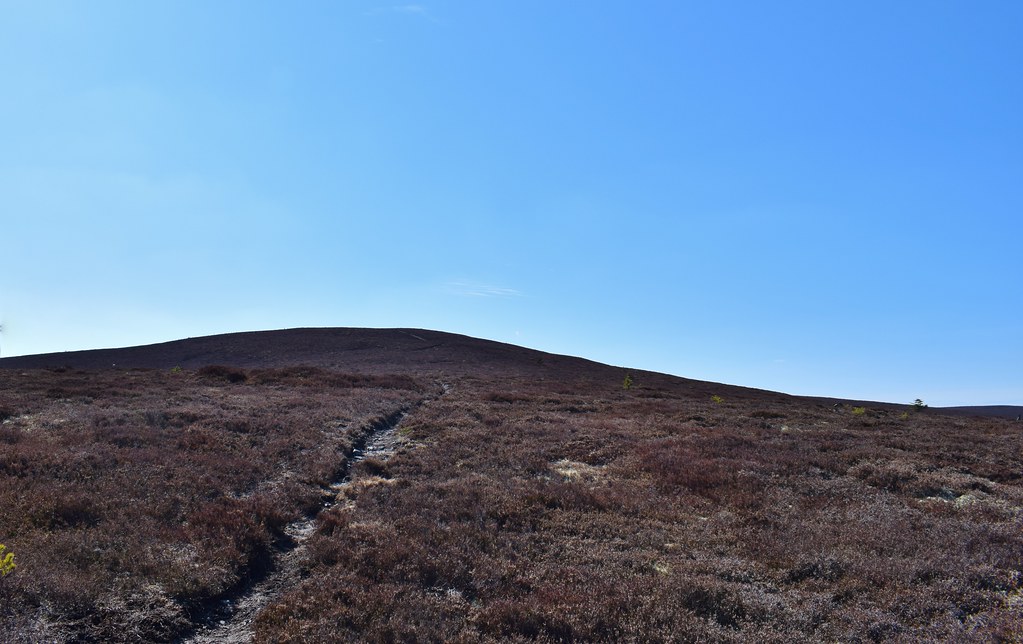 Looking back towards Bennachie 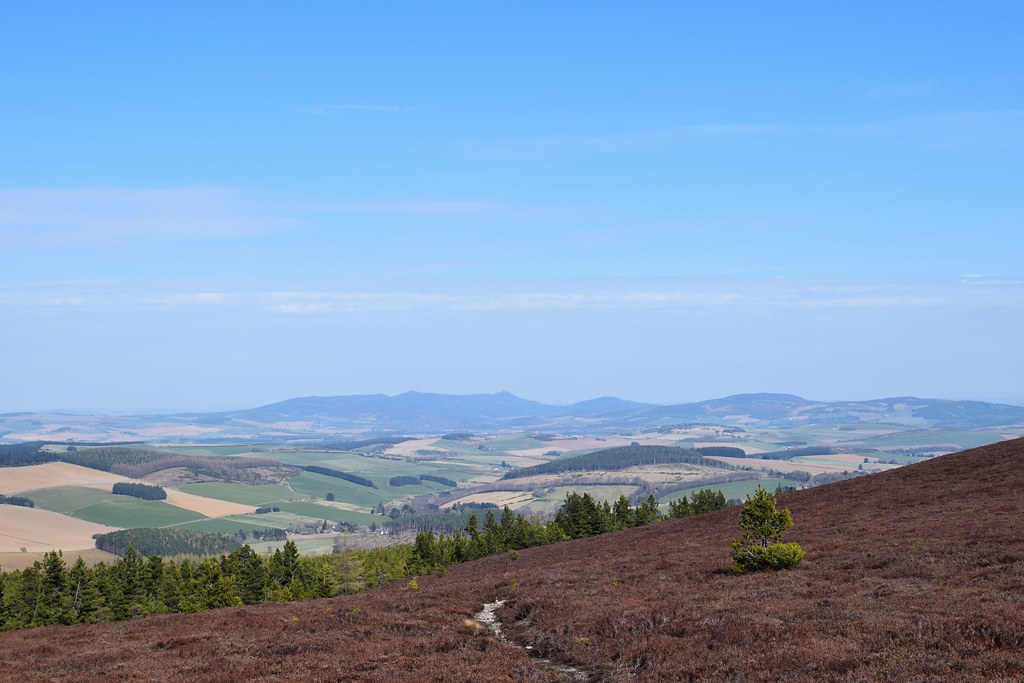 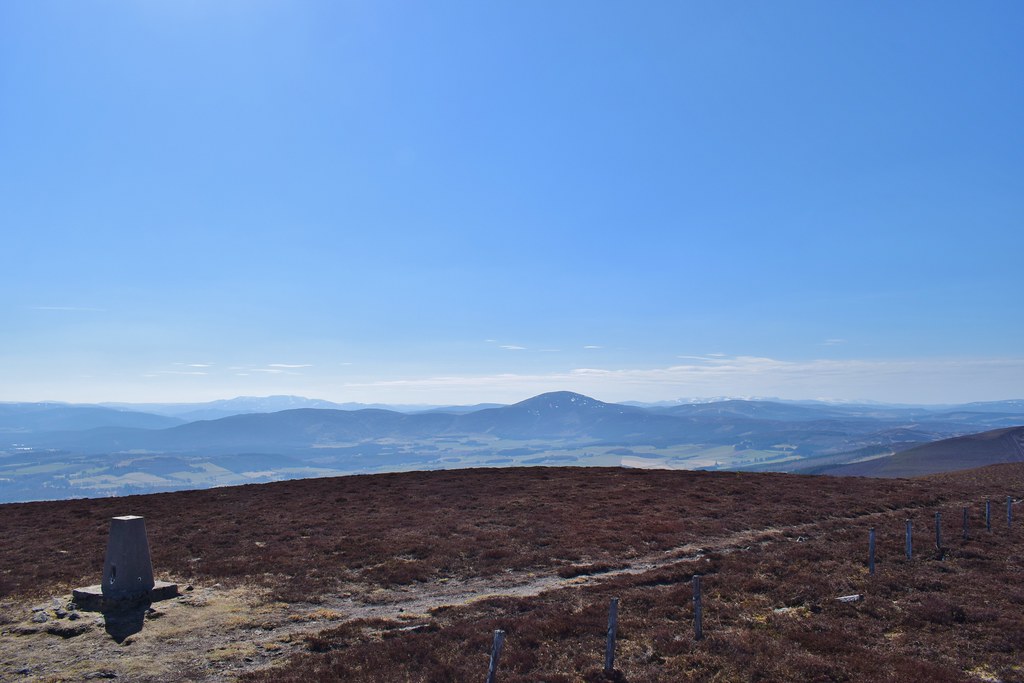 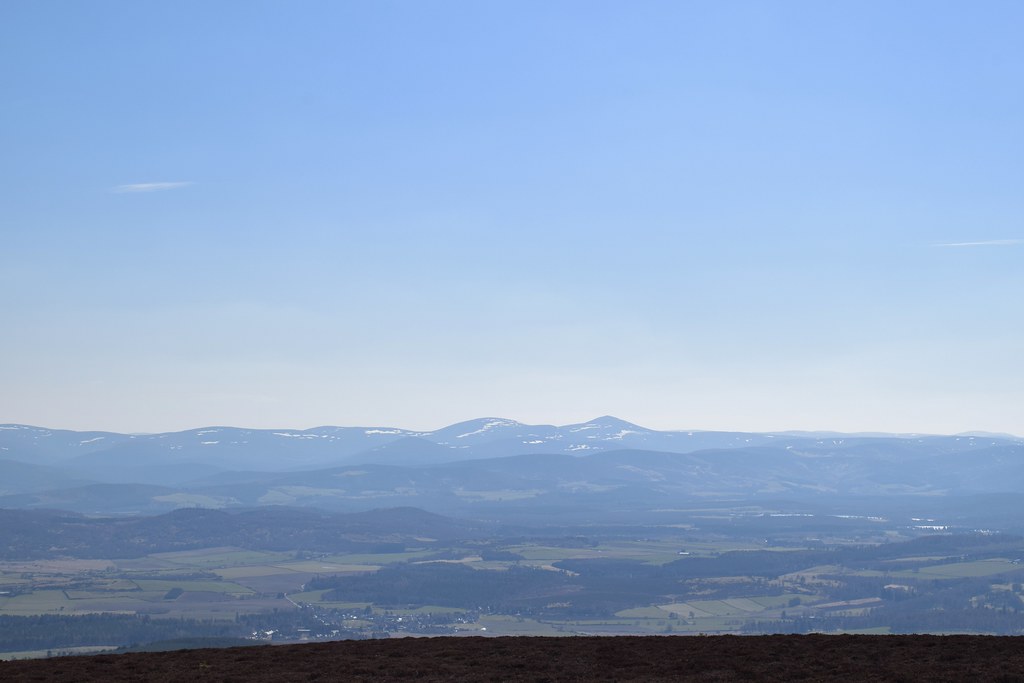 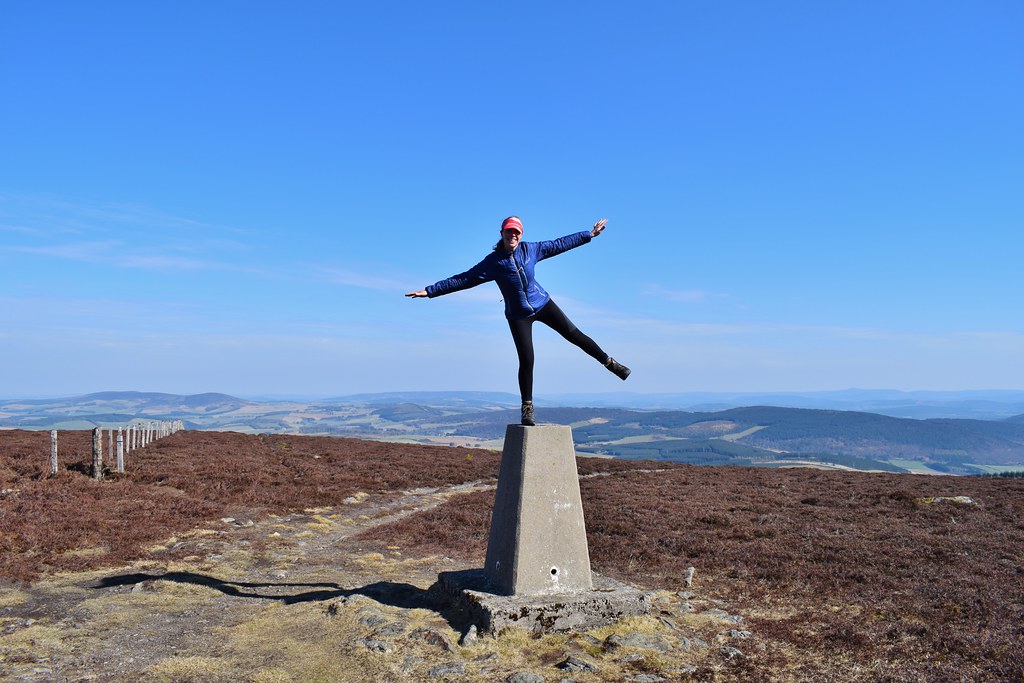 Morven with (I think) Ben Avon behind 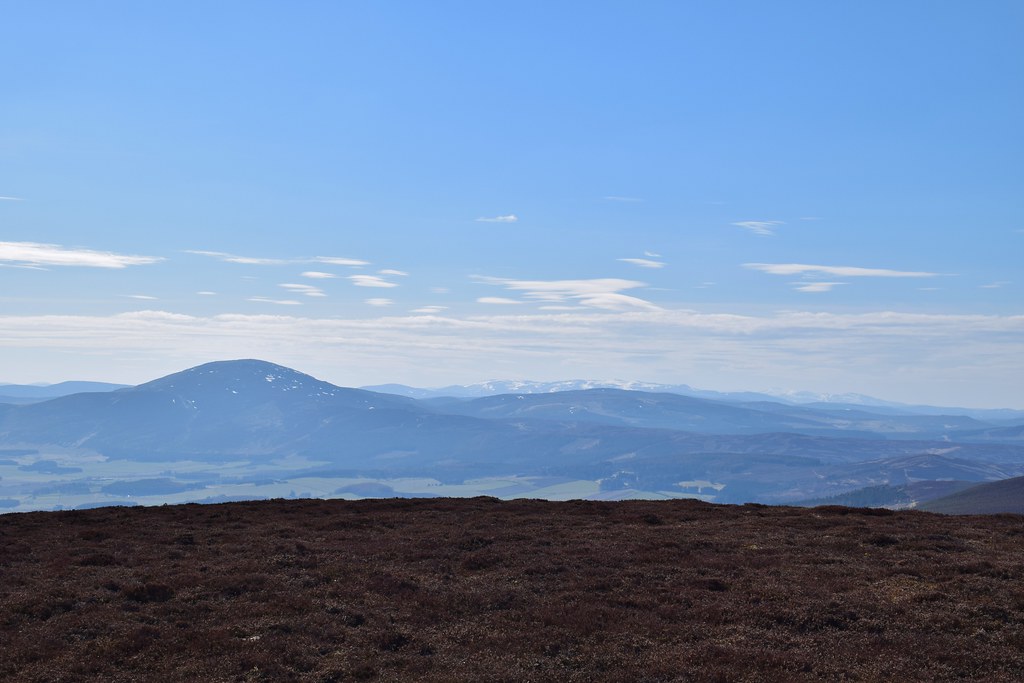 It hadn’t been a particularly difficult climb, but even the easiest of things give me trouble nowadays, so we sat down and enjoyed the views, and the company! Being a bit of a hermit, I was surprised just how awesome it was to see another friend 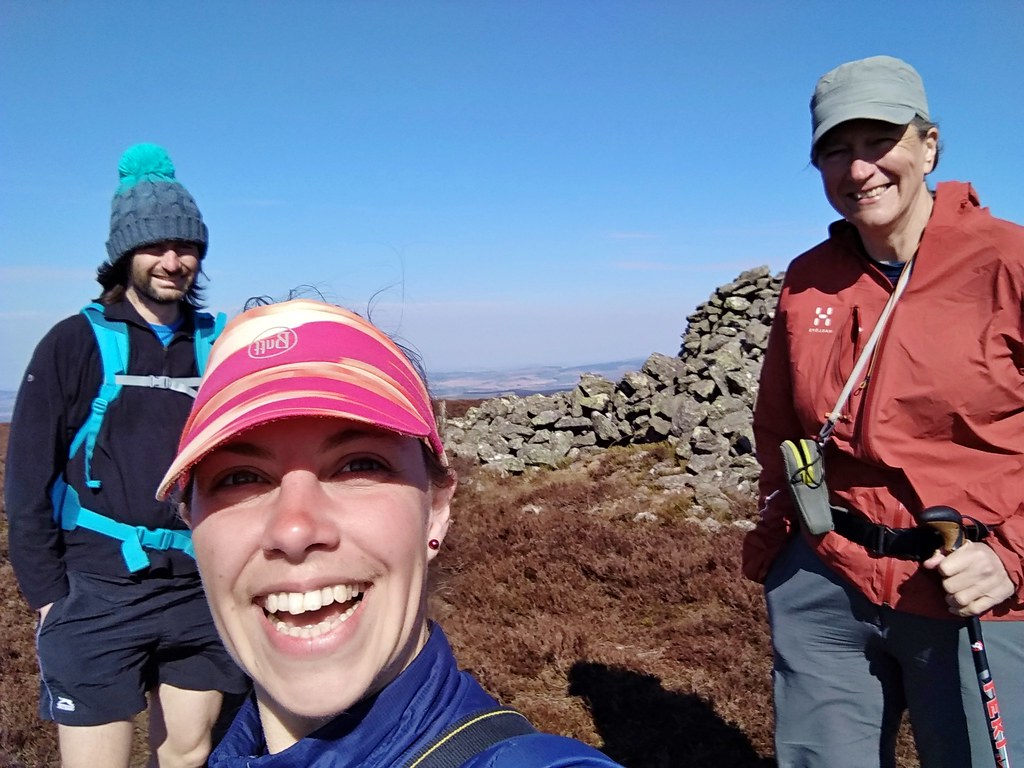 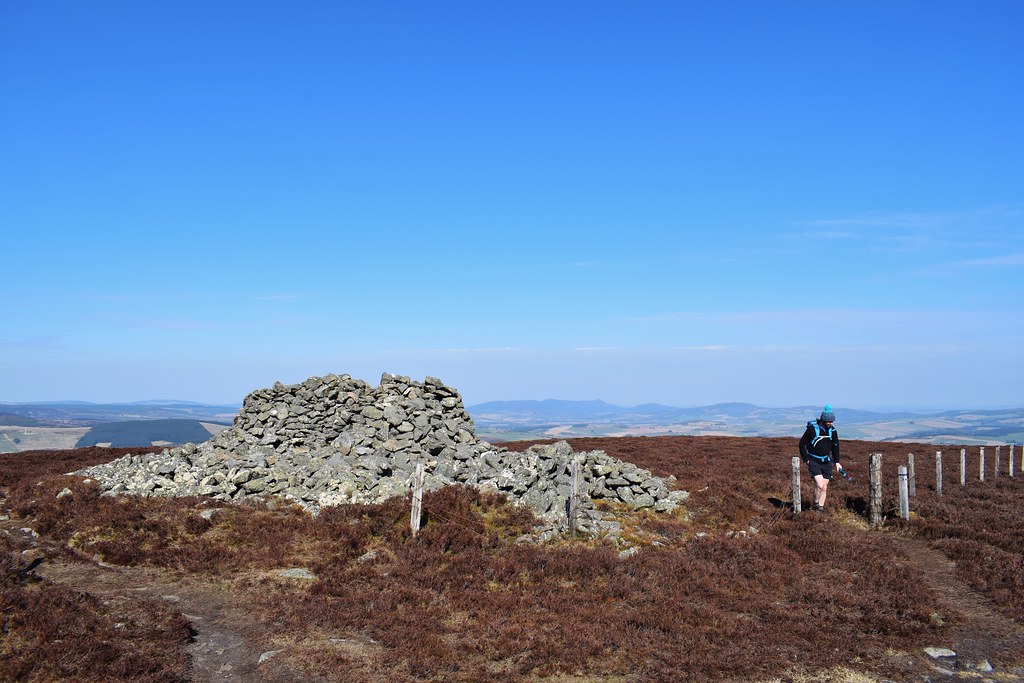 After a nice long break, we decided to head back down. Malky suggested an alternative route, and normally this earns him a slap but on this occasion we all agreed it looked doable 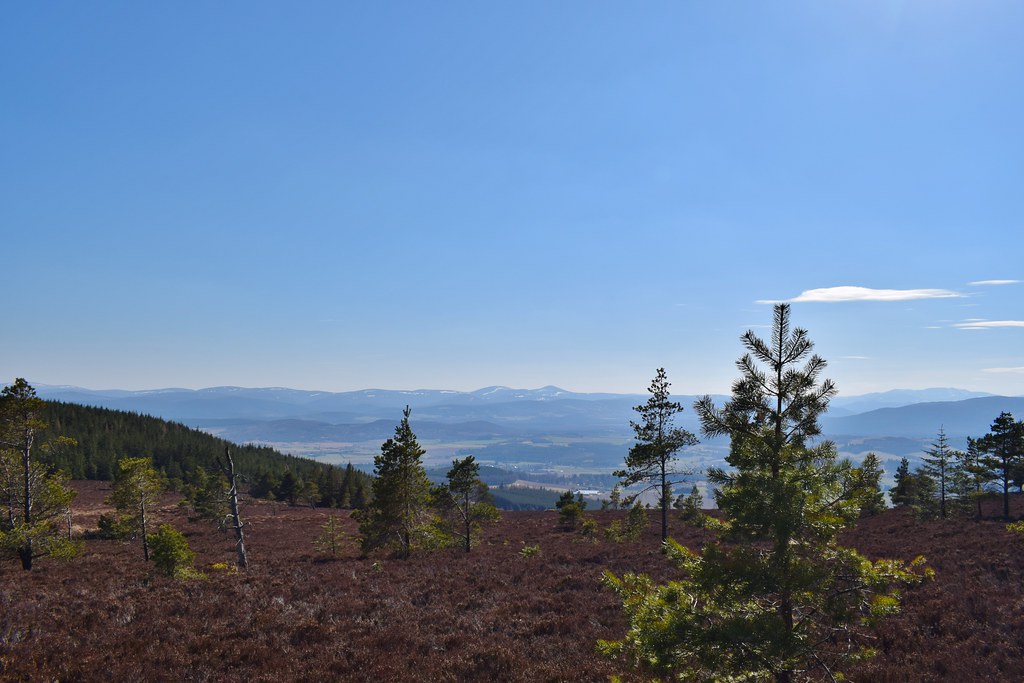 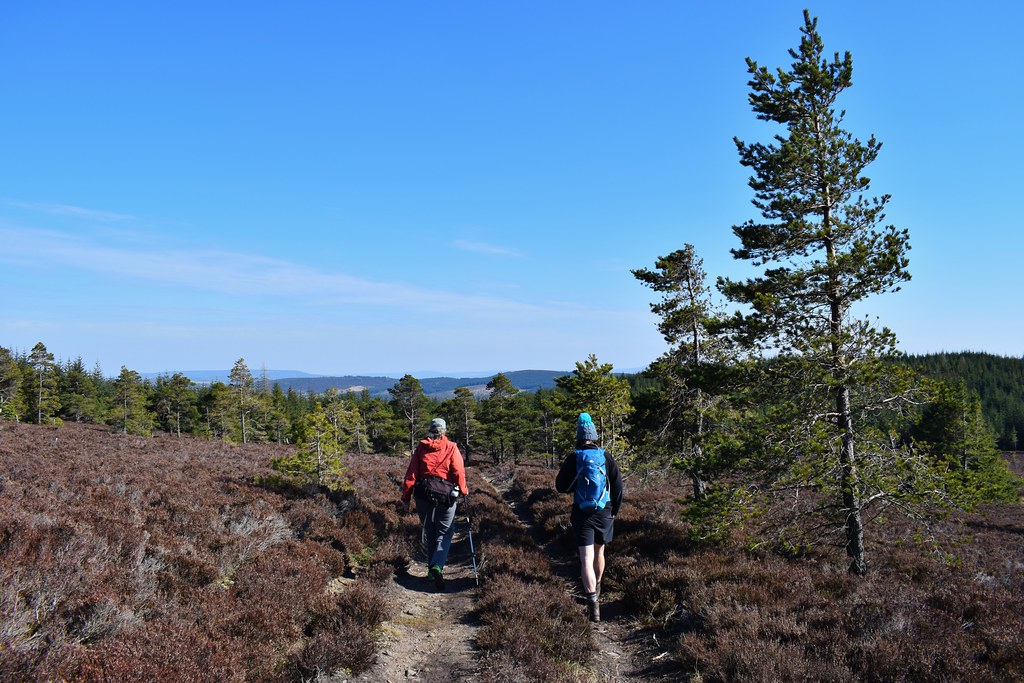 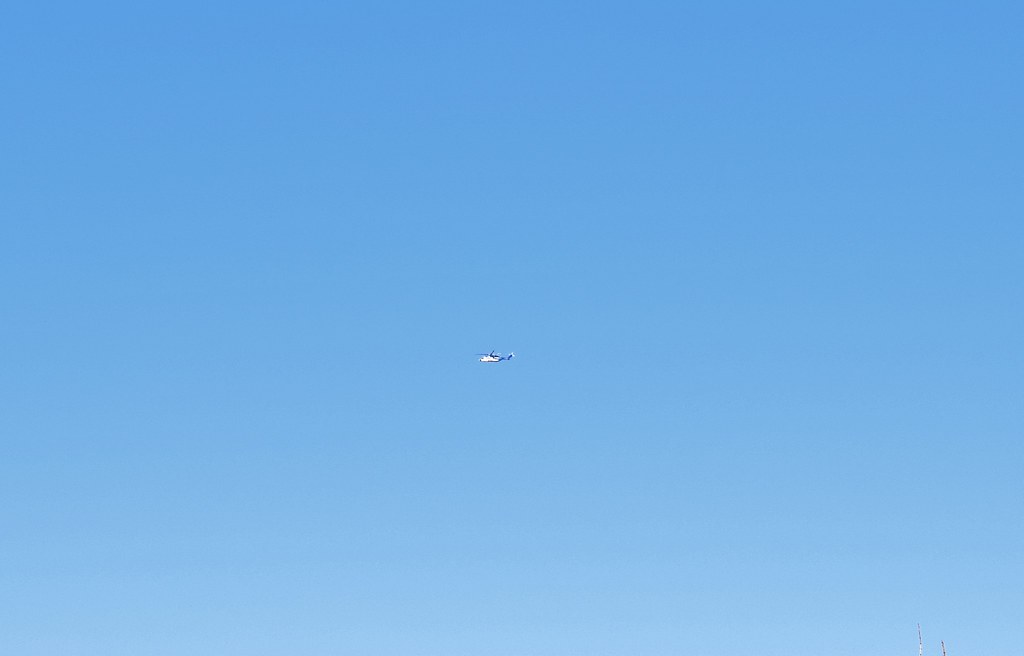 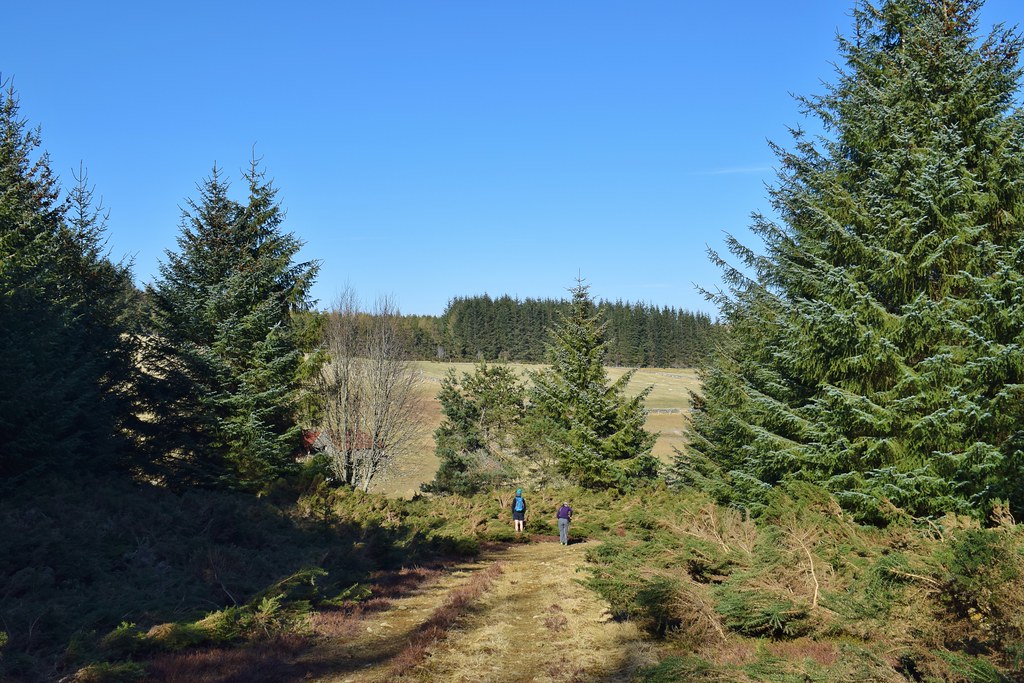 We managed to cross the burn easily enough (although it would definitely be trickier if it had rained) and were on a muddy track. We met a man doing some fences and stopped for a wee chat. We could blame him for not looking at the map and getting lost….but that would probably be unfair 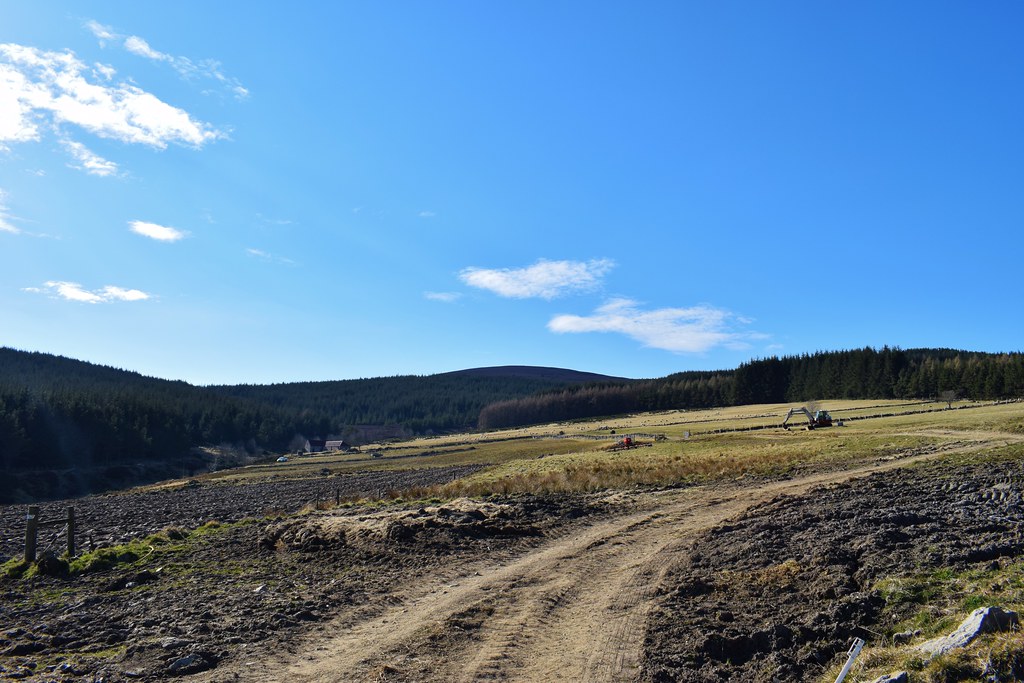 We missed a turning on the track and ended up at the farm at Burnside – this meant a slightly longer route and small amount of extra ascent. I’d been having a relatively decent day for me, but I definitely wasn’t amused by this

Gill invited us back to her garden for some tea and cake – well, it would have been rude to say no

The three of us managed to devour and entire cake 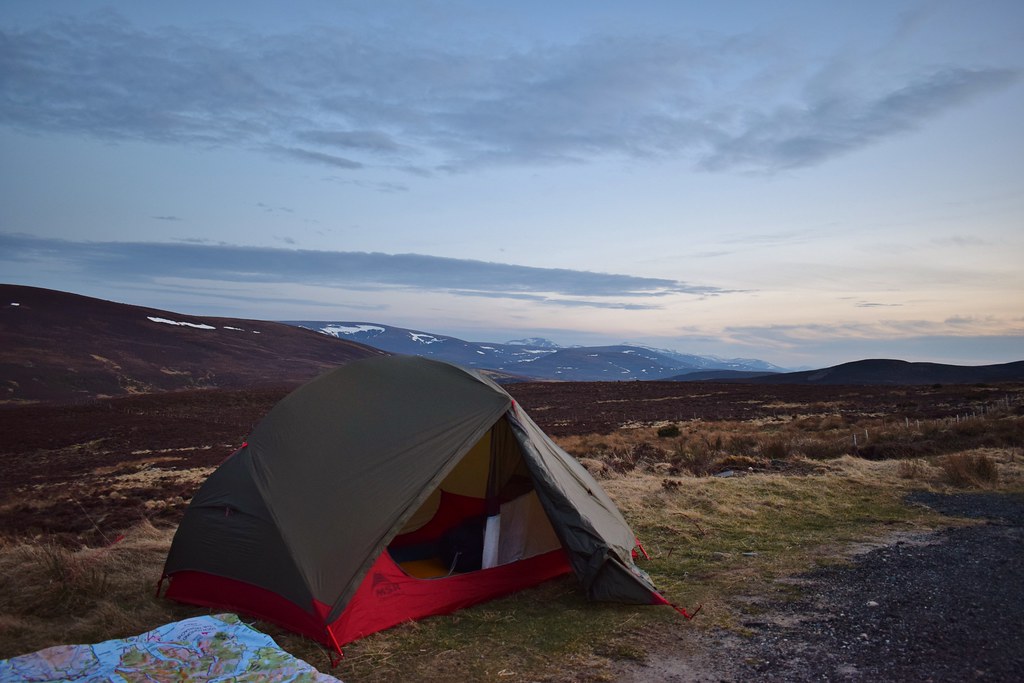 It wasn’t the world’s most amazing sunset, but it was a nice spot and did the job! 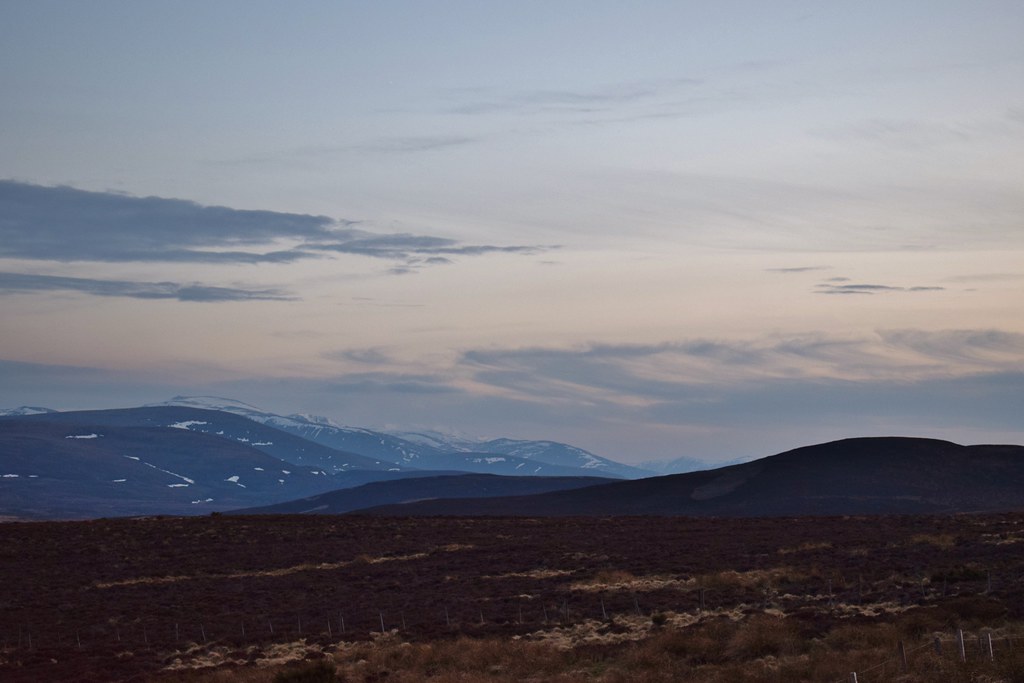 activity_6628587610.gpx Open full screen  NB: Walkhighlands is not responsible for the accuracy of gpx files in users posts

Re: Pressendye with another human!

We went up the northern half of your route six years ago and really enjoyed it for its views of the surroundings and ease of access. It's also a name that seems to trip off the tongue though that's a matter of opinion, of course. It seems also to have been the subject of a name change though and must, at one point, have been considered the coldest place in Scotland:
http://www.cairngormclub.org.uk/journals/PDFs/Articles/J044/The%20Cairngorm%20Club%20Journal%20044%20-%20The%20Hill%20of%20Cushnie%20WM.pdf