Shorter walk than I expected, and certainly easier doing it after a good dry spell than if the ground was wet. Would be a good frozen option too, though wouldn't get the wild raspberries and blaeberries to eat then. I ended up doing it anti clockwise as I saw an ATV track heading up quite steeply from the mine, so decided to keep the more gently sloping path for the descent. 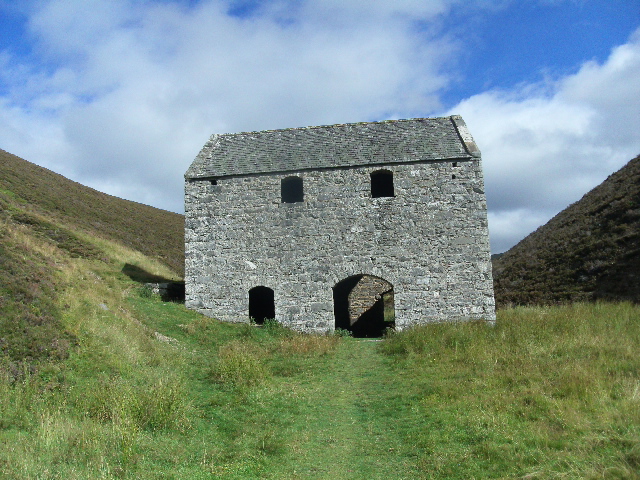 Old mine building has historical info boards in it 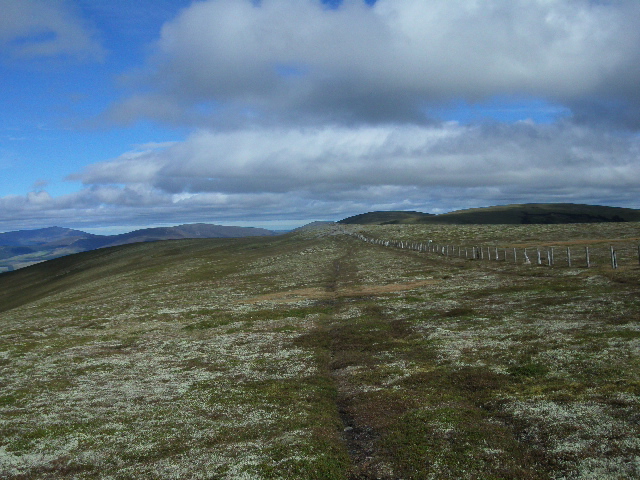 Crossed the burn and went up the ATV track towards Carn Liath, then cut diagonally across pathless easy ground to meet the fenceline and ridge with a worn path 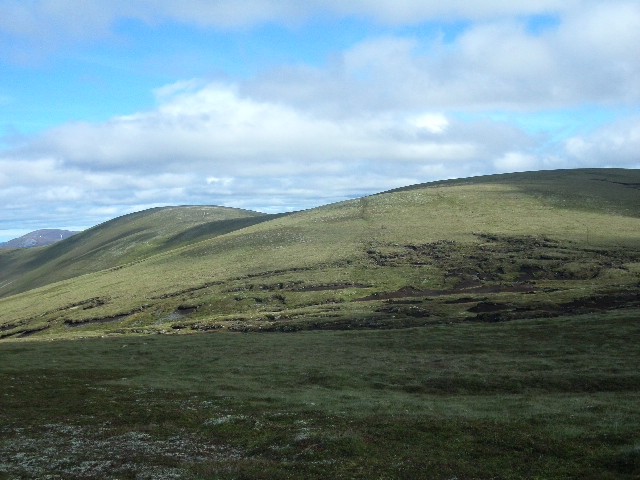 I thought the fence line would follow the boundary marked on the map and go all the way to Carn Mor, but it veers off west surprisingly. Just as well I wasn't blindly following it in the clag. Carn Mor was clear to see, even if there were areas of peat hags to get through to reach it. 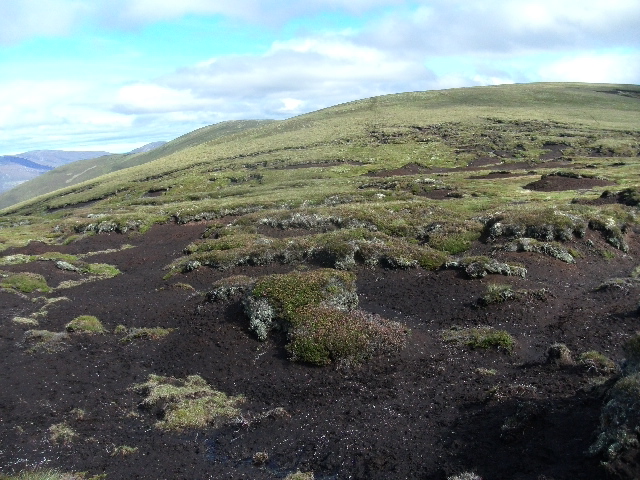 One of those routes which should only be done in very dry or very frozen conditions! It was the former today fortunately. 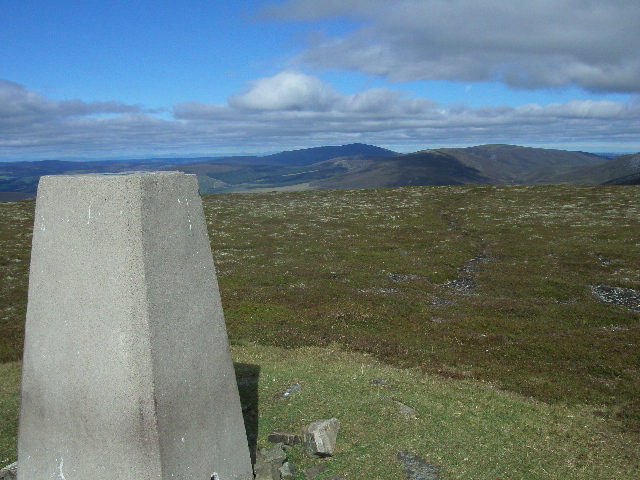 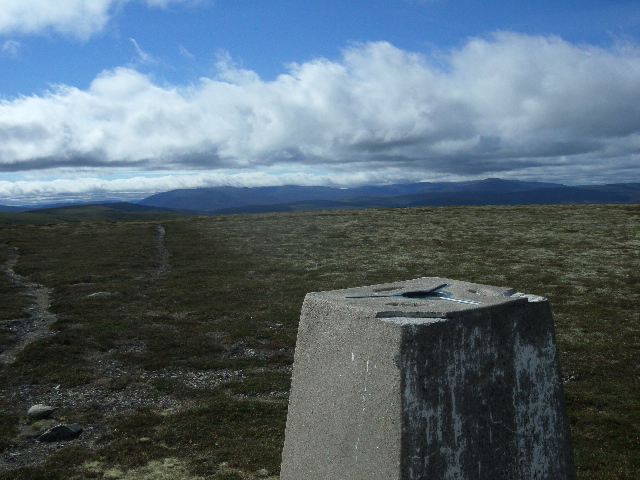 SW to the Cairngorm plateau, tops of the munros in and out of clouds (the following day had perfect conditions there though) 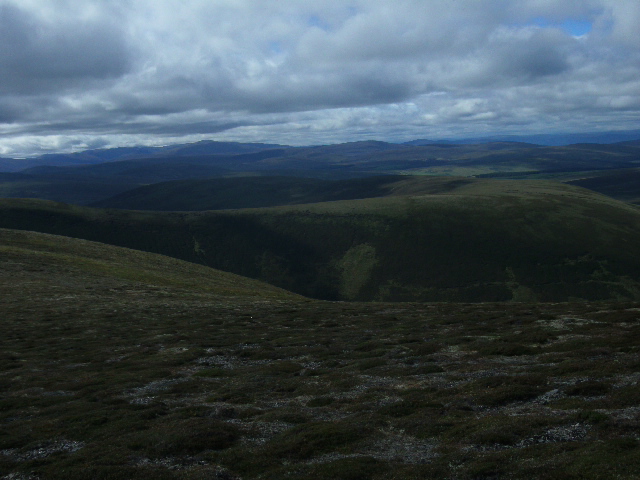 Heading back to my descent route, I'd be going left to right across the ridge in the centre of shot, then curving left in the direction of Carn Dulack 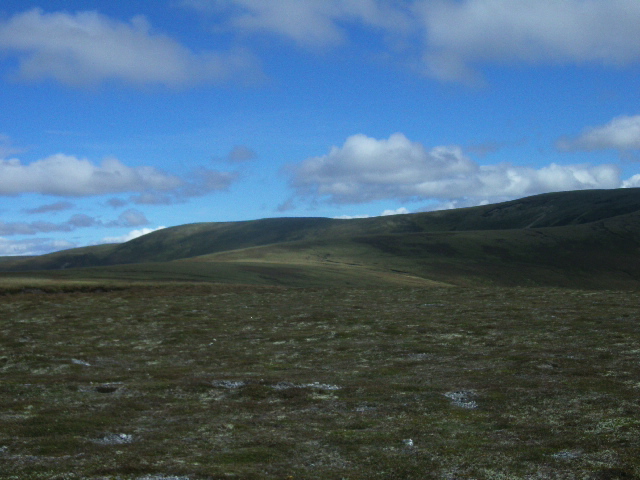 ...and this is the view back to Carn Mor having done the section described in the last photo 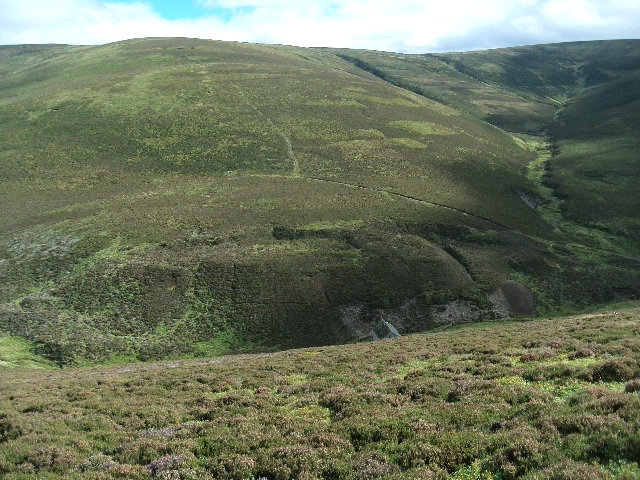 Just about to take the path down through the heather back to the car park; this is the view across the Lecht Mine building down in the valley below showing the ATV track heading up the slope opposite, the route I'd taken up at the start

As Carn Mor was quite a short walk for a corbett, I stopped on the way back just to nip up another (very) short walk nearby. Parked in the signed car park at Glenmullie, then just stayed in trainers to take the waymarked route up to the viewpoint and then went up to the mast before heading back the same way to the car more or less (took a different route back inadvertently but the forestry tracks met up anyway). [6.9km, 225m ascent, took about an hour and a half] 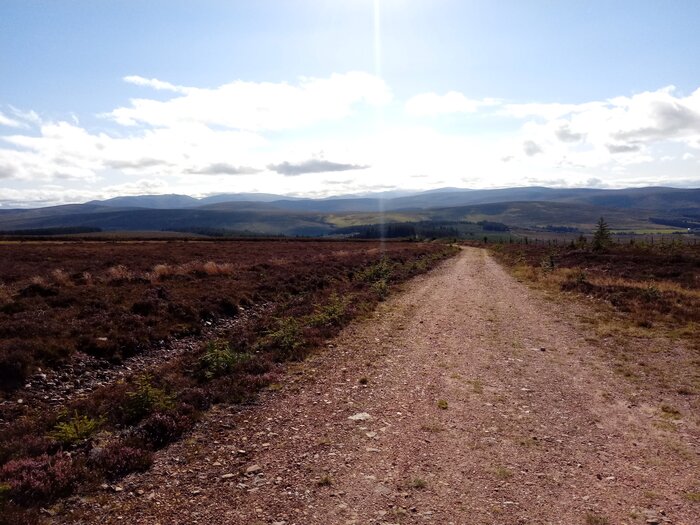 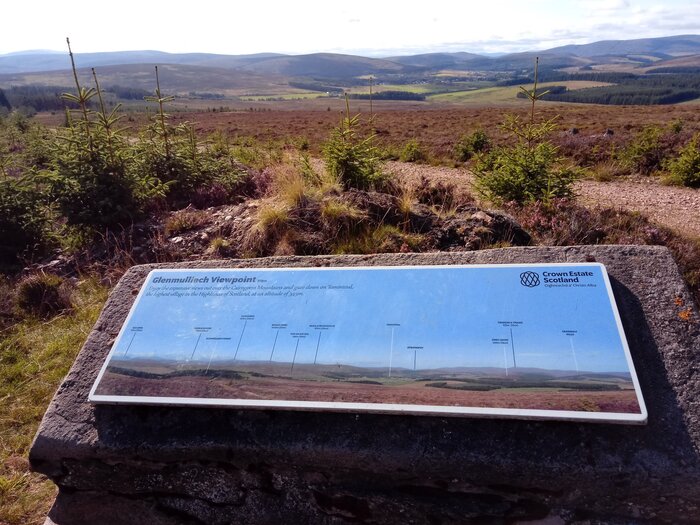