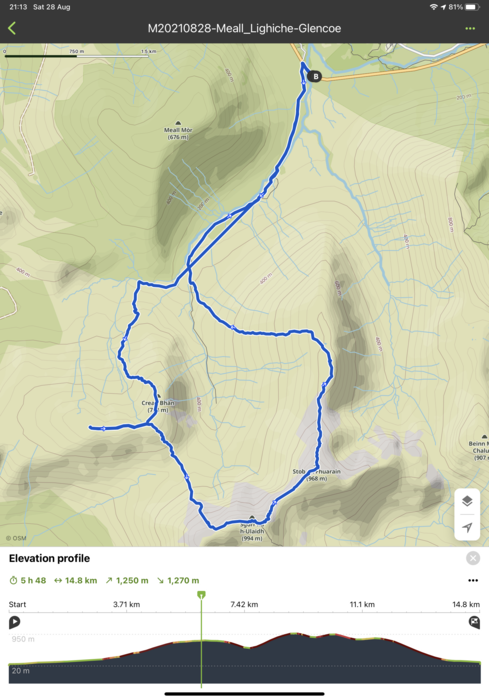 My primary target was the Meall Lighiche for my Corbetts collection, however I had a curiosity to try to Sgurr na h-Ulaidh for my fun.
After completed this route, I realized that I chose slightly different route compared with other recommendations. Started from Parking spot beside A82, then followed the Ford towards to Glencoe Mountain Lodge.After passed there, I see beautiful shape of Meall Lighiche.
I followed a faint path on left side of the river and lift my body up, the I left from the path for heading to the ridge. Grassy steep slope made me feel tired. When I reached a ridge, I saw a beautiful mountains on North side.
It was very easy to get the summit of Meall Lighiche, and took some shots for my memory. From here, I decided to go to Sgurr na h-Ulaidh, but it looked very steep scramble line.
So I was a little bit nervous to try. It was a tough scrambling line at the beginning.
Then I saw some vertical rock formation in front of me.

I tried to avoid tough scrambling line and traversed to left side. Eventually, I found easy scramble point to pass the rocky area.

The red line would be my route to tackle.
I thought this was the line to try, but after completed this trip I realized that I had to tackle west side of the ridge rather than this... it was too late anyway. 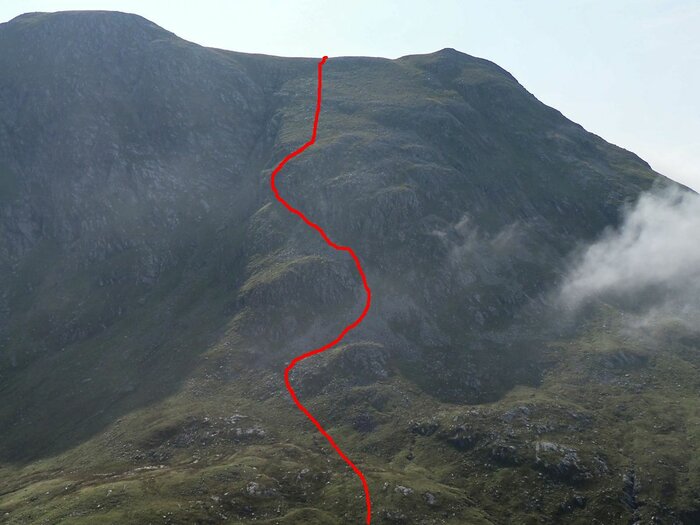 From there, access to the summit of Sgurr na h-Ulaidh was very simple and easy.
I felt a great success of my trial. Great views from the summit was cheered me up !!! After a short break and lunch, I started to traverse to Stob an Fhuarain. Then to Aonach Dubh a"Ghlinne 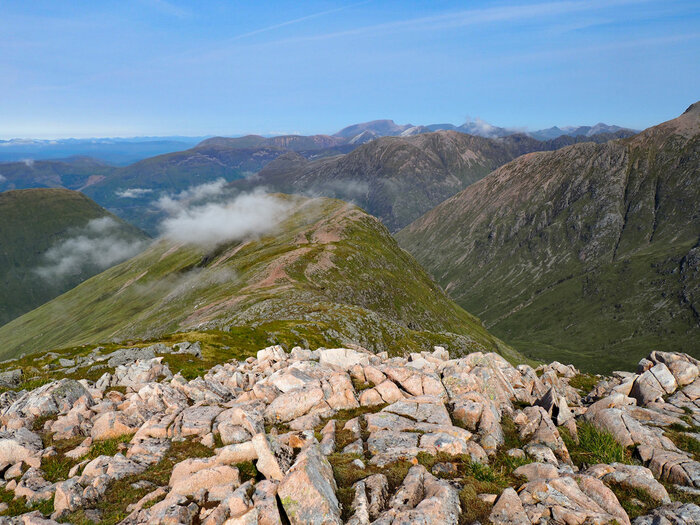 Grassy downhill but steep from there was another fun, although my legs became tired a little.
I tried not to meet stalking path as much as possible, then finally met a river.
Final part was easy walk.
I was lucky to tackle this route on such a fine day !!!