With grouse shooting season started and me only able to walk on the Monday, decide to forego my usual Borders Donald explorations and instead head for some hopefully safer shooter-free tops within the NTS land at Grey Mare's Tail. I had been up White Comb about 30 years ago so decided to head for Lochcraig Head and the wonderfully named Molls Cleuch Dod, too.

our_route.gpx Open full screen  NB: Walkhighlands is not responsible for the accuracy of gpx files in users posts
Managed to park at the NTS car park straightforwardly and headed up the path by the side of the falls. Passed the sign that said dog owners should keep their dogs under control and ideally on the lead. More on that later. .
Path up pass the waterfall was not overly busy. It was little busier at Loch Skeen but once the path reached the boggy ground there was next to no-one around. I even managed to see an adder in the undergrowth. 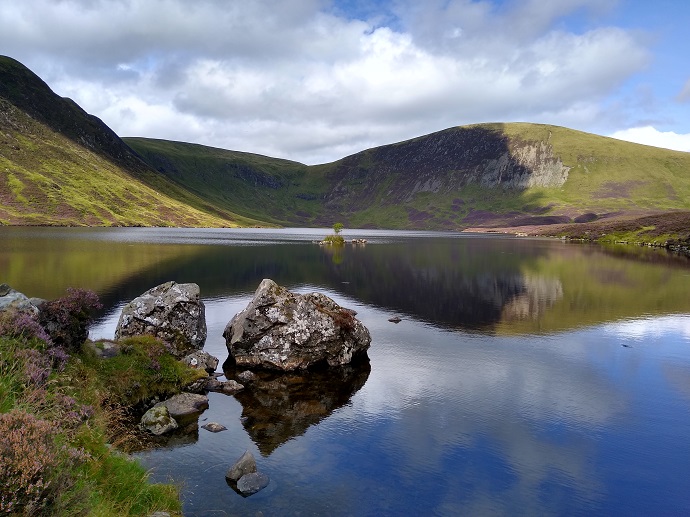 While following the fence over the boggy ground, I unfortunately witnessed about 200 to 300m ahead up on the hill the horrible sight of a dog worrying sheep. I've never seen this before. The dog downed the same sheep a couple of times and would not return to the owners despite their calls. Eventually one of the owners did catch the dog.
I headed up the hill using the faint path by the wall, the dog owners by this time were sat by this path. When I reached them I asked if the sheep was ok. They said it was and that the dog had never done that before. They said they lived in an area with "wall to wall sheep" and that the dog had been trained with an "electric collar". I told them the dog should have been on the lead regardless. By this time I realised I should have video-ed the incident but hindsight is a wonderful thing. There was one of me and two of them and so ultimately it would not have mattered what I said to the authorities.
As I continued on up the path, they followed behind me, this time with the dog on the lead. As I walked about 5 to 10m ahead of them, they would let the dog get right up to my heels and then call it back. Needless to say this was quite intimidating when you are out in the middle of nowhere by yourself with two strangers who are not happy with you witnessing their bad behaviour. After a bit, I stopped and just waited for them to pass and get a little ahead of me. All in all this was not a pleasant experience. Eventually I reached the cairn at the top of Lochcraig Head that overlooks Loch Skeen. They reached it ahead of me obviously, they took a picture of one of them with the dog and then they carried on to Talla Nick.
I took a few minutes at the cairn to gather my senses. At this point, I realised again that I should take a picture of them but by the time I got my phone out they were way ahead so it was way too late anyway. I headed over to the Donald top of Lochcraig Head. Since I was not sure which of the two clumps of stones were it, saddo that I am, I just went to both. Still, nice to get different views. The Donald top of Lochcraig Head Or is this the Donald top of Lochcraig Head?

From there I walked back to the cairn and then down the Talla Nick. Once up the other side of the nick, I decided I was indeed ok to head over to Molls Cleuch Dod. 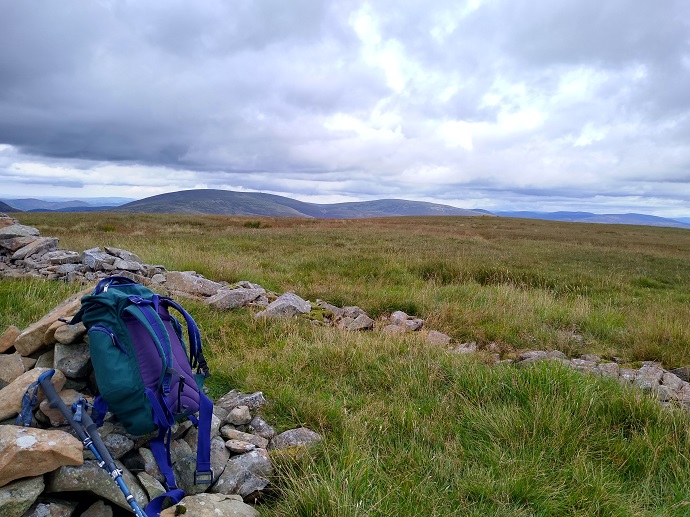 Not again. Is this the Donald top or is that it over there? Came back down via Mid Craig 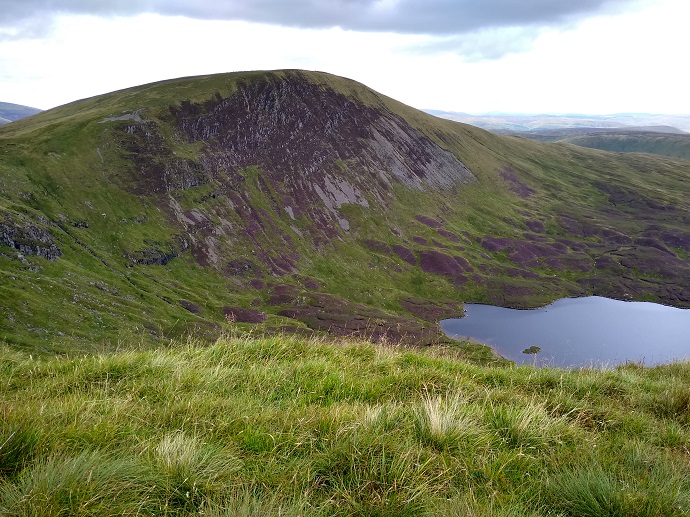 At the loch side, met a herd of goats.