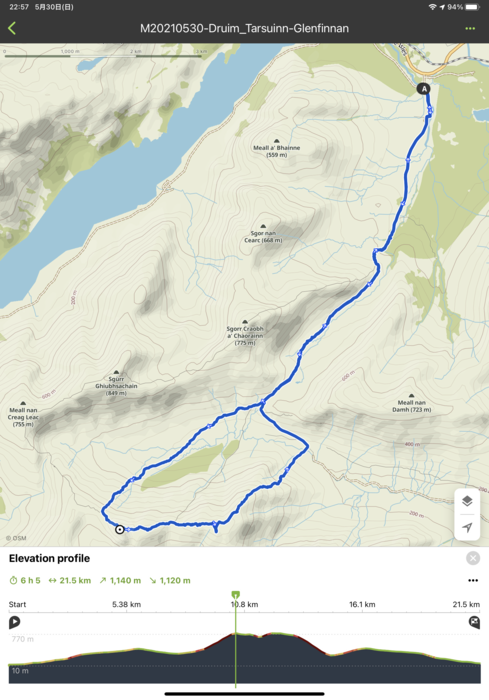 My last day of Hiking Trip, and it was very hot day.
I decided to take long hike from Glenfinnan to Druim Tarsuinn.
The approach seemed very long... so my expectation was 7hr+ hike. 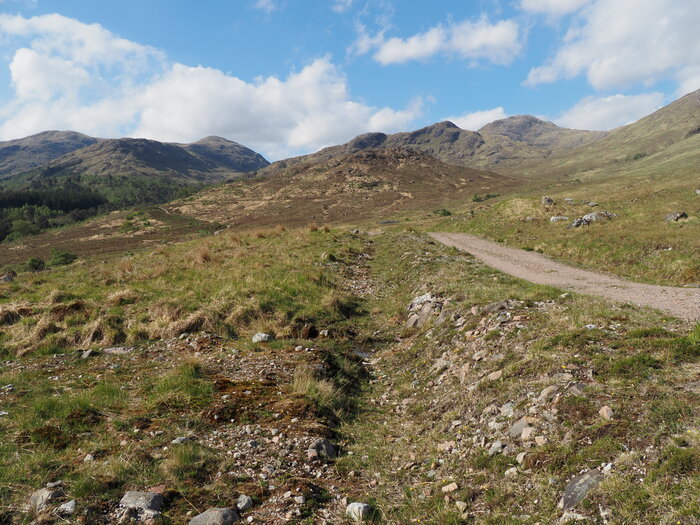 Following the Ford for long time first, then became to Path after passing a Gate.
Clear path was continued UP then reached a wide valley. 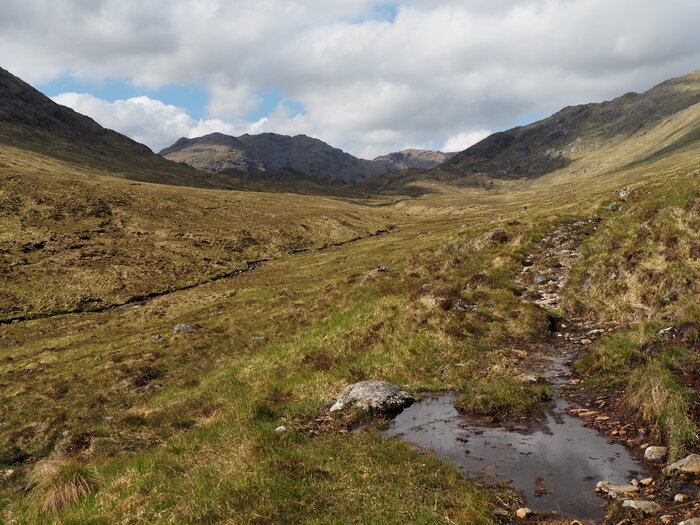 I thought middle (big) one was my target, but I realized that was not the Corbetts later...

After passed the valley, the path started to DOWN... so I tried NOT to head down quickly to reach to upper stream of Cona river.
Cona river was very easy to pass without wet, however, only grassy steep slope was in front of me without path.
( OMG.... No photos. )
Scrambling the slope for 30min (?), I finally reached the ridge of Druim Tarsuinn.
From there, it was easy ridge walk to the Summit, and the view was Great !!! 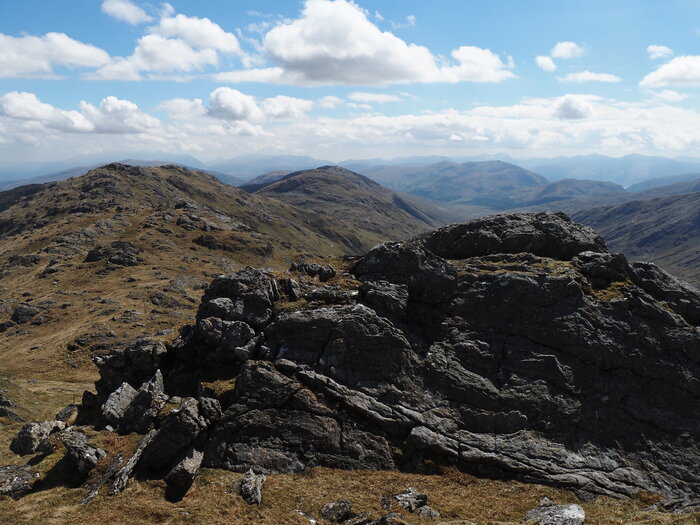 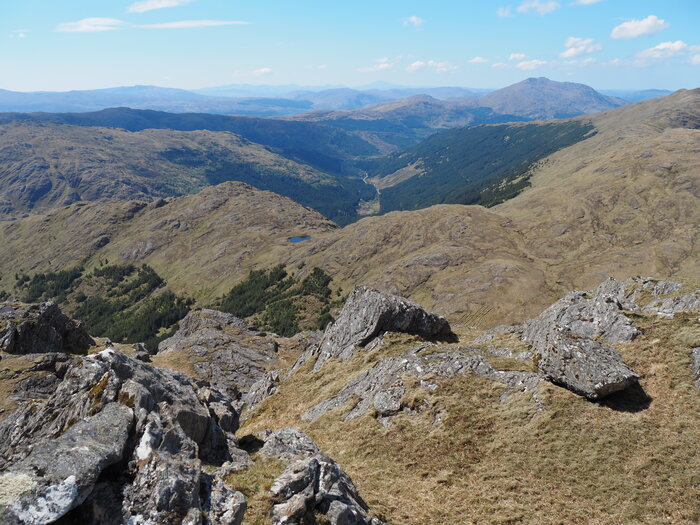 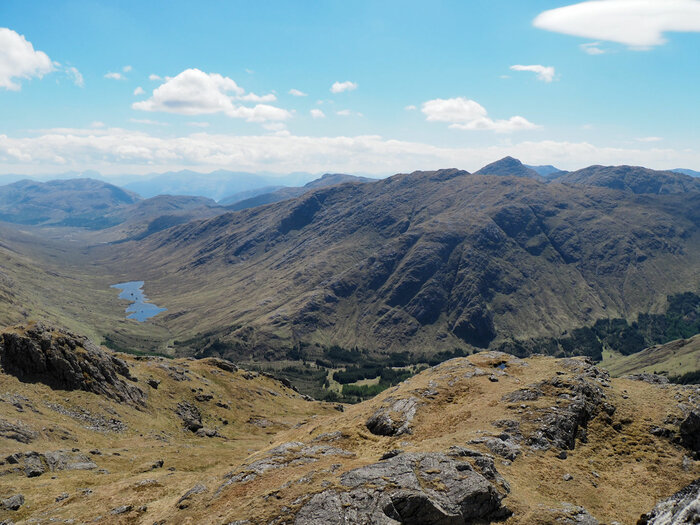 Now the time to traverse to East ( Meall Mor ). This ridge walk was easy and fun.
In the middle of the walk, I found good spot to take Druim Tarsuinn with me. Meall Mor was almost same height (but lower) as Druim Tarsuinn.
Then I realized this was the place I watched from Valley ( I guess). From here, I had to find where to downhill.
Then I found an interesting slope to hike on grasses between Rocks... I took a Video, but I can not show it here....Sorry. Finally I reached a bottom end and passed Cona River again... and back to Path.
The rest was to keep walking back to Parking...
Finally, it took only 6hrs hike. Now I had enough time to return back to my home.

If you put the seats down, a scruffy old mountain bike will fit in most cars!

1Magnus wrote:If you put the seats down, a scruffy old mountain bike will fit in most cars!

I thought so.
But maybe it would be too short for MTB until the Gate, and after the Gate too hard to lift MTB UP.
I will think about it for next time.

Thank you for a helpful walk report - I haven't even started on the Corbetts, and your walk report makes me look forward to them!

1Magnus wrote:Thank you for a helpful walk report - I haven't even started on the Corbetts, and your walk report makes me look forward to them!

I did the same, when I tried Munro Bagging.
Since I started Corbetts trial after completed all Munros, I realized I was wrong.
I rarely meet any hiker in Corbetts, so you feel a freedom in Scottish beauty, but many does not have any Path, so it is your own risk to tackle them.
I like an adventurous hike, so Corbetts trial fits my will.
But many area does not have clear path, so I always say this is my risk management training !!!