11/10/21 Dry, Visibility excellent, Wind 315 at 45
In an attempt to avoid that long walk in along Jocks Road, I decided to tag Tolmount and Tom Buidhe onto the Glas Maol circuit.
Parked at Sean Spittal Bridge NO145806 before first light and took the Glenisla Footpath signed the Monega Pass. 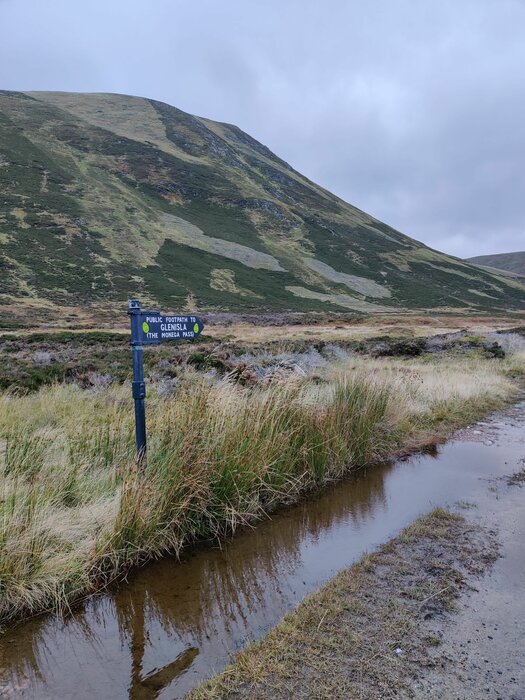 Followed the vague path thats clear on the map but overgrown and very boggy up past the Shielings to ascend Càrn an Tuirc. 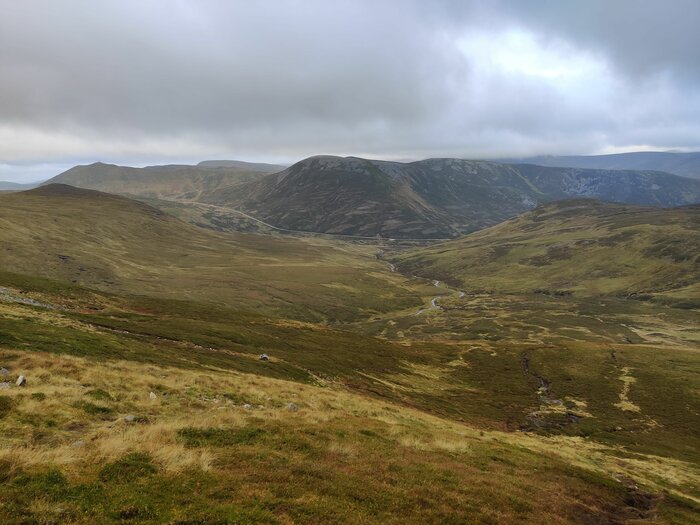 There is a clear path worn away from the path up to the Hut, that gives less of a looping route to the top, just be careful of the boulder field and 930m, it's brutal so skirt around to the left.

I completely lost visibility in the last 20m to the summit so didn't hang around there, took a bearing of 090 to intercept the path at the top of Coire Kander, 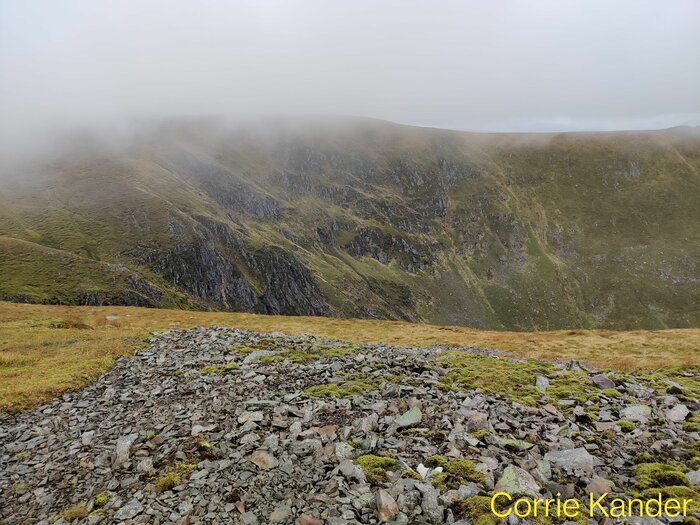 Then a bearing of 105 to round the south of the gulley just west of Tolmount. 205797. the low cloud cleared just after missing the view down Coire Kander.

The wind assisted the walk up to Tolmount and then was a bit of a pain heading down the path to get to Tom Buidhe. The path disappeared into heavy bog at about 206794, so it was line of sight to pick up the path up TB. The same path was retraced westerly towards Cairn of Claise, again in poor condition, invisible at times before picking up the twin tracks just before 1000m the headwind making the pace really slow.

Cairn of Claise was no.4 on the day at just about lunch time, so into the stone shelter for 5mins respite from the wind.
By this time it was howling, and I had 4 layers on... base, microfleece, powerstratch hoodie and then a Thermoball.

From the summit of CoC the view south to Monega Hill and Caenlochan Glen was clear and very impressive. The path is clear south westerly skirting the edge of Garbh-Choire to where the path splits at 168776. Due south to Glas Maol or north to descend Glas Choire and Coire Fionn.

This is where I decided to pass on Glas Maol and come back and do it with Creag Leacach another day. The battle with the wind was sucking the life out of me and I knew that the path heading for Sròn na Gaoithe would take me directly back to the car without the walk back down from the Ski Centre. That 100m descent the north side of Sròn na Gaoithe was hard work too, but it did the trick and I was back at the car in exactly 6hrs.

With slightly different weather it would have been all 6, And I wouldnt have spent half the time deviating from the disappearing path to find dry ground...but happy enough with how this turned out.

Carn an Turic plus3.gpx Open full screen  NB: Walkhighlands is not responsible for the accuracy of gpx files in users posts