A crisp Friday morn, to pick up Harvey and head up to Huntly behind a big draft malt carrier. Sun shining like a searchlight in my rear view mirror.
After a wee overshoot, we parked up at the end of the track into the fields up to Aswanley. We were just tooling up when the farmer drove down the road and very nicely asked us to park at the track entrance at the other end of the wood, as a digger was due to arrive any minute. Nae bother - reversed down to the other track and tucked in so that the track wasn't obstructed. The farmer had also just moved his kye out of the field that we planned to walk up, into an adjacent field - which accounted for all the distant moo-ing as we arrived. 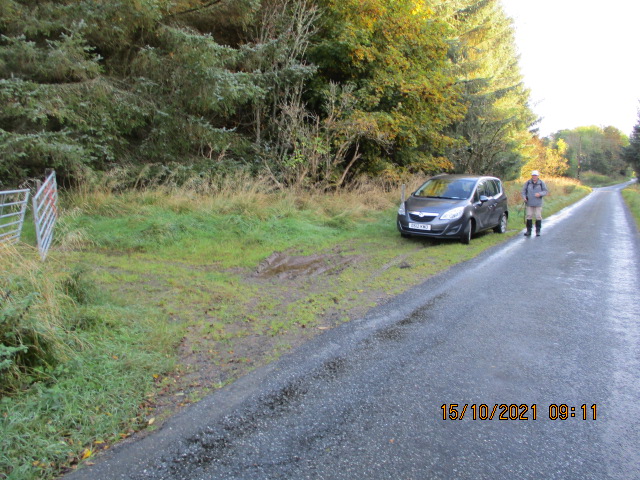 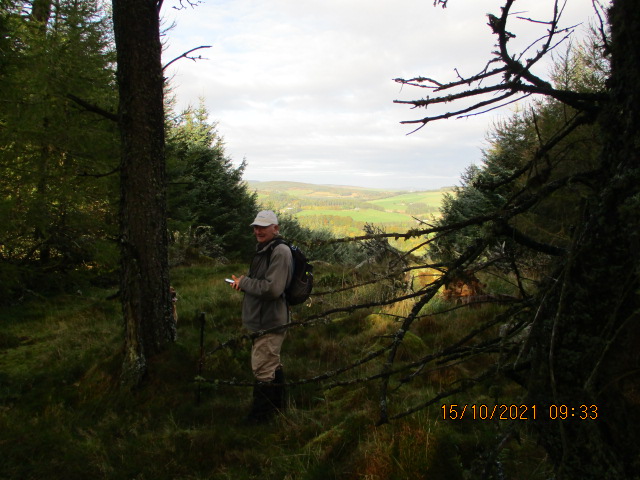 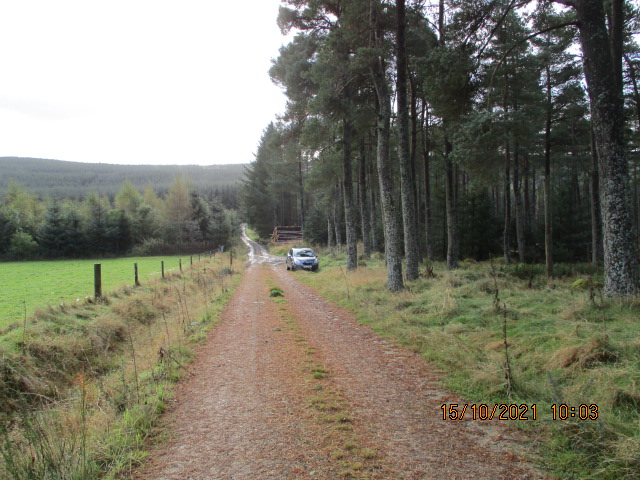 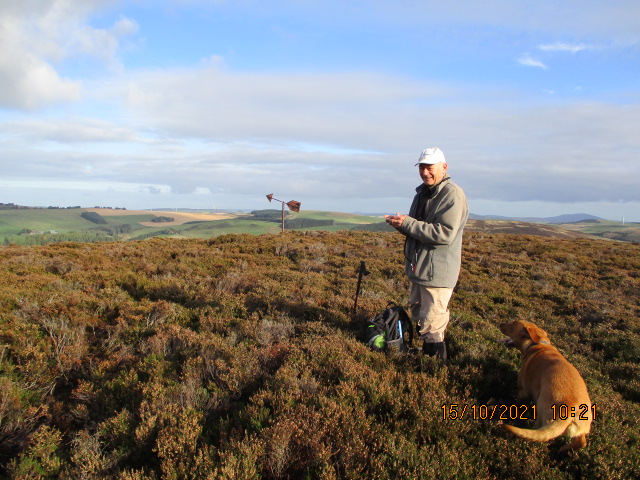 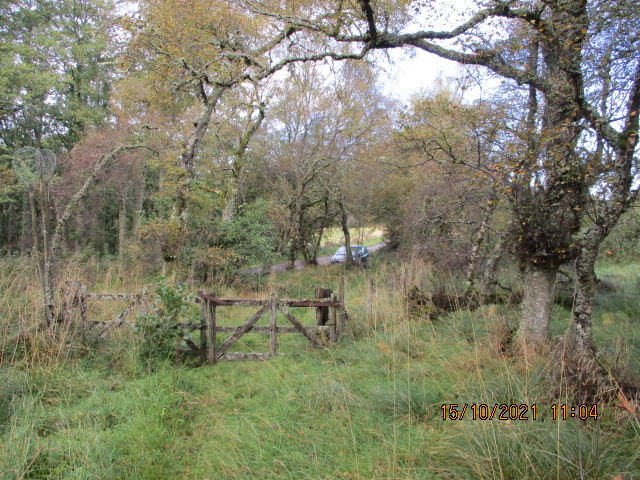 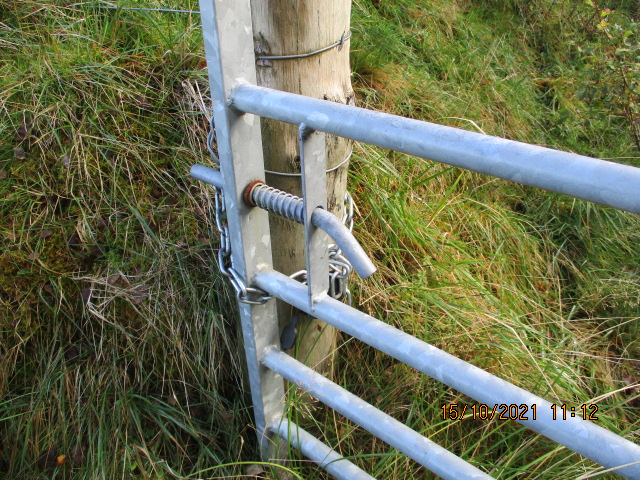 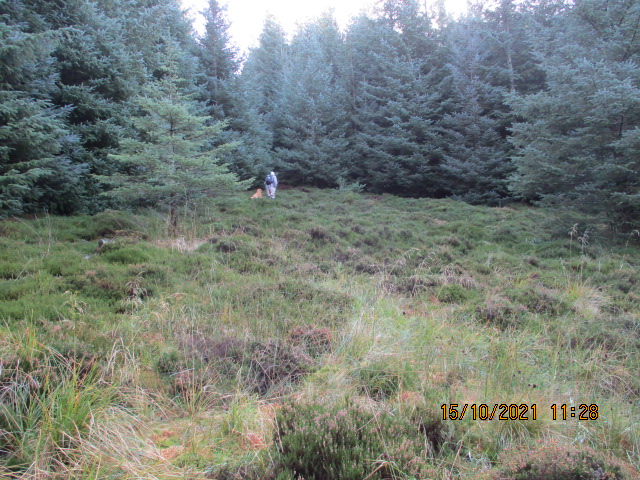 GordonC lounging at the Brown Hill ( SW ) Cairn after some heather moose-stepping ! GordonC near the top of Market Hill