This was yet another Plan B, ideally we would have liked to have headed NW but the forecast of rain and strong winds wasn't very appealing, so I suggested to George & Parminder we stay local (Ochil Hills) as the forecast was more favourable. The Ochils are a very under rated range of hills and once you gain the height the views offered are awesome - assuming you aren't in the clouds. This would be a second visit to the two hills for George and myself, Parminder would finish them off with Blairdenon.
None of us had started from the car park at Alva so it was a new adventure and it was just as well I had a route plotted as there are paths going in all directions.

Car park full on our return

Waterfall not far from the car park

Looking down on Alva

Parminder taking in the views, Wallace Monument in the distance

Looking across towards the Forth

The way up and ahead

Good track uphill, so much so we went too far uphill and missed our turning point for Ben Cleuch

We are just about to get back on course

Last look south before we enter the clouds

The way ahead to Blairdenon Hill

Below the clouds and looking south again

The way ahead, we opted to follow a path west rather than try and direct route

Plenty of moisture in the ground

The path, not quite a motorway more a "B" class road

The summit area of Blairdenon Hill, not very exciting 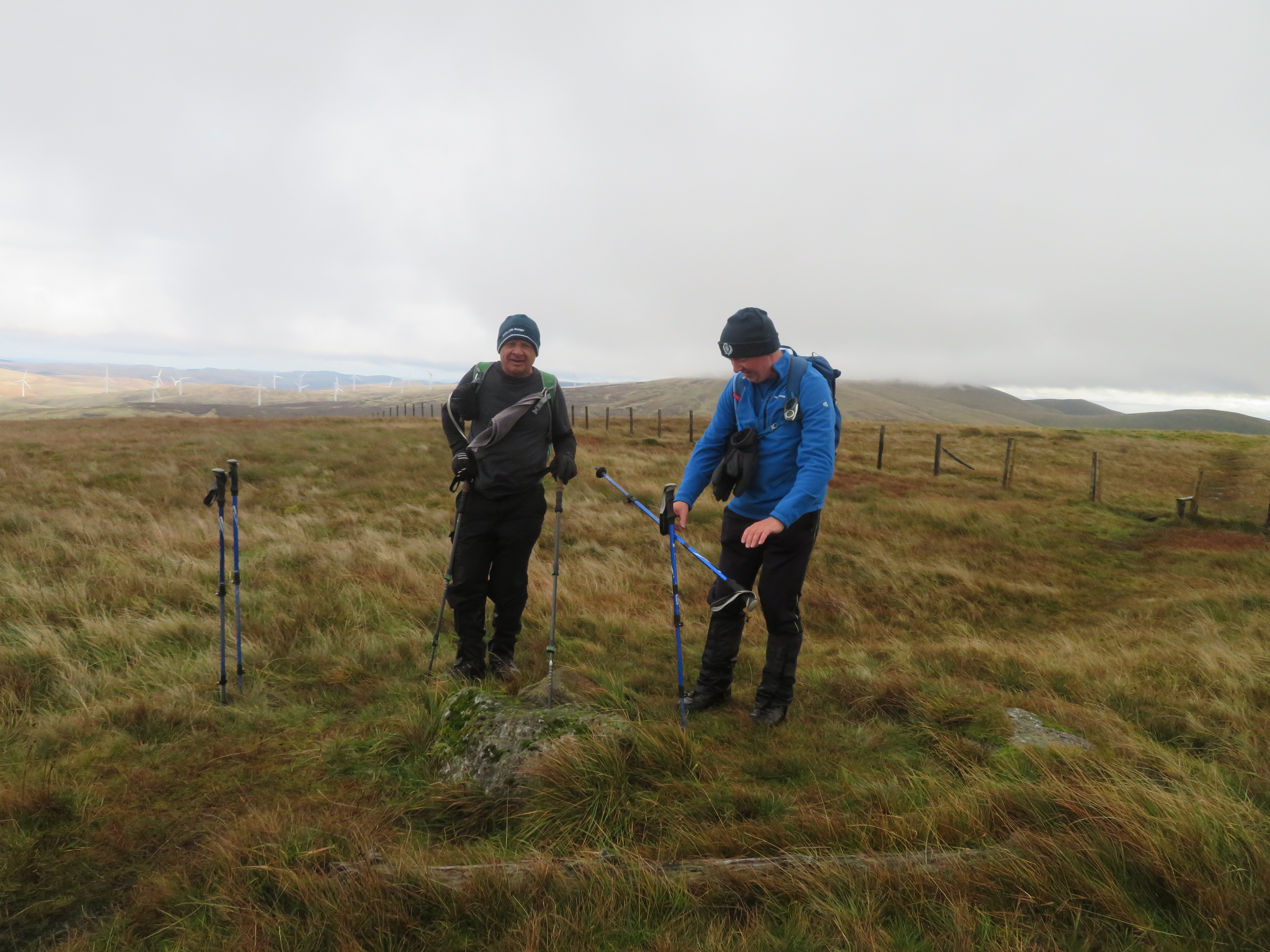 A George photo, I was making the summit a bit more interesting by creating a wind vane with my poles 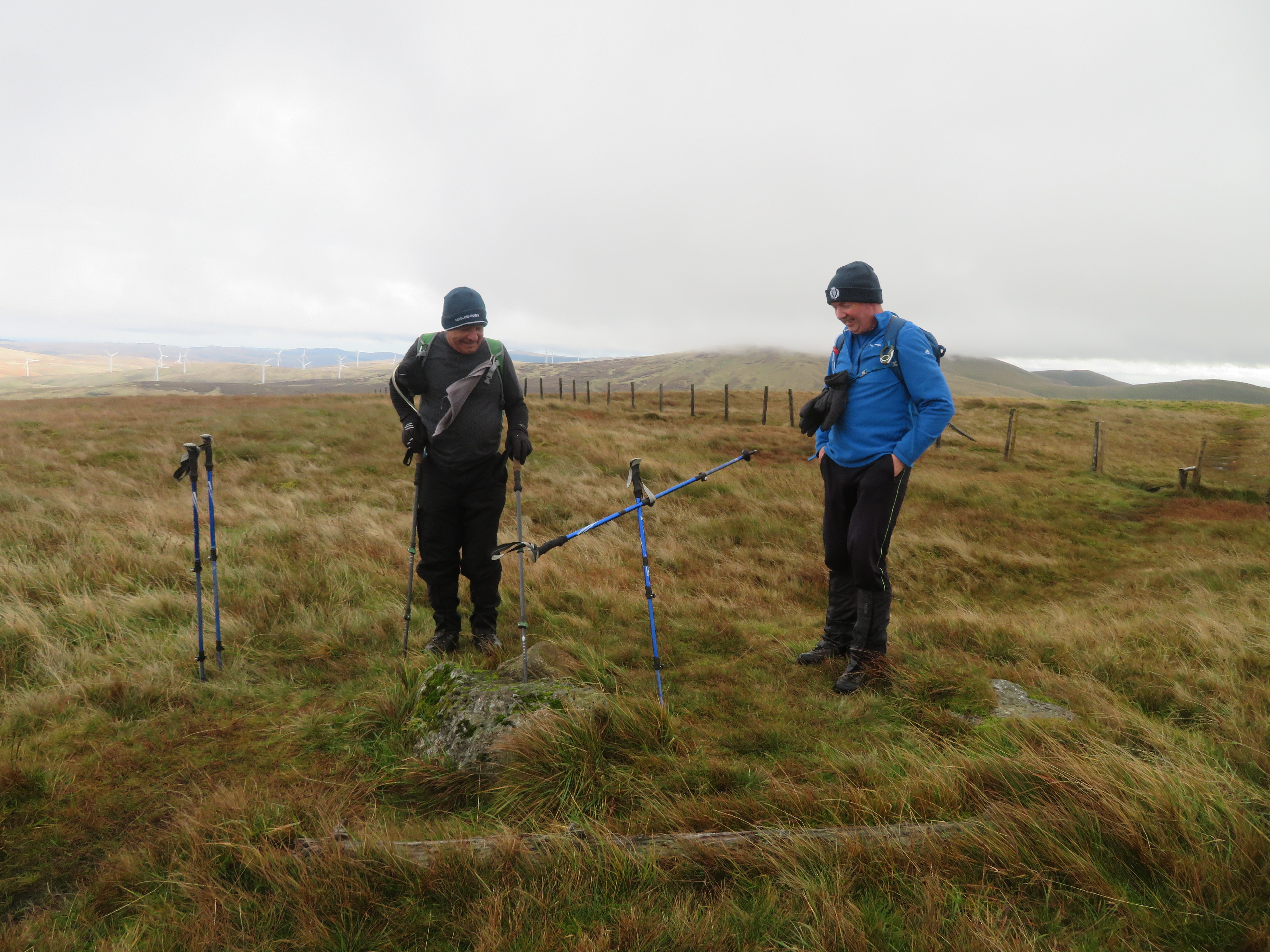 Parminder looking very impressed and so he should be

The descent off Blairdenon was fairly straight forward over thick tufty grass, we opted for the direct route option which would take us toward Alva Glen. Our first priority was to try and lose height as it was fairly chilly and we wanted our lunch. After about 150m of steep grassy descent we found a nice lunch spot that also offered pretty good views.

Yes we are going to go down there

Looking across to Cleuch, the grass on the hillsides looks like it has been freshly cut, trust us it hasn't

Still a bit more descending to do

We even found 3 rocks to sit on

Plenty of fungi of varying sizes and colours

Looking back at what we descended, looks fairly easy

Looking back whilst on a gradual ascent, before entering Alva Glen

The way ahead, Alva Glen - there is a path that stays on the right hand side of the burn, it is narrow and exposed higher up

Looking back up to Parminder shows the final descent

George surveying the burn for a suitable crossing point

Parminder making the most of his walking poles

All smiles before his final step/leap

We are now in the Glen, even from here you can see the problem - steep sides on both sides of the burn

Parminder looks like he is about to use his pole as a javelin, you can see the path isn't exactly a motorway

I don't think this one is edible

The way ahead, you can see the path on the right

Looking back as George appears from round the corner

The waterfall from a different angle

The viewing point down to the cave

Never seen a bench so overgrown

The path is much better now for all the day trippers

Another waterfall lower down

Easy way to cross the burn

The motorway back to the car

A few camera photo's to finish off 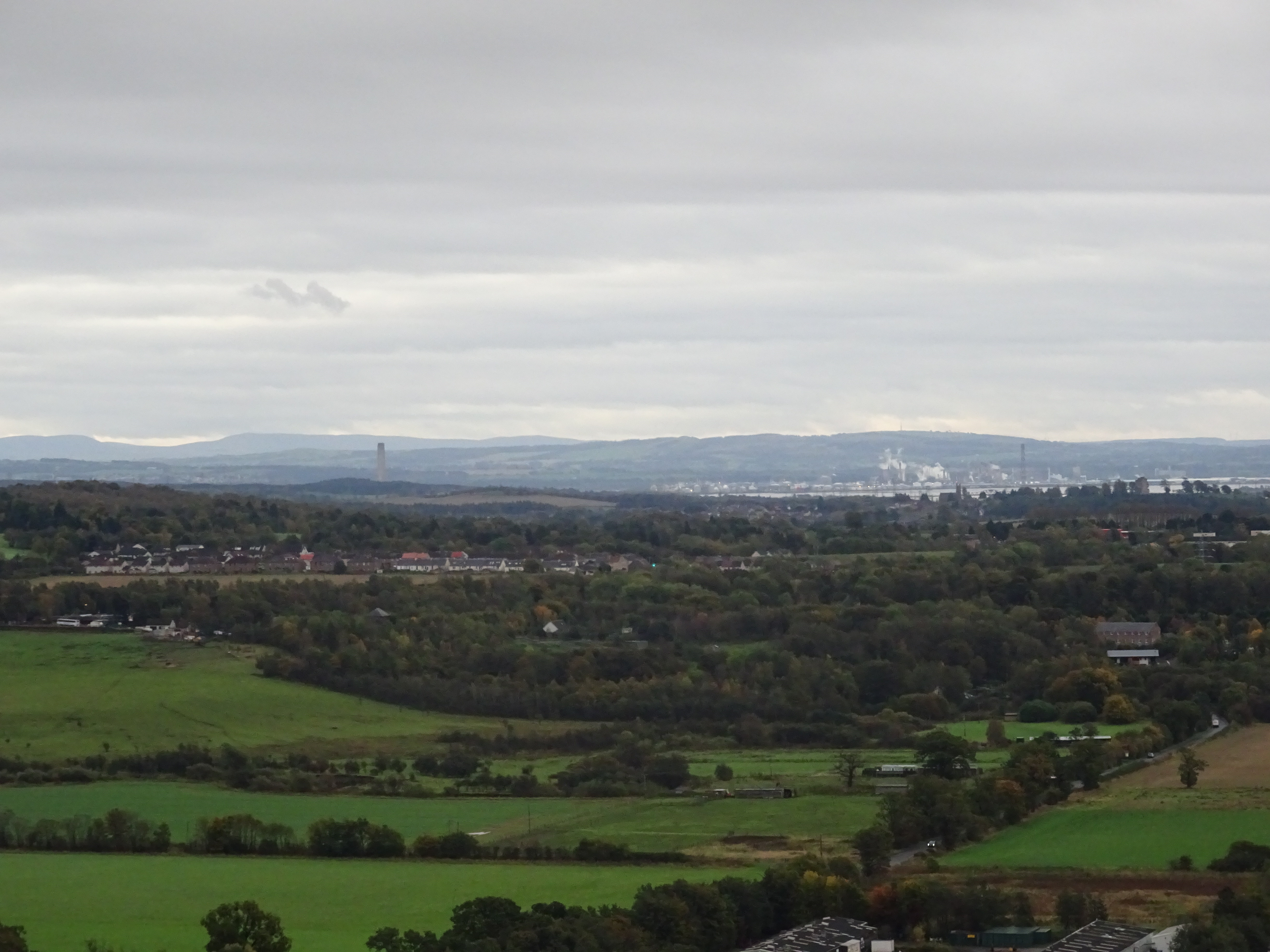 Longannet chimney and Grangemouth in the distance 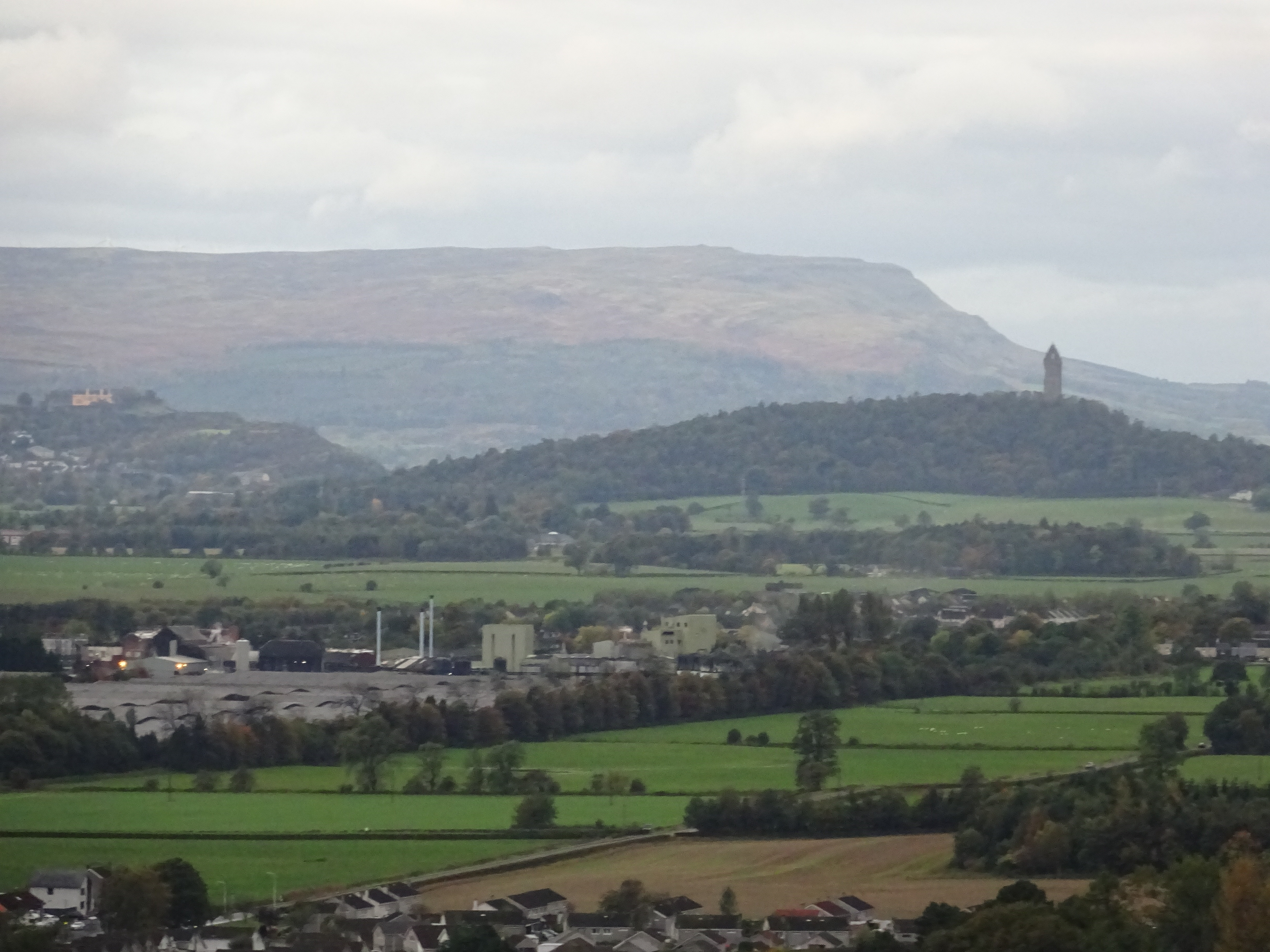 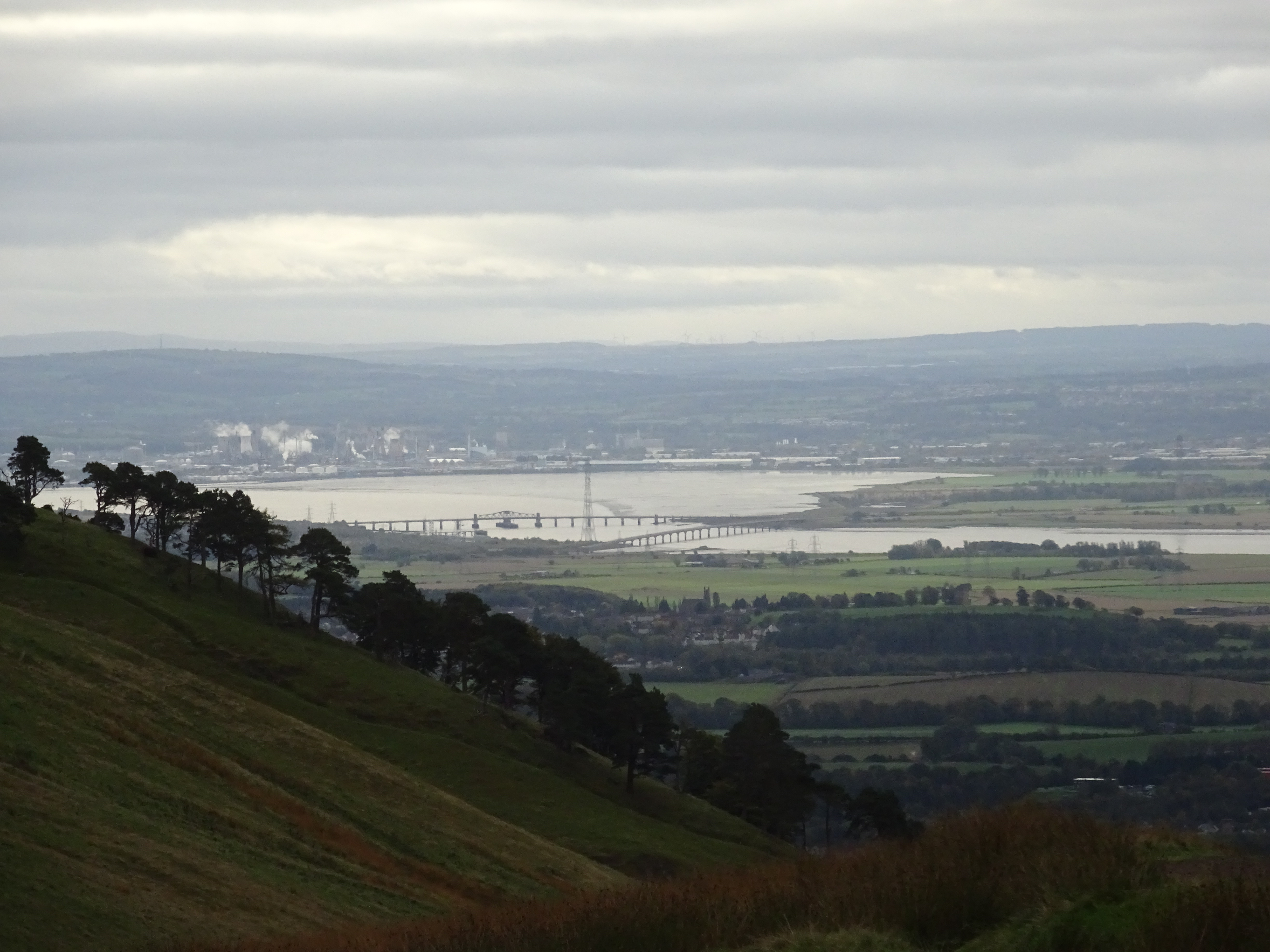 The bridges at western end of the Forth - Kincardine & Clackmannanshire 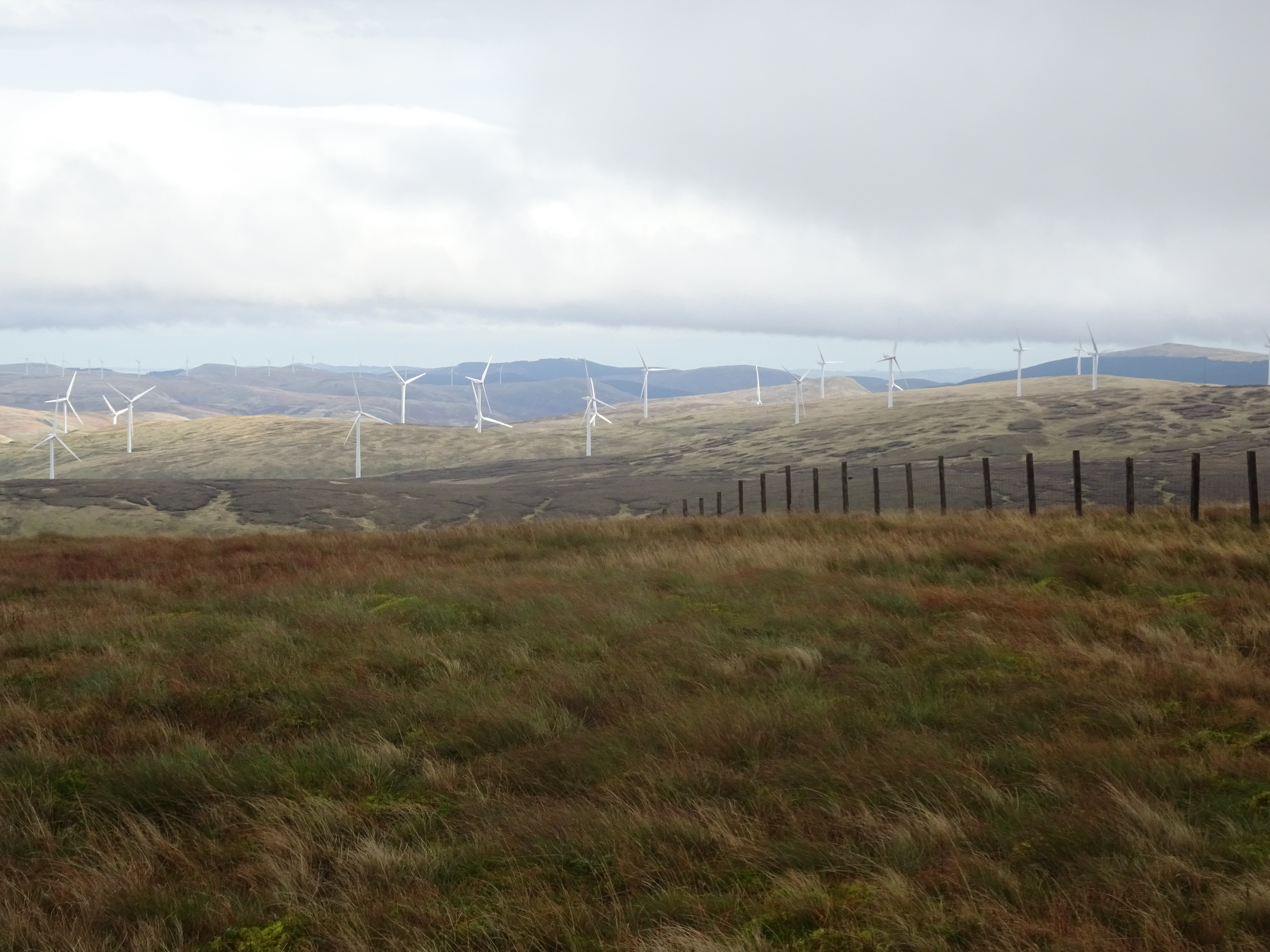 A zoomed photo for the turbine lovers 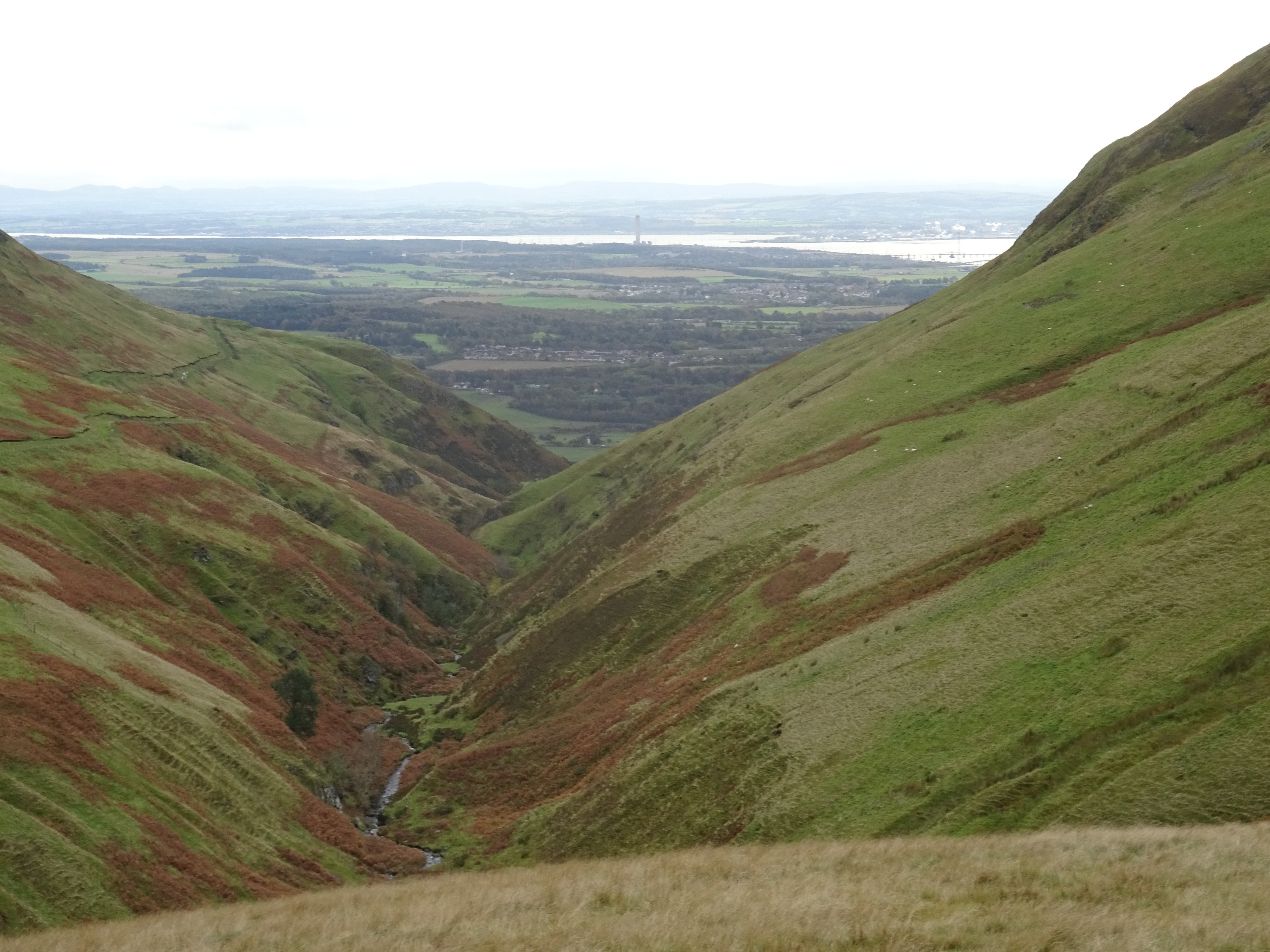 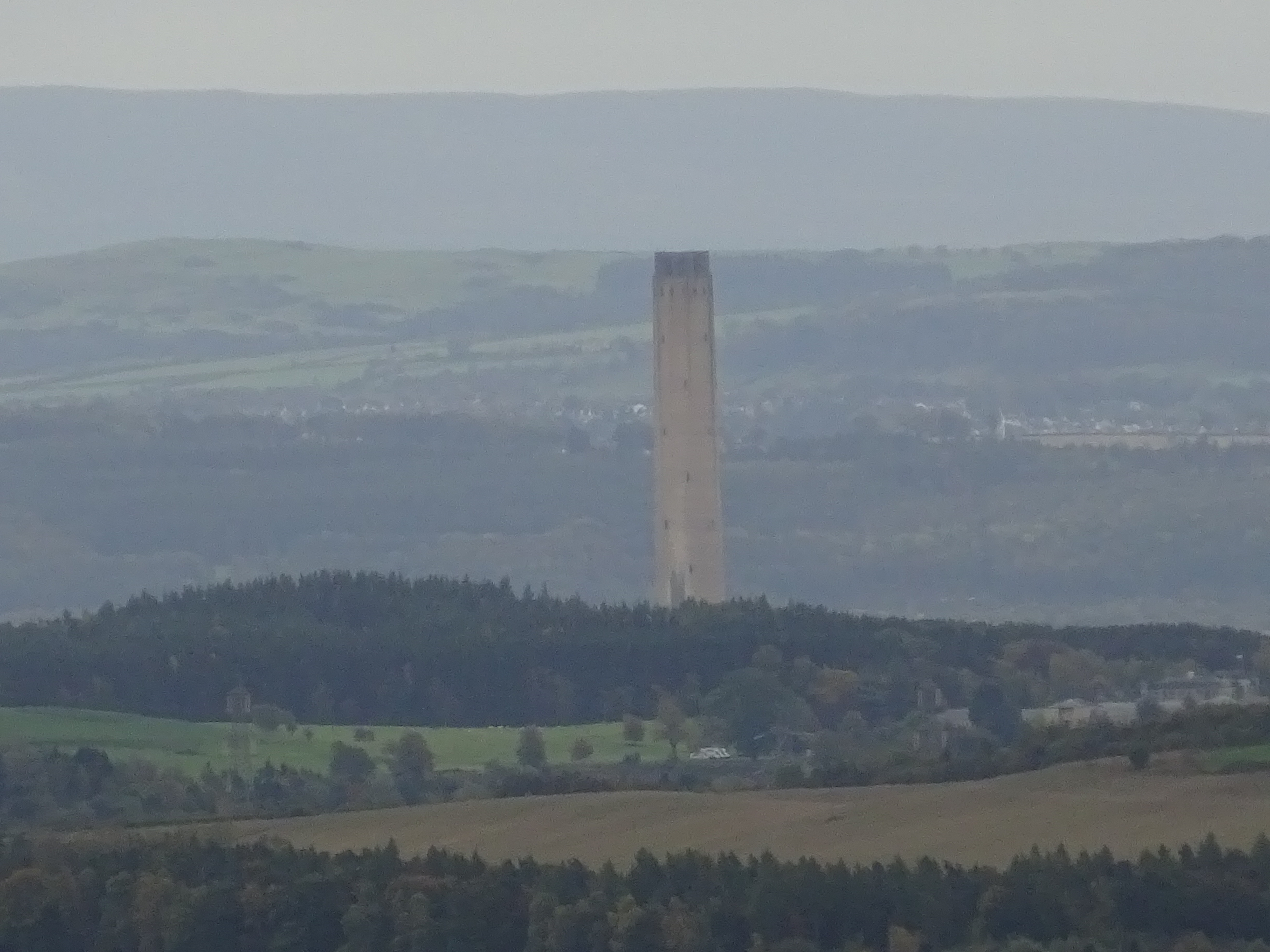 Alva Glen was easily the highlight of the day.

Good outing - that western end of the Ochils is always interesting. I was up Ben Cleuch later the same day, but from the other side, via King's Seat to meet a few folk on top for a completion thing - if you'd been a couple of hours later you could have had champagne and cake! It stayed quite breezy but eventually the cloud lifted off nicely.

When descending south from Blairdenon like that, the other - more standard - option back to Alva is when you meet the farm track in the upper Alva Glen (known locally as "the new track", even though it's been there 30+ years), just stay on that all the way along the E side of Alva Glen to where the path leading S off the Nebit comes in. At that point there's a really nice old grassy path that cuts the corner down to the zigzags on the other track and from there you just slant back across to the Alva Glen side entrance that you used at the start - this avoids any problems with the burn, although you don't get the close-up view of the Smuggler's Cave etc. Lots of options, as ever - they're good hills for endless loops and variations.