For one reason and another I haven’t been up a proper hill since I went out in August to climb a Munro (Ben Chonzie) just to see if I could still get above 3,000 feet and was overtaken by thirteen other parties. But today’s proposed walk was too good to miss. R is not in the best of health, but daughter would sit with him allowing me to join Mark Gibson’s Full House completion on Ben Cleuch. Yes, Mark had climbed all the Munros, all the Munro tops, all the Corbetts, all the Grahams except Ben Cleuch, all the Donalds except Ben Cleuch and The Law and all the Furths i.e. 34 hills that would have been Munros had they not been in Wales, England and Ireland.

Below, MKG Munro Compleation on Ben Hope 2009 . Also present was Prof Rob, his walking companion on many an occasion.

Below, Corbett Compleation on Meall a Buchaille 2015 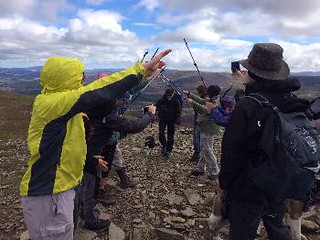 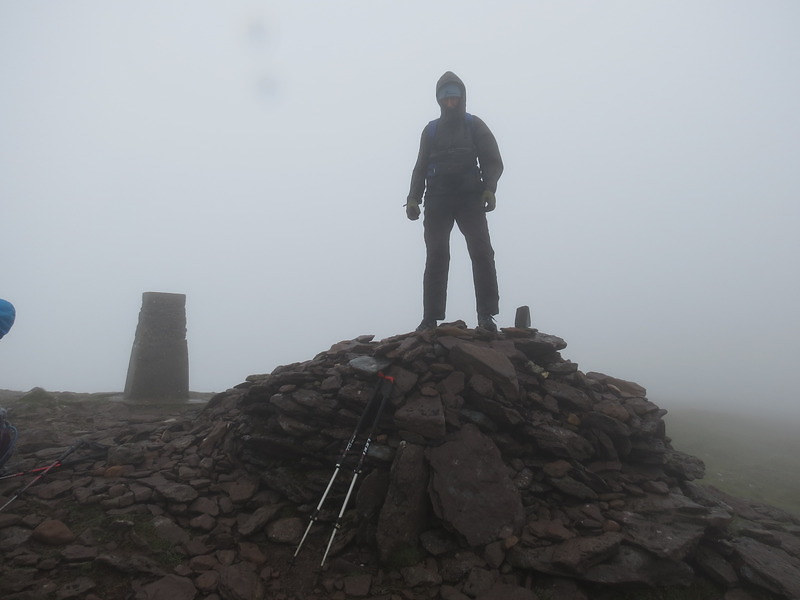 So here we were for the final one plus two-in-one. MKG was the only person we knew who had met us the day we thought we had completed the Marilyns (at least as far as we could do, omitting the sea stacks) so it seemed a good idea to repay the compliment. Of course, another Marilyn was found on Cape Wrath and we had to drag ourselves out again.

There was another slow coach, Mark’s brother-in-law, a non-walker of 74, so he and I were pointed towards the path they intended to take in the hopes that we wouldn’t hold up the party too much. Walk Highland had warned against going this way as there was a notice warning against it, the path having collapsed into the burn at one point. However, Mark had taken local advice which was that “everyone goes up that way”. Below, the party, minus the slow-coaches,( stolen from Anne). A would be attendee was suffering from what turned out to be a non-Covid virus and was holed up in his sleeping van in the Charnock Richard service station. He doesn't recommend it as a convalescent home. 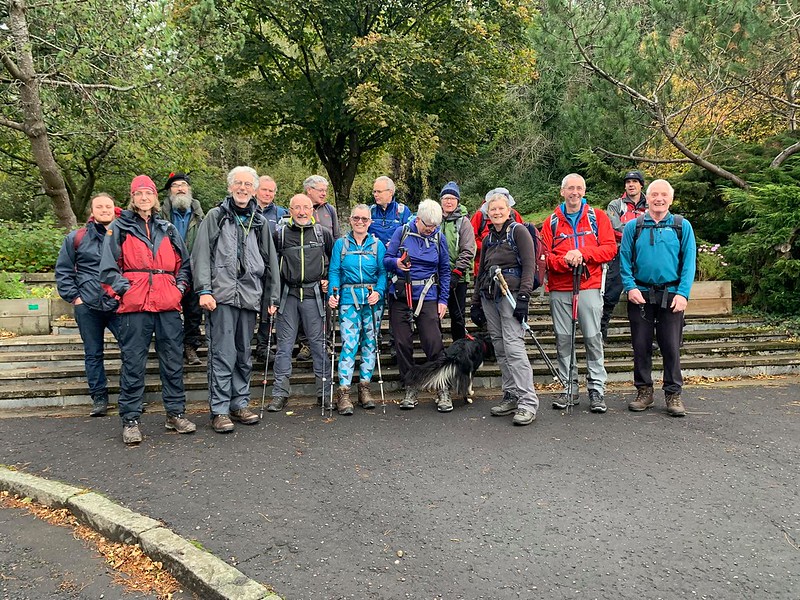 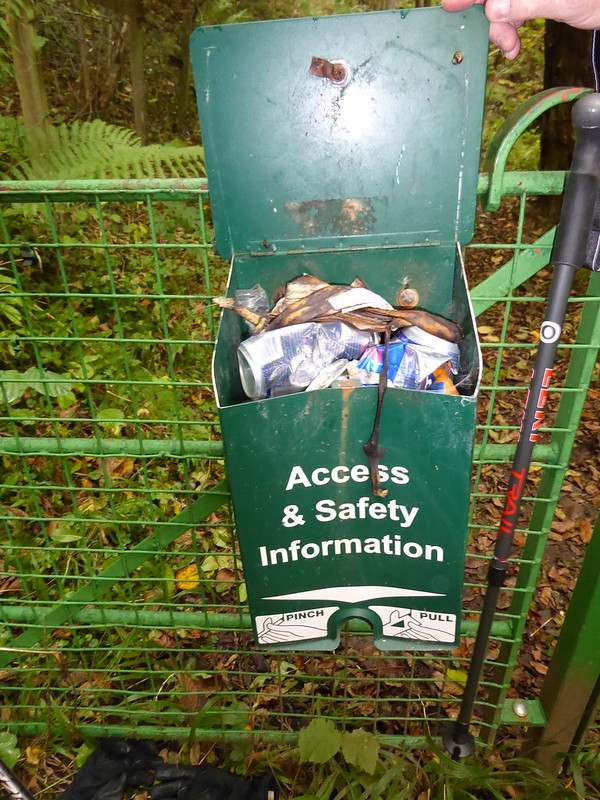 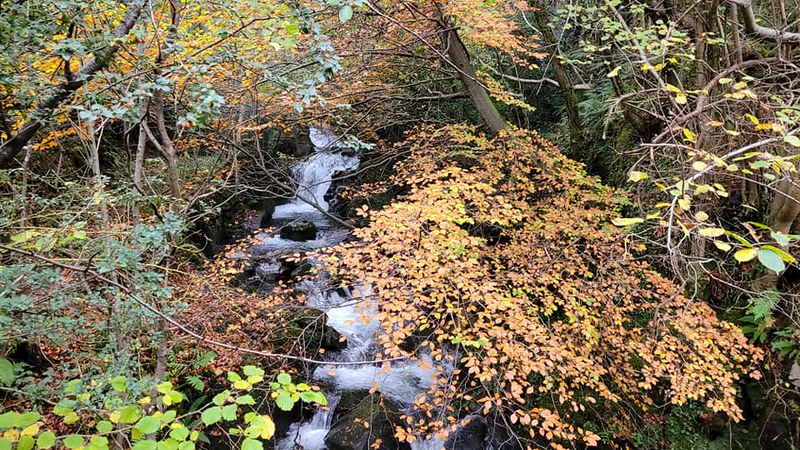 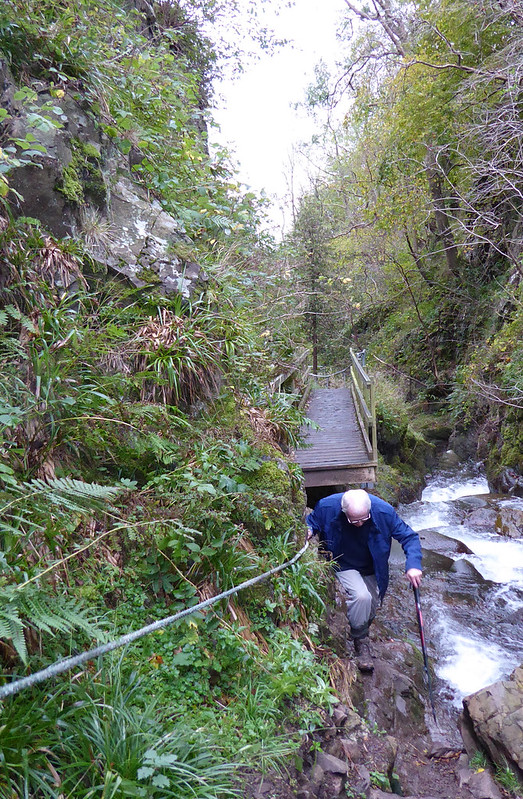 We had hoped to be a good way up the hill by the time the main party had taken photos and got going, but they caught us up at the end of the glen. I just about managed the awkward scramble by the time everyone else piled in behind.

Below, stolen from Mairi’s face-book page 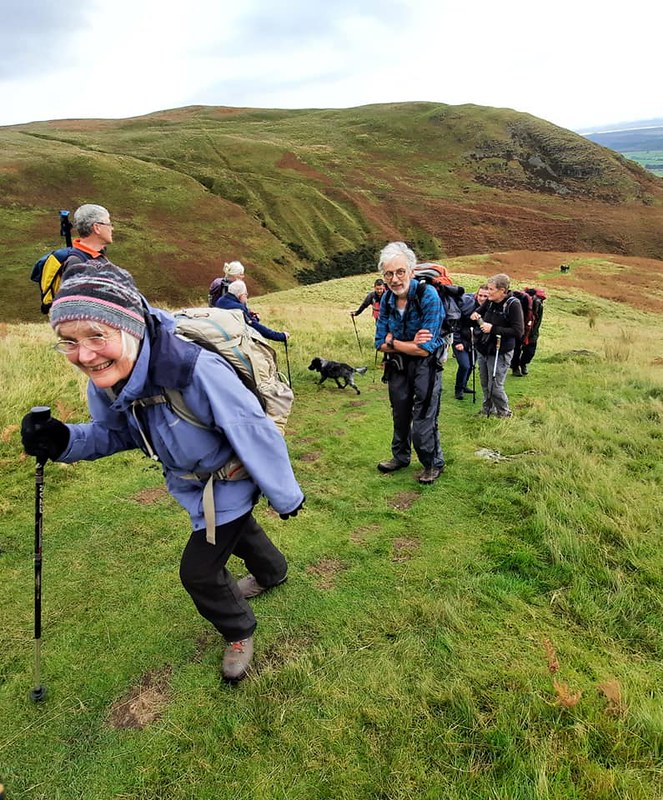 My lack of hill fitness began to show and by the time we were at The Law most of them had gone ahead.. Thanks to Malky for shepherding me up the steep bits. He is so used to walking with Jackie’s Long Covid that he didn’t find it too bad to walk with my Long Lay-off (or if he did, he didn’t say).

Below, Malky had read the forecast for wind, so incredibly was not wearing his customary shorts. He and Prof Rob had been comparing lockdown haircuts. Mark’s dog had a great time thundering up and down the hill and rounding everyone up. 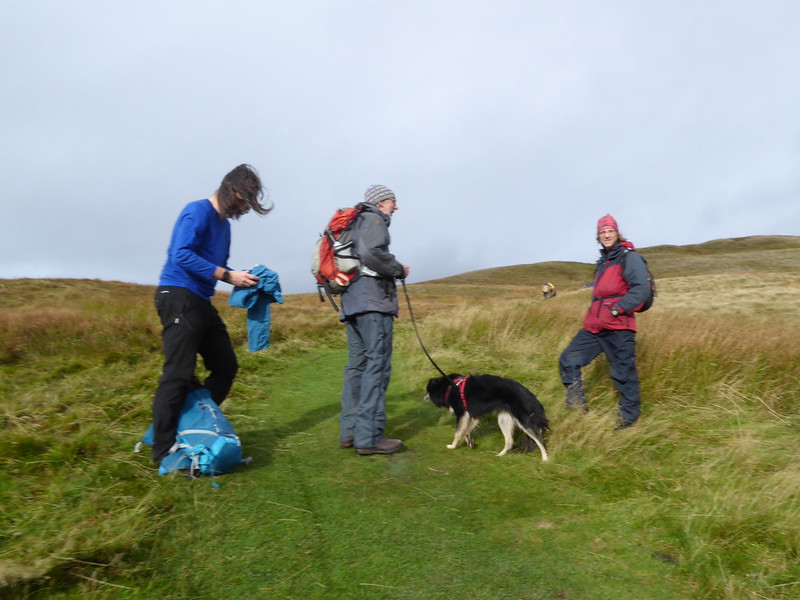 Mark nipped over the fence to touch the cairn on The Law
After The Law, it became less steep, but I was too late to drag my camera out of my pocket and get the statutory picture of Mark walking through the arch of walking poles, so stolen from Anne. The photo of Mark at the summit is stolen from Sabine. 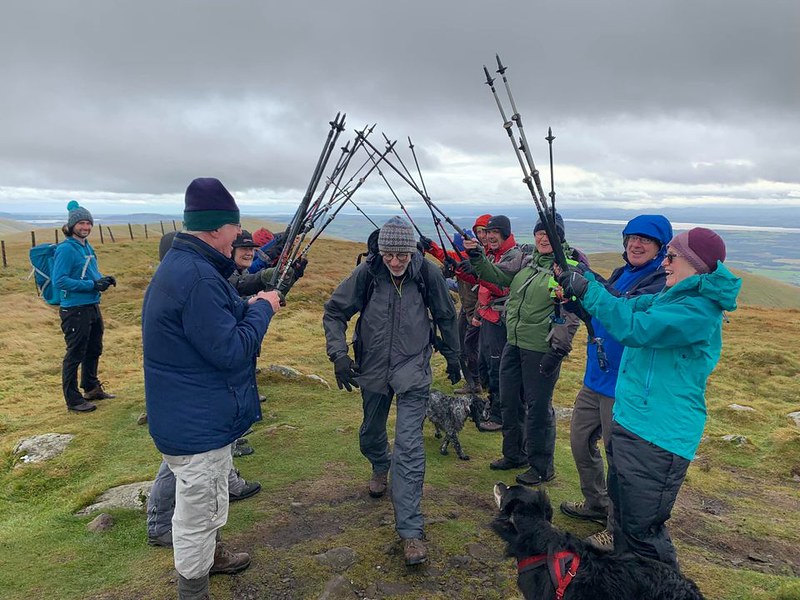 Miraculously, champagne had appeared at the summit 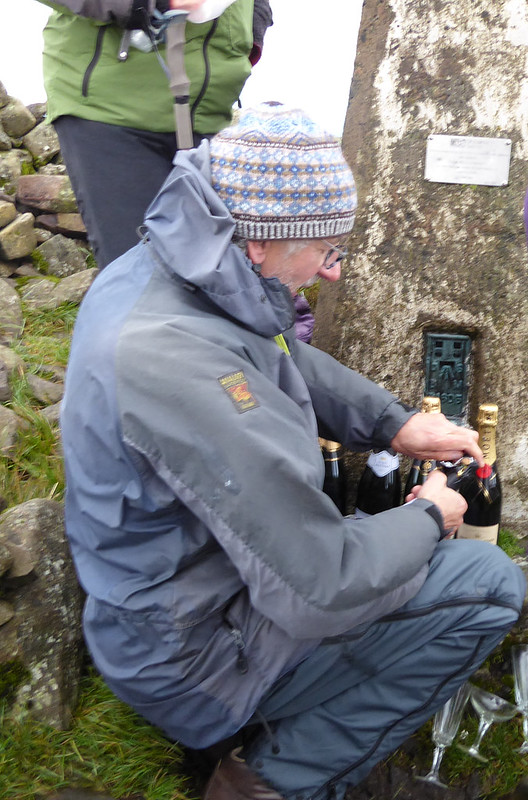 The wind was so strong that it scooped the coffee out of my thermos top and blew it away, so I only got some further down.

Mairi and Greg noticed I was going back the way we came rather than doing a circular route and taking in other hills just for fun like most of the rest, and pretended they had always wanted to return the easy way, keeping me company.

We were tempted into the pub by a promise of a presentation. 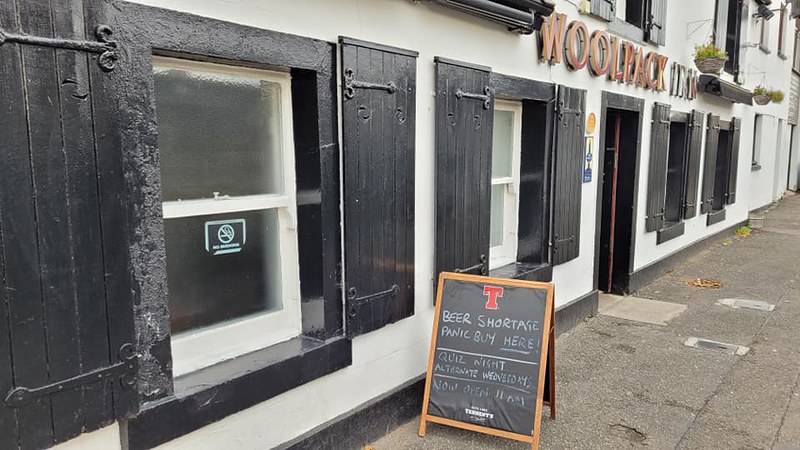 Below, Anne polishing up her speech. She didn’t mention that she had already completed a Full House and was well on the way to a second one. She has assured me that she will save the smallest hill possible so I can go again(though I must get fitter).. 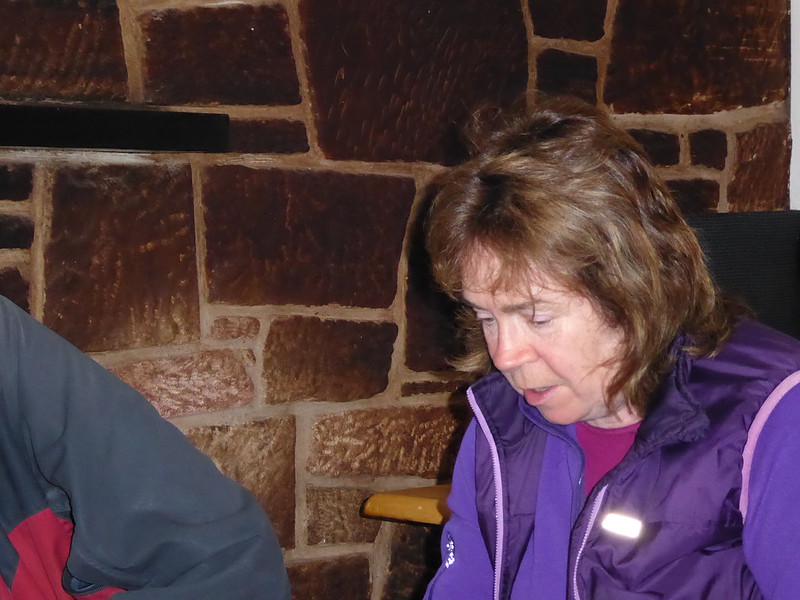 Congratulations to Mark on a Great Achievement. His friends presented him with a picture, a mug and a token towards new boots from an Outdoor Shop in Holmfirth where he lives…he has worn out his old ones. He has retired from the NHS but has been back giving people their anti-Covid vaccinations for months now...another Great Achievement. 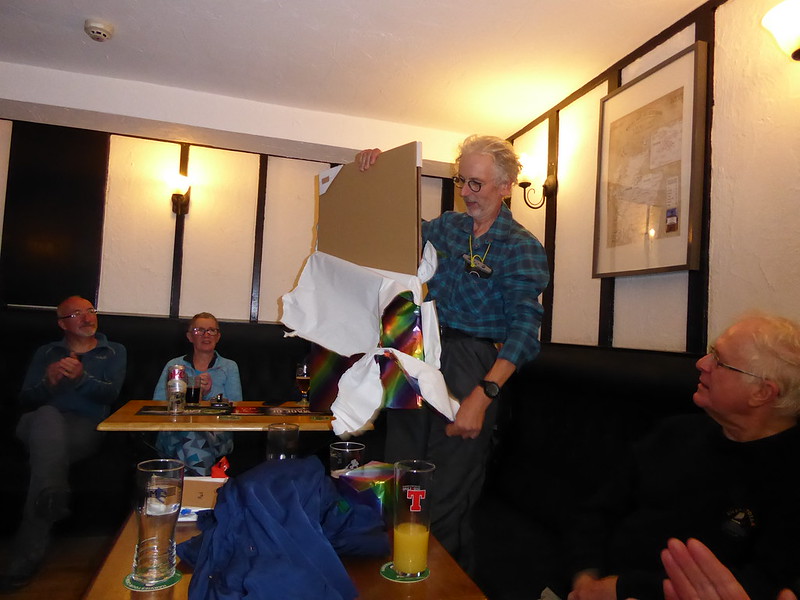 As for me, a Graham (even if it was also a Donald) was only a tiny achievement. A warning to other octogenarians out there: try not to let your hill fitness lapse, for although I tried to pretend it was the booster jab two days before, or the extra bottle of water I had left in my rucksack since Ben Chonzie, this was a salutary reminder of what happens when you do

Re: A Great Achievement and a Tiny One: Mark's Full House

Great write up, Sgurr. What a fantastic achievement and a great way to do it with so many there - many congratulations to Mark - cheers

Re: A Great Achievement and a Tiny One: Mark's Full House

Excellent report I really enjoyed that sense of celebration and community

Users browsing this forum: rockhopper, Will578253 and 27 guests