Most of the way from the start to the highest point of the track is good and dry, but we had to cross about 7 burns. The highest part of the way up was boggy, full of peat hags and puddles.


20211212-Carn-na-Coinnich-from-Bridgend-track.gpx Open full screen  NB: Walkhighlands is not responsible for the accuracy of gpx files in users posts

We parked up in the small car park by the side of the gate before the bridge at Bridgend: 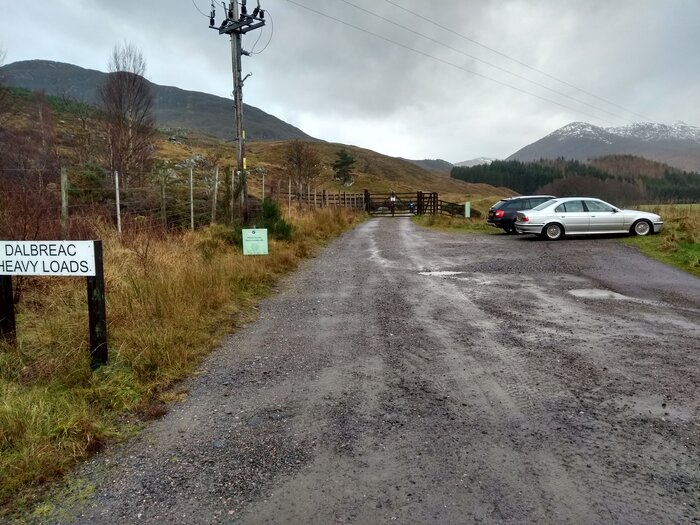 A burn behind the gate: 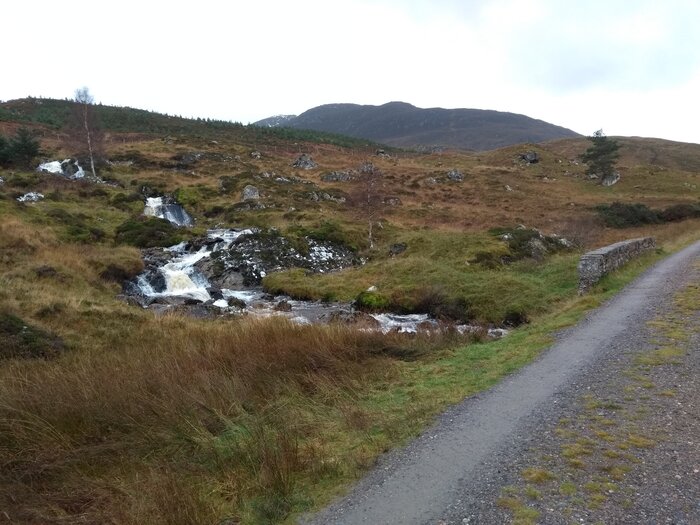 First part of the walk is on the track to Dalbreac: 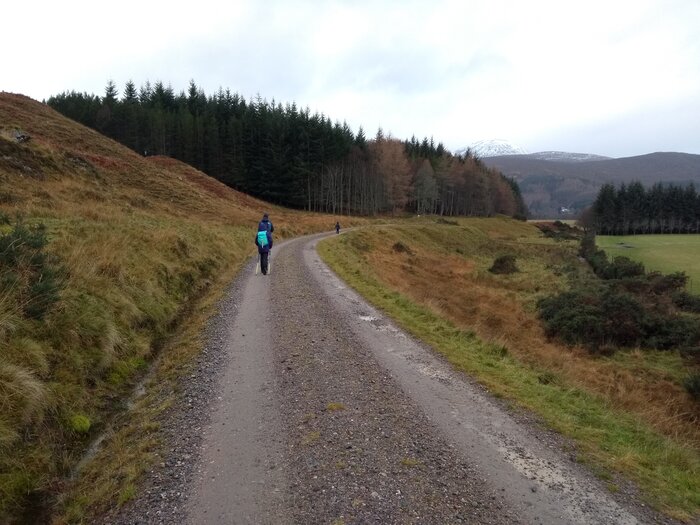 Just at the start of the pine plantation, before the sign, we turned left and followed the forest track uphill: 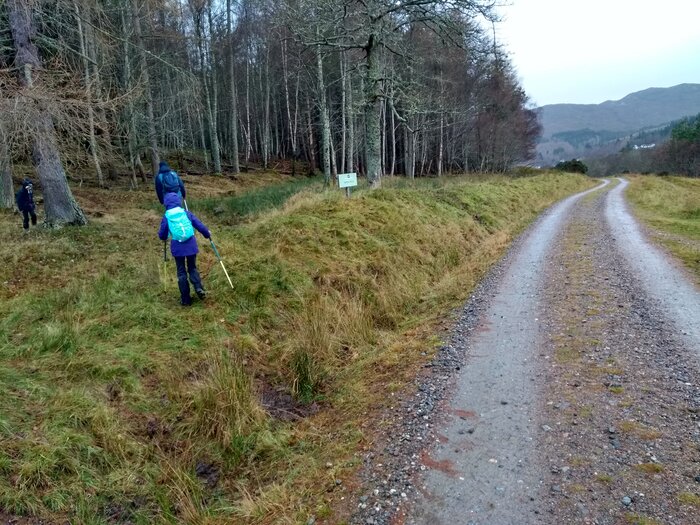 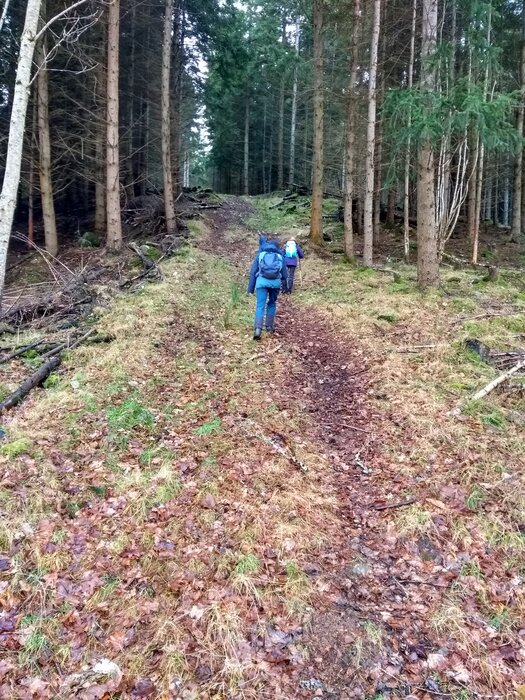 In the plantation we crossed first burn: 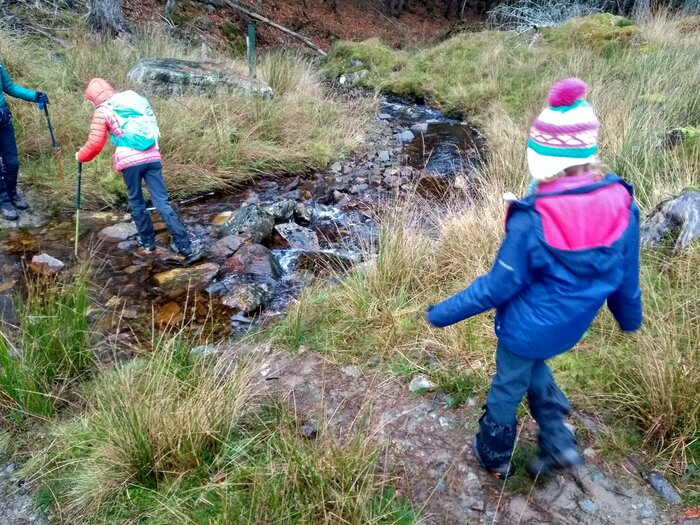 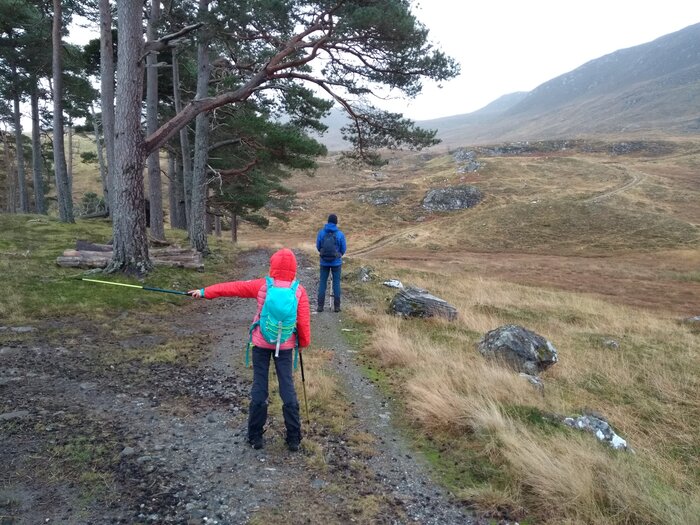 ...and we continued across the 2nd burn: 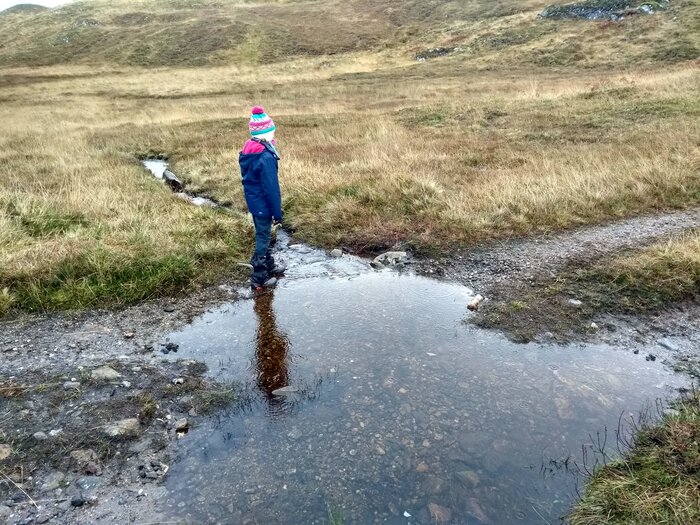 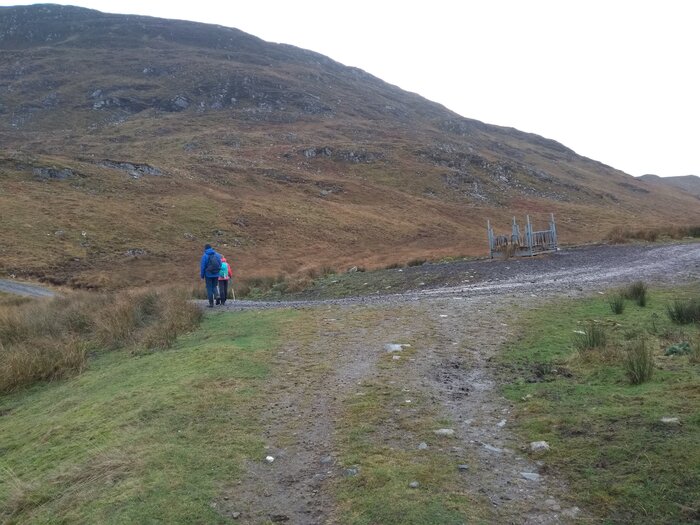 ...and across the another burn 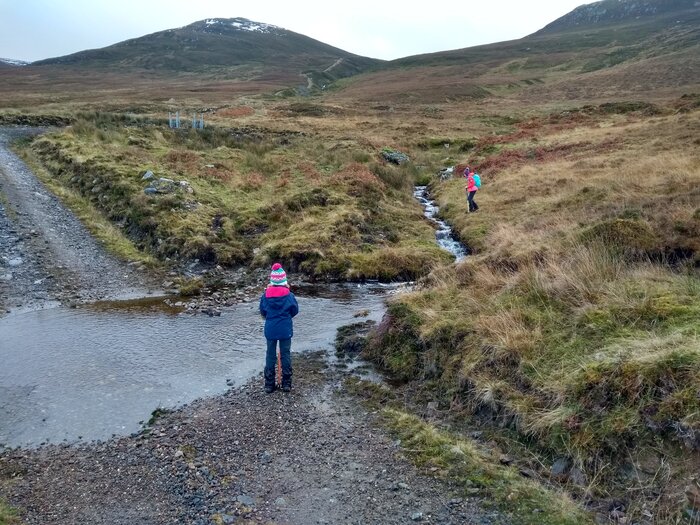 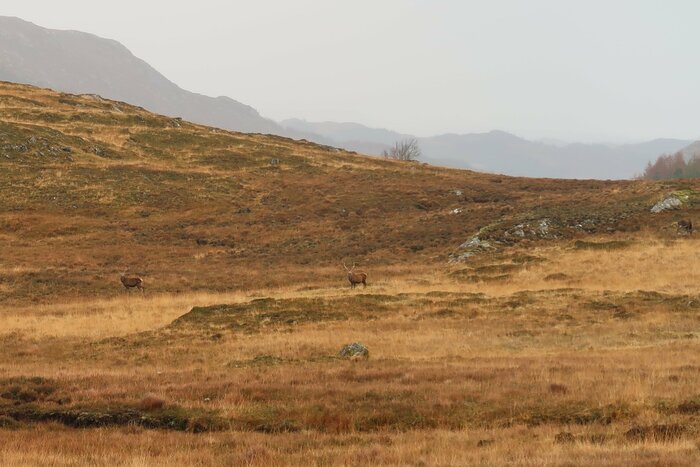 As we reached a ford over the burn "Allt Bail' an Uillt Shìos" we saw the burn was too deep for my youngest daughter to cross, therefore we walked upstream across the grass to find a place where we could cross it more easily. We found a place to cross the burn, but I also took her under my arms and jumped with her over the burn.

We crossed the burn at this place: 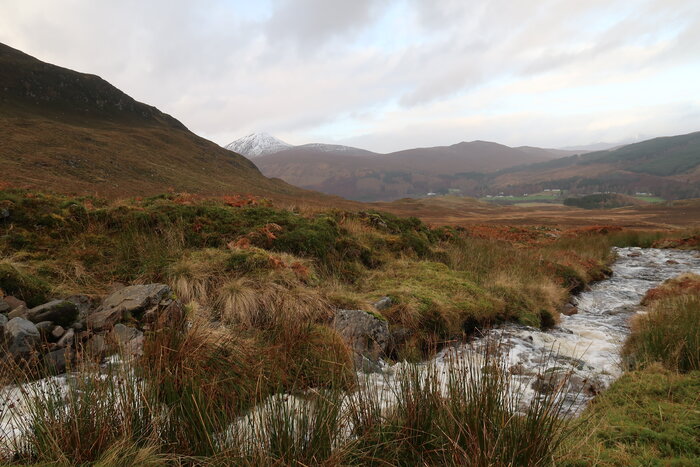 We returned back on the track and further away we saw right on the slope a large herd of stags: 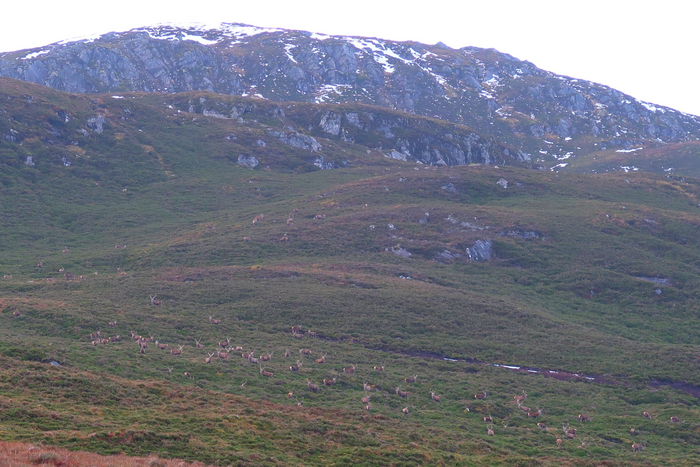 And one more burn

I did not take pictures of 2 smaller streams which was easy to cross. 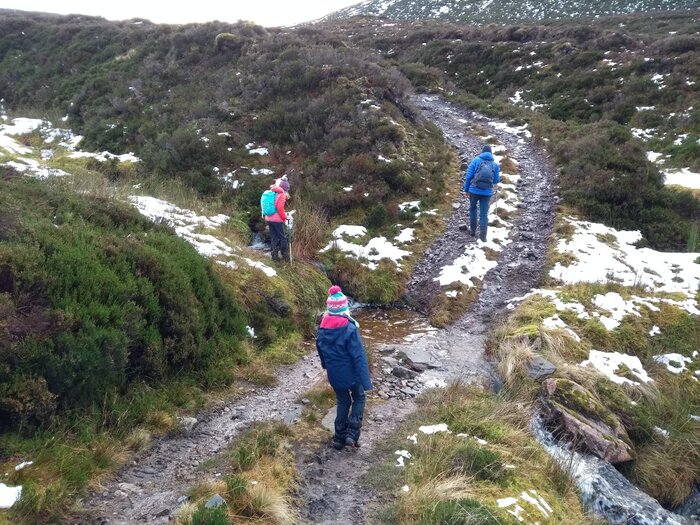 We left the track near its highest point and continued pathless to the ridge: 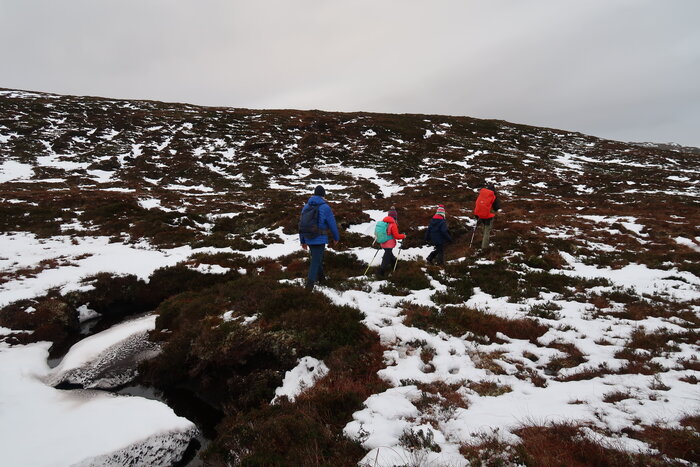 The way was boggy, full of peat hags and puddles, in some places frozen: 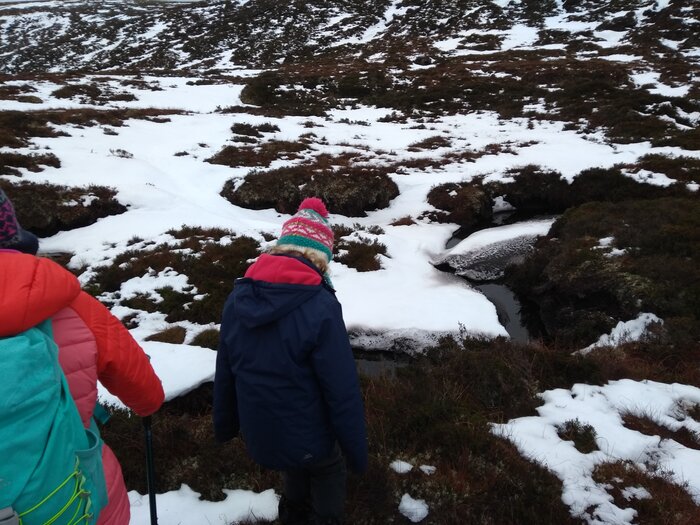 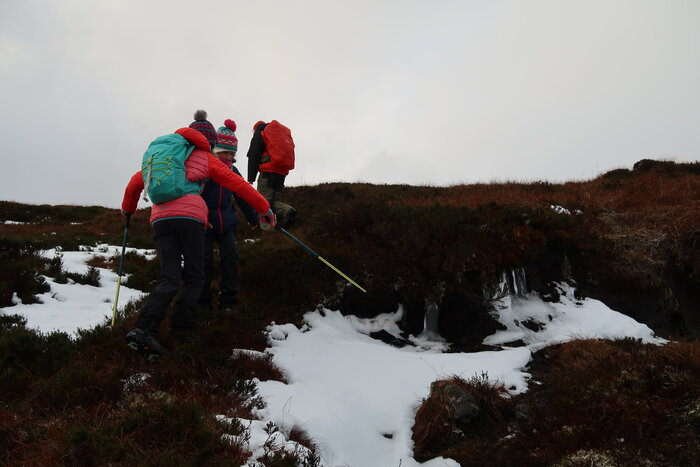 On the ridge it was not much better, still boggy: 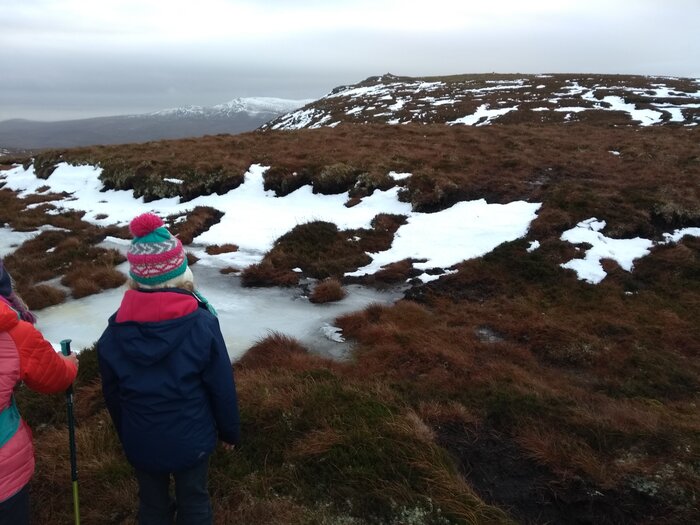 Finally closer to the summit the ground was drier: 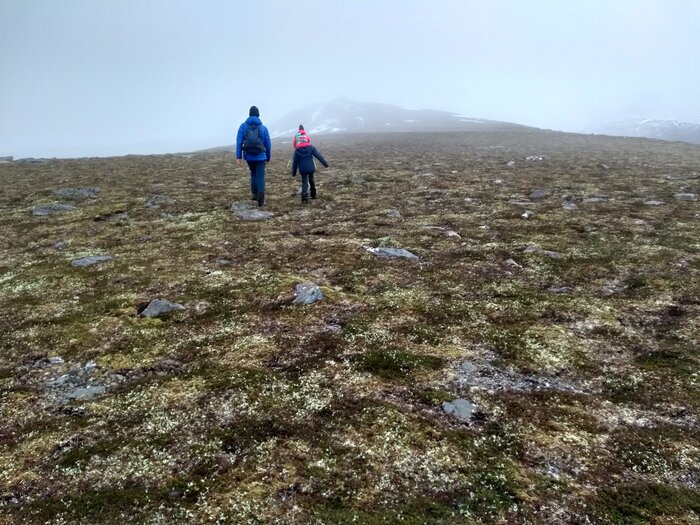 The summit of Càrn na Coinnich: 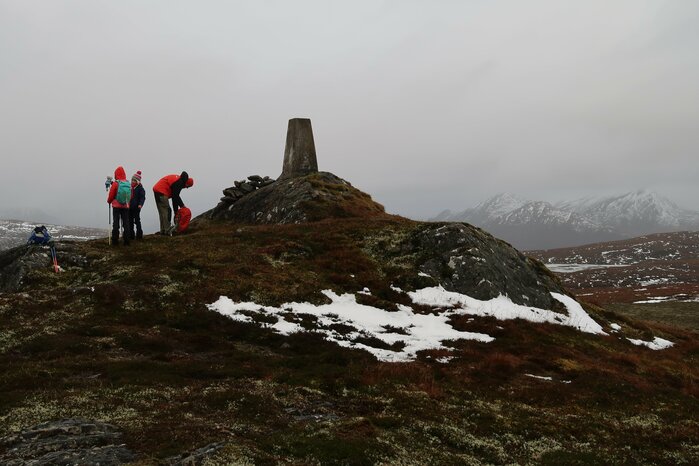 Conni on the top: 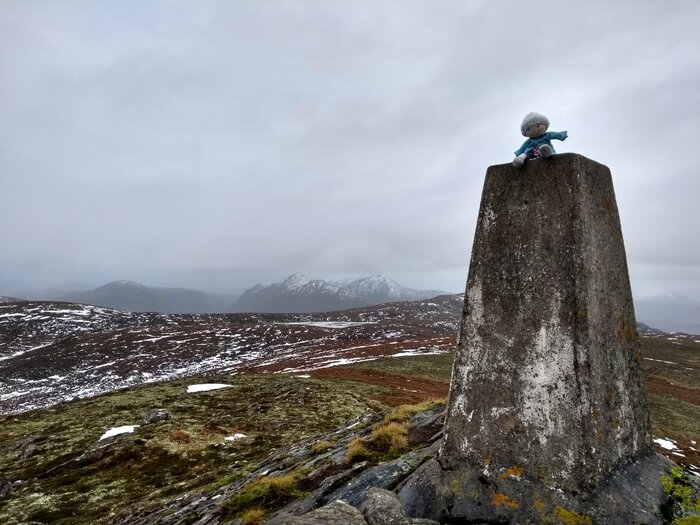 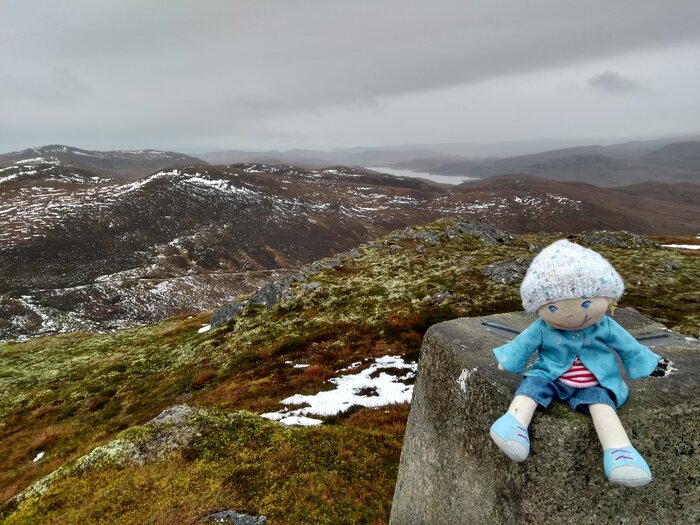 On the way down to avoid the peat hags and the puddles we tried to follow the track leading along the ridge: 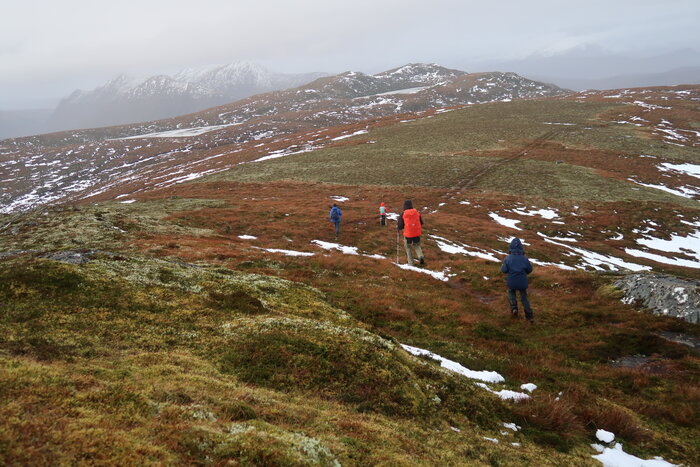 The track disappeared in some places but we managed to find it again. The ground was boggy as well but the walk along the track and side of it was easier than the pathless way up: 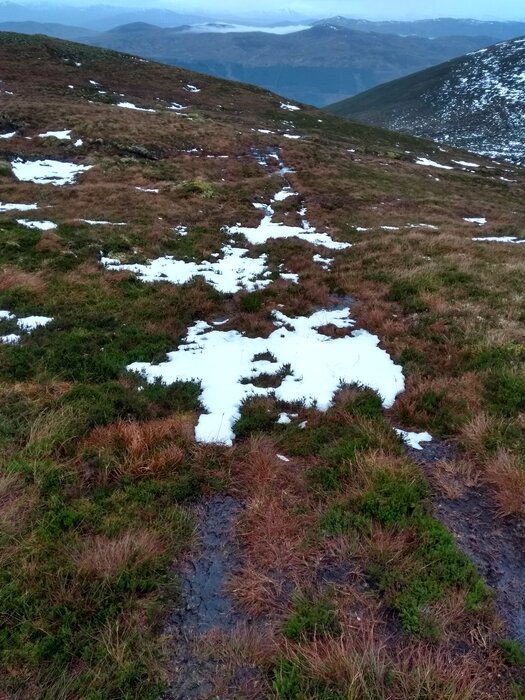 The turn to the track leading to the ridge and to the summit: 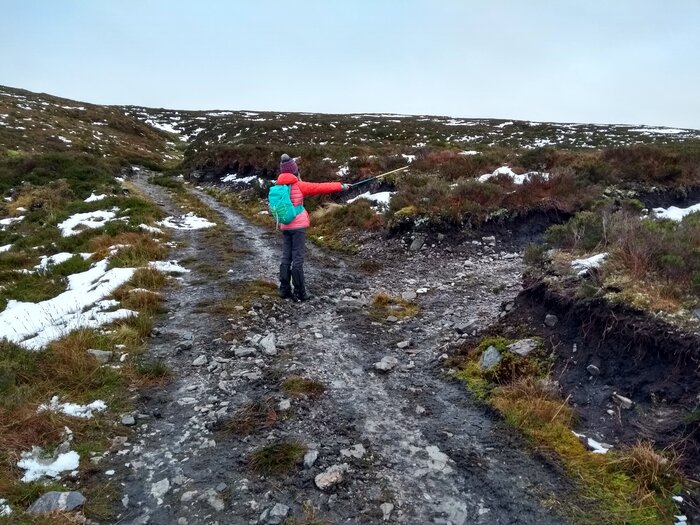 On the way up it is better to take this turn than continue to the highest point of the track and then the pathless walk to the ridge and summit. You can just follow our way down from the summit to the track in reverse way.

The hardest part of the way down was to cross the burn "Allt Bail' an Uillt Shìos" again. We tried lower ford but that was too deep as well. We were really struggling to cross it. In the end I took my daughter on my back and jumped over the burn with her

. But she did not hold on very tightly, so when I jumped her legs flew up in the air, and she almost fell into the burn 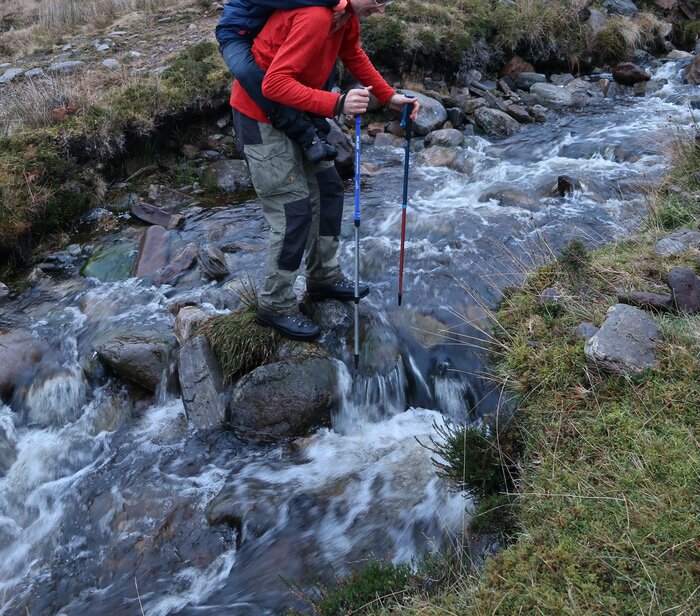 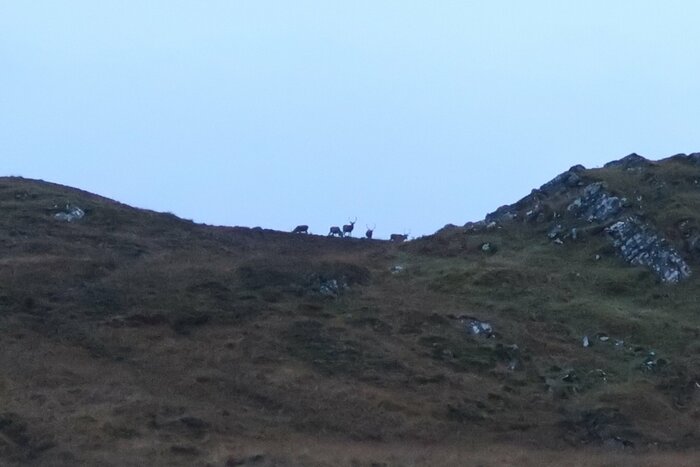