A Jubilee Weekend on Arran

A Jubilee Weekend on Arran


In an earlier era the extra Bank Holiday in June 1977 to mark the Queen’s Silver Jubilee made the weekend long enough for me to travel to Arran to climb all the island’s Corbetts. That trip will remain in my memory long after the recent pageantry has been forgotten. Back then I didn’t even own a television, so watching the events unfolding around the country wasn’t an option.
We drove up from Manchester after work on the Friday, slept in the car park at Ardrossan and caught the early ferry to Brodick as foot passengers. Carrying heavy packs we walked up Glen Rosa and headed over Ben Nuis and Beinn Tarsuinn to A’Chir. Don’t ask me how we negotiated the step down from A’Chir to the col with full packs, but being young and immortal we did just that before dropping down a little to camp high up in Glen Rosa. 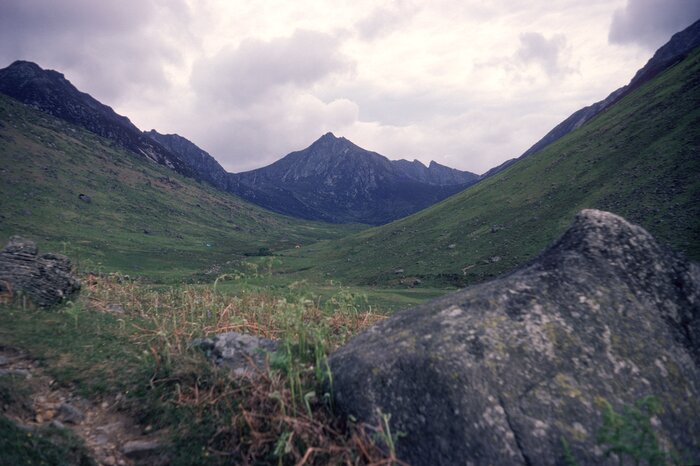 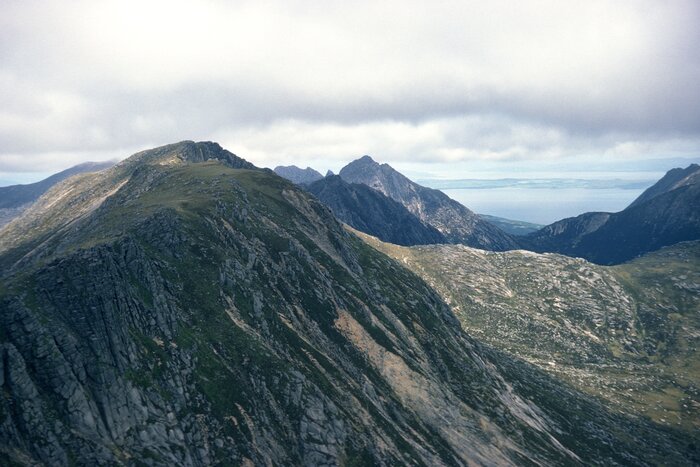 The following morning we left the tent and climbed Goat Fell and its subsidiary Tops, returning to the tent for a second night. 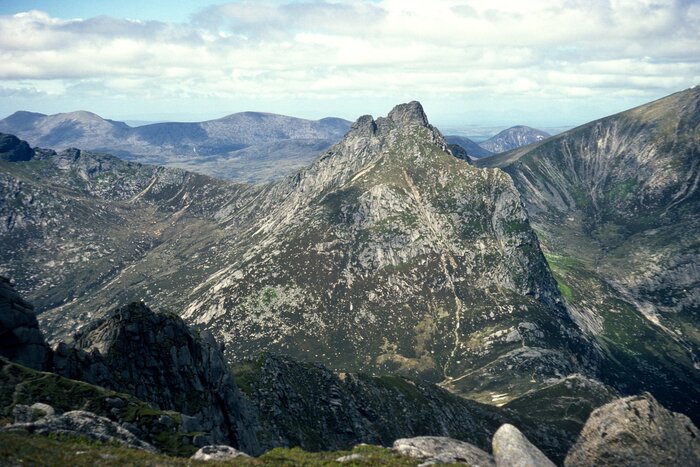 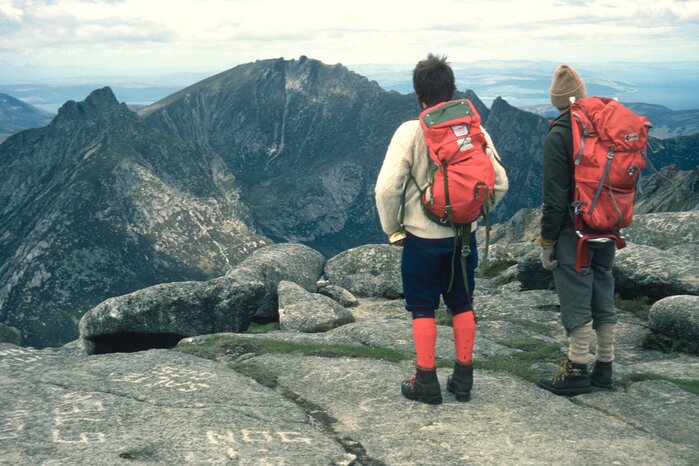 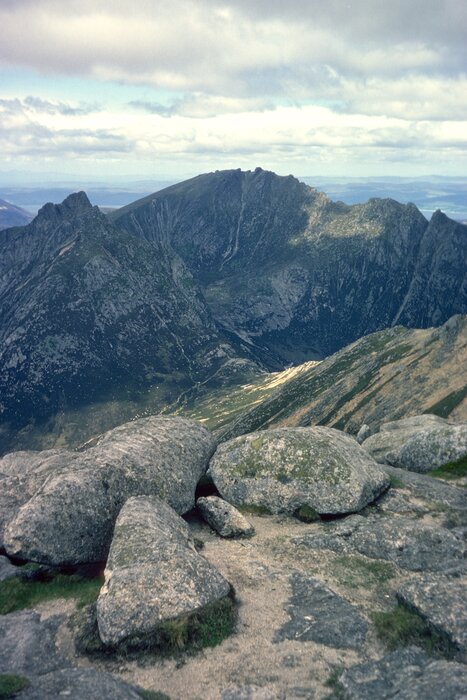 By the third morning the fine weather had turned into a raging snow storm, certainly not what we expected in June. We made the decision to stay put all day and hope for better weather tomorrow. Over the years I have had a number of enforced rest days in mountain huts or bothies, but this remains the only such occasion in a small tent. Next day we got up before 05:00 to find the storm had passed over and better weather gave us the chance to complete our planned route over Cir Mhor and Caisteall Abhail. Early clouds soon dispersed to reveal light snow cover on the summits. 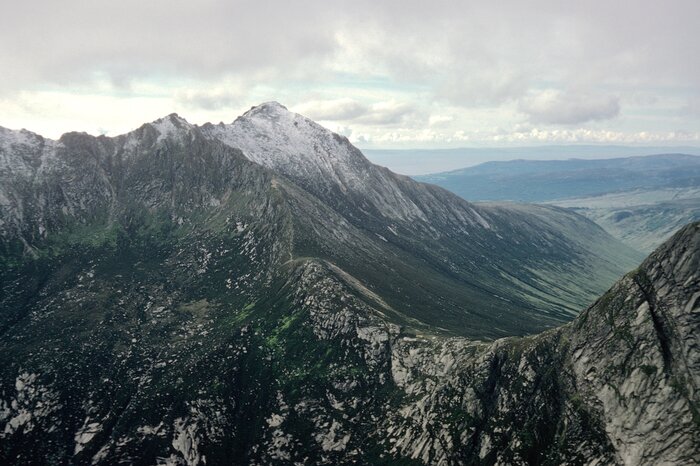 The views northwards showed that even more snow had settled over the Highlands, as can just be seen in this photo. We descended the E/NE ridge to the perimeter road to hitch back in time for the ferry. So total success although not quite as planned; truly a trip to remember. Of course this was before any mountaineer could carry GPS or smartphone with digital maps and I have not attempted to recreate the route in a .gpx file. I have however managed to locate my old Kodak slides and scanned a few of them for inclusion here. We have aged, our clothing and rucksacks have been overtaken by modern materials and designs but the mountains remain essentially the same and worth us all looking after for future generations. It was sad to see the graffiti scratched into the rocks at the summit of Goat Fell. 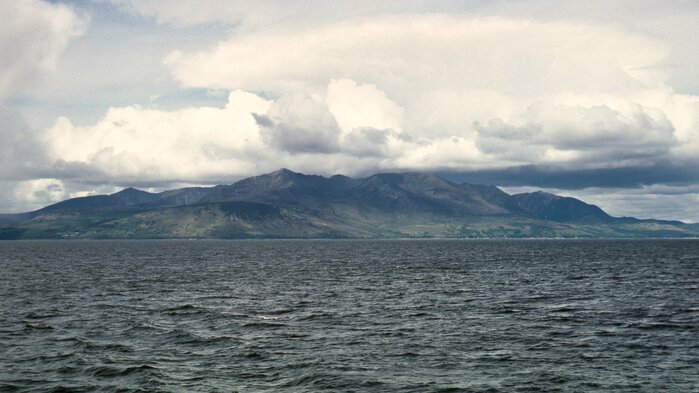