Angus, we loved you

Angus, we loved you


Yes we did, especially as this was my first 'hill day' for 3 weeks after a trial lay off.
The original plan was to head west and pick off a couple of Marilyns near Ben Lomond but after reading reports the thought of heather and boggy ground was not very appealing. So plan B it was, George was unavailable so it was just me & Parminder. I suggested we tackle Turin first as it was a tiny hill in the grand scheme of things.

Parking from the north is a major problem, I managed to squeeze the car in at the junction, neither road is busy so it wasn't a problem

The way ahead, good track to start

The end of the track, we now have 5 different gates to negotiate - making sure we left them exactly as we found them

We would be turning left and heading uphill soon

Off piste now, we headed for another gate, the double barbed wire fence was not appealing

Looking back, we kept as close to the fence as we could, trying not to scare the nearby sheep

Interesting double locking gate, there were 2 of them

The way ahead uphill, not far now

Looking east from just below the summit

The large cairn on the summit of Turin Hill 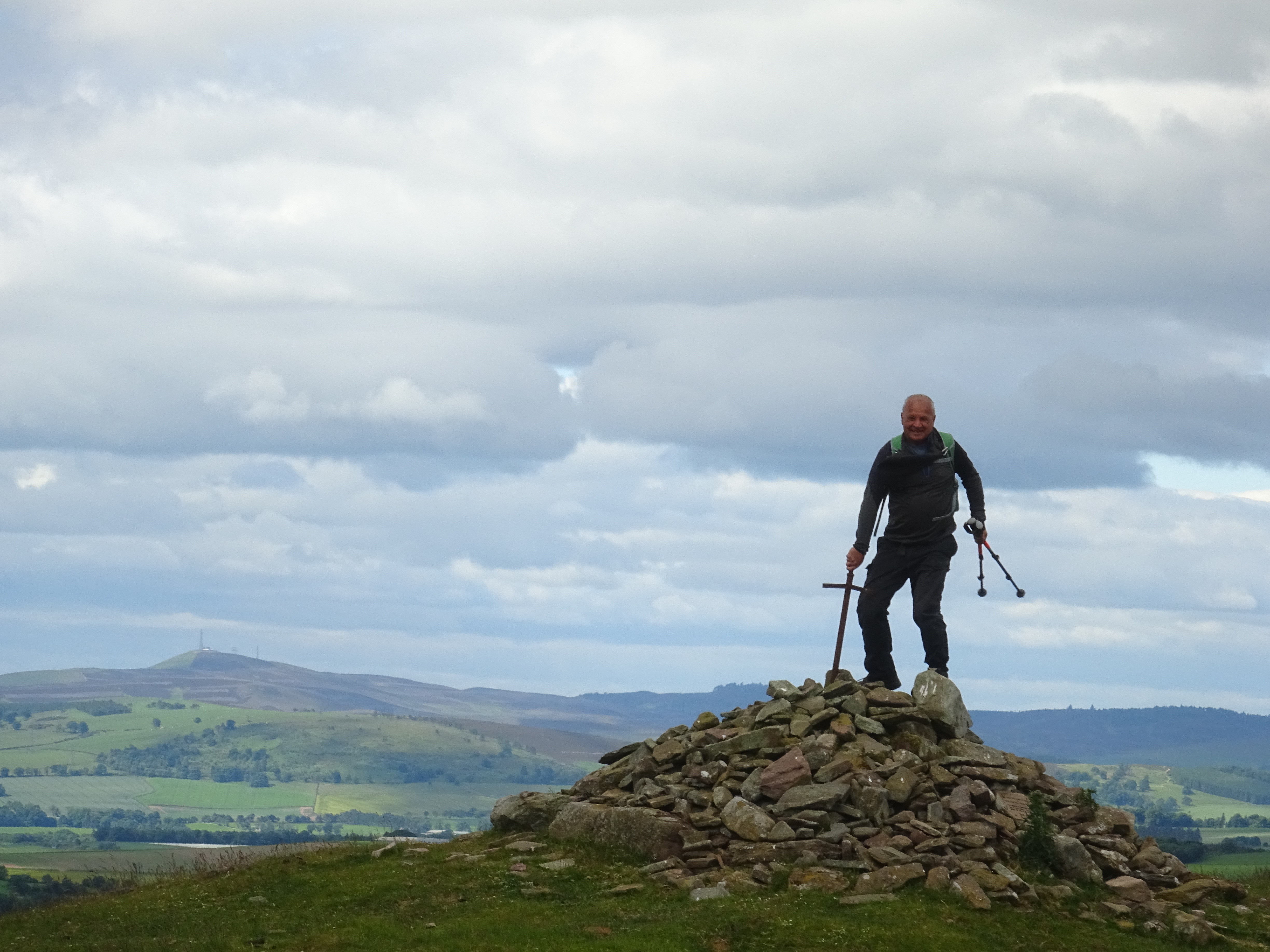 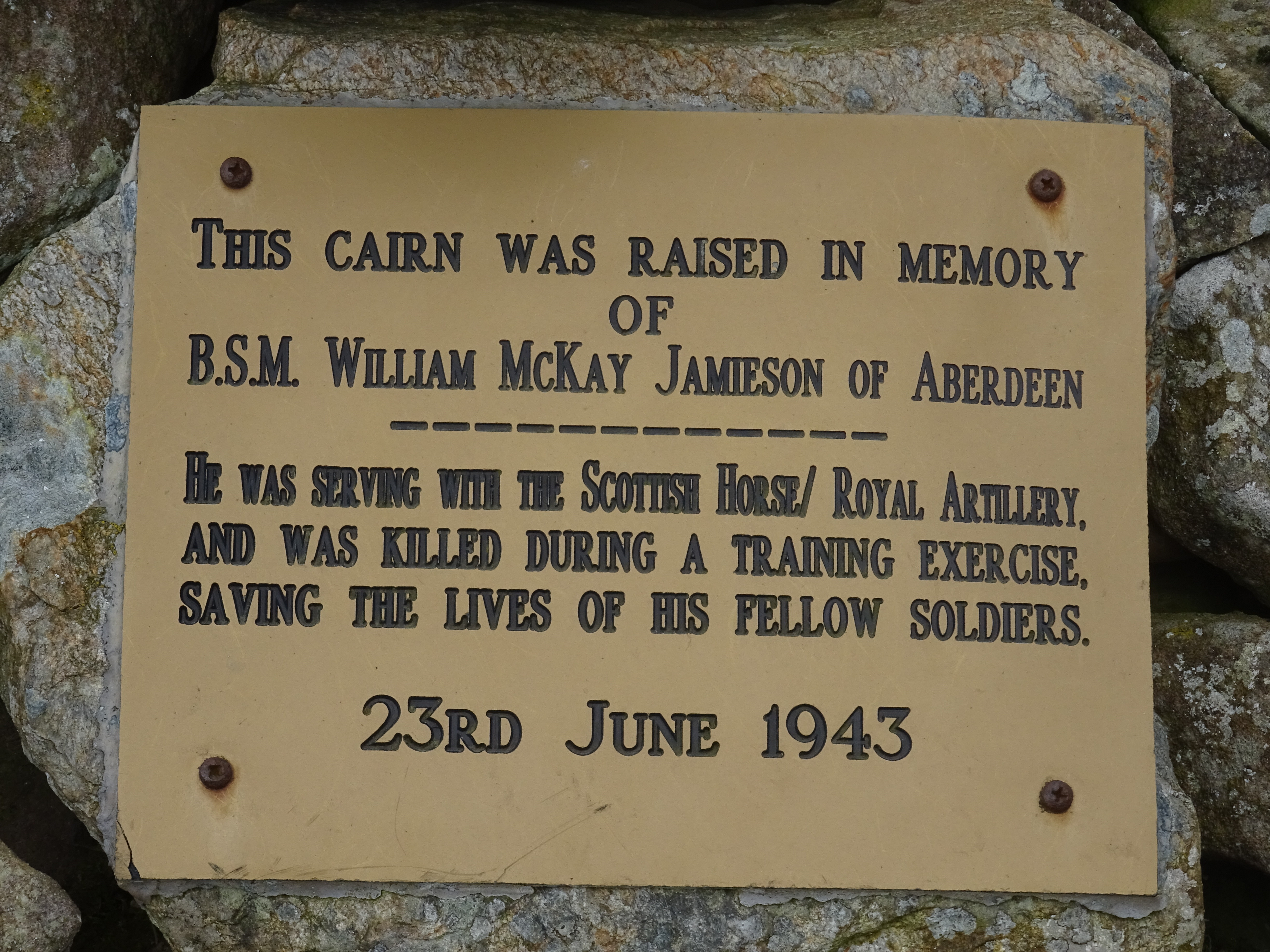 Parminder in his element, 2 trigs in one day

Rescobie Loch south of the summit

After a short drive (about 15 miles) through Forfar (first visit) and we headed off to the car park for Craigowl Hill. I won't do a route as we followed the WH

The green way ahead

Single file now unless you want to mingle with the gorse

Looking south towards the Tay

Quite a few folk dotted about

We had a brief chat whilst ascending as to whether we should tackle Auchterhouse Hill first as a wee bonus and we agreed we would. We definitely made the correct decision as that was the best hill of the day, smallish summit with superb views.

Looking east to what would be our way to Craigowl

Looking across to Craigowl Hill, a few undulations on the cards

Plenty of heather around

Kirkton of Auchterhouse - some rather nice houses 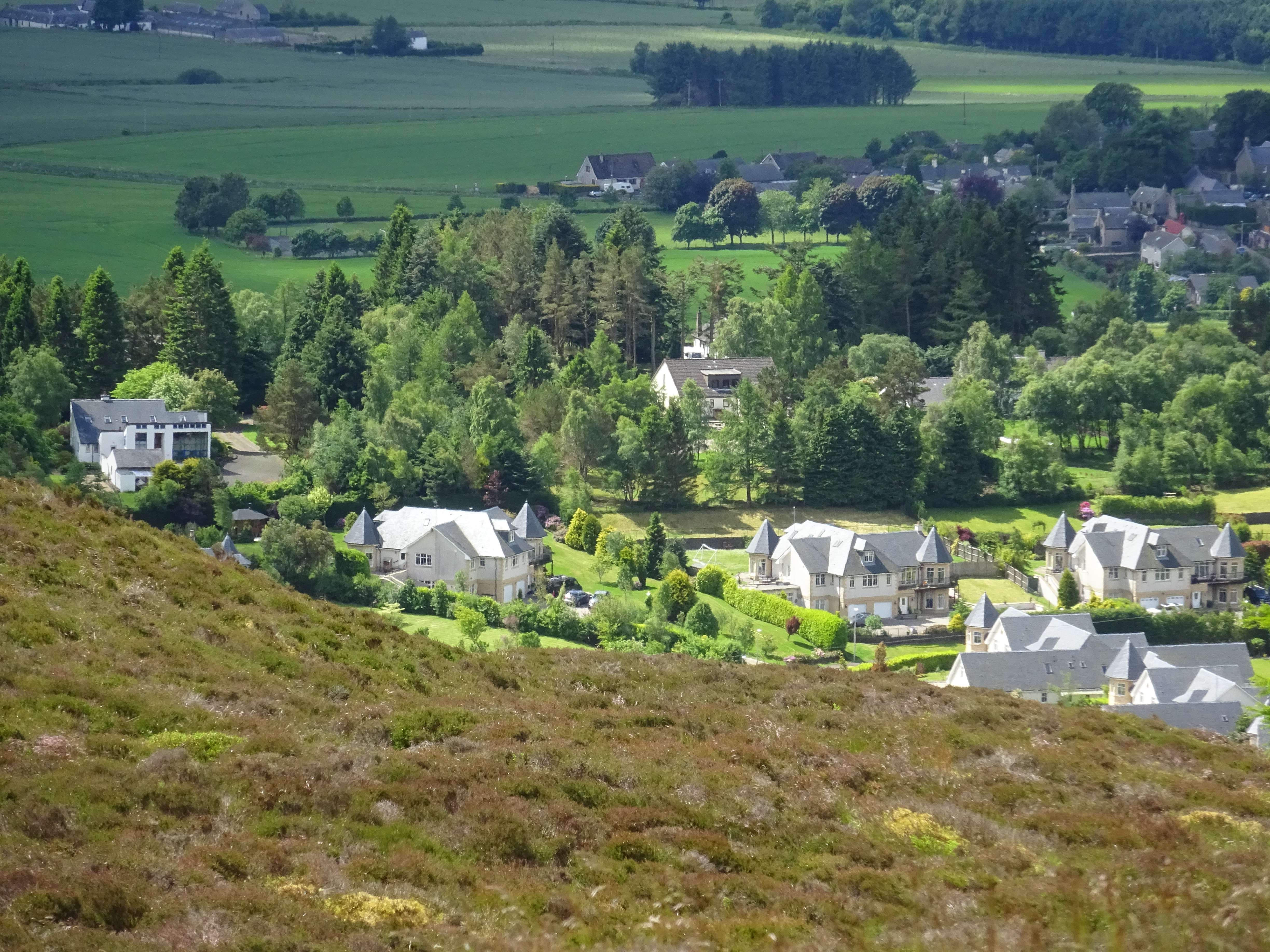 Camera photo of the houses - zoomed 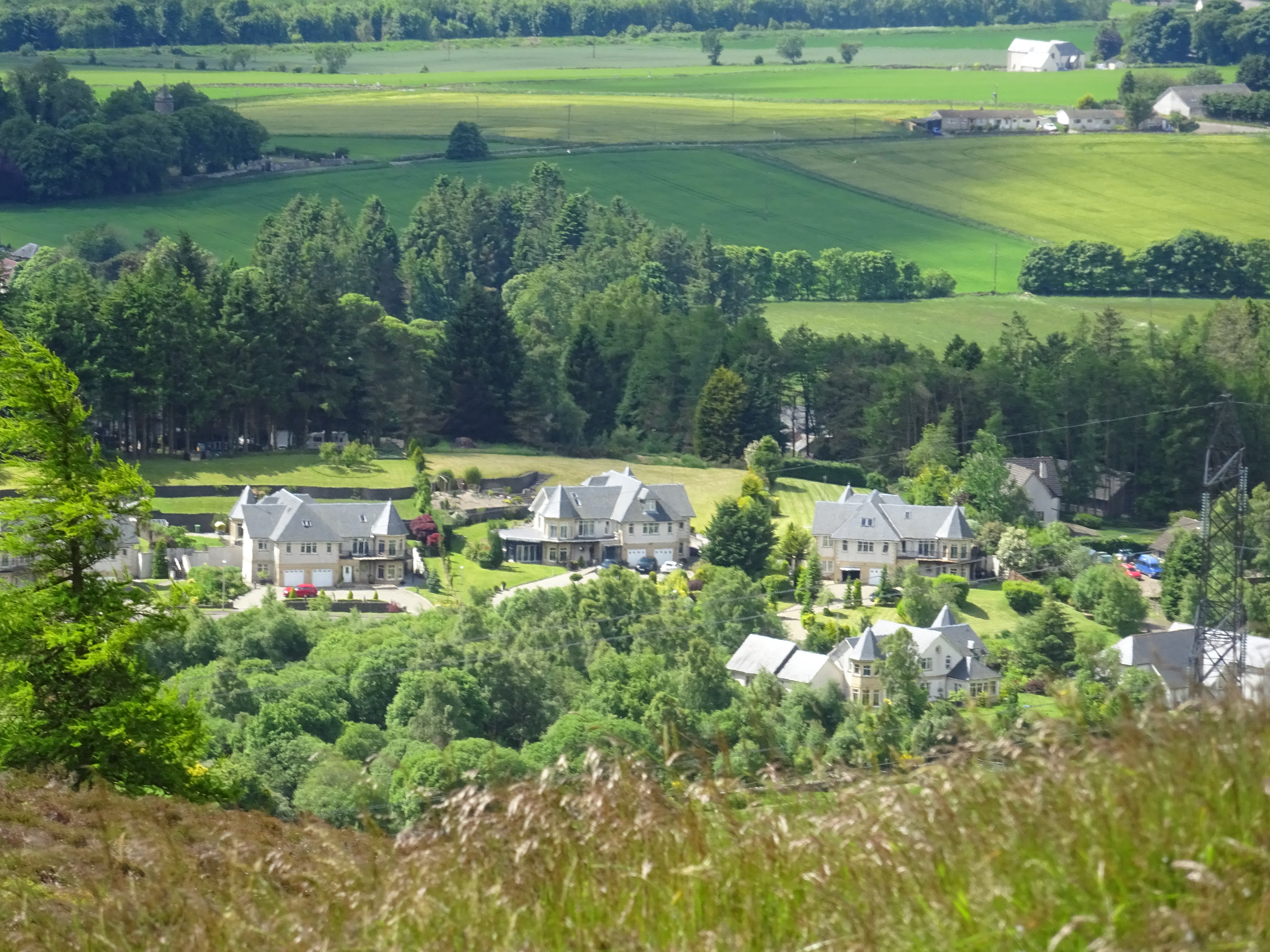 Craigowl Hill, not that far

Looking SE towards Tentsmuir Forest and onto St Andrews

Another descent before the final ascent

Auchterhouse Hill and it protective trees

Masts and all the technical paraphernalia

Got to have a few turbines in a photo

For anyone who is a lover of technology and masts

Parminder preparing the trig for his obligatory photo

Some major huts surrounded by a large fence

Rather than head back along the path we opted to go off piste and cut the corner, heading for the forest

Just when we were thinking we had made a bit of a fopar, a path appeared

I really enjoyed both hills, Turin I was a bit apprehensive as I am always uncomfortable about walking across farmers land. Having said that when you look at other possible approaches to the summit, it is impossible to avoid crossing farming land.
Craigowl Hill as I said earlier is mainly used by dog walkers and has plenty of paths in the forest going in all different directions.