3 days in the heart of the Cairngorms

3 days in the heart of the Cairngorms


My first walk report - after reading so many excellent ones, so stick with me.
With the long weekend ahead it was time to head up north and start "working" on some of the Cairngorm Munros. The plan was to complete one big circuit starting from the Linn of Dee. Headed off from the car park in glorious sunshine at noon on Friday. The first leg would take us over Beinn Bhrotain and Monadh Mor to Loch nan Stuirteag where we were to set up camp. 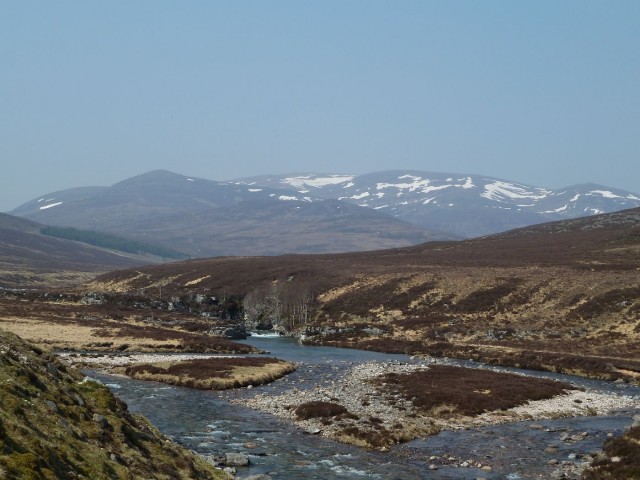 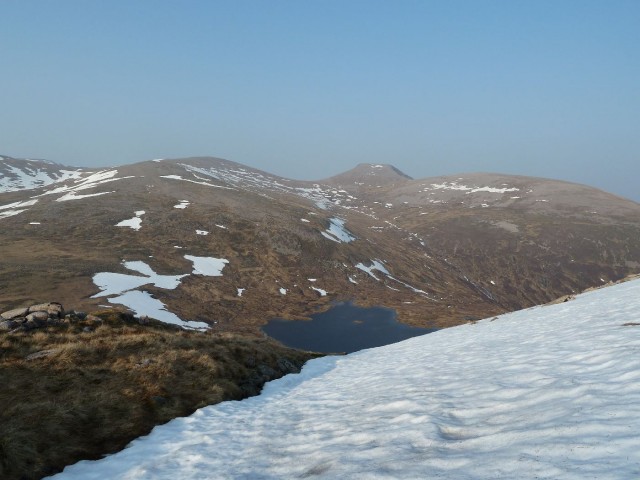 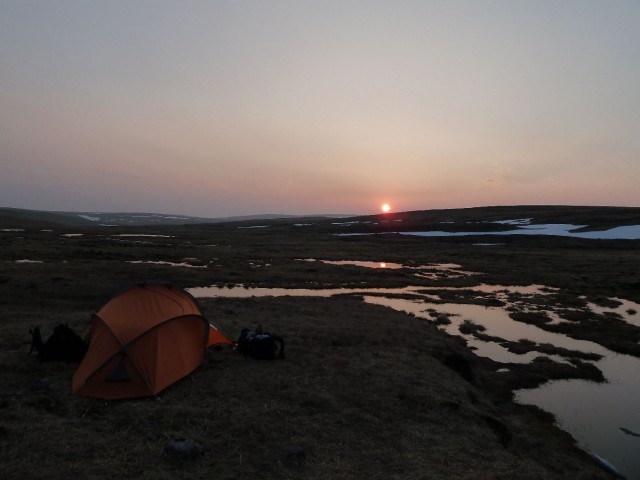 Having read the weather forecast, I wasn't surprised to hear a few showers during the night, but thought nothing of it. It was dry, though cloudy in the morning, so off we went to take in Braeriach, The Angel's Peak, Cairn Toul and The Devil's point. Upon reaching Braeriach in thick cloud, the horizontal rain started and wouldn't stop until we reached Corrour bothy later that day. Having planned to continue further down the glen to camp, we decided to stay in the bothy instead to get dry and stay warm. When we had been up on the Devil's peak we were below the cloud but it had still been raining, so I hadn't taken any pictures of what was the most stunning views I have ever seen in my life. So, when a few fellow bothiers decided to head up there for an "evening stroll", I joined them to take in those views again, this time taking my camera. 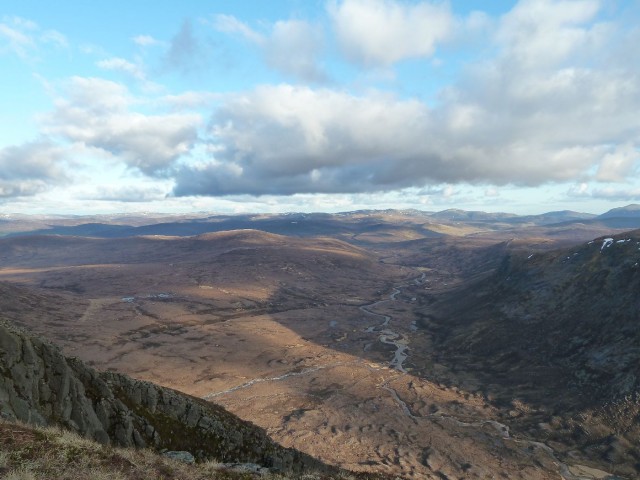 View from the Devil's point 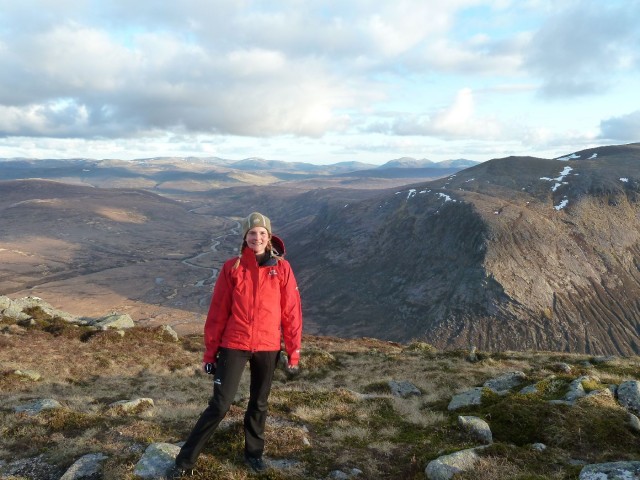 That night the skies cleared completely, revealing stars, stars and more stars. The next day started bright and sunny, but it soon cloudied over. Initially we had wanted to take in Carn a' Mhaim, then continue on to Ben MacDui and Derry Cairngorm, but by the time we had climbed up the path between Carn a' Mhaim and Ben MacDui, the summit of the latter was in clouds again. Being a little tired and not really fancying another "follow the gps" walk, we decided to just traverse Carn a' Mhaim and head back out to civilization. This proofed a rather long walk in itself and we were rather tired but quite happy when we reached the car. 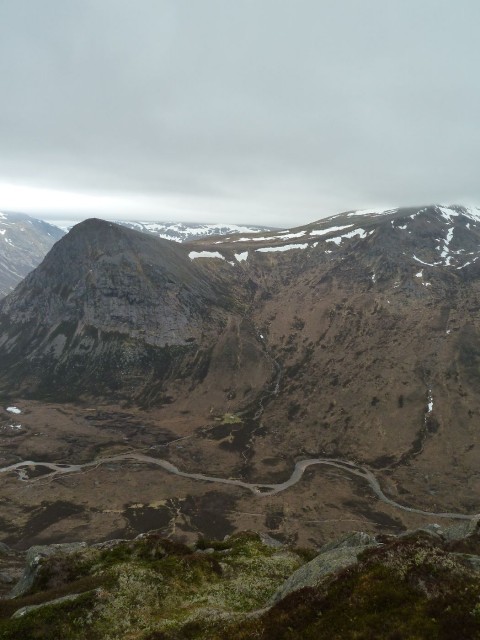 Having grown up in Switzerland, I have felt a sense of vastness and isolation on pretty much every walk I have done in Scotland since I moved here but the beauty of what I saw during those three days just took my breath away. Pitty we didn't have any views during the traverse from Braeriach, but I will forever remember the moment I first saw the view from Devil's point and I can't wait to go back.

mb_cairngorms.gpx Open full screen  NB: Walkhighlands is not responsible for the accuracy of gpx files in users posts

Good report and a big effort from you on this one ,well done ,hoping to get up ben macdui and derry cairngorm this friday so good to see your pics

Excellent! Really enjoyed this report. I'm hoping to do a similar trip to this soon taking in the 6 western hills you did. Thanks for the pic of your campsite, I was wondering if there was some good ground around that lochan.

Stretch: We ended up camping a short distance away from the Lochan since it was more wind-protected and dryer, but there are some good spots around. Enjoy!

Impressive!
I will be doing these plus the Glen Feshie Munros in two weeks time. Your report has given me thought for food.

Great pics and first report solarflare.
High camping is obviously the way to bag them in the Cairngorms.

I agree with you about The Devil's Point - it may be the baby of the Cairngorms in terms of height but I don't think it's views can be bettered.

solarflare wrote:but by the time we had climbed up the path between Carn a' Mhaim and Ben MacDui,

looks like this is how you got from the Lairig Ghru up to Carn a' Mhaim - wondered if you could tell me if there's a track/path please and how you found it ? thanks

Yes rockhopper, there is a path. If you look out for it coming along the main path you should be able to spot it (the route on the map above shows roughly where exactly it leaves the main path). As you approach the burn higher up it becomes fainter, so just turn into a south-easterly direction away from the burn and up until you regain a good path coming down the ridge from Carn a' Mhaim.