After completing Ben Vorlich earlier in the day I got back to the car early afternoon and decided it was too early to head home so I decided to tackle Ben Lawers.

If you have read my previous reports you will notice that during my early Munro-bagging career I was very unprepared (no map, compass, munro book etc, etc.) but I did have a good pair of boots

Anyway, I used my road map (which also contains munro's) to find my way to Ben Lawers car park.

So, 4.25pm and time to start. I didn't realise before I started that by bagging Ben Lawers I would be bagging another Munro, Beinn Ghlas! Man, hindsight is an embarrassing thing Beinn Ghlas from start of walk

Halfway up Beinn Ghlas & I look over to see my other conquest earlier today, Ben Vorlich. Loch Tay in the foreground. Finally, I reached Beinn Ghlas & looked over to the glorious view of Ben Lawers. This was to be my 4th Munro and I was still very unexperienced - I actually got a chill up my spine when I looked at it. Thoughts of sliding down the mountain crossed my mind but I shook these off and got on with it! Thankfully my fear levels now aren't what they used to be 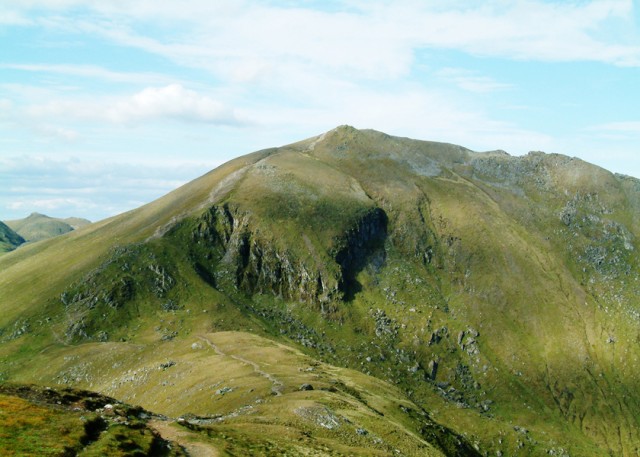 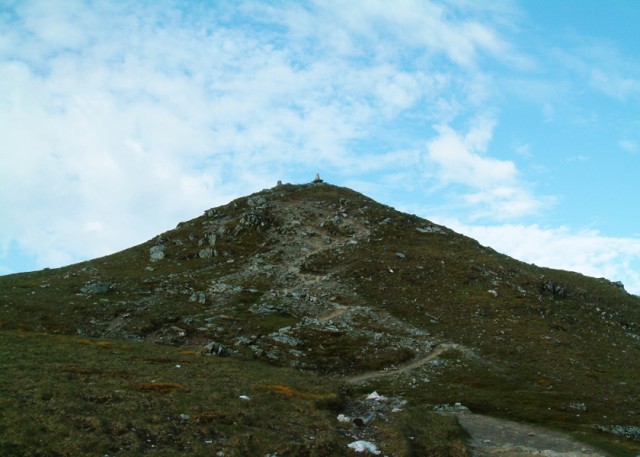 The only downside with doing walks on your own is that you have to do these self-timer photo's. Even with my trusty mini-tripod (bought from Poundland

I still couldn't get a good angle.) Me at trig point

As it was now 7.30pm I decided to end my day at Ben Lawers and head back to the car. The other Munro's in the Lawers group will have to wait for now. You get a nice views of Beinn Ghlas on the return. I returned to the car park the same route as I came up. Another shot of Beinn Ghlas from descent of Ben Lawers Another shot of Beinn Ghlas from Ben Lawers descent

Arrived back at car park for 9.25pm, and after tackling Ben Vorlich earlier in the day I was shattered!

Dedication to the bagging-cause. That's what that was. I'd have been tempted to find a watering-hole after Vorlich.

No problem starting that late in the evening though, at that time of year. I guess it's still light at 10pm?

Aye, was still light when I came back down. At least I had it all to myself as the tourists had left long before!